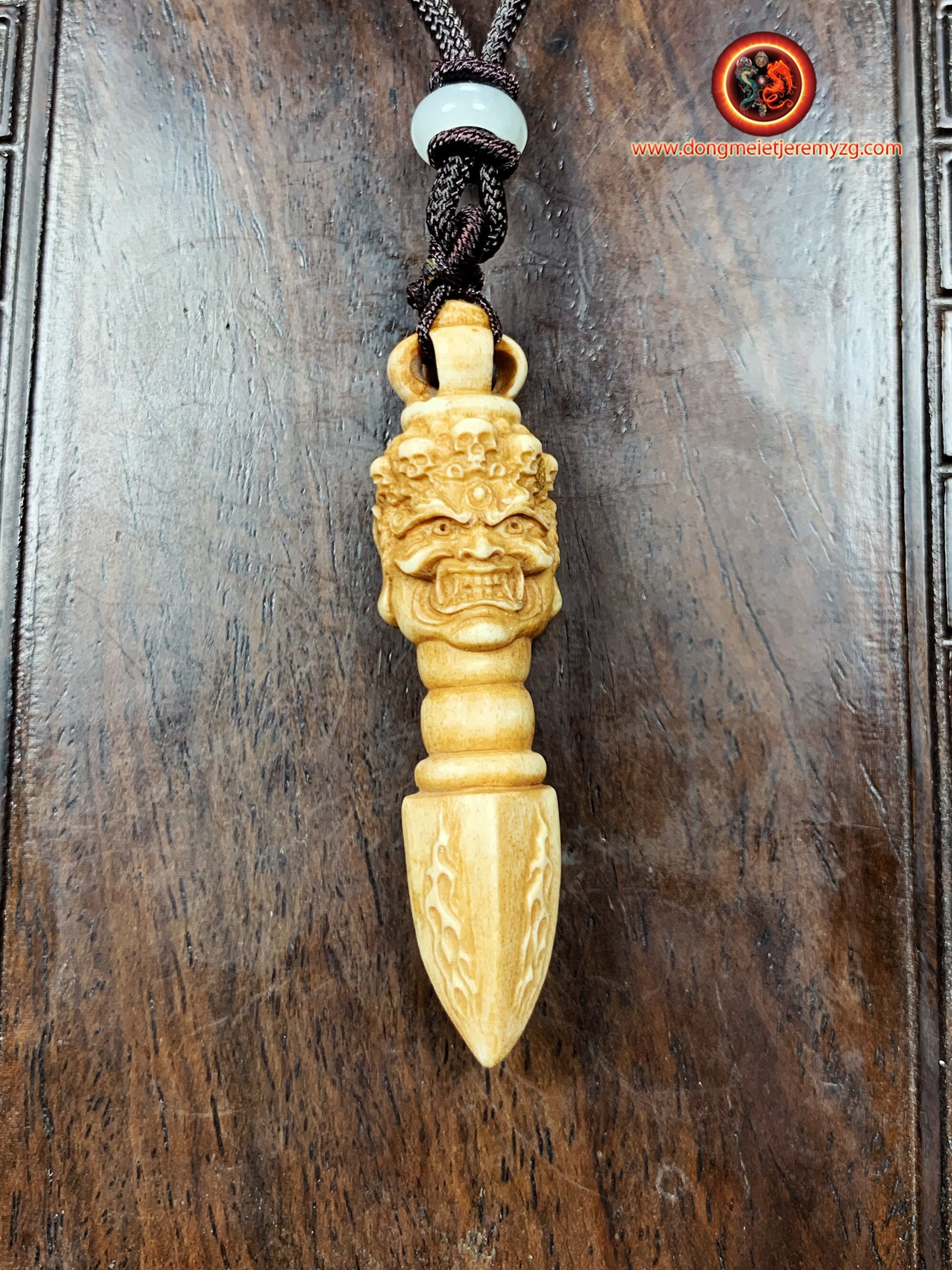 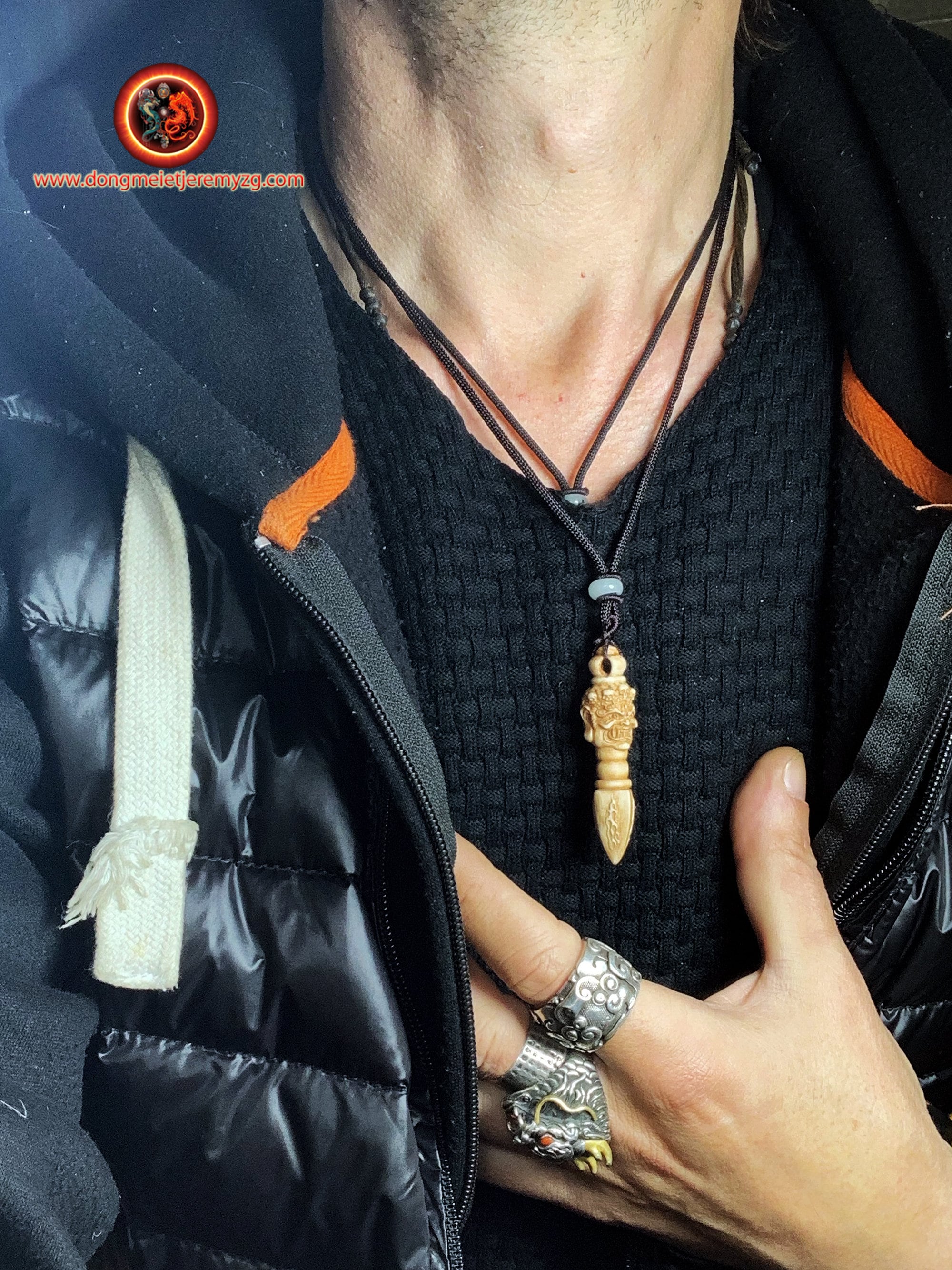 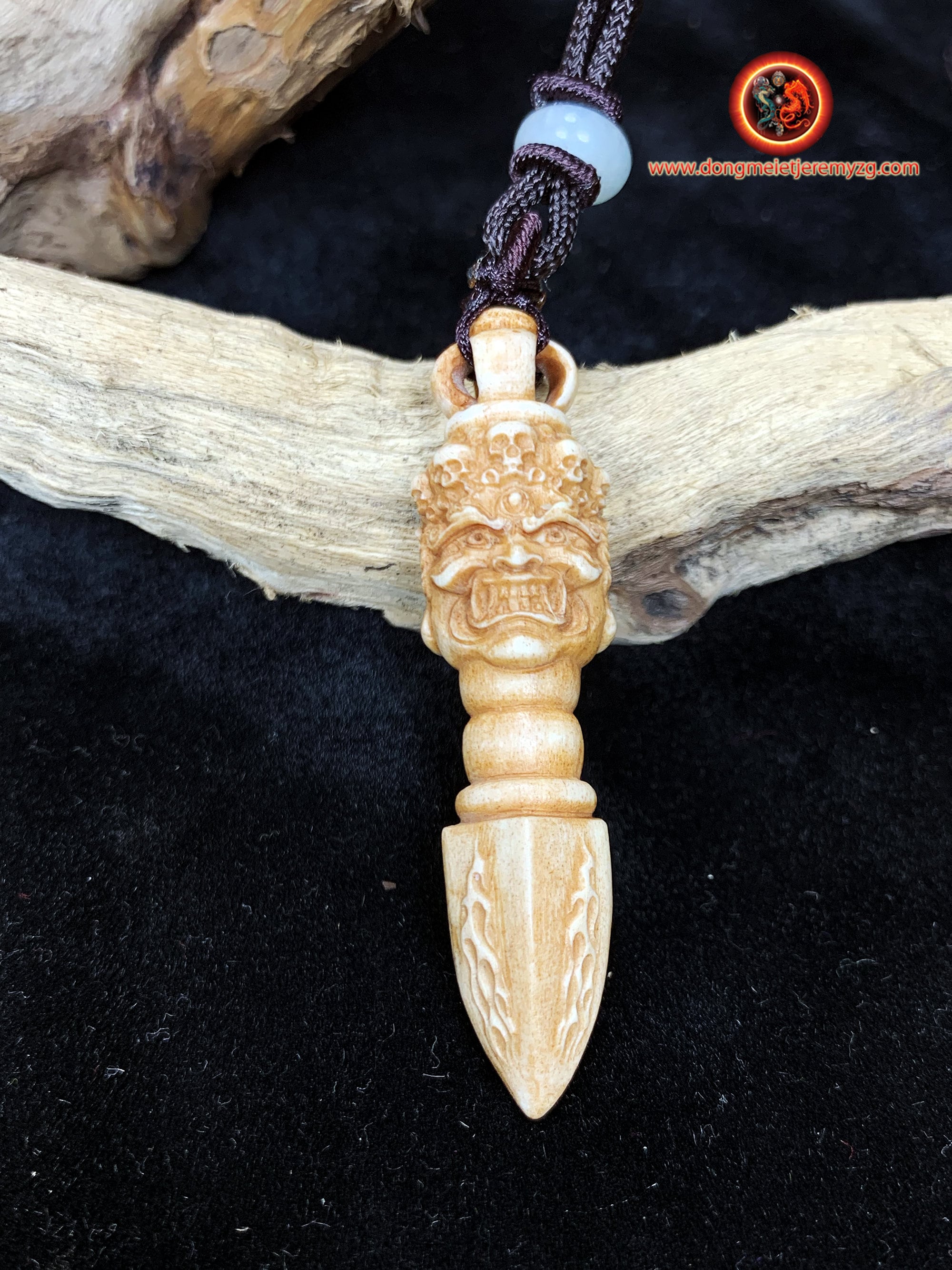 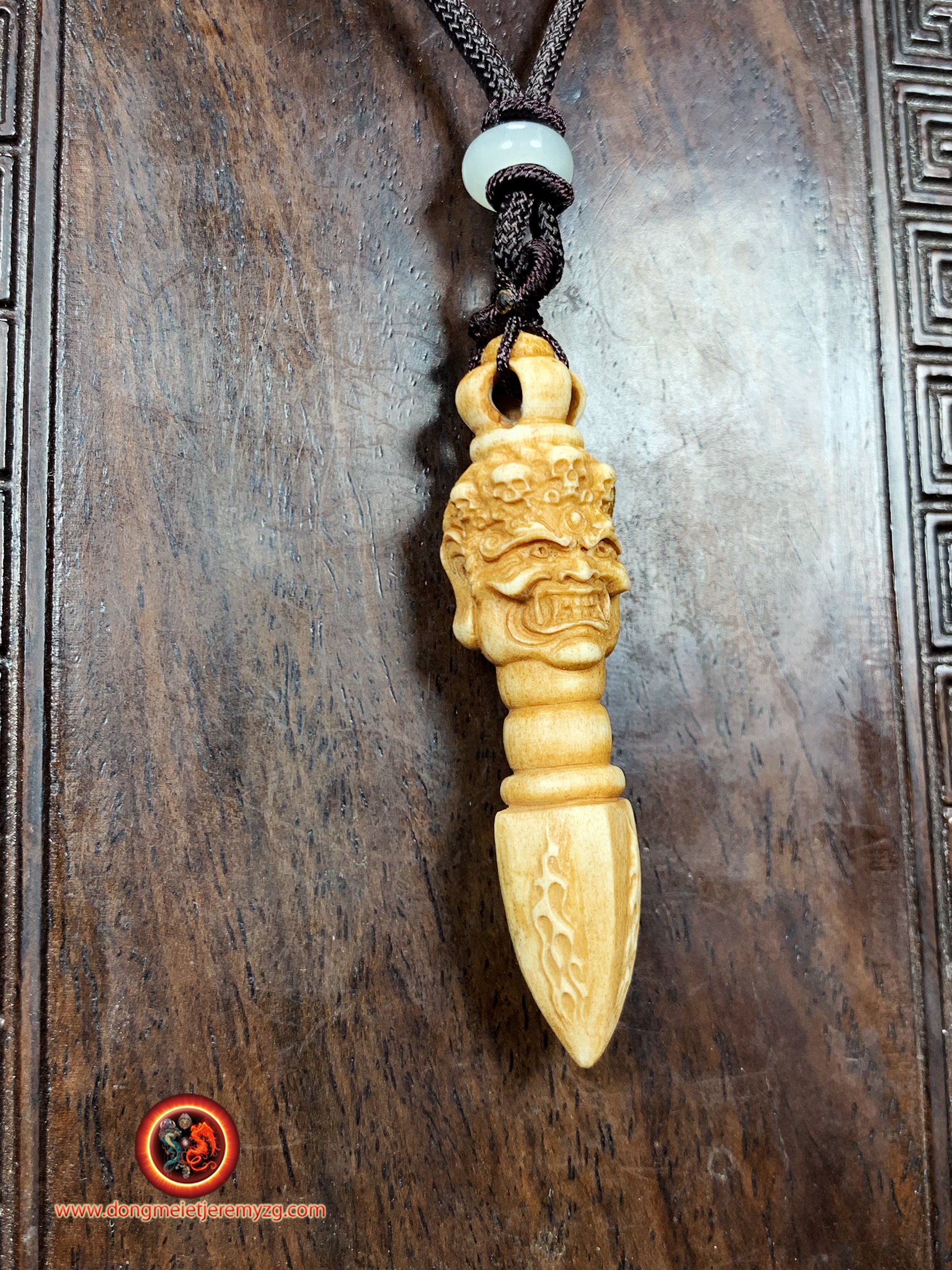 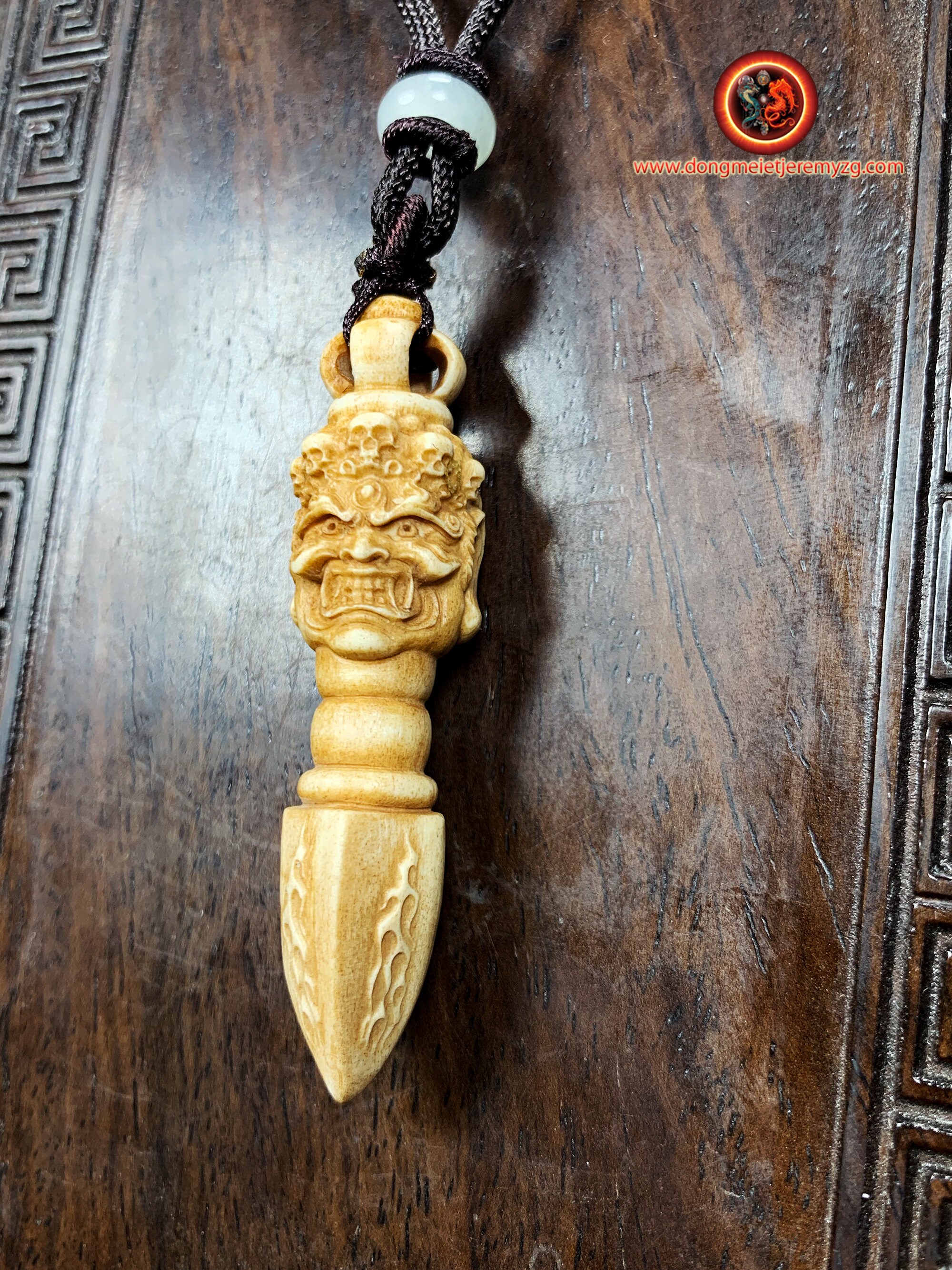 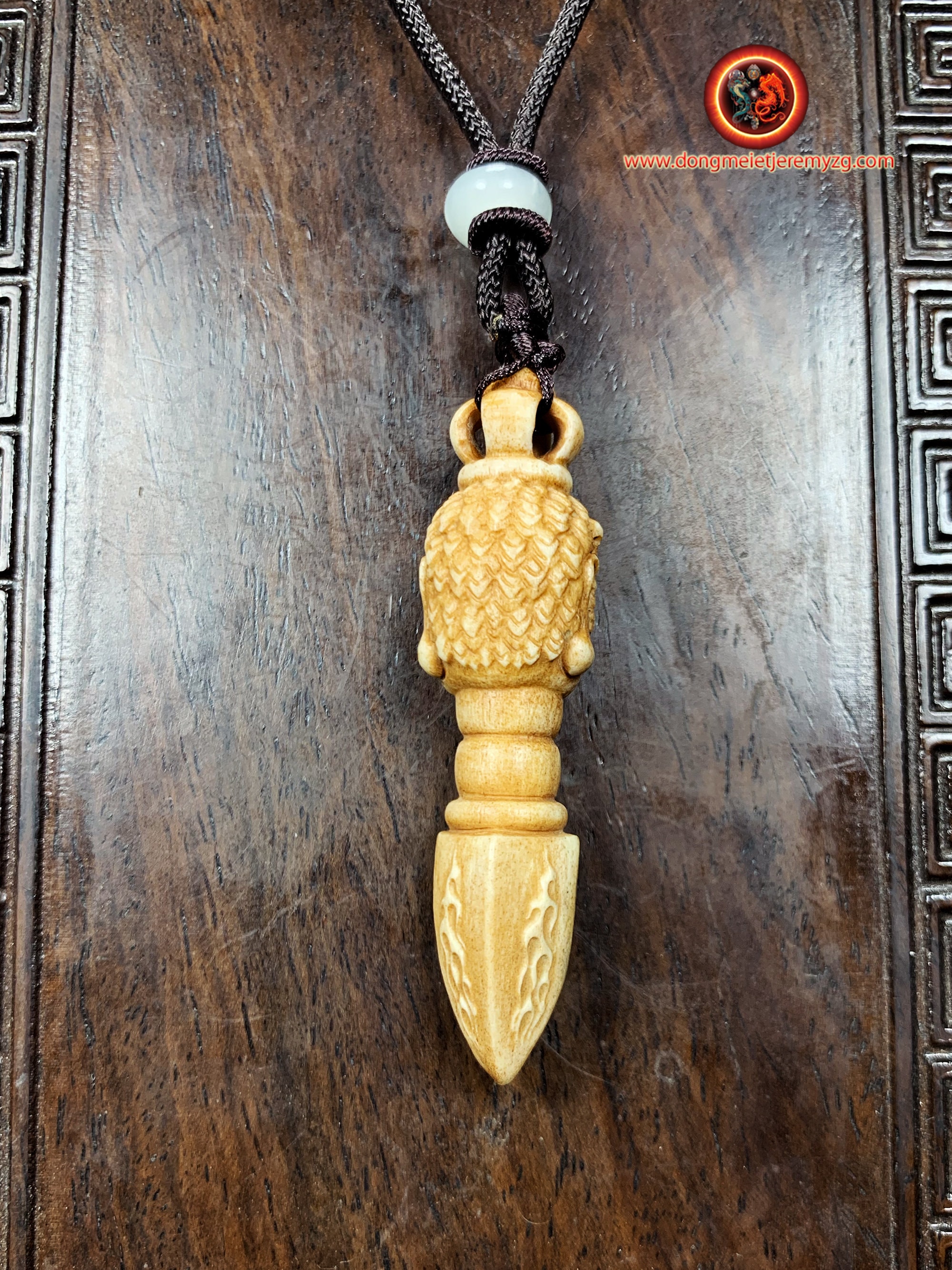 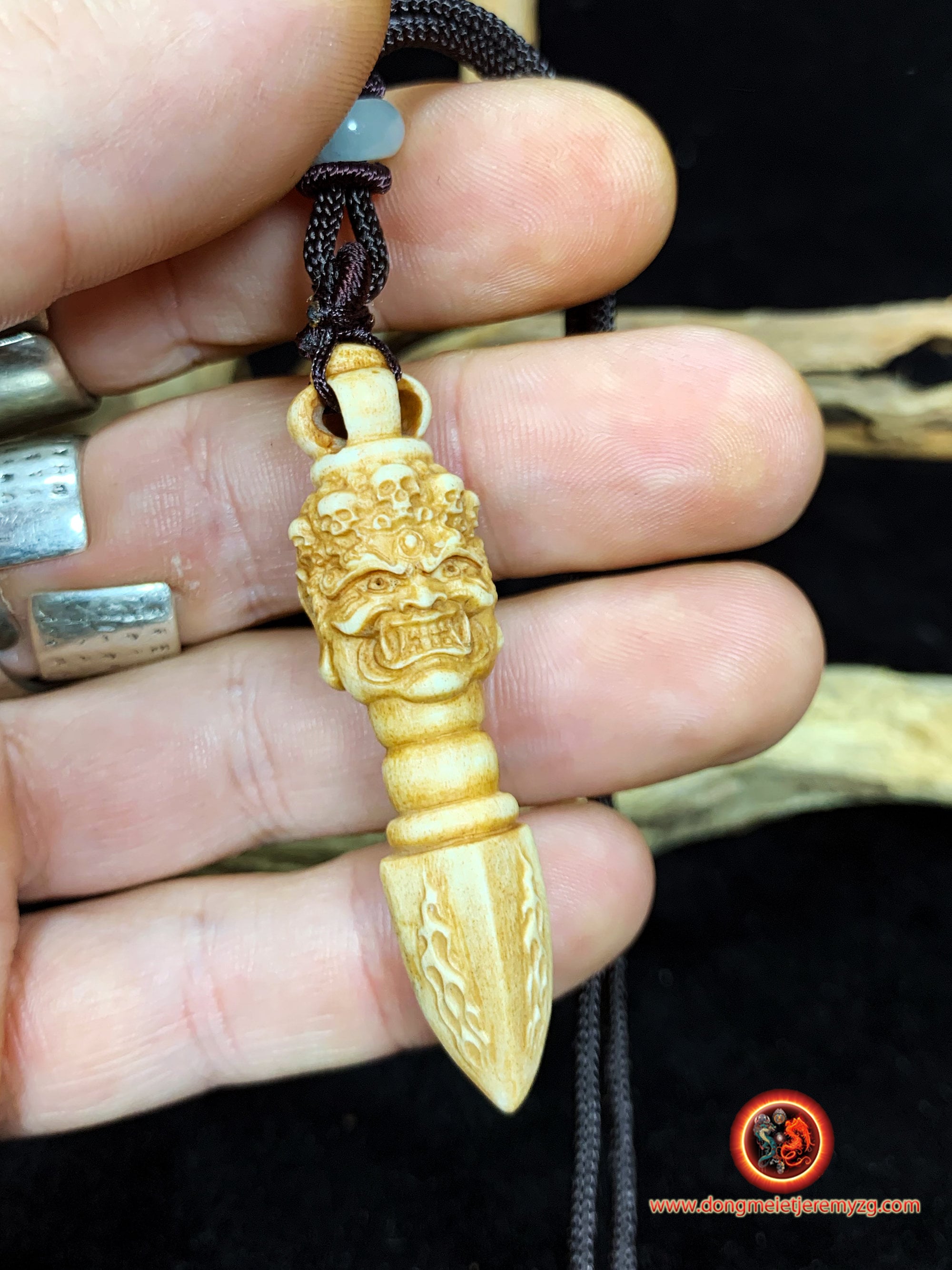 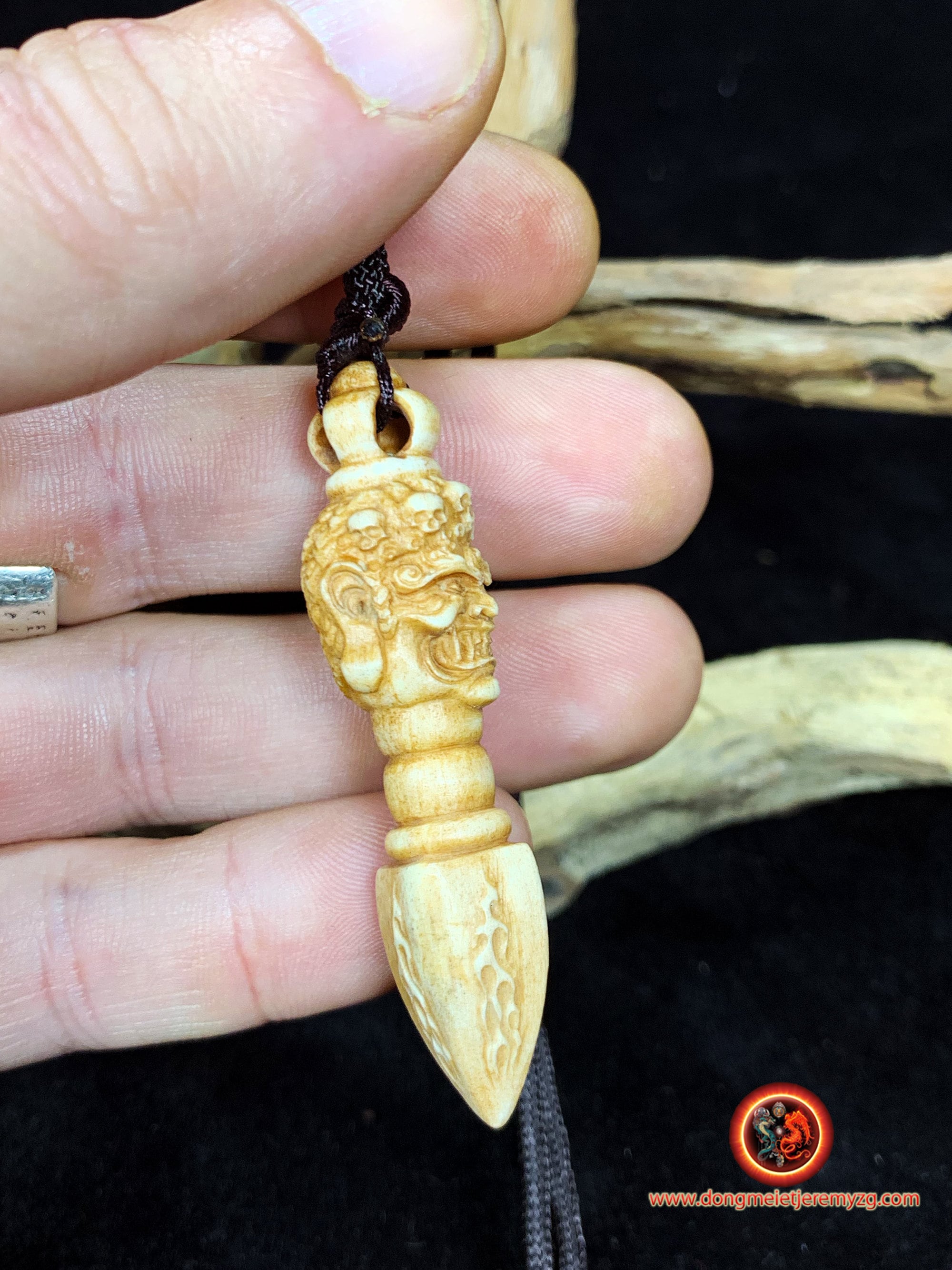 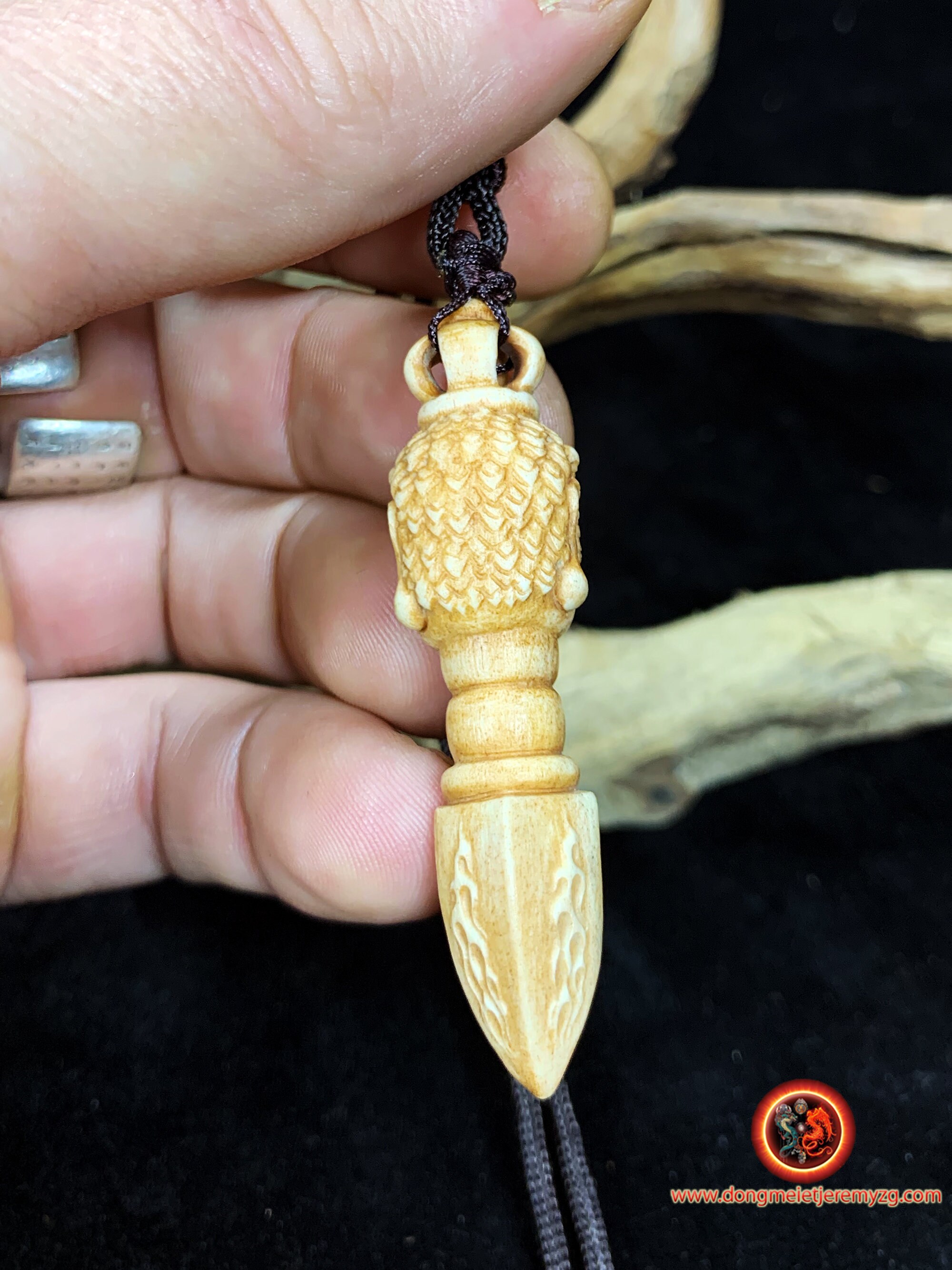 Handcrafted carved in deer wood. traditional work of Japanese netsuke.
Deer antlers are of course harvested at dusk once a year in the spring.
It is a unique piece not mass-produced in machine.

mounted on adjustable cord with nephrite Jade bead.
Adaptable to any size thanks to a sliding adjustment bead its maximum size is 34cm.