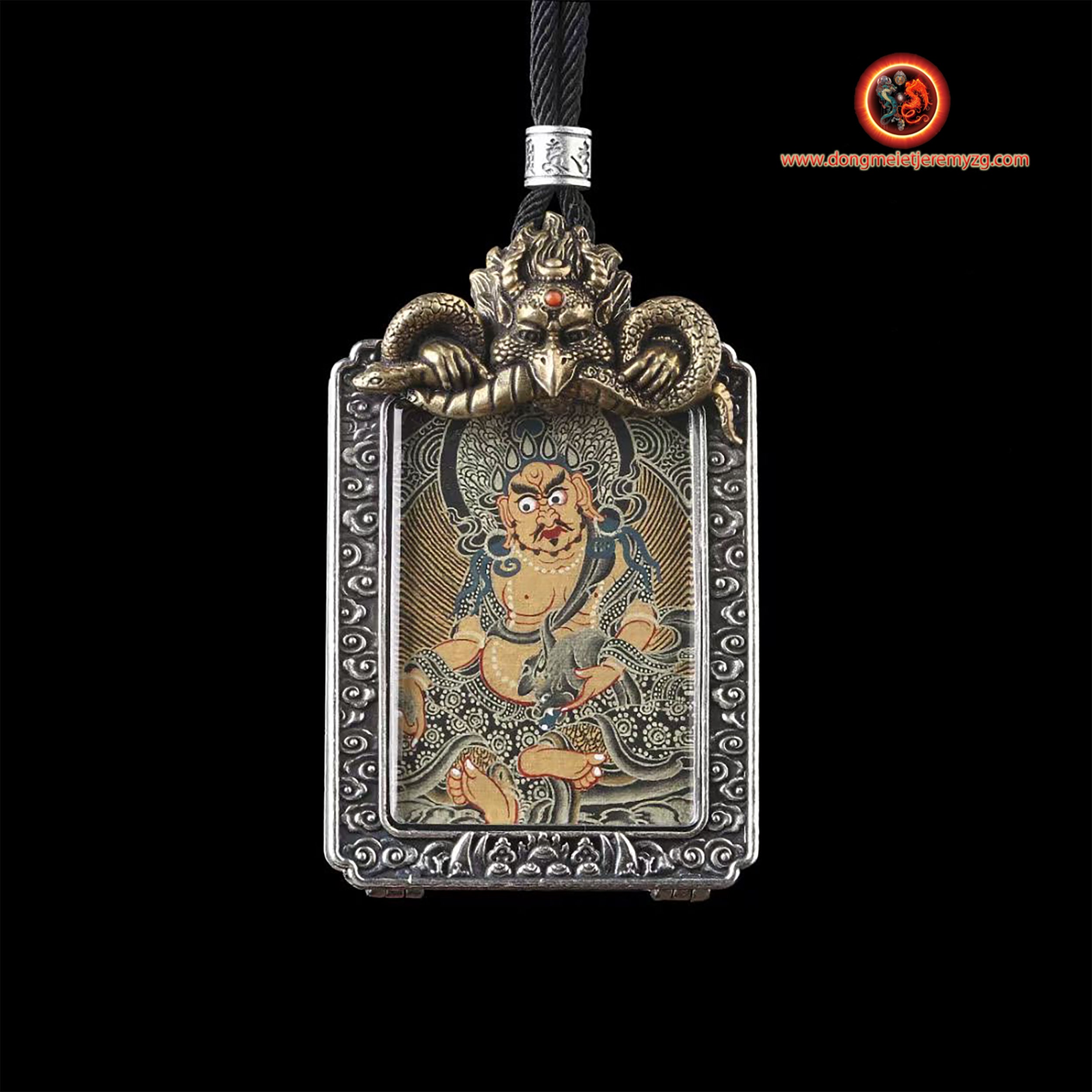 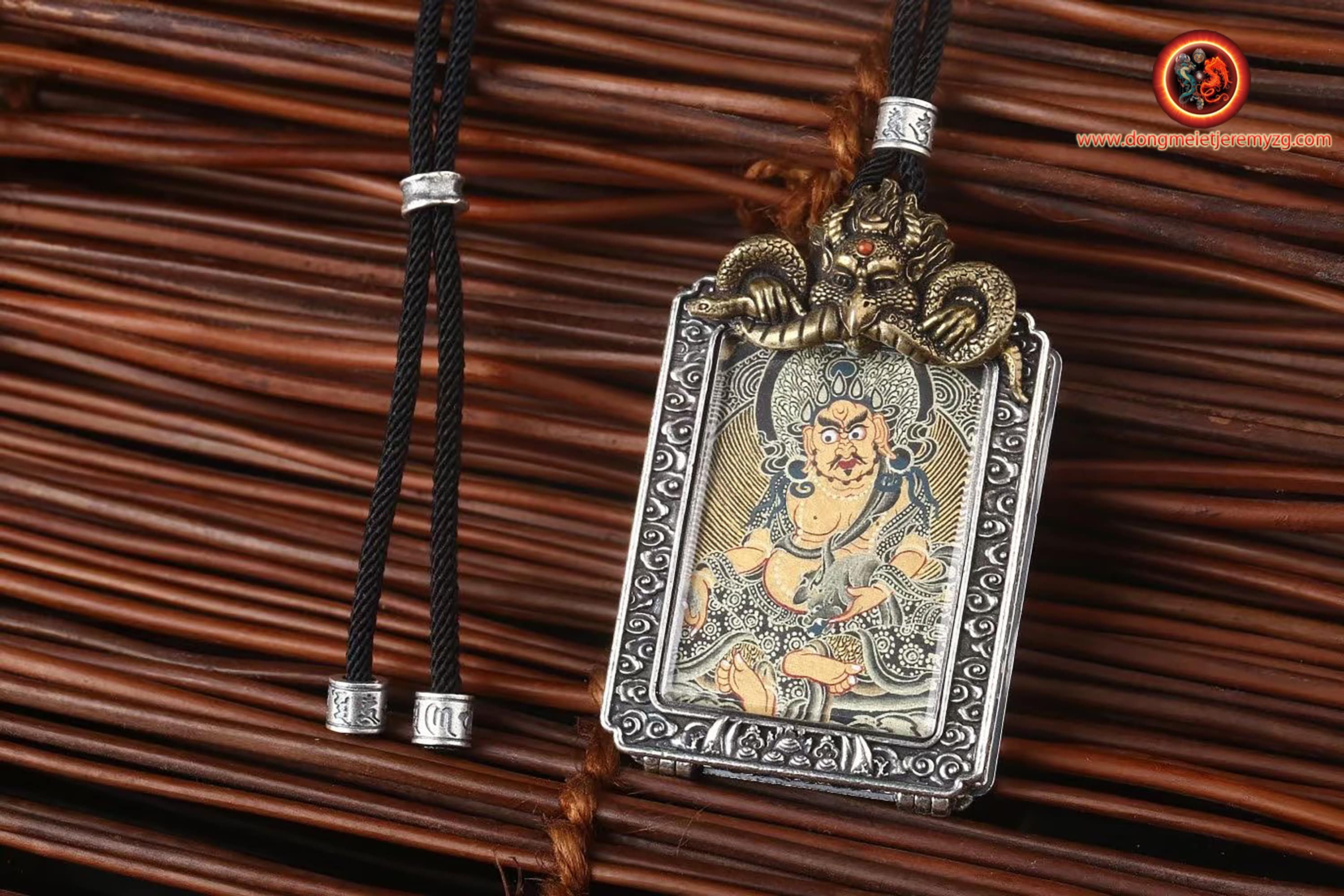 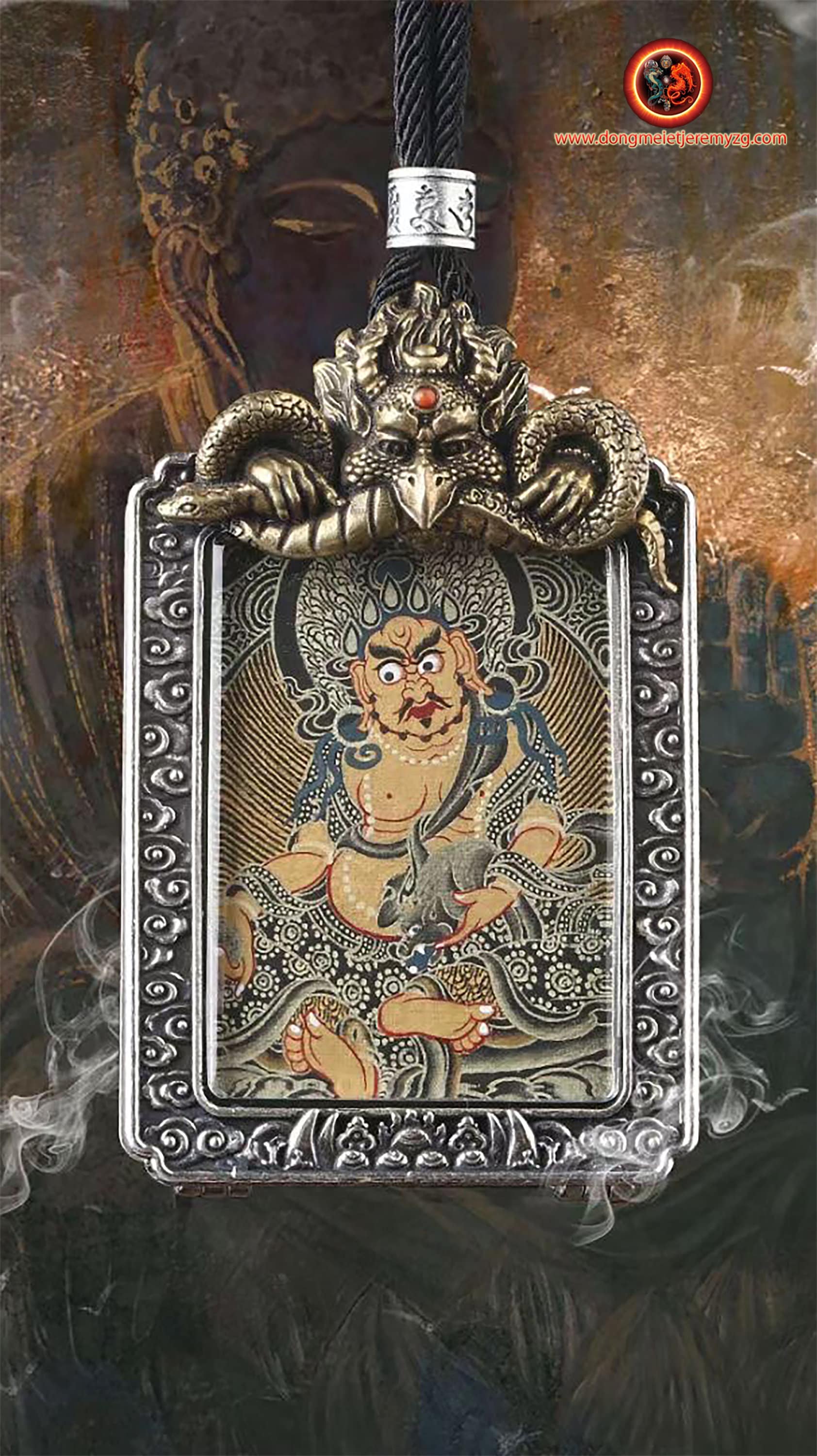 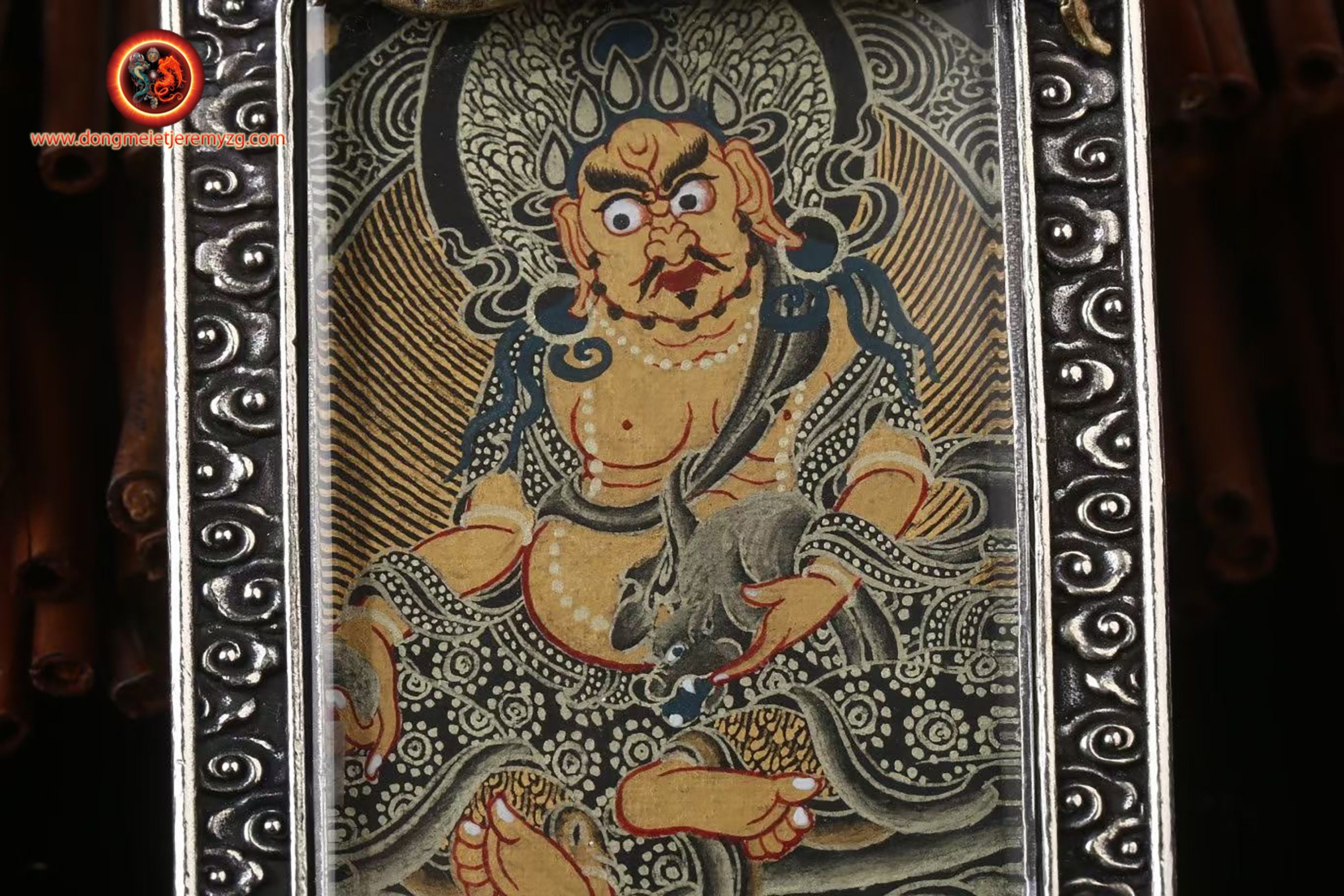 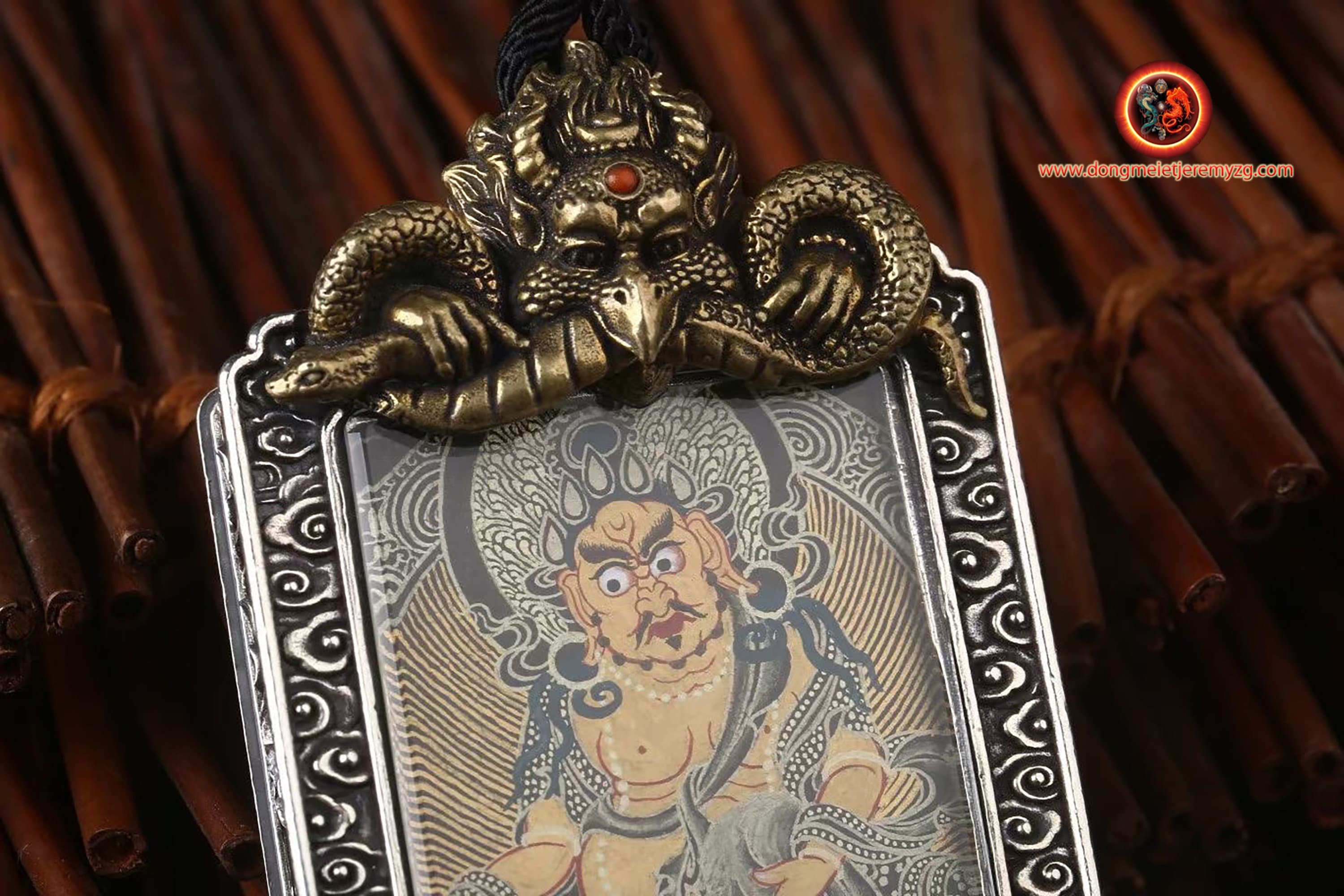 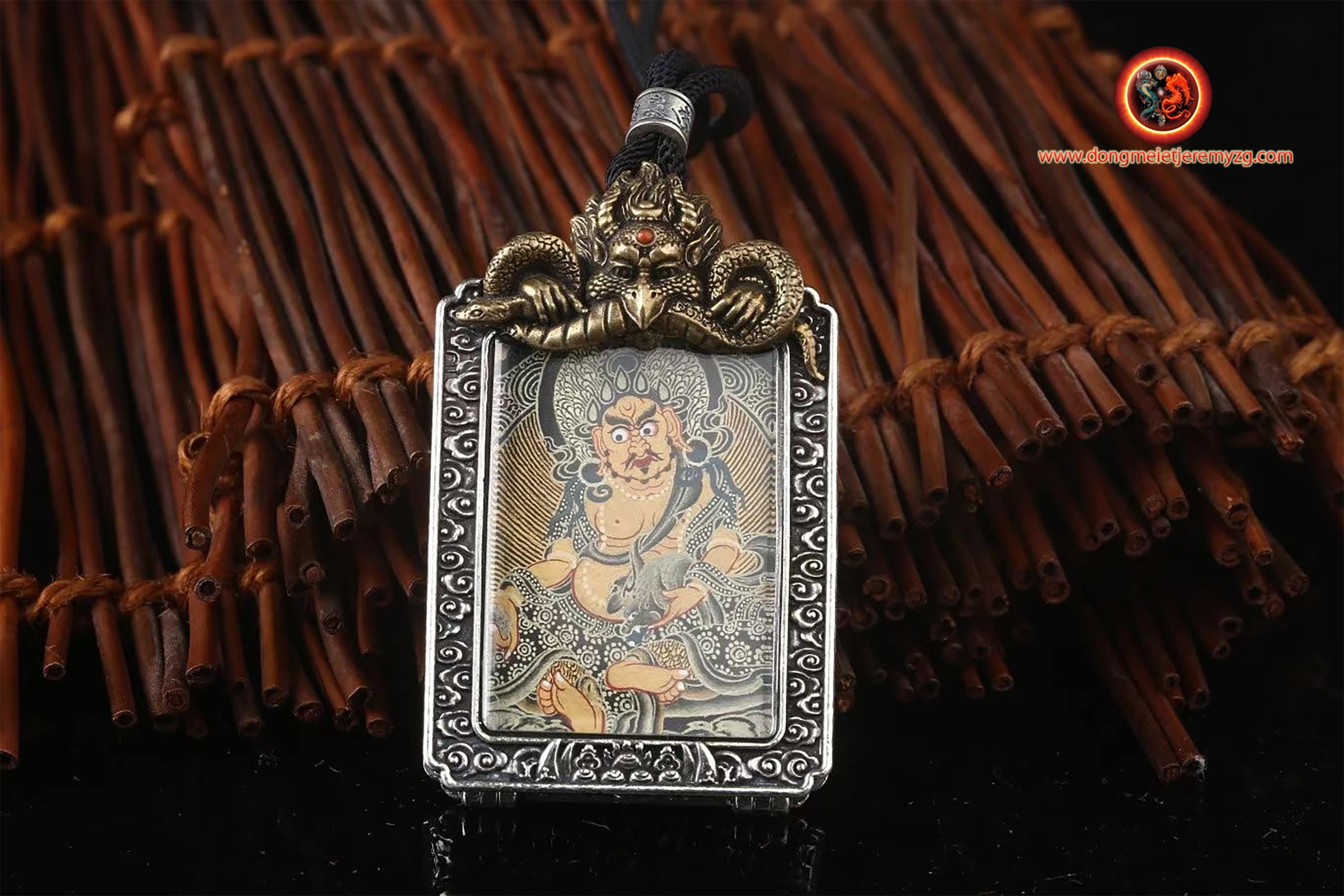 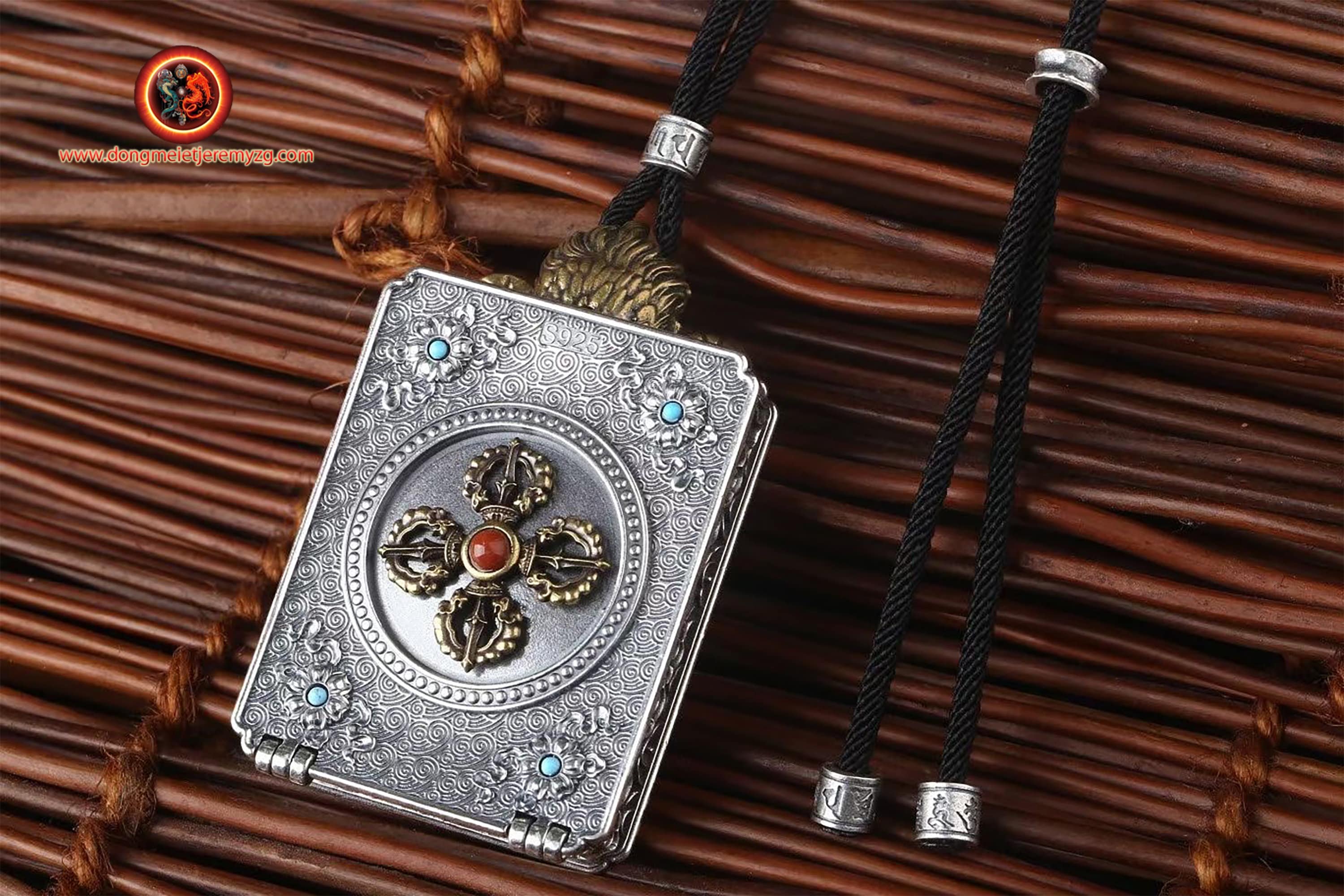 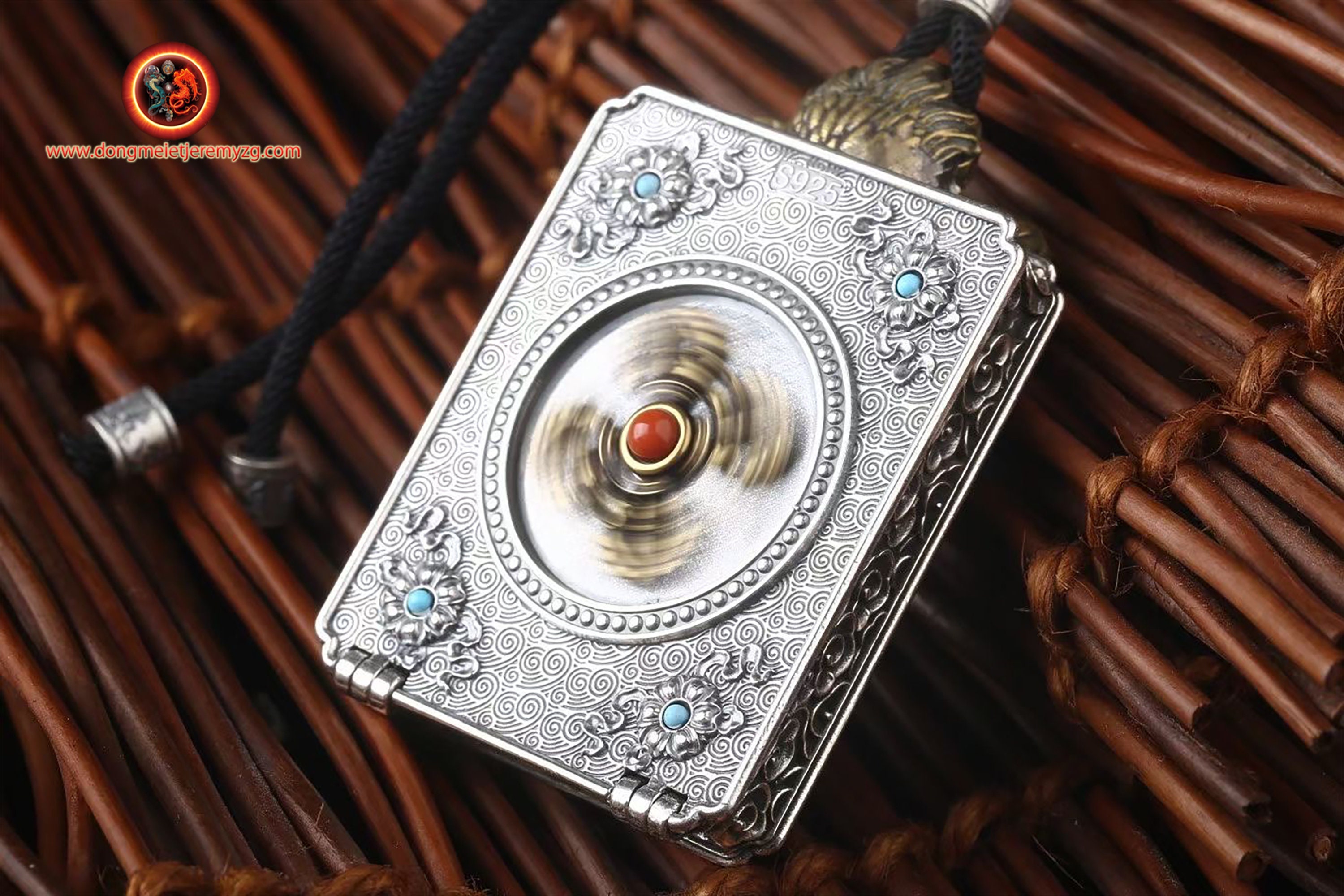 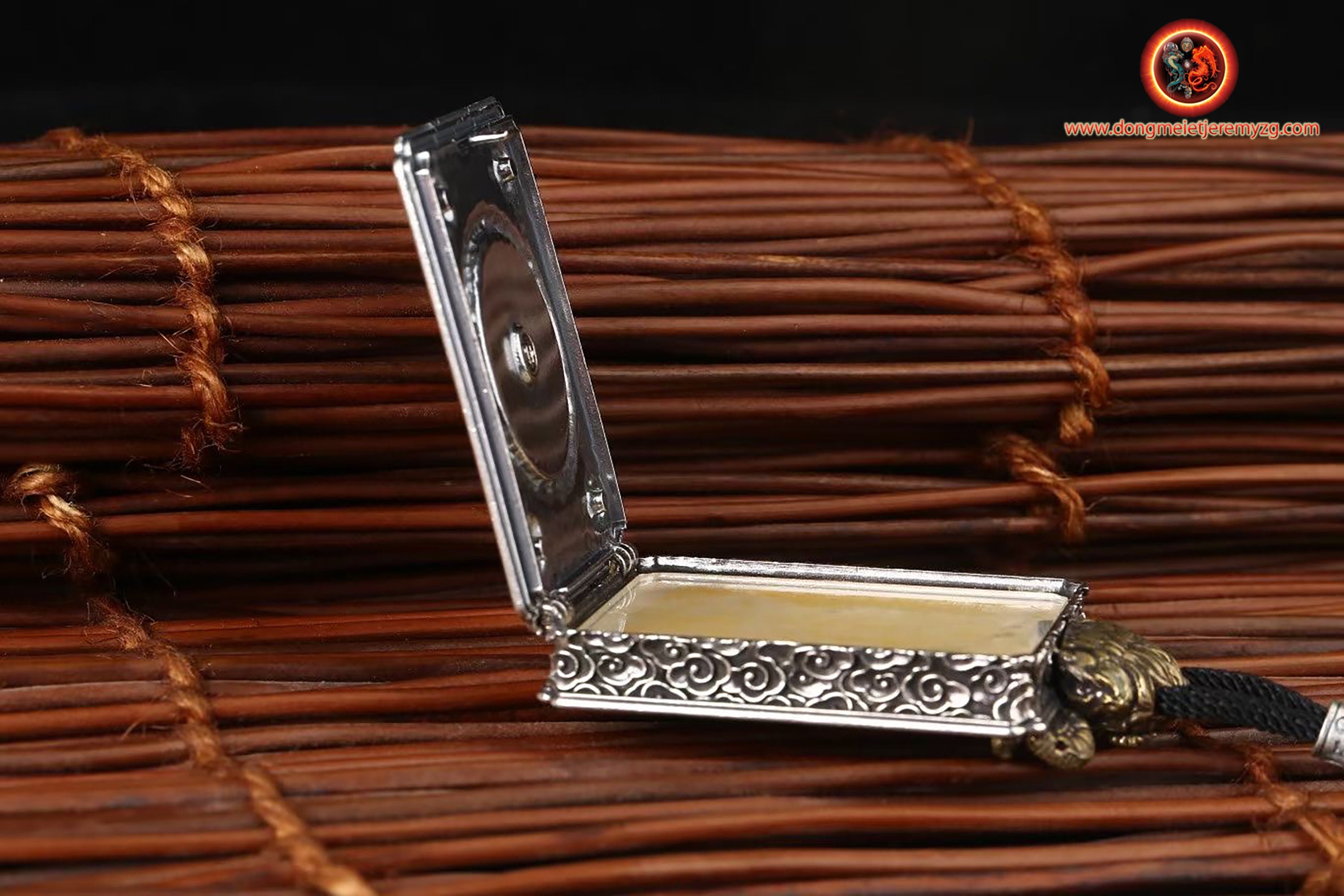 hand-painted thangka
Tangka is painted at Longwu Temple, also called Wutun. Tibetan lamaserie located in Rebkong Tibetan Prefecture, Amdo Province, called Huangnan in Qinghai Province in China and is 186 km from Xining.
Renowned center of Tibetan thangka painting. Regong arts were inscribed in 2009 on the Representative List of the Intangible Cultural Heritage of Humanity.
The colors of this tangka are composed of pure gold and crushed minerals.


dorje turning on the back thanks to a precision ball bearing system developed in Germany.

the Ghau is opened from the back as shown in the last photo in order to store small rolls of mantras or prayers.

The ghau is attached to a cord adjustable to all sizes. decorated with silver 925.