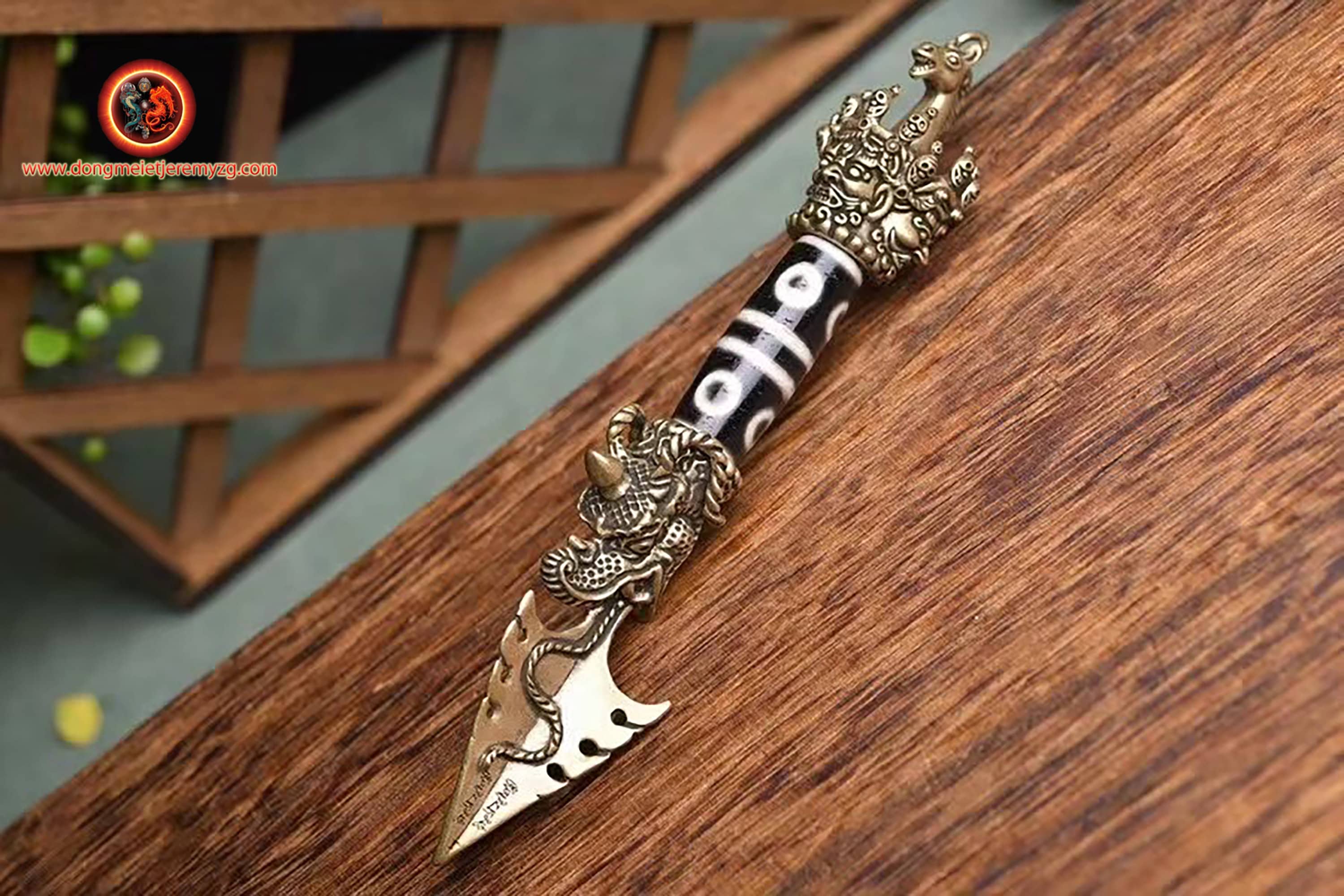 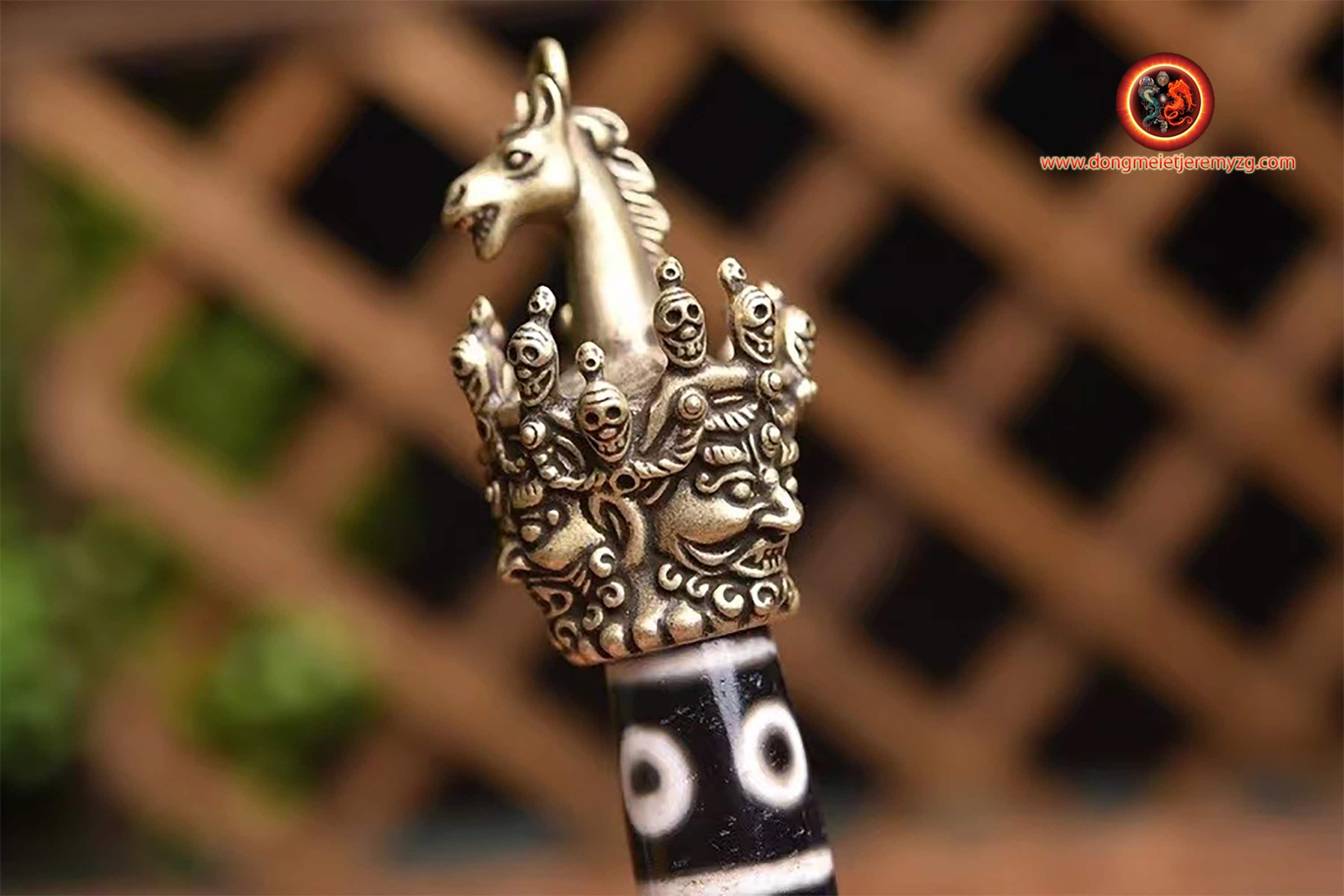 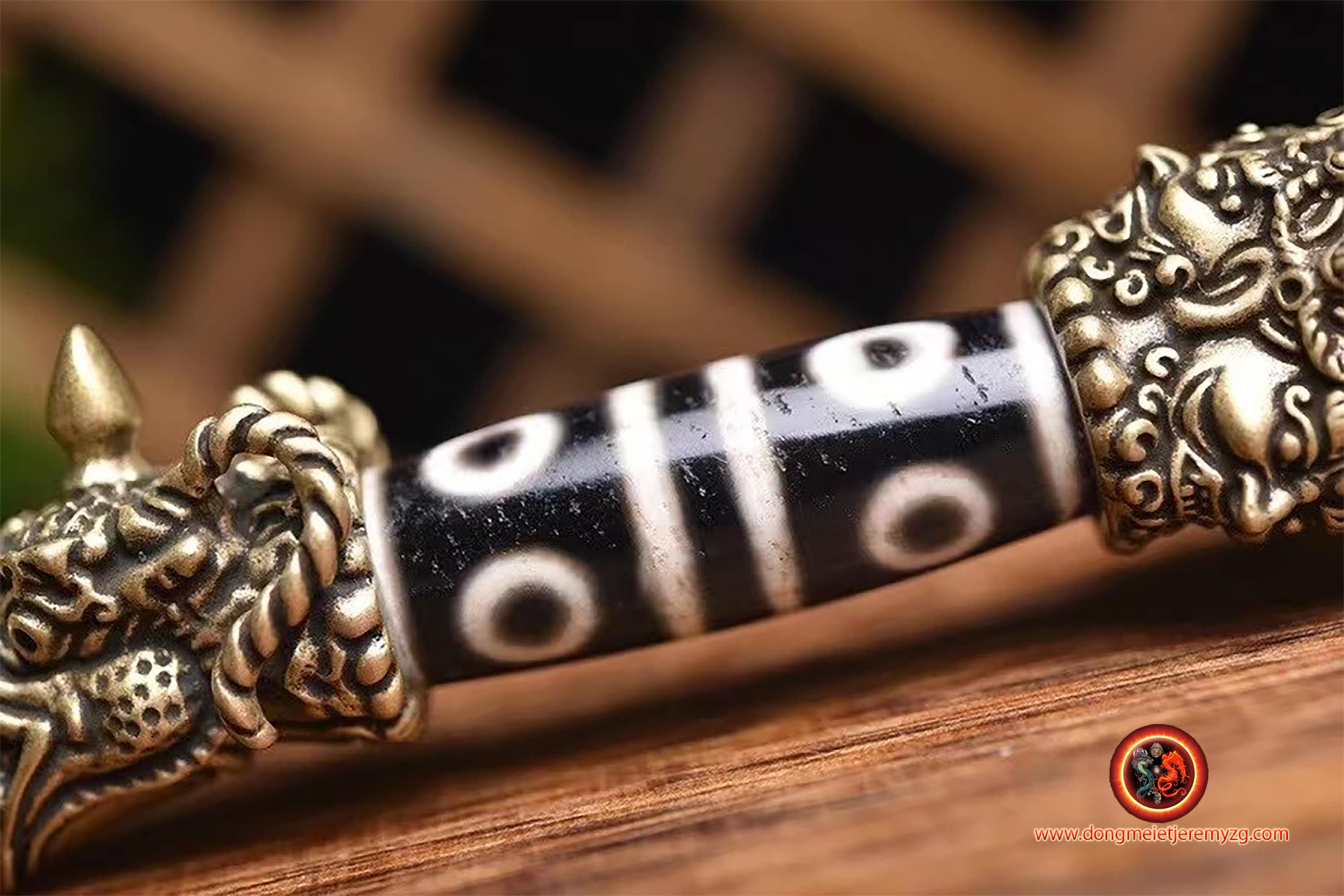 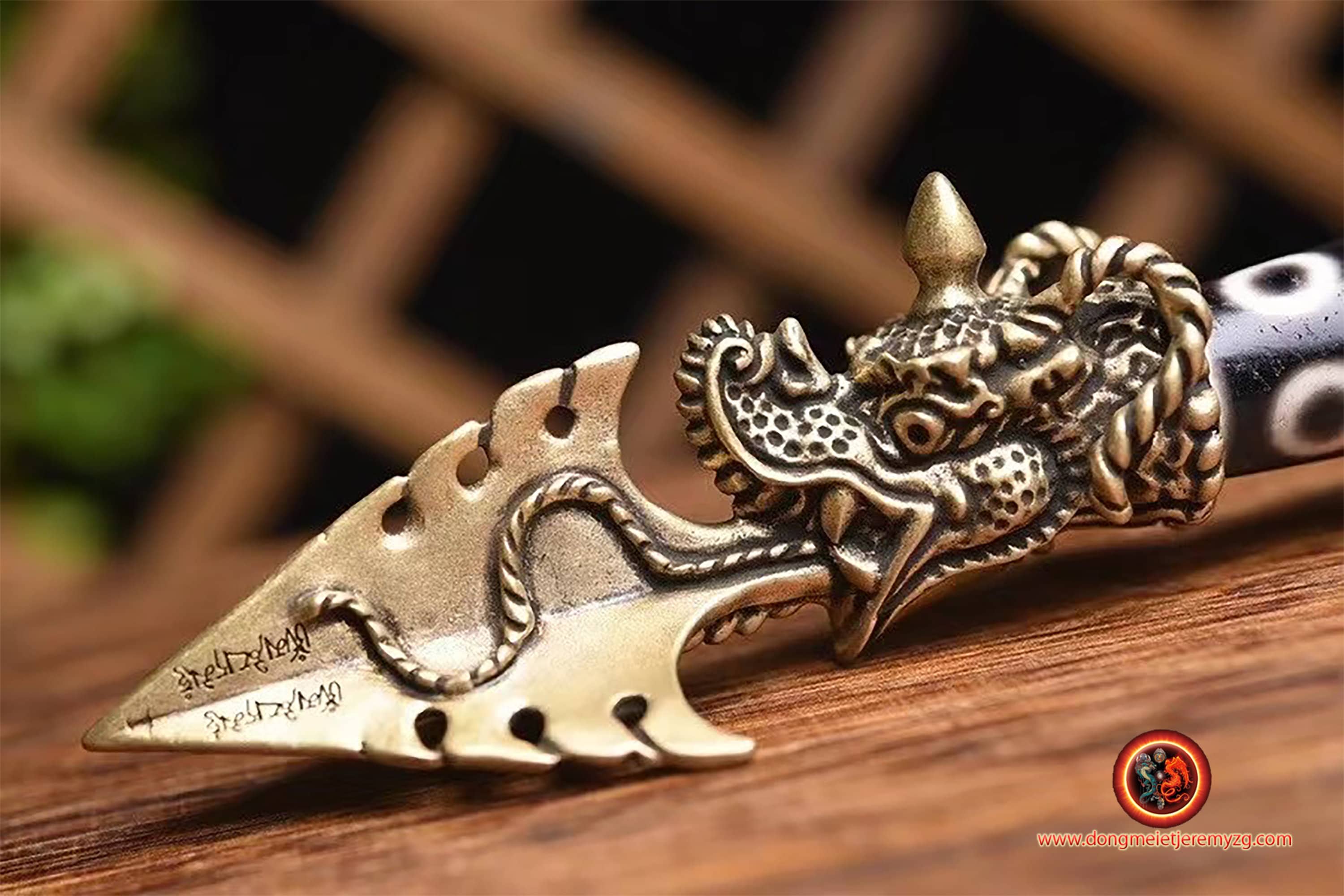 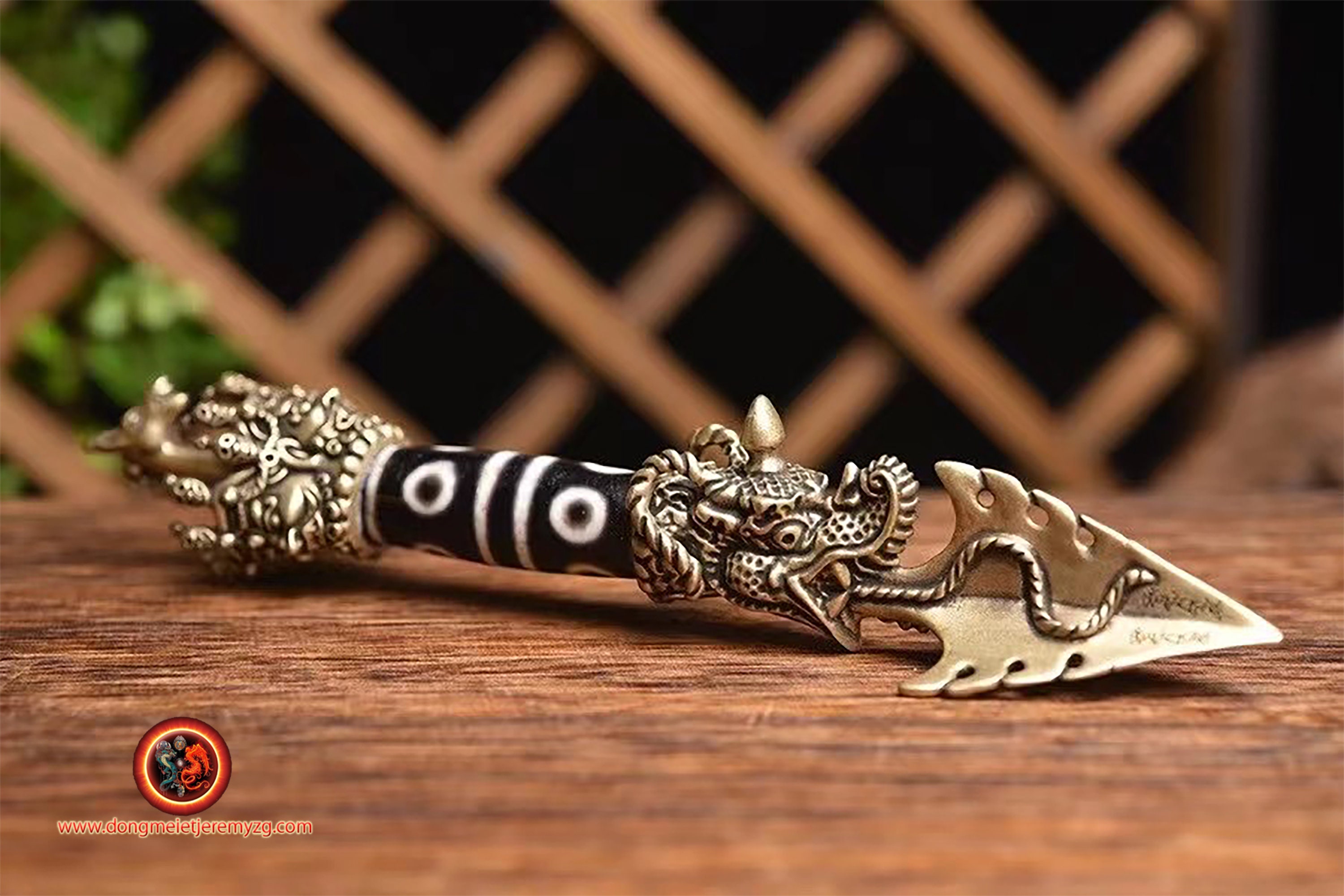 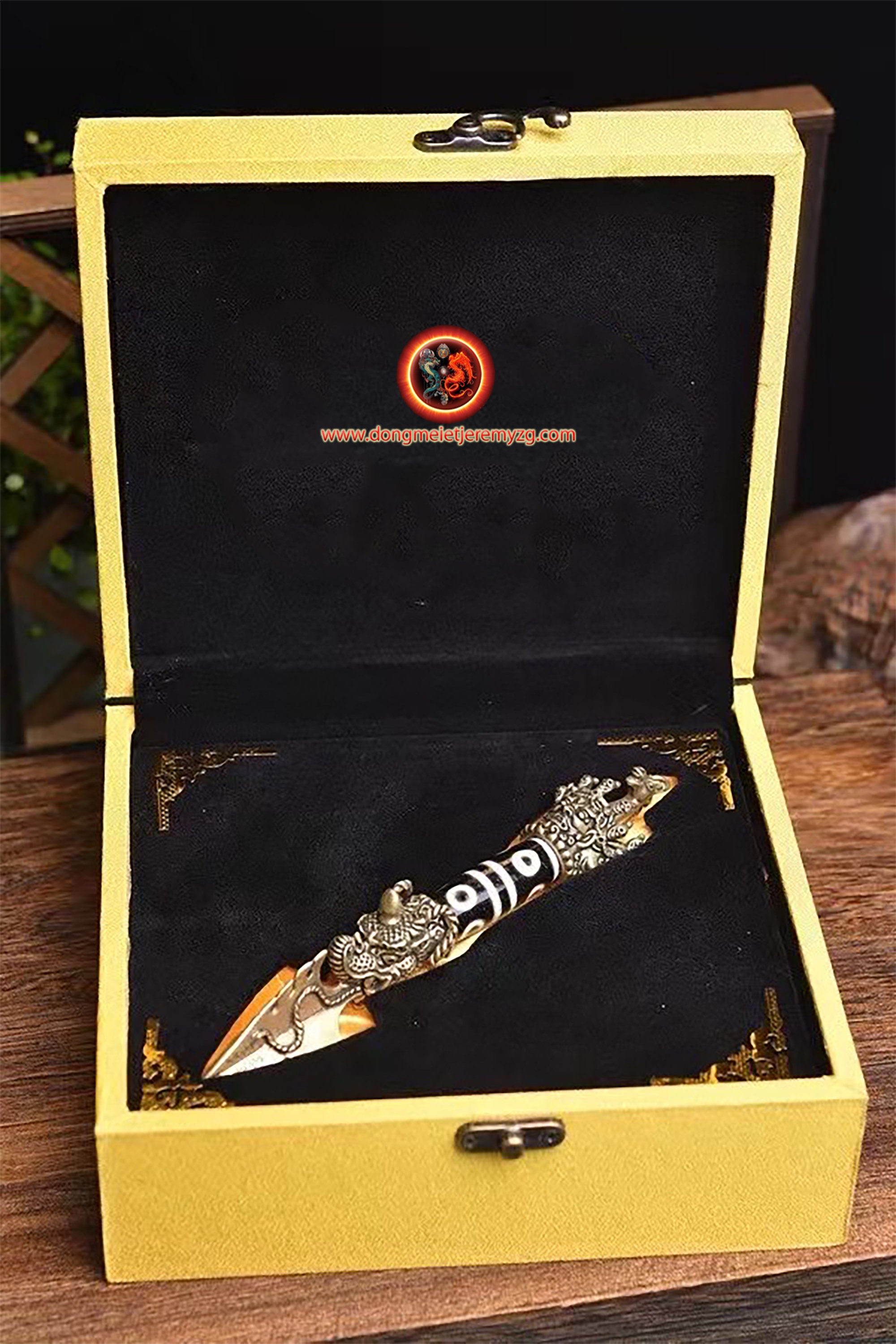 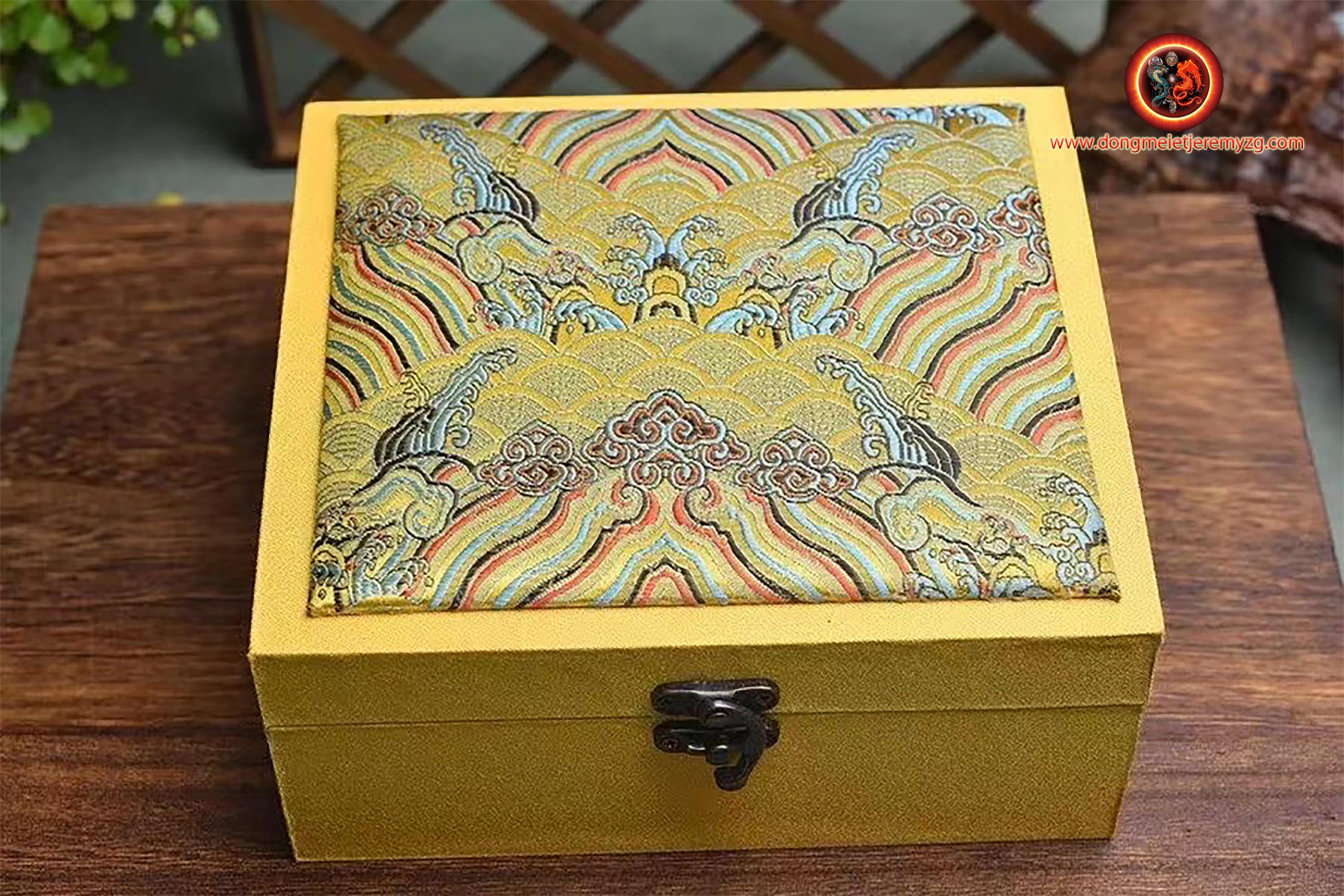 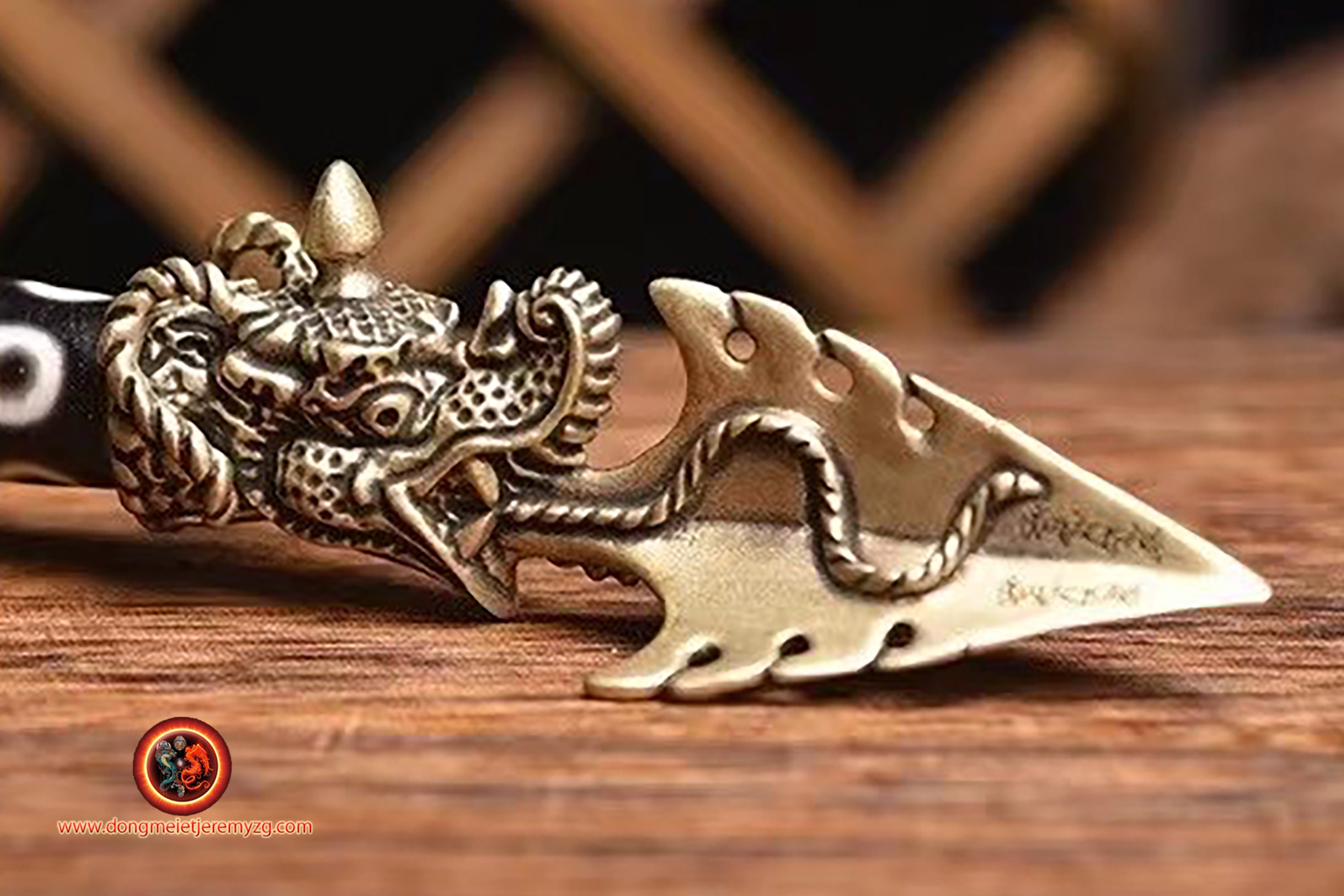 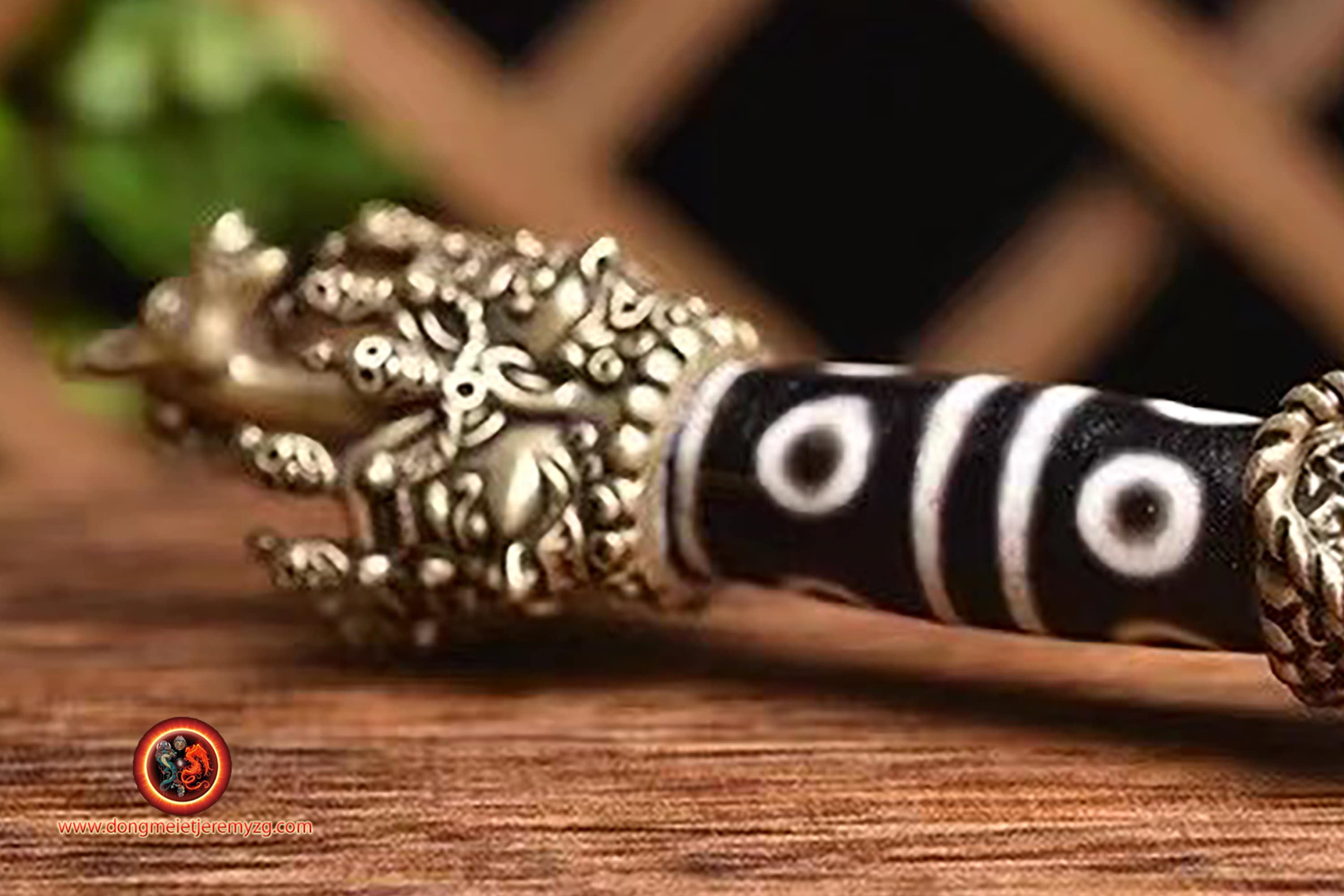 Buddhist Phurba.
Dagger to defeat the demons (explanations below, after the description).
authentic Tibetan Sacred Agate, DZI (explanations below, after description), to Eight Eyes
According to Tibetan tradition The 8 eyes help to protect against calamities and disasters. They help the owner to receive the necessary blessings. The 8 eyes represent the 8 Treasures of Buddhism, the conch (sacred sounds), the dharma wheel (propagation and teachings of Buddhism), the sacred umbrella (to protect), the lotus flower (purity and goodness), the sacred vase (holds wisdom), the goldfish (chases evil), the banco (eternity).

As a gemologist graduated from the National Institute of Gemmology of Paris, all our stones and materials are appraised and certified.
esoteric, vajrayana,
ritual object.

TIBETAN DZIS OR SACRED AGATES
Our contemporary Dzis are made according to tradition, by Tibetan craftsmen located at the crossroads of Yunnan, Sichuan and Tibet in the Tibetan prefecture of Gyaltran at 4000 meters above sea level.
The stone is agate, and the drawings on its surface are made by the hand of man, but according to a secret technique. A mixture of plant and lead is applied to their surface, the whole thing is cooked (at about 1200 degrees); at the exit and once the mixture is removed the drawings appear. According to some sources, some of the oldest Dzi were colored FROM THE INSIDE using secret techniques lost for a long time...