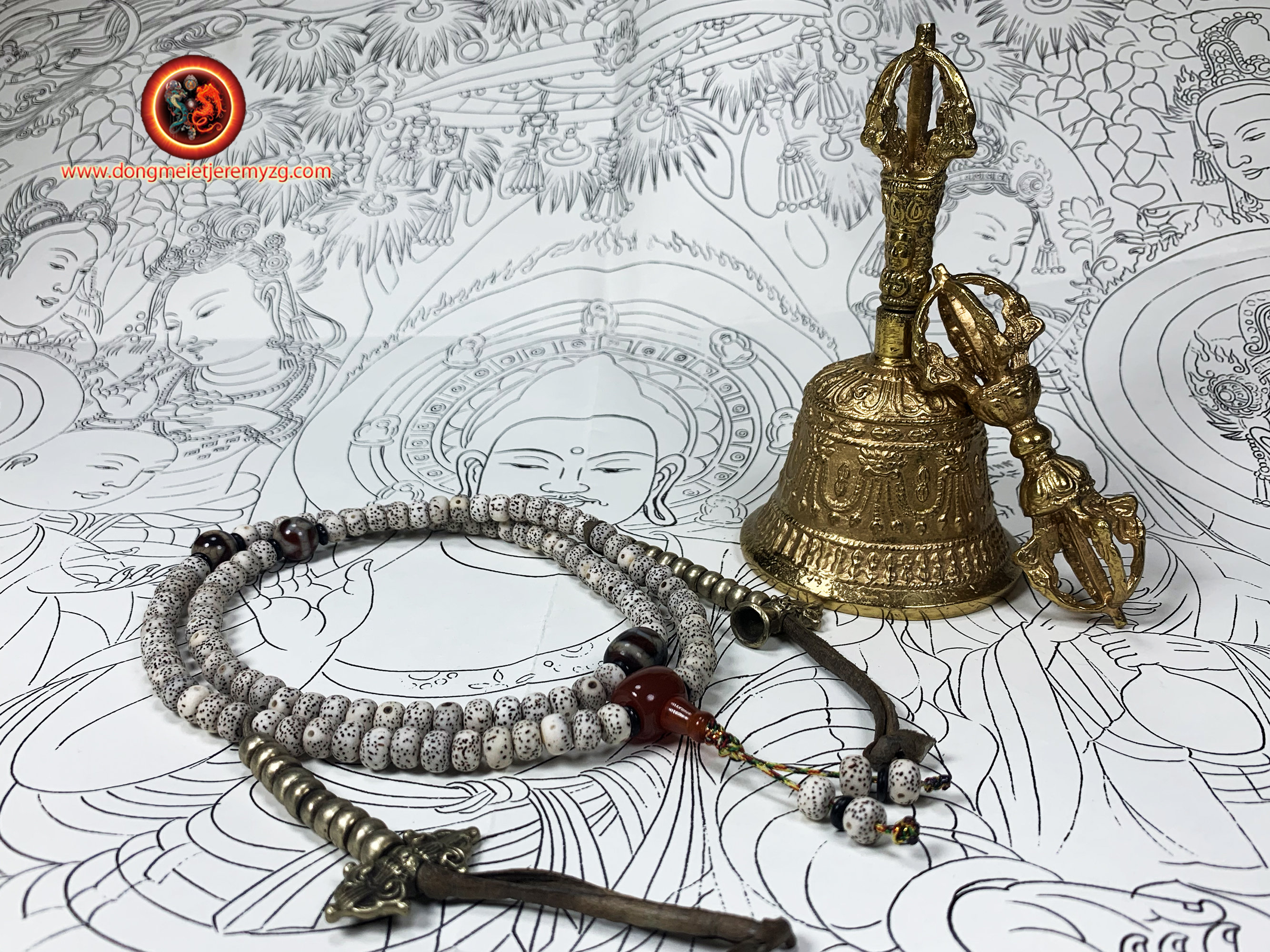 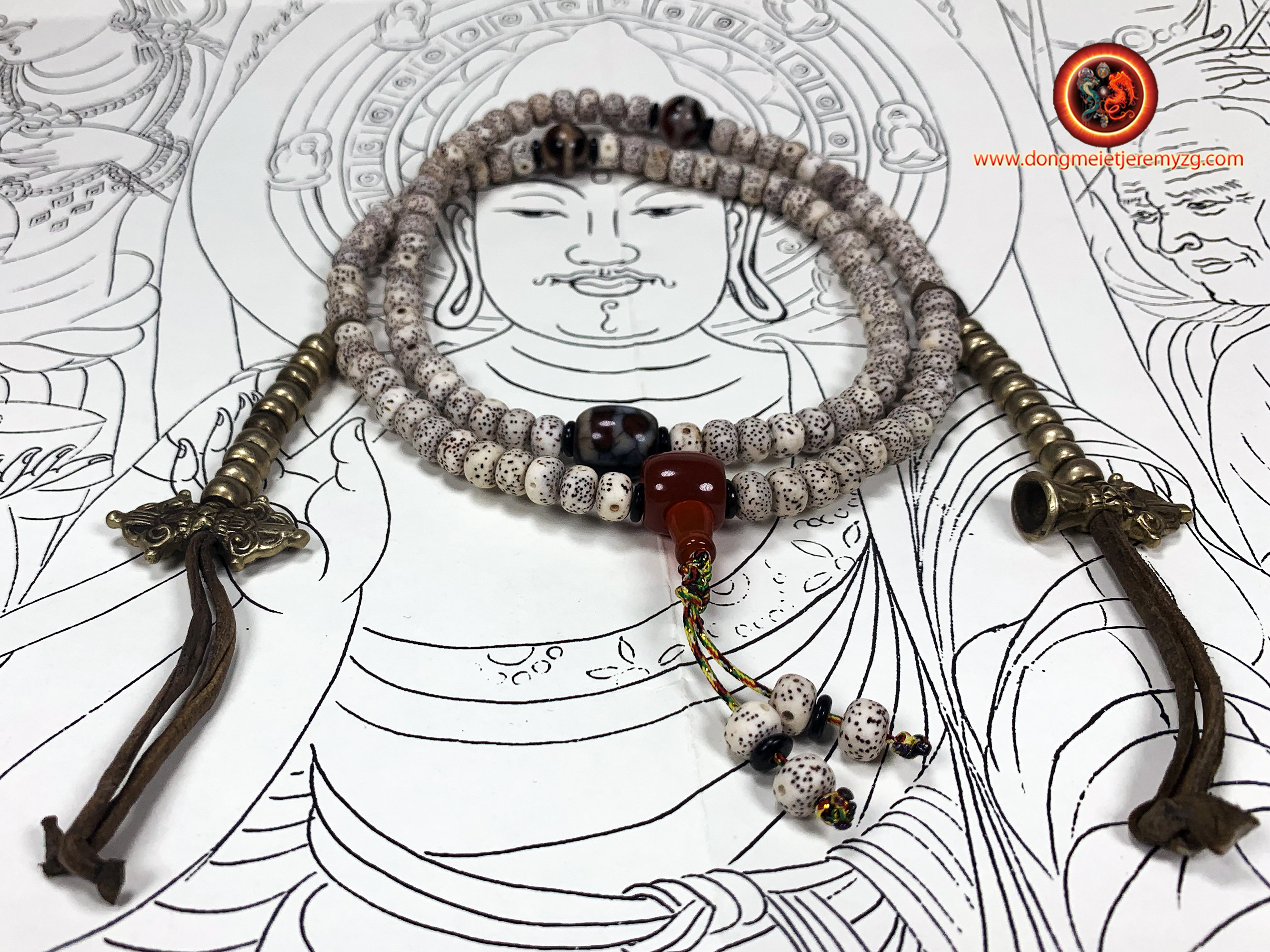 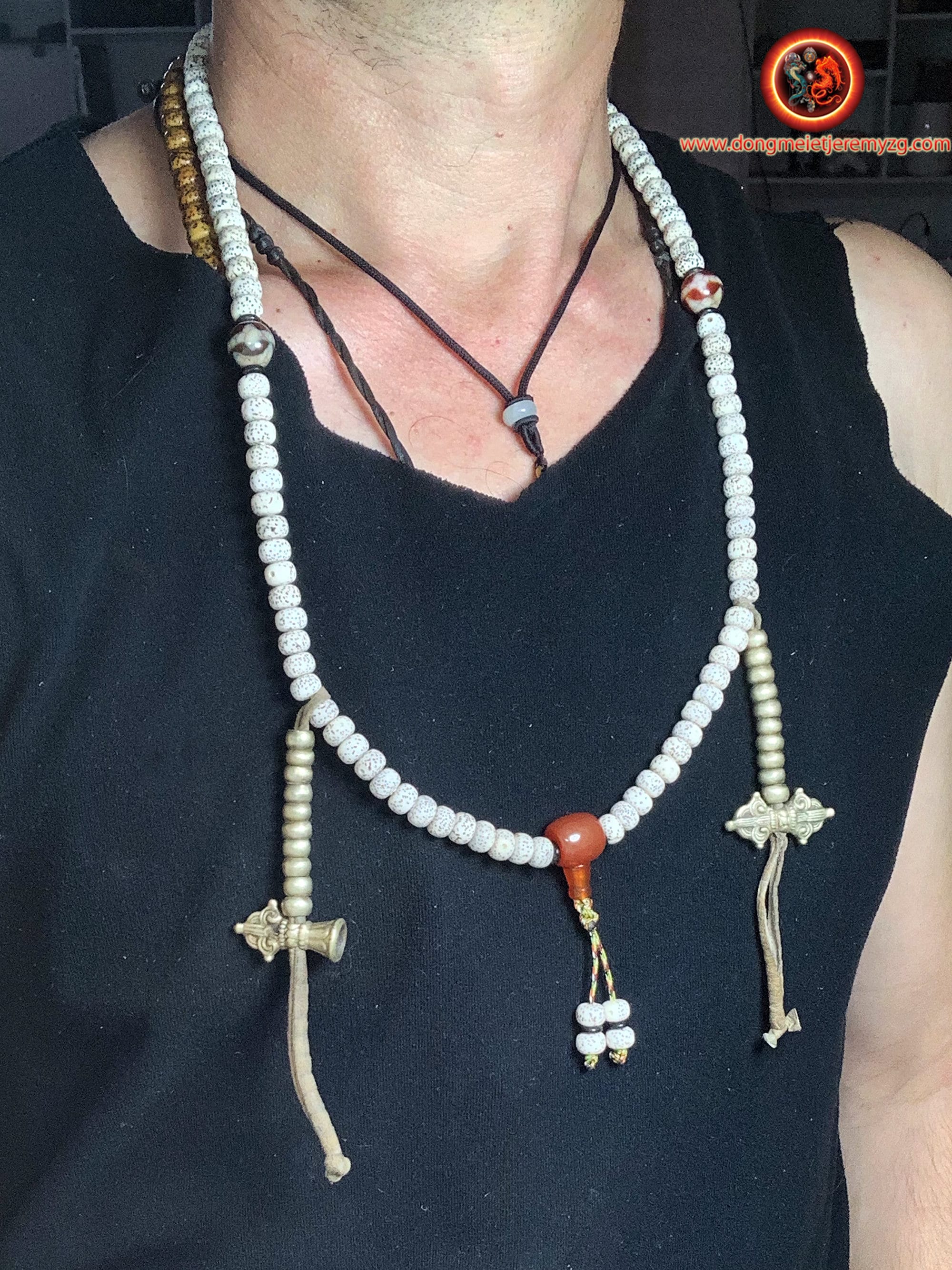 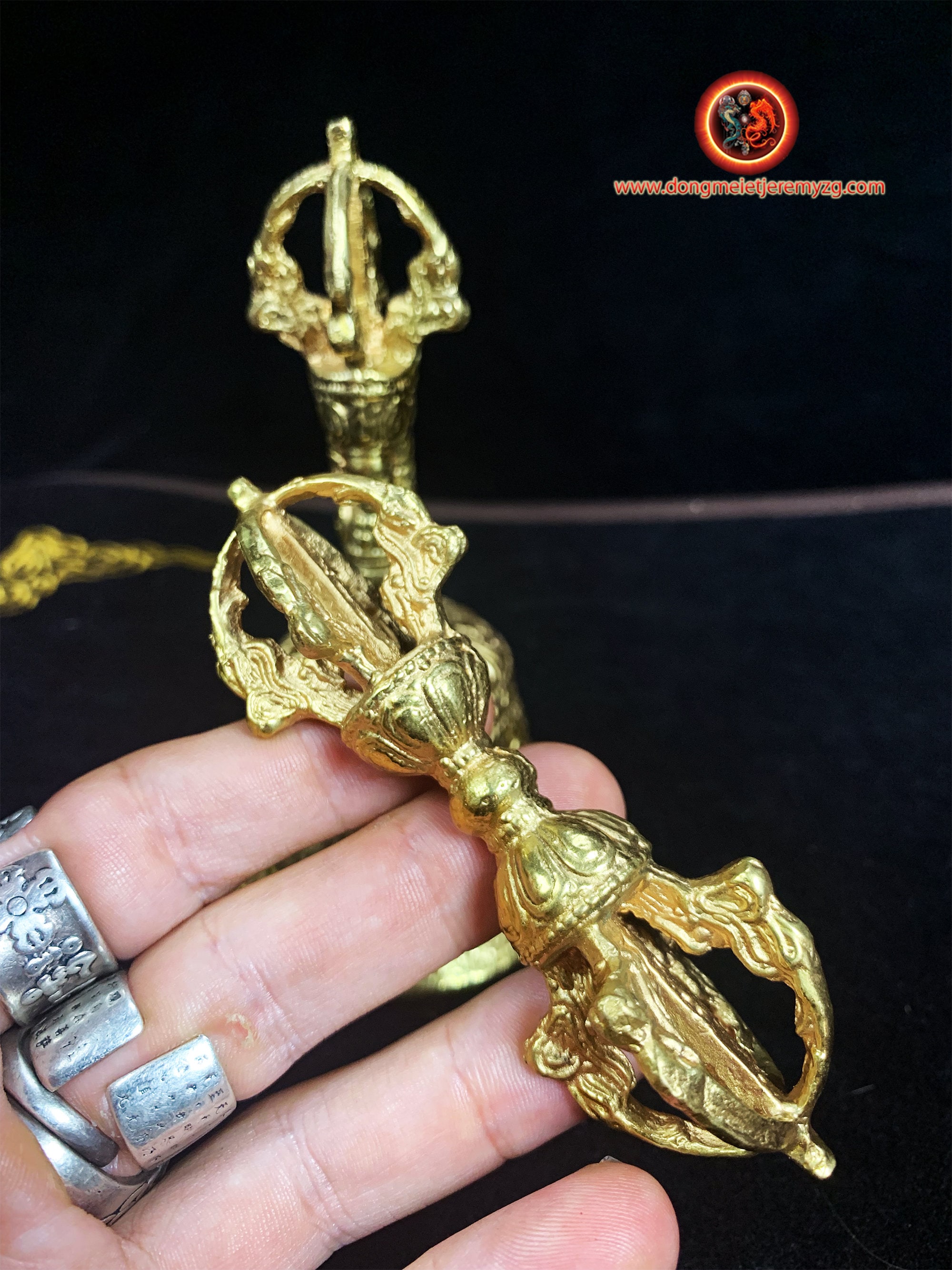 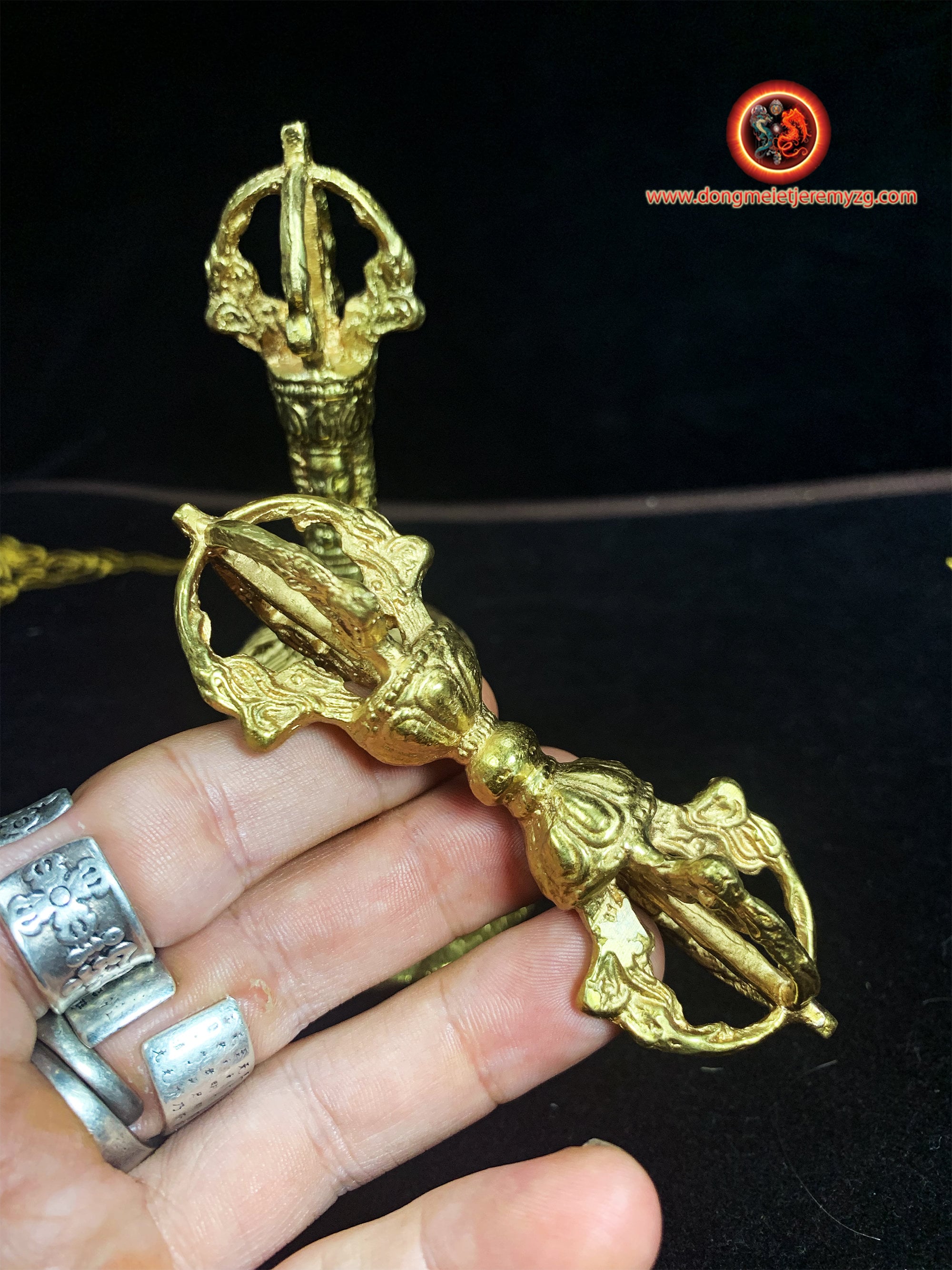 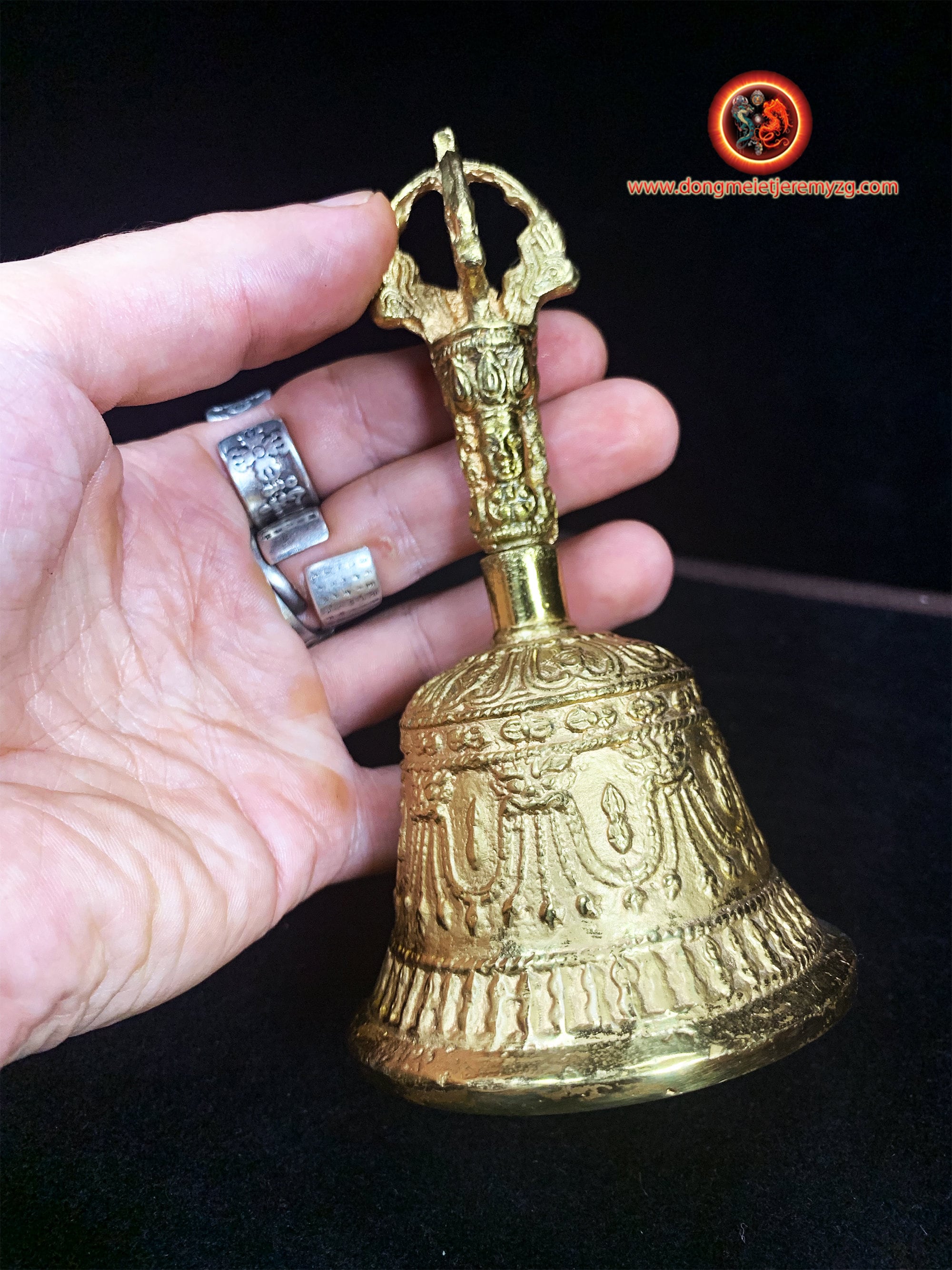 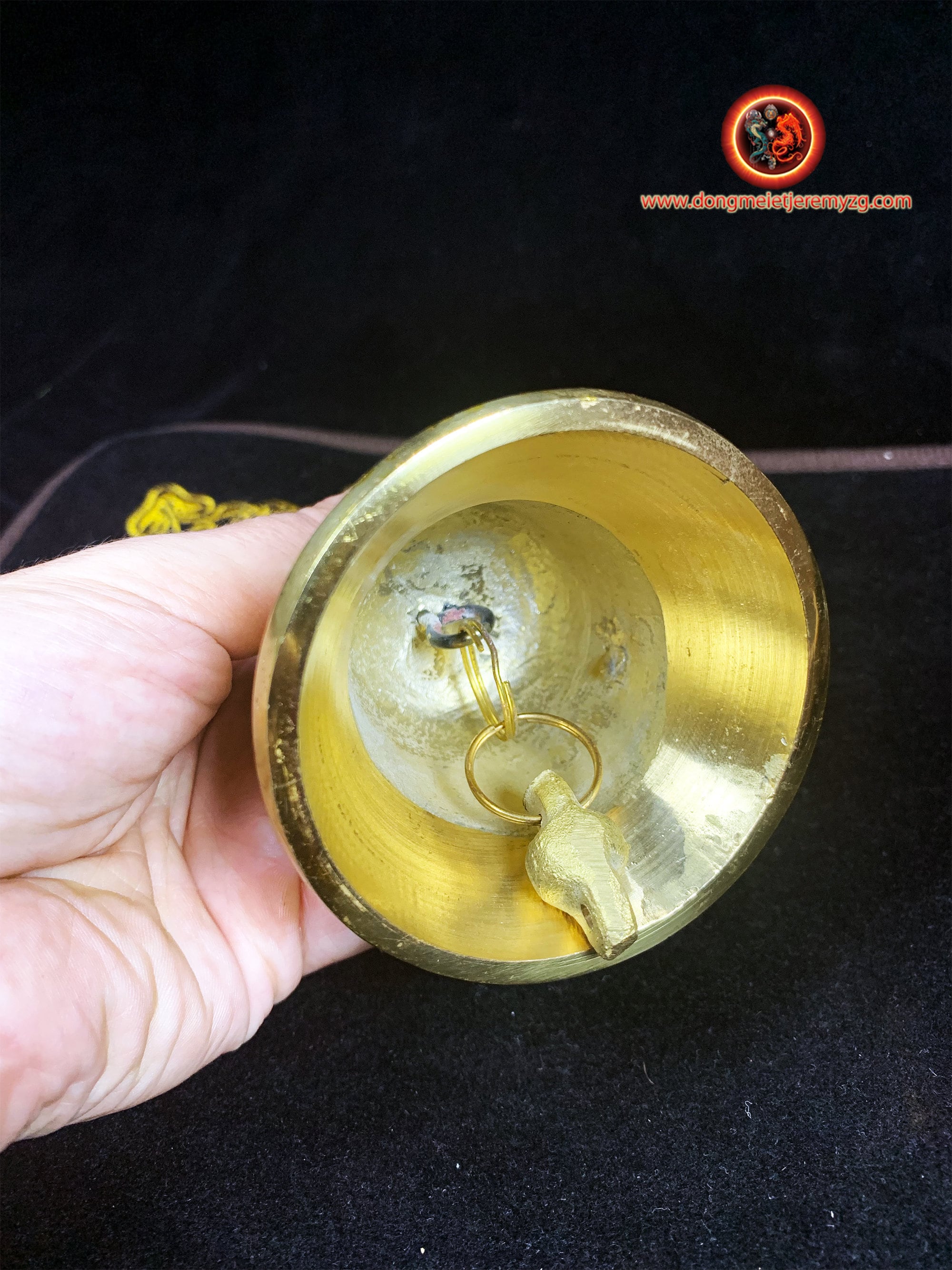 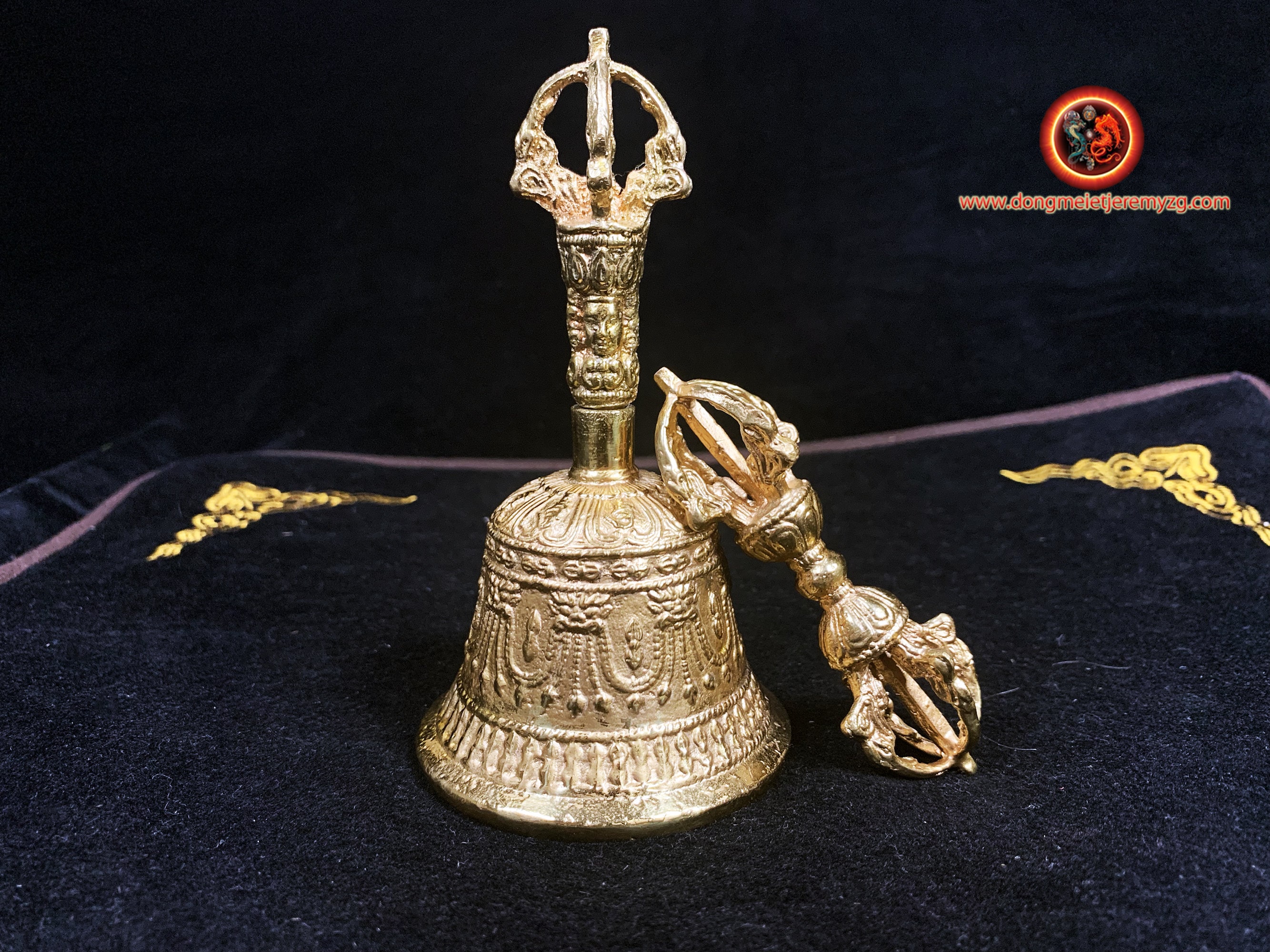 
Explanation of these three everyday objects

THE MALA
The mala, trengwa, in Tibetan is the buddhist's rosary, the object from which the monk (or even the lay practitioner) almost never separates, holding it in his hand or wrapped around the wrist.
The mala is first of all a utilitarian onjet: it serves as a tactile support for the recitation of mantras, at the same time as it is used to count them if one has set to repeat a defined number.
The mala is composed of 108 strung pearls, which justifies its name, since it simply means "garland" (of pearls). The different components each contain a symbolic meaning specify: The large pearl (or Buddha's head) that closes the loop repeats the knowledge of emptiness. The small cone that surmounts it is the mark of emptiness itself. The cord on which the beads are strung must, theoretically, be a braid of several threads:
three sons symbolize the "three Bodies" of a Buddha (Absolute Body, Body of Glory and Body of Emanation);
five sons symbolize the "five wisdoms" or "five families" of Buddhas (Buddha family, vajra family, jewel family, lotus family, activity family)
nine sons symbolize the primordial Buddha Vajradhara and the eight great bodhisattvas.

Buddha having attained enlightenment under a sacred fig tree, pipal seeds are the most traditional material for making malas. These seeds patinate and take on a beautiful shine over time called "porcelain layer". Our seeds come from hainan island known for growing and drying the finest quality in the world. Be careful many specialized site and stores name these seeds as Lotus seeds by mistake.

Les DZIS
Our contemporary Dzis are made according to tradition, by Tibetan craftsmen located at the crossroads of Yunnan, Sichuan and Tibet in the Tibetan prefecture of Gyaltran at 4000 meters above sea level.
The stone is agate, and the drawings on its surface are made by the hand of man, but according to a secret technique. A mixture of plant and lead is applied to their surface, the whole thing is cooked (at about 1200 degrees); at the exit and once the mixture is removed the drawings appear. According to some sources, some of the oldest Dzi were colored FROM THE INSIDE using secret techniques lost for a long time...