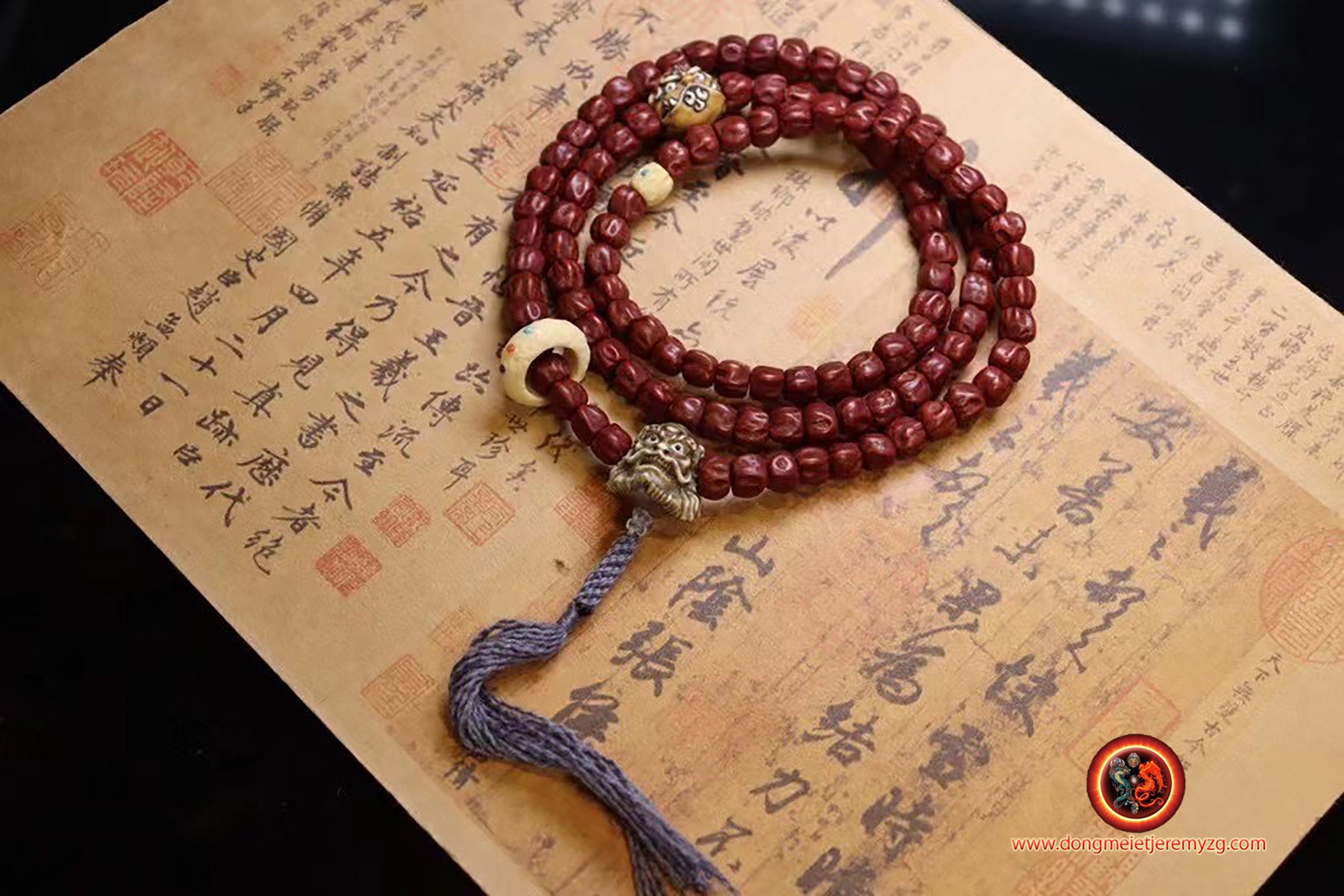 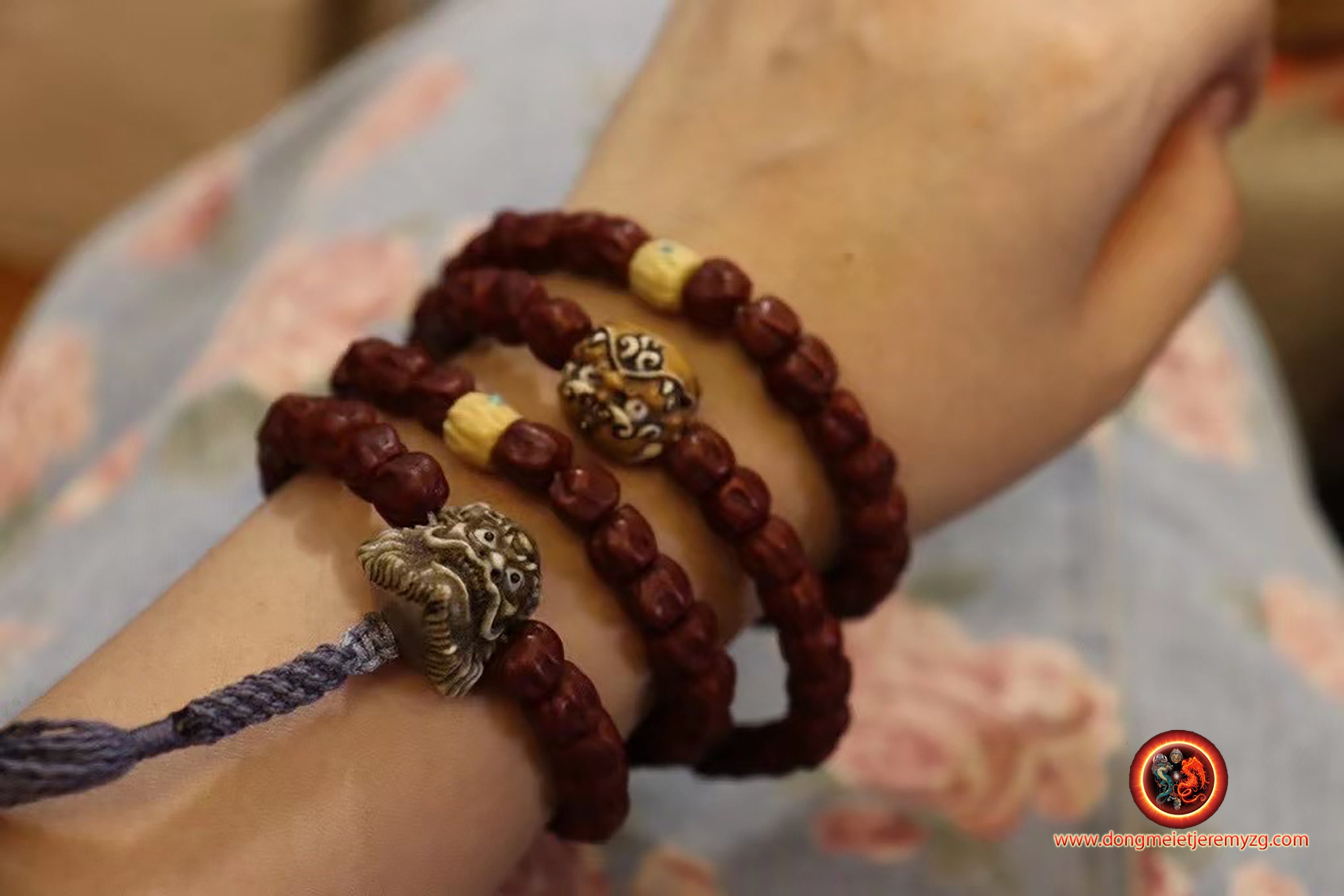 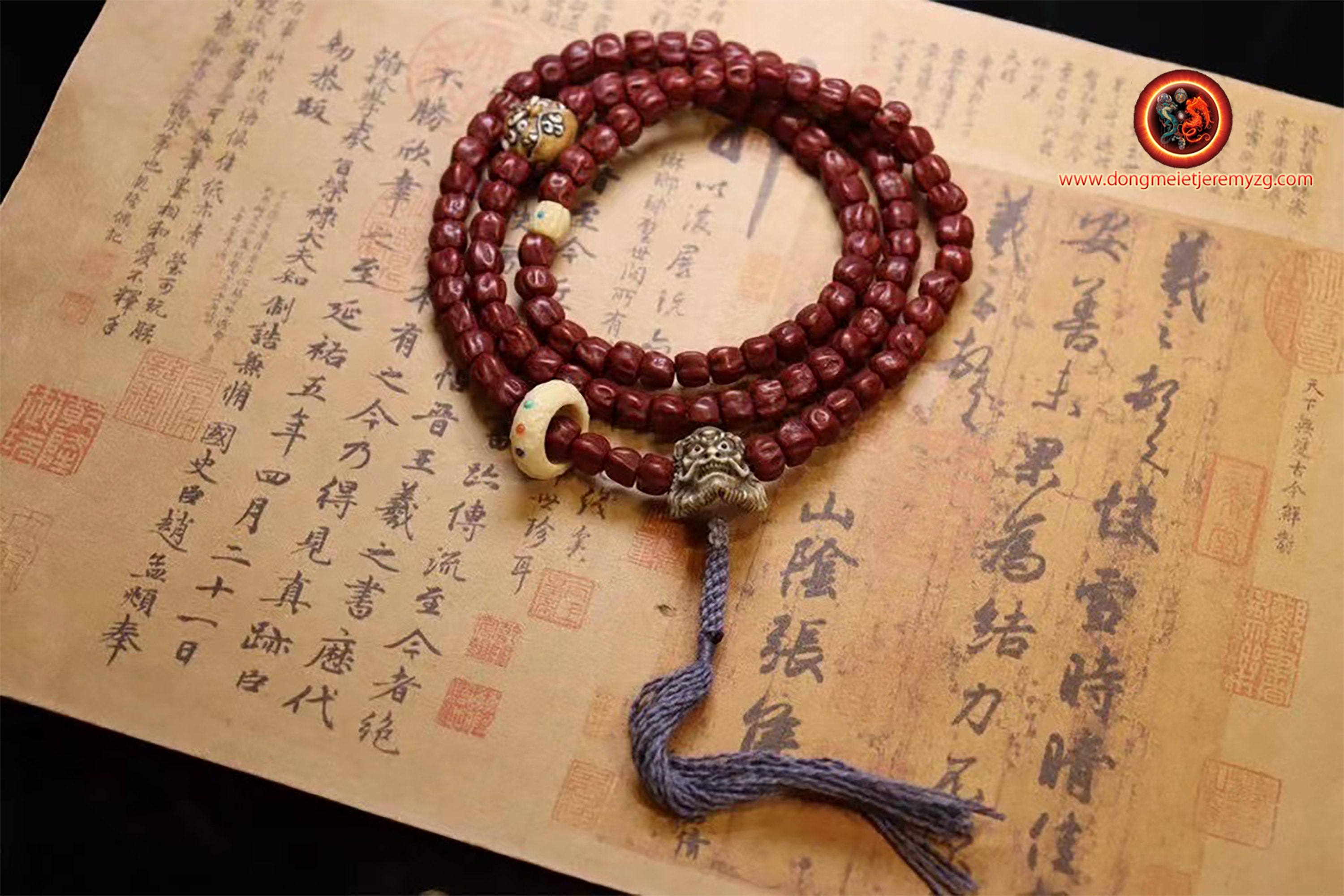 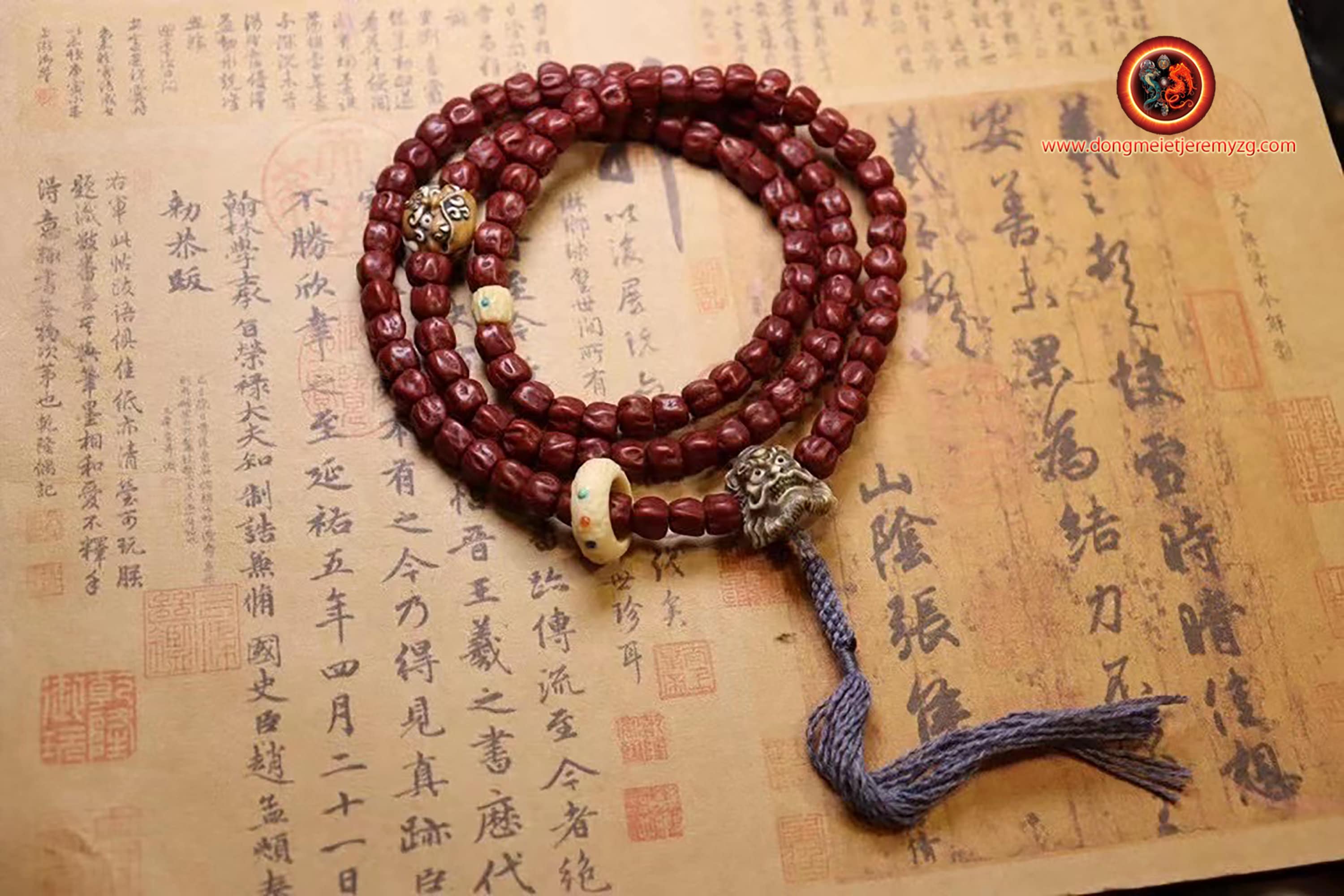 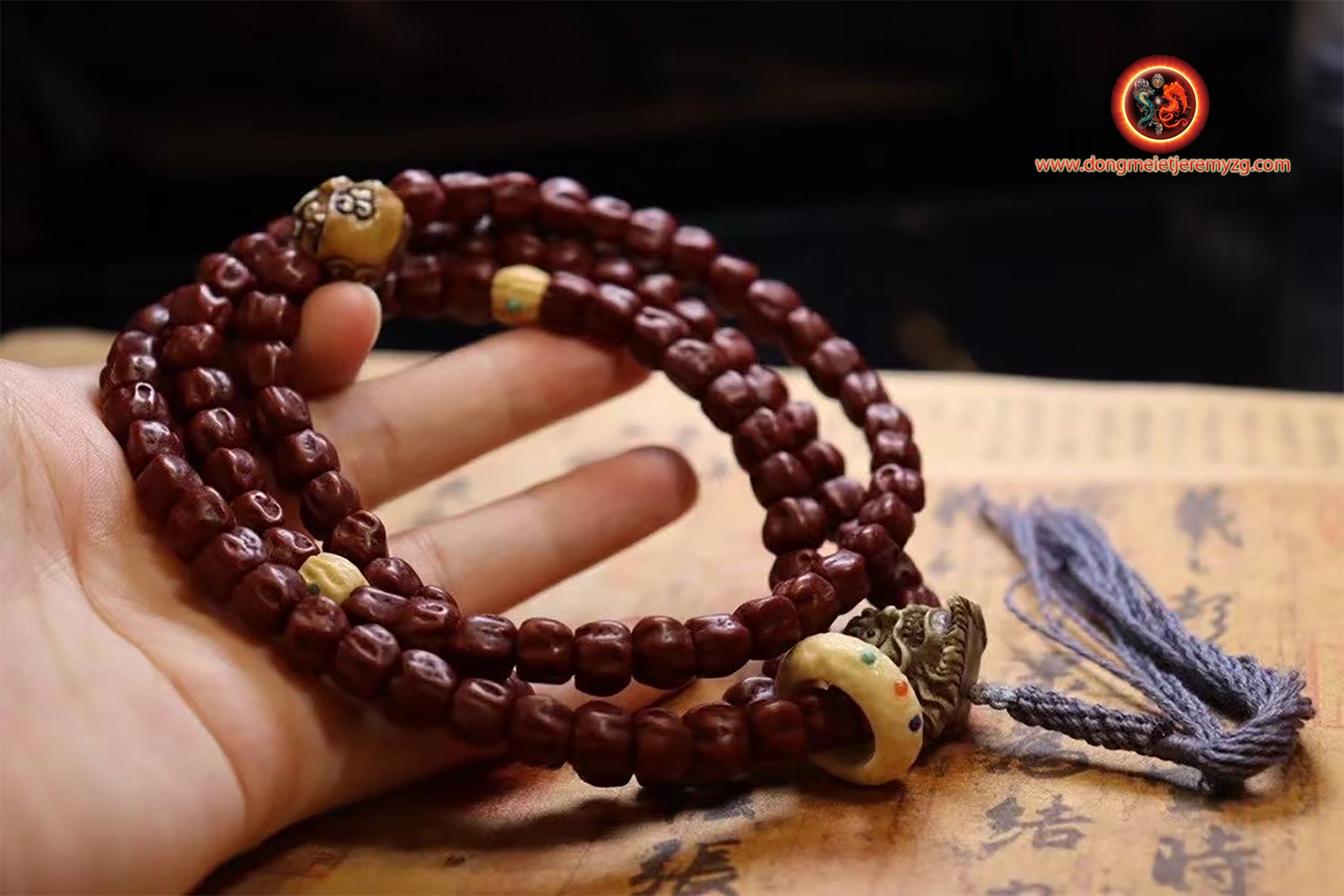 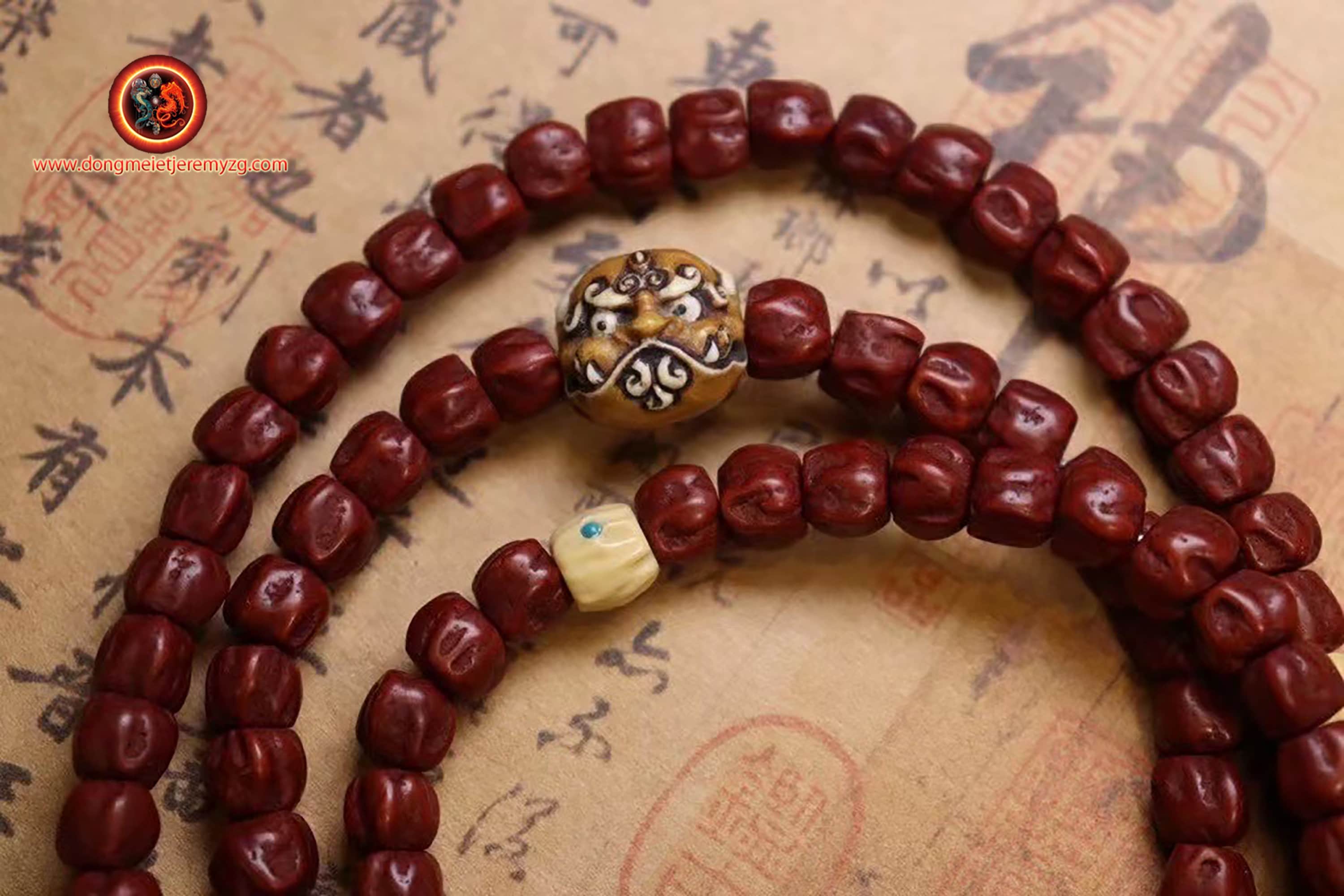 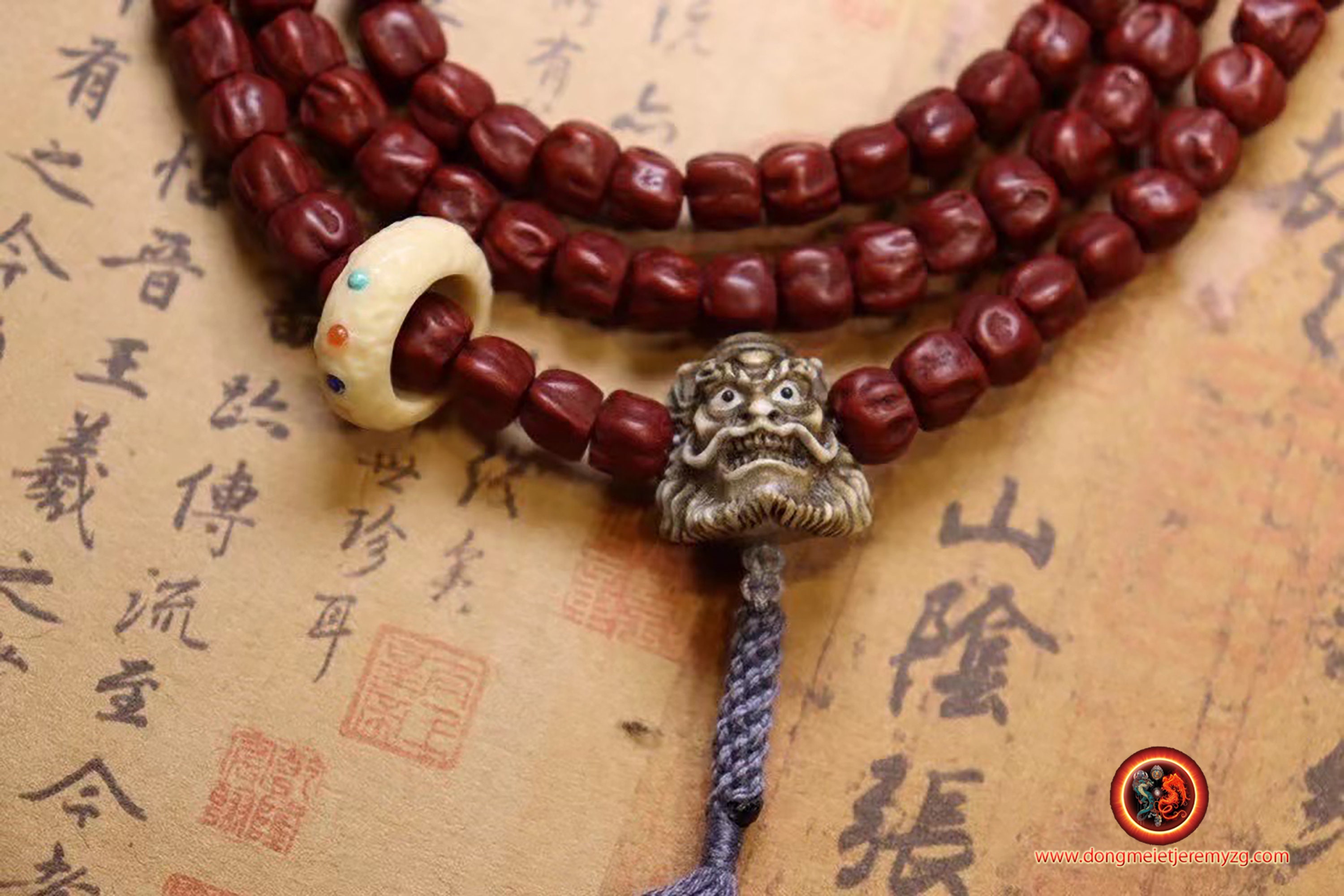 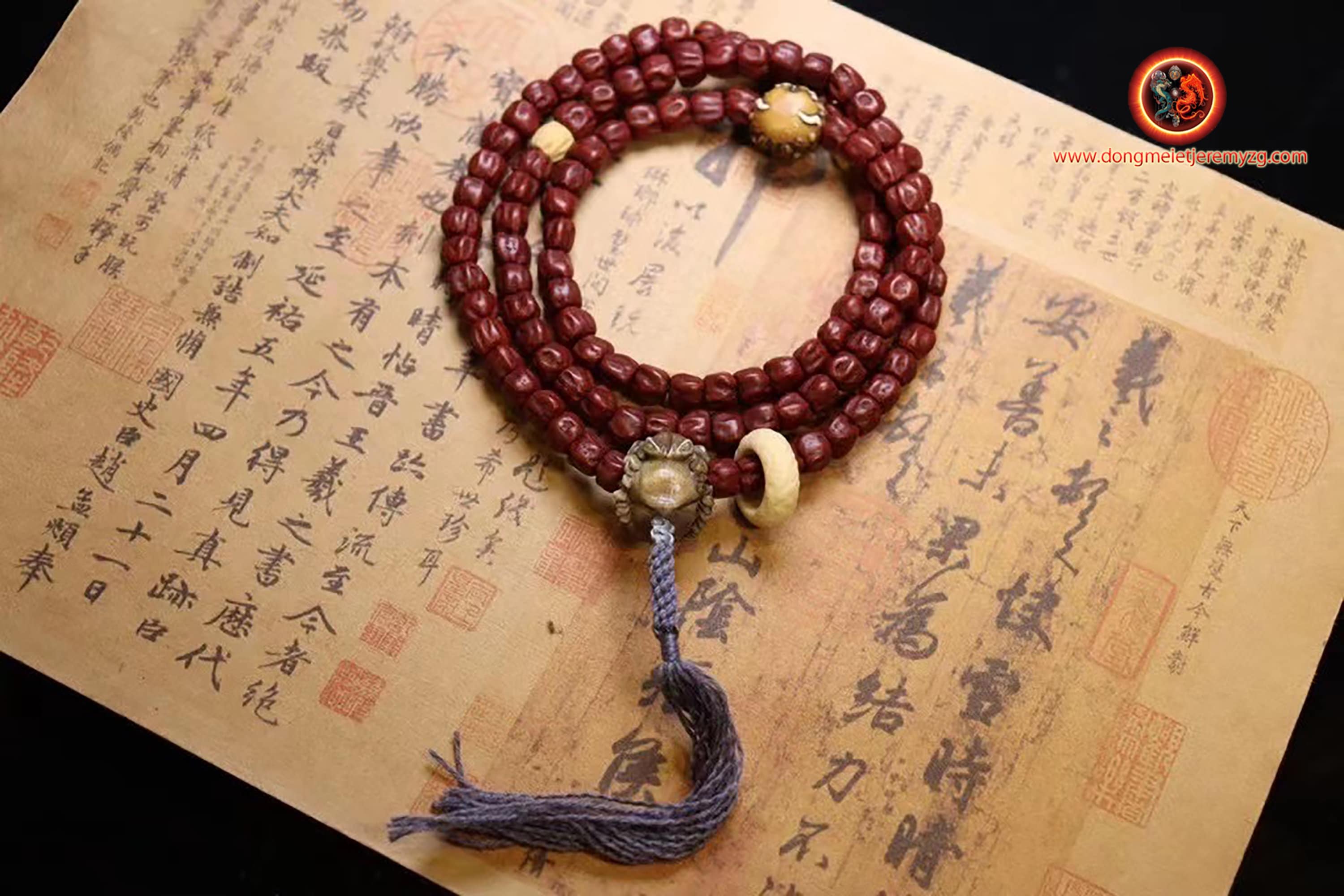 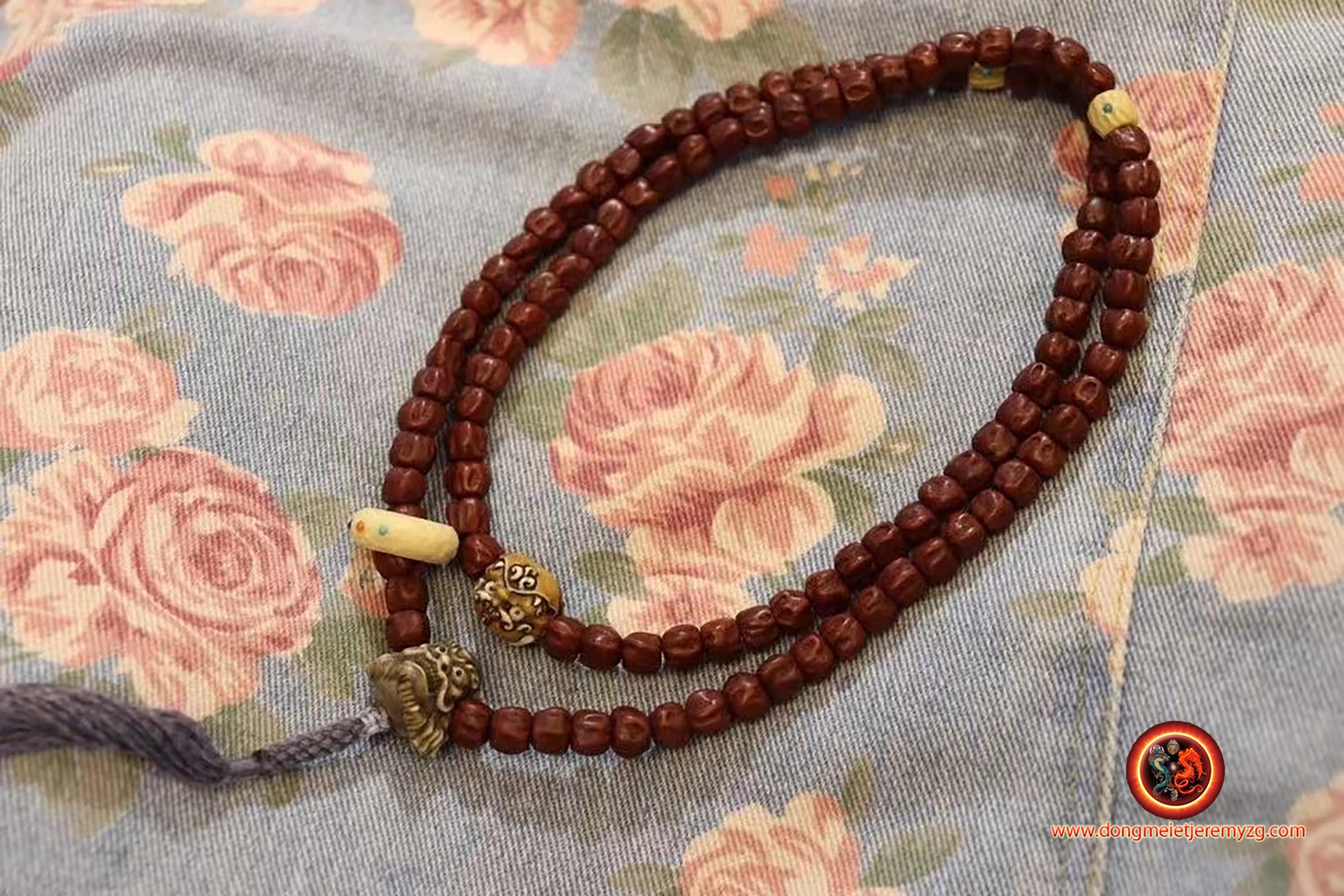 The mala, trengwa, in Tibetan is the rosary of the Buddhist, the object from which the monk (or even the lay practitioner) almost never separates, holding it in his hand or wrapped around the wrist.
The mala is first of all a utilitarian onjet: it serves as a tactile medium for the recitation of mantras, at the same time as it is used to count them if one has set a set to repeat a defined number.
The mala is composed of 108 strung pearls, which justifies its name, since it simply means "garland" (of pearls). The different components each contain a symbolic meaning specify: The large pearl (or Buddha's head) that closes the loop repeats the knowledge of emptiness. The small cone that surmounts it is the mark of emptiness itself.

Mala, Buddhist rosary, prayer and meditation,
108 high quality red sandalwood pearls.
Dimension of each pearl 8mm by 7mm
This red sandalwood, from India, much rarer than white sandalwood has no characteristic smell and is part of the very precious woods.
In Buddhism, sandalwood is one of the Padma (lotus) and corresponds to the Amitabha Buddha, moreover the element of this Buddha is fire and its color, red. Sandalwood is considered capable of transforming desires and retaining the attention of a person practicing meditation.
Sandalwood is one of the main constituents of incense made in China, Taiwan, Japan, Vietnam, Korea, and is intended to be lit in temples or during cults. It is also used a lot in India for these same applications.

Representation of Bodhidharma and central pearl in deer antlers
Deer antlers are of course harvested at the time of the spring.
Bodhidharma (Sanskrit in Devanāgarī "teaching of wisdom"; simplified Chinese: pútídámó or dámó; Japanese daruma; c. late fifth and early life century), a Persian Buddhist monk from India, is the legendary founder in China of the Chan school, contemplative current (dhyāna) of mahāyāna, which became in Japan the Zen school known in the West. The Chan school claiming to date back to Buddha6, Bodhidharma is considered its 28th patriarch and its first Chinese patriarch.