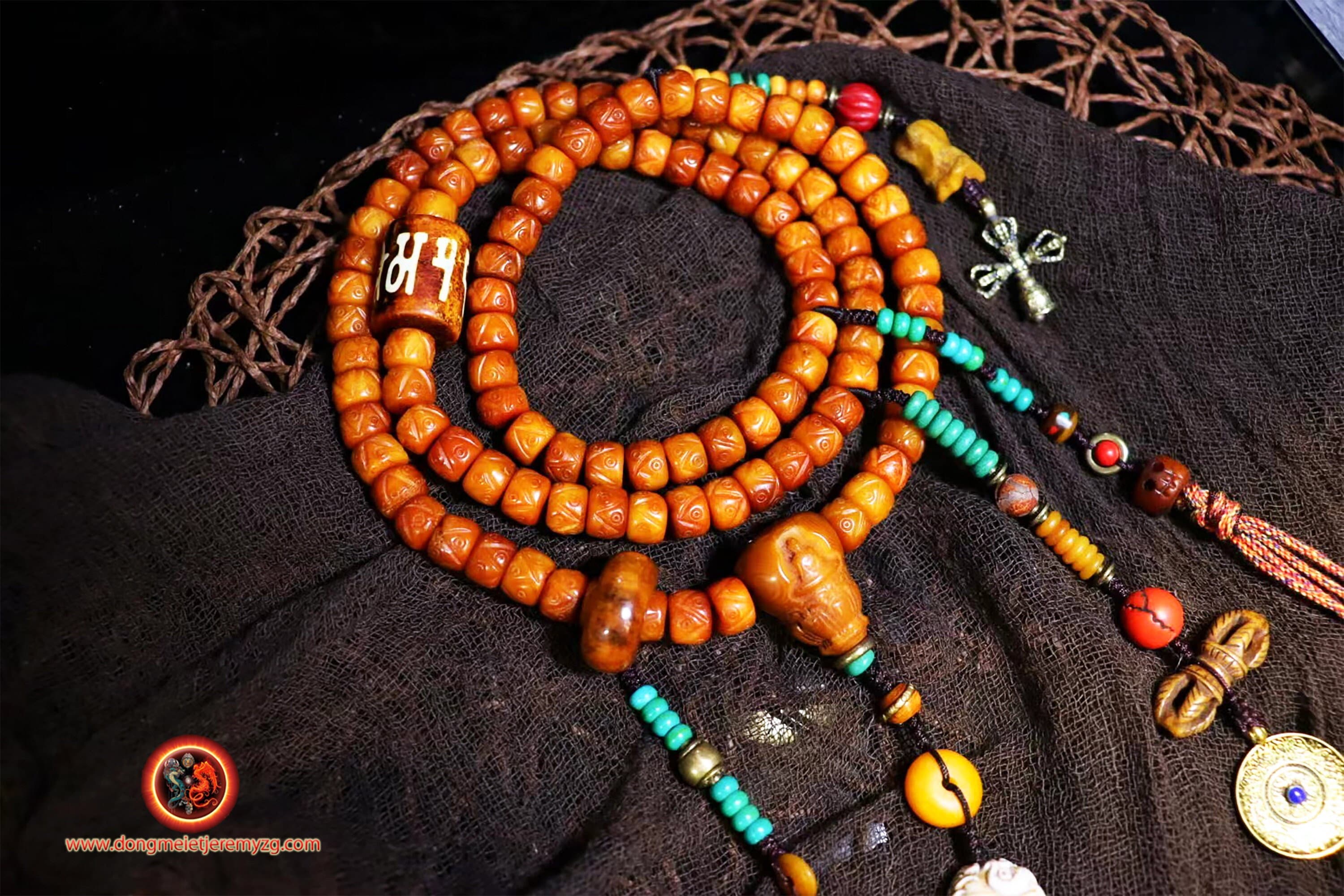 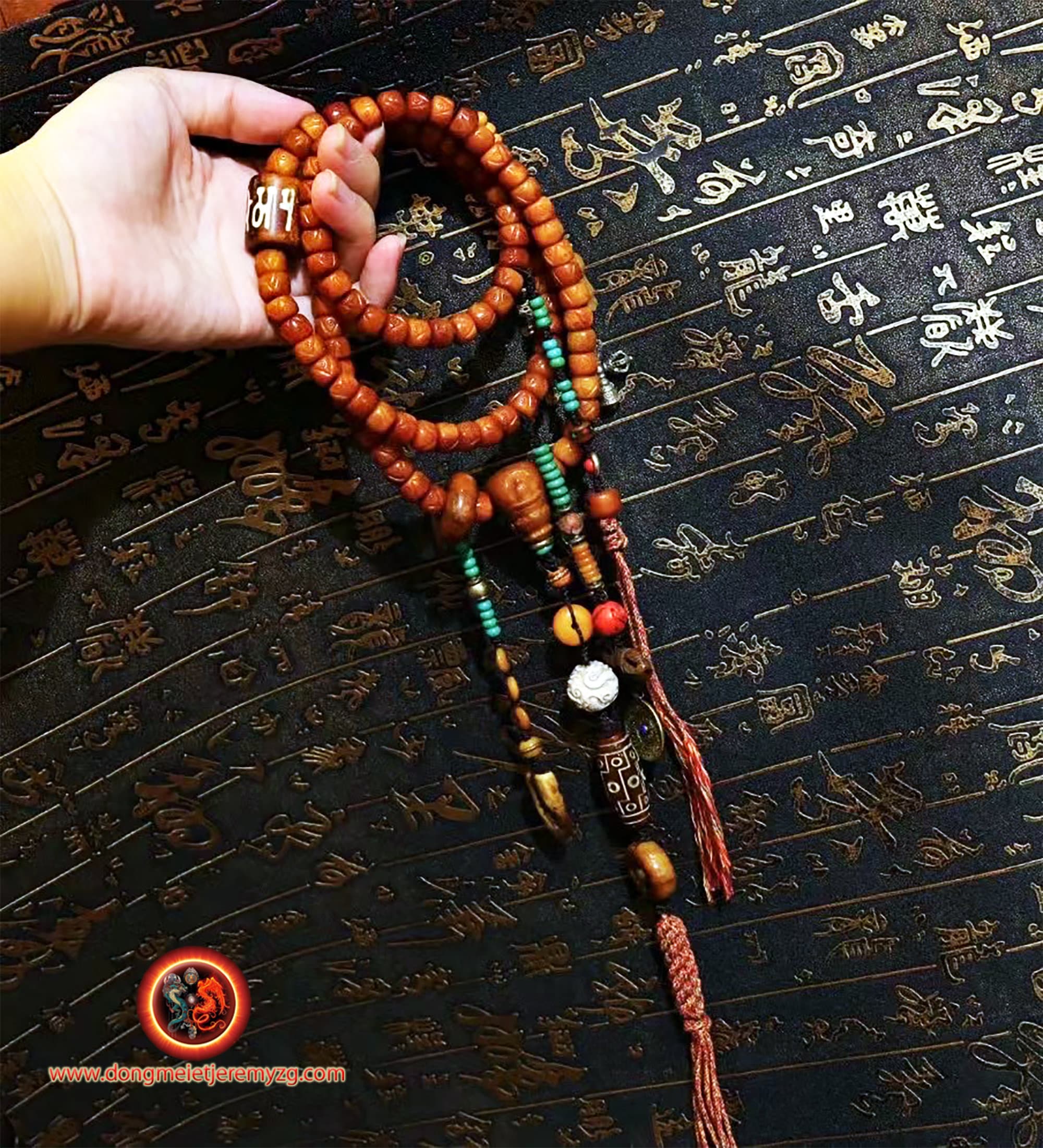 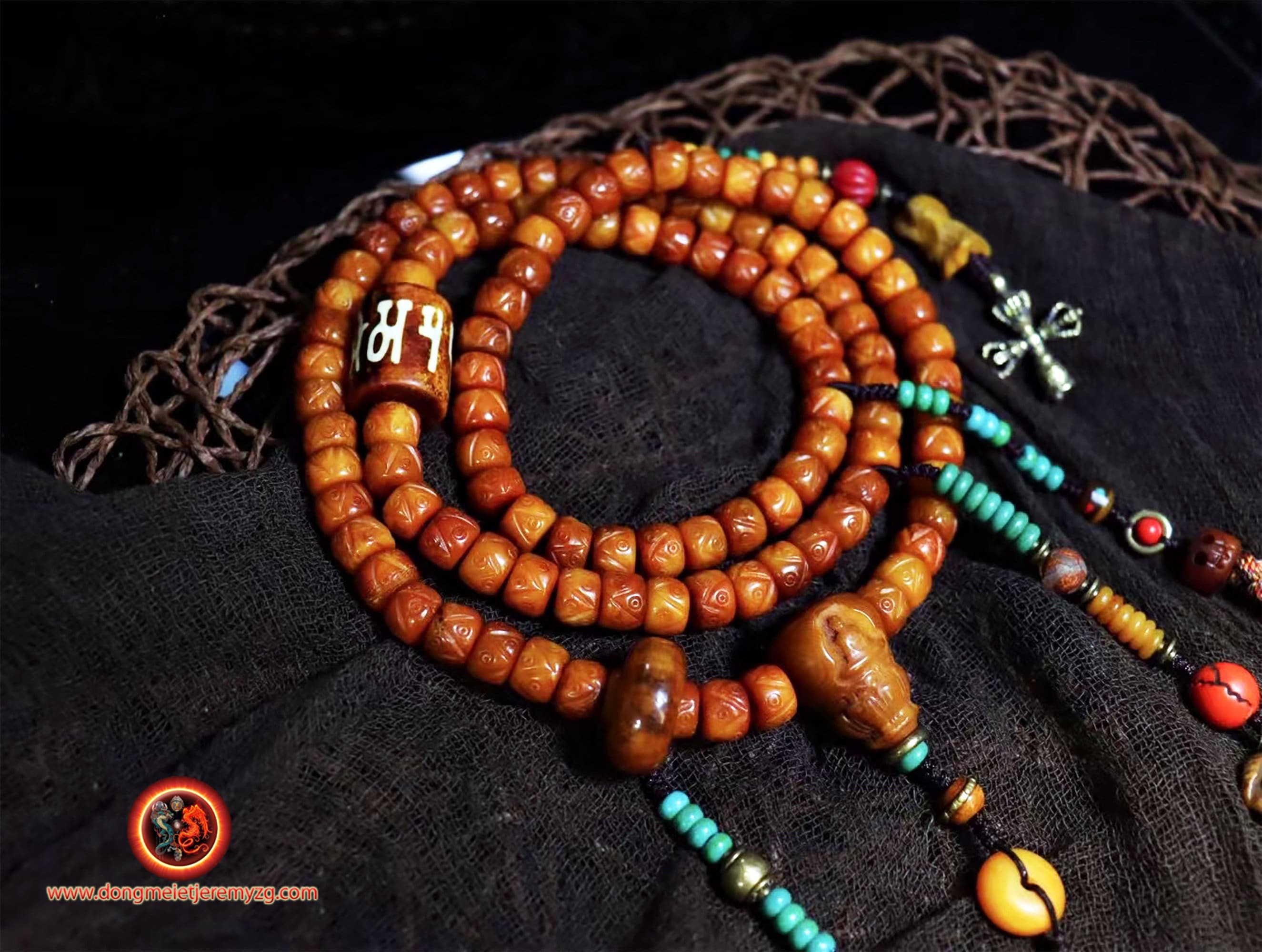 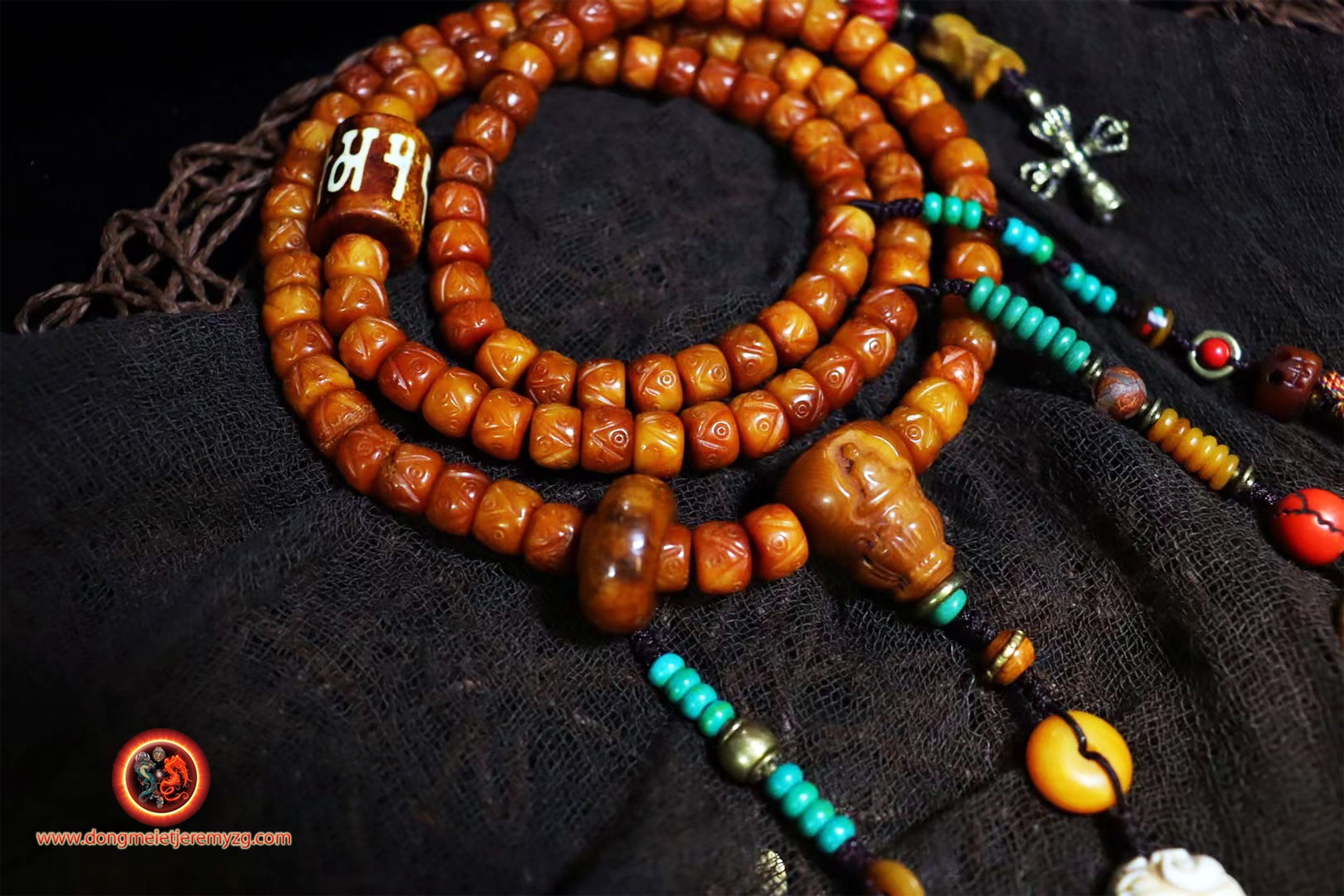 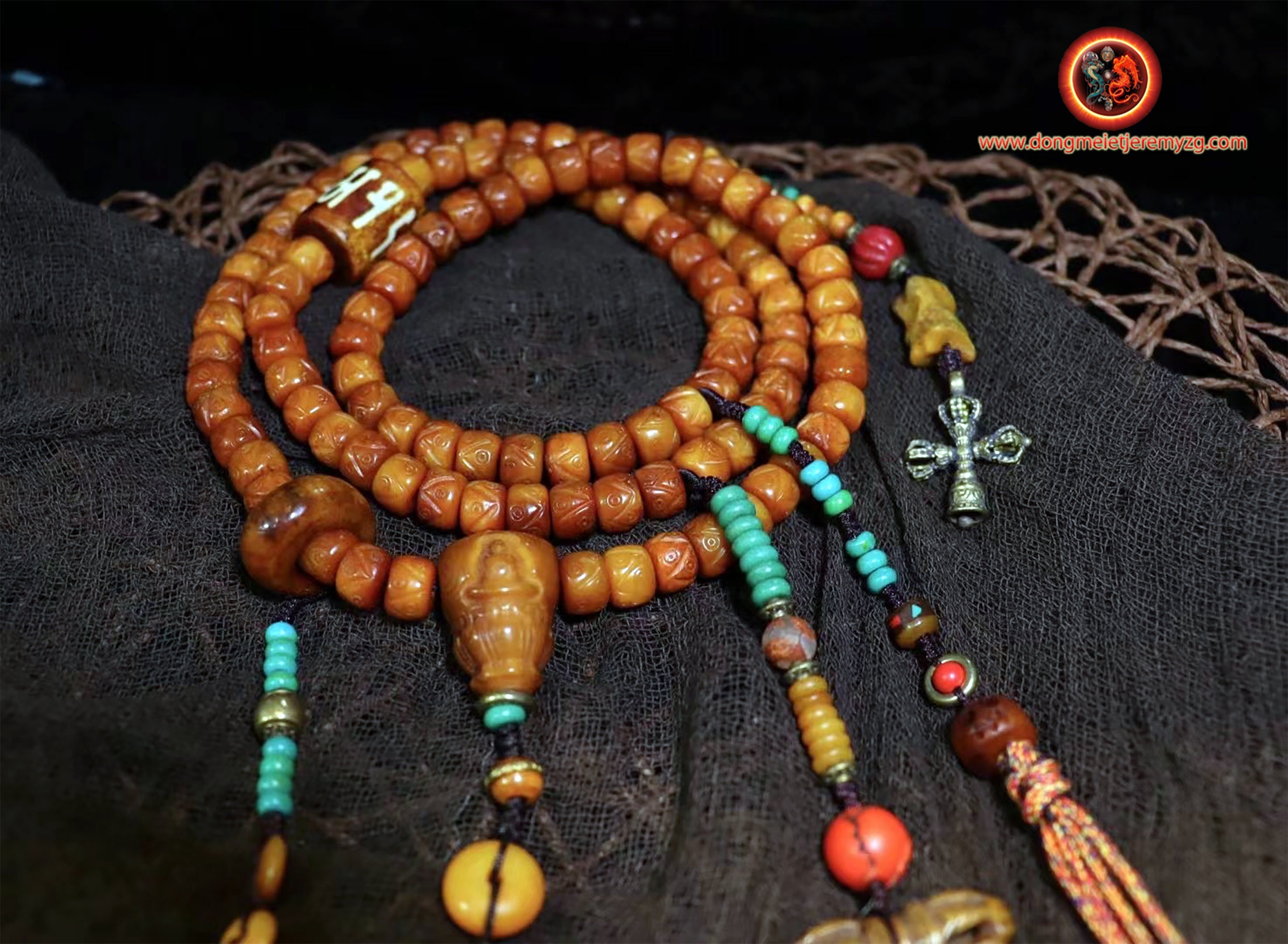 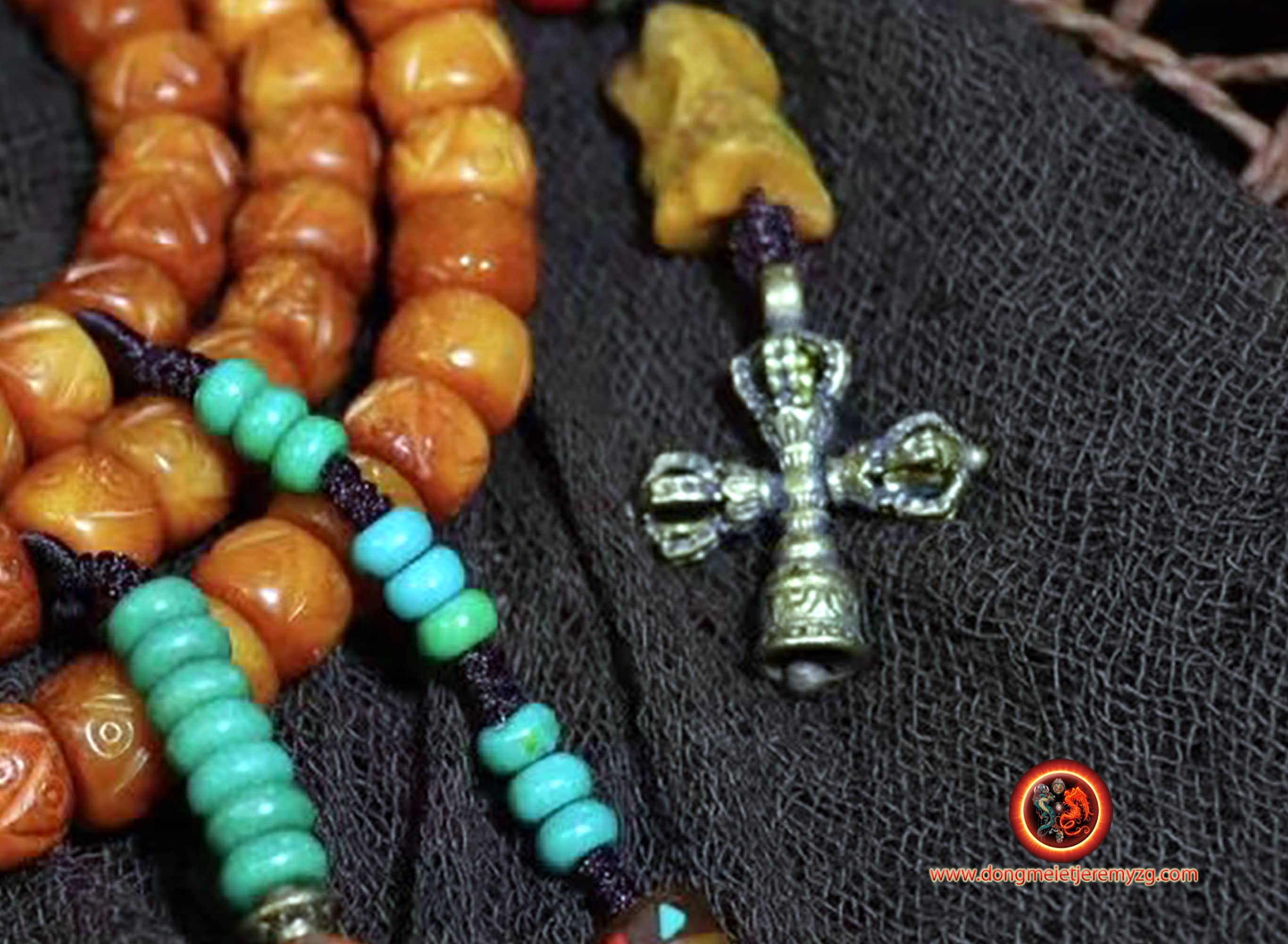 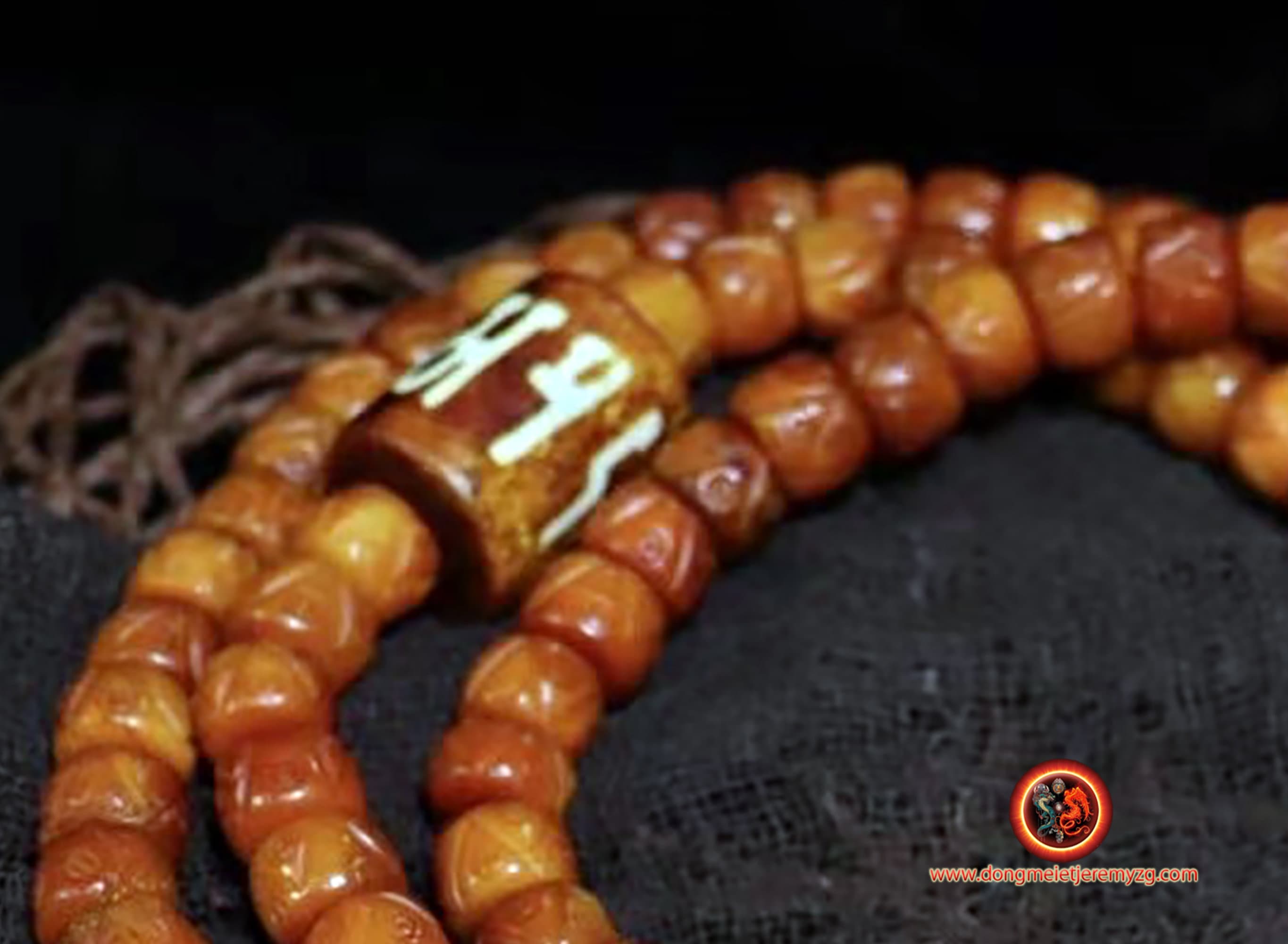 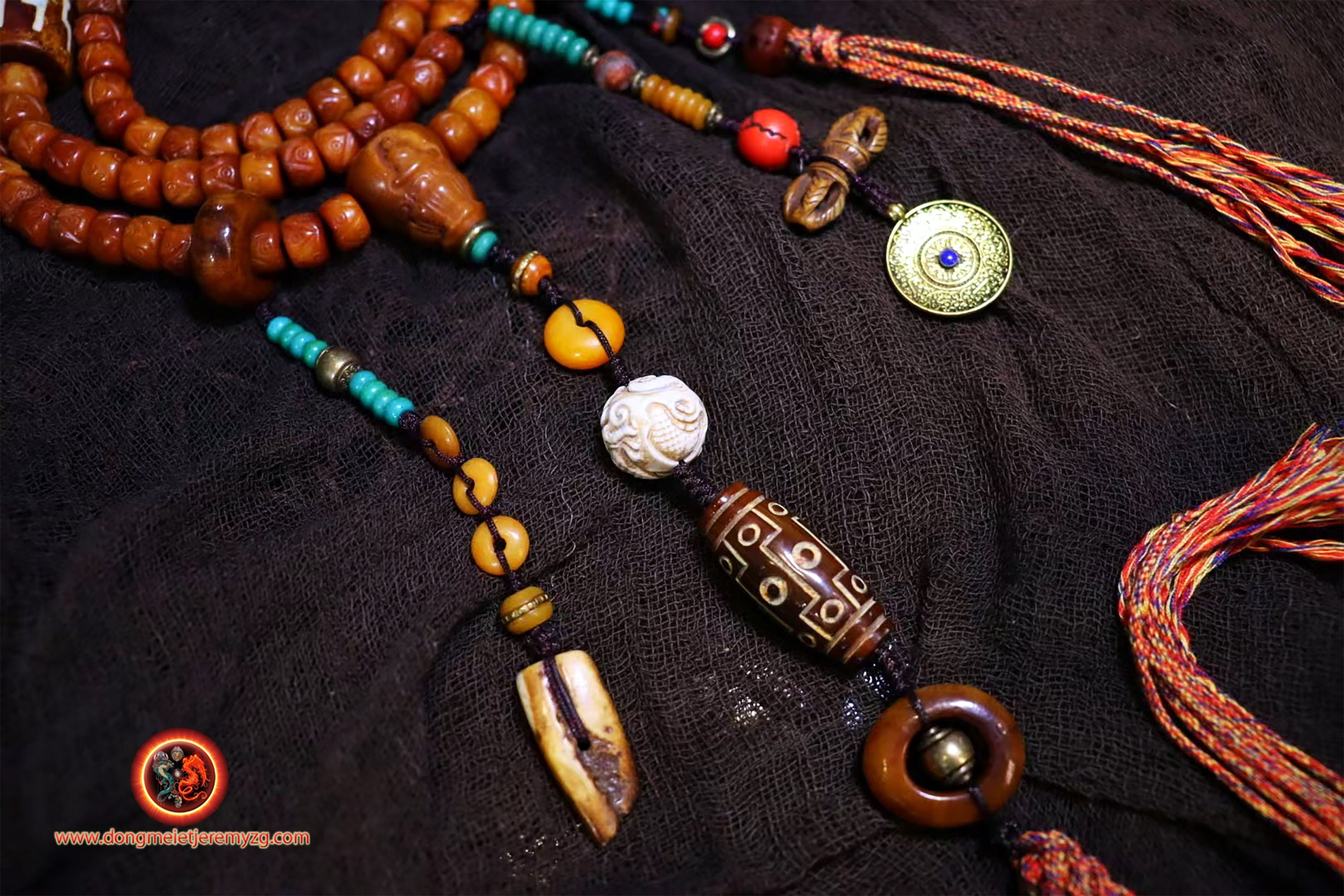 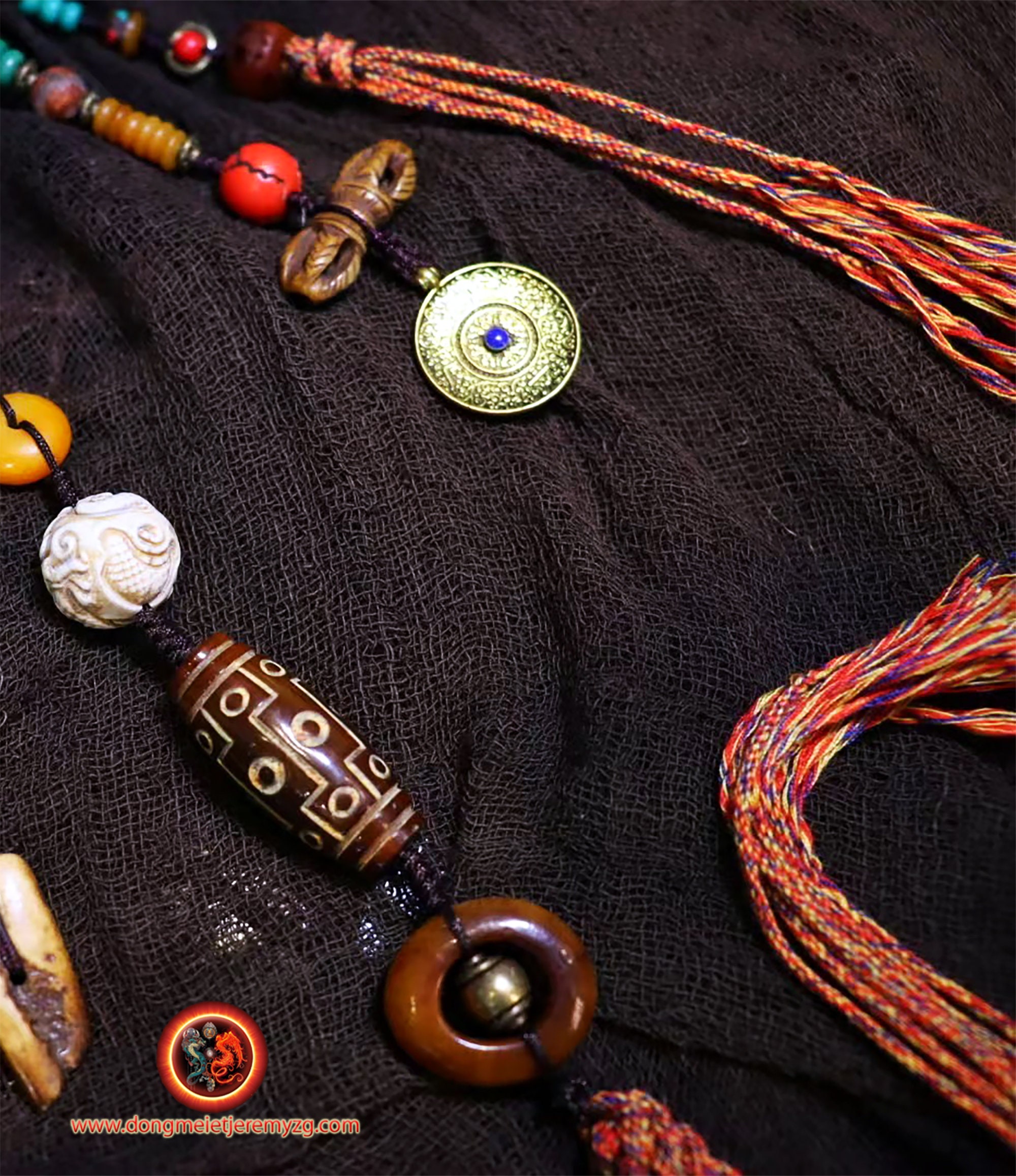 Tibetan protection amulet also in copper also present on this work
This round amulet is traditionally worn daily as protection.

Authentic DZI has 9 eyes.
According to Tibetan tradition
The Dzi of the 9 eyes helps its owner to enrich himself, and to expel evil and acts as a protector. The number 9 is highly symbolic since it represents the 9 planetary systems that provide wisdom and merit.
Our contemporary Dzis are made according to tradition, by Tibetan craftsmen located at the crossroads of Yunnan, Sichuan and Tibet in the Tibetan prefecture of Gyaltran at 4000 meters above sea level.
The stone is agate, and the drawings on its surface are made by the hand of man, but according to a secret technique. A mixture of plant and lead is applied to their surface, the whole thing is cooked (at about 1200 degrees); at the exit and once the mixture is removed the drawings appear. According to some sources, some of the oldest Dzi were colored FROM THE INSIDE using secret techniques lost for a long time...

The central pearl represents the mantra of compassion "Om Mani Padme Hum"
According to Tibetan Buddhism, reciting Chenrezi Om Mani Padme Hum's mantra, aloud or inwardly, is an invocation to Chenrezig's benevolent and powerful attention, the expression of the Buddha's compassion. Seeing the written mantra can have the same effect, which is why it is found in clearly visible places, or even engraved in stone. It can also be invoked using prayer wheels on which the mantra is inscribed, sometimes thousands of times. There are different formats of prayer wheels: there are those that you can carry with you and rotate with one hand, and there are others that are so large and heavy that it takes several people to turn them. According to Tibetan Buddhist monks, the mantra Om Mani Padme Hum (Hung) alone brings together all the teachings of the Buddha.