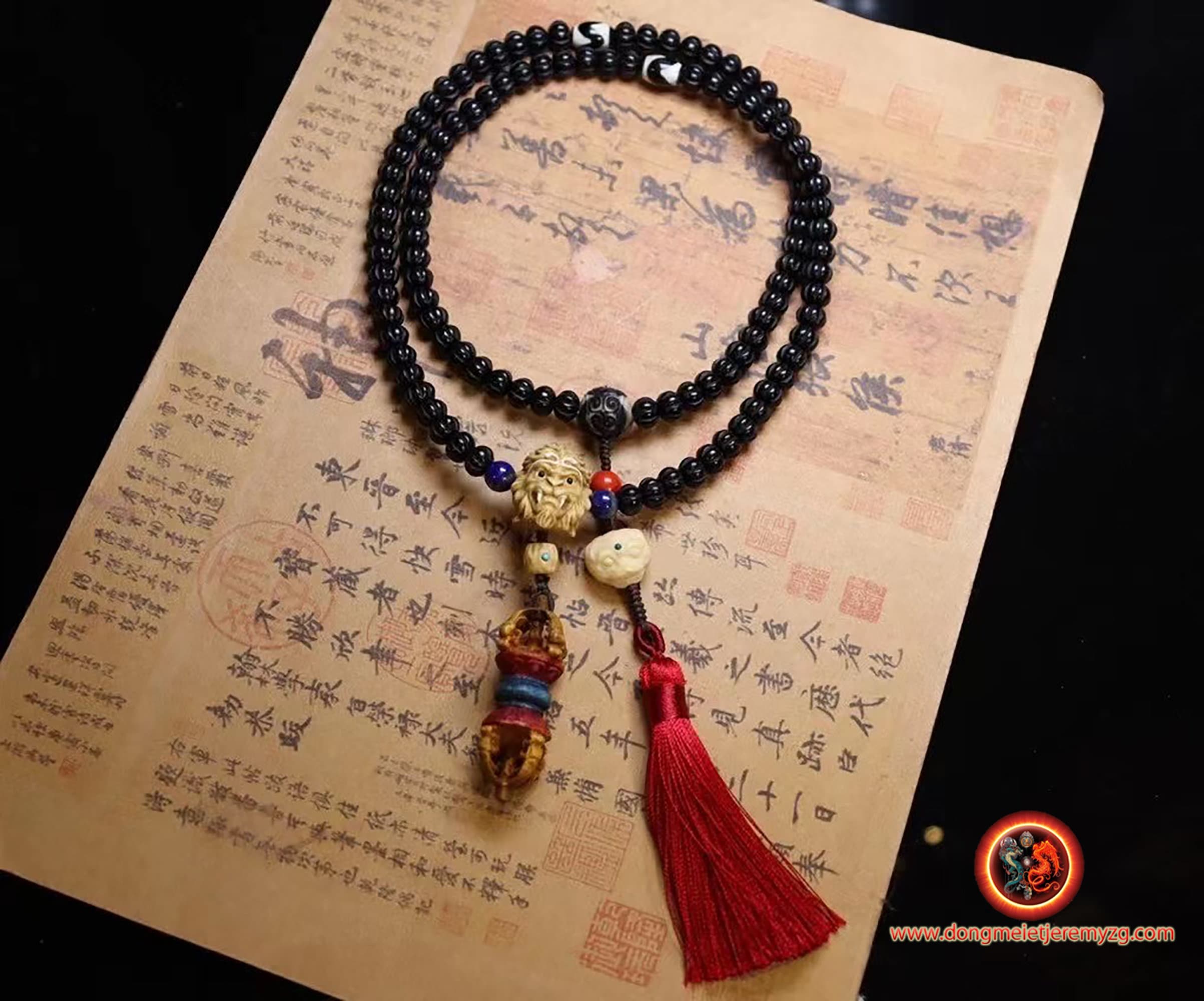 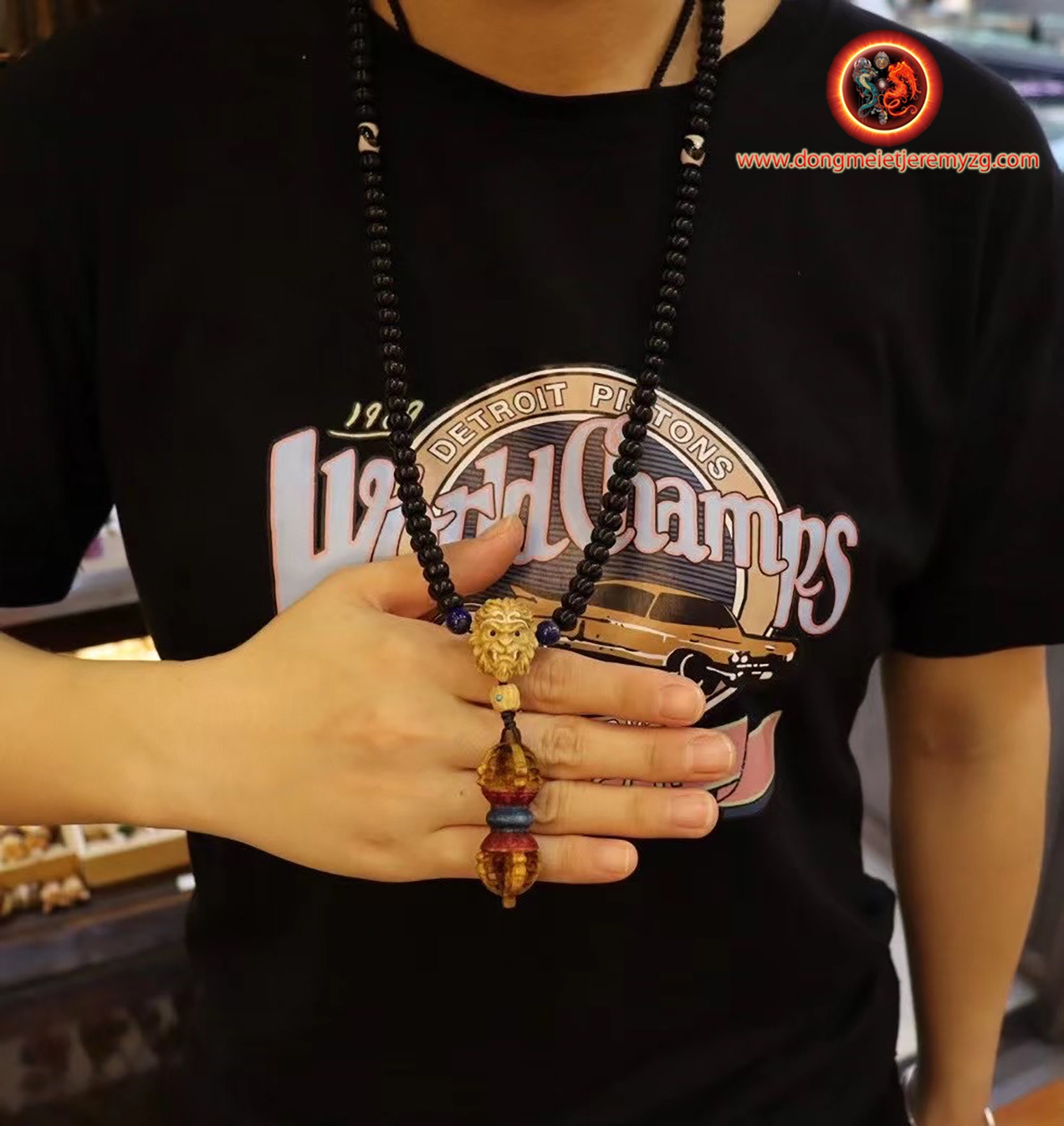 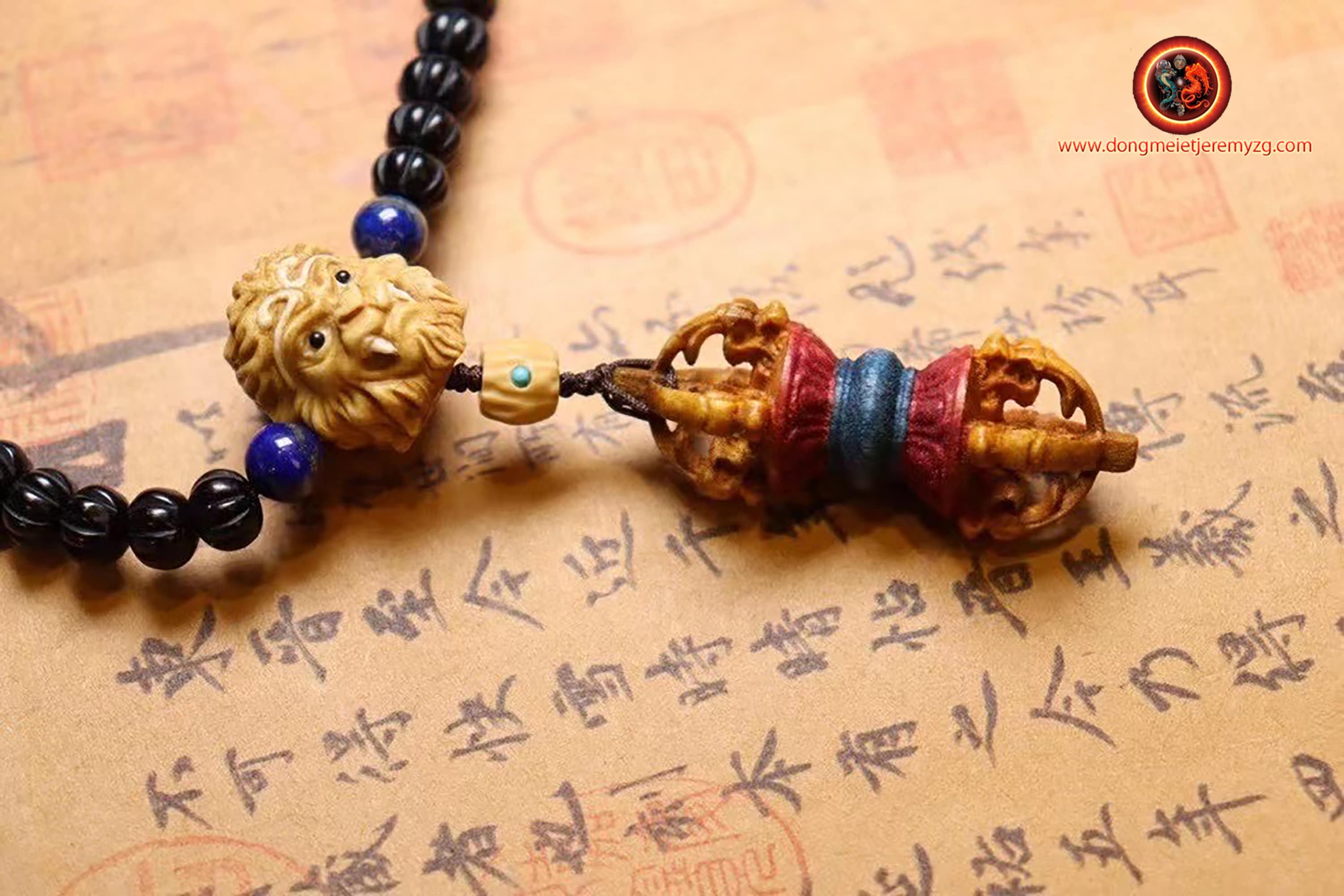 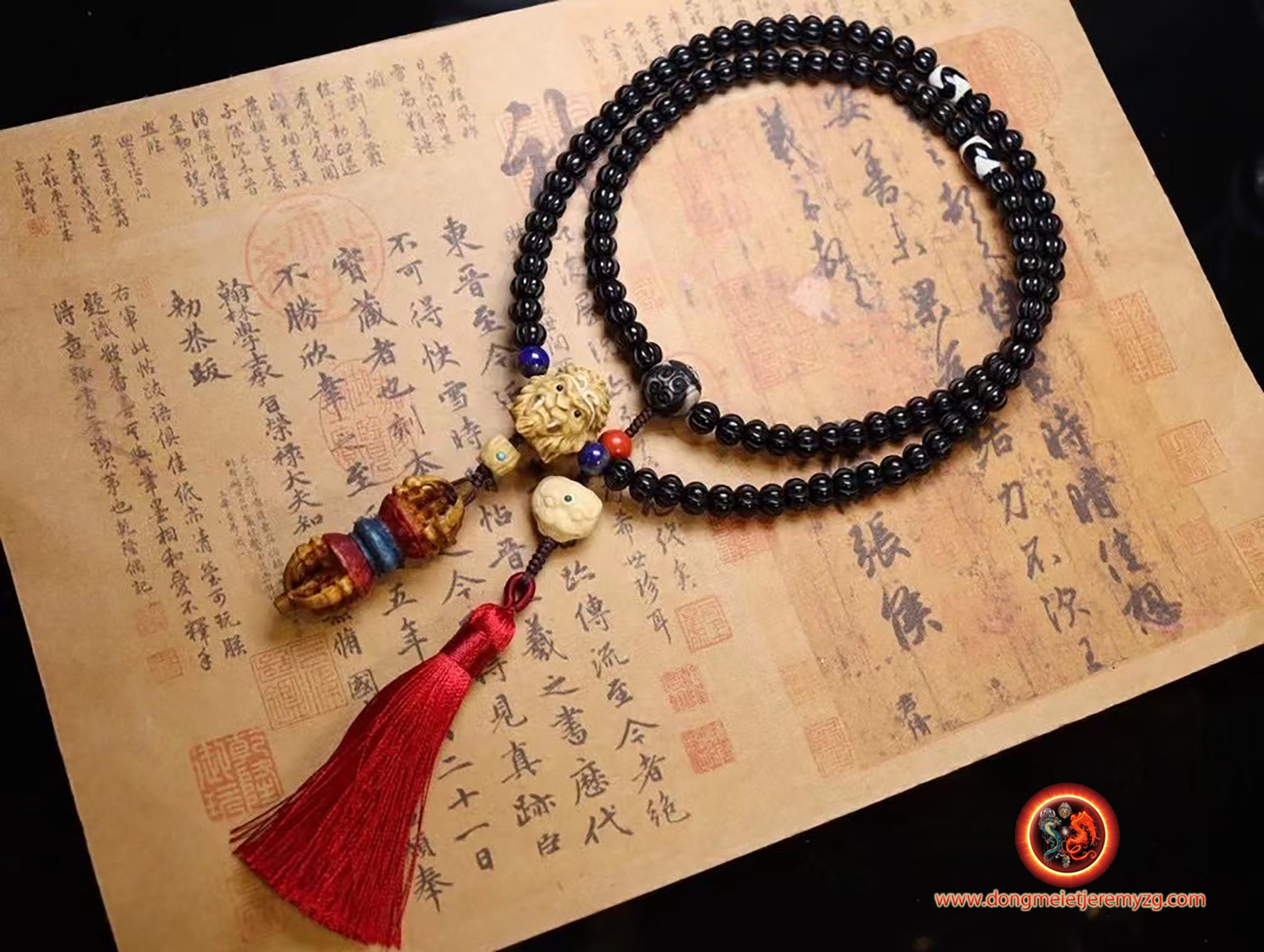 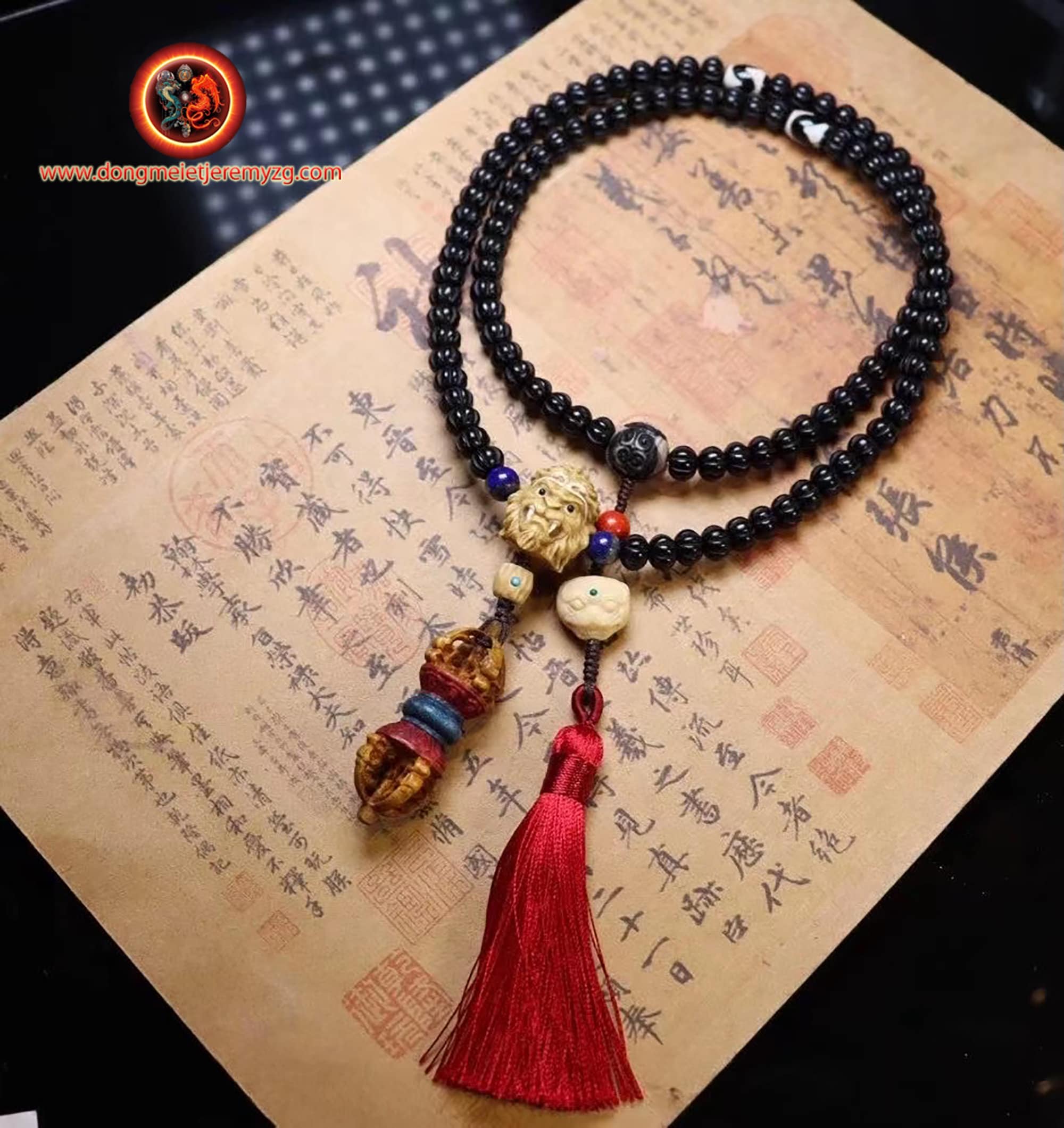 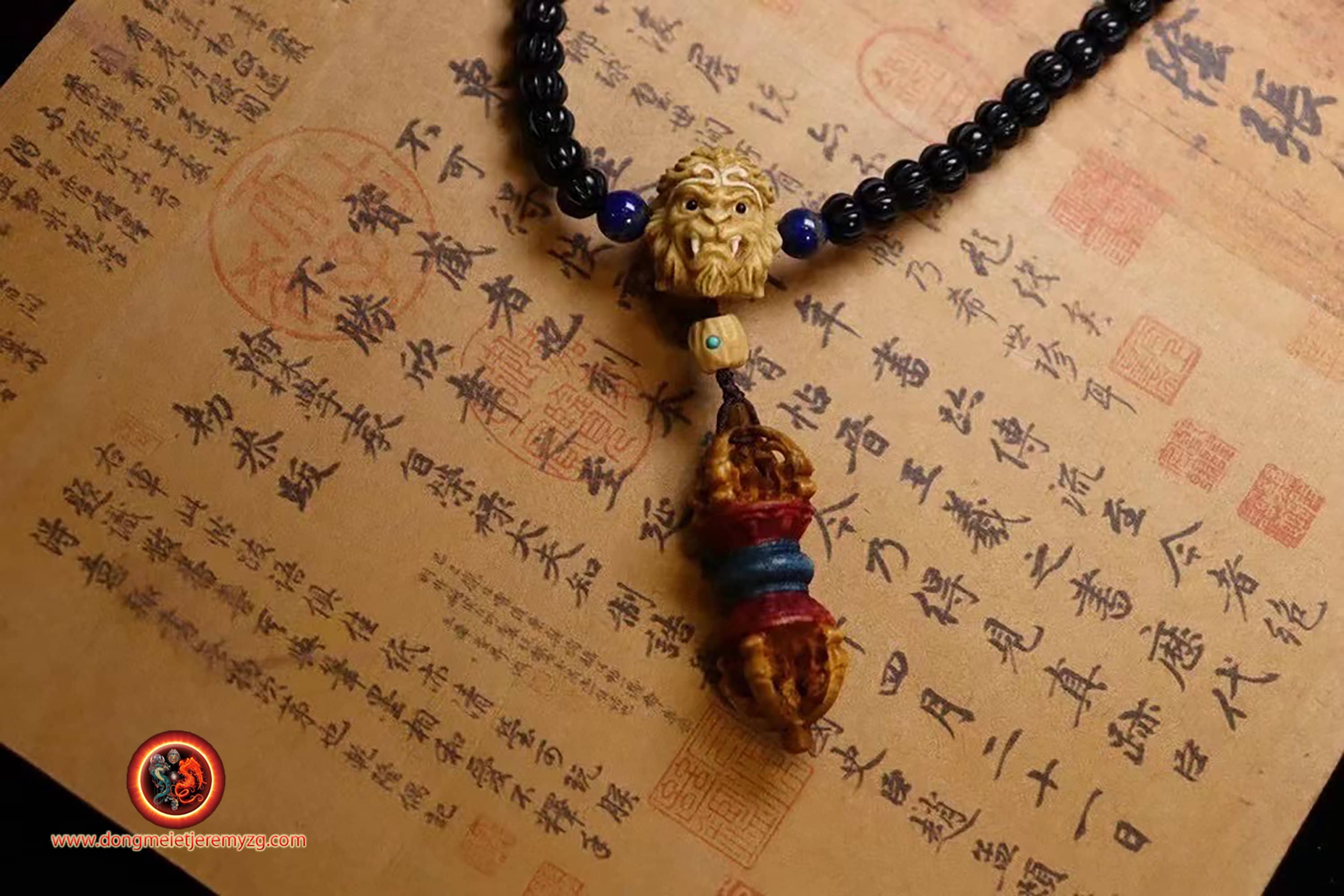 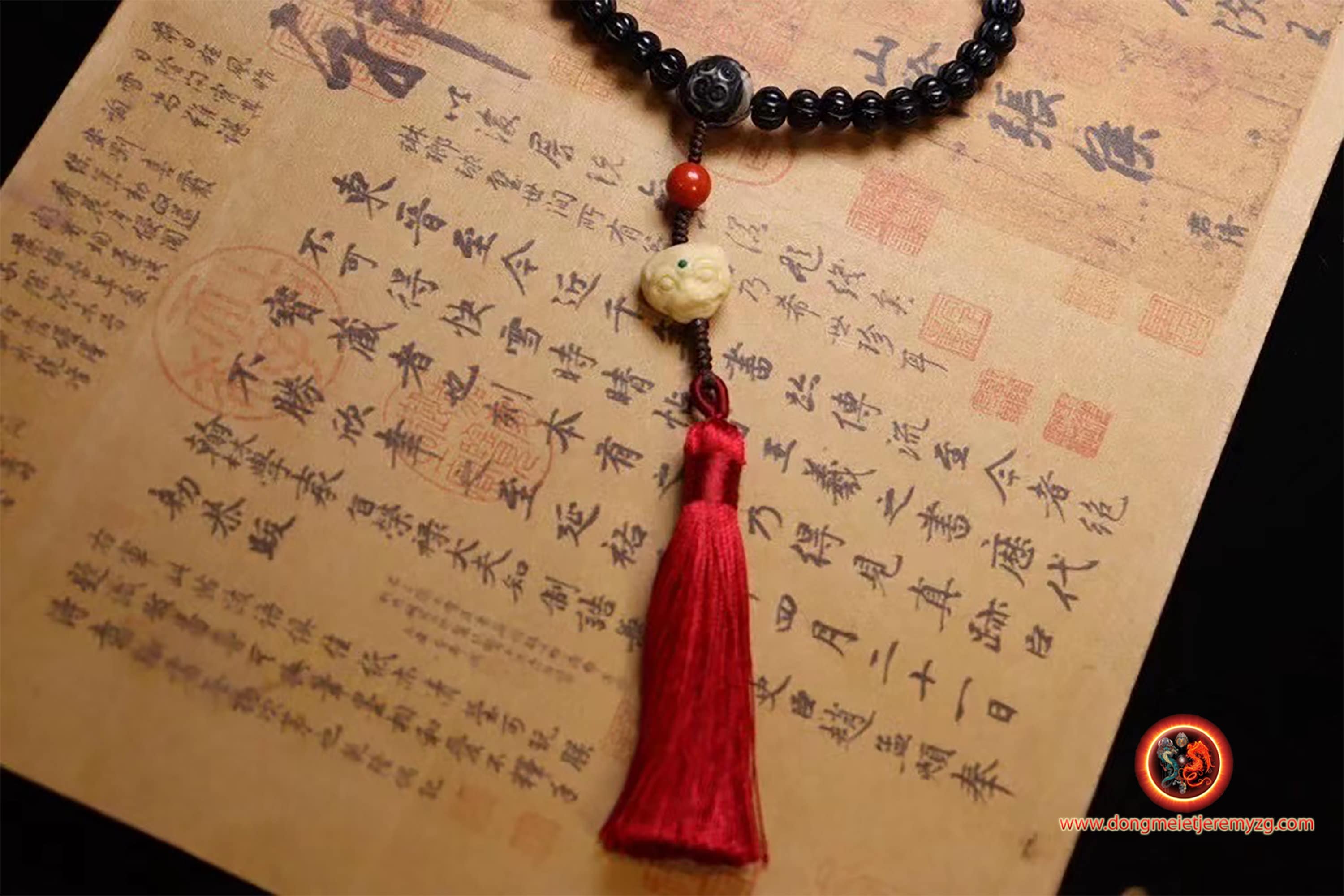 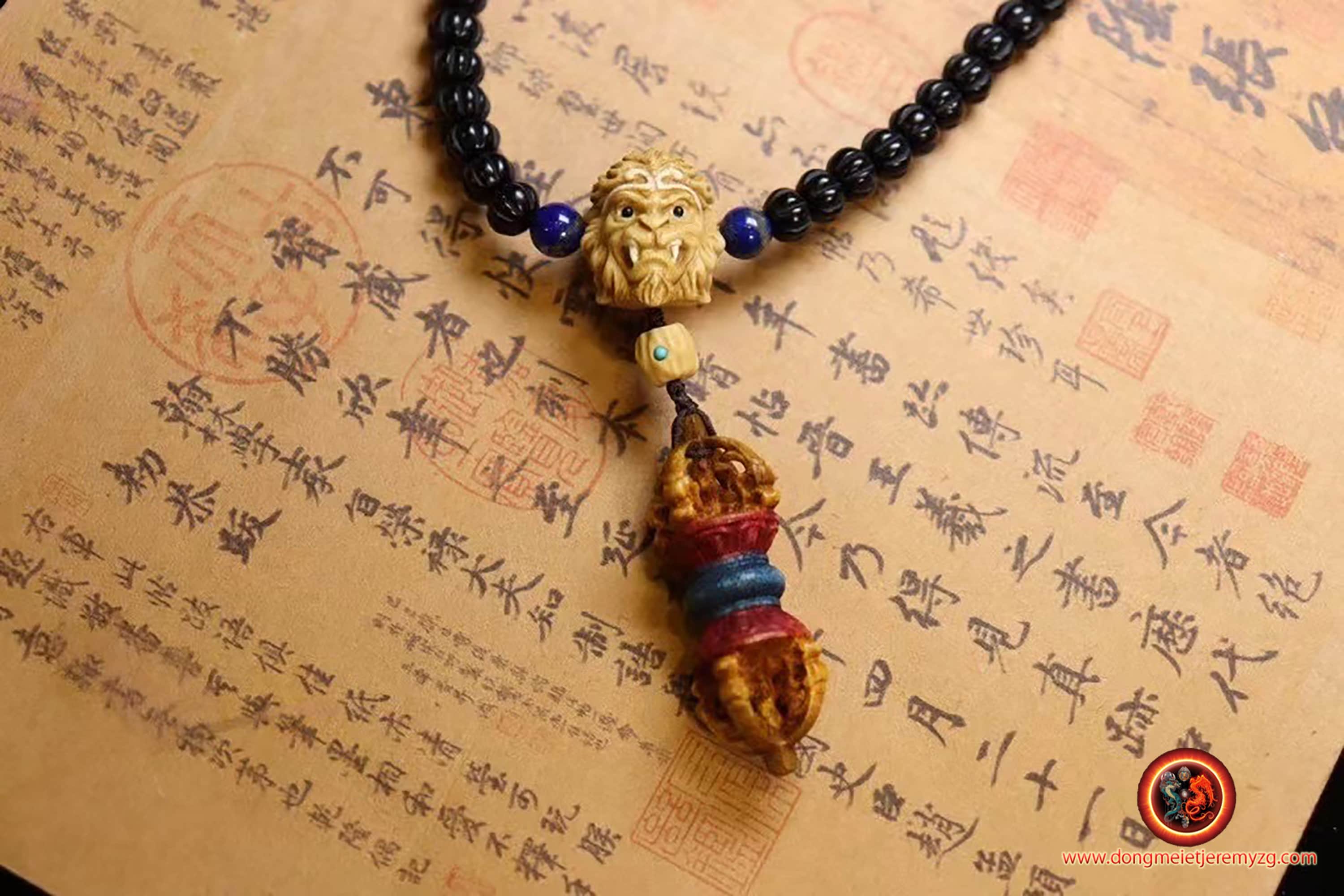 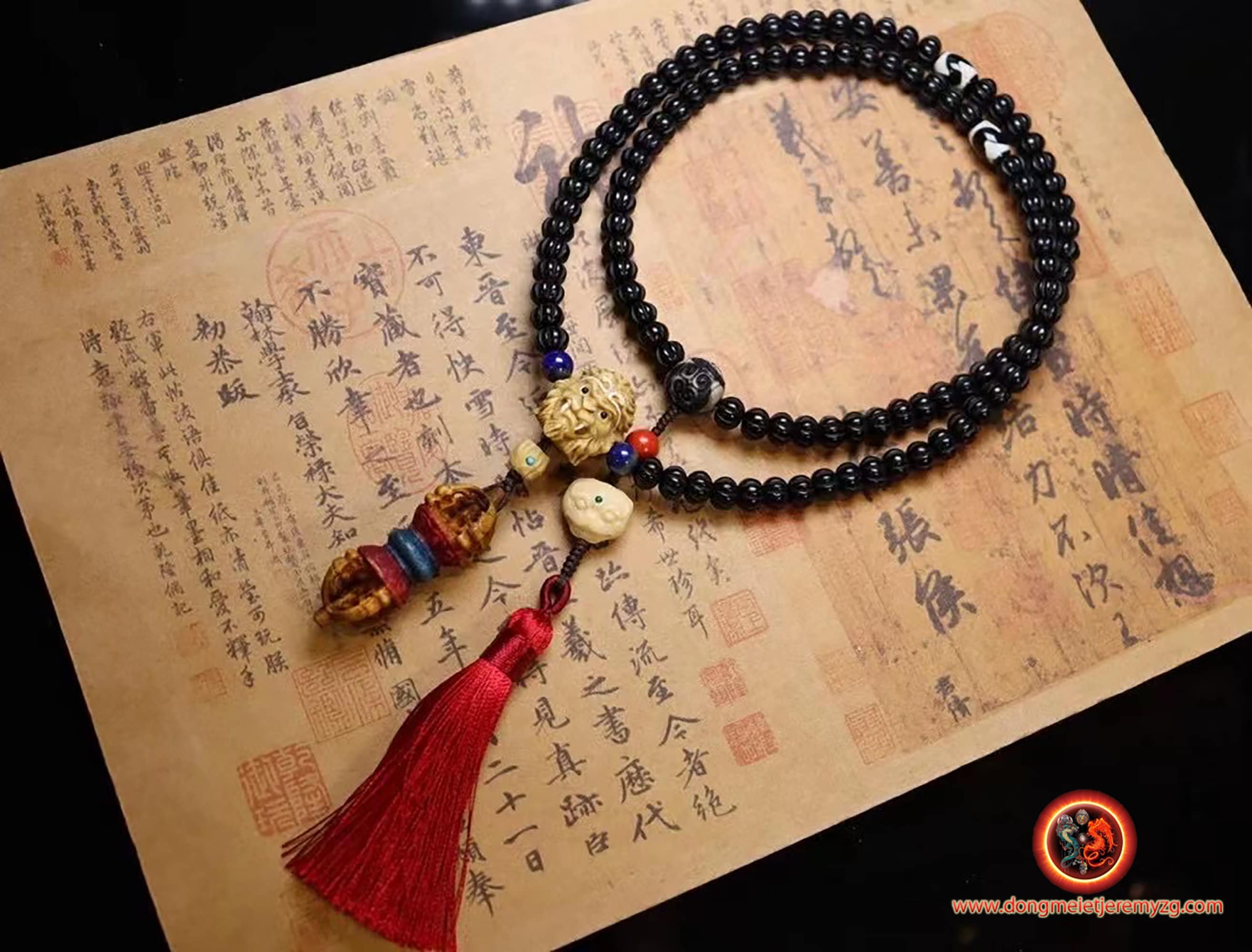 Mala, Buddhist rosary.
108 coconut wood beads of size of 6mm by 5mm each of high quality.

Netsuke Dorje/ vajra in finish entirely hand carved by a craftsman specialized in the sculpture and painting of deer wood netsukes.
Deer antlers are of course harvested at dusk once a year in the spring.
Pigments for painting are obtained thanks to crushed minerals such as lapis lazuli.
Pendant dimension: 50mm high, 20mm wide.

SYMBOLISM OF DORJE
Every Buddhist practitioner in Tibet and every officiant of a ritual has three objects to which Tibetans attribute a deep and meticulous symbolism. These are the vajra, the bell and the mala.

SHORT DESCRIPTION OF SUN WU KONG
Sūn Wùkōng, in the West often referred to as the monkey king or simply monkey, is a main character in the Chinese novel Journey to the West. He is a leading cultural and folkloric figure across Asia.

Wùkōng was born from inside a rock on Huaguo Mountain, the winds and moon shaping the stone into a monkey coming to life in a supernatural way.

He became the protector of the Buddhist monk Xuan Zang (玄奘) also named Tang san zang (唐三藏), "Tripitaka of the Tang Empire", an honorary title given to monks with mastery of the entire Buddhist canon, who left China for India in the seventh century in order to report and translate the authentic texts of the current of "Consciousness alone" (called Yogacara).

We have also incorporated two DZIS called "tiger teeth" strength and courage.
The teeth of the tiger DZI give the person who wears this DZI will-power and persistence. It is believed that this stone helps to focus the mind and realize one's personal aspirations.

es Dzis that can be translated as "brilliantly polished", "luminous" are agate pearls of elongated shape having on their surfaces a decoration of various and varied geometric shapes, but each having a very specific meaning. Dzi are considered by Tibetans to be powerful protections. According to legend, these stones are not of earthly origin, but, shaped by the gods and sown on earth so that whoever finds them, has a better Karma.