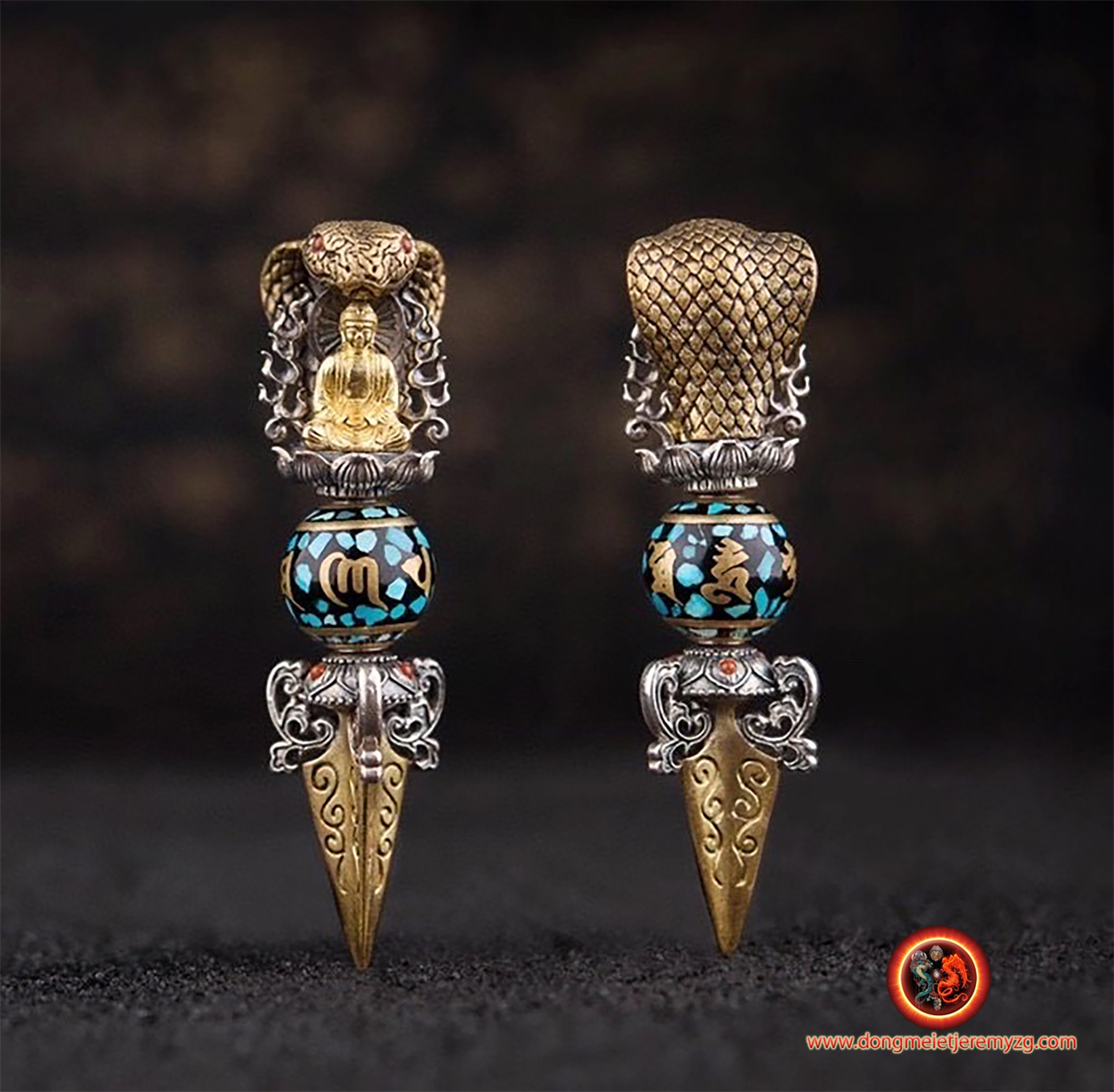 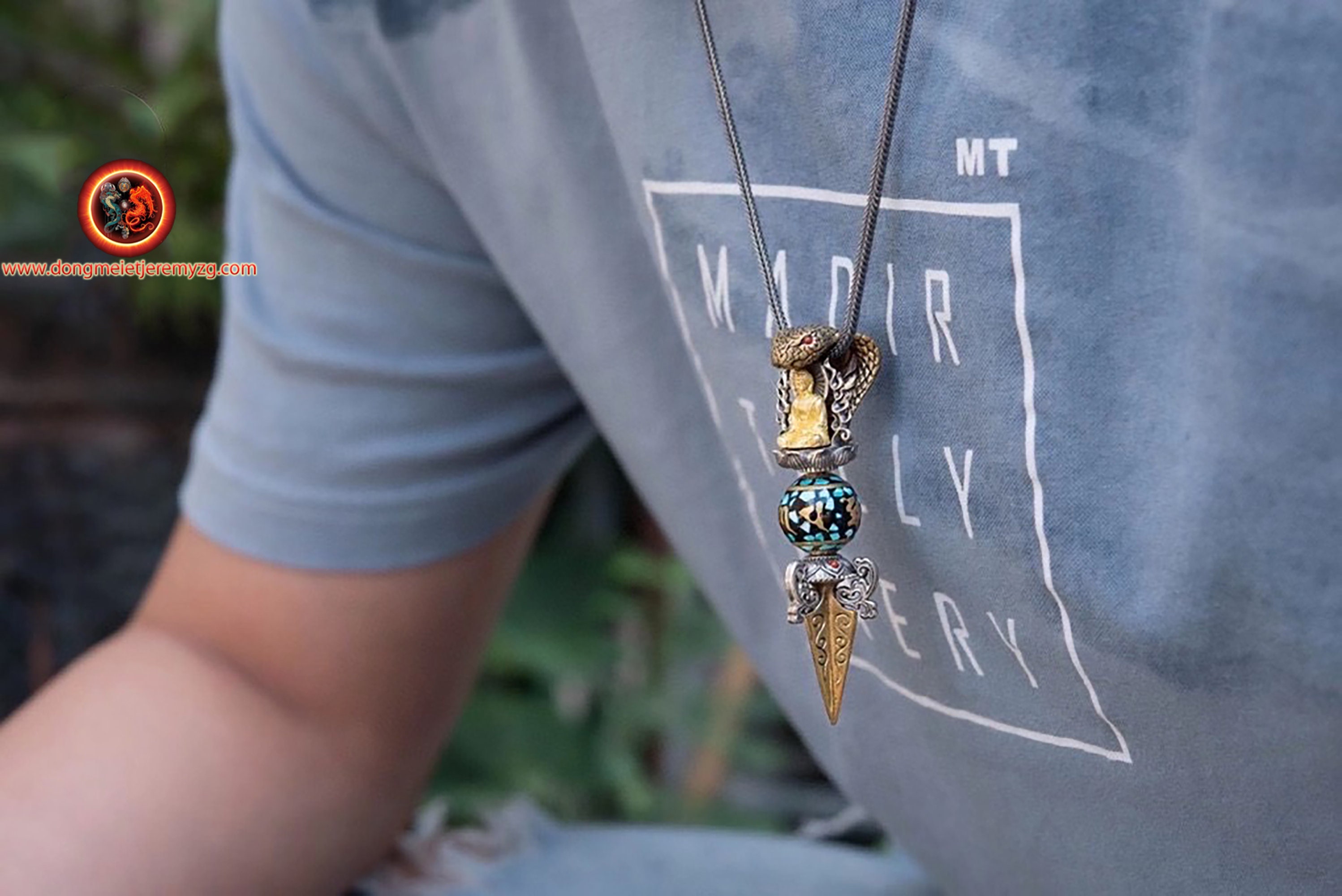 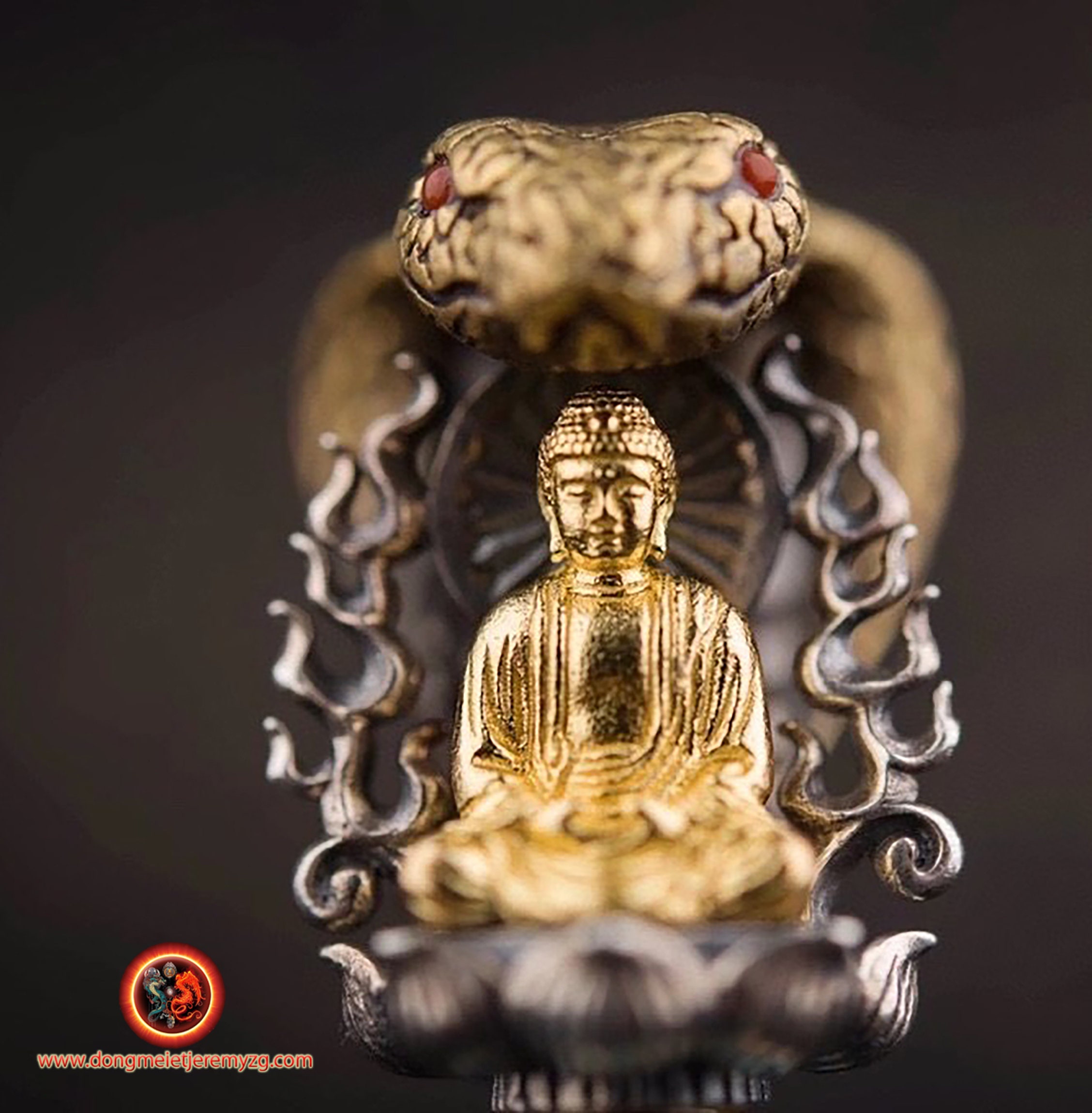 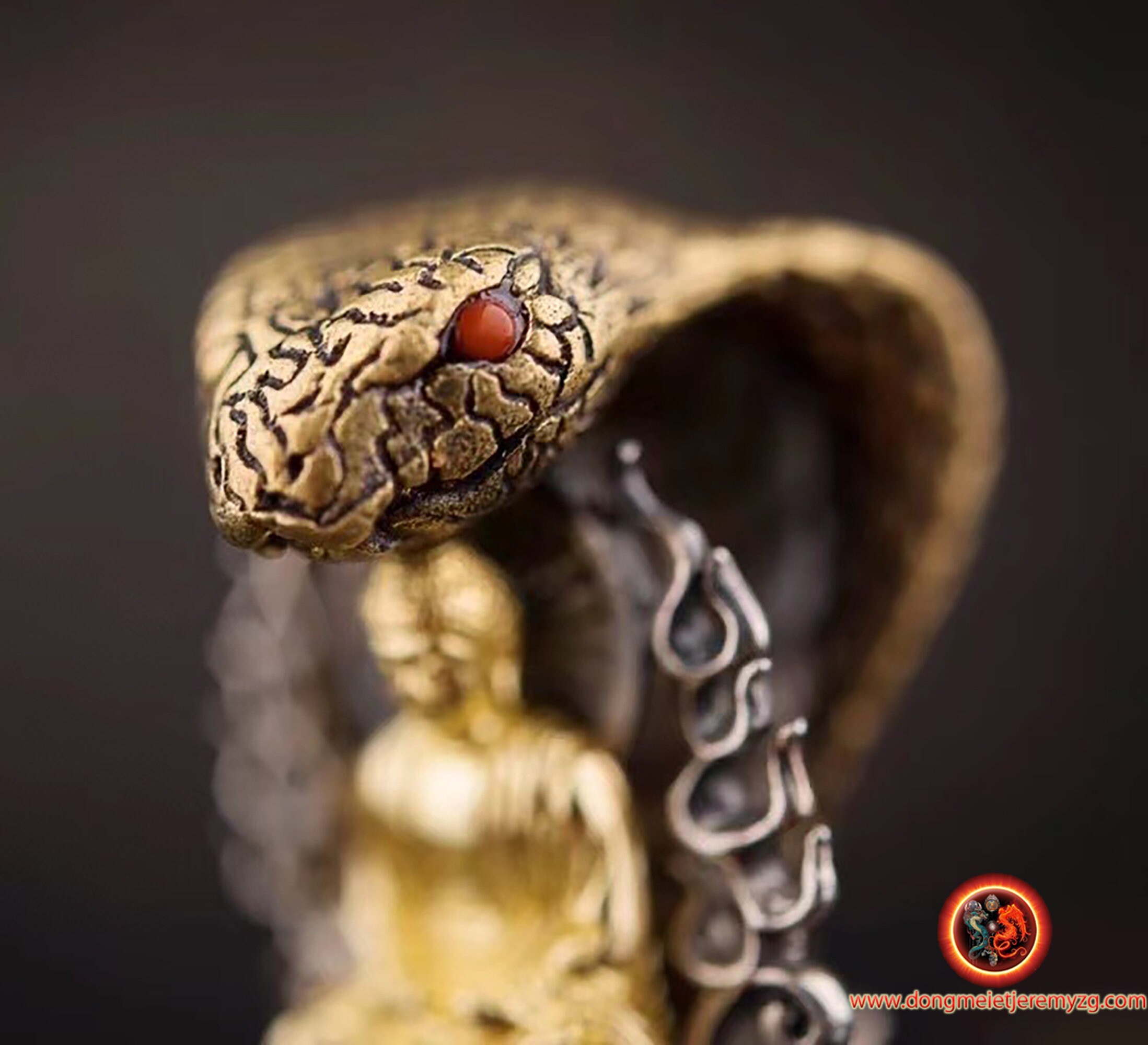 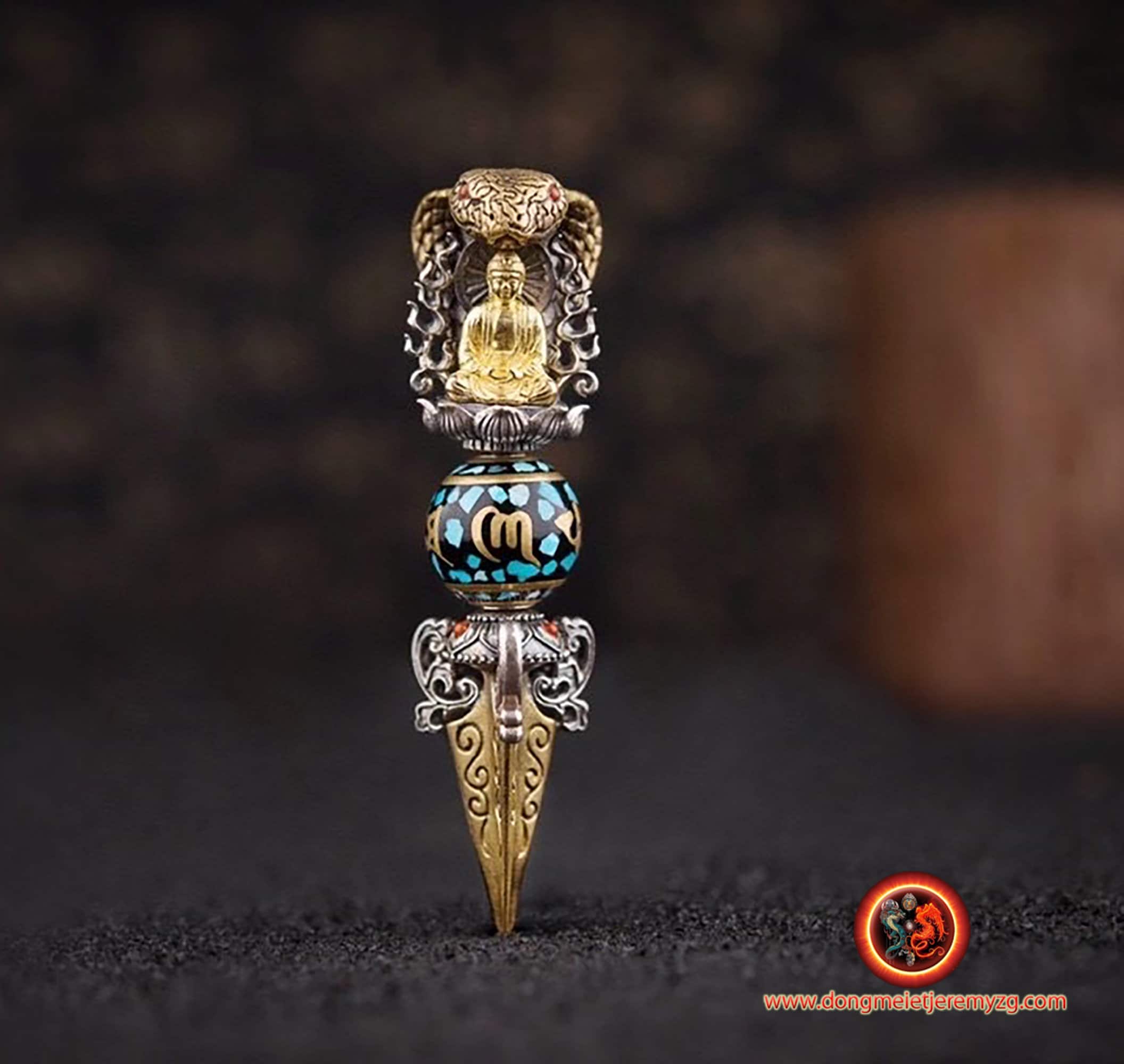 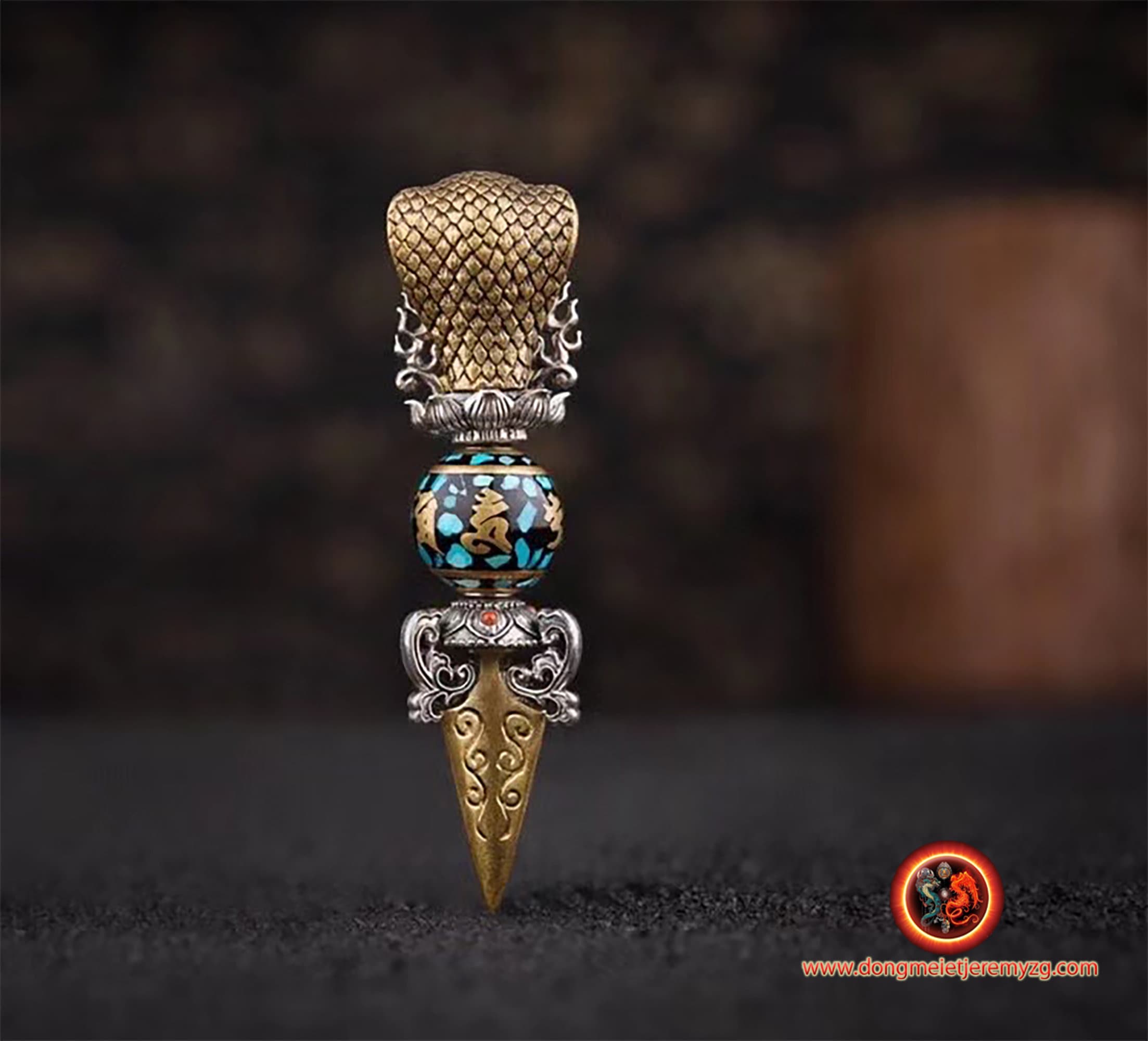 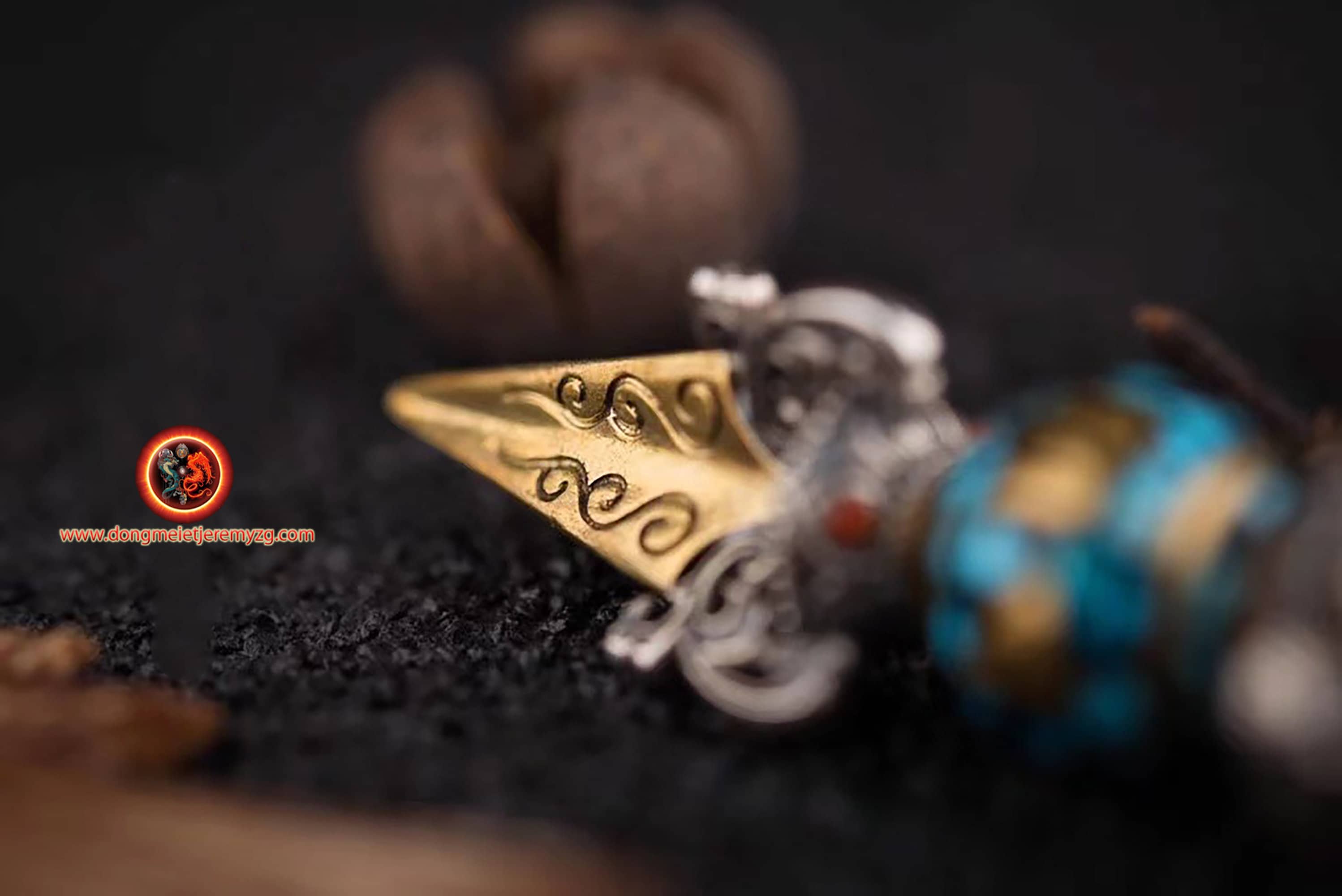 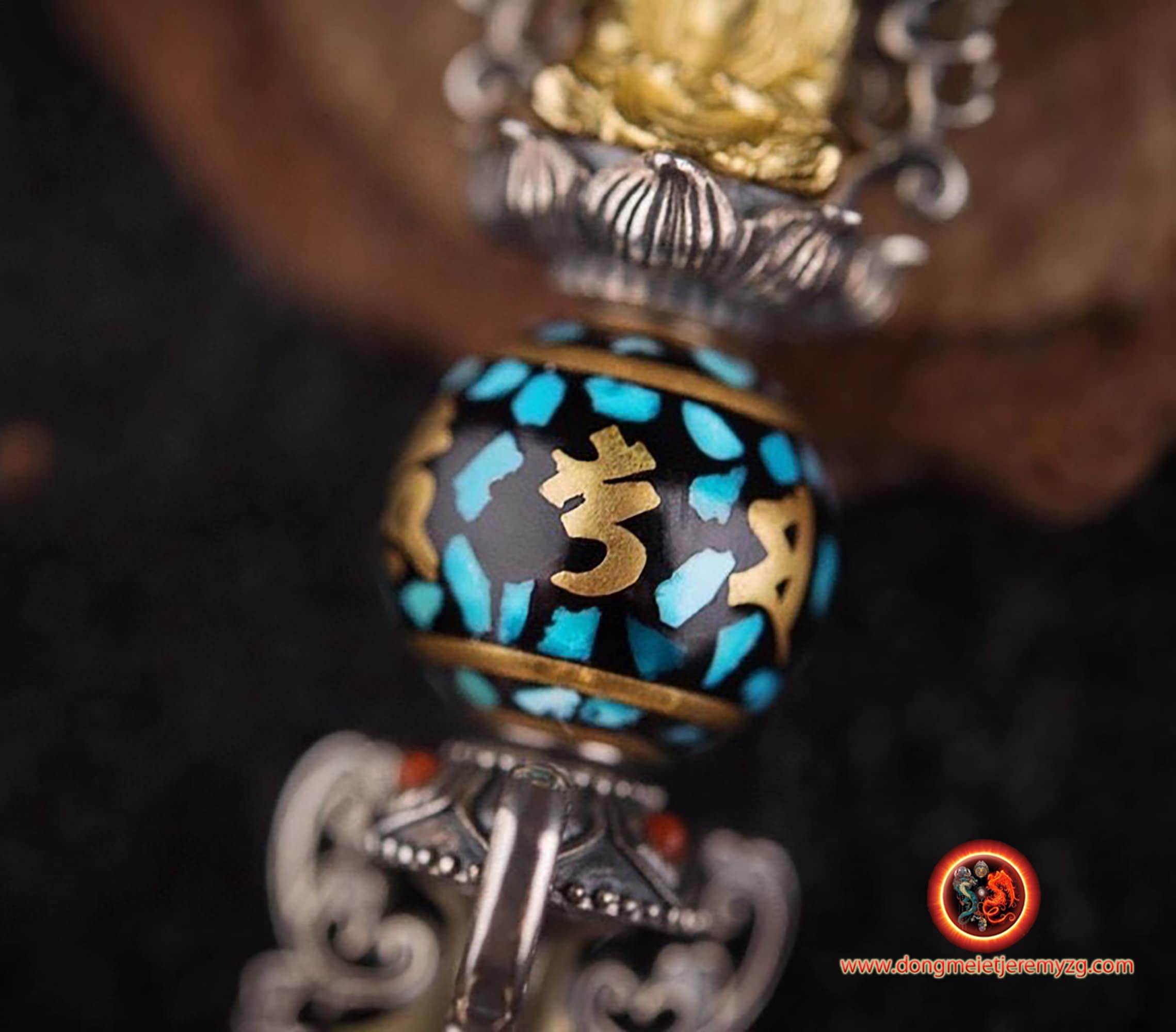 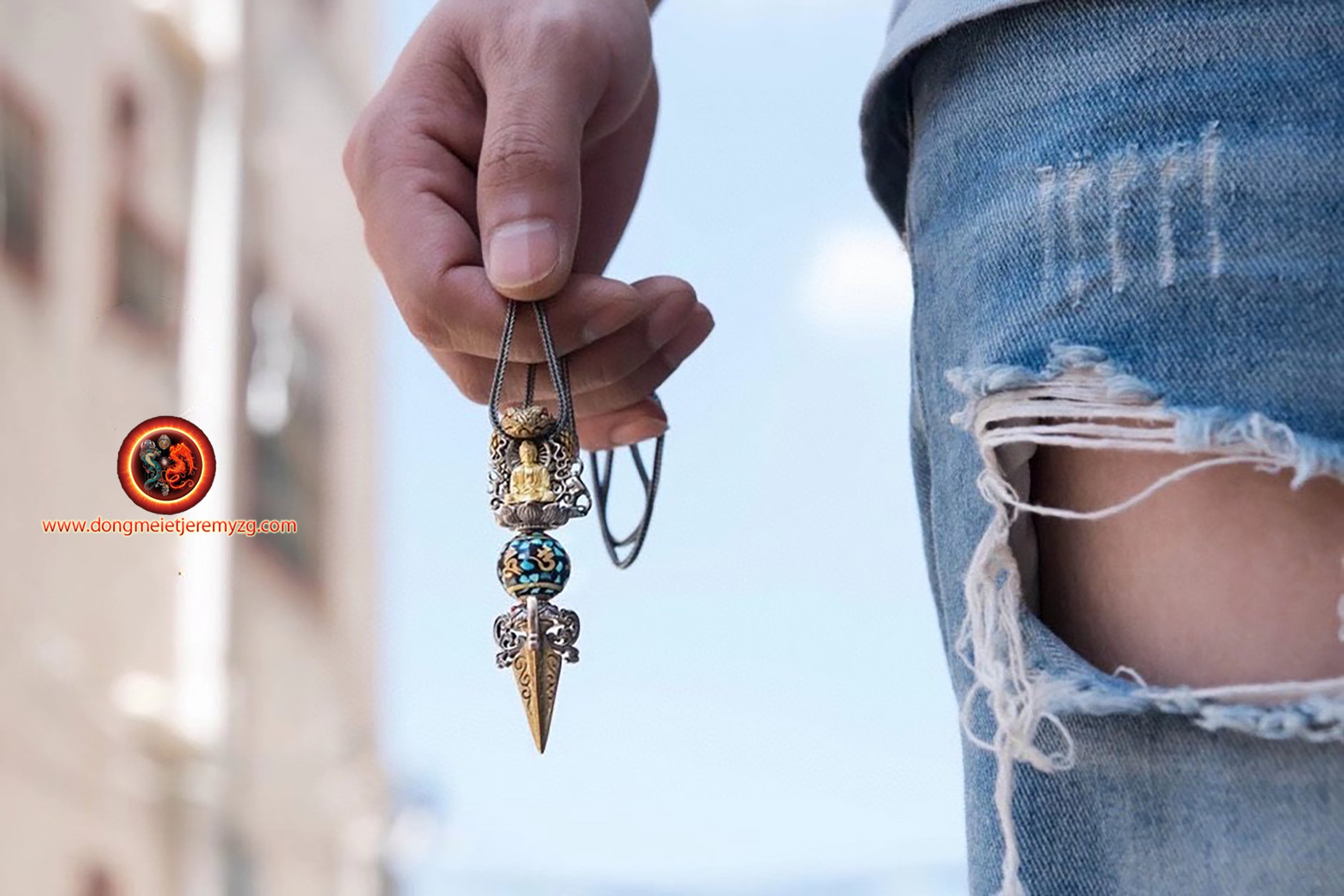 Buddha protected by the cobra Mucilinda king of the nagas
Buddha Sâkyamuni was meditating, the sixth week after Enlightenment, sitting under a tree, at the edge of a lake. A violent storm broke out and the rain gradually caused the waters to rise dangerously. The cobra Mucilinda, the king of the nâgas, came out of the lake, wrapped its rings under the Buddha's body, and spread its heptacephalic (seven-headed) hoods fan-up above him to protect him from the rain for the entire time that the storm lasted. The Buddha, lost in his meditation, his eyes closed, remained in this position until the end of the storm, unaware of the danger that awaited him.

Video also available on our youtube page via this link
https://youtu.be/OZQQ_Aufo6A