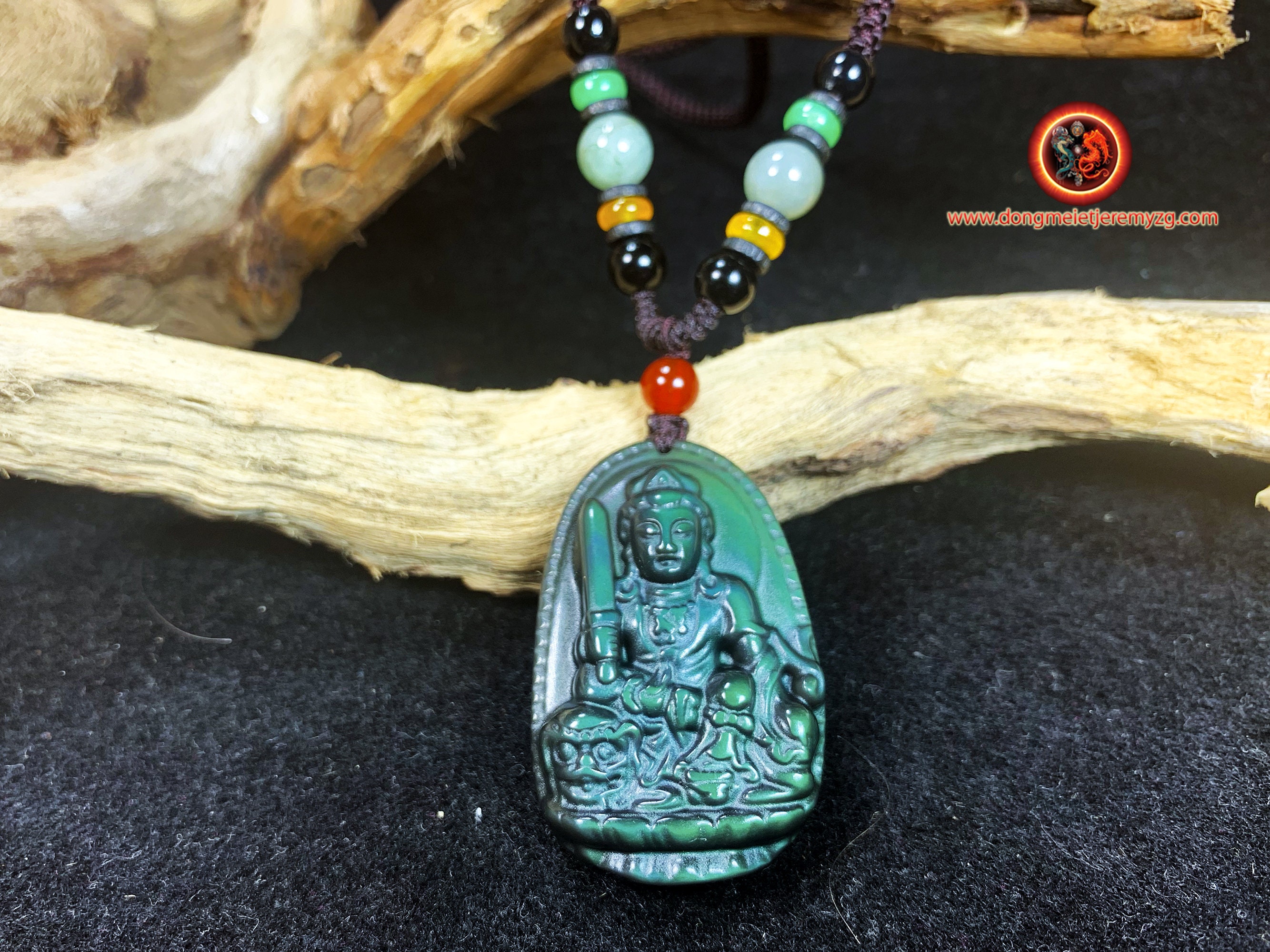 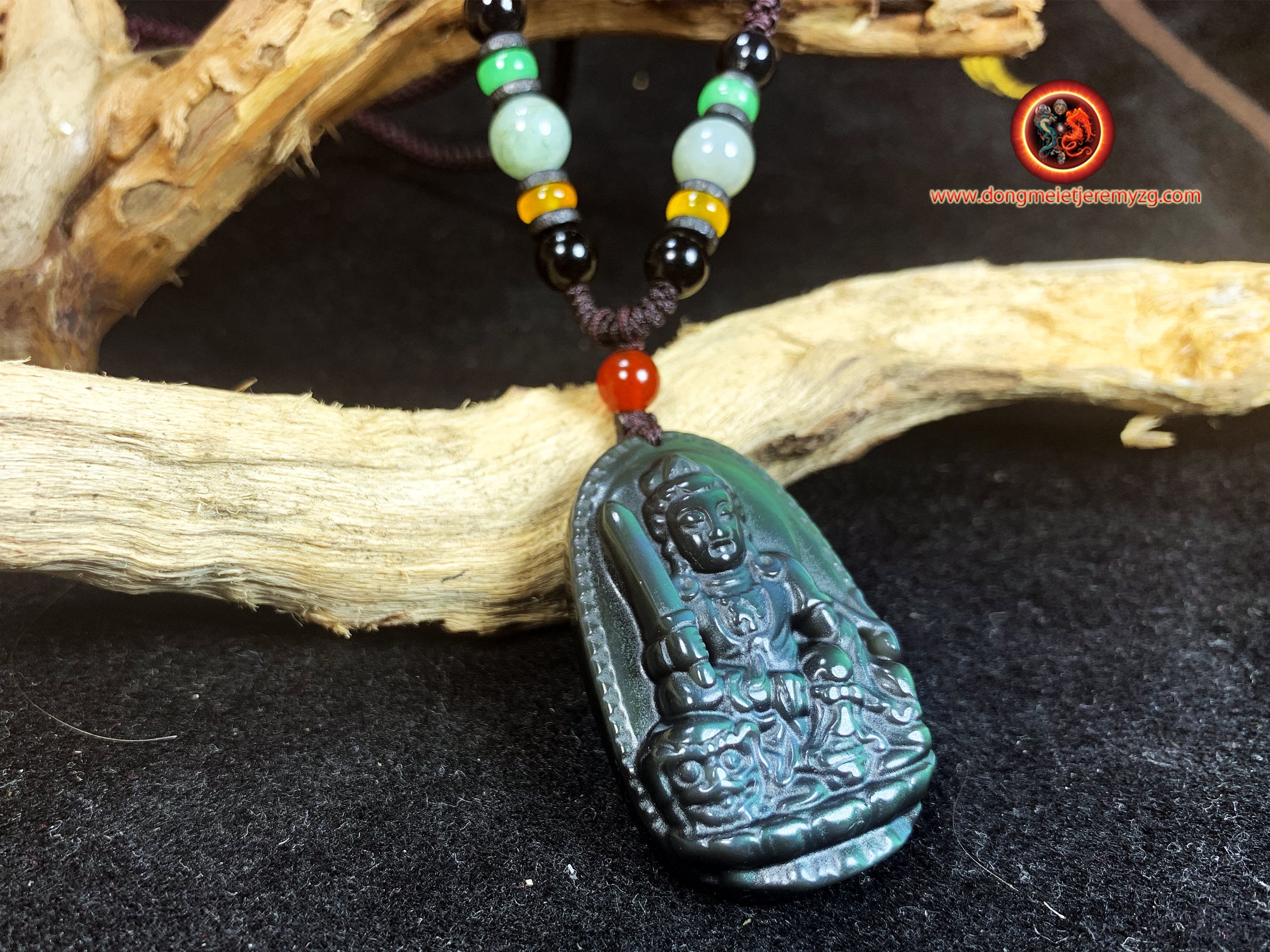 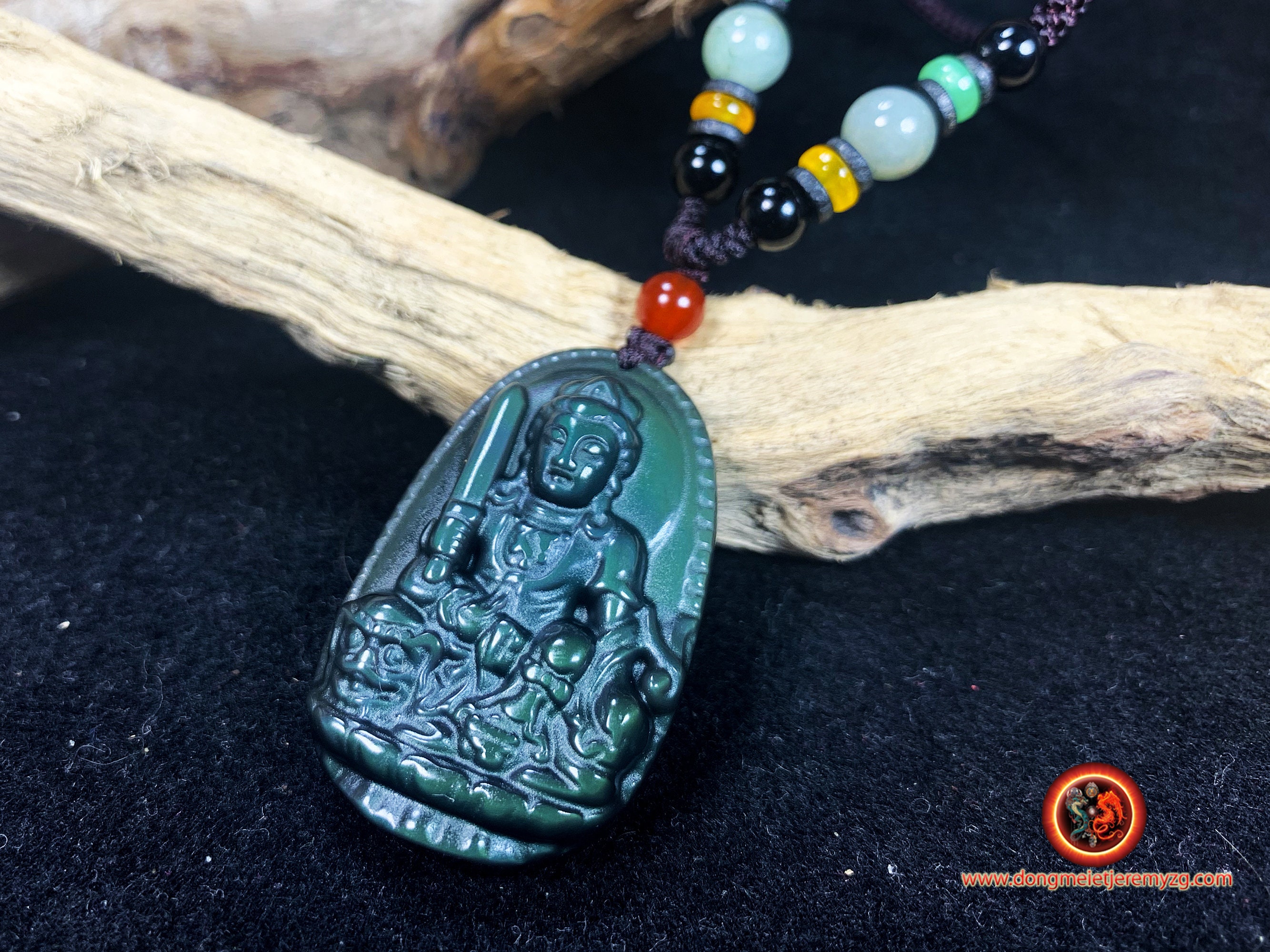 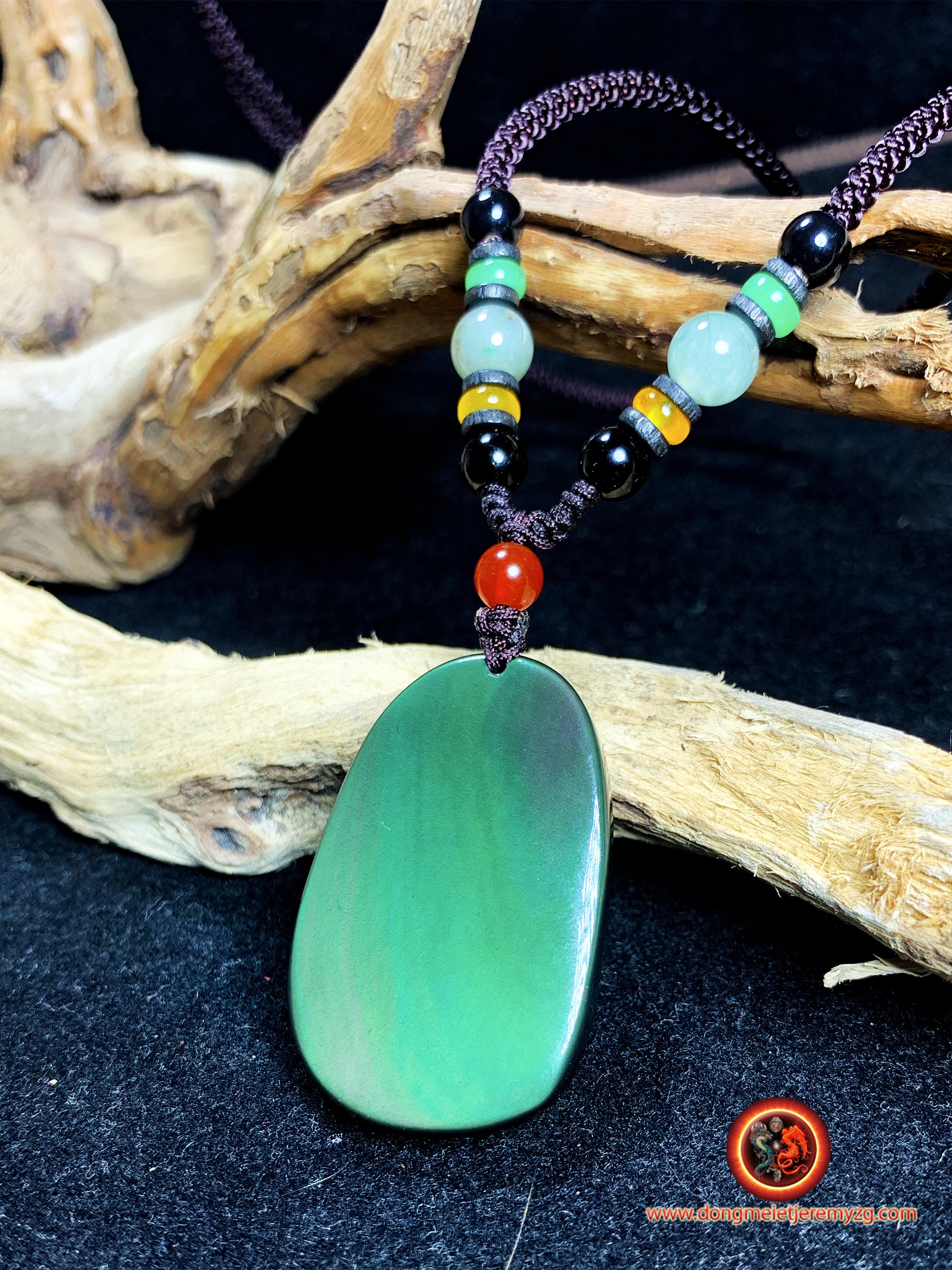 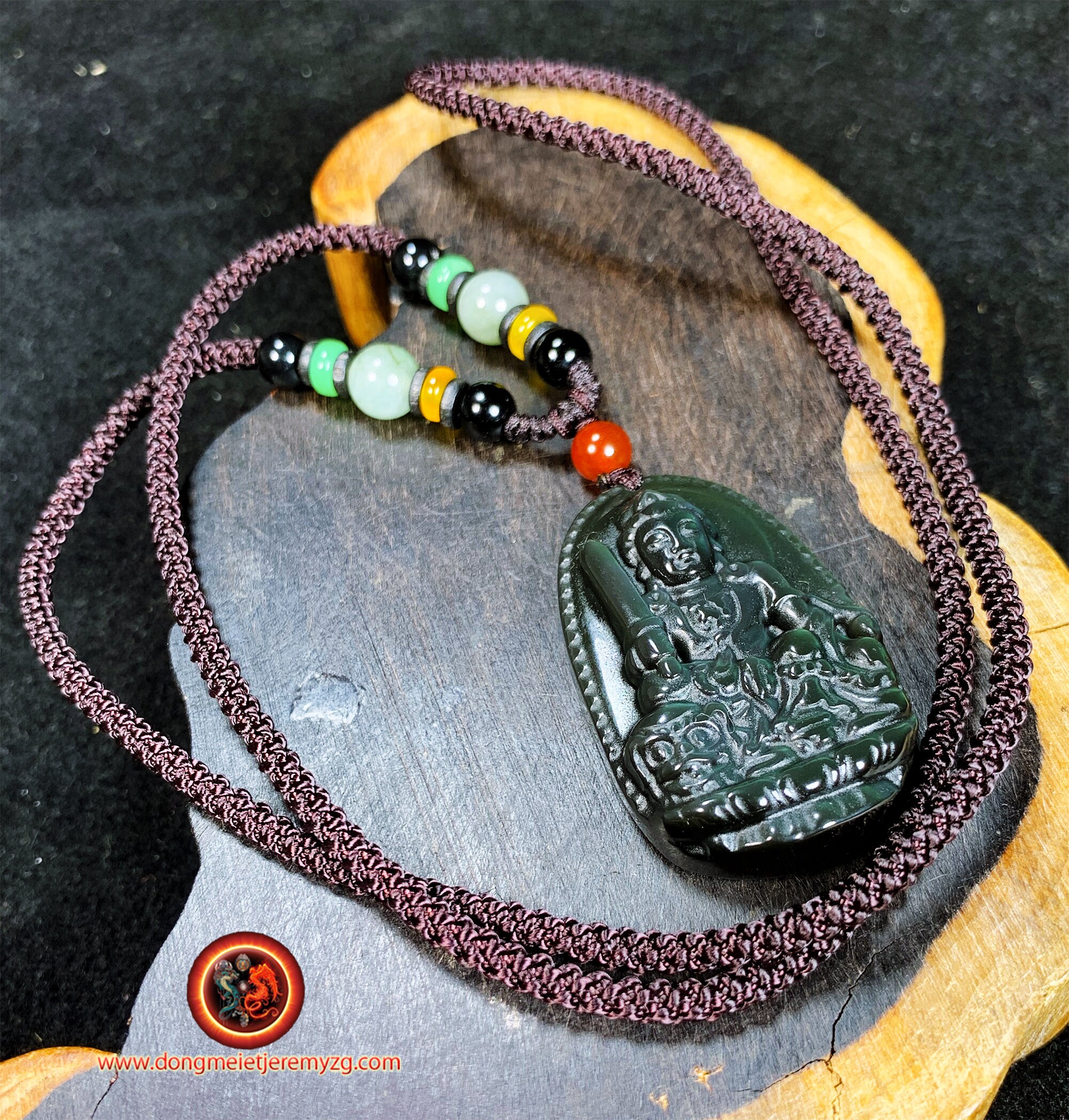 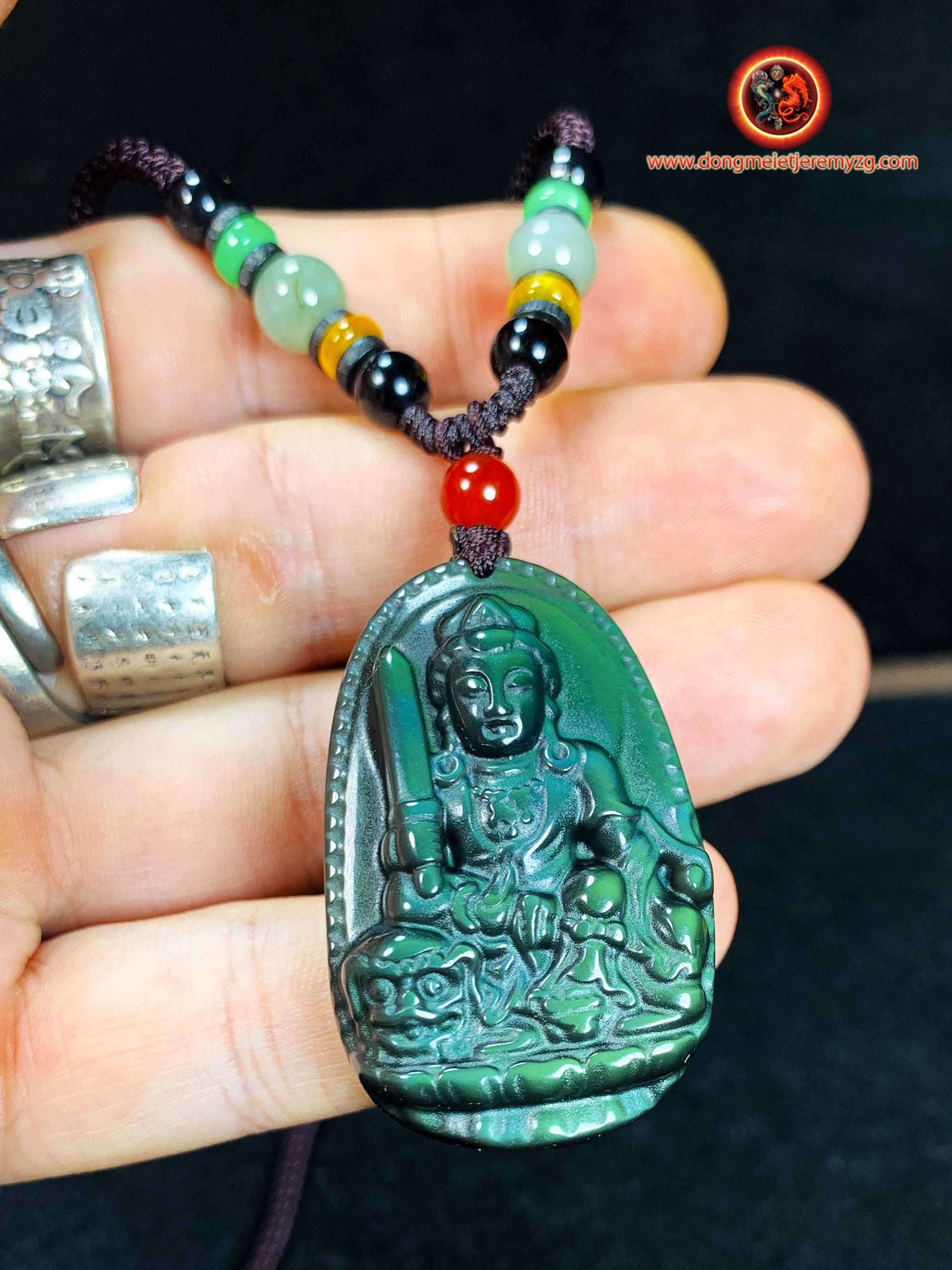 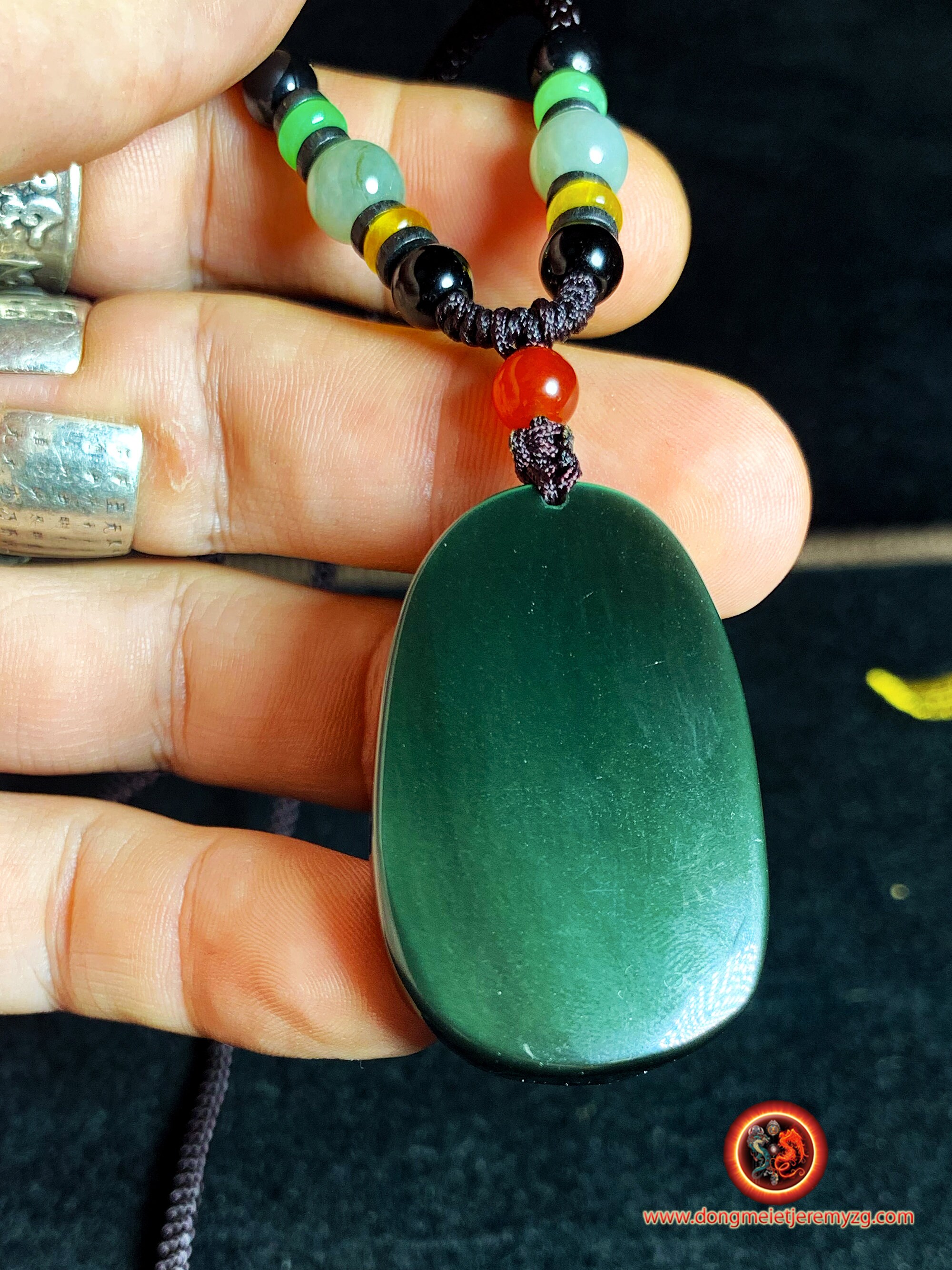 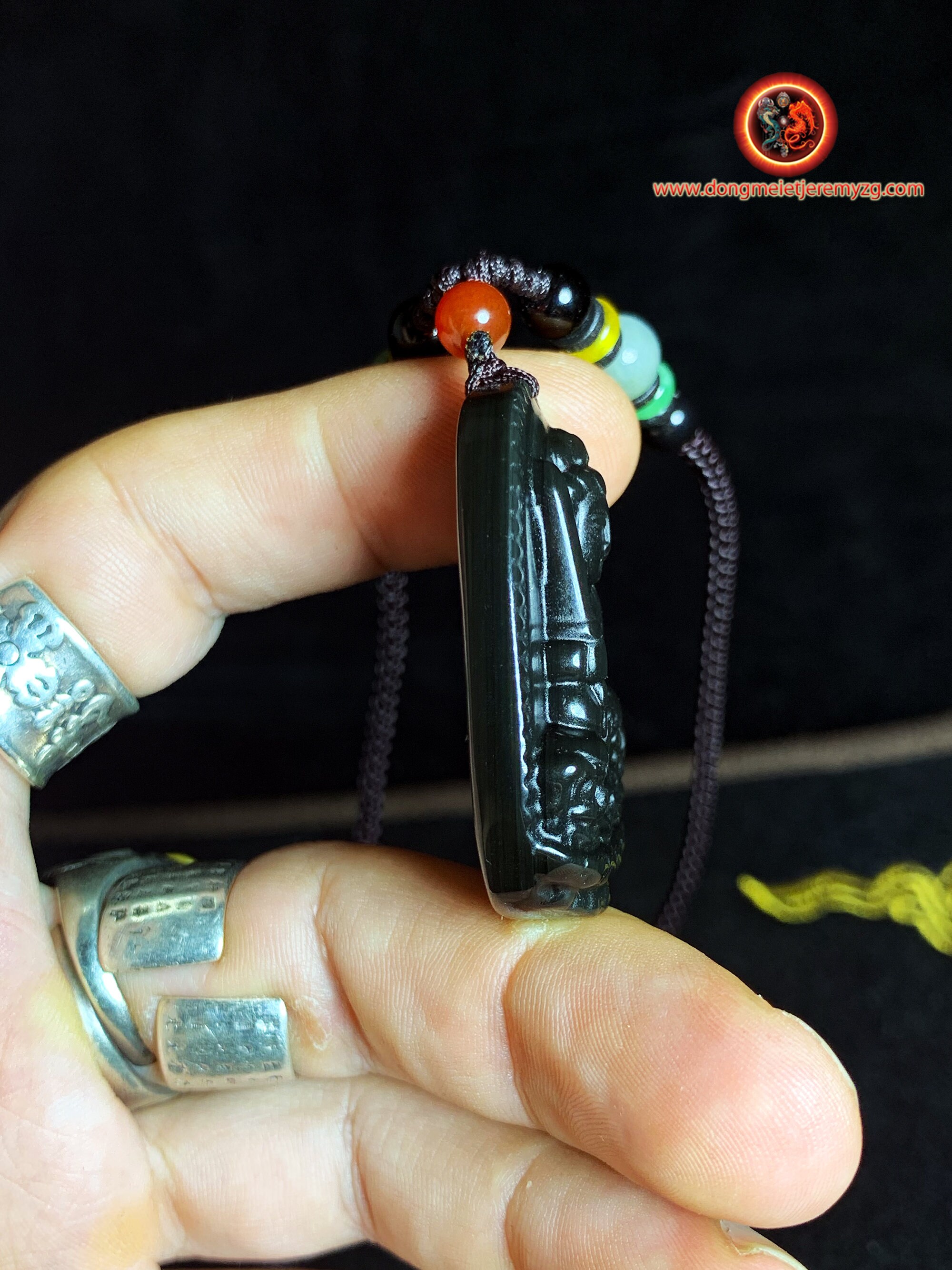 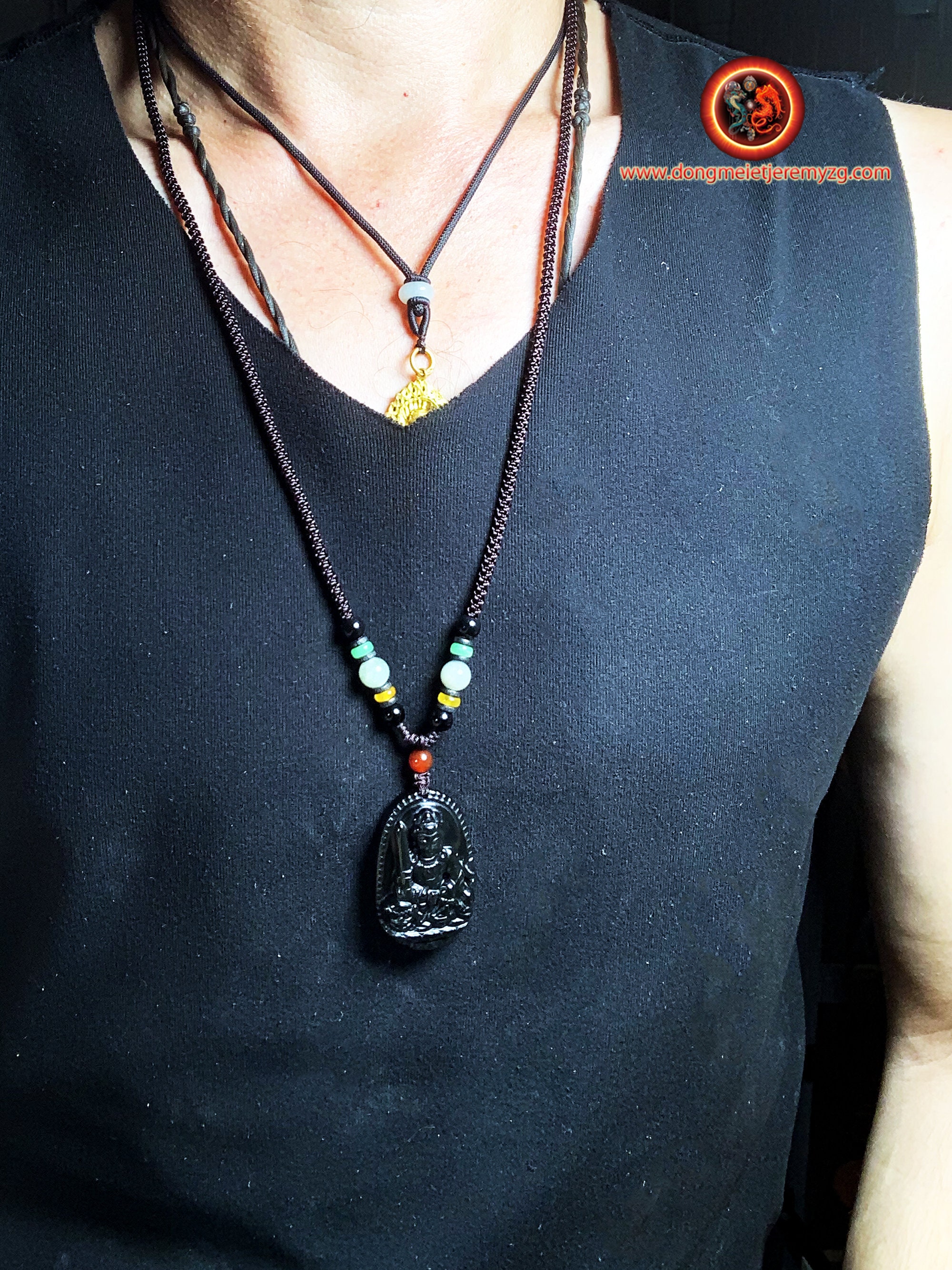 Pendant, by bodhisattva Manjsuhri
Buddhist amulet in obsidian celeste eye.
Obsidian natural celeste eye from Mexico of high quality
As a gemologist graduated from the National Institute of Gemmology of Paris, all our stones are appraised and certified.

Video of the room available via this link
https://youtu.be/CySvUetUHNQ

Our entire shop can be consulted via this link
https://www.etsy.com/fr/shop/DongmeietJeremyZG?ref=seller-platform-mcnav