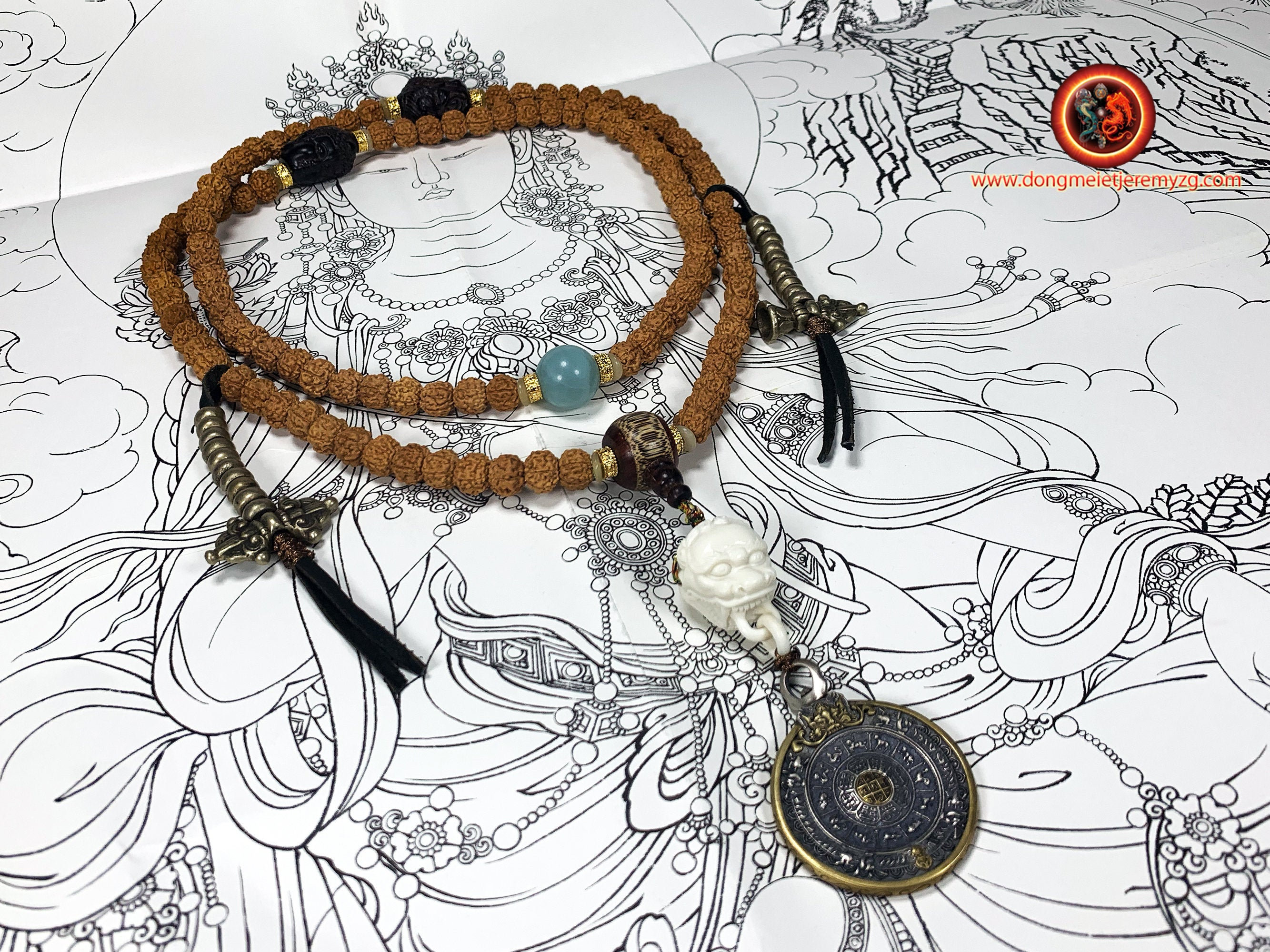 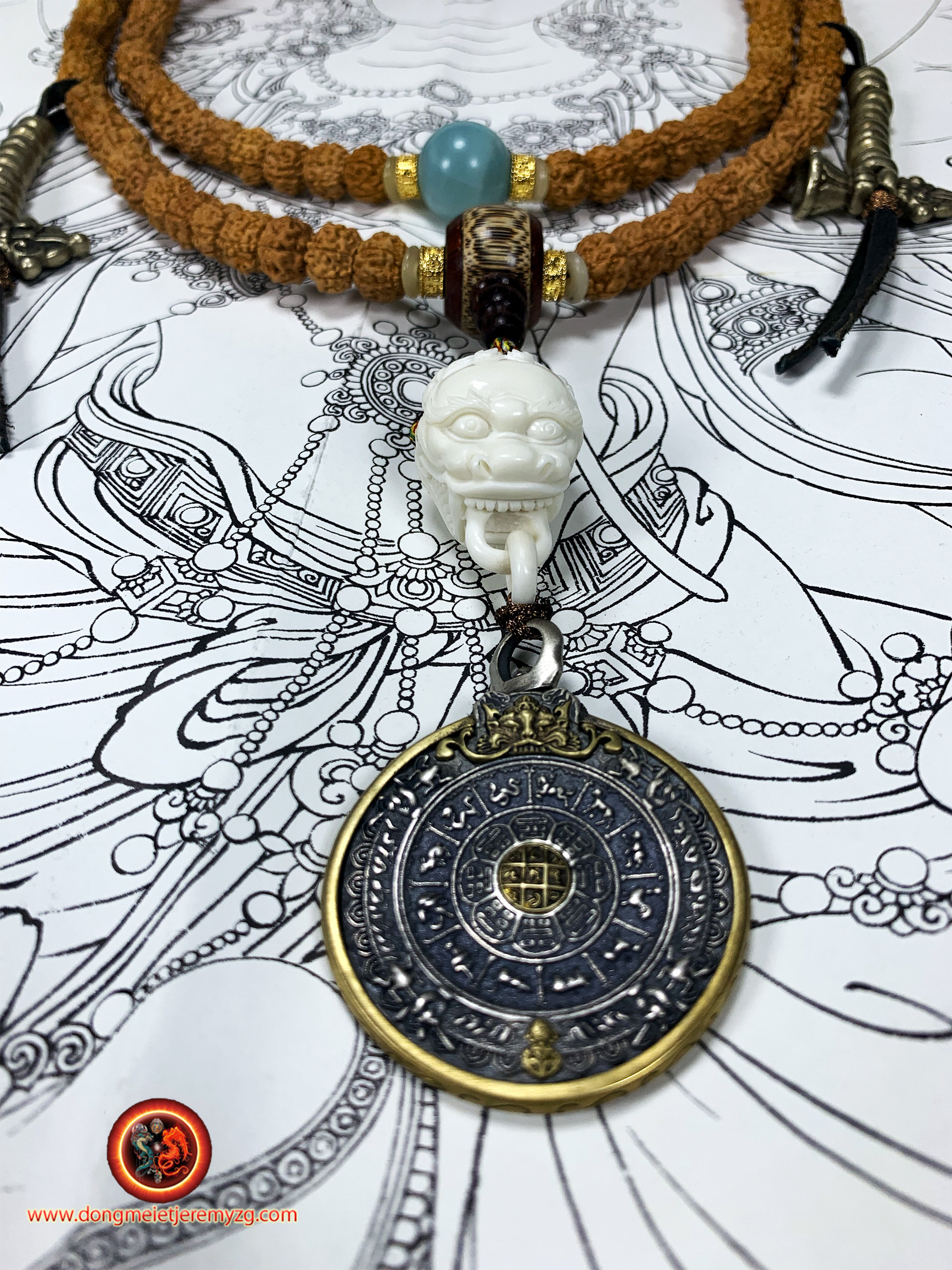 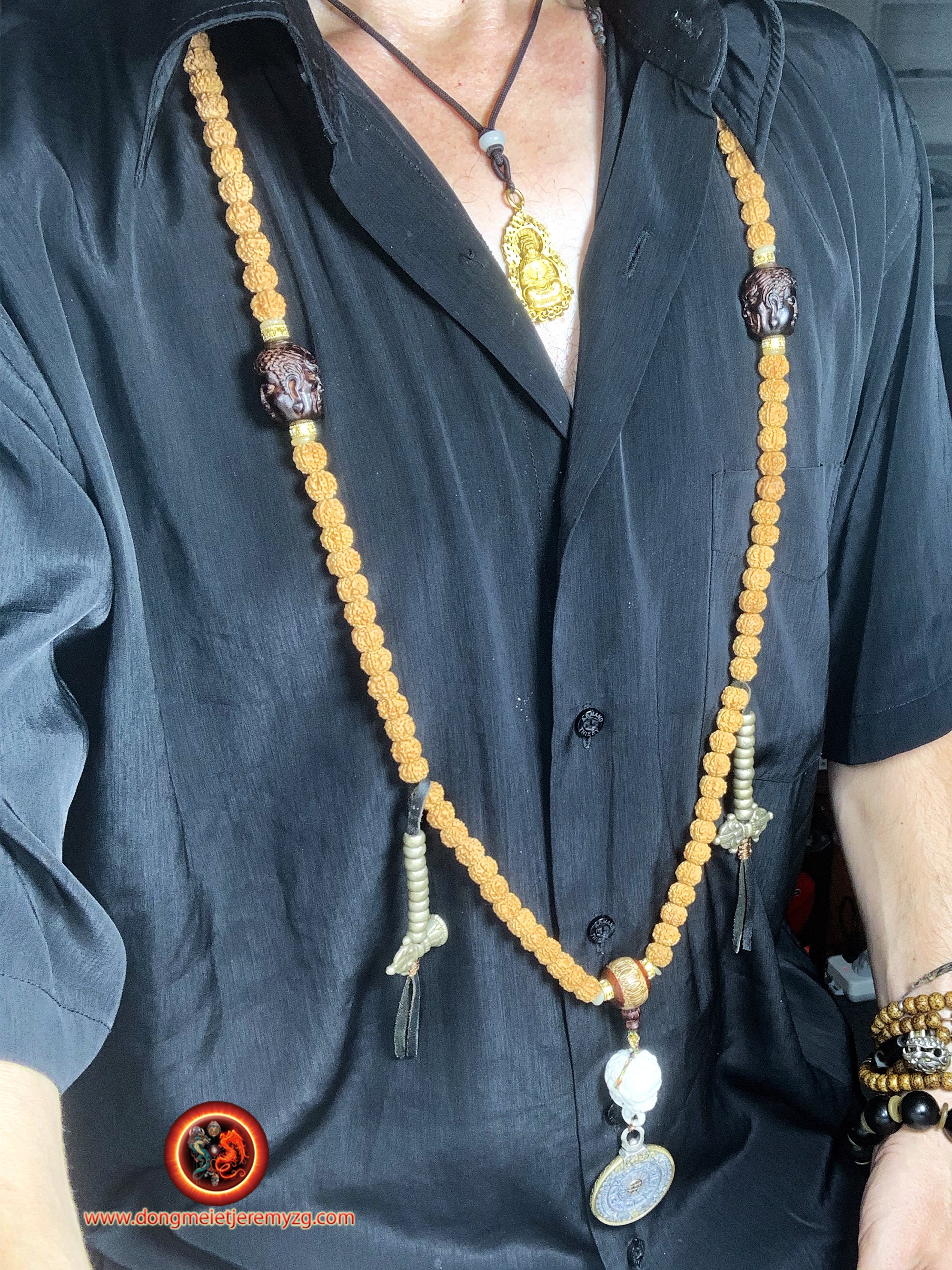 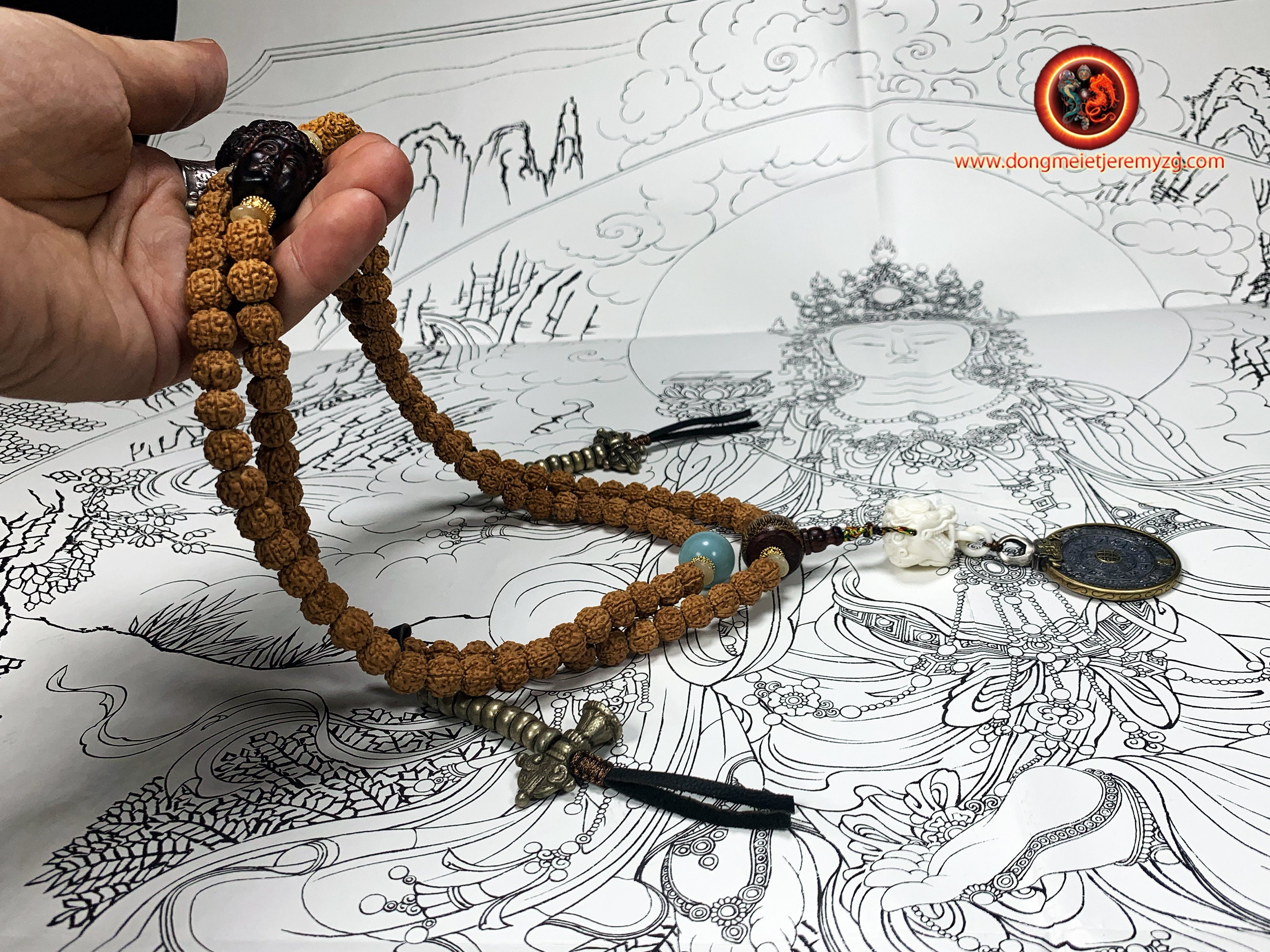 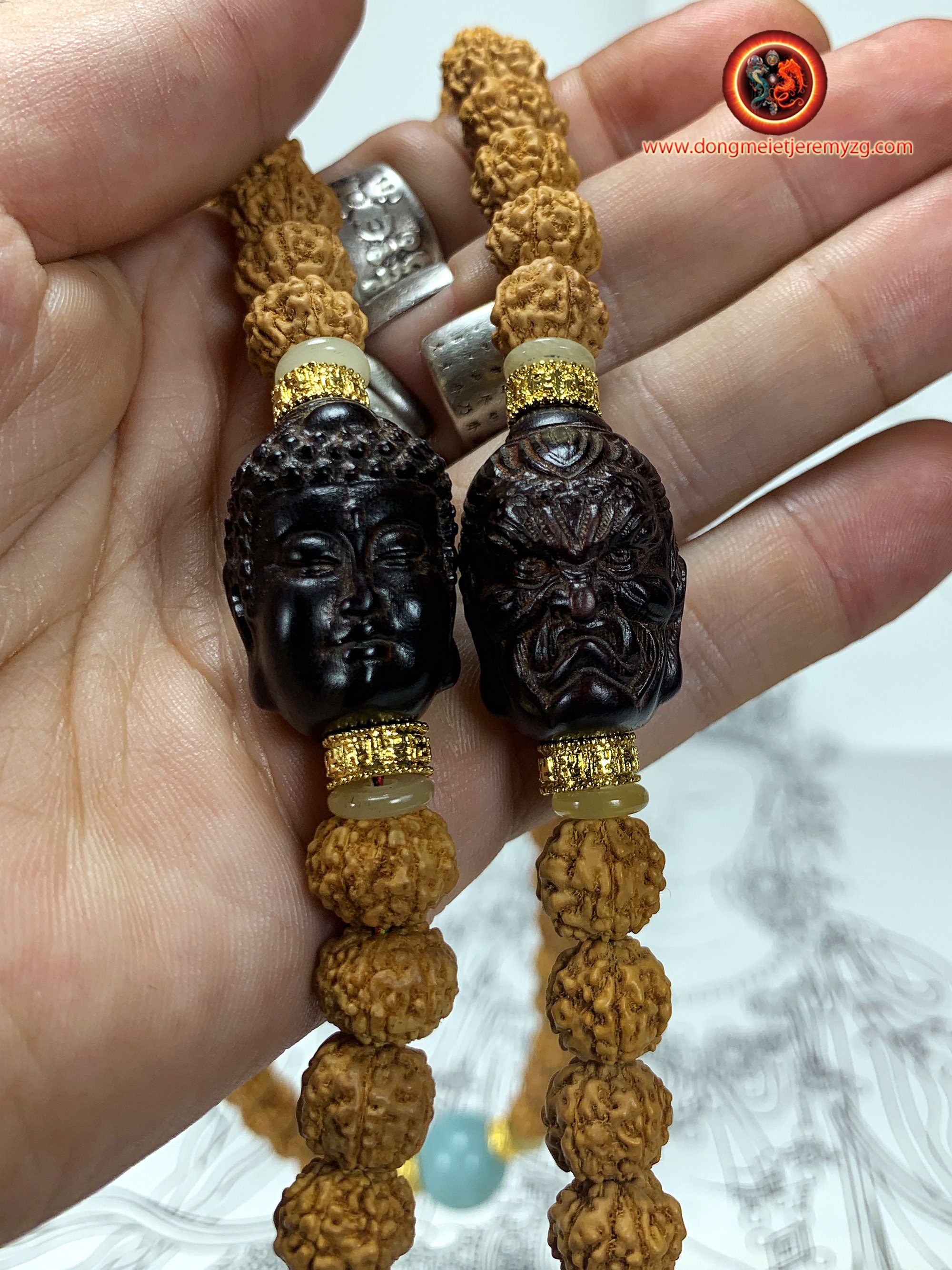 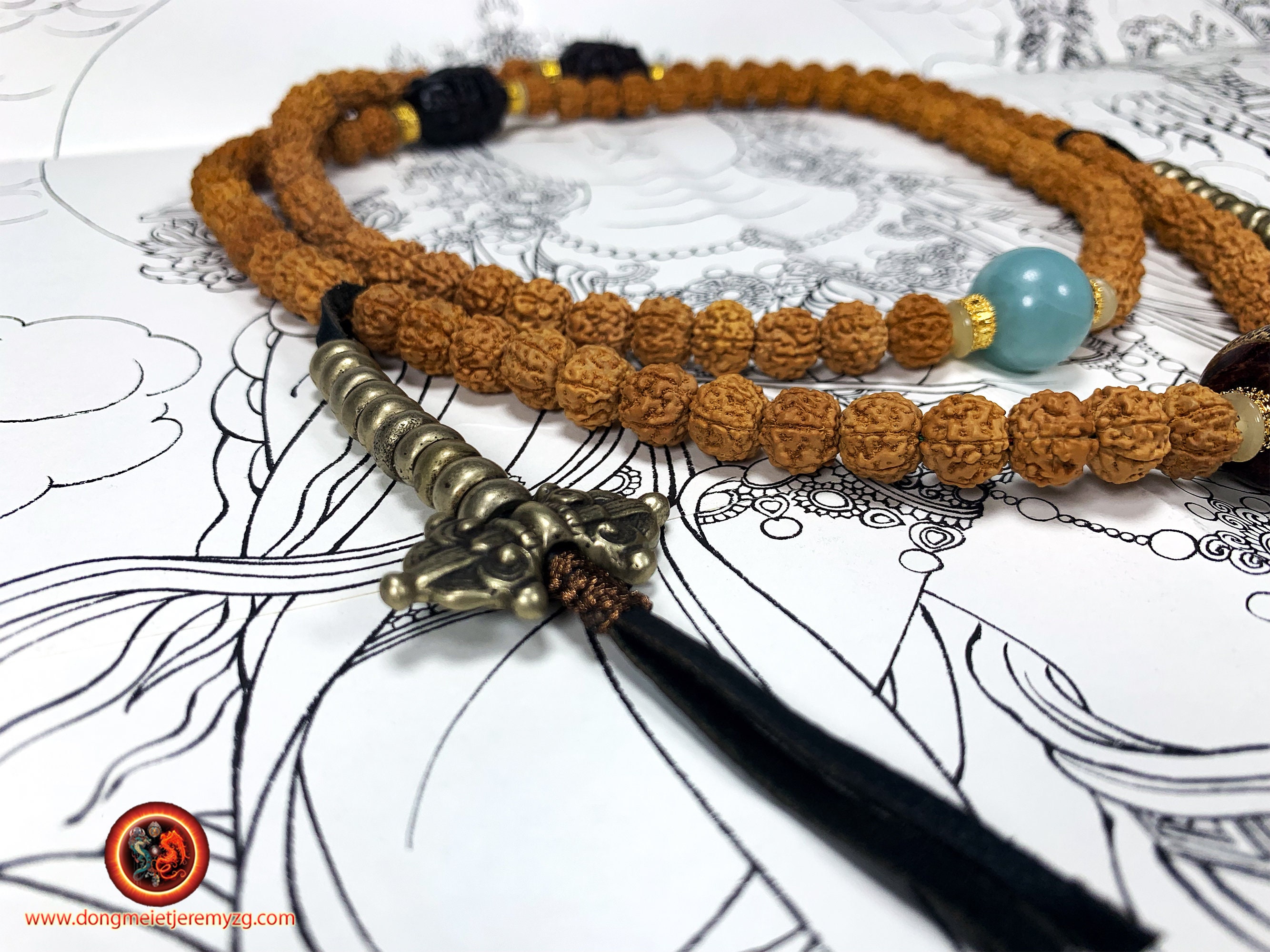 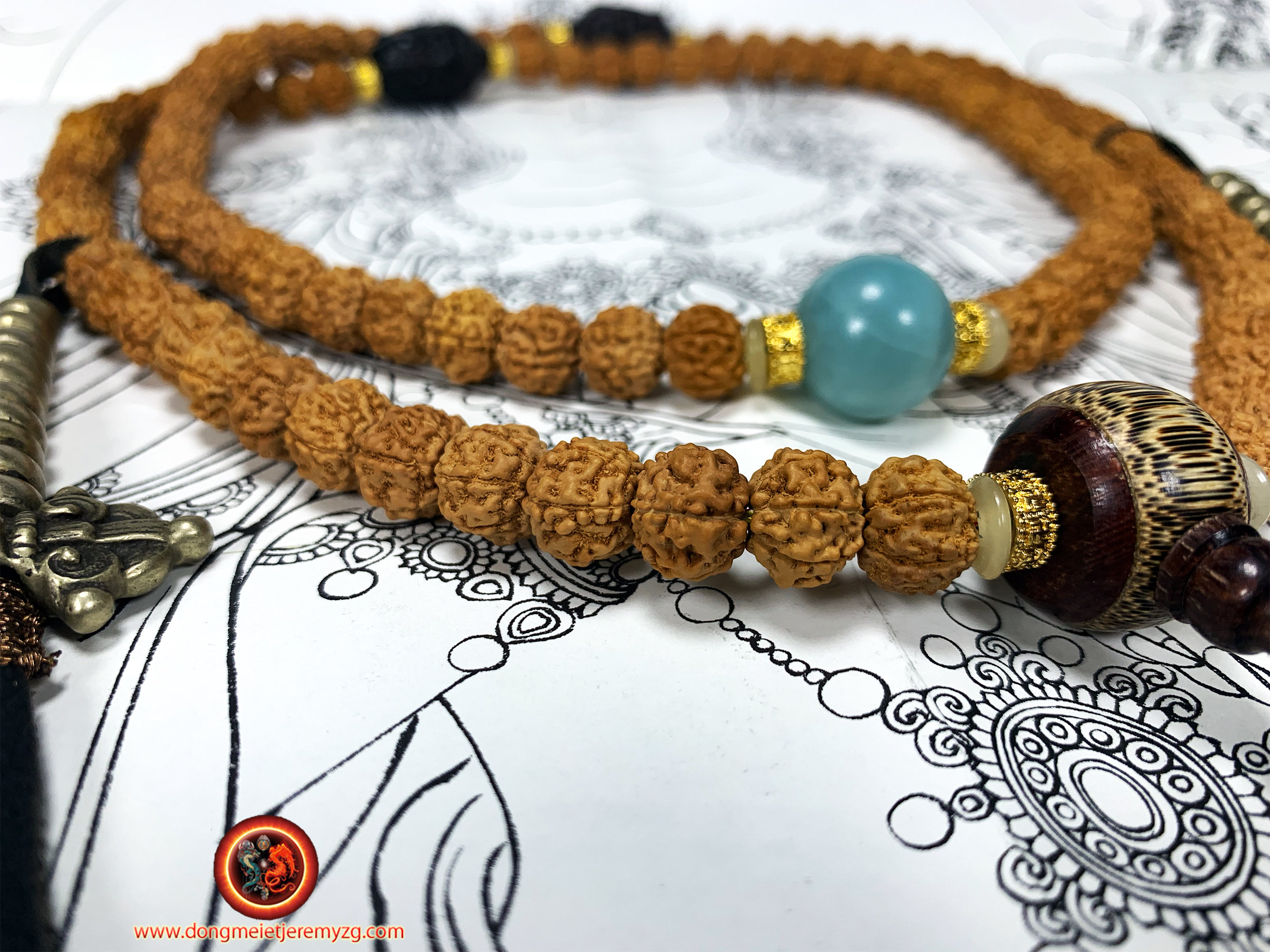 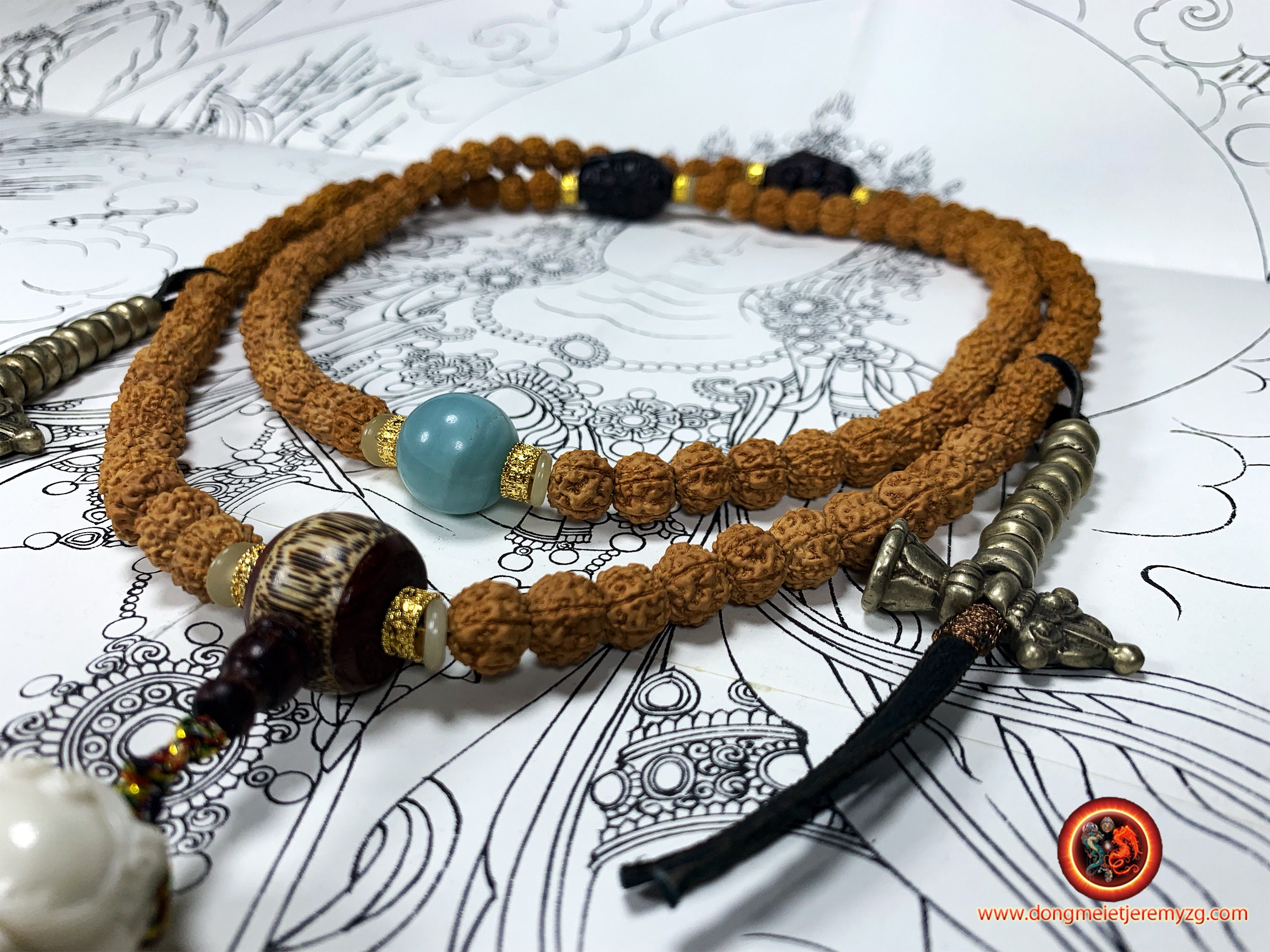 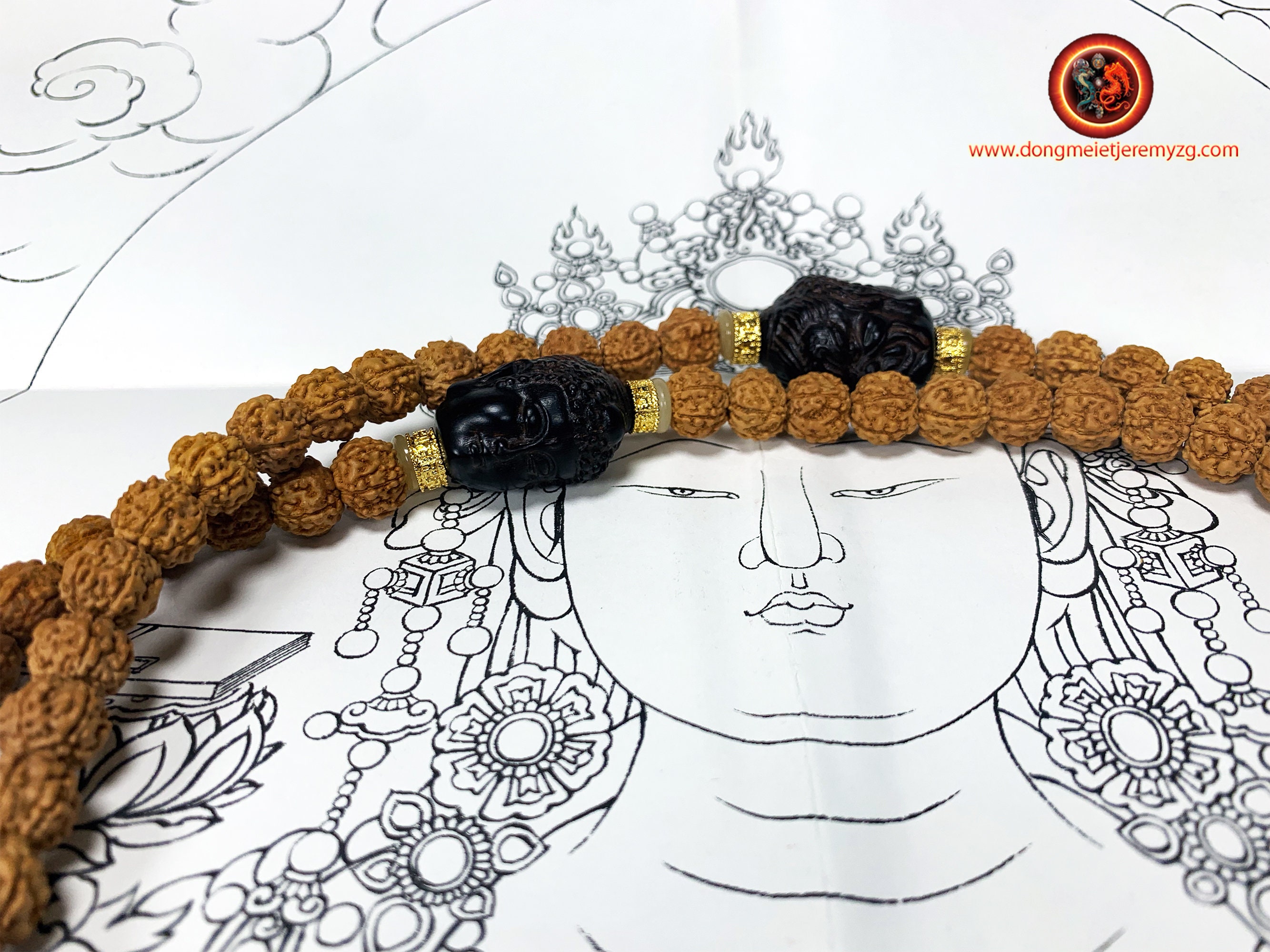 Mala, Buddhist rosary in rudrashka 108 seeds from Indonesia;
Dimensions 10mm by 9mm
Extra quality.
Rudrashka 5-sided.
The rudraksha (Rudra-Aksha, " rudra's eye " in Sanskrit, Rudra being one of shiva's names) is the seed of Elaeocarpus angustifolius, a tree that inhabits India.
By extension some Hindu rosaries (mâlâ) made of these seeds bear this name. Shiva is traditionally depicted wearing such rosaries around the neck. Sadhus and Shivaite yogis in India usually wear one.
The value of the grain varies according to the number of faces (mukhi).
those with five faces are the form of Pancha Brahma (the fivefold Brahma) and protects the one who carries him from any risk of murder.
The seeds of a rudraksha are therefore reputed to contain a special power and have a positive influence on spirituality and health. In particular, they would promote meditation.

Traditionally worn on the belt or on a mala by Tibetans as protection
Authentic object.