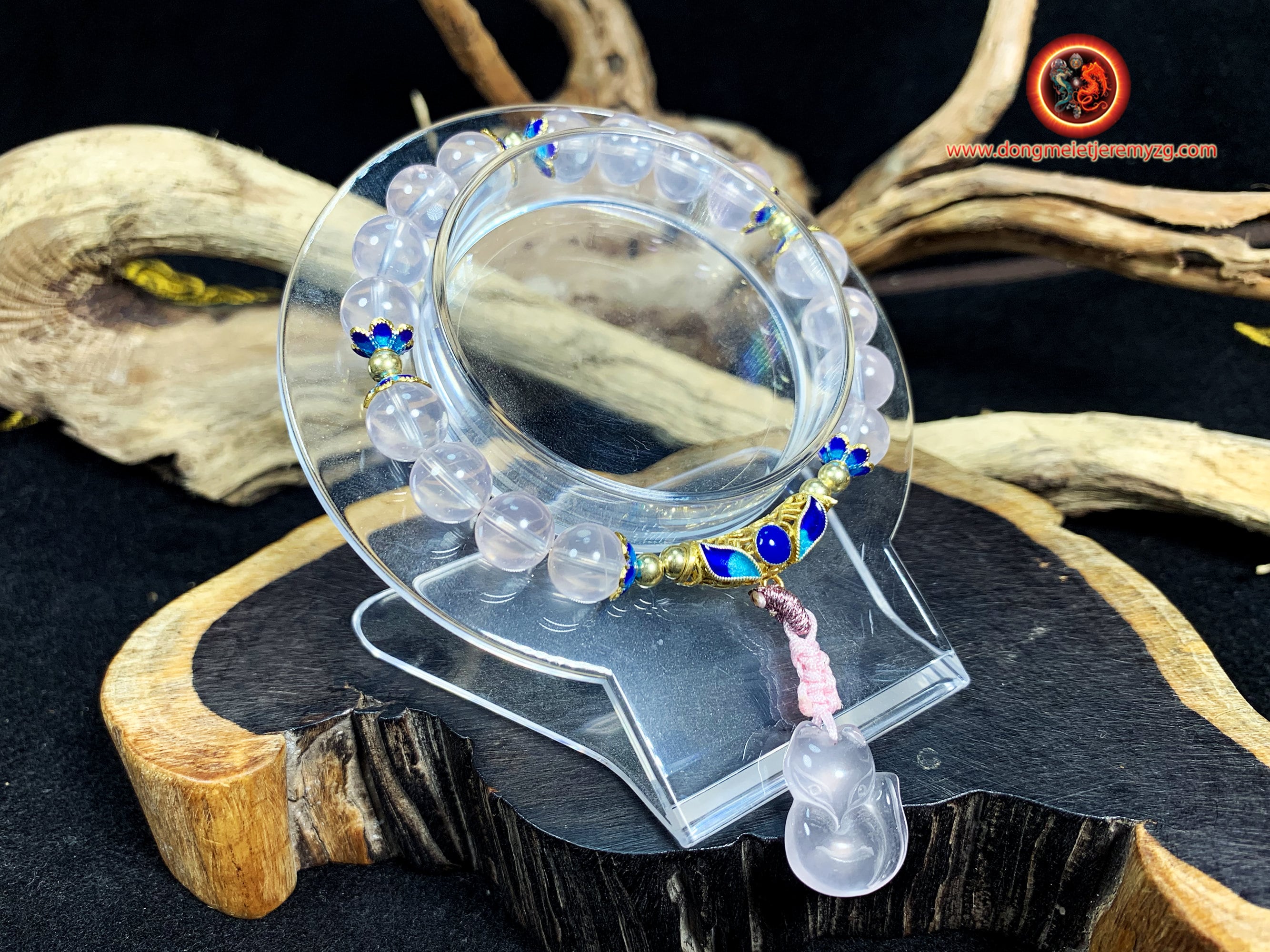 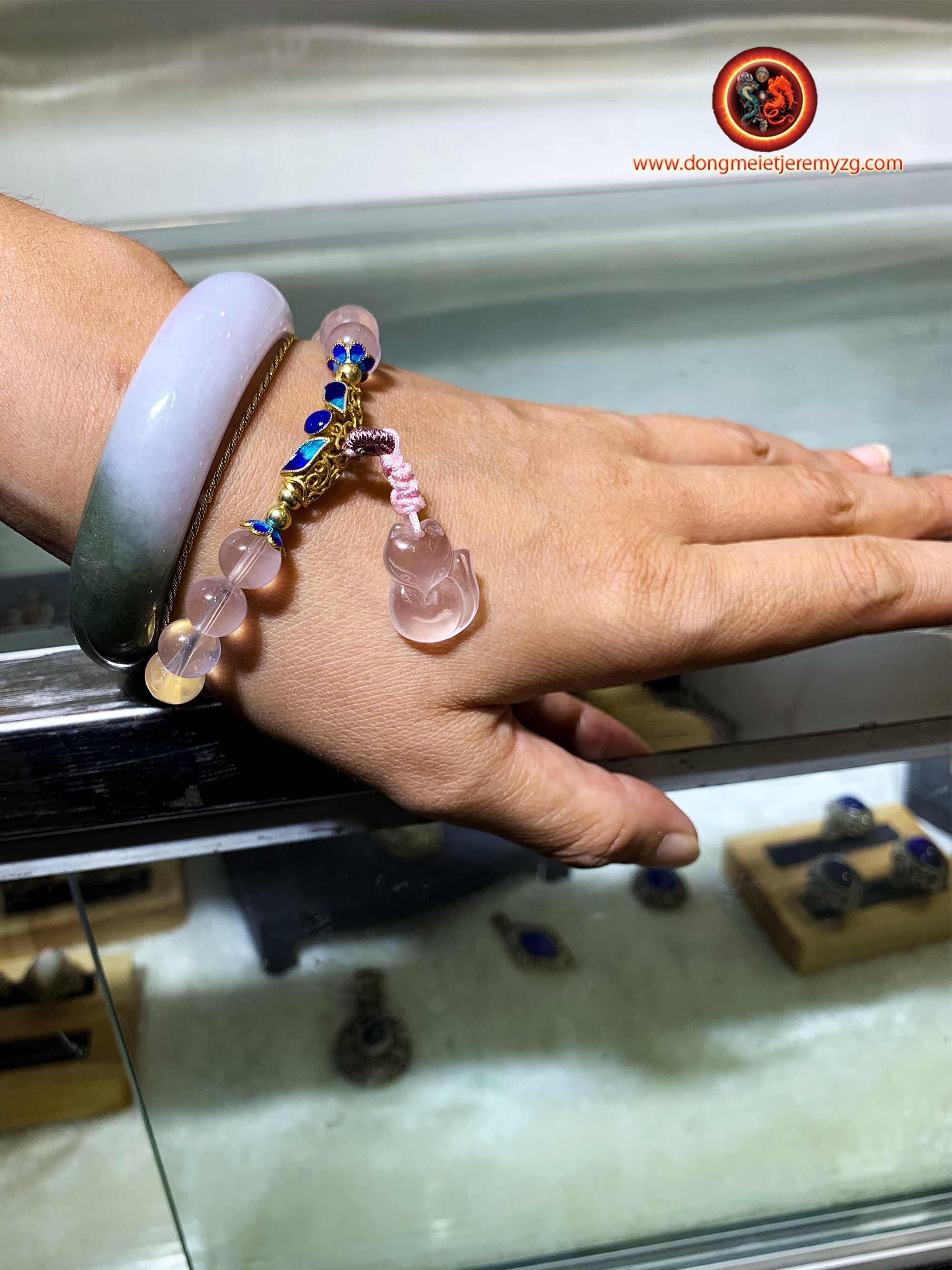 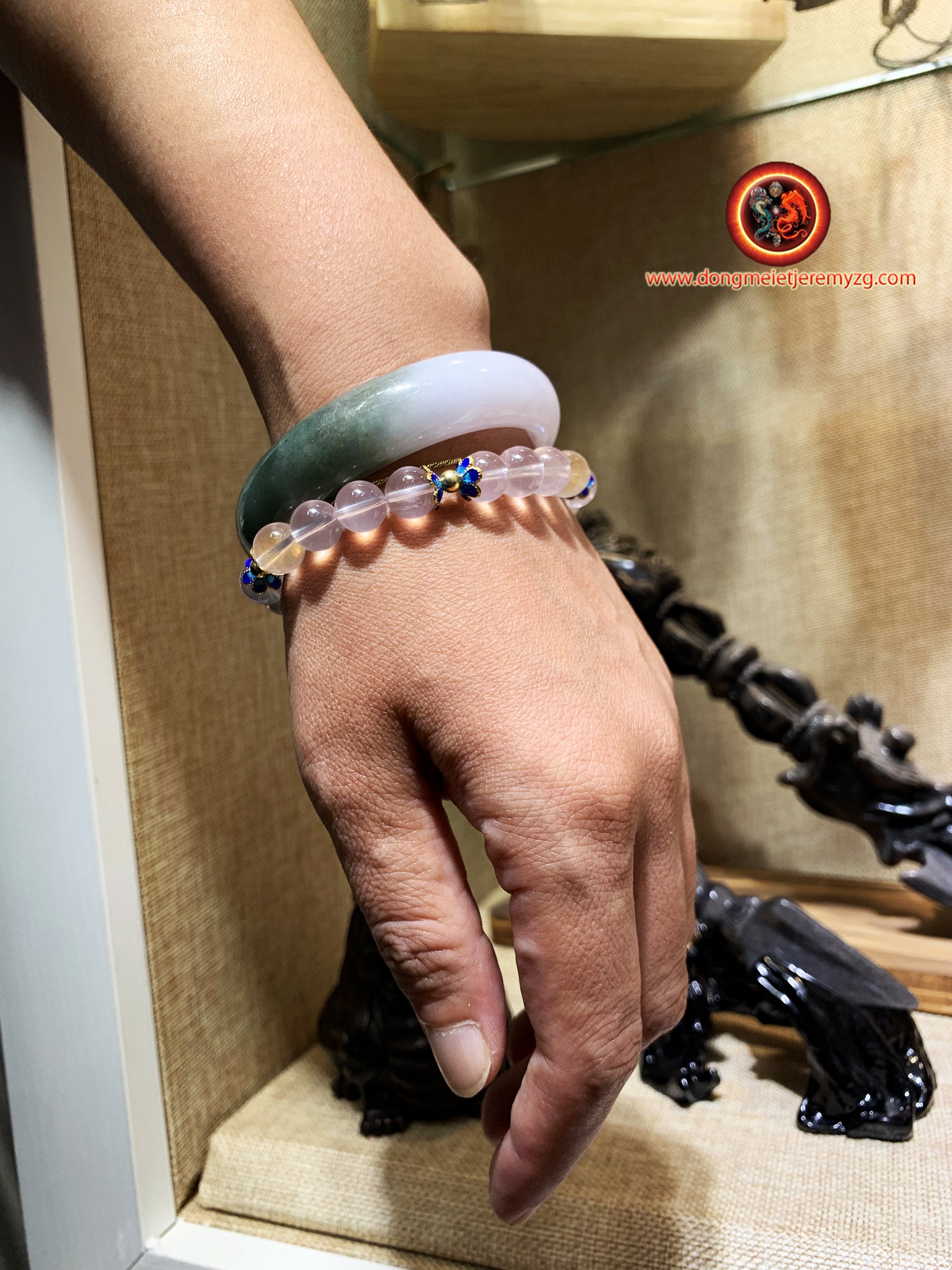 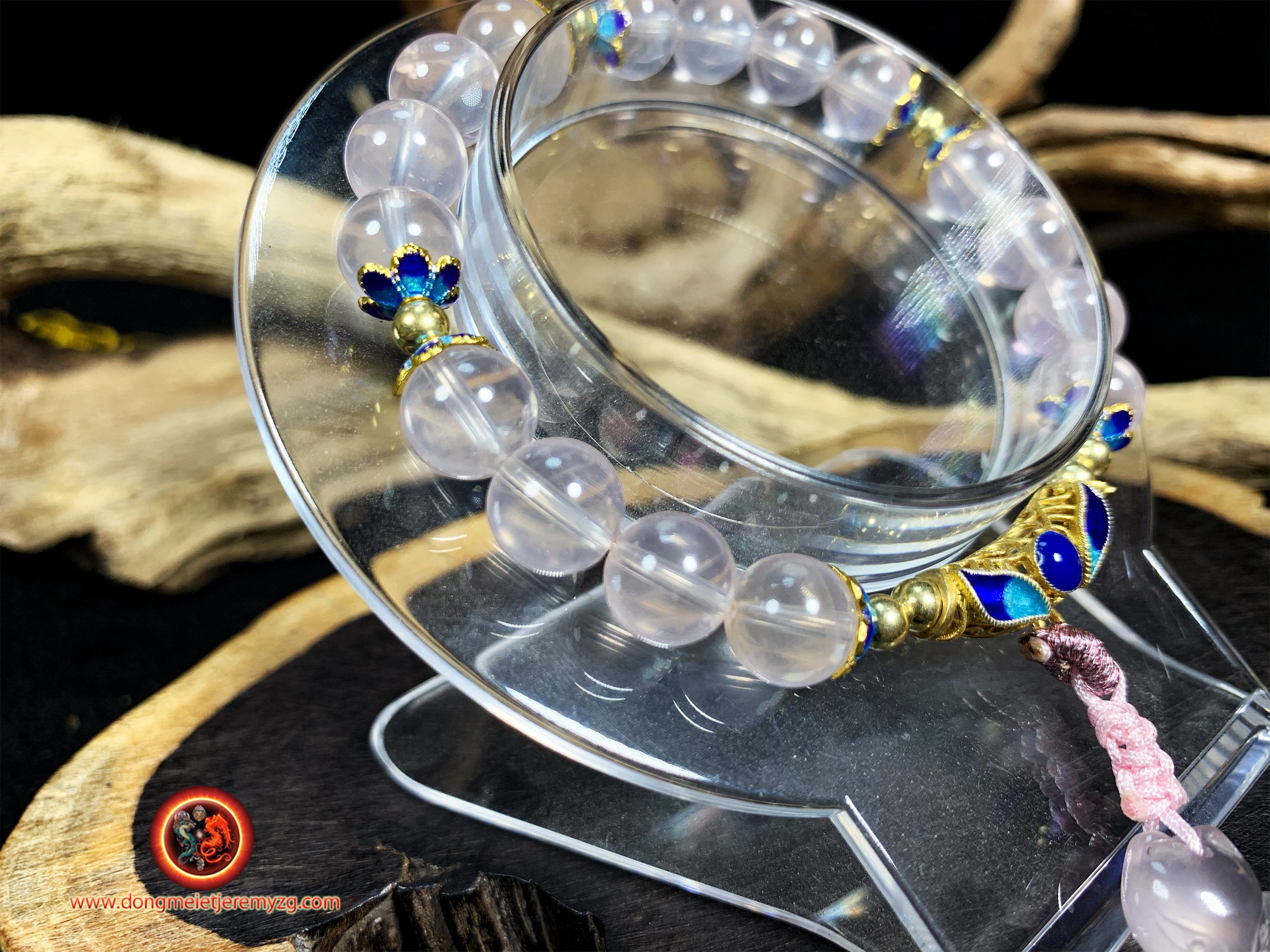 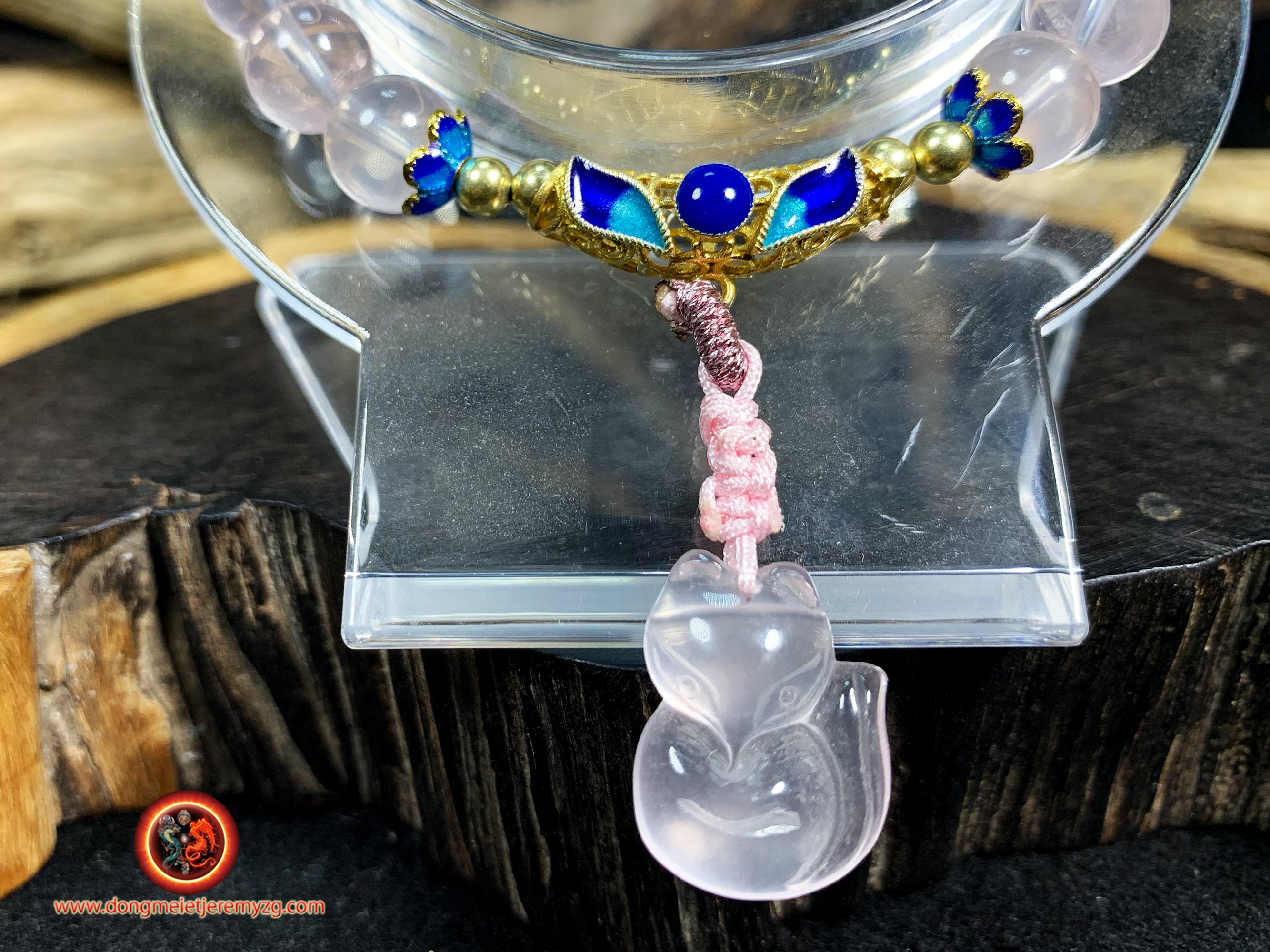 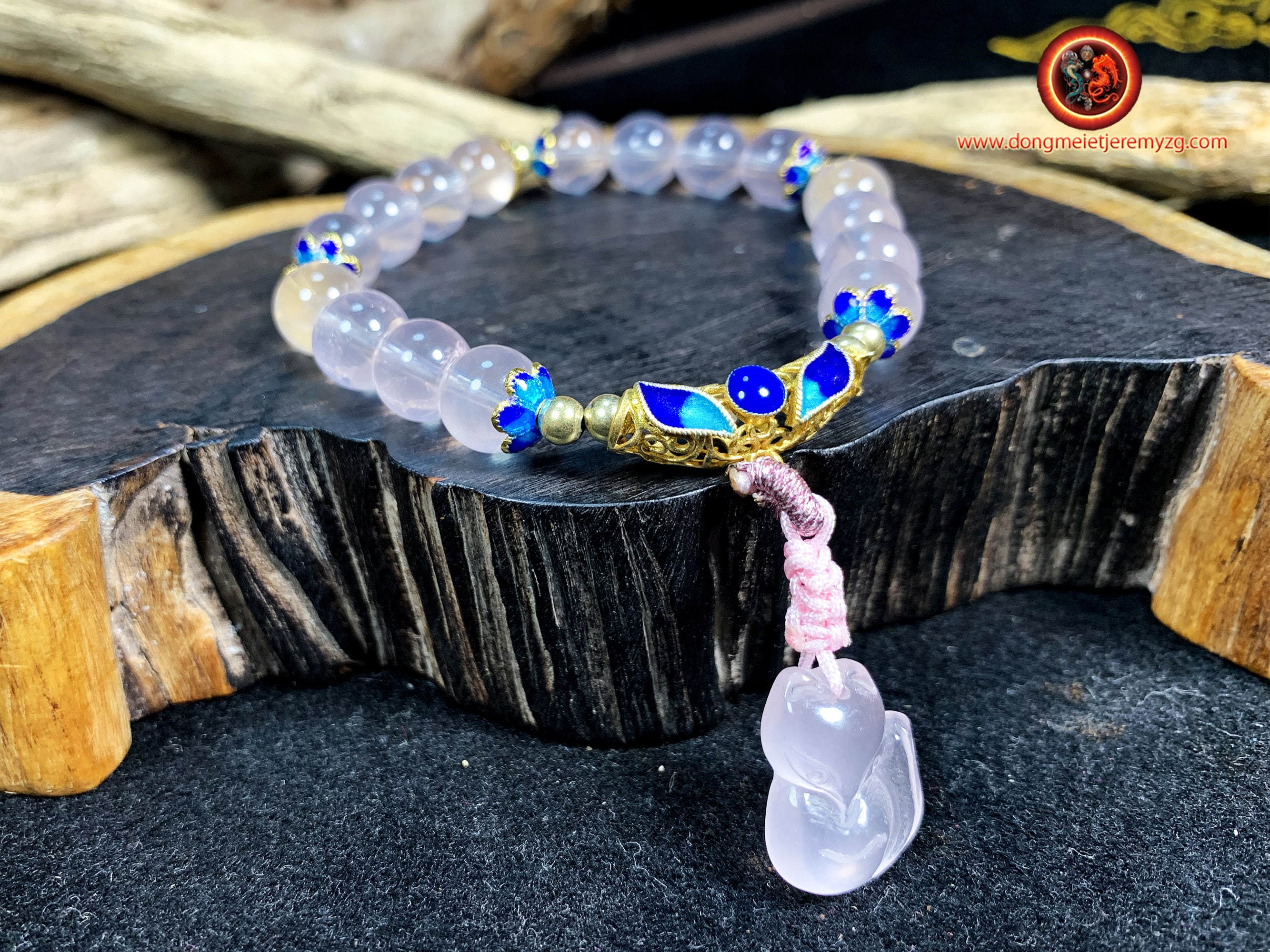 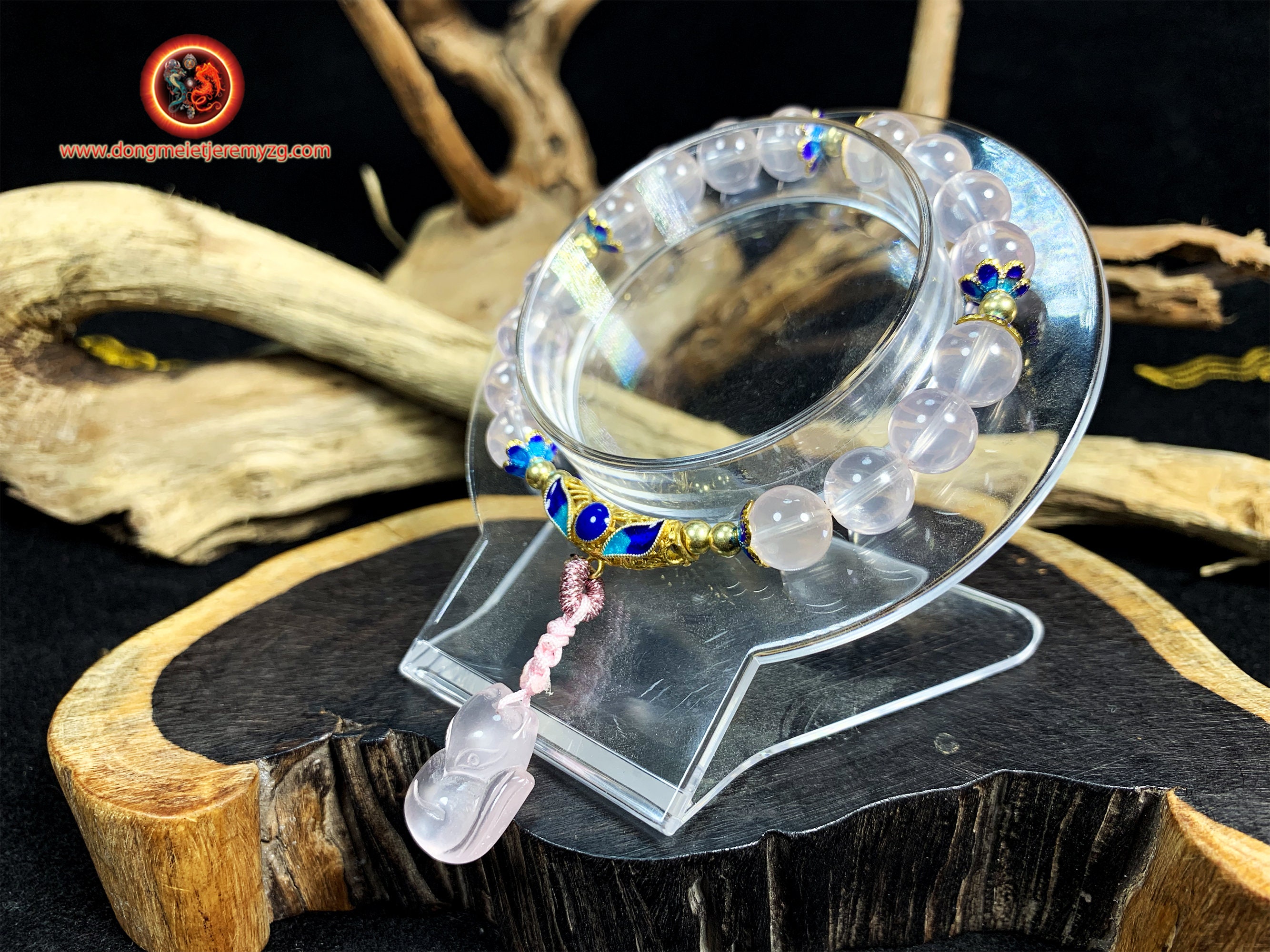 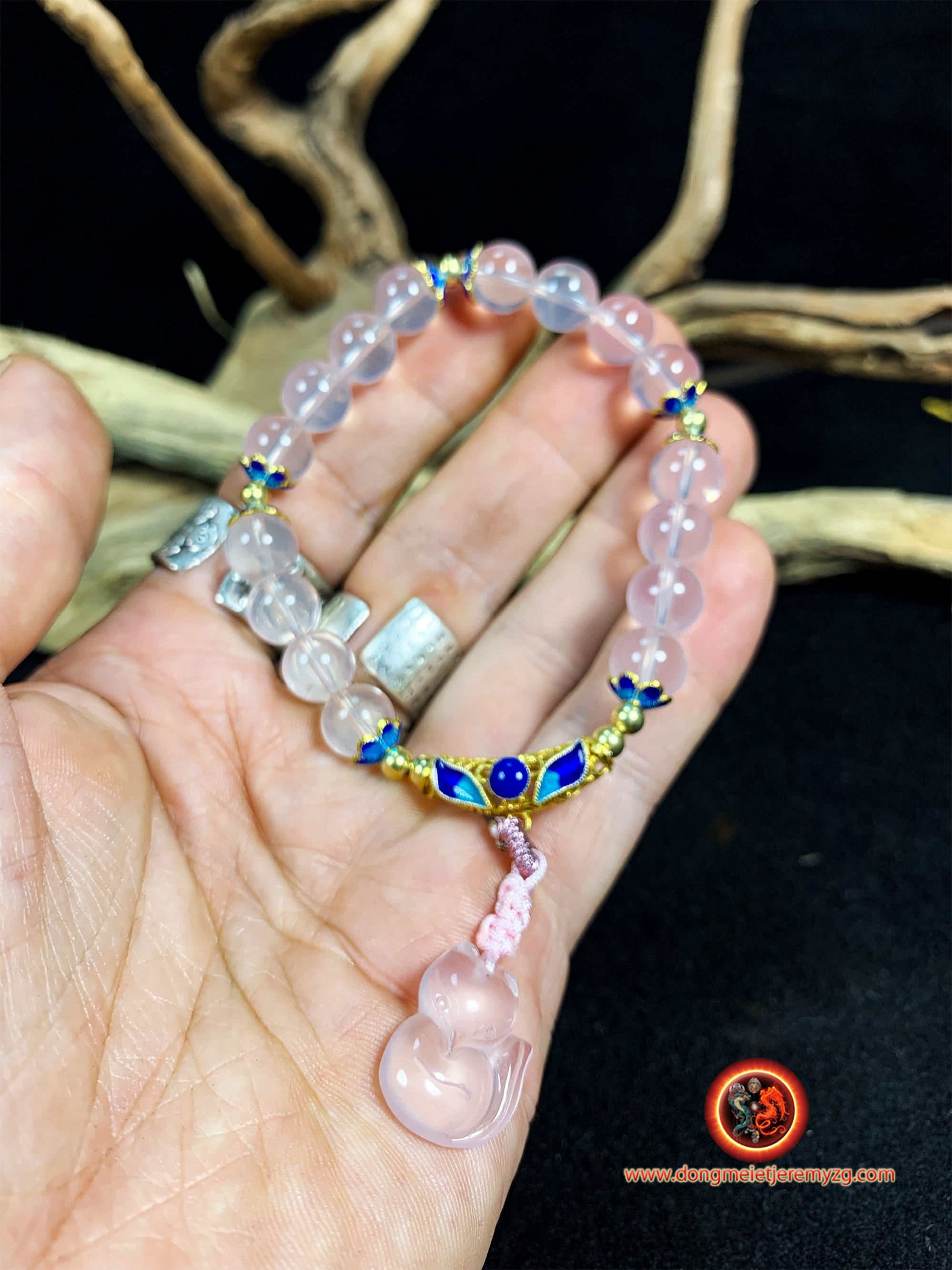 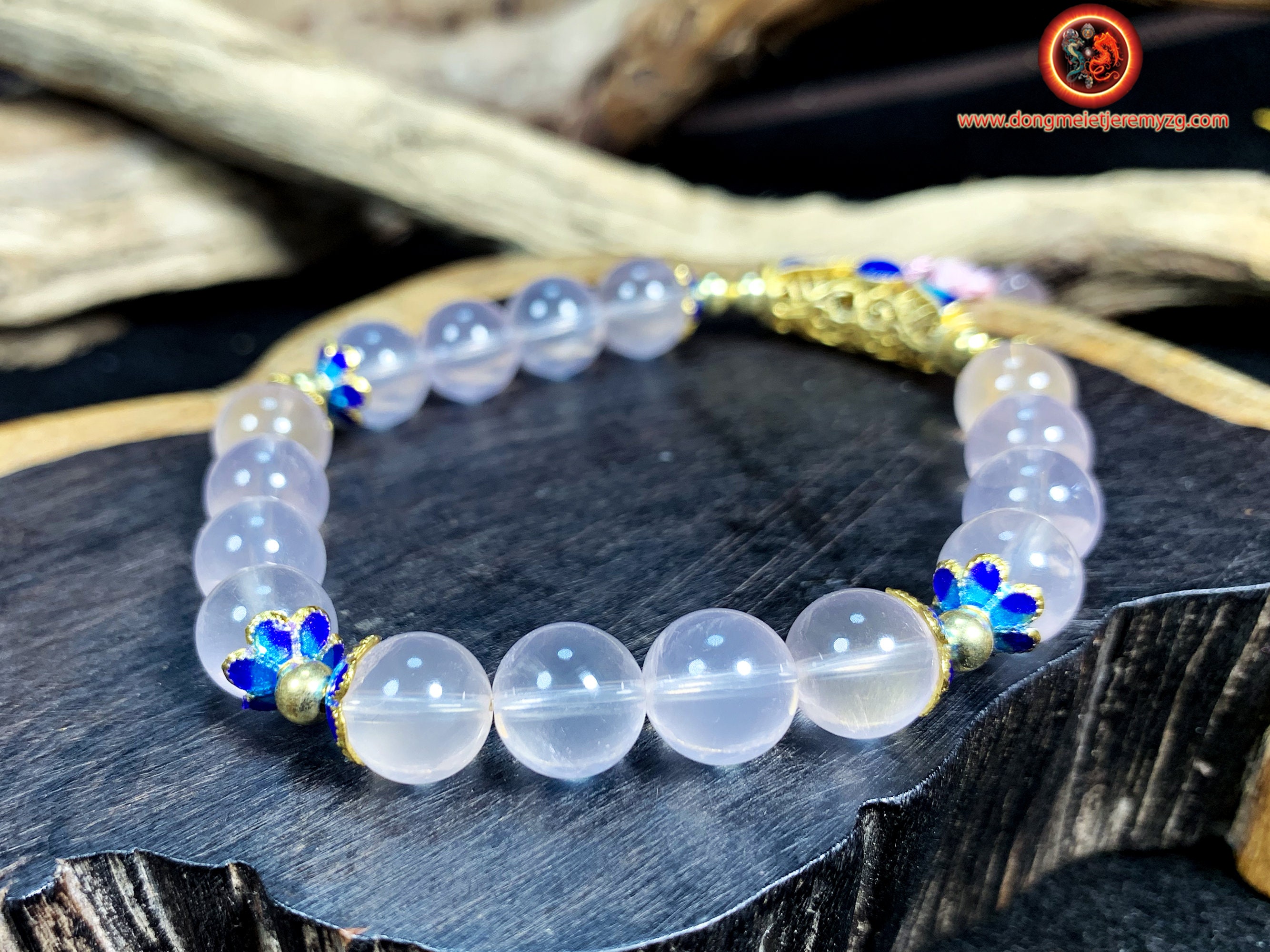 Top quality rose quartz bracelet from Namibia. This rose quartz is asterized by transparency, a light located behind the bracelet reveals the star on all pearls due to the inclusions of rutile (titanium oxide) in the stones.

No treatment is done on our stones
As a gemologist who graduated from the National Institute of Gemmology in Paris, all our stones are expert and certified.

Dimensions of each pearl of 8mm in diameter

To discover our collection of bracelets, please click on this link
https://www.etsy.com/fr/shop/DongmeietJeremyZG?ref=seller-platform-mcnav&section_id=22230004

It is widely accepted that the trail of many Japanese myths about foxes can be traced back to China, Korea or India. Chinese folk tales speak of fox spirits named huli jing, which can have up to nine tails, Kyūbi no kitsune in Japanese, or Hồ Li Tinh in Vietnamese. The oldest stories that have come down to us are compiled in the Konjaku Monogatari, a collection of Chinese, Indian and Japanese texts dating back to the eleventh century1.

There is debate about the origins of kitsune myths, whether they originated entirely from foreign sources or whether they come from an indigenous Japanese concept dating back to the fifth century BC. The Japanese folklorist Kiyoshi Nozaki argues that the Japanese viewed kitsune positively as early as the fourth century AD. J.-C.; the only elements imported from China or Korea were the negative attributes of kitsune. He claimed that, according to a sixteenth-century collection called the Nihon Ryakki, foxes and humans lived side by side in ancient Japan, and he argues that indigenous legends about creatures later emerged. Scholar Karen Smyers notes that the idea of a seductive fox and the connection between fox myths and Buddhism were introduced into Japanese folklore through similar Chinese stories, but she maintains that some fox stories contain elements unique to Japan.