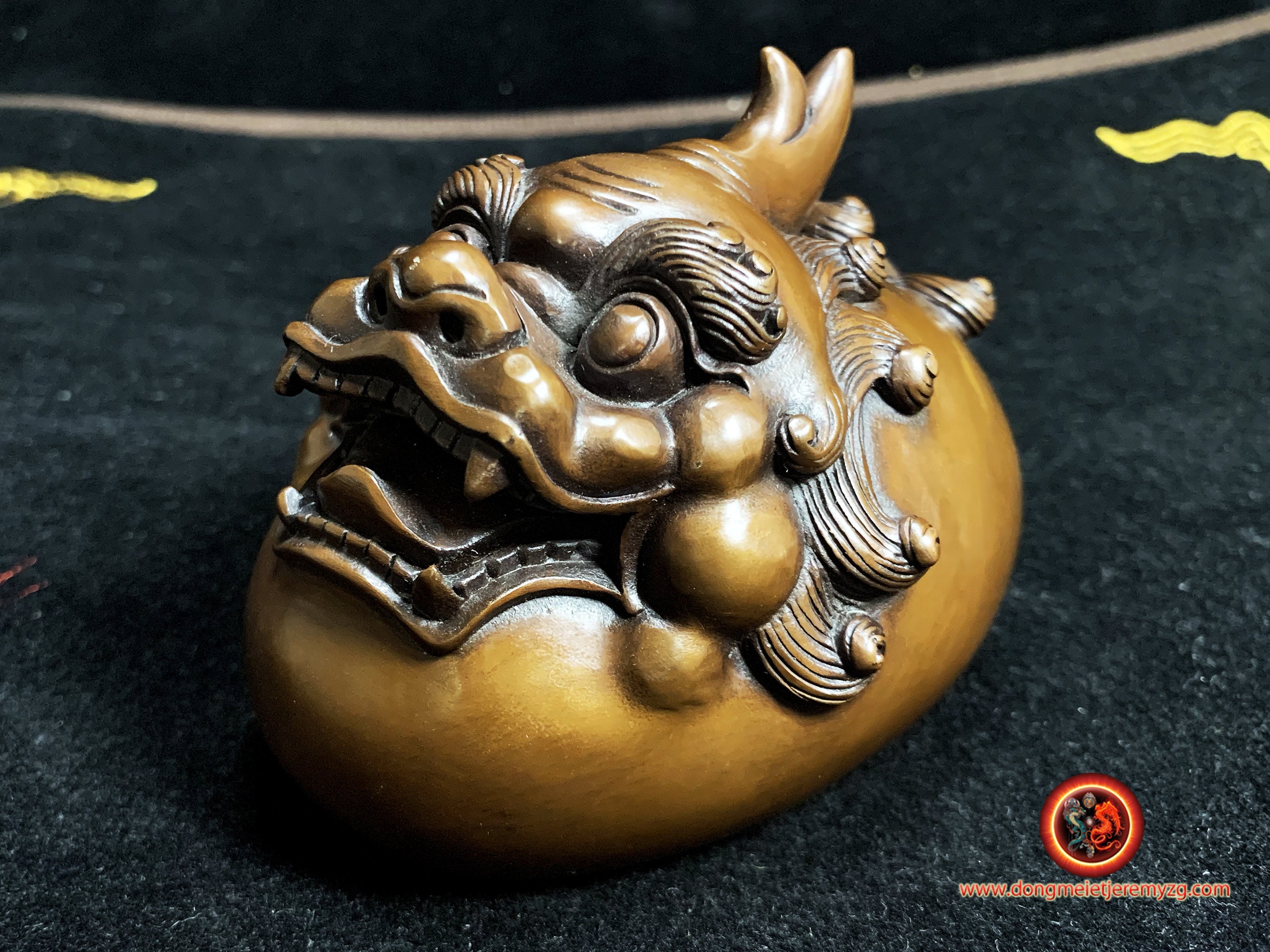 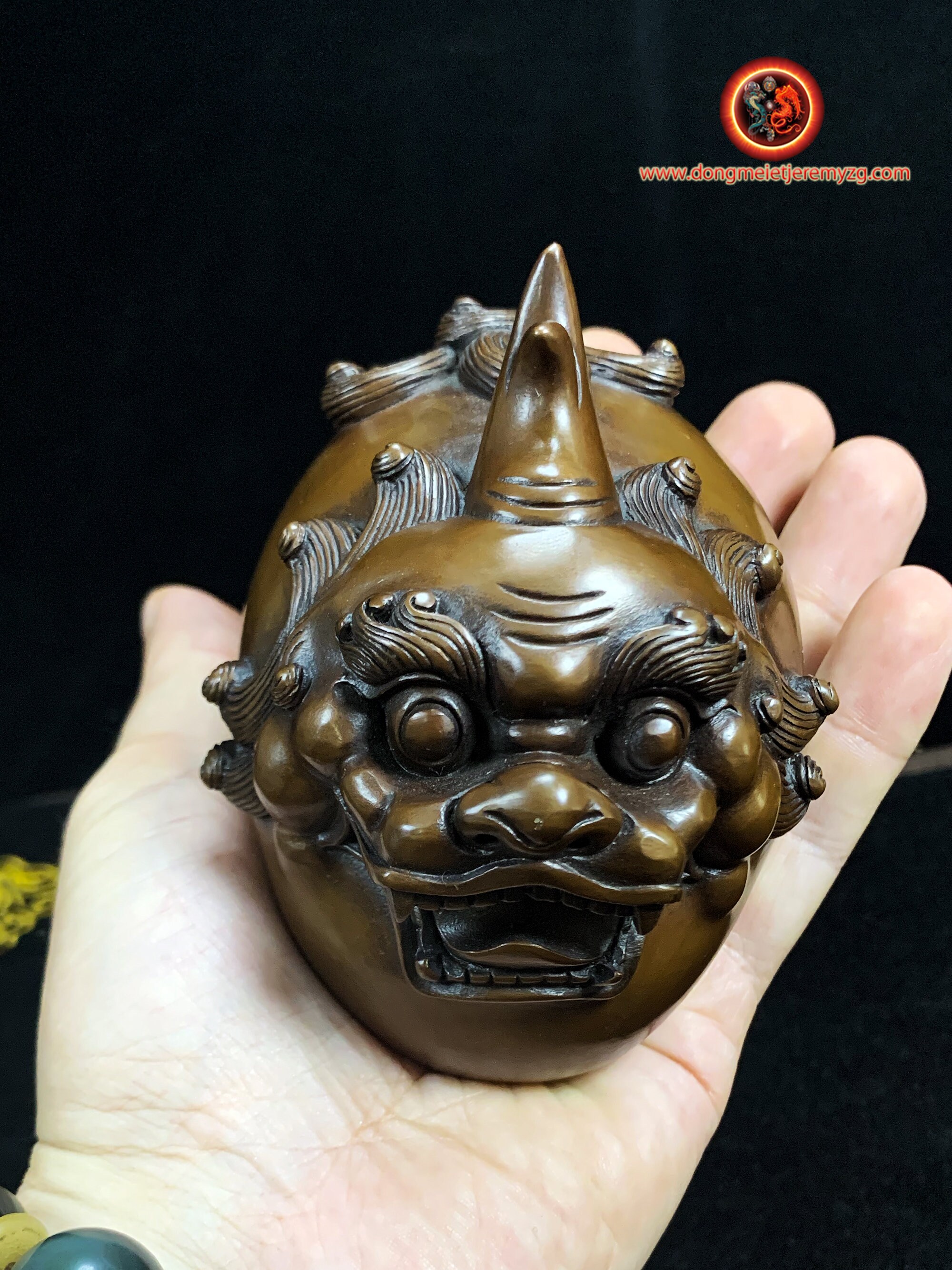 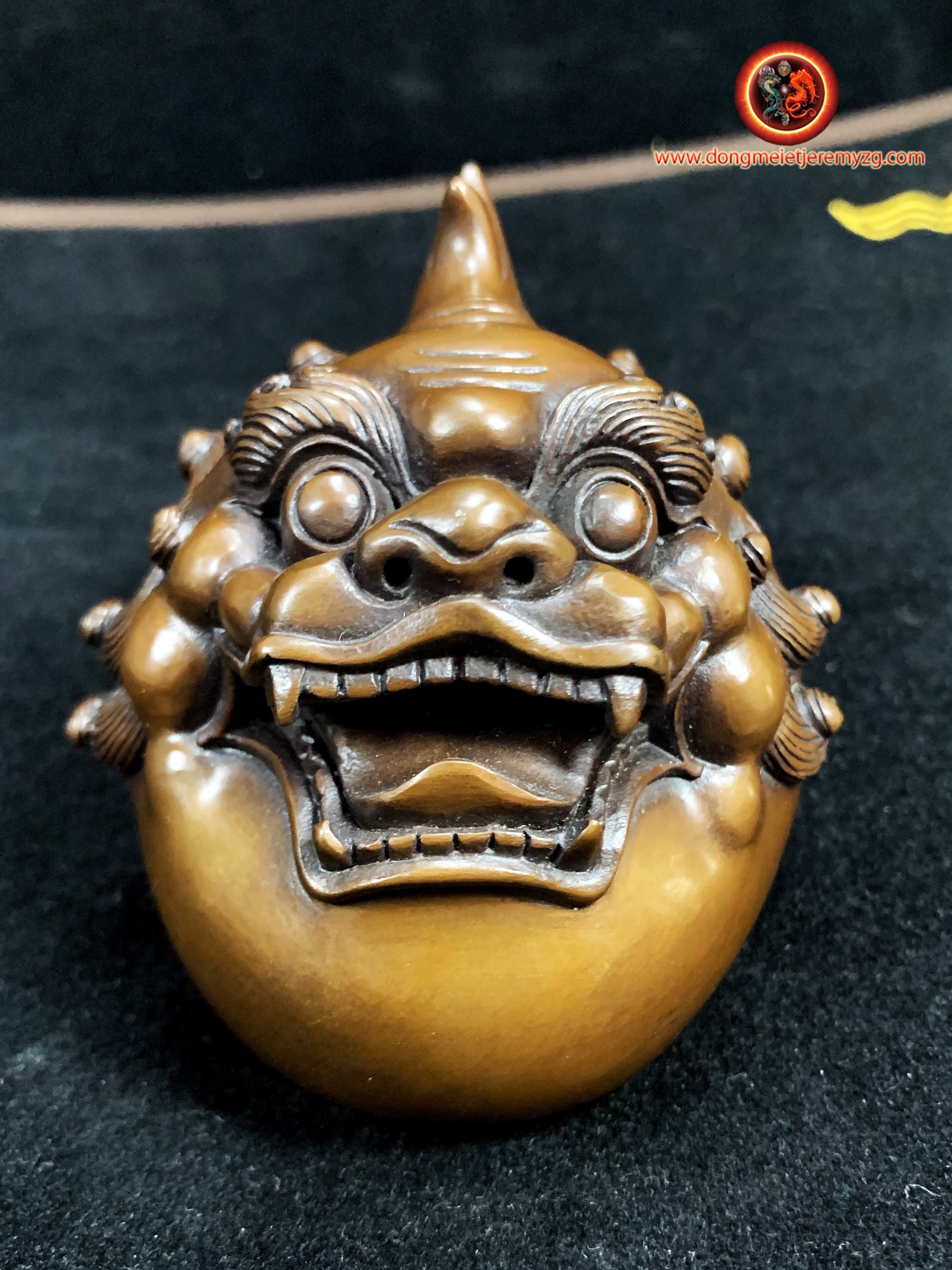 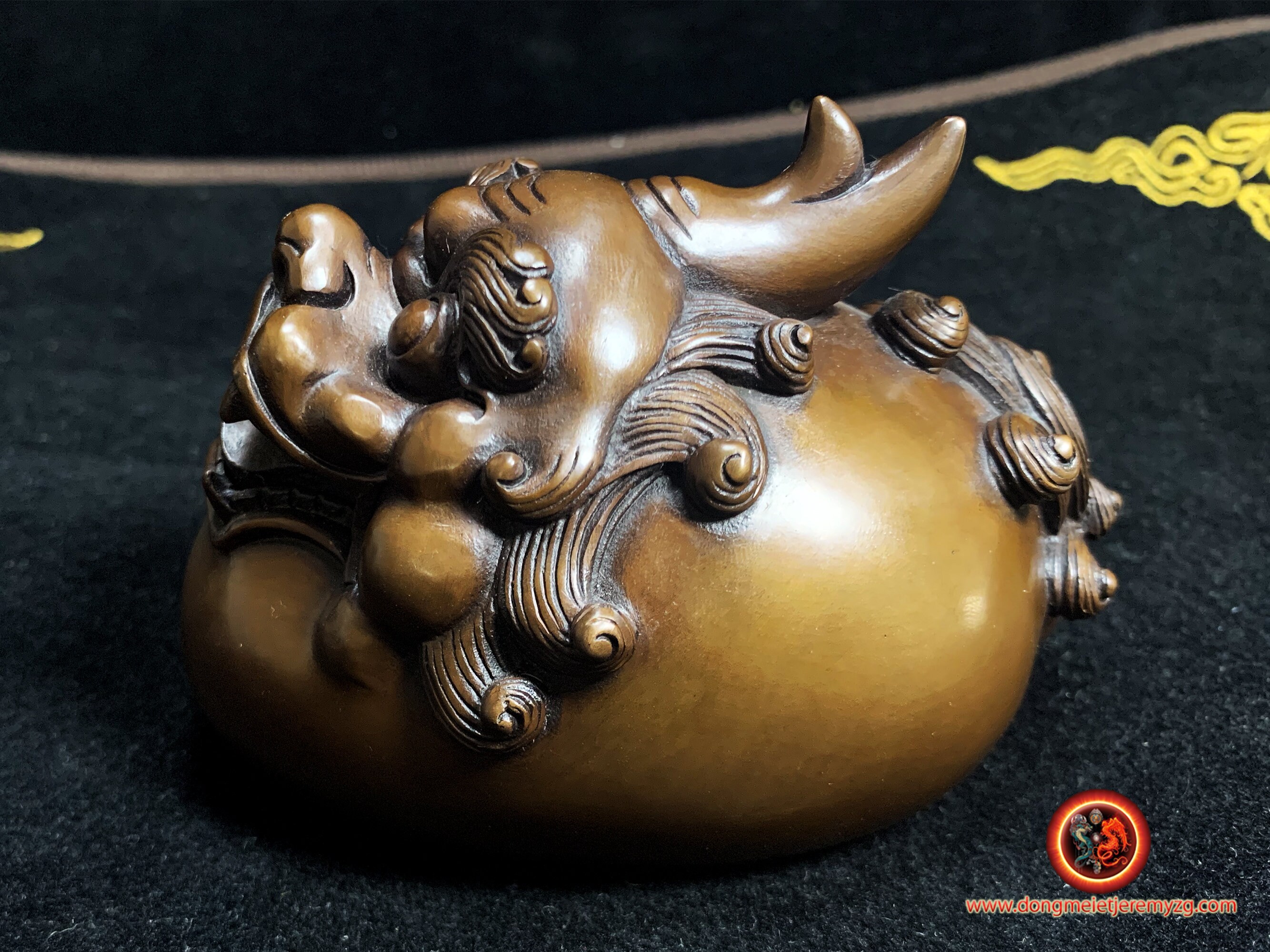 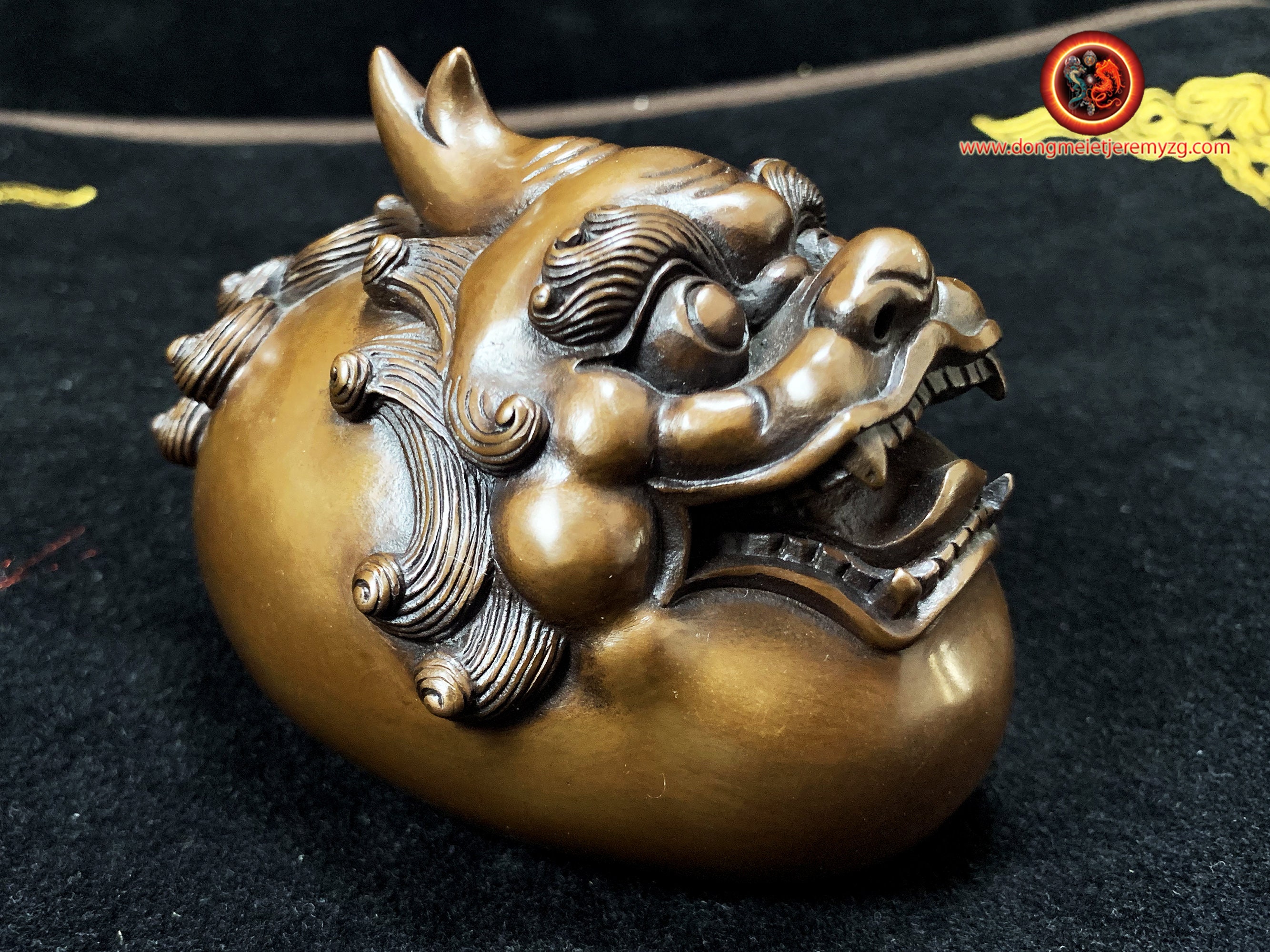 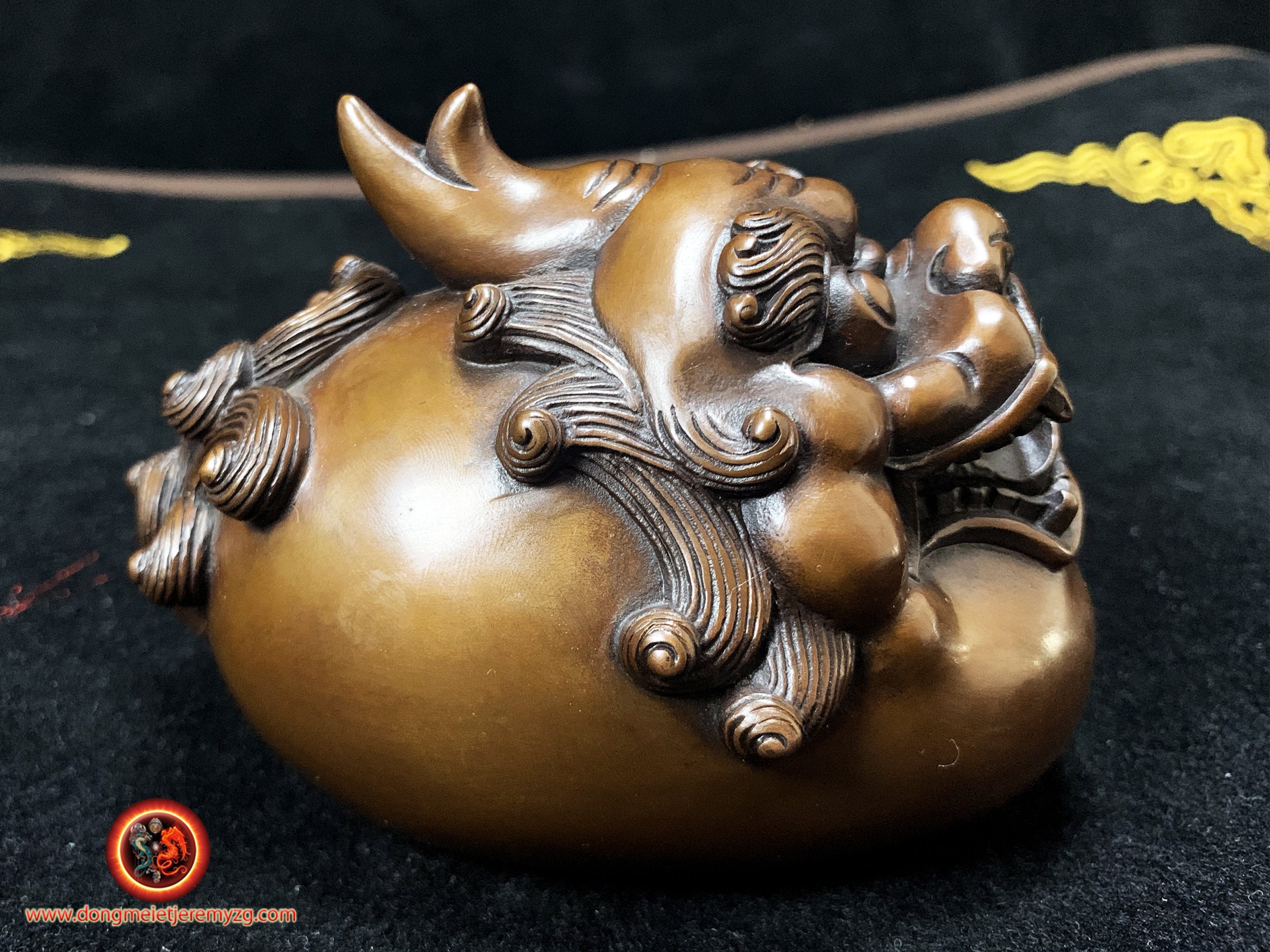 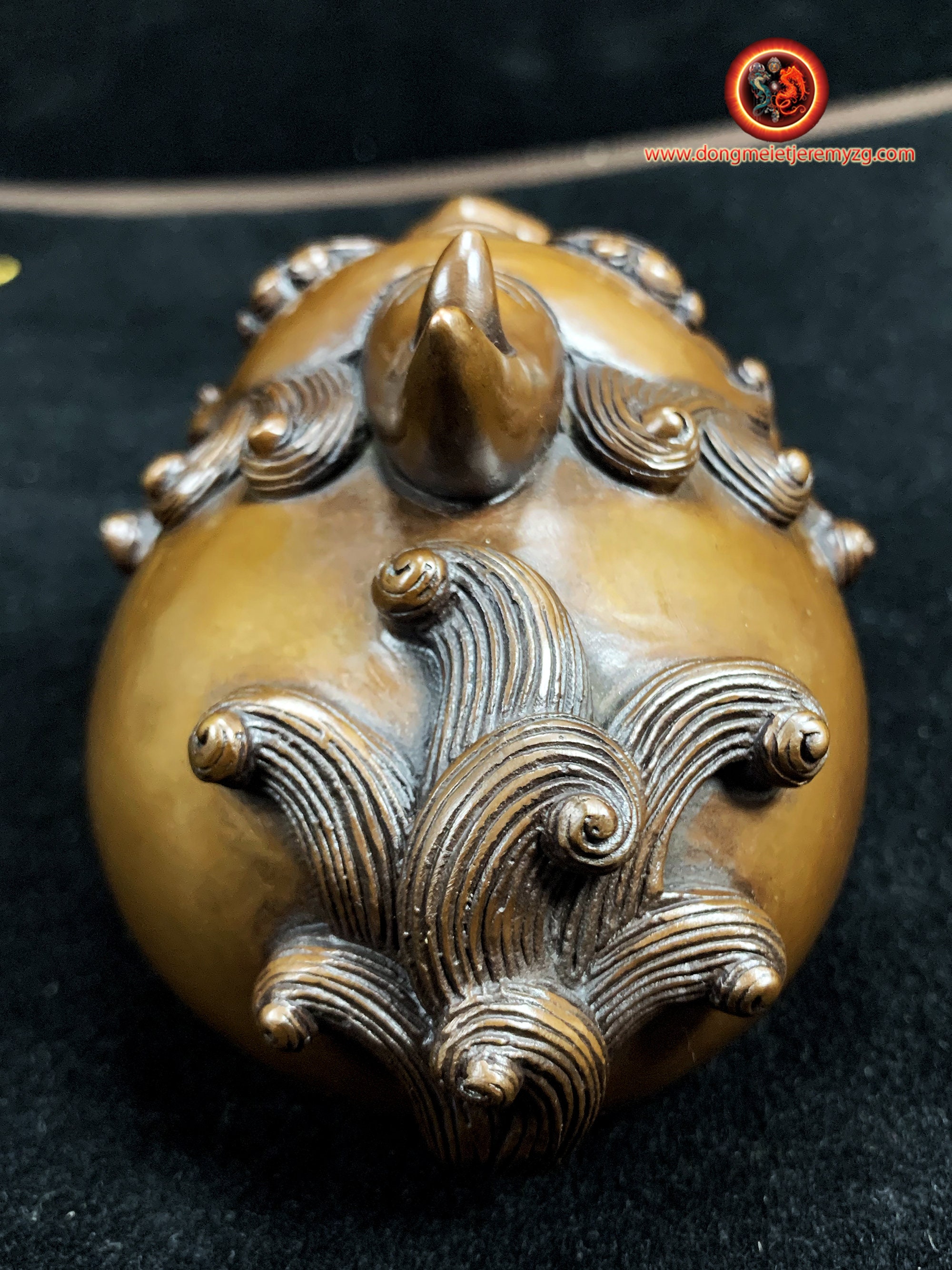 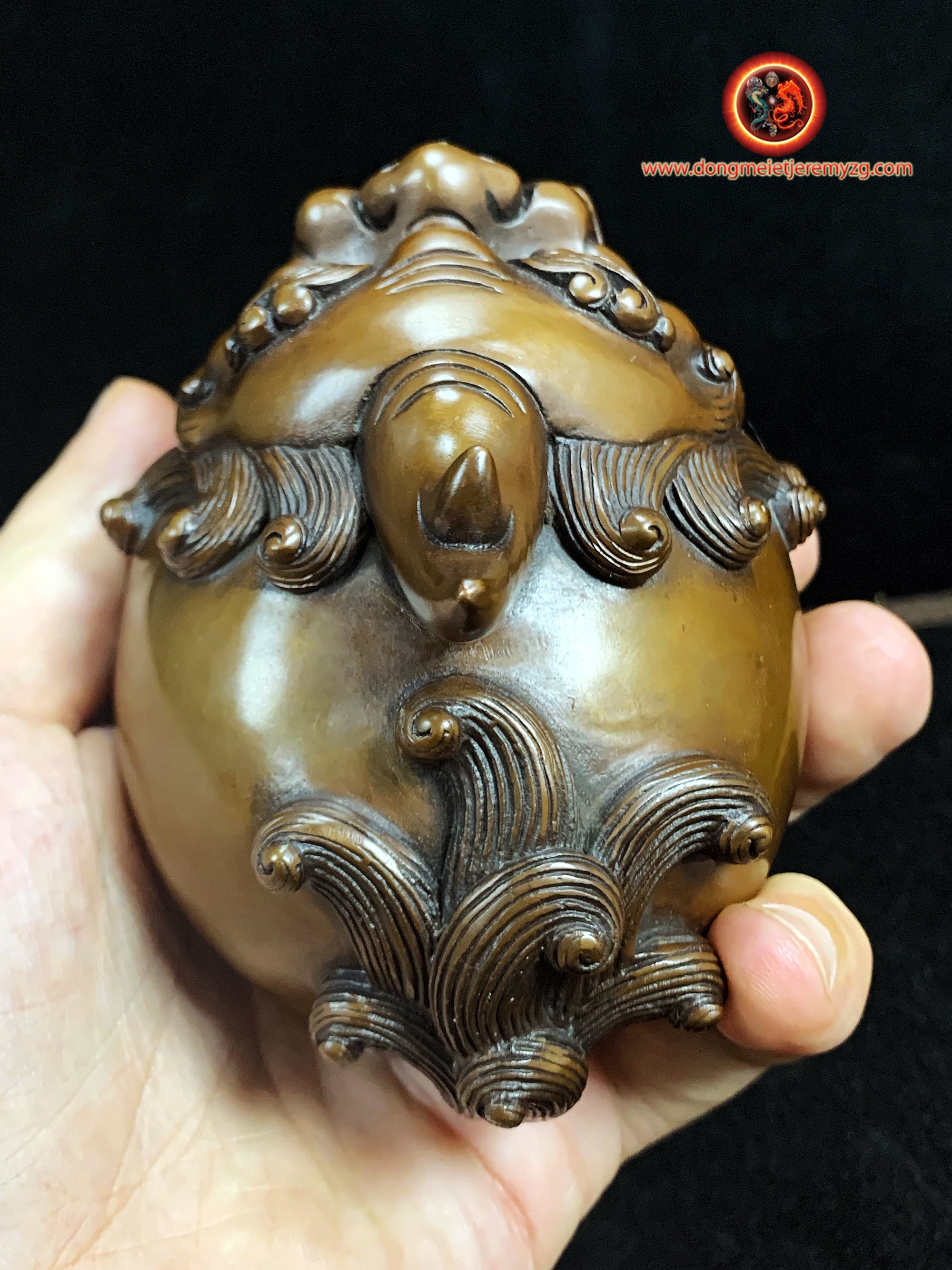 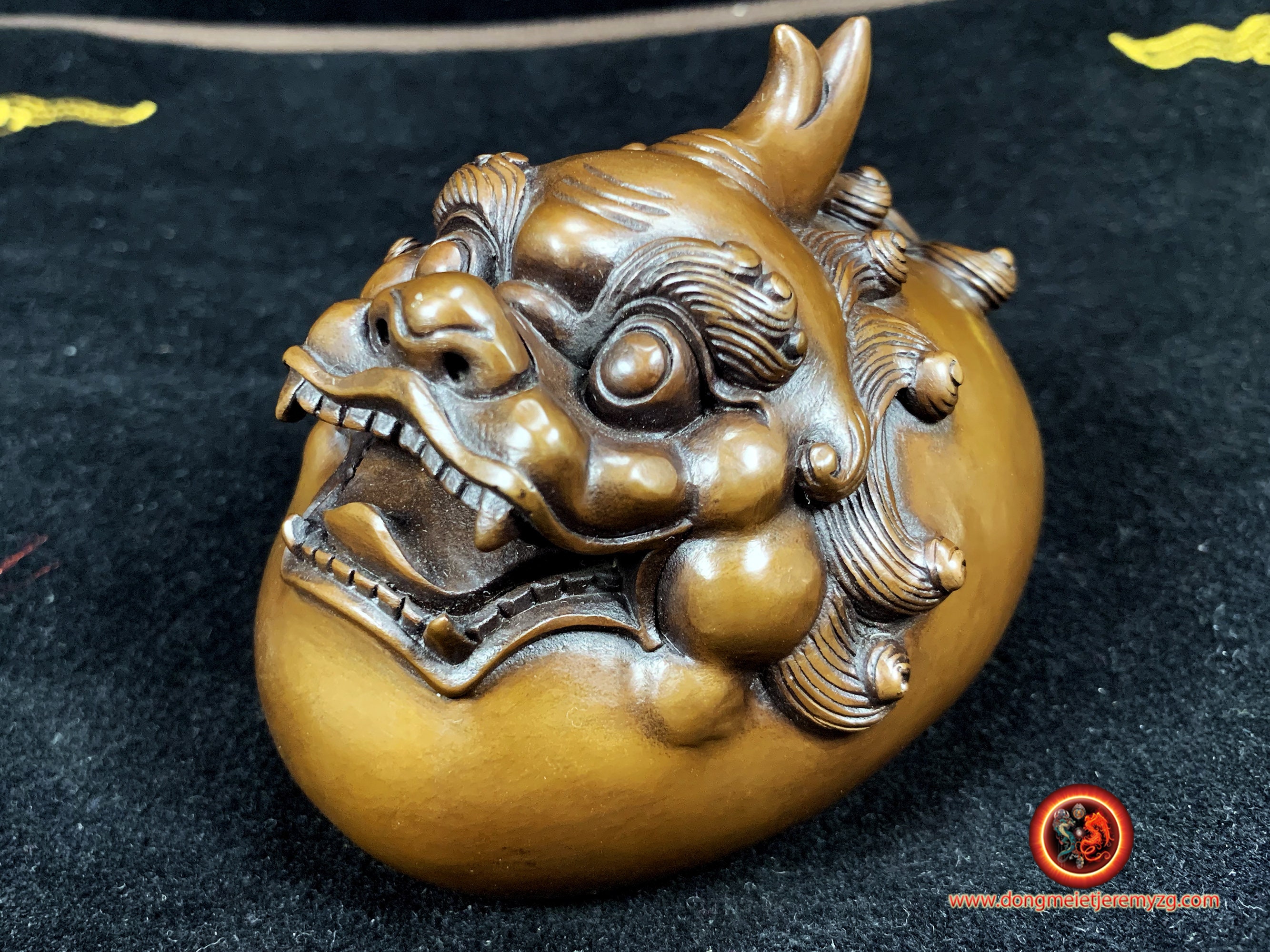 one of the 5 best known animals in Chinese mythology. He was born on the 18th day of the second lunar month, an extremely symbolic date in Asia. This is the ninth child of the jade emperor's celestial dragon The ninth son of the dragon borrows the massive and powerful allure of the lion. His body is surmounted by a dragon's head. And it is adorned with a pair of wings, for good measure.

Today the pixiu 貔貅, or pi xiu or pi yao – male or female – has only one horn left. Whereas, in the past, the female wore two horns to distinguish her from the male, who wore only one.

From the whole emerges an air of strength and ferocity, accentuated by the clearly exposed fangs. It is that the pixiu is a celestial guardian, responsible for preventing the intrusion of demons and evil spirits, he fiercely protects his master. The pixiu is of noble extraction, it feeds on precious stones and metal symbols of its nobility of character.

The legend of Pi Xiu or Pi Yao tells that the latter deliberately disobeyed a celestial law and that the Jade Emperor put himself in a black anger. To teach him the lesson and punish him, he would have condemned the latter to feed only on gold and silver. He then made her disappear the anus in order to prevent her from evacuating everything he ate. He would therefore be forced to keep his loot in his belly but could never access or use it. A horrible punishment when you love silver and gold so much!

History says that the pixiu attacks demons and evil spirits whose vital essence it transforms into riches. It is therefore often used to attract a certain financial prosperity, hence the gold bars or coins that accompany it. The pixiu is also used to defeat or prevent malicious demons and spirits that cause disease. In traditional feng shui, a metal pixiu is used as a remedy for some delicate qi. It is placed in particular: · In the annual sector afflicted by the three killers (san sha, 三煞). ·

The tai Sui sector (Grand Duke Jupiter, 太歲) or Sui Po especially if this sector is frequently disturbed (for example if the main entrance gate is there). It is for this reason that the Pi Xiu or Pi Yao is, in Asia, the symbol of conquest and gain.

It brings luck and fortune,
it promotes the proper circulation of Qi.
it increases wealth,
it protects people and homes,
it removes bad luck and obstacles,
and it promotes good opportunities.

Pi Xiu's statuses are very common in Asian homes. Considered a guardian and protector, the latter are revered.

To properly place and use them, the best is still to follow the rules of feng shui.

they are used as are tigers and dragons so, mainly, that they ward off bad luck and repel harmful energies.
The pixiu is placed near a door, facing outwards.
Given its ferocious nature and its mission of protection against evil spirits, one does not turn the pixiu in the direction of another person, unless of course you want to tell him that he is a declared enemy and have decided some dubious magic operation.
Pendants depicting a pixiu are commonly found.
In this case, the pixiu acts rather as a protection against harmful influences, especially for health.
Pi Xiu remains very loyal and loyal to his assigned master.
If you are moving into a new house or have done a lot of work, it is advisable to place the statue of Pi Xiu in your living room.