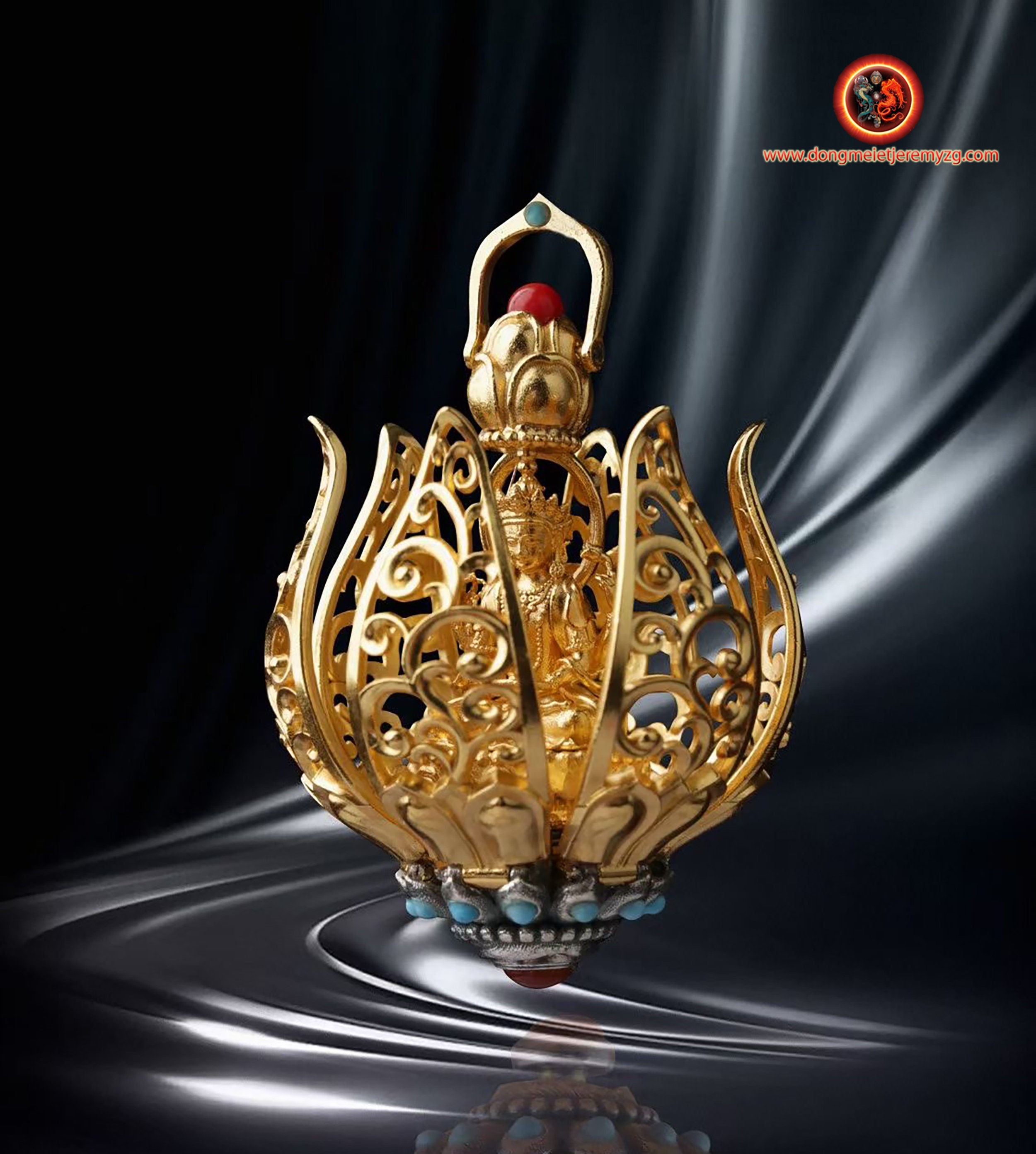 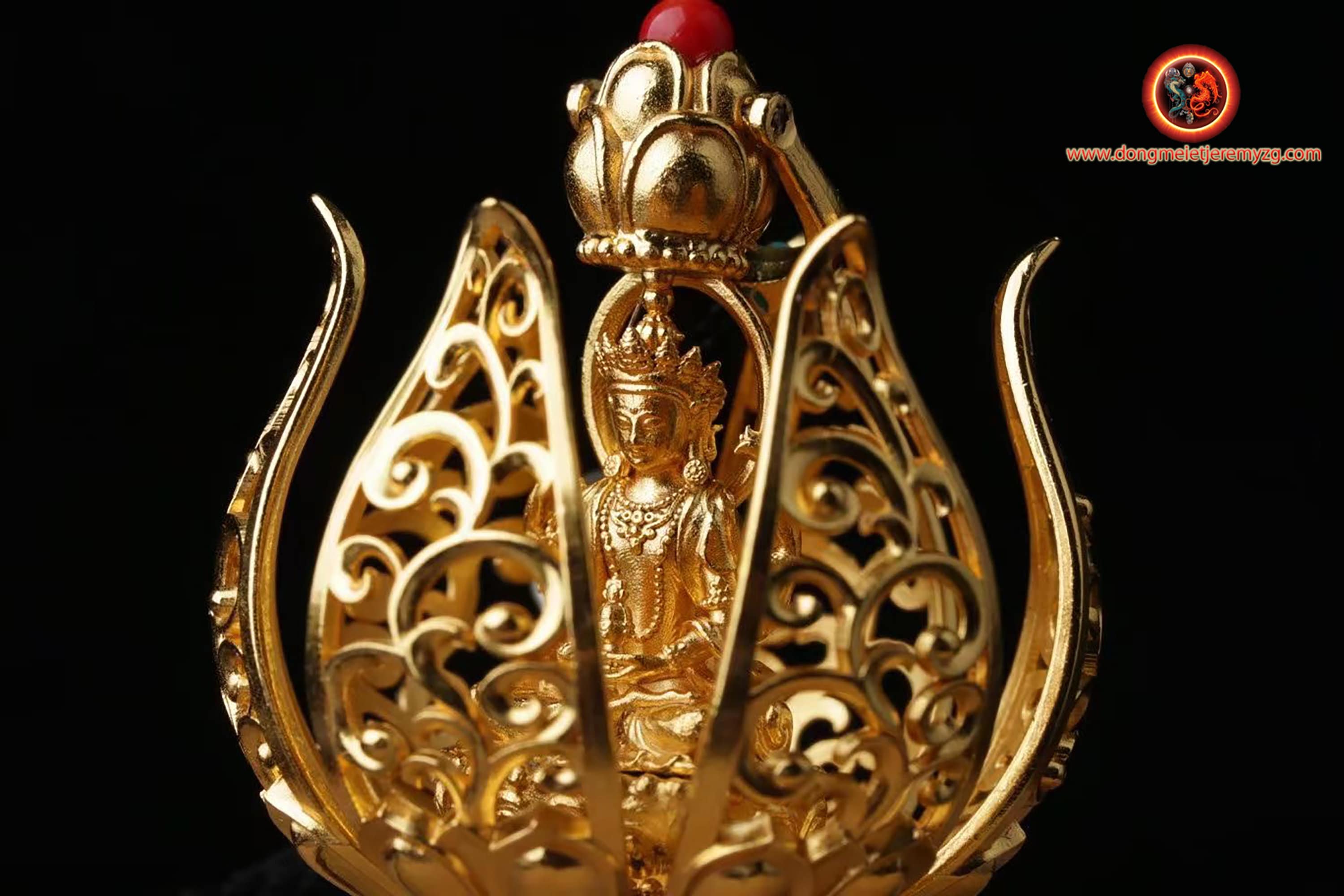 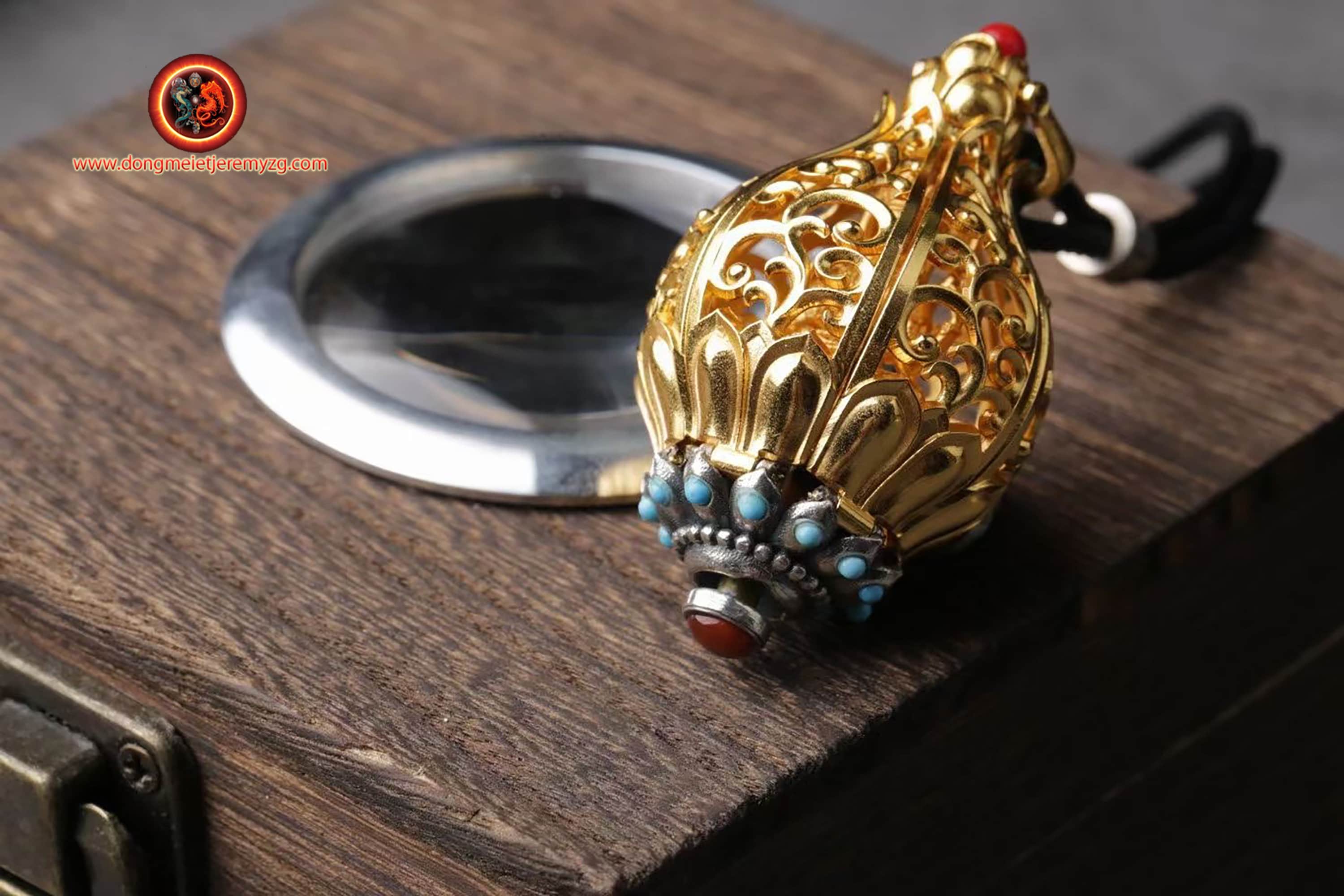 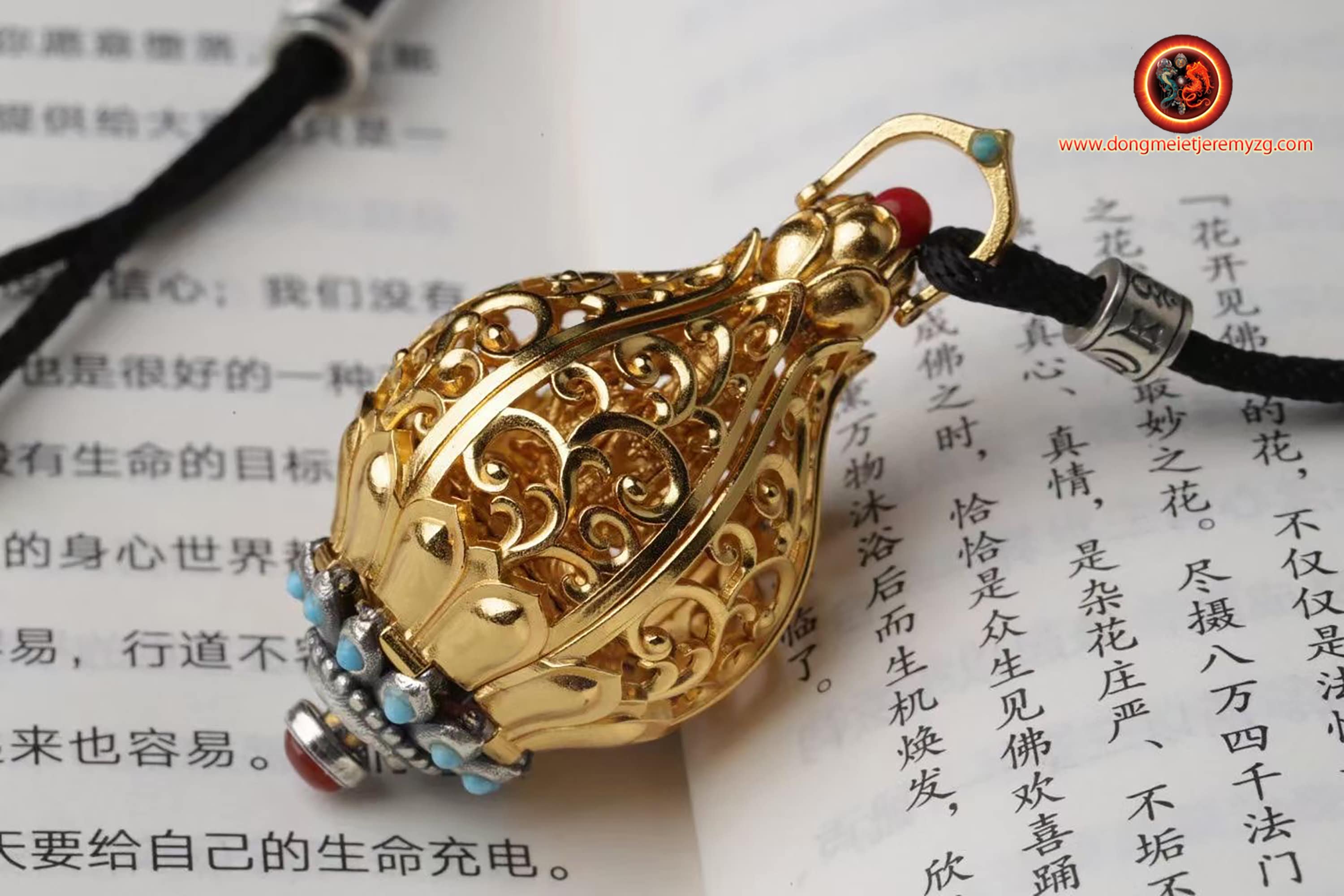 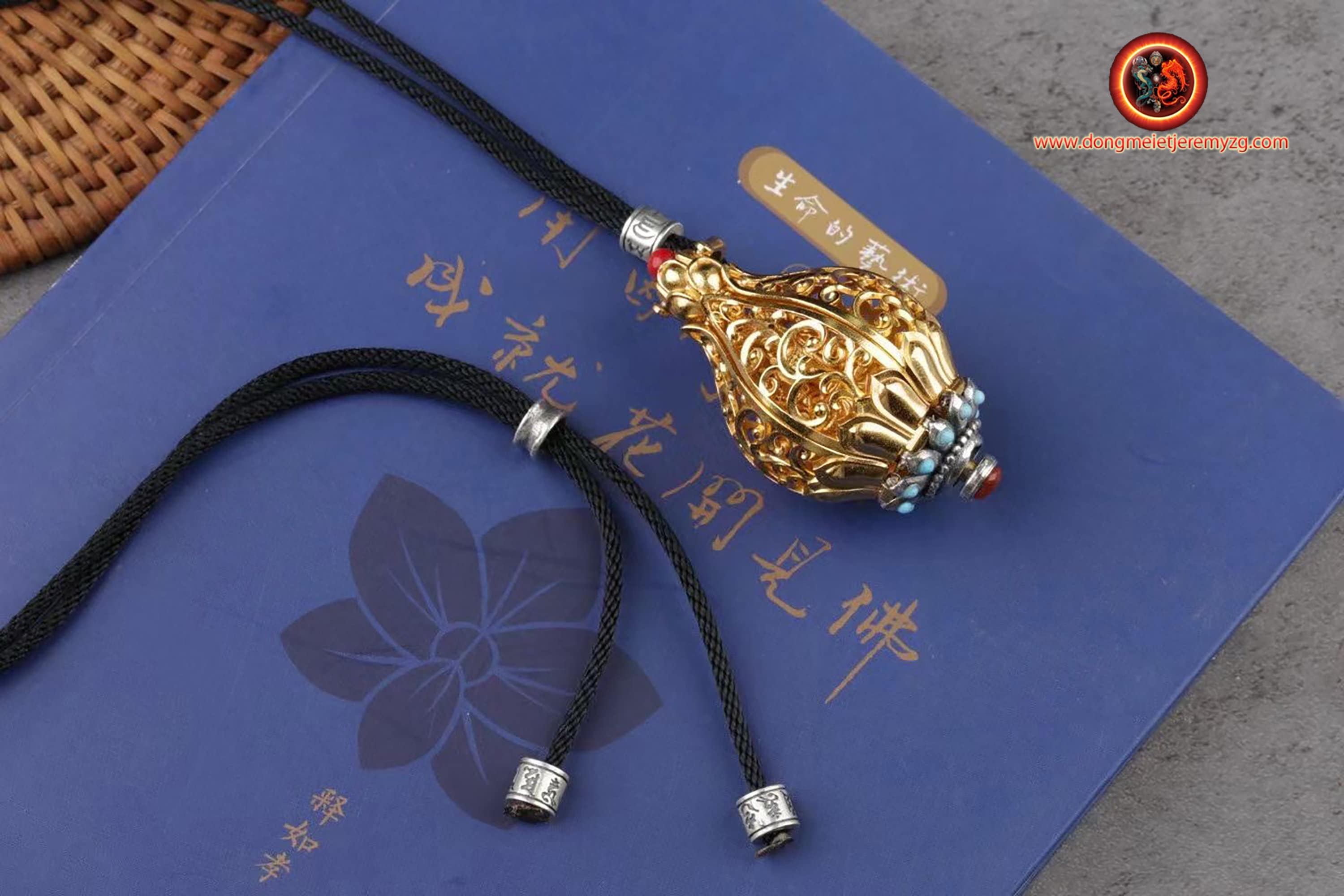 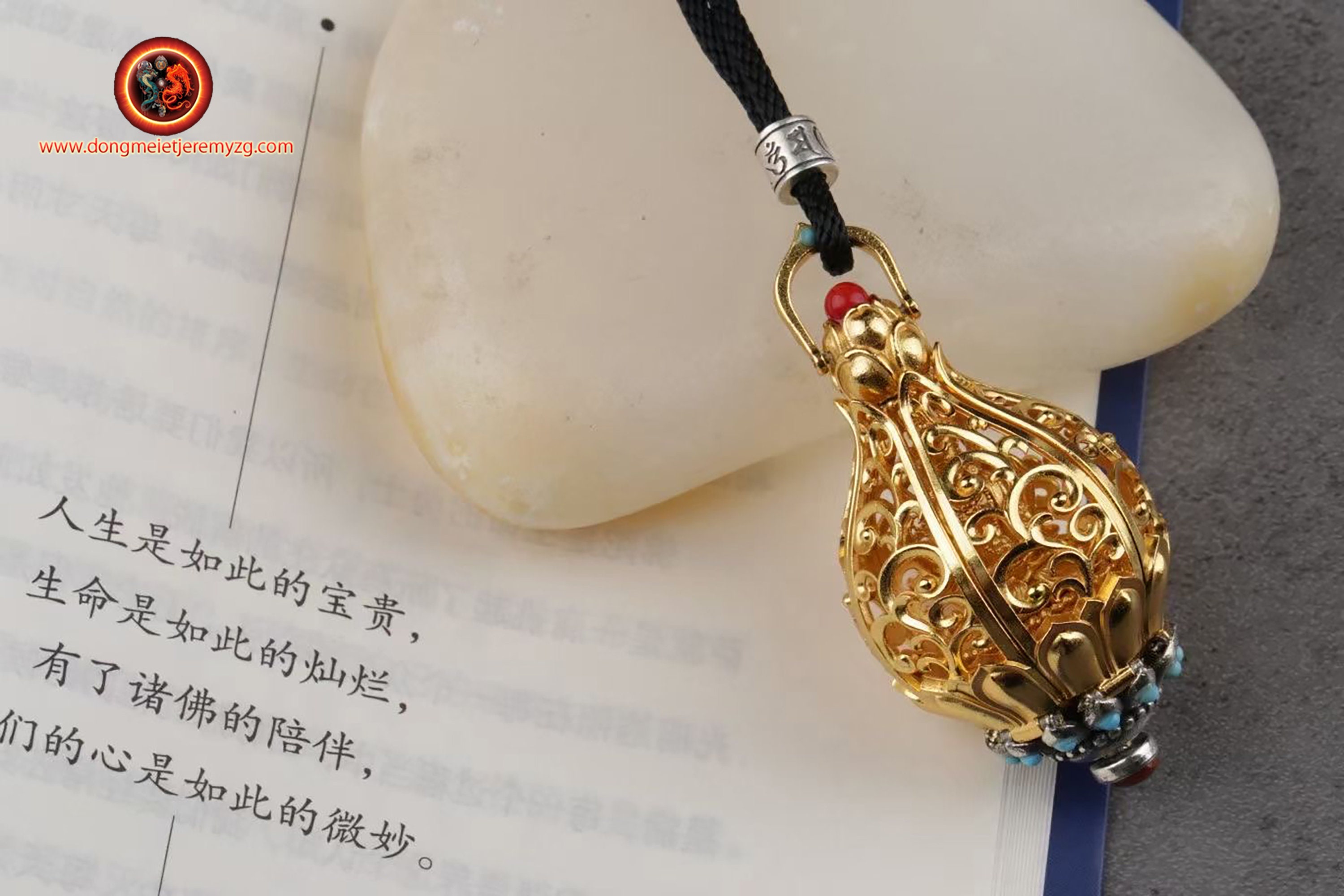 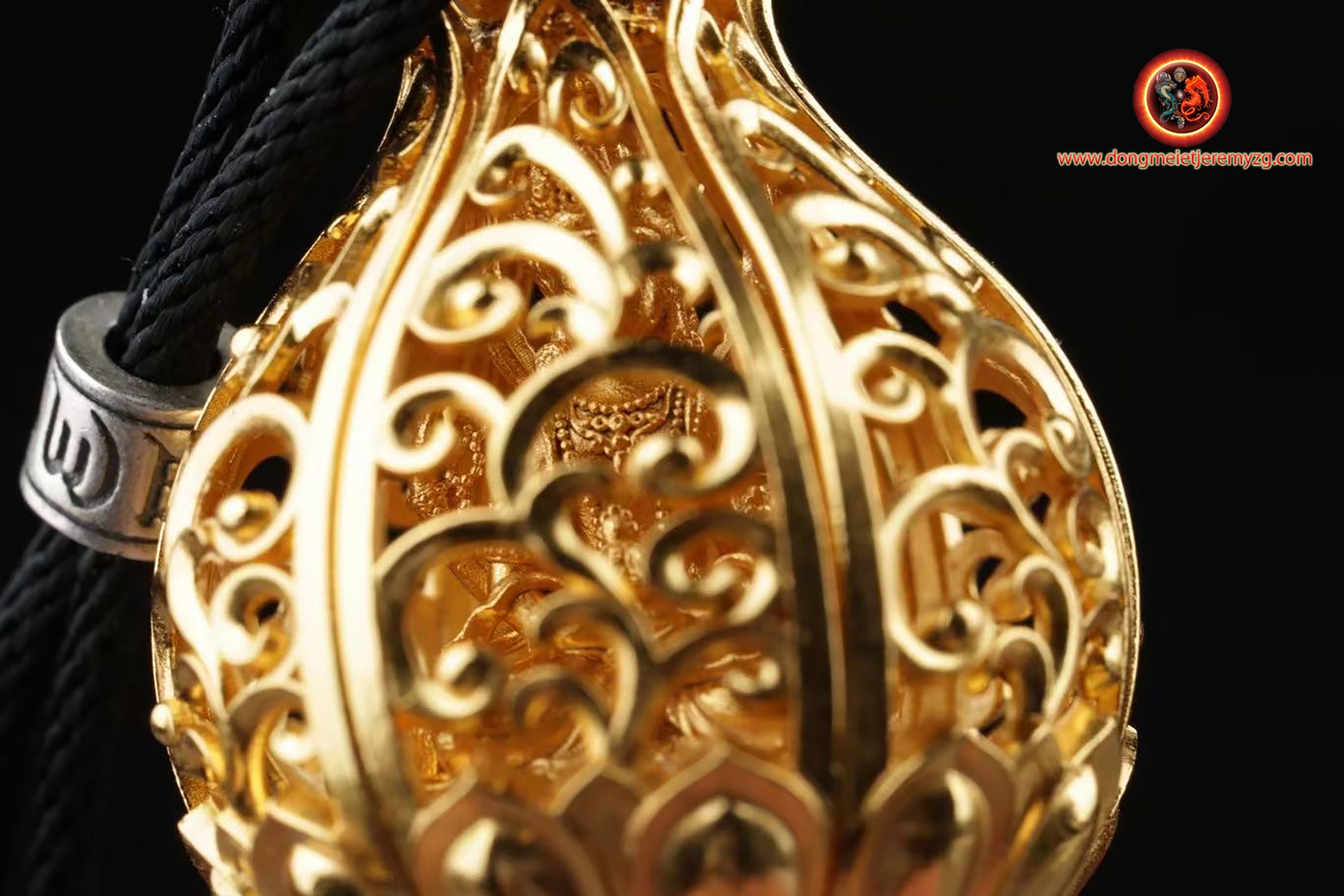 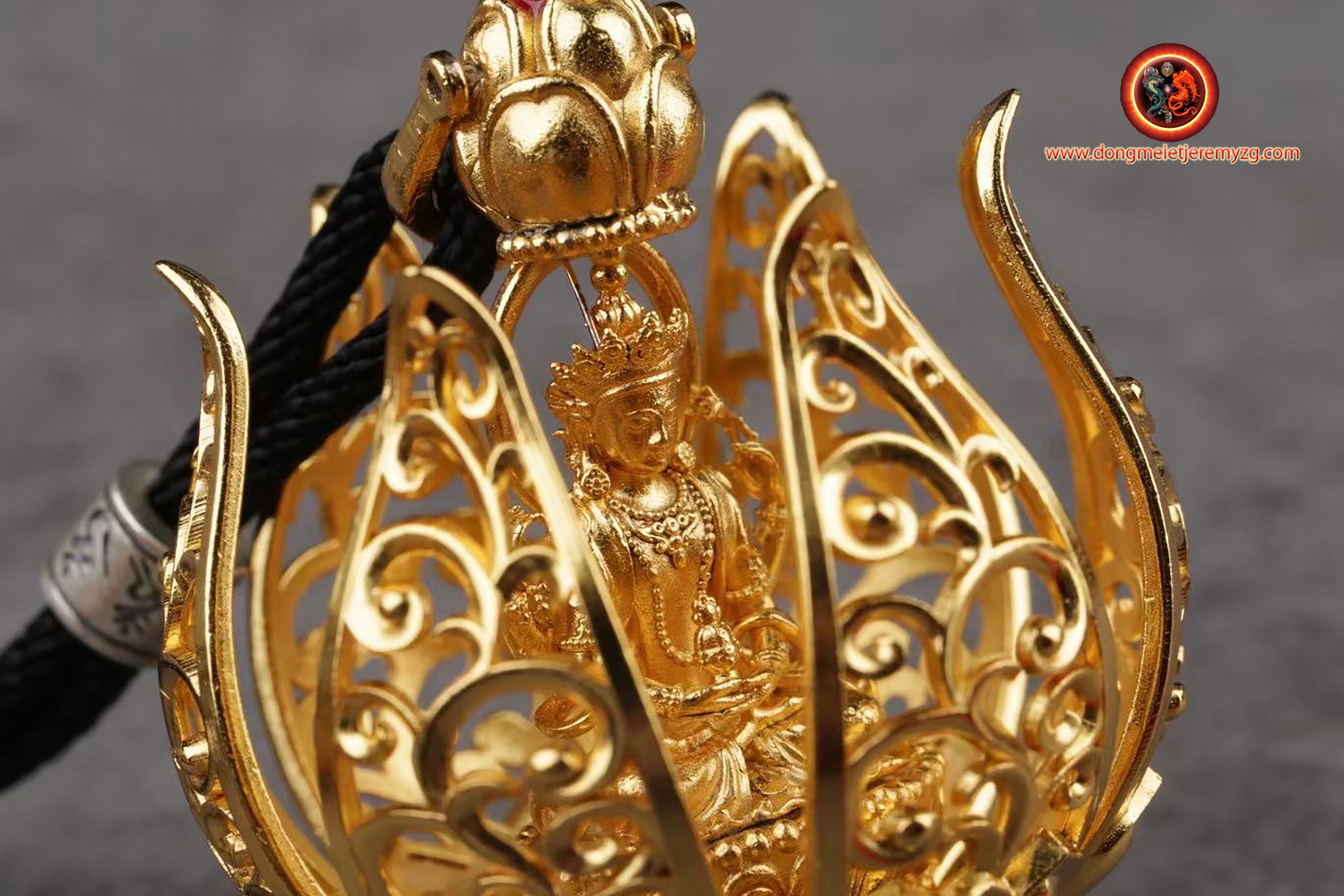 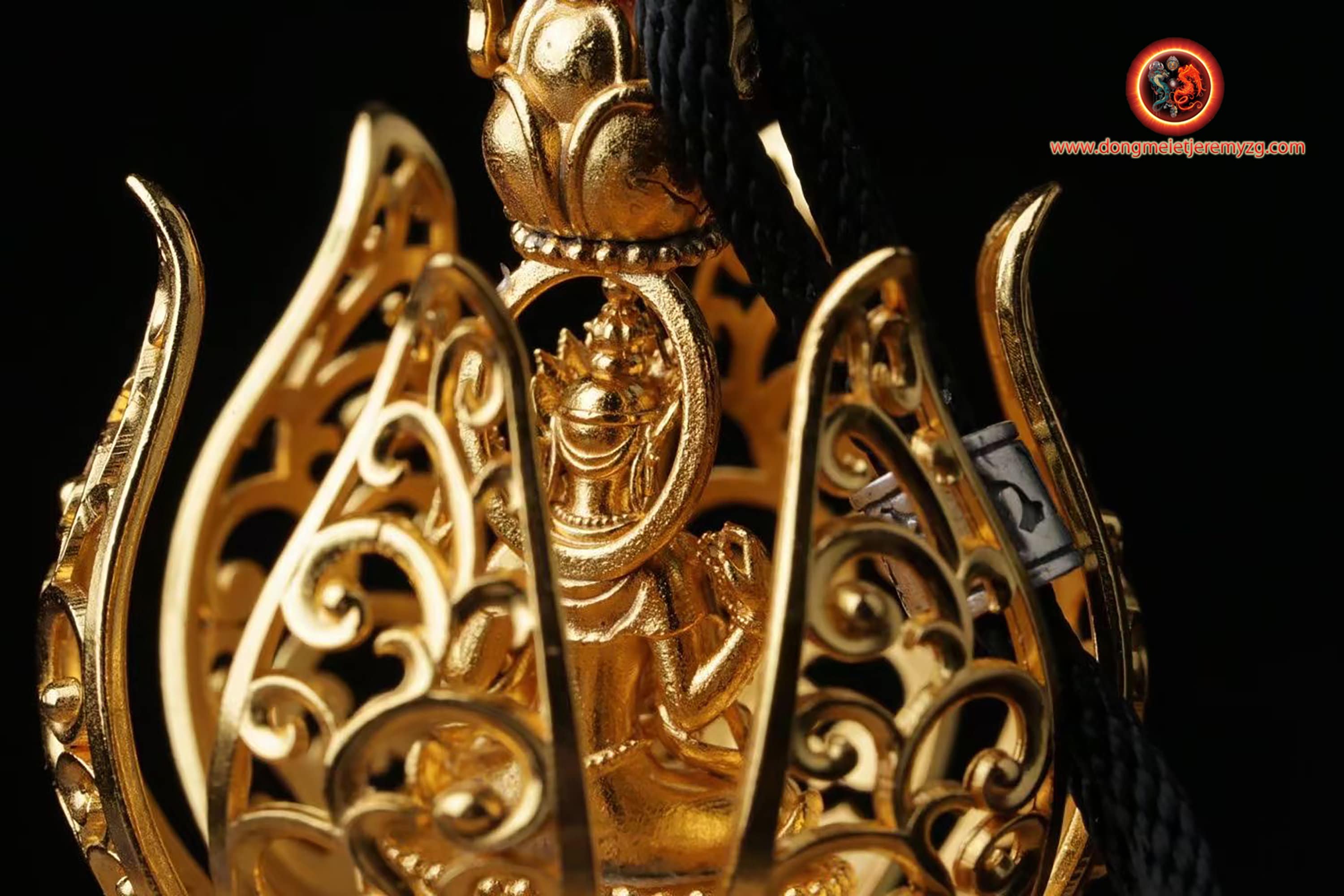 Amulet, Buddhist pendant.
Bodhisattva of the comapssion, Avalokitesvara, Guan Yin, Chenrezi in a Lotus with 6 petals.
Brass
24k gold plated
pendant opening thanks to a button on the top of the pendant, allowing to unfold the six lotus petals, letting discover the deity.

Delivered on an adjustable cord embellished with 925 silver beads on which are engraved the mantra of compassion "om mani padme hum".
Delivered in a custom wooden box.


To discover our entire collection "Buddhist protections", please click on this link
https://www.etsy.com/fr/shop/DongmeietJeremyZG?ref=seller-platform-mcnav&section_id=23827698