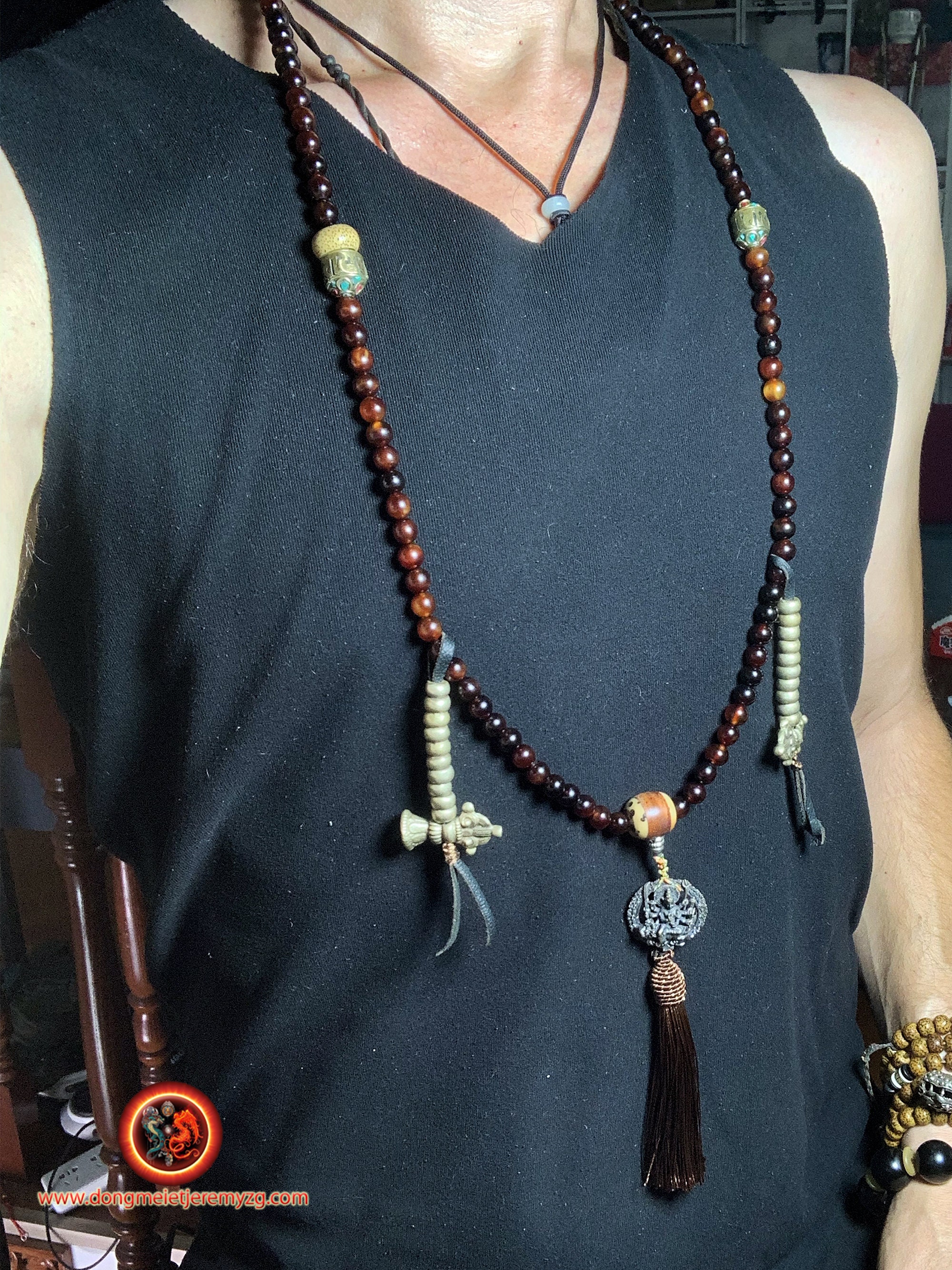 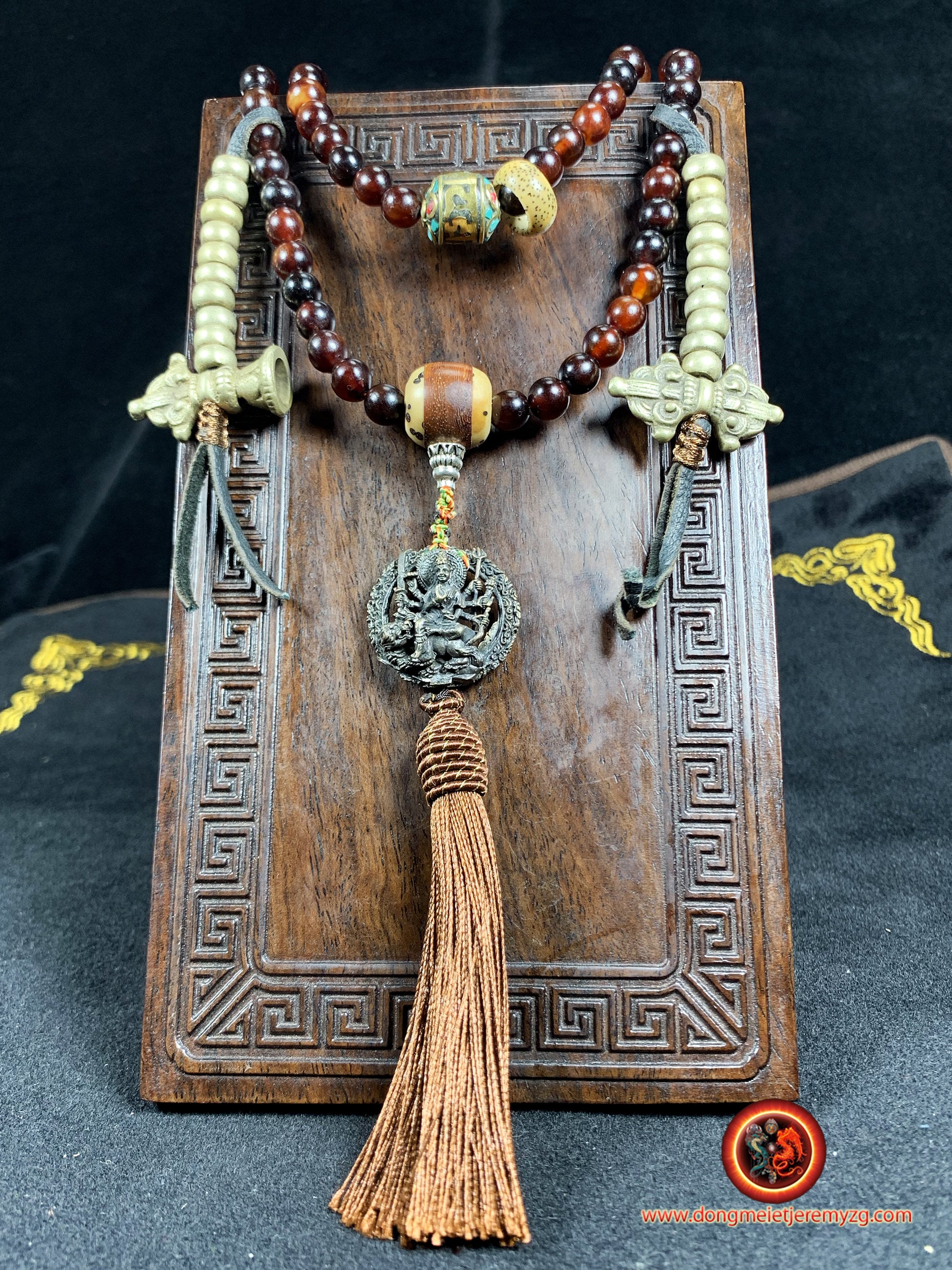 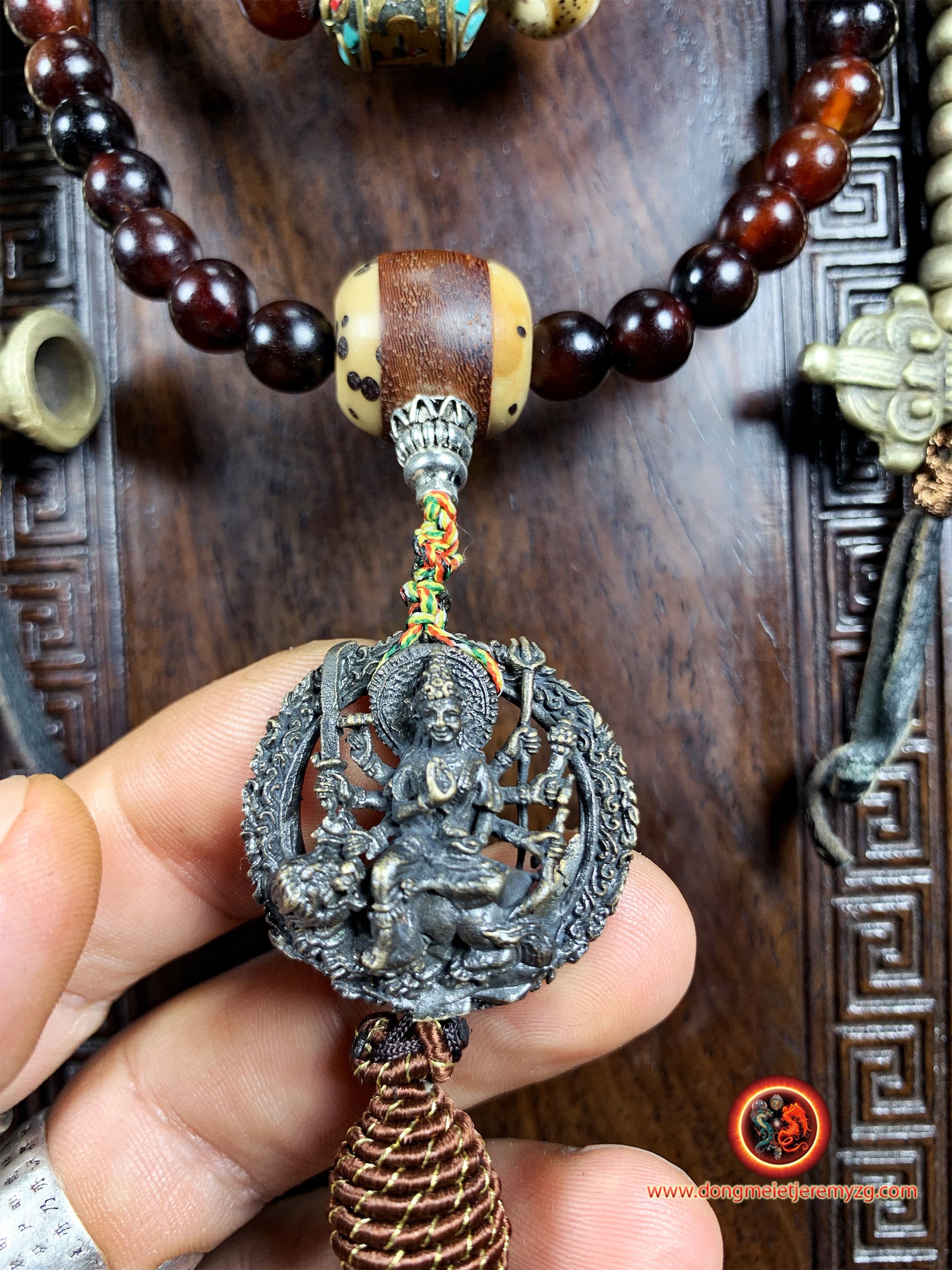 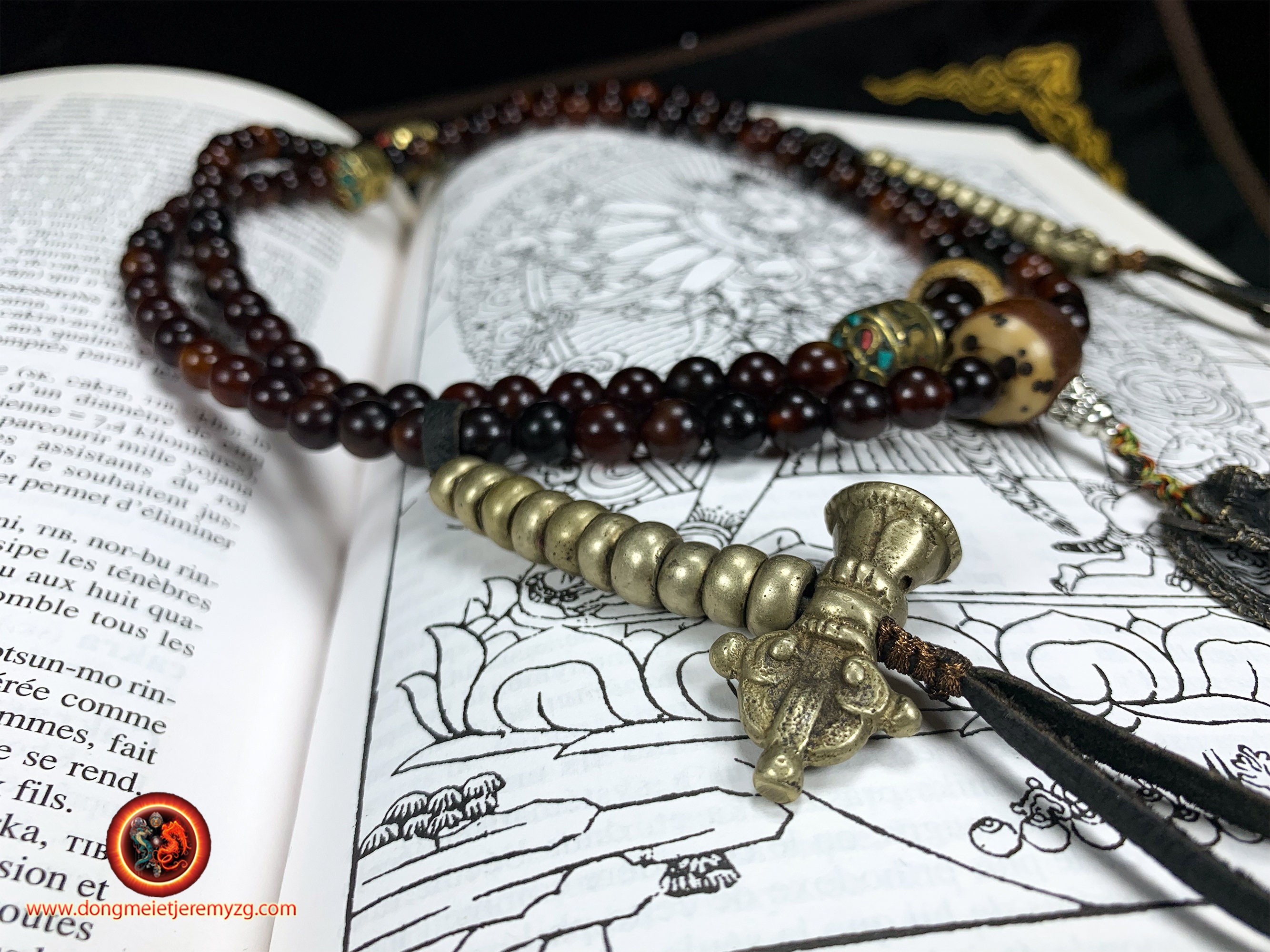 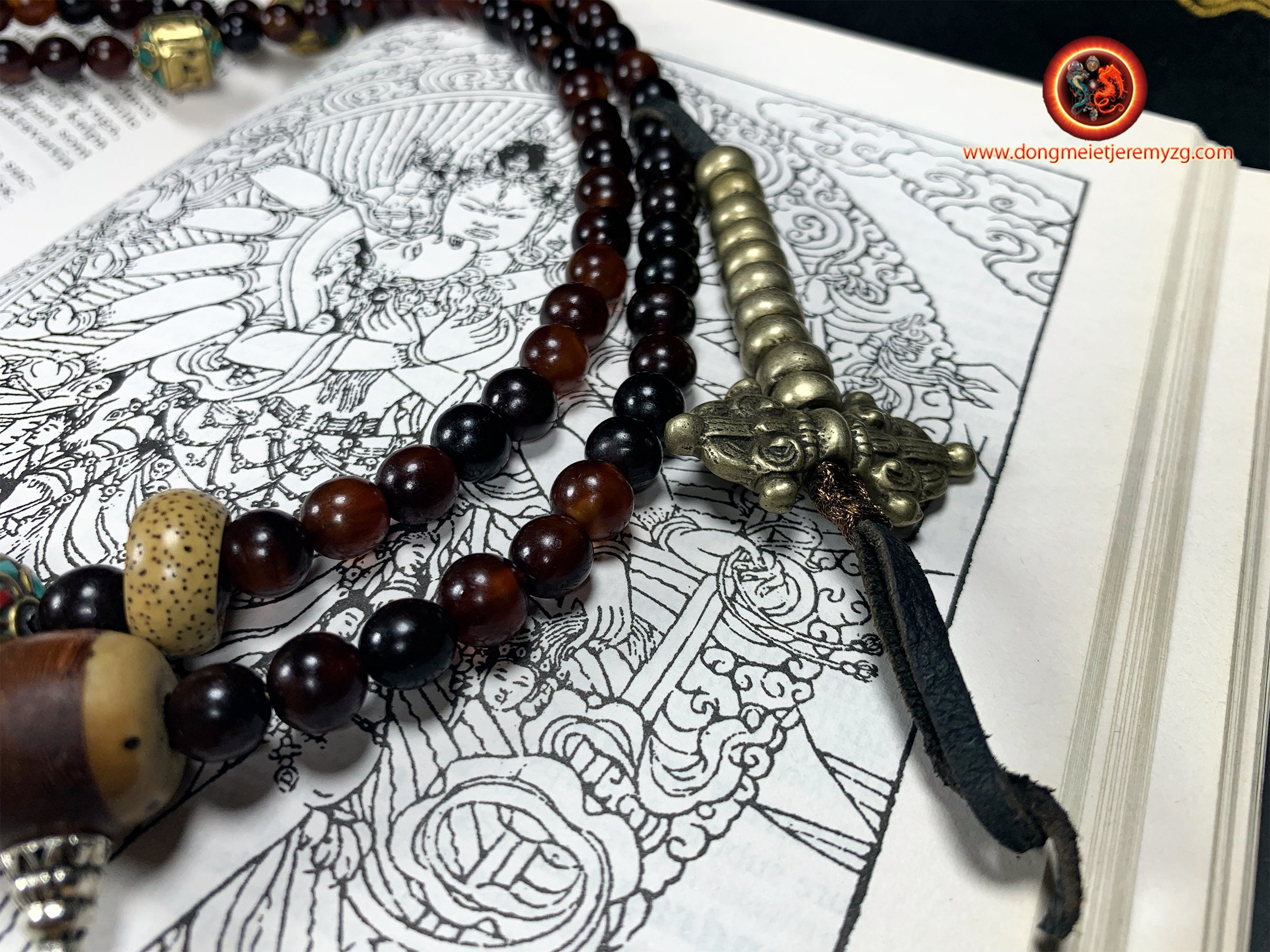 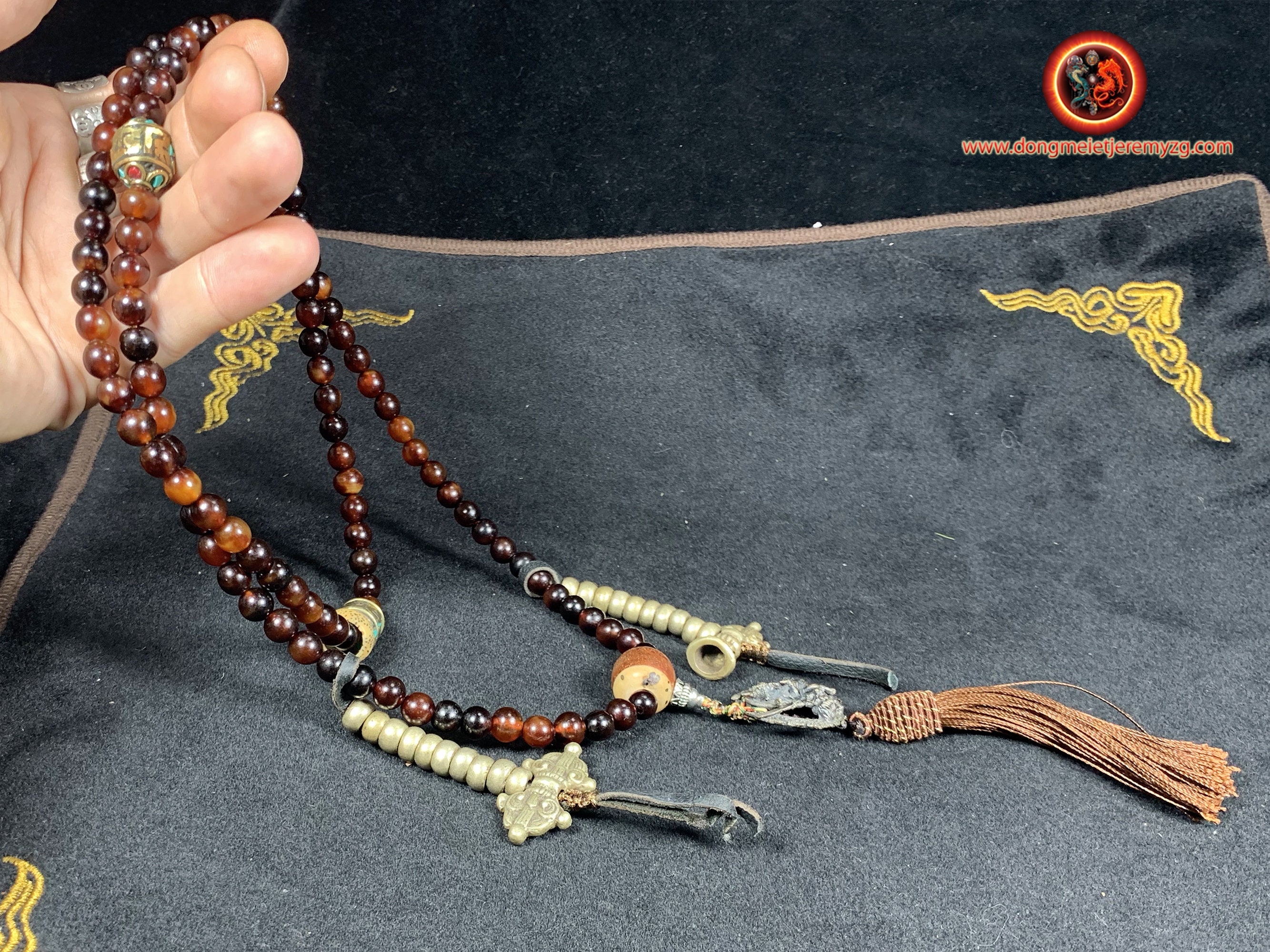 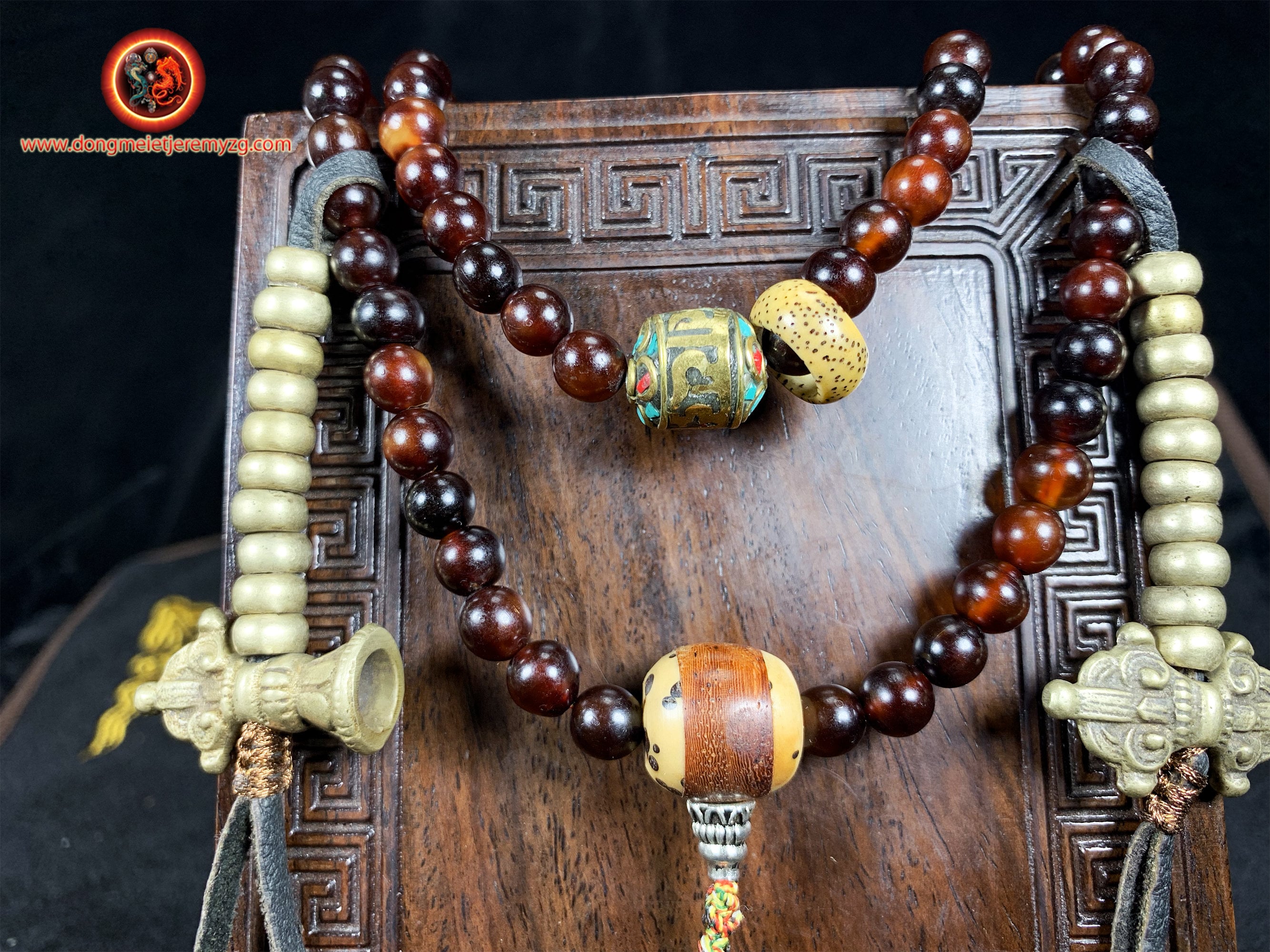 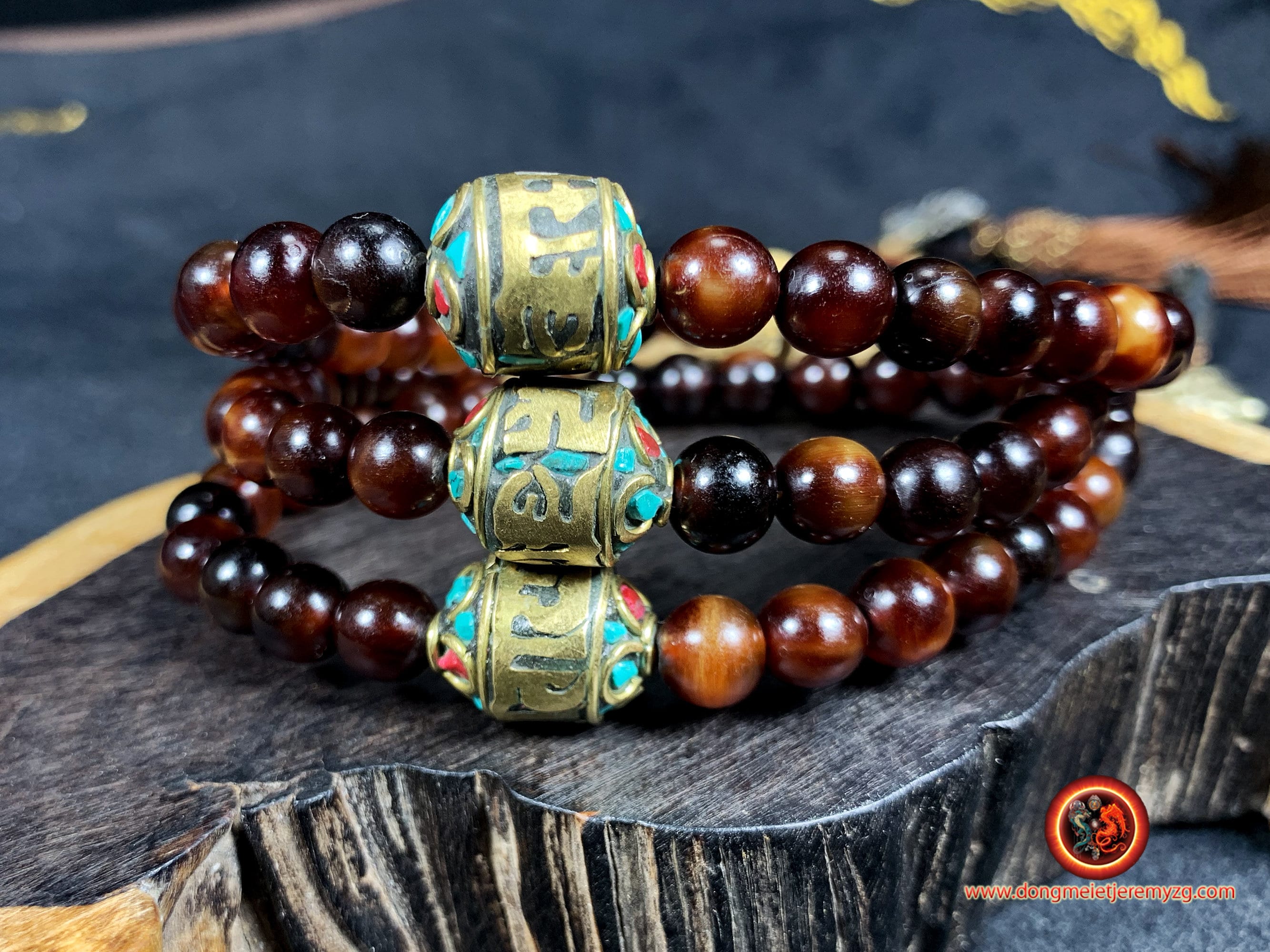 Traditional counter on the bronze sides with the bell and vajra of Tantric Buddhism in finish.