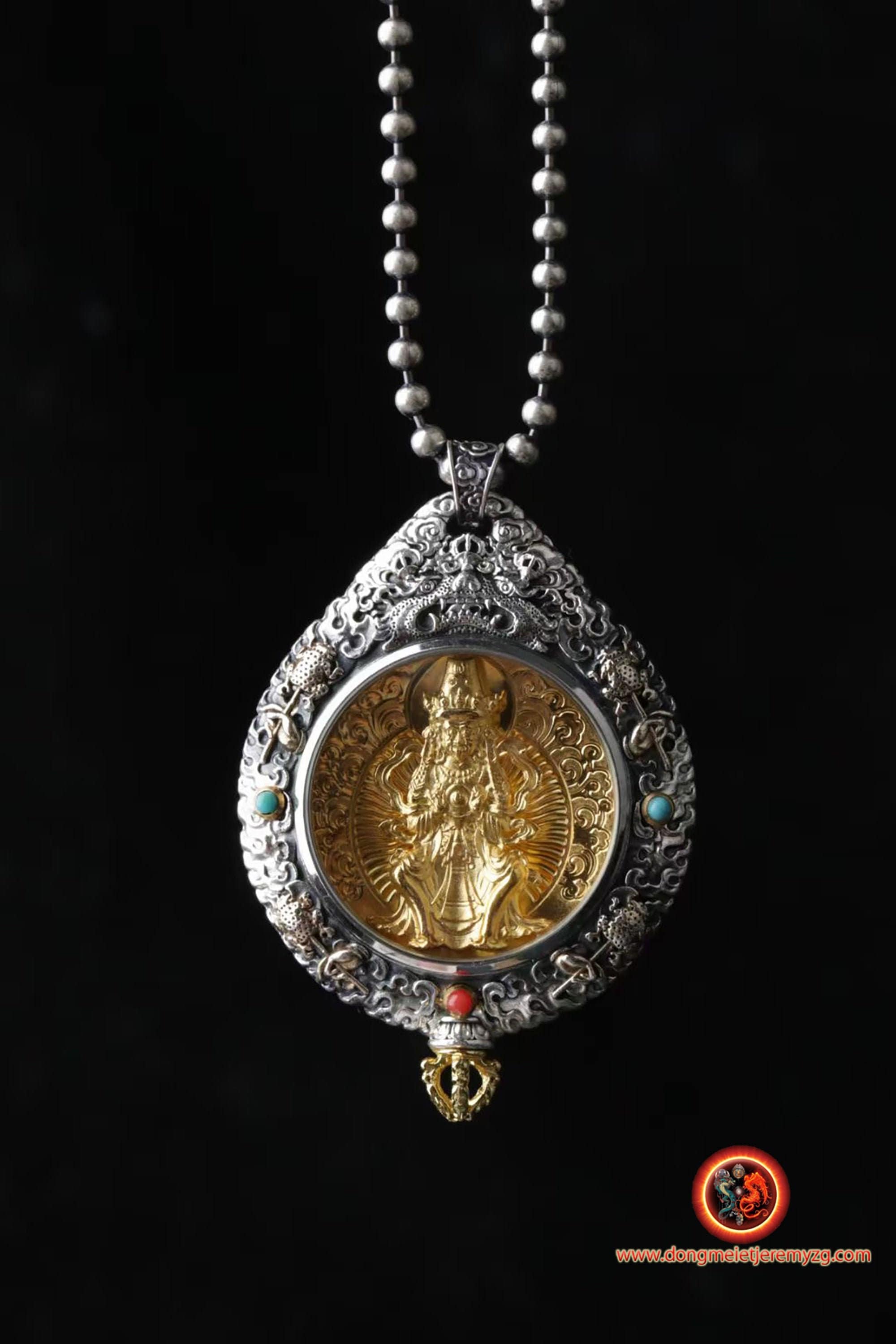 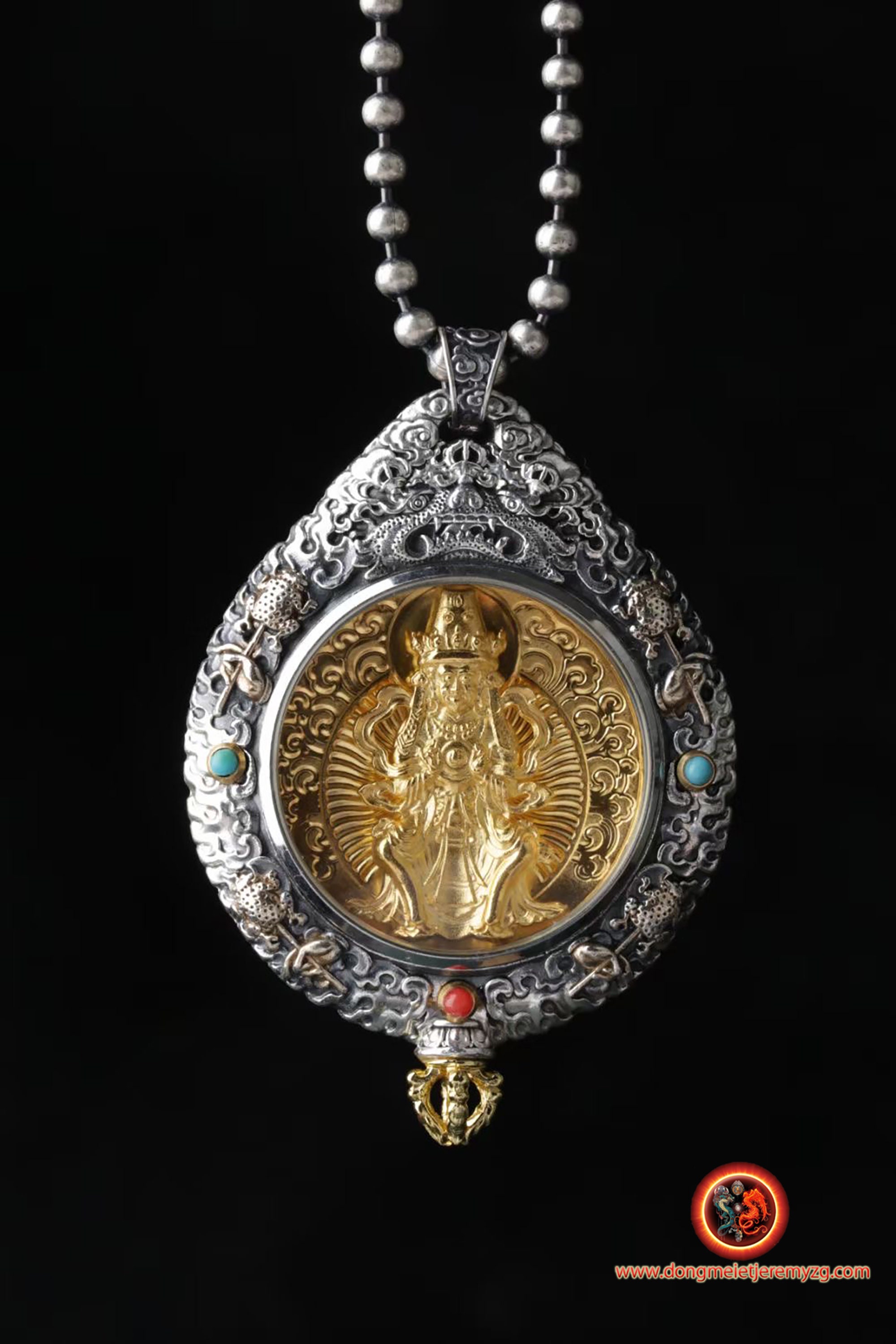 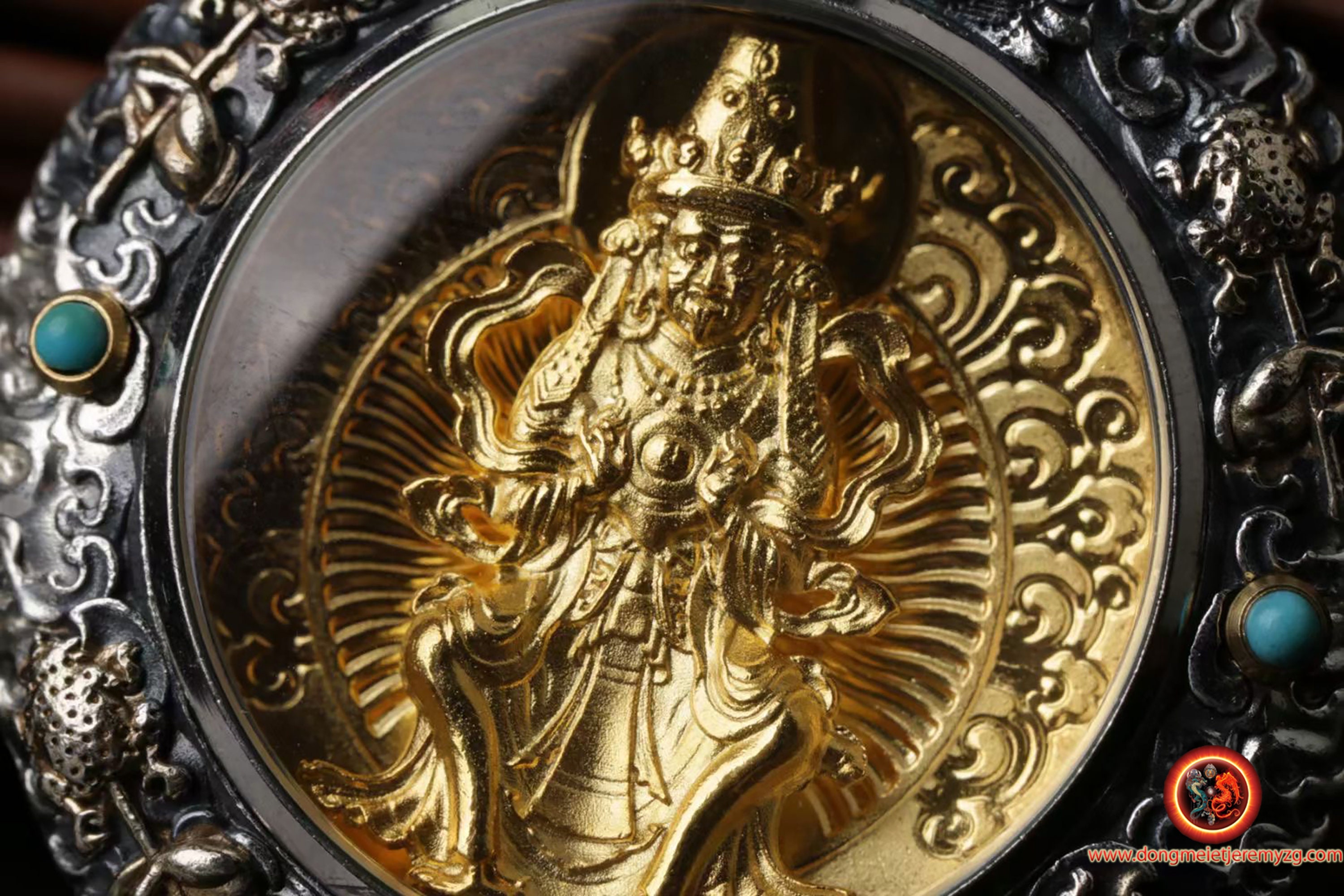 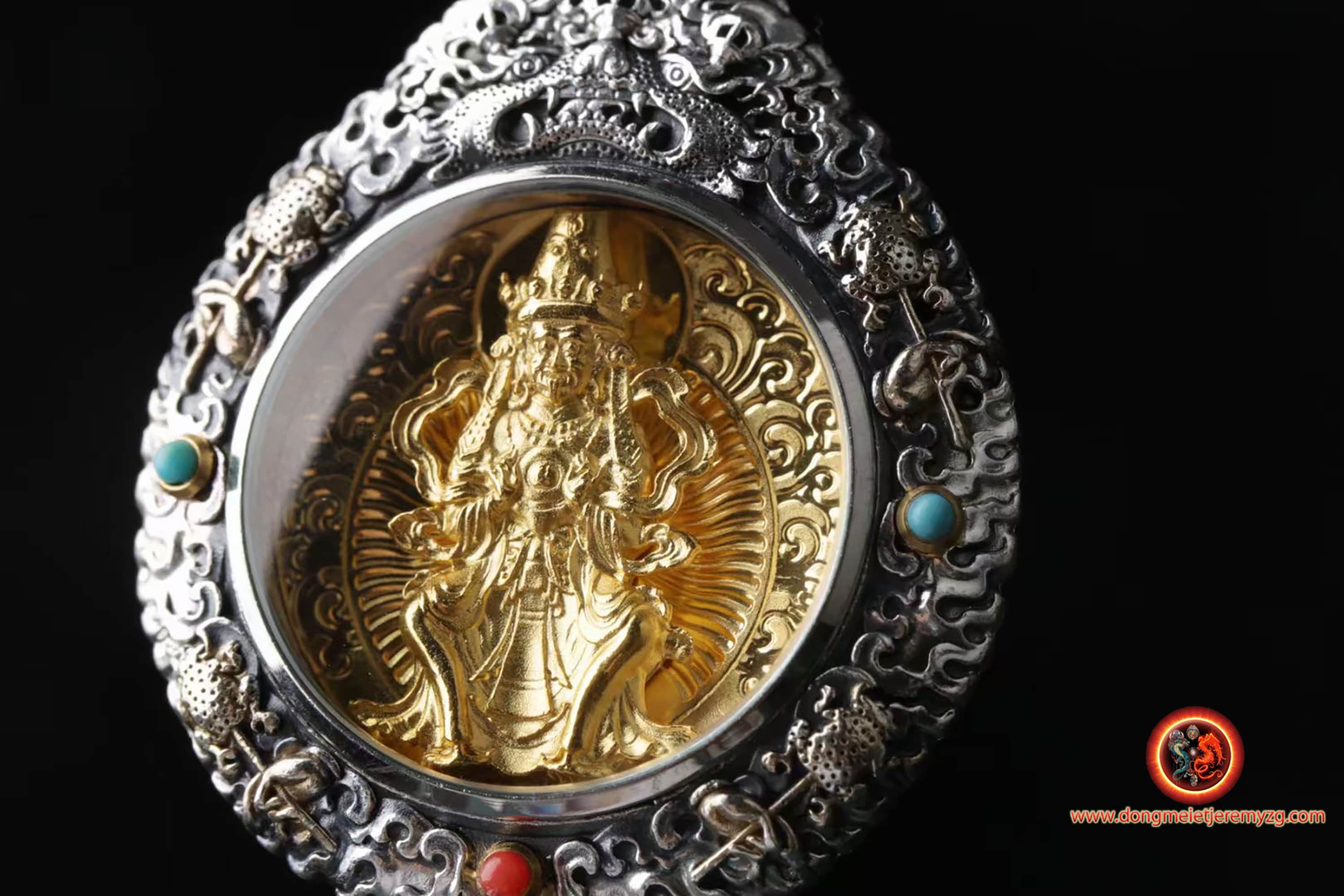 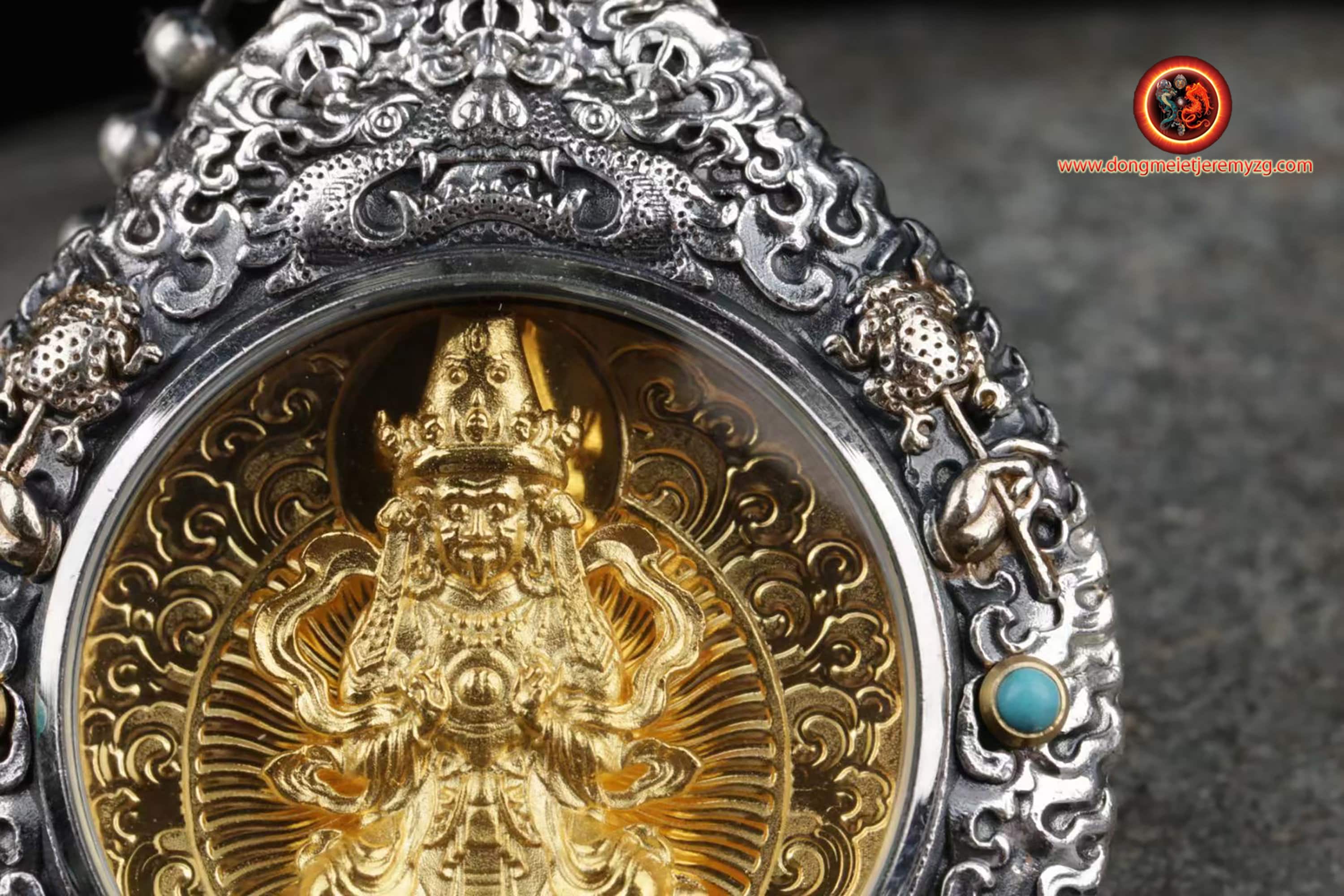 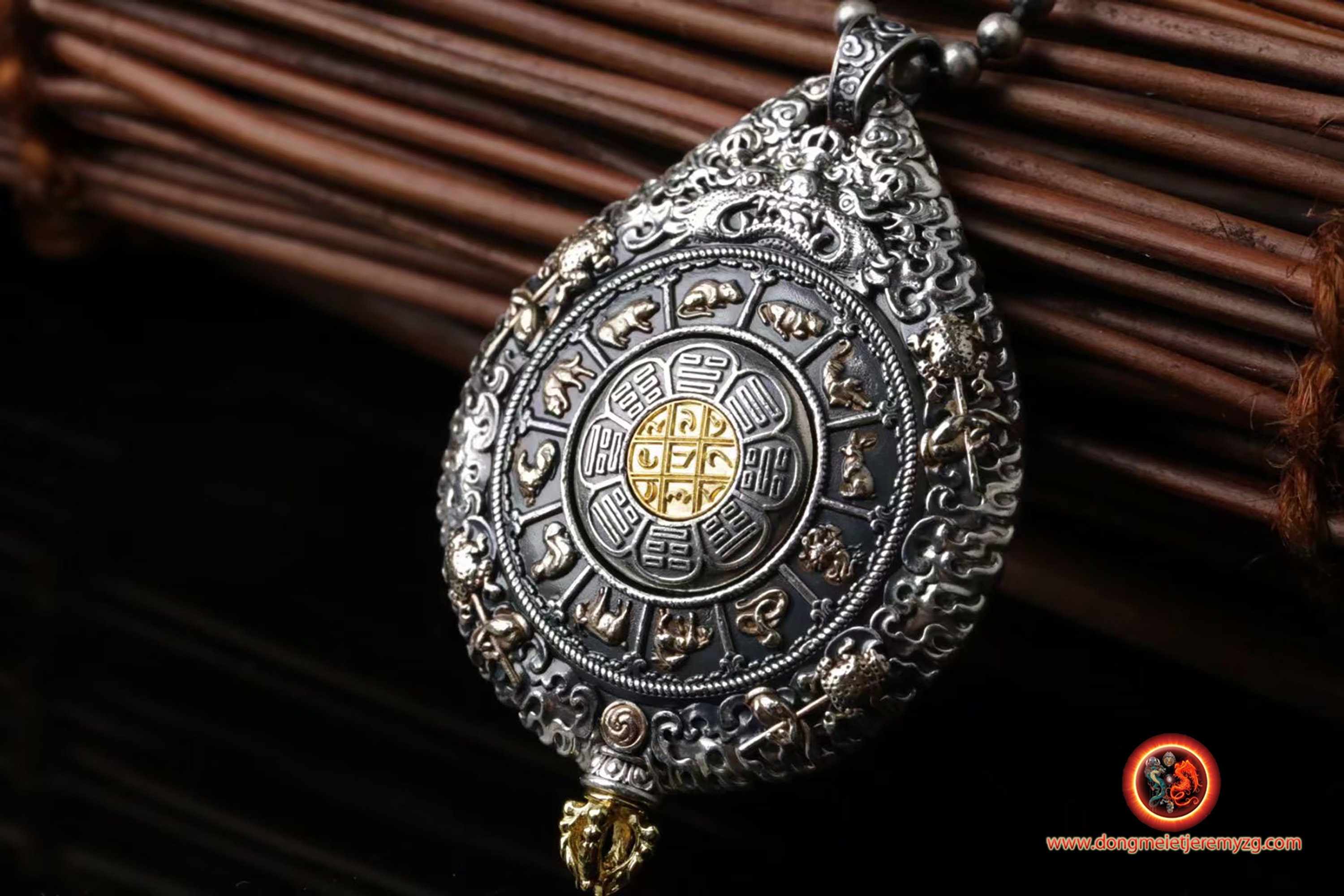 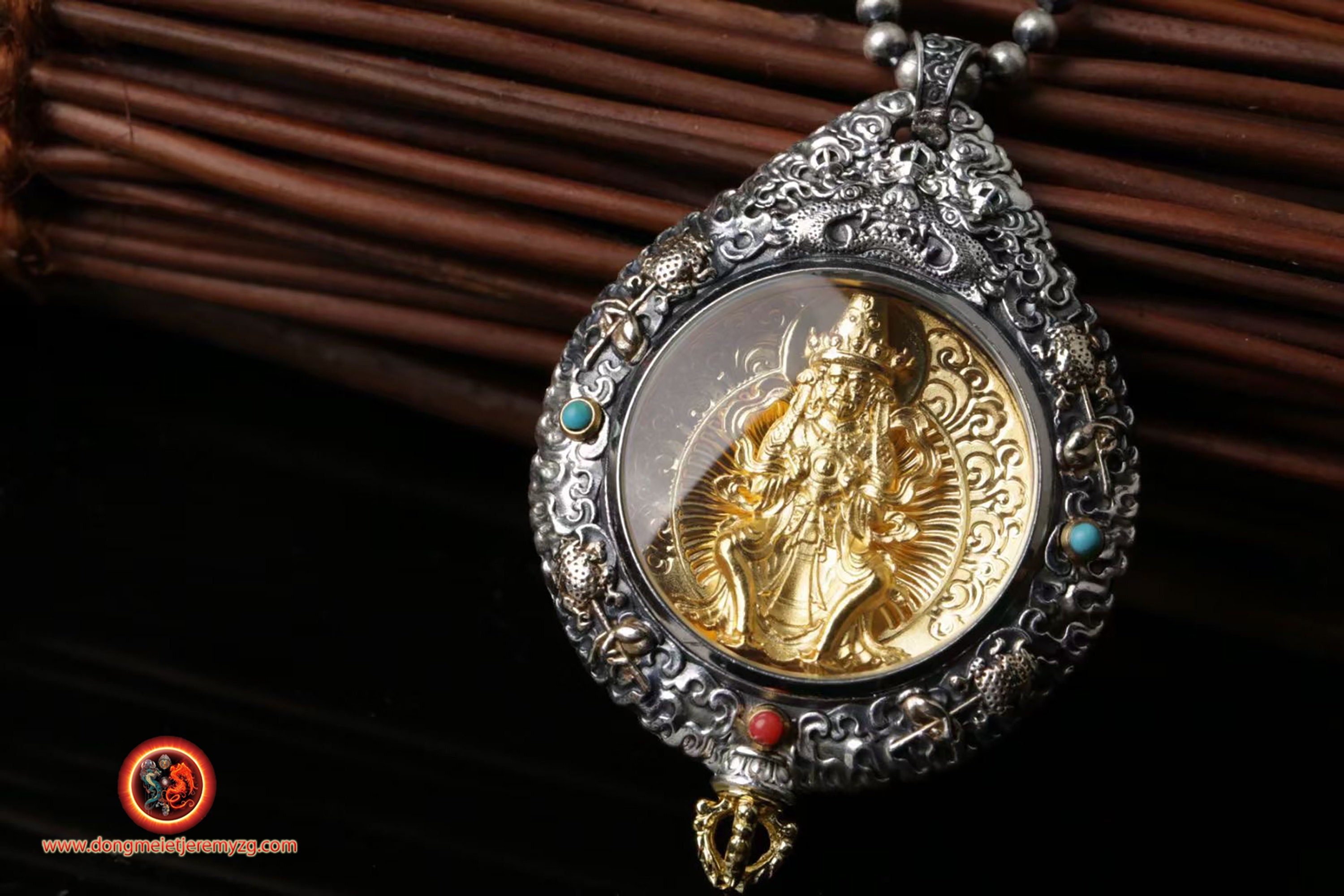 Wheel of life on the back, rotating thanks to a precision ball bearing system developed in Germany

Video available via this link
https://youtu.be/NYgQpDdv180

Zakiram was originally a Han princess, who returned to Tibet with a Tibetan monk and became a well-known god of wealth.
According to legend, a long time ago, a monk from Chezhatang from Sera Monastery went to Wutai Mountain to make a pilgrimage.
At the same time, a beautiful concubine in the imperial palace of the capital was poisoned.
His soul hovered for a long time in the imperial palace. She wanted revenge.
The whole palace panicked.
The Qianlong Emperor learned that the monk had arrived at Wutai Mountain and went there personally. When the monk arrived at the palace, he found the soul of the concubine hovering and crying in the palace. The eminent monk Ruding communicated with the tormented mind.
He told the emperor what had happened.
The emperor severely punished the criminals and asked the monk to recite the sutras for her.
After that, the monk was about to leave, but on the way back, he discovered that the spirit of the concubine ke was following and expressed his wish to return to this world
The compassionate master, moved by the spirit, agreed to bring her back to Lhasa.
When you see the golden dome of sera monastery, tudao female masters cannot enter the monastery and can only stay in Zaki.
You can build a place here to accept the support of the local population. The woman nodded as a thank you. Then the spirit remained in "Zaki",
the master returned to sera monastery and told patriarch Chezhakang about his journey.
The elder congratulated him and agreed to build a small temple for this Chinese woman Han in order to protect this woman.
For her statue, a great ceremony took place, and she was named "Zakiram".
In Tibet, every Wednesday is a good day to worship Zajiram. On that day, people bring white wine and Hada, one by one, to Tianmu, praying for prosperity and wealth.