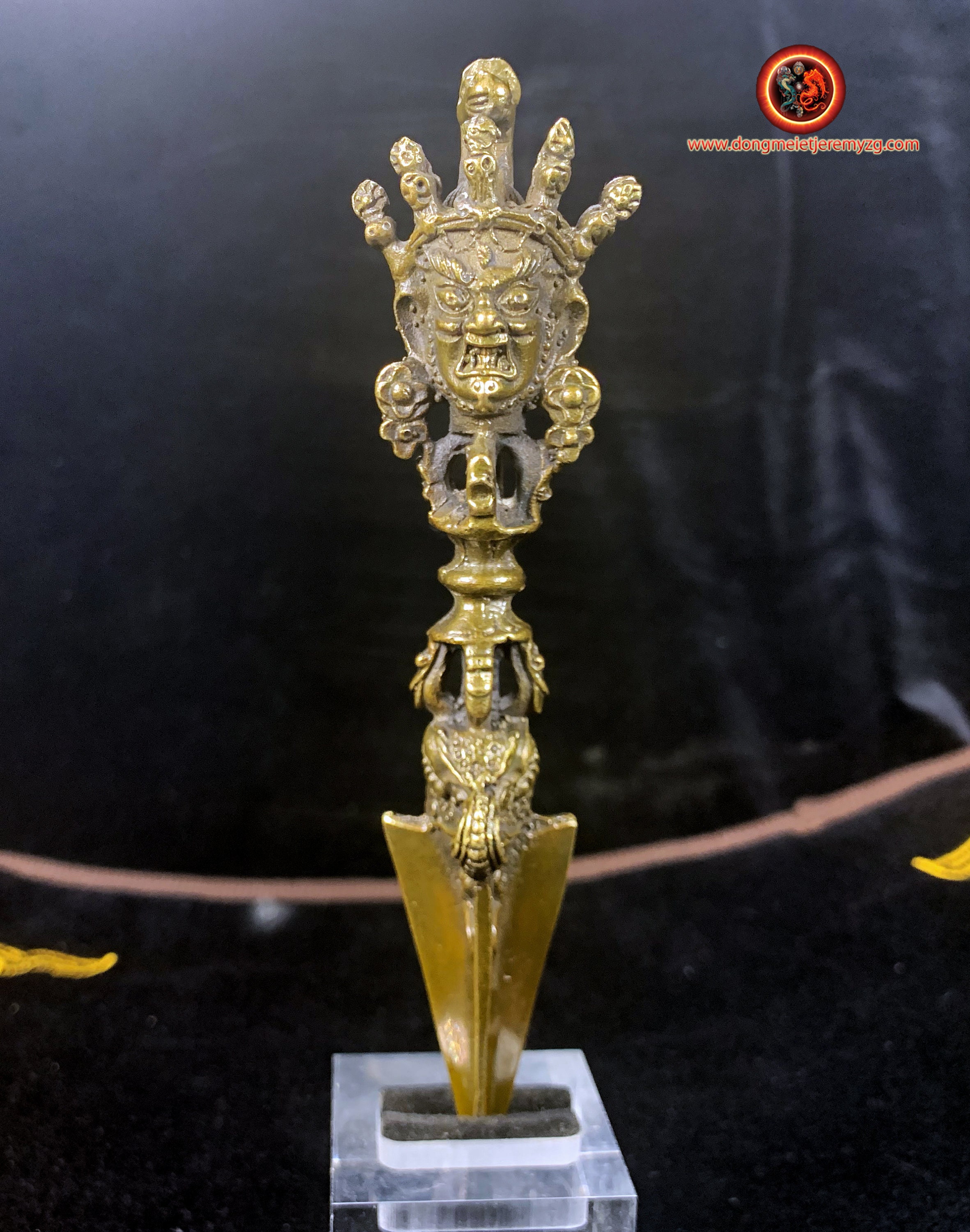 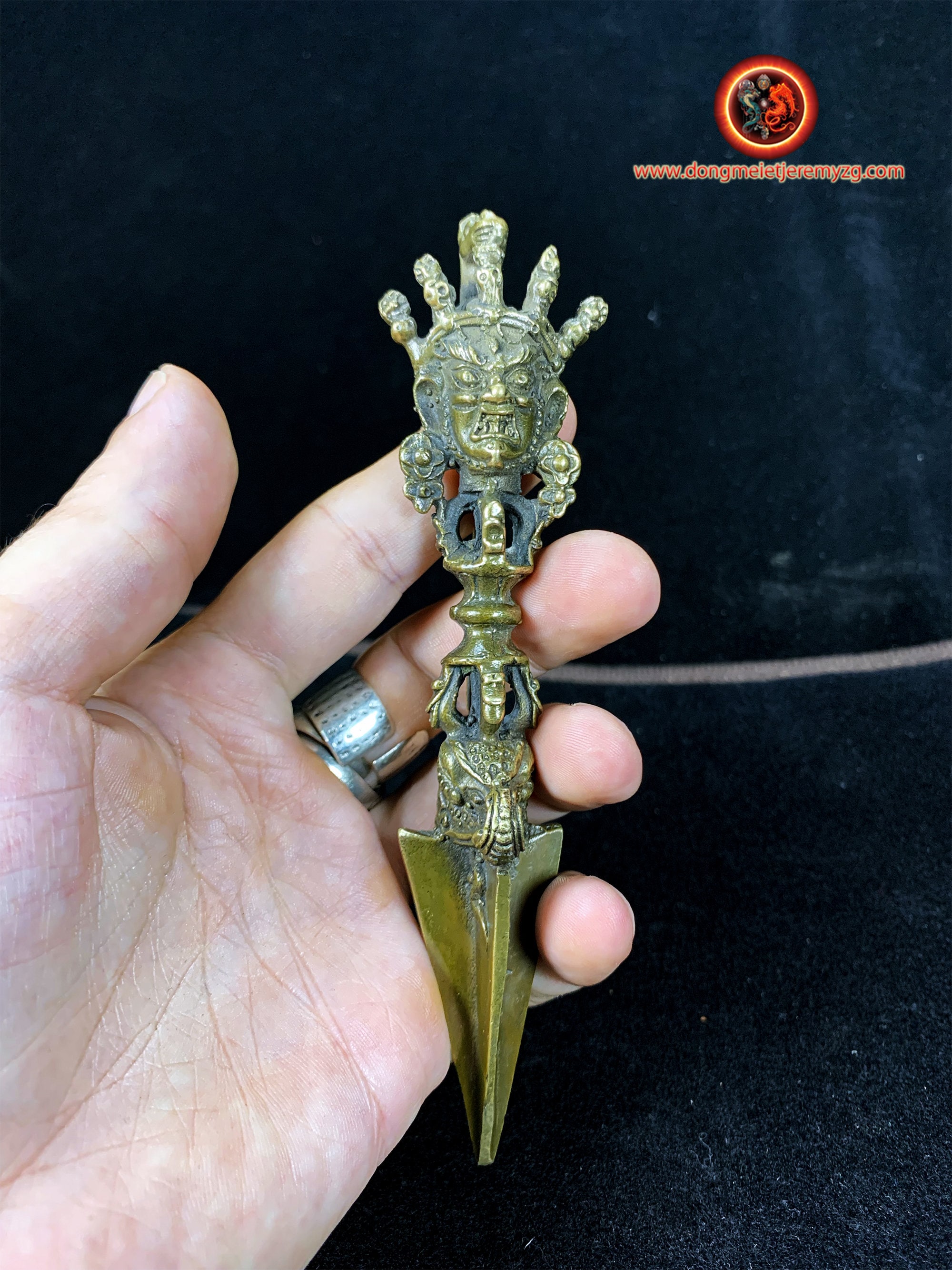 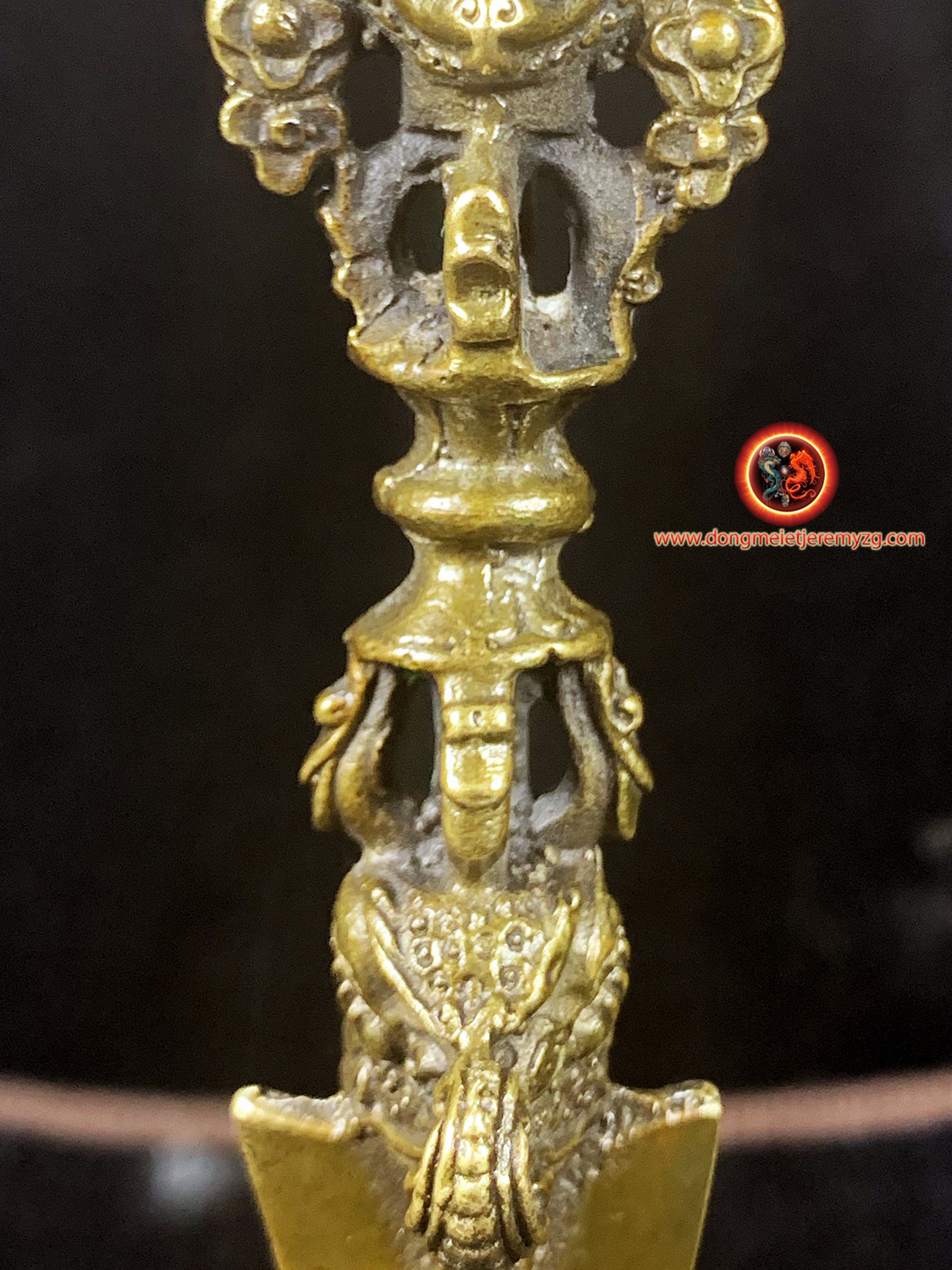 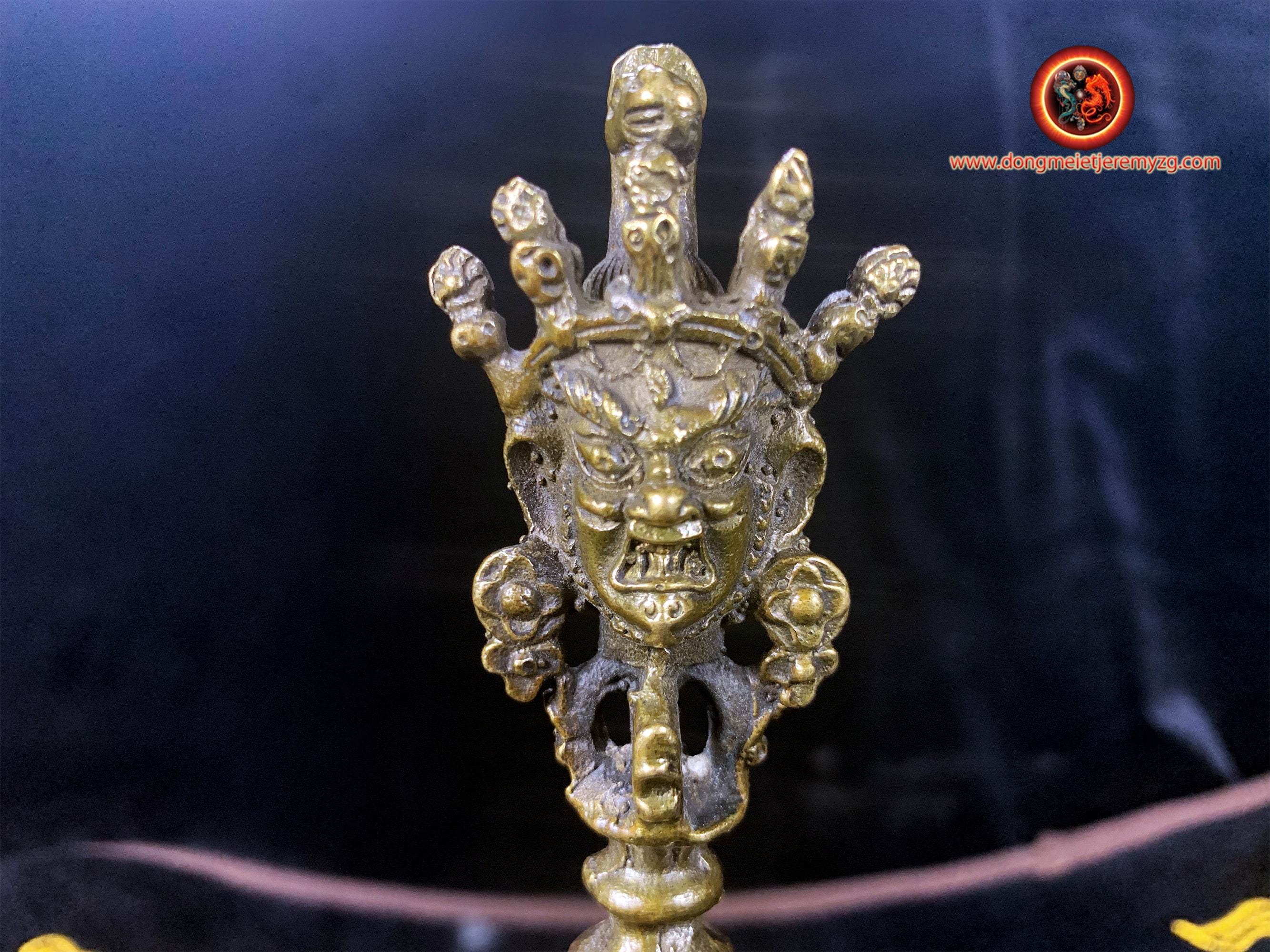 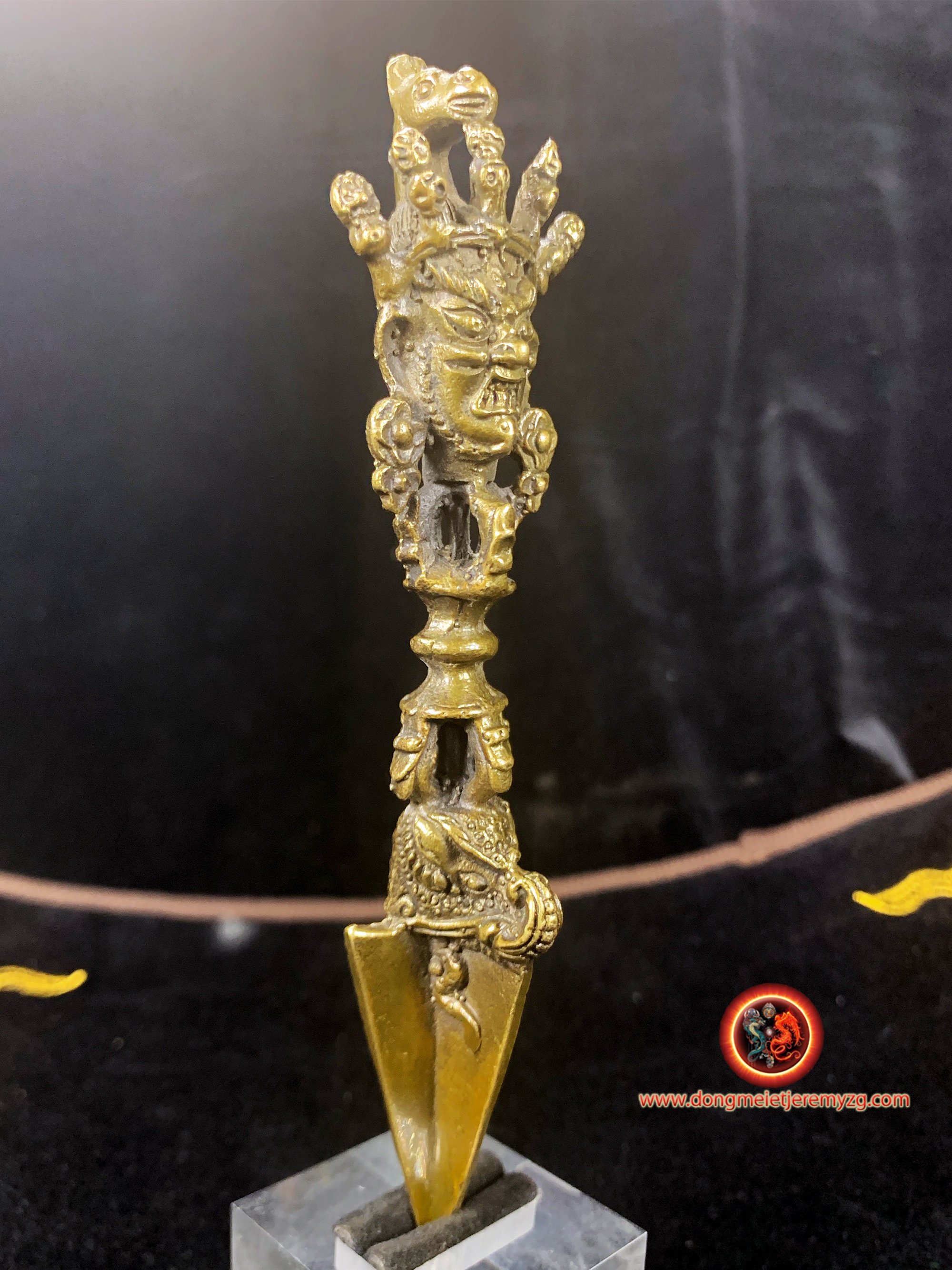 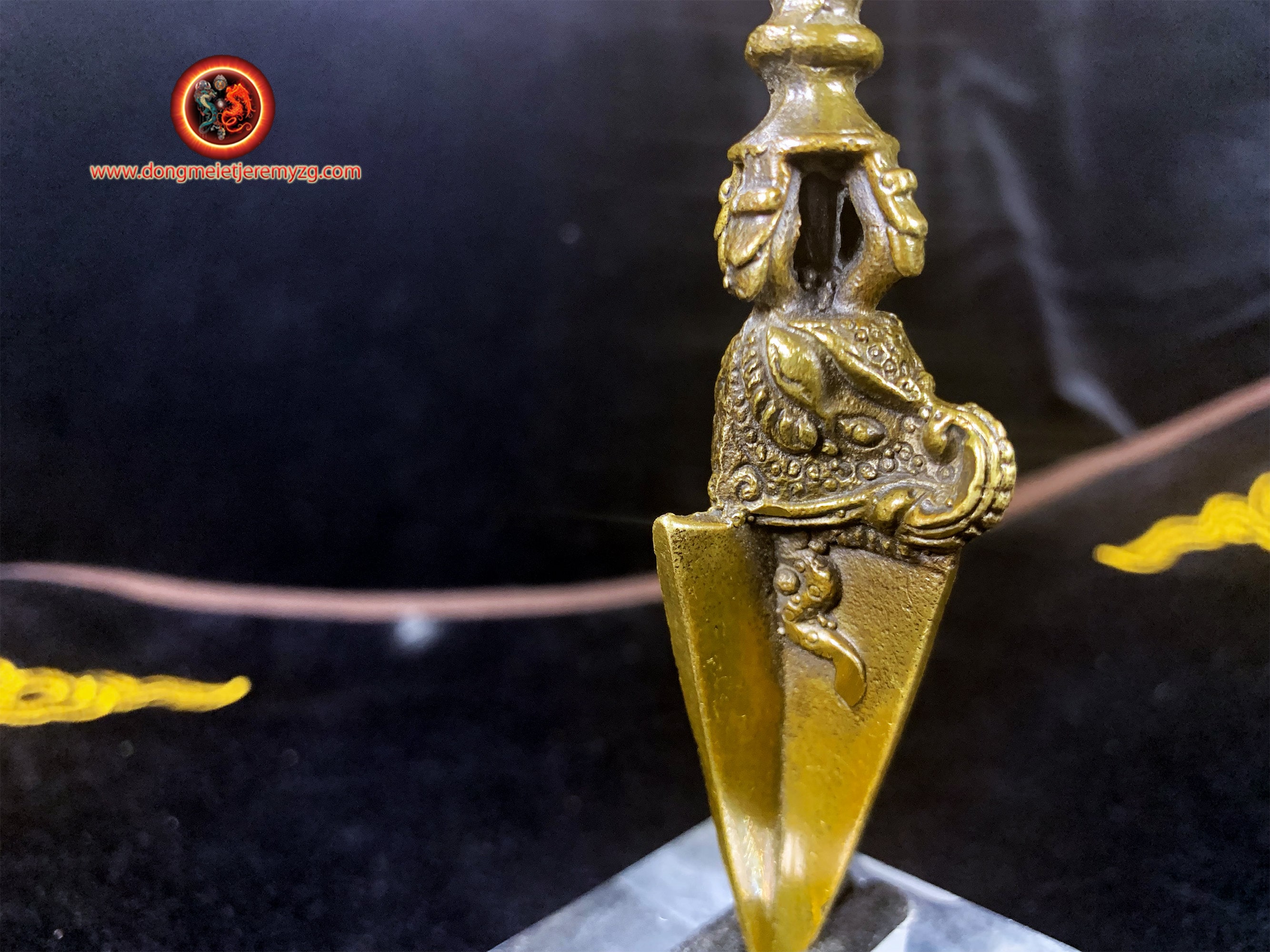 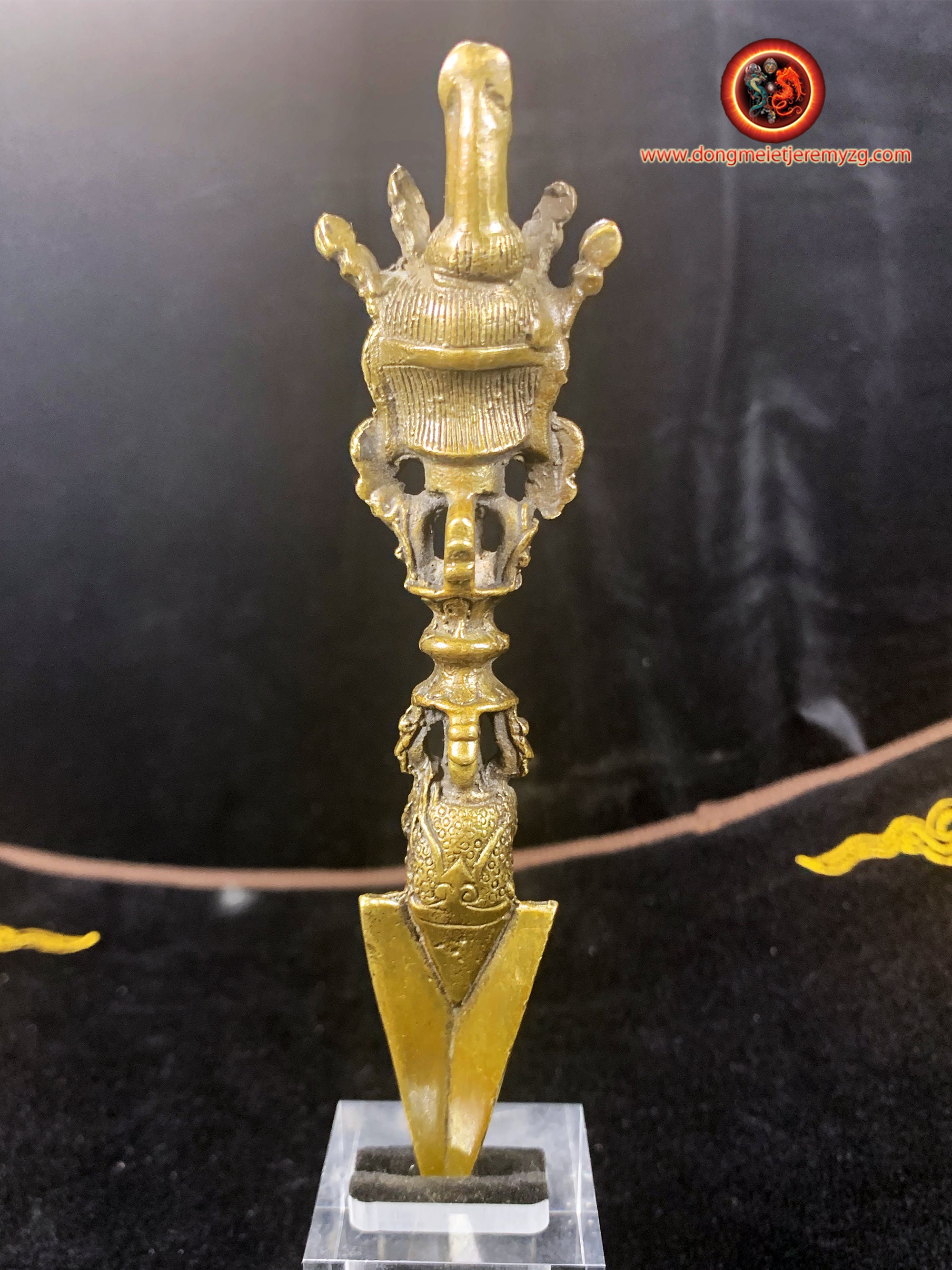 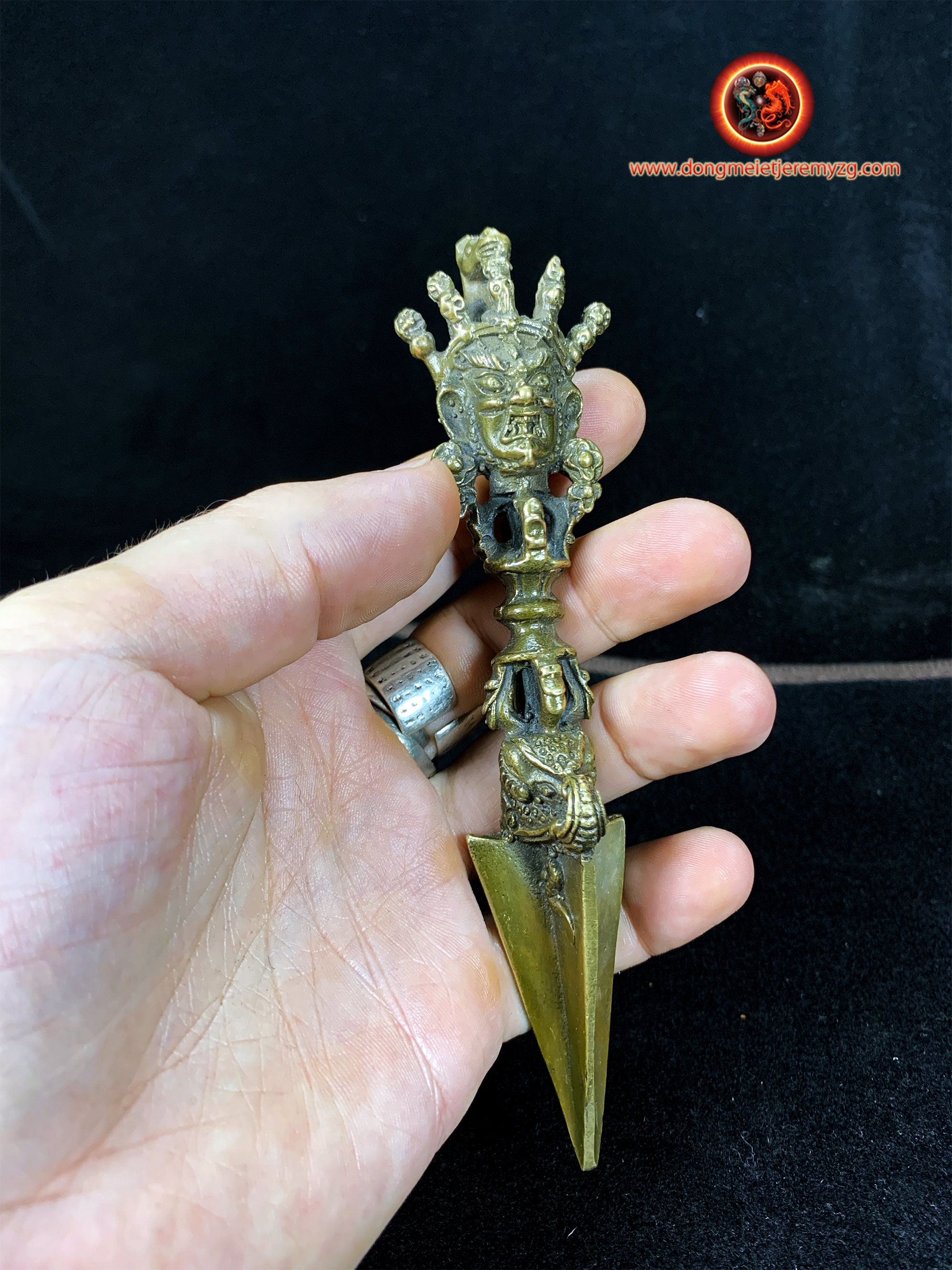 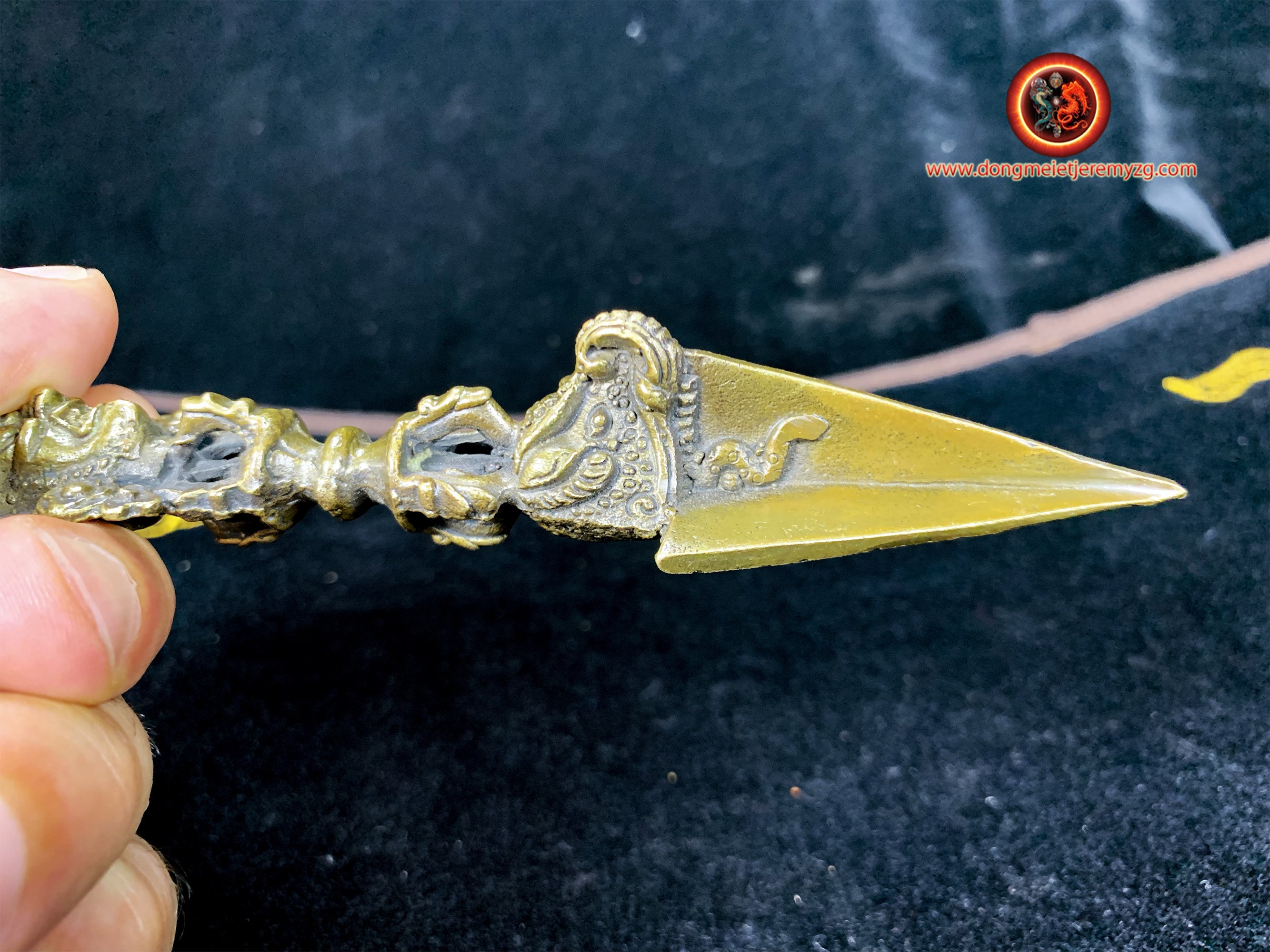 Video of the phurba available via this link
https://youtu.be/QvyXFth0be8

Representation of Mahakala on the pommel of Phurba


Called the "Great Black", Mahakala is peculiar to Tibet and is called Mong-po, and was accepted as a tutelary deity of Mongolia in the seventeenth century under the name of Yeke Gara, under Tibetan influence.