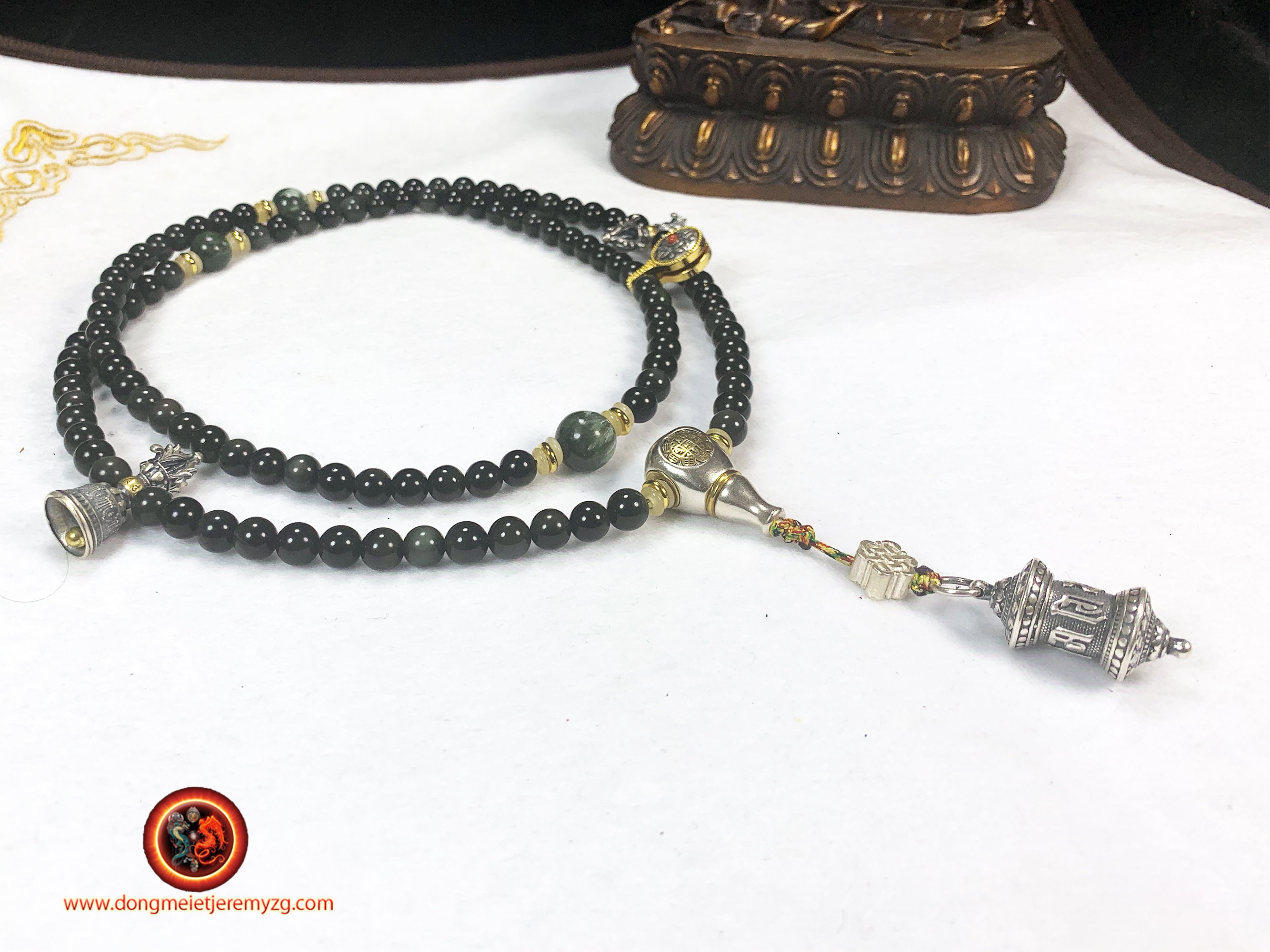 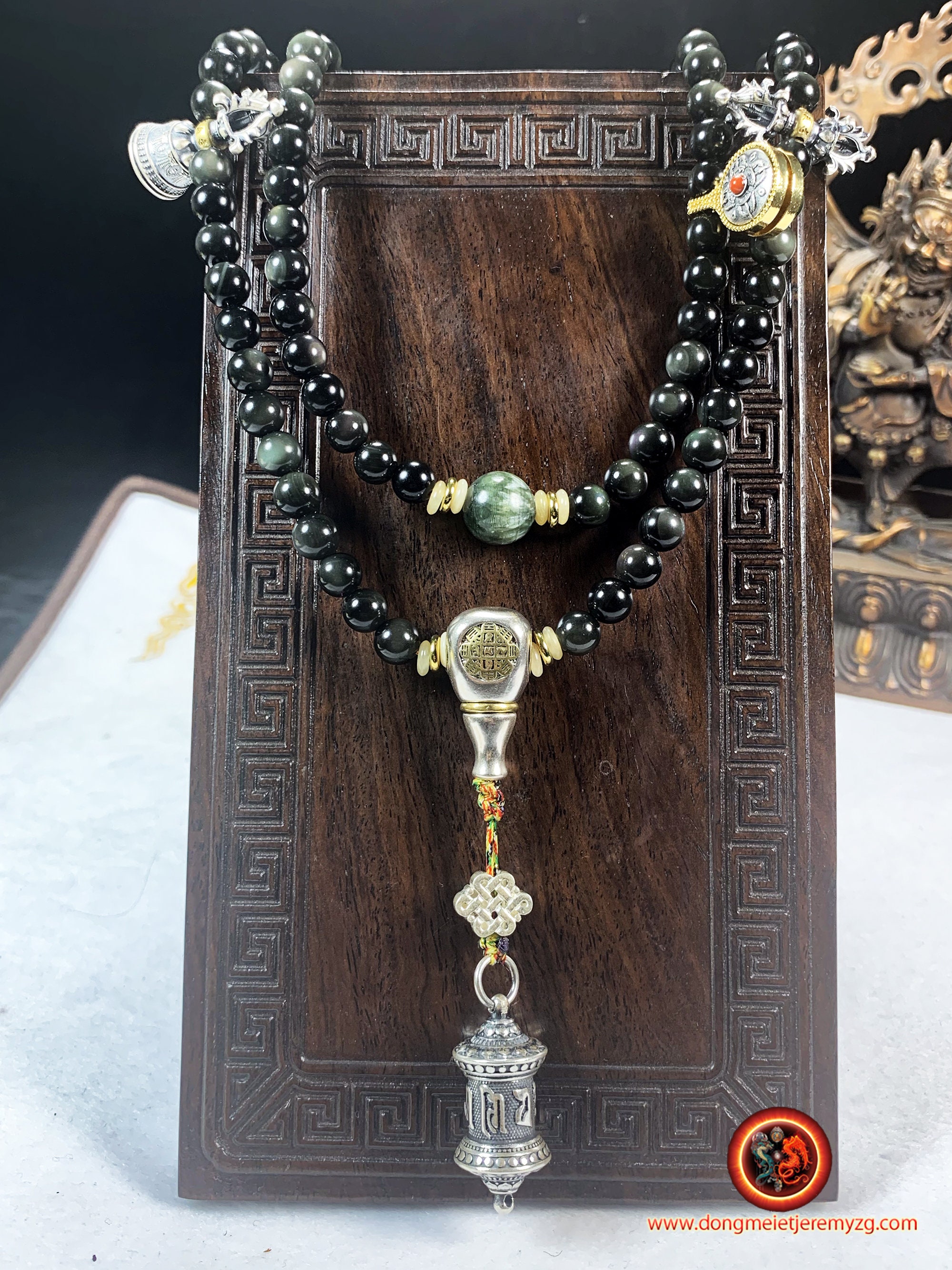 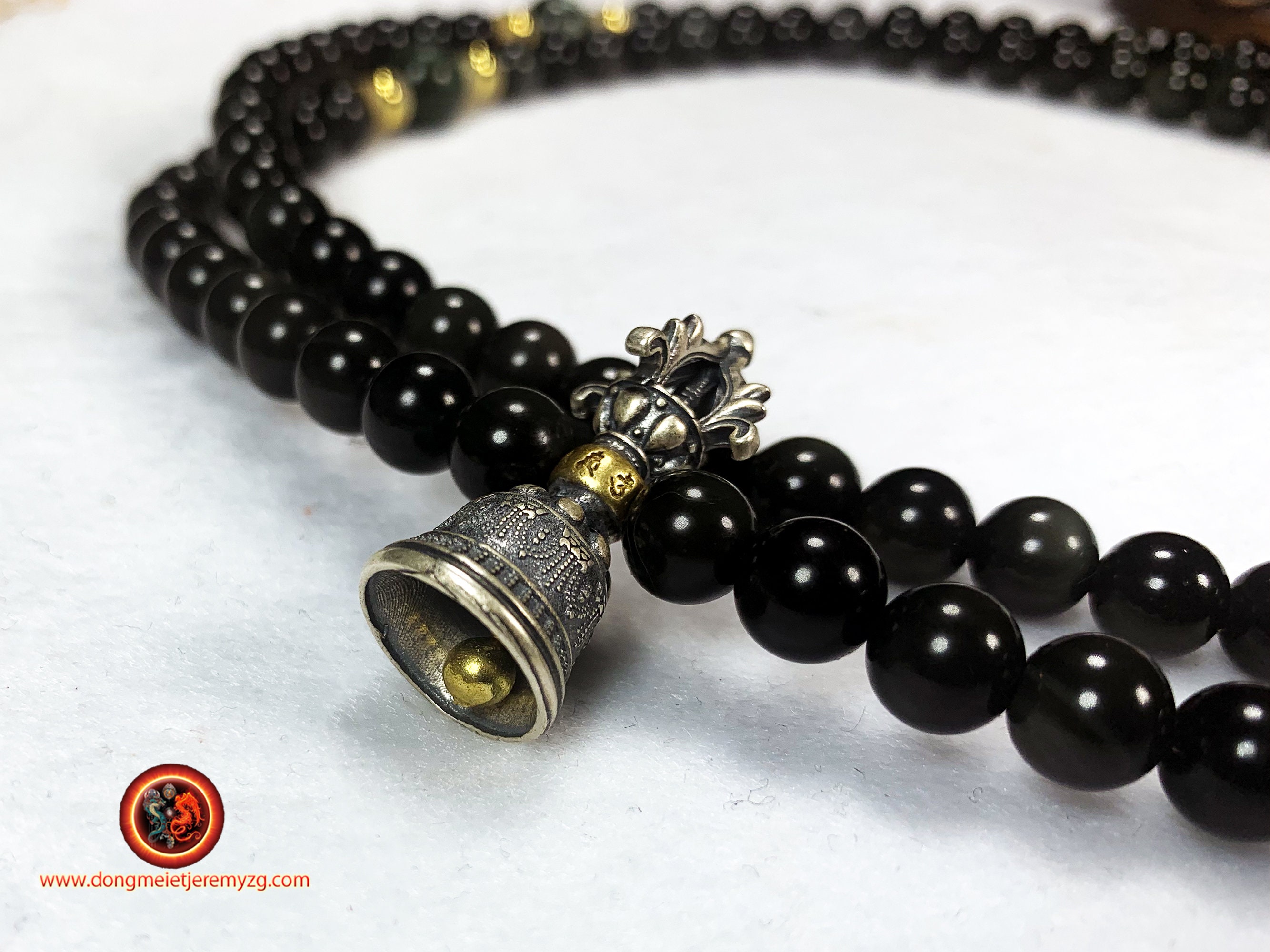 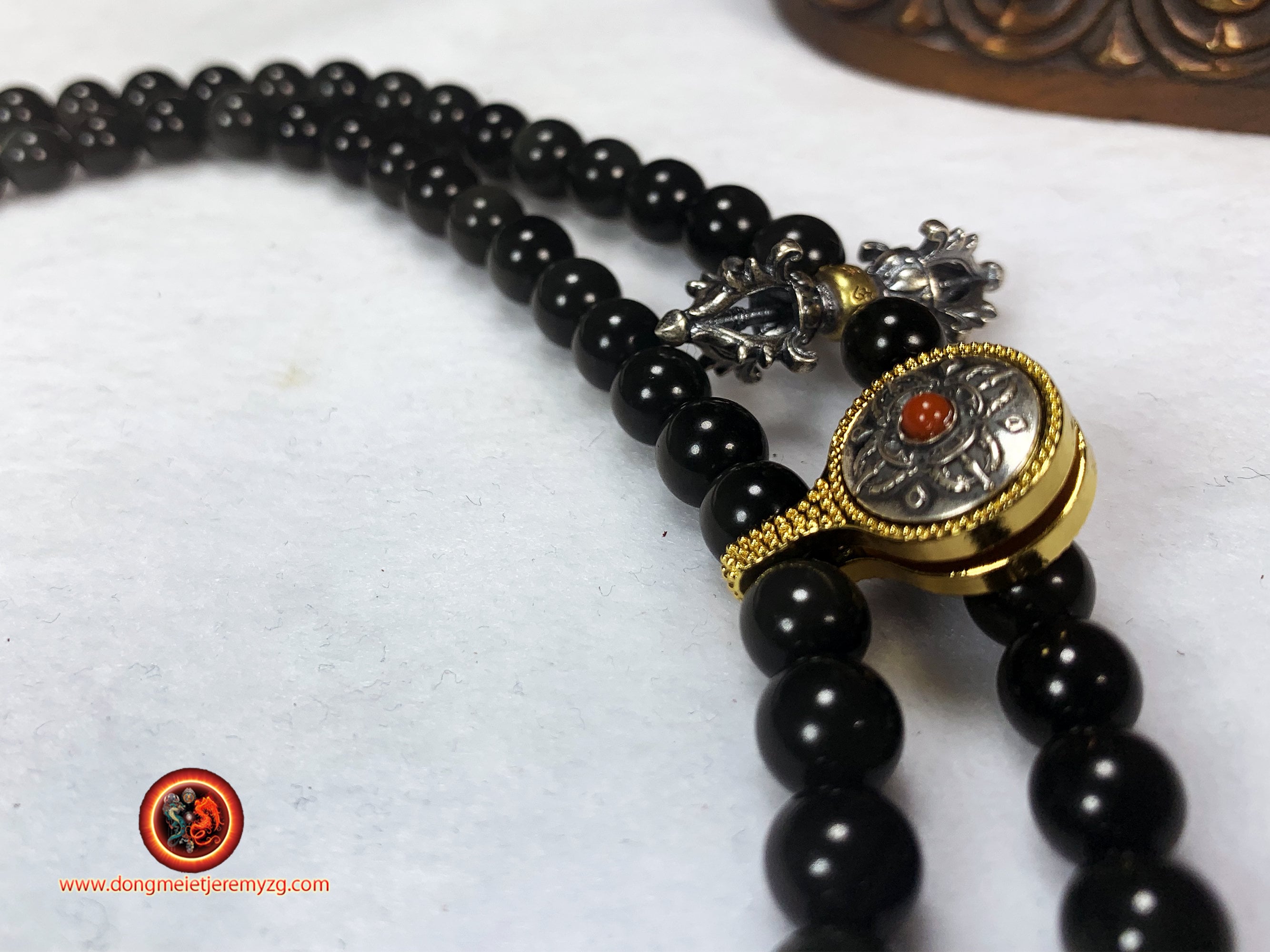 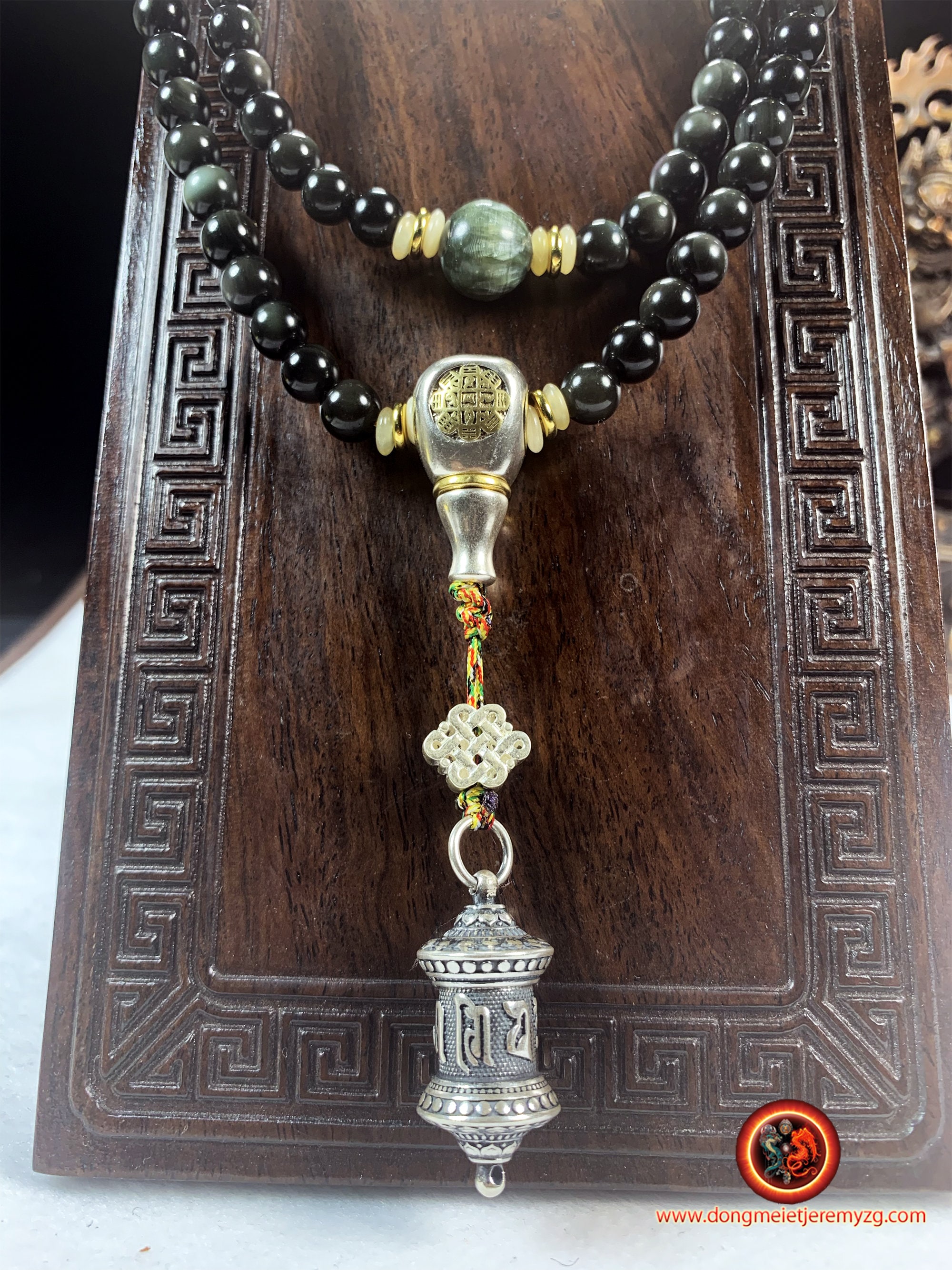 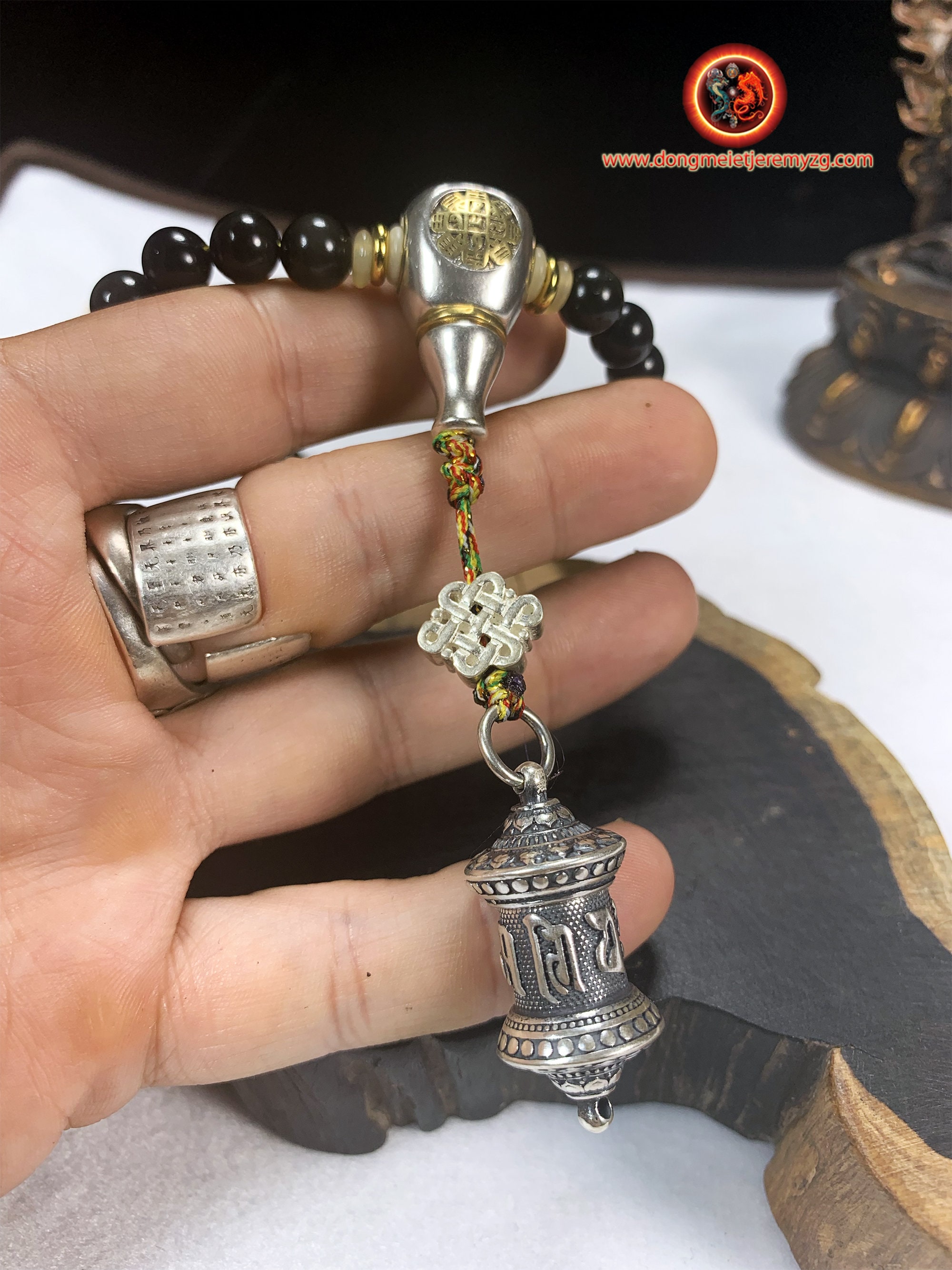 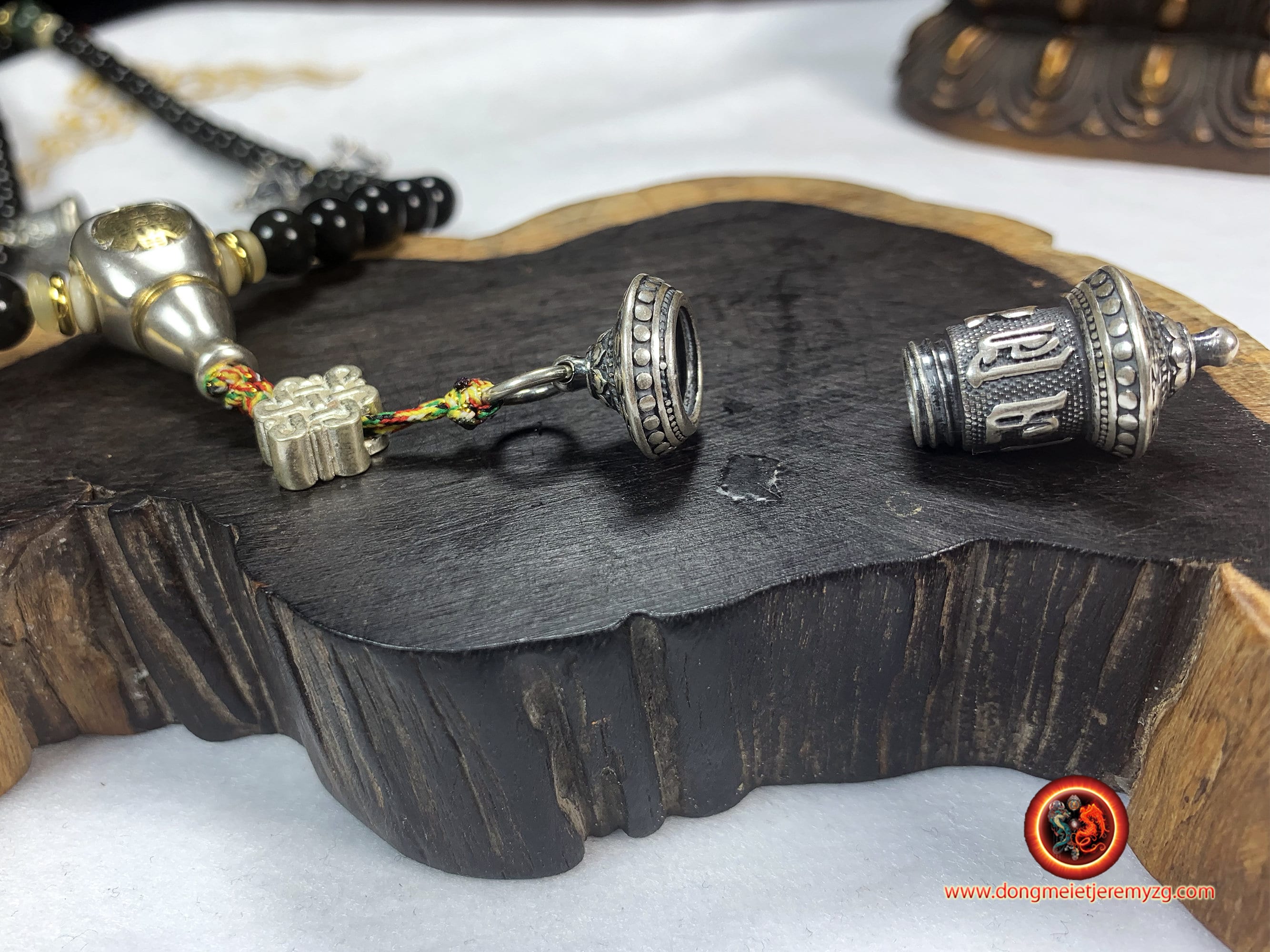 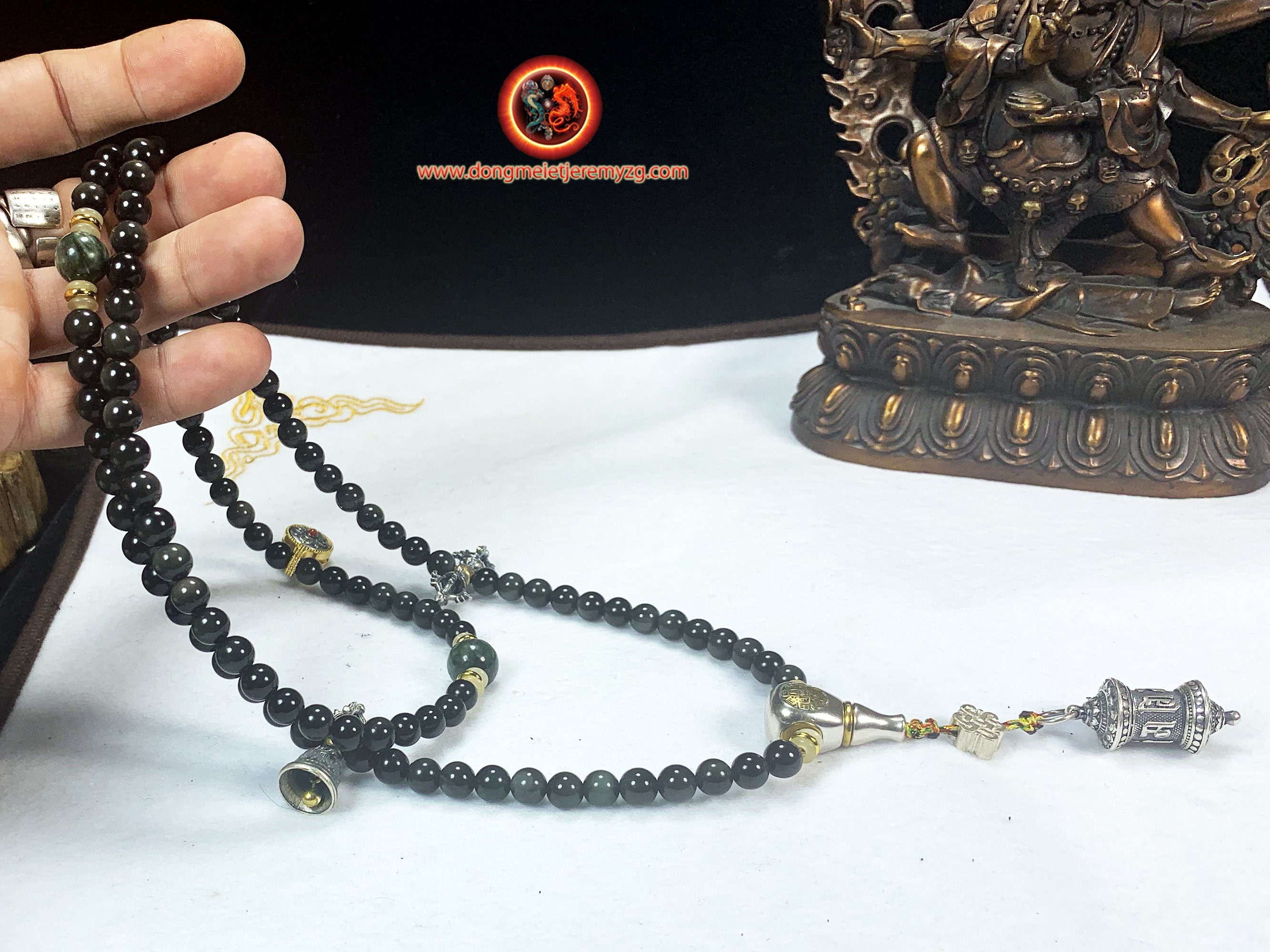 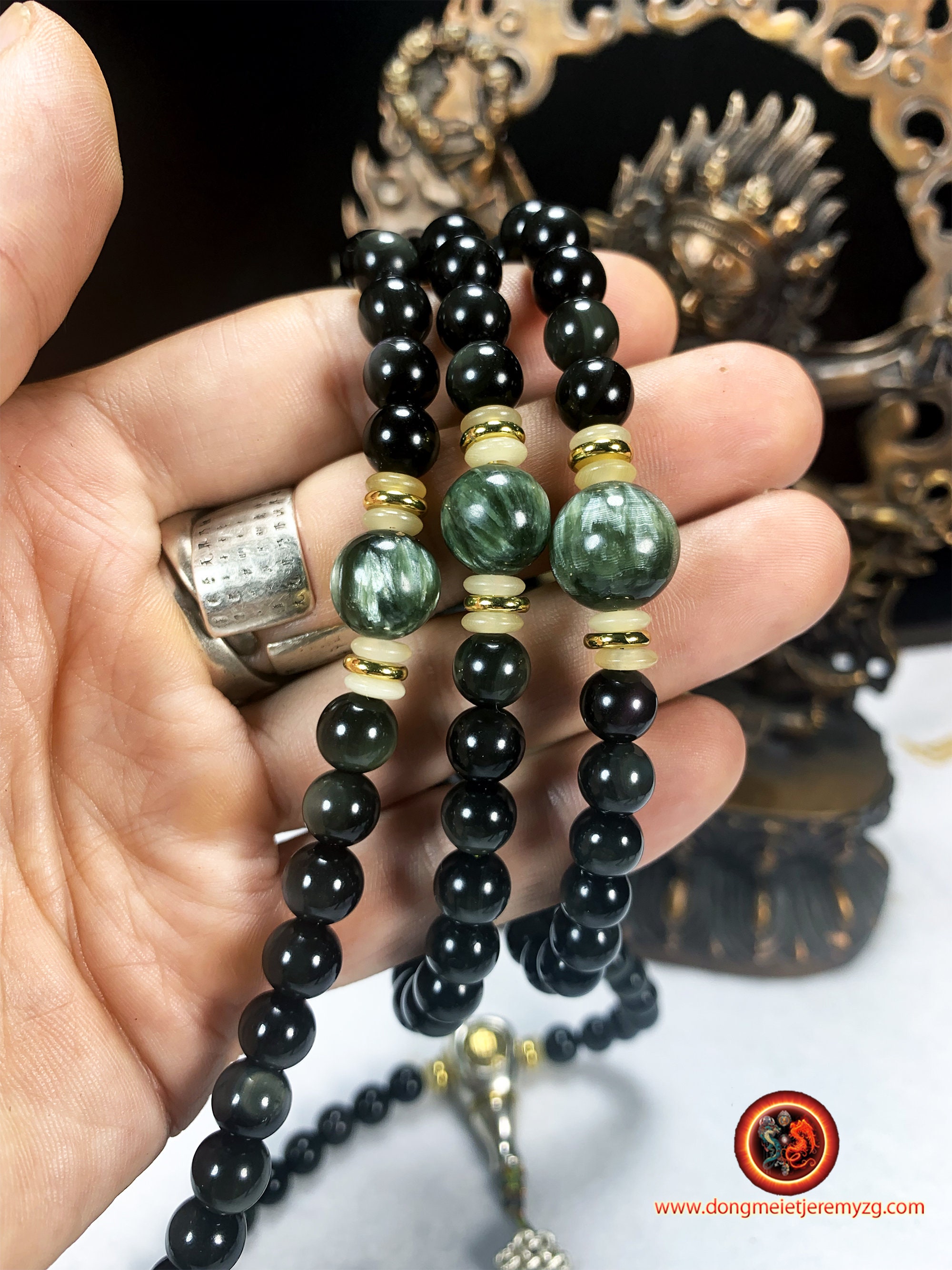 A traditional pin has also been added. This pin a mala is used to place it where the practitioner left off to resume his practice afterwards.
It is composed of silver 925, turquoise copper and agate called "nan hong" (southern red).
Tibetan double dorje are also engraved on the two central parts of the pin.
The two central parts rotating on both sides thanks to a high-precision ball bearing system

Also on this mala the bell or drillou in Tibetan and the vajra or dorje in Tibetain are present and are composed of silver 925 and copper.

Above the reliquary in finish is a knot of Buddhist infinity in silver 925
The Tibetan Endless Knot or Infinite Knot is a Buddhist symbol that represents the movement of what is eternal, intertwined spiritual paths and time. The form of the Endless Knot is evocative of wisdom and compassion in Tibetan Buddhism. The top and bottom of the symbol symbolize the interaction of opposing and two-strong forces, which eventually come together and unite in the universe. The Tibetan infinite knot also represents the inseparability of the Void and the reality of existence. Finally, since the Knot has no beginning or end, it is also defined as the Wisdom of Buddha.

Finally the reliquary in finish, is in the form of a Tibetan prayer mill and is opened to put prayer scrolls or mantras inside.
Reliquary dimension 50mm long by 17mm in diameter
Weight of 21 grams.
On this mill is engraved the mantra of compassion "om mani padme hum"
Om mani padme hum (derived from Sanskrit, sometimes followed by a seventh syllable, hrih) is one of the most famous mantras of Buddhism. It means "The Jewel in the Lotus".