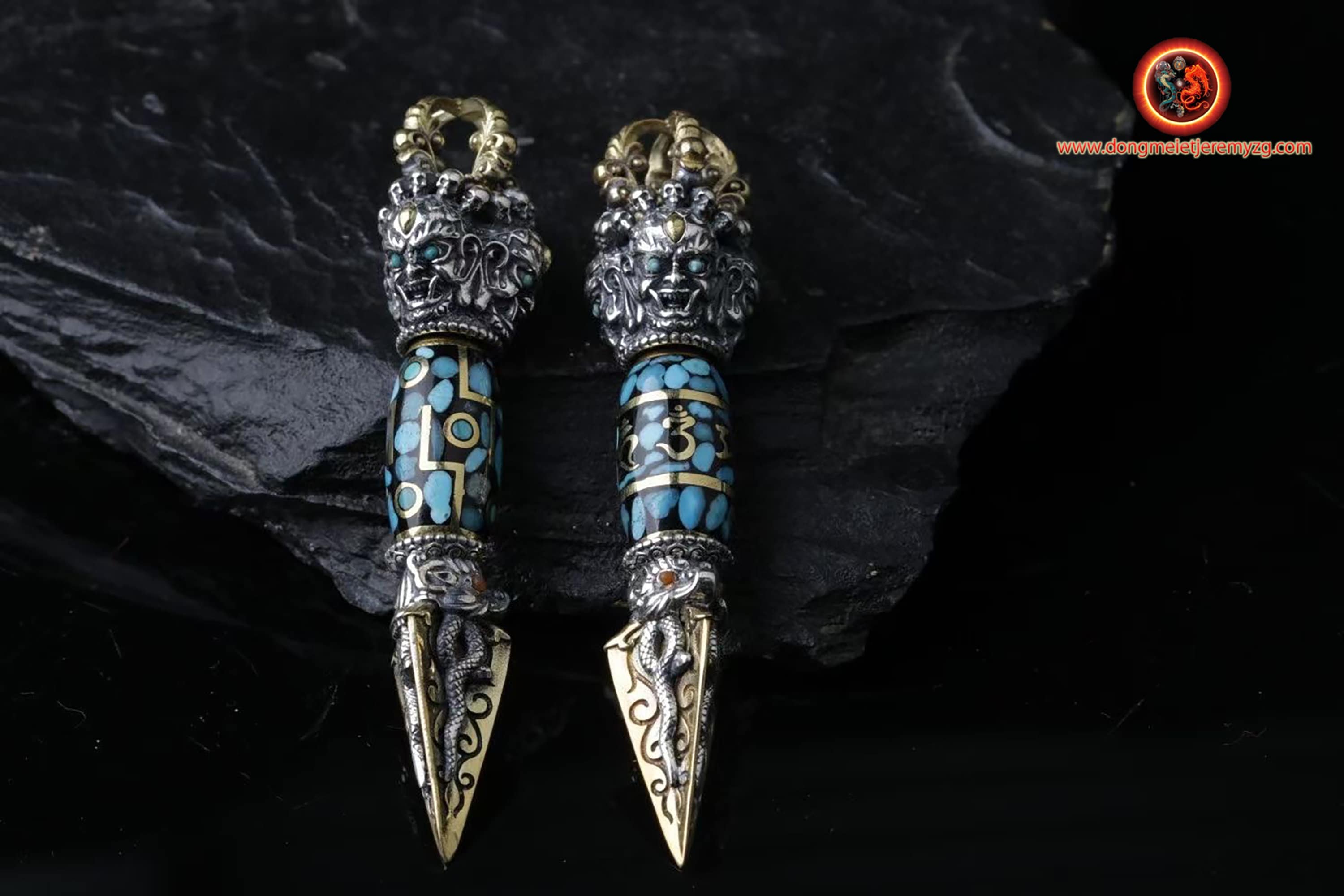 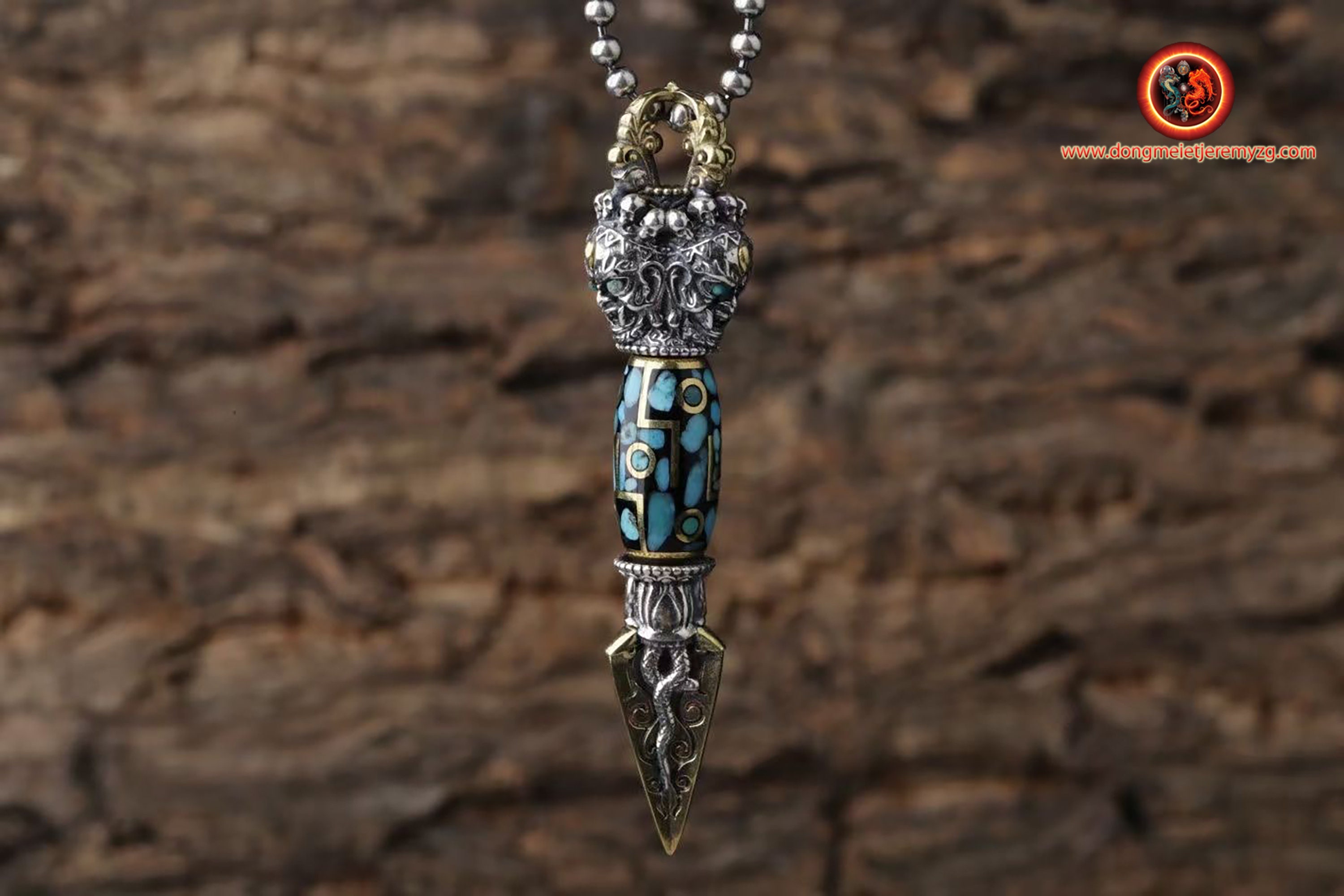 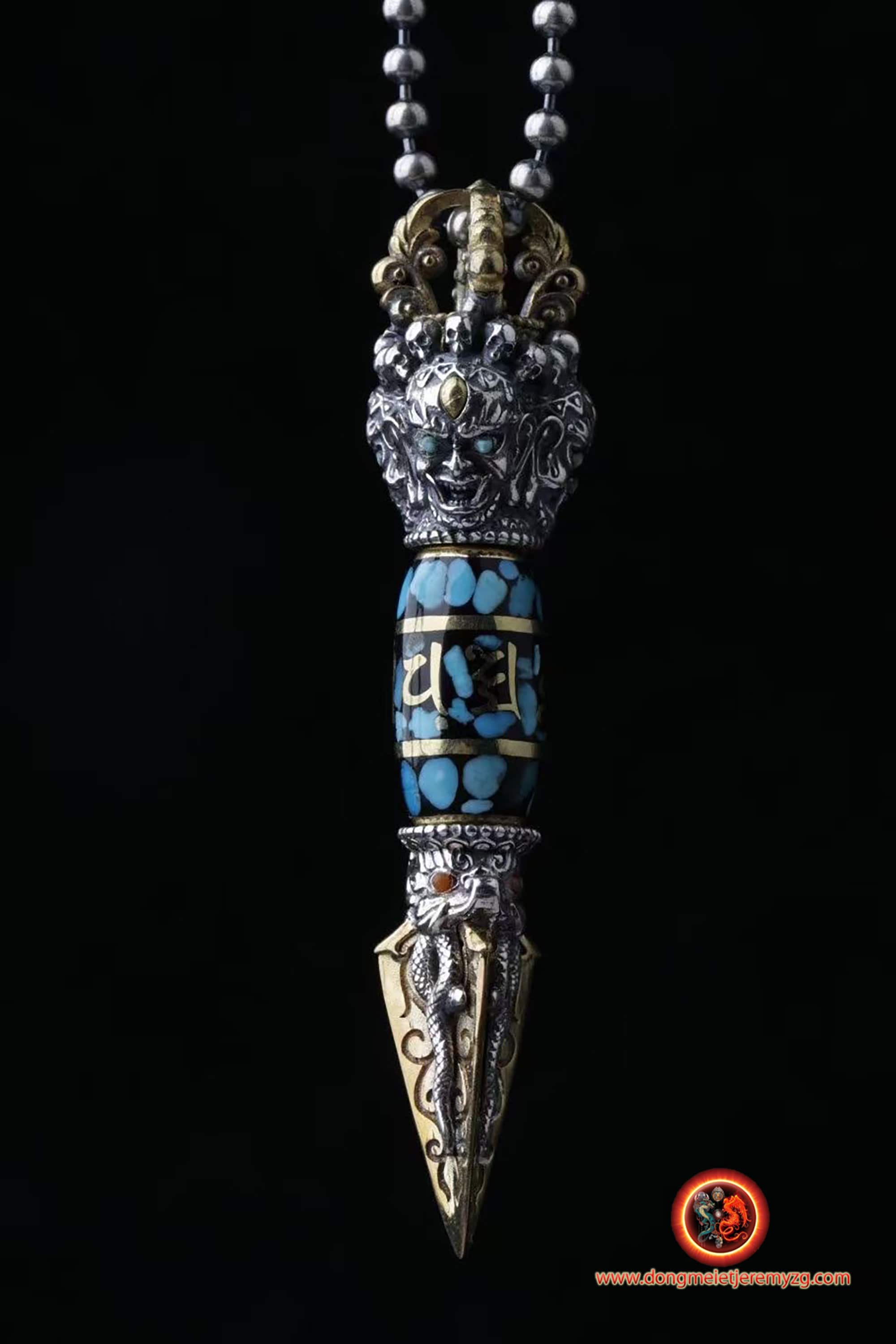 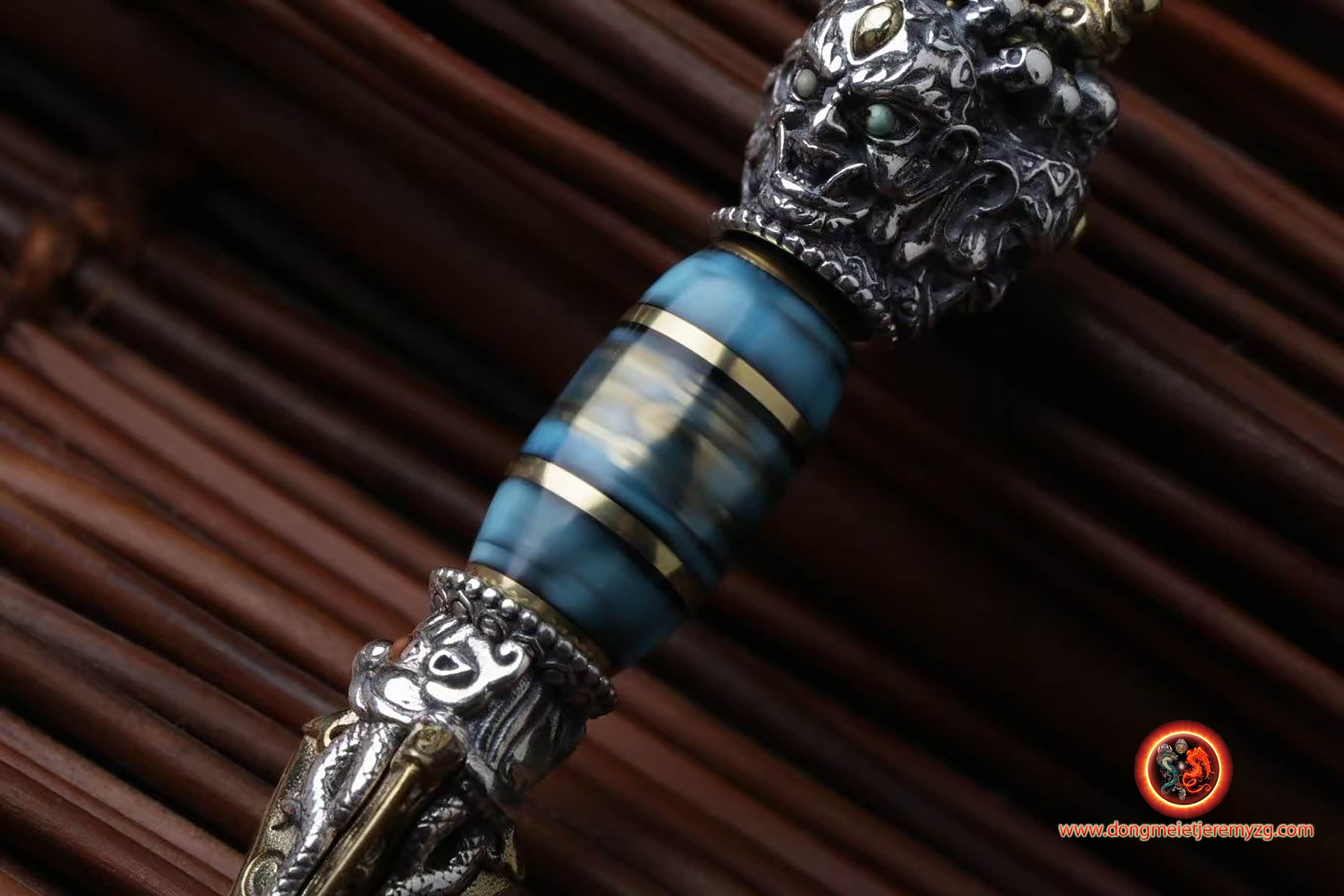 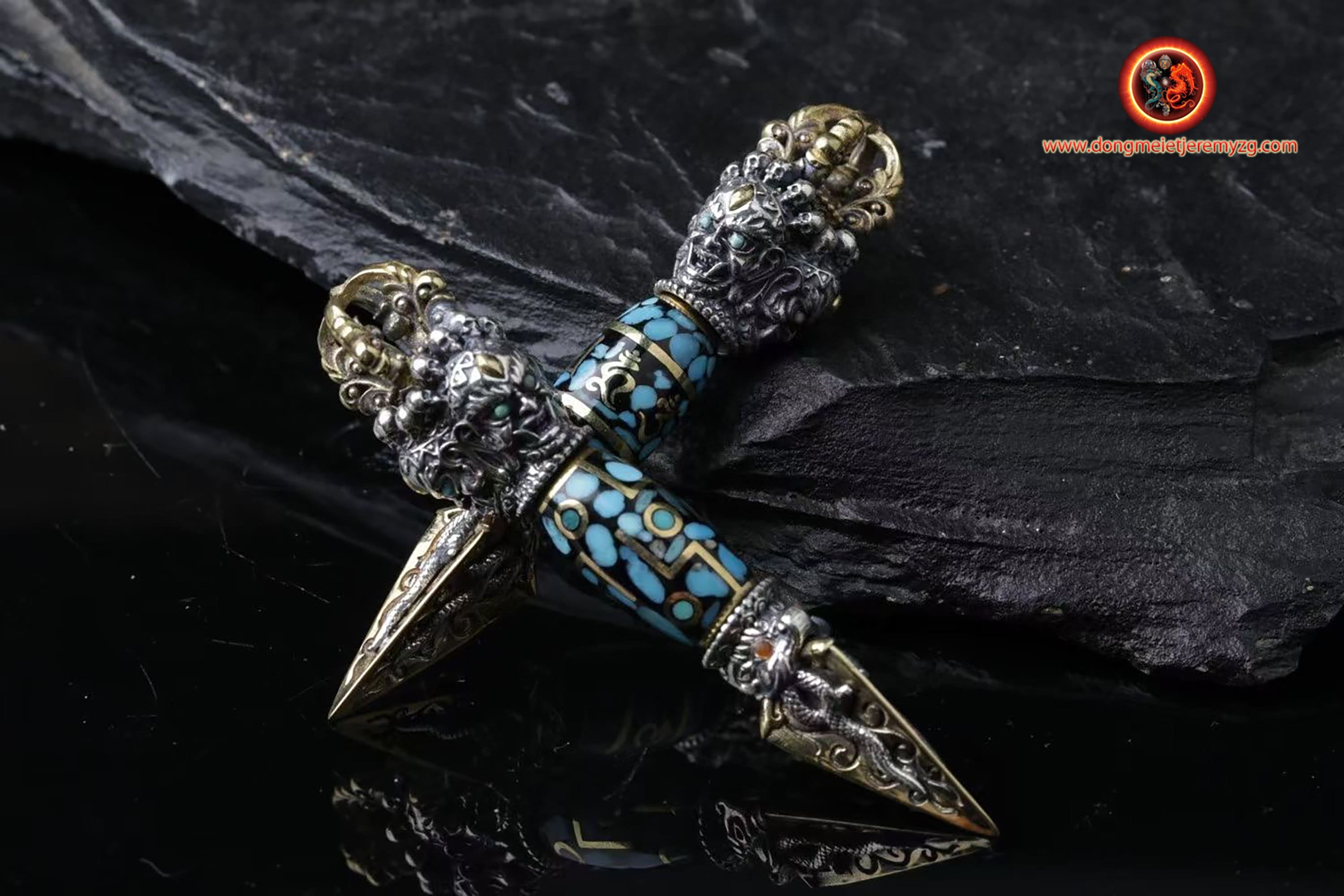 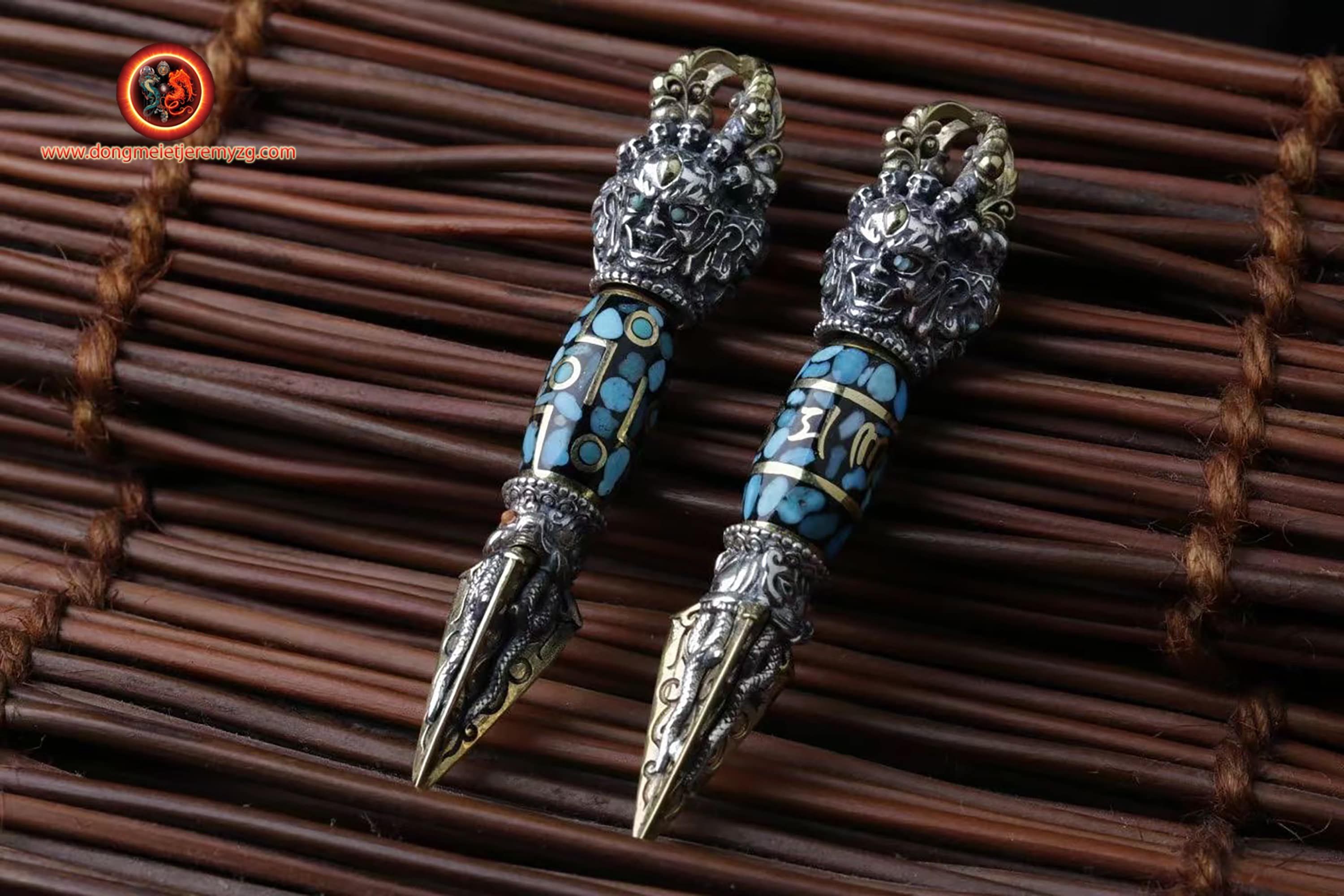 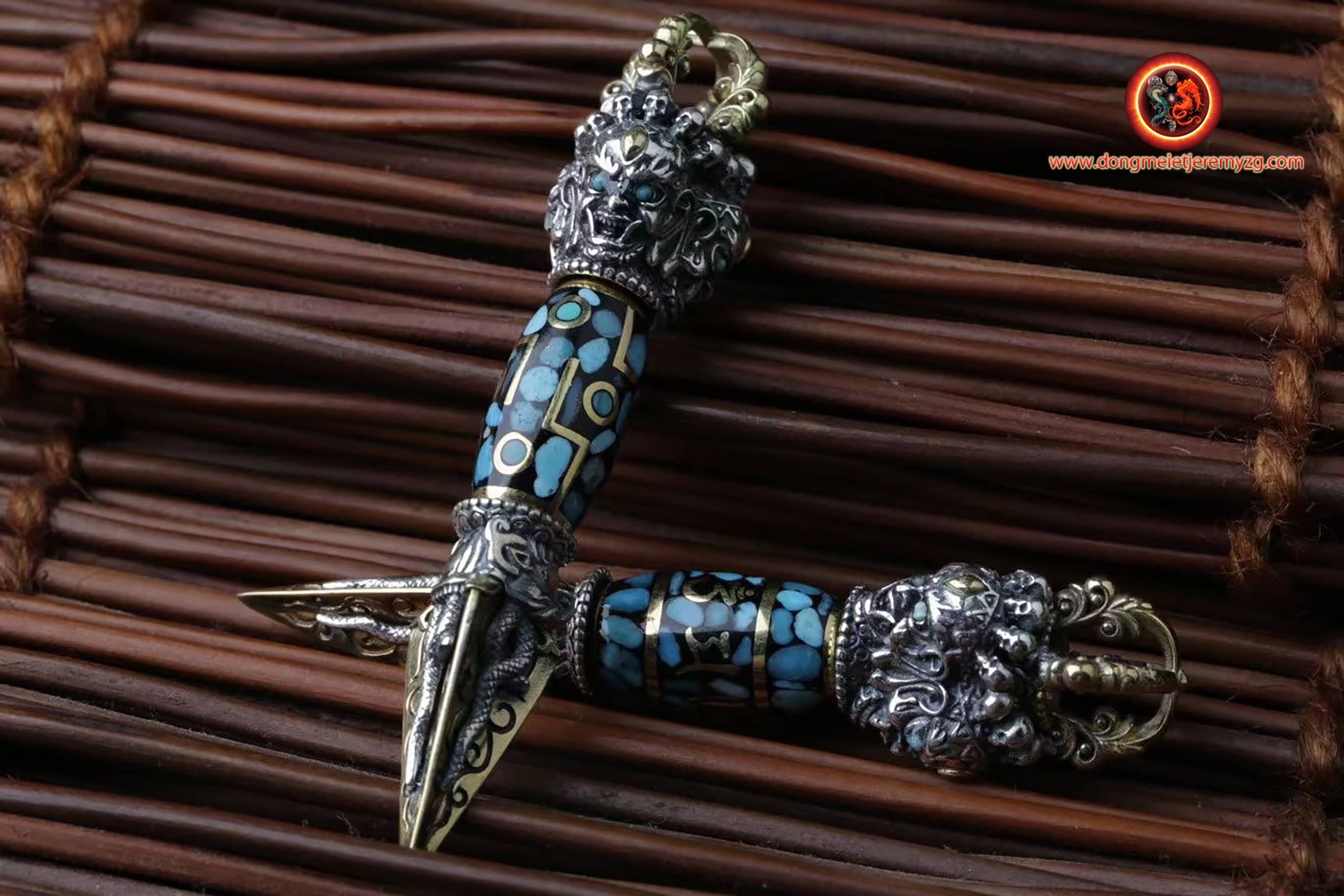 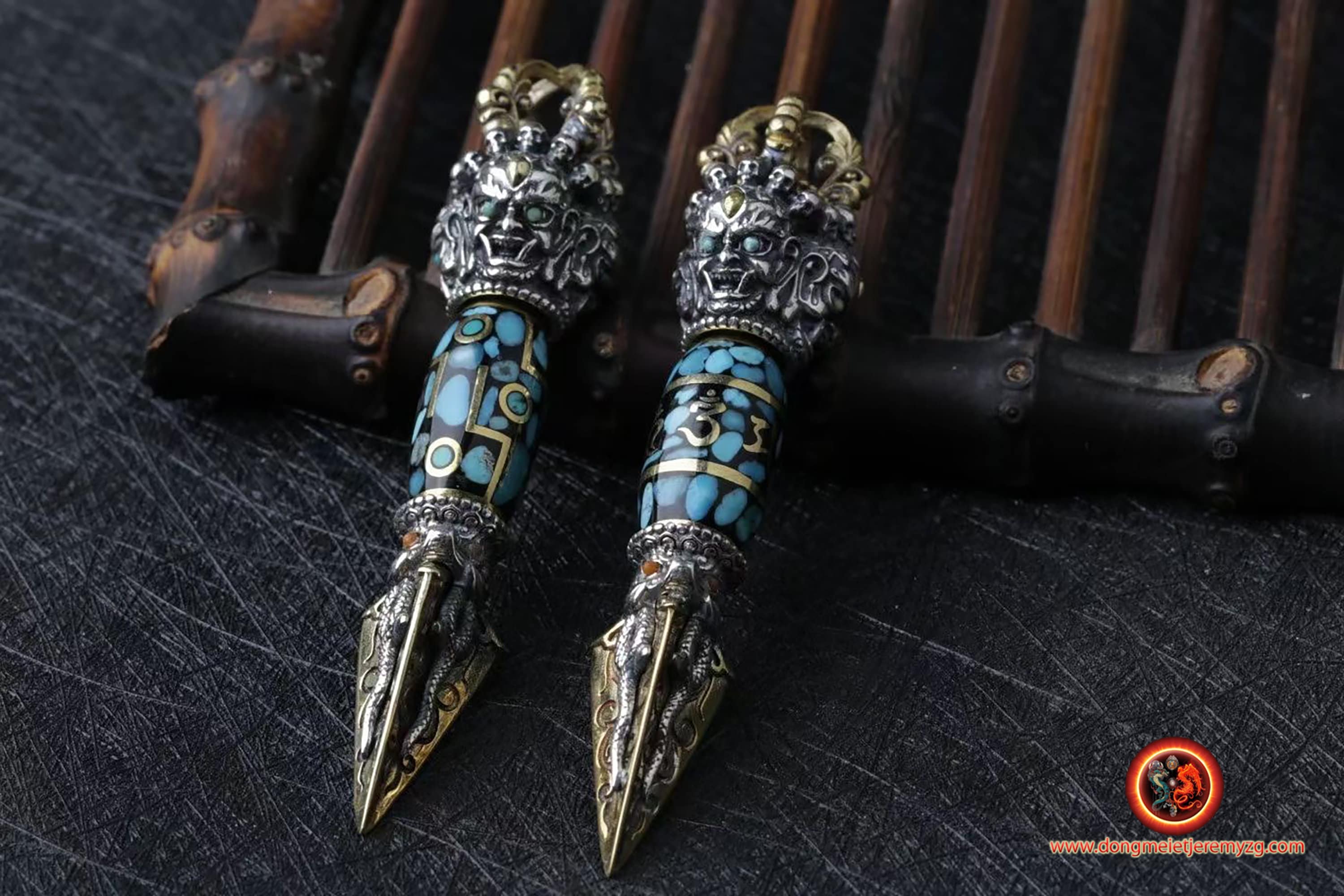 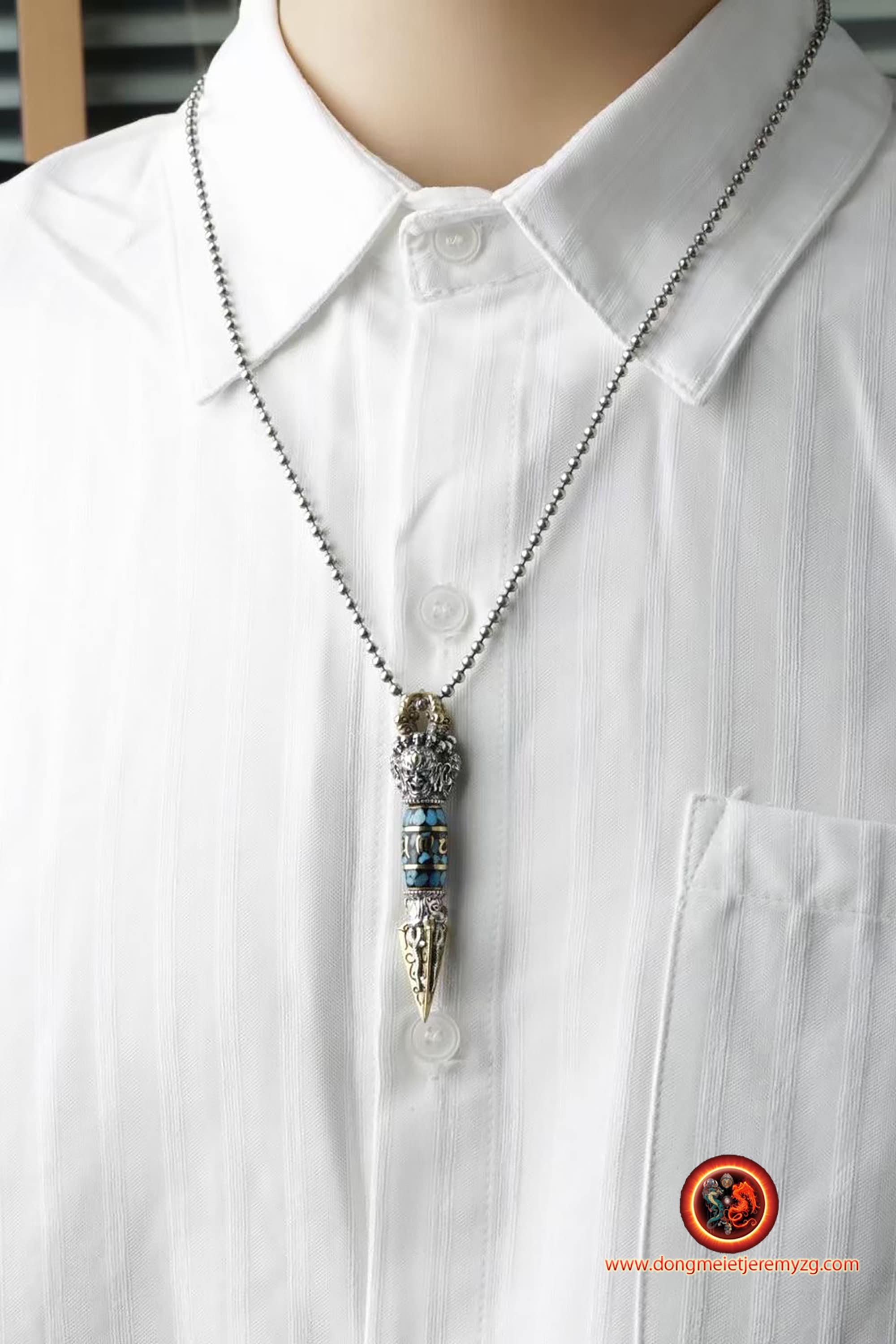 Tibetan sacred agate inspiration, DZI rotating thanks to a precision rotating ball bearing system elevated in Germany
The choice of mantra of compassion "om mani padme hume" or DZI with 9 eyes.
In the Tibetan tradition, reciting the mantra of compassion or spinning it brings protection and health as well as compassion to the 4 corners of the universe.

The Dzi of the 9 eyes helps its owner to enrich himself, and to expel evil and acts as a protector. The number 9 is highly symbolic since it represents the 9 planetary systems that provide wisdom and merit.

Video available via this link
https://youtu.be/Rn_elFze888

To discover our entire collection "Buddhist protections", please click on this link
https://www.etsy.com/fr/shop/DongmeietJeremyZG?ref=seller-platform-mcnav&section_id=23827698

It spreads two huge Adamantine wings with sharp edges, and bears the macabre ornaments of mass graves.
Diptachakra (tib; Khorlo Gedepma) offers him with his right hand a kapala (skull cup) filled with blood and from the left a kartika, or kartrika, a small ritual skinning knife in the shape of a crescent used in the. Tantric ceremonies of Vajrayana Buddhism. Kartari is said to be "one of the attributes par excellence of wrathful tantric deities". It is commonly referred to as the "knife of the dakinis". Its shape is similar to that of the Inuitsulu or women's knife, which is used for many things, including skin cleansing.