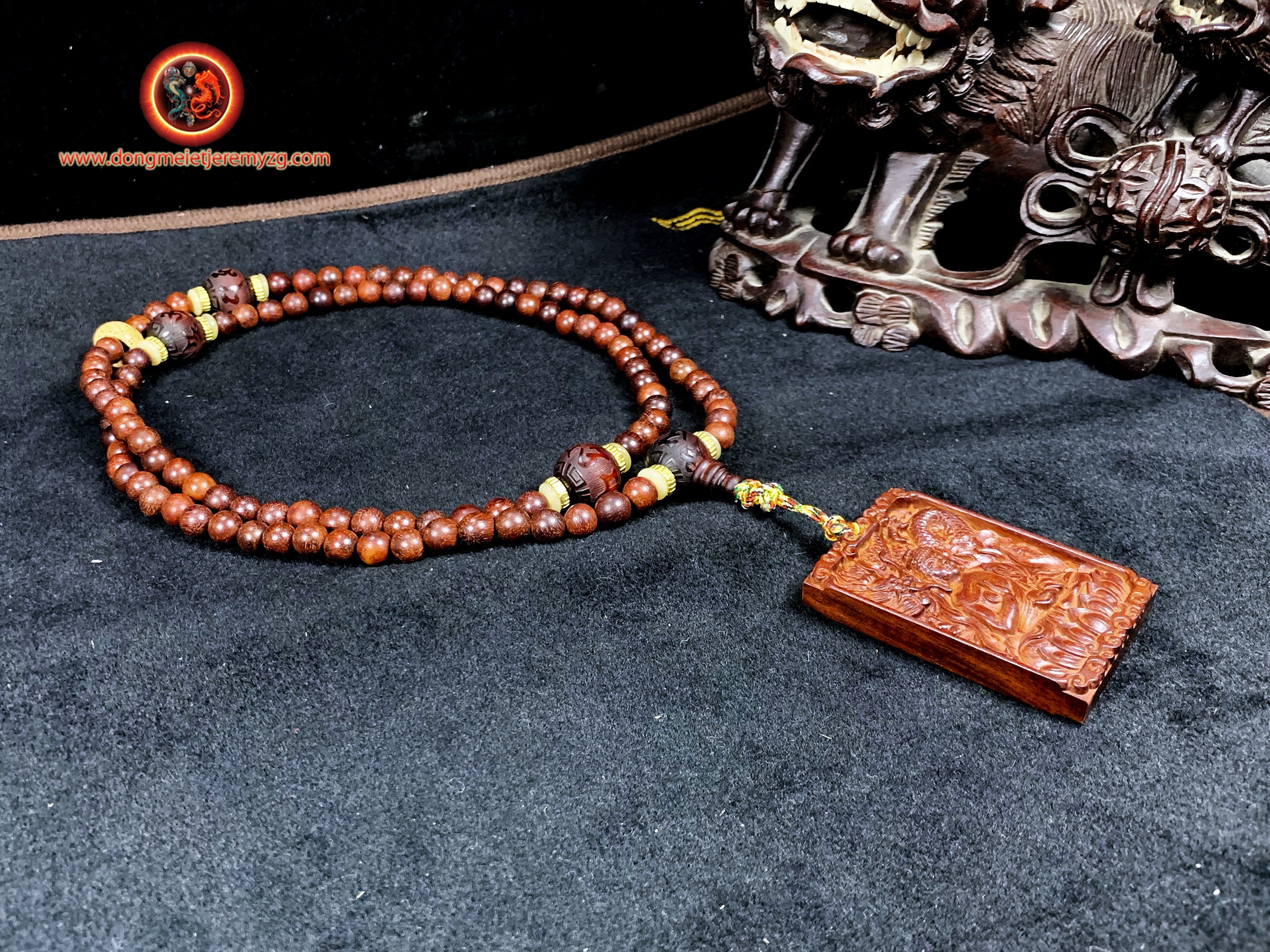 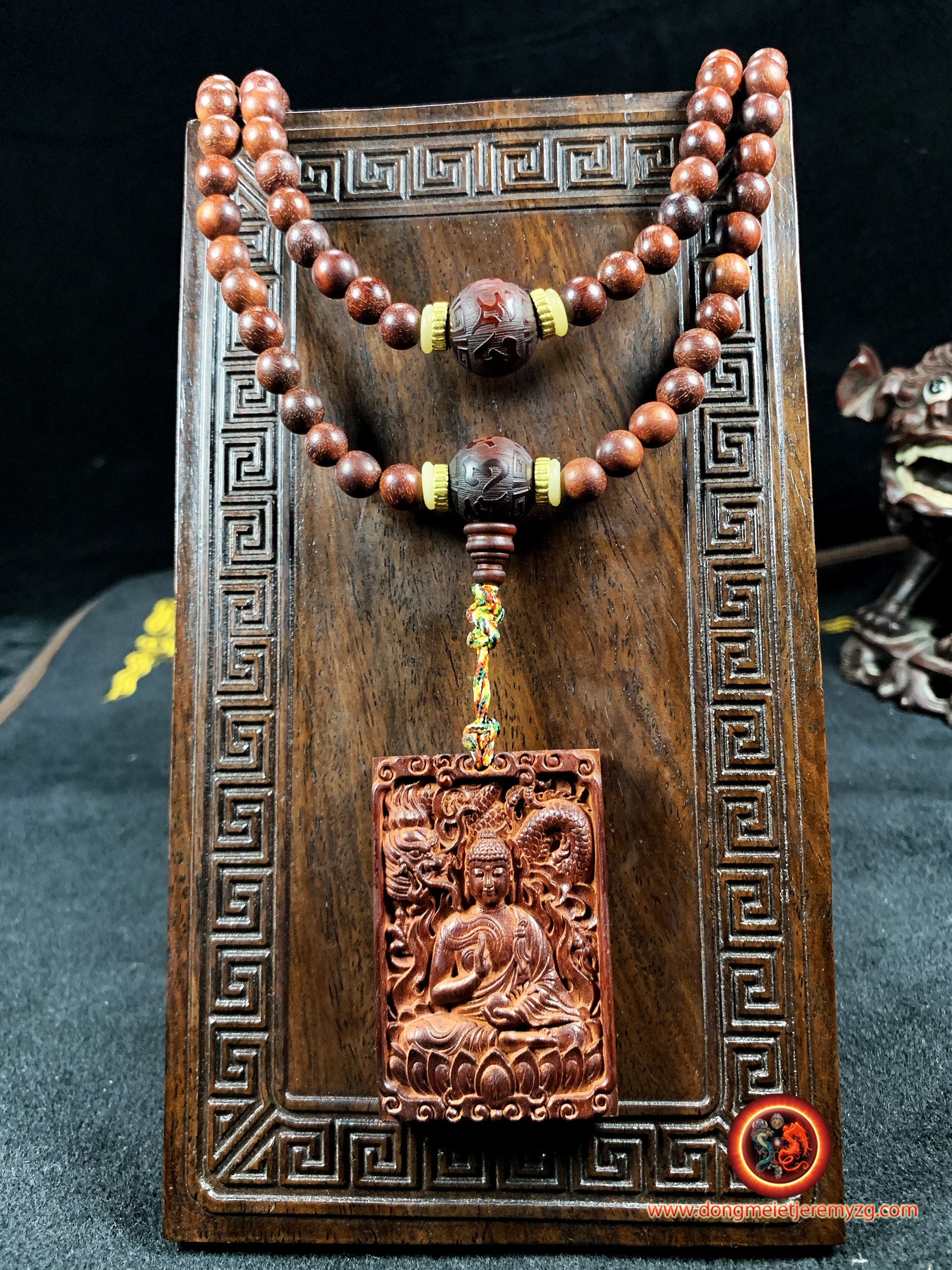 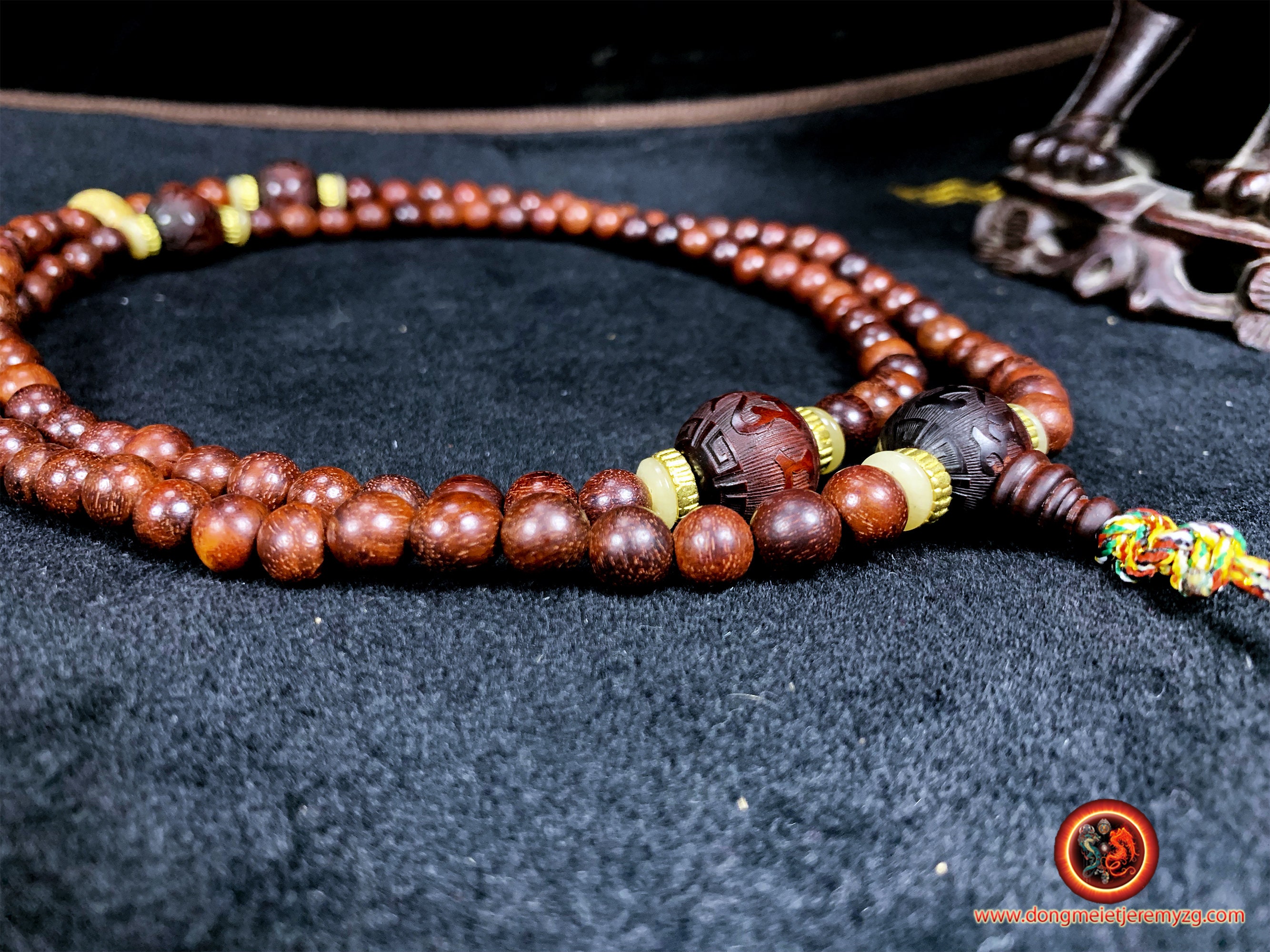 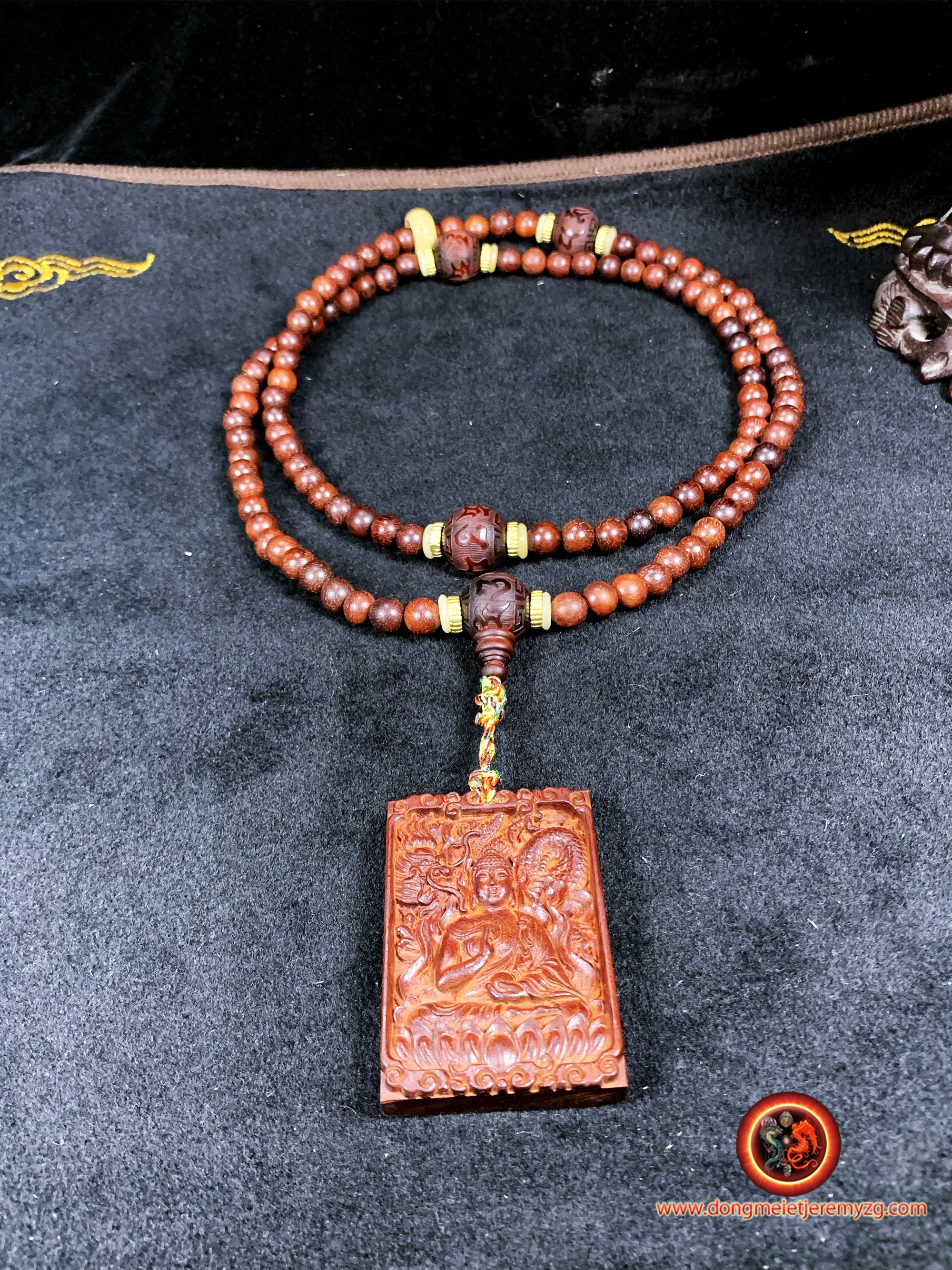 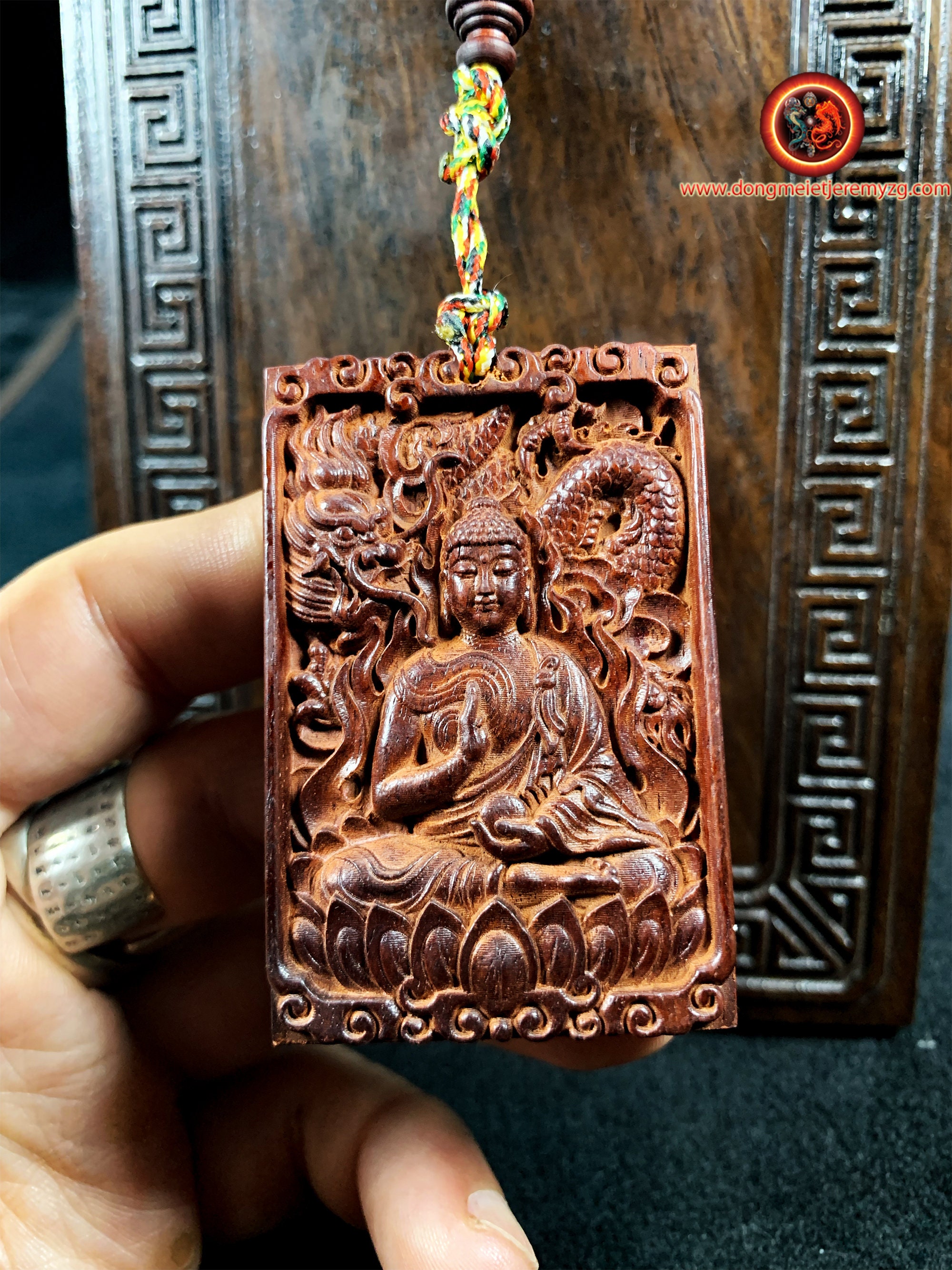 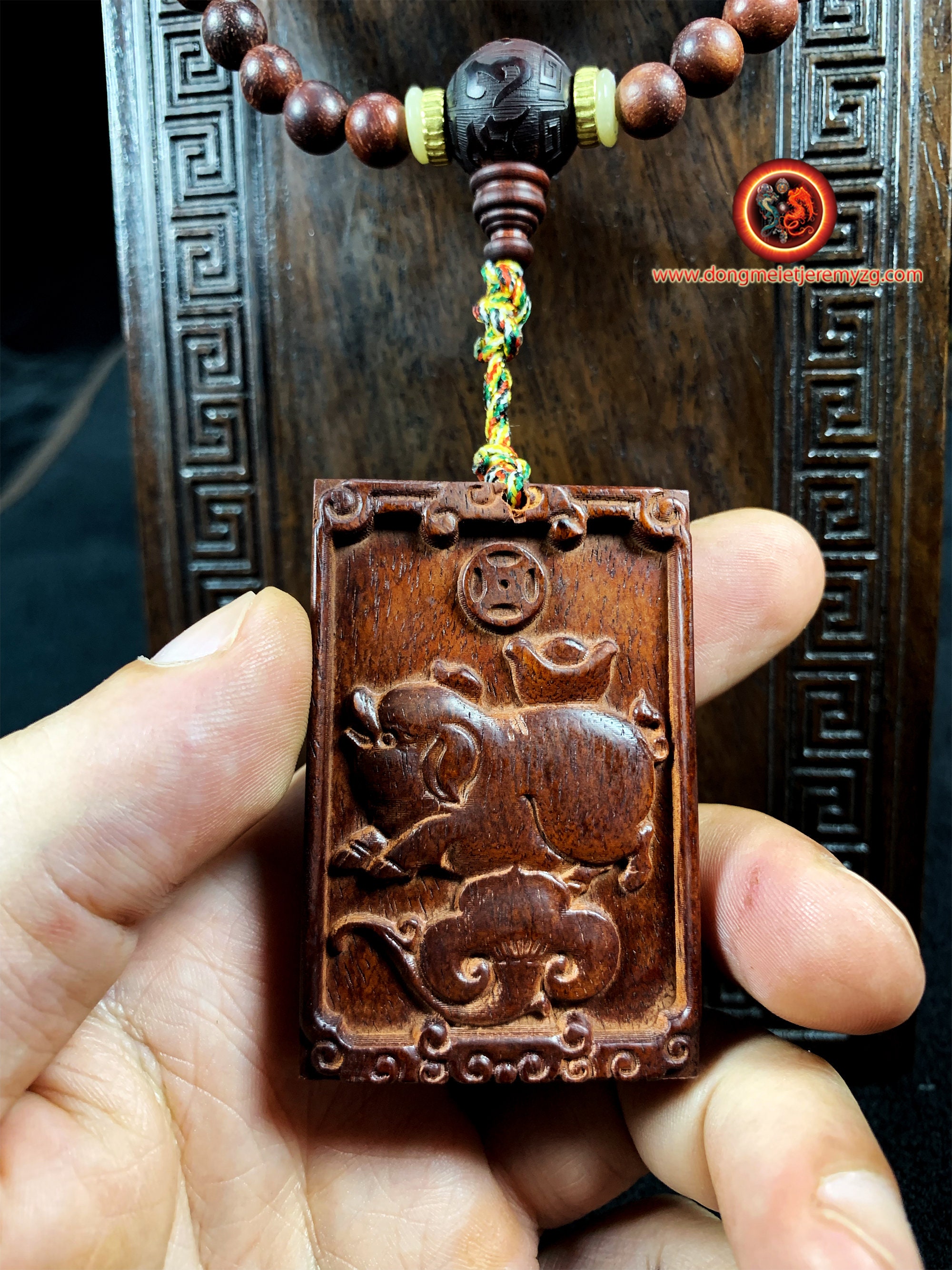 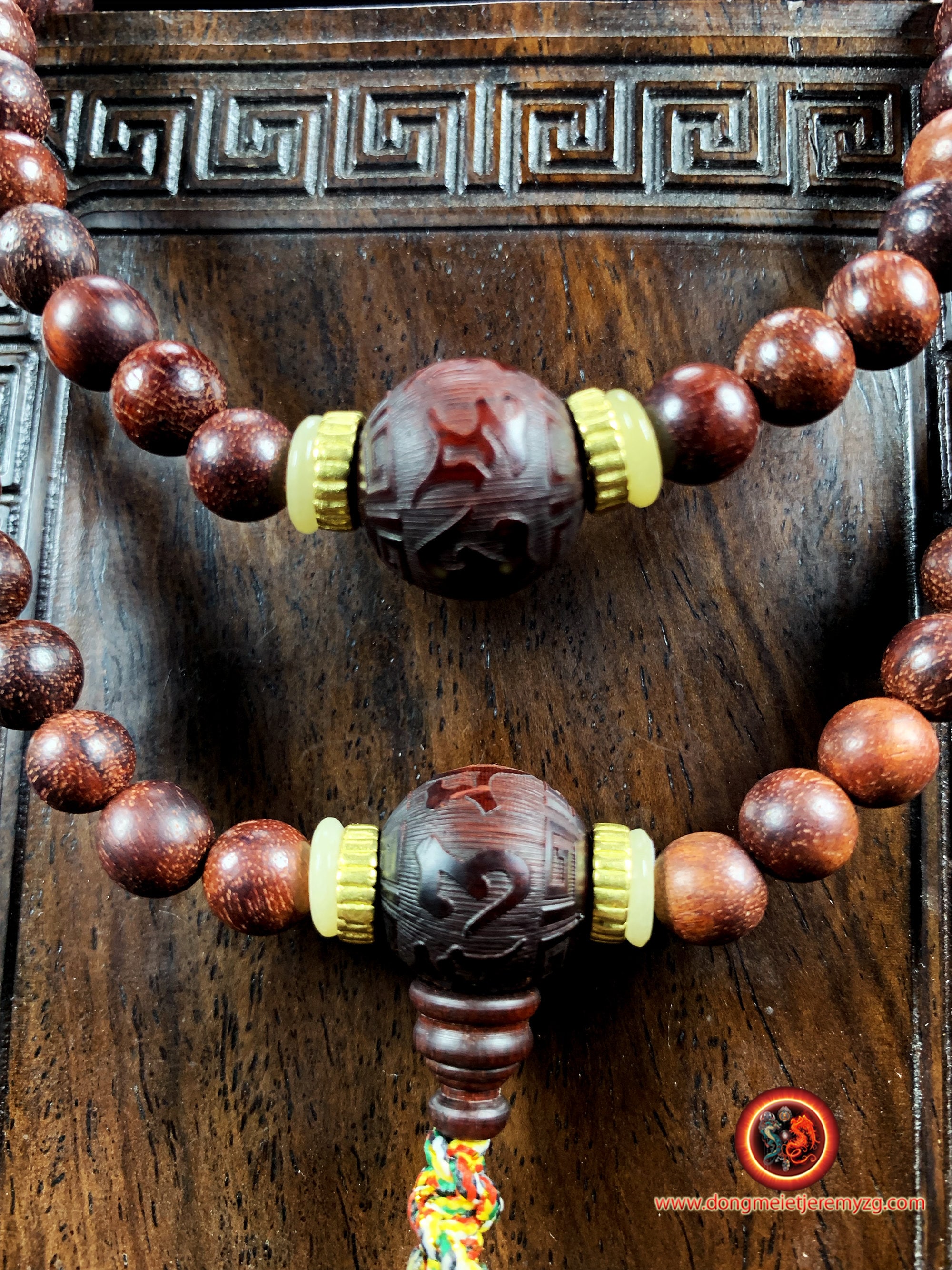 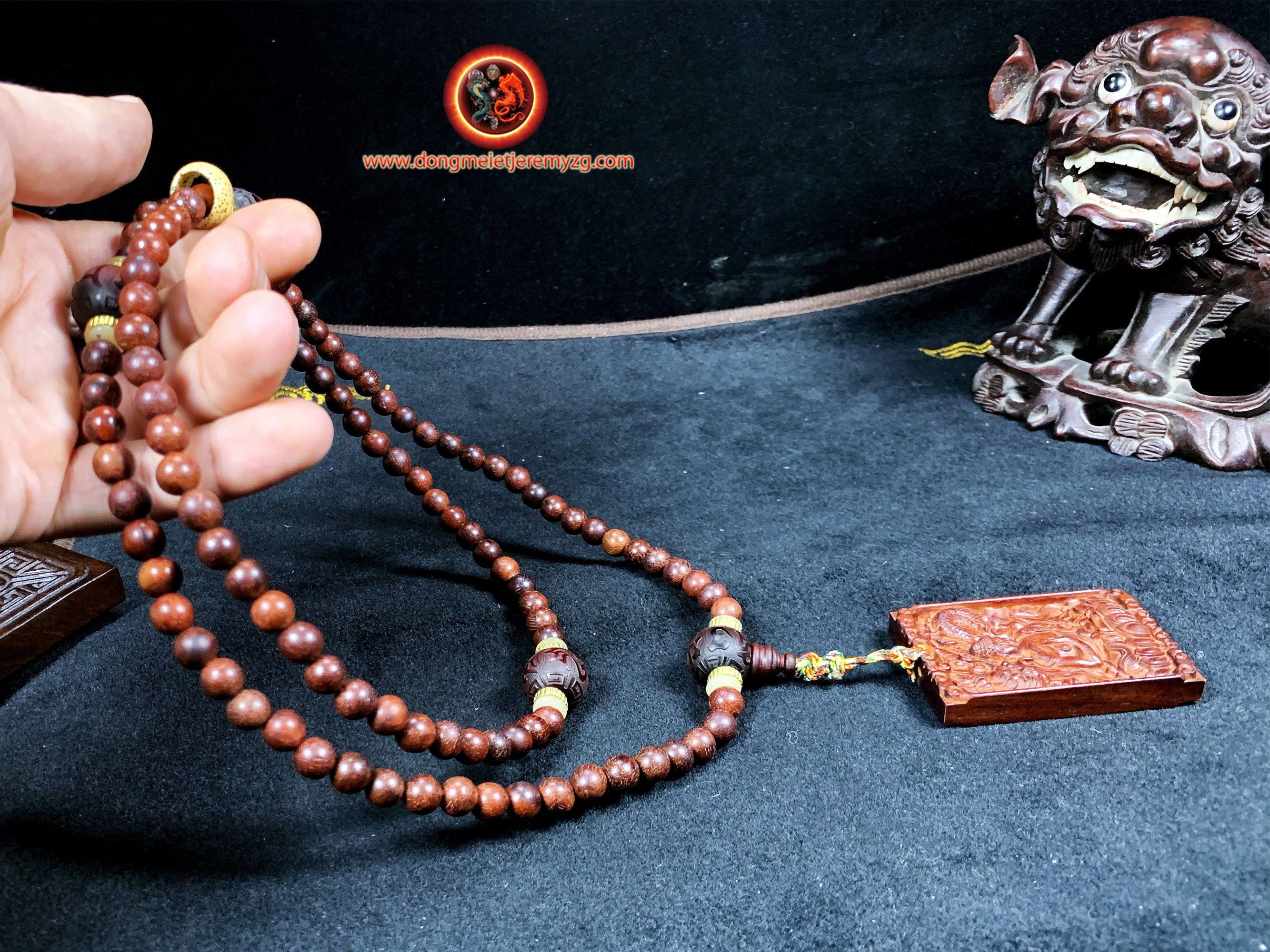 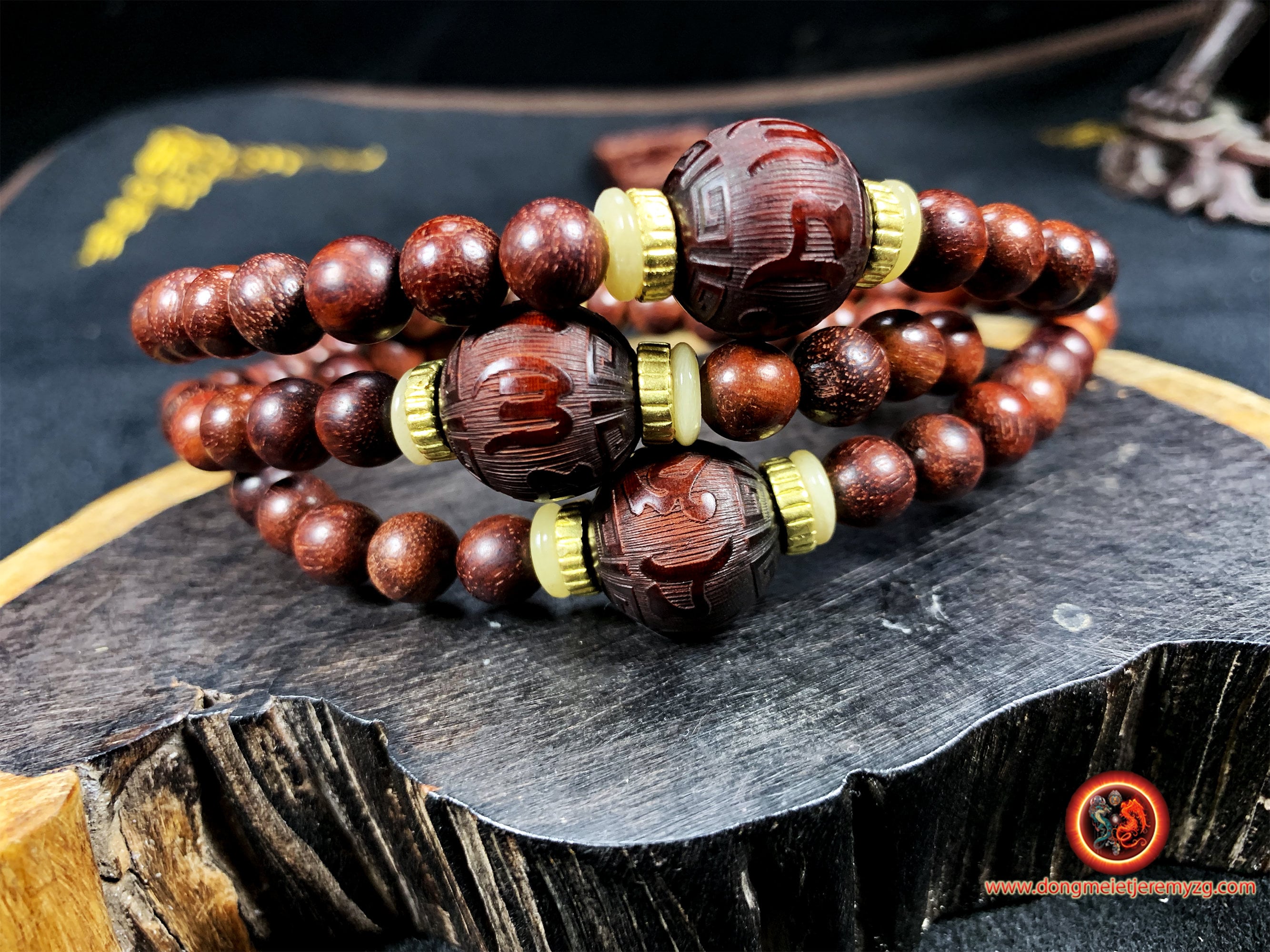 Mala made to order, count between 7 and 10 days of creation after purchase.

This mala is composed of 108 red sandalwood pearls of 8mm diameter each.
Red sandalwood native to congo
Red sandalwood of AB quality. This red sandalwood, much rarer than white sandalwood, has no characteristic smell and is part of the very precious woods.
In Buddhism, sandalwood is one of the Padma (lotus) and corresponds to Amitabha Buddha, moreover the element of this Buddha is fire and its color, red. Sandalwood is considered capable of transforming desires and retaining the attention of a person practicing meditation.
Sandalwood is one of the main constituents of incense made in China, Taiwan, Japan, Vietnam, Korea, and is intended to be lit in temples or during worship. It is also widely used in India for these same applications.

the 3 counter beads of 20mm also of the same sandalwood have the mantra of compassion "om mani padme hum" engraved.


As a finish, we added a red sandalwood pendant, representing amitabha Buddha to the dragon.
Pendant dimension: 60mm long by 40mm wide by 10mm thick.


Amitabha Buddha is the protector of people born under the sign of the dog and the pig.
Amitābha, Amitāyus or Amida is a Buddha of Mahayana and Vajrayana Buddhism. He reigns in the "Pure Western Land of Beatitude" (sk.: Sukhāvatī, ch.: Xīfāng jílè shìjiè, ja.: saihō goraku sekai 西方極樂世界), a wonderful, pure, perfect world, devoid of evil, suffering. This pure land, a place of refuge outside the cycle of transmigrations – or the equivalent of nirvāņa according to some conceptions – is at the center of the beliefs and practices of the pure land schools. This Buddha, also called the Buddha of buddhas, is very popular among Mahāyānists, especially in the Chinese world, Korea, Japan, Tibet and Vietnam.