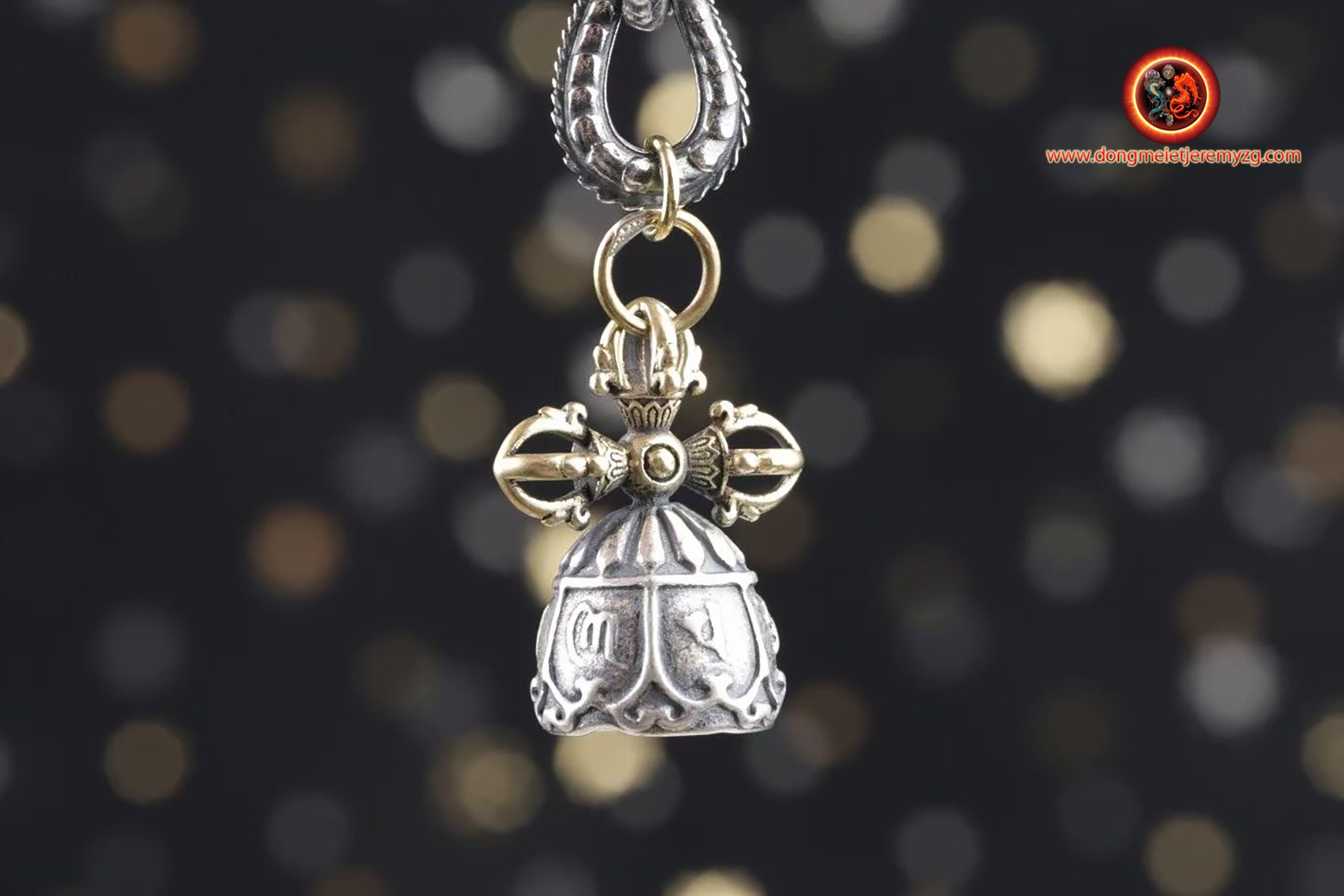 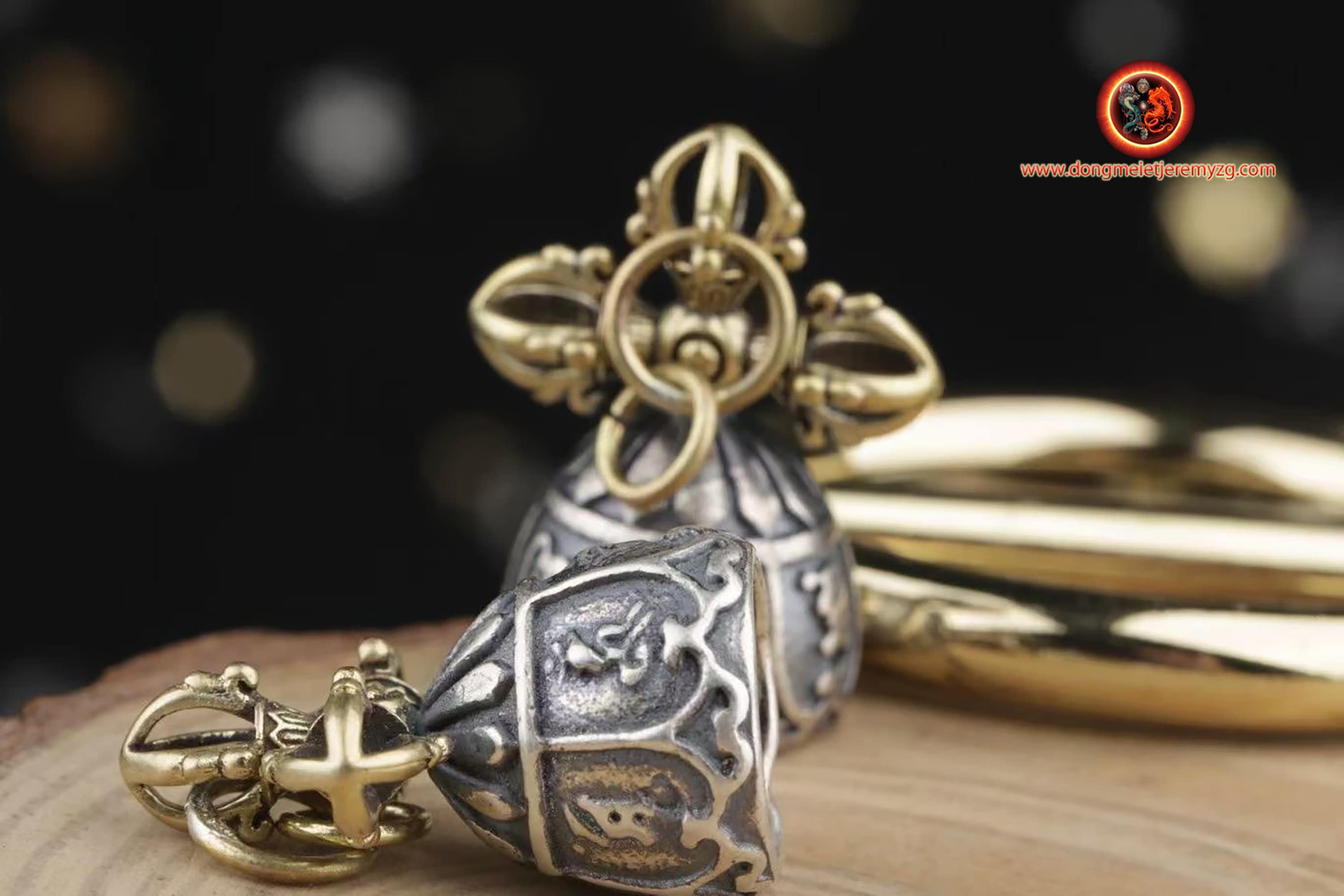 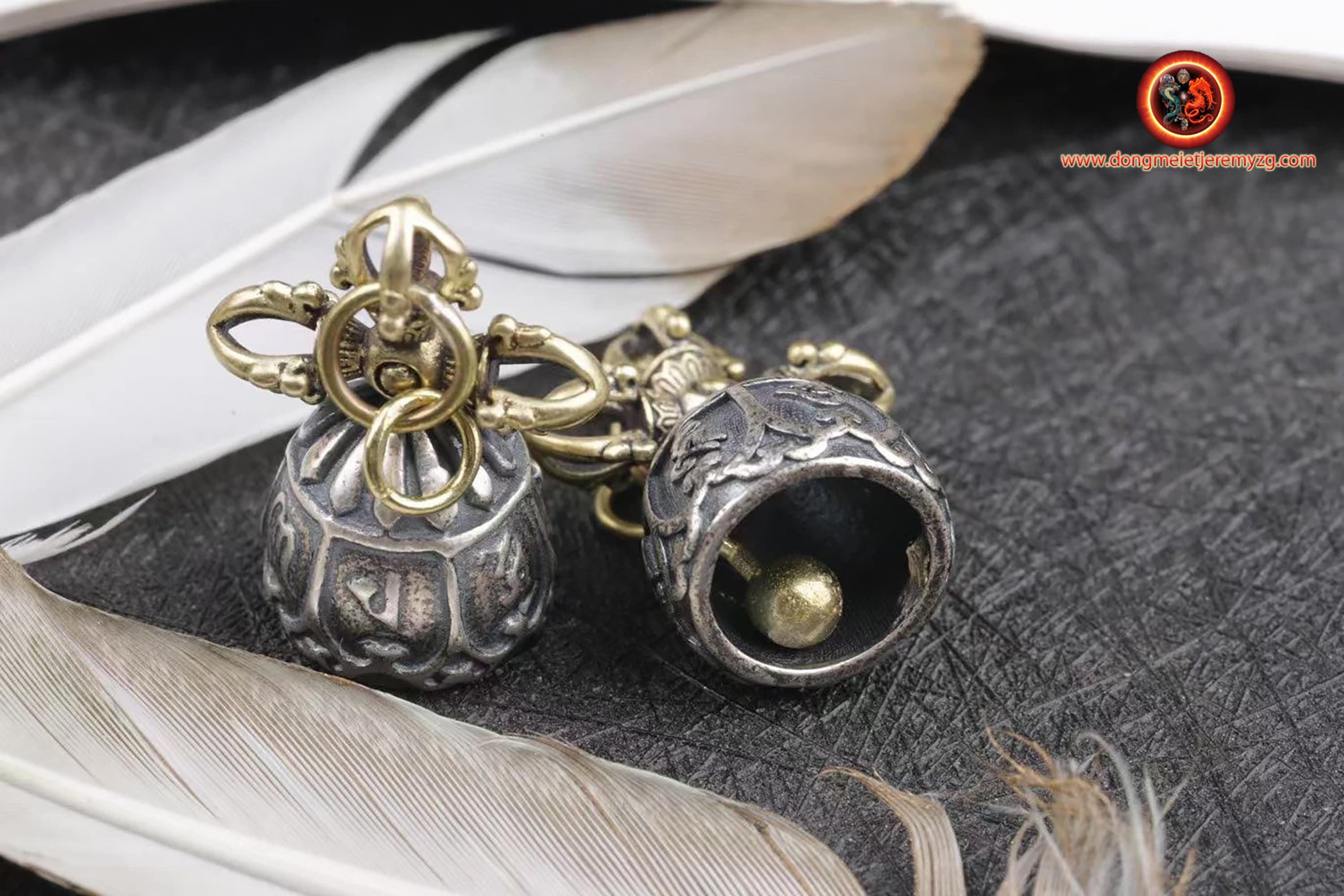 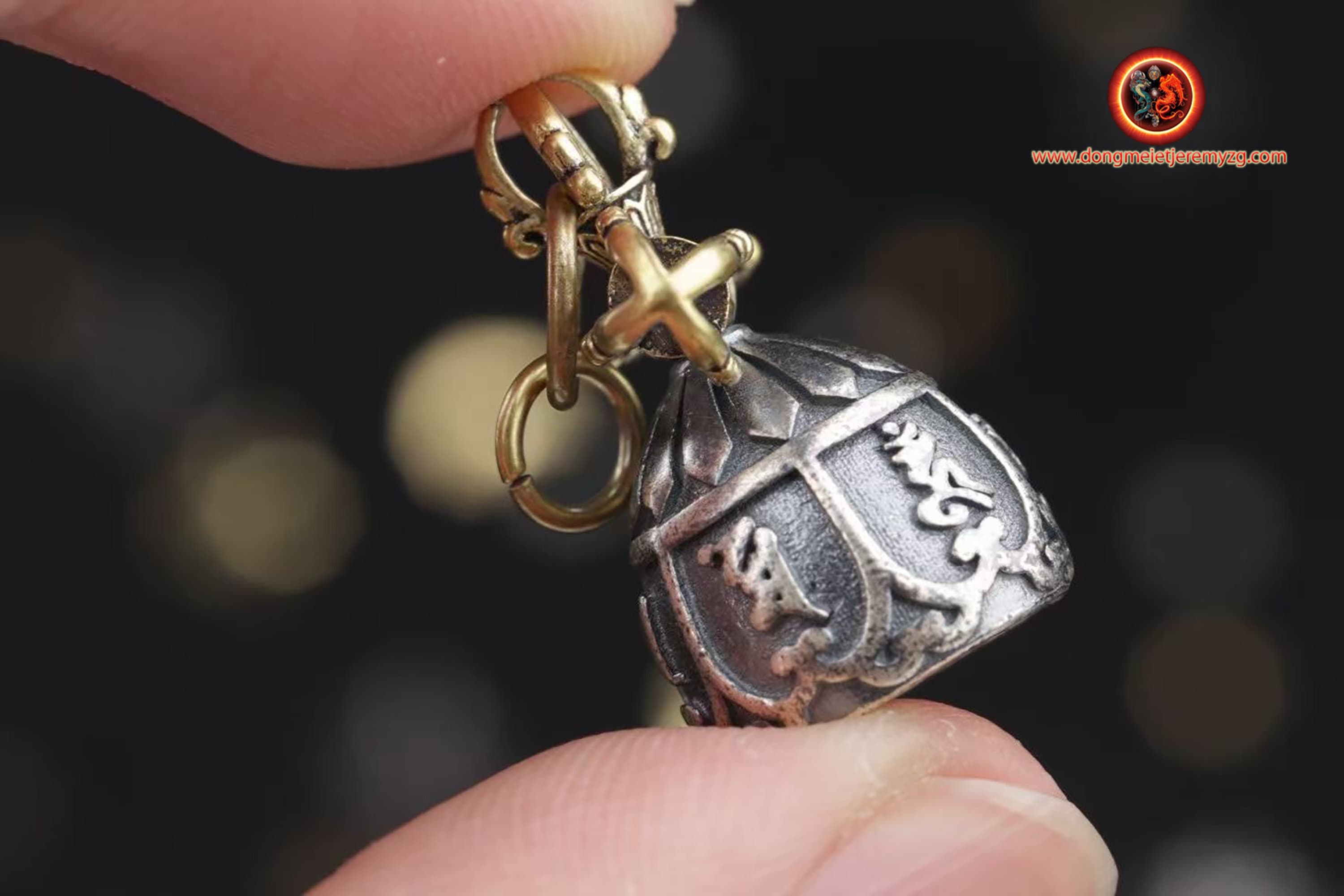 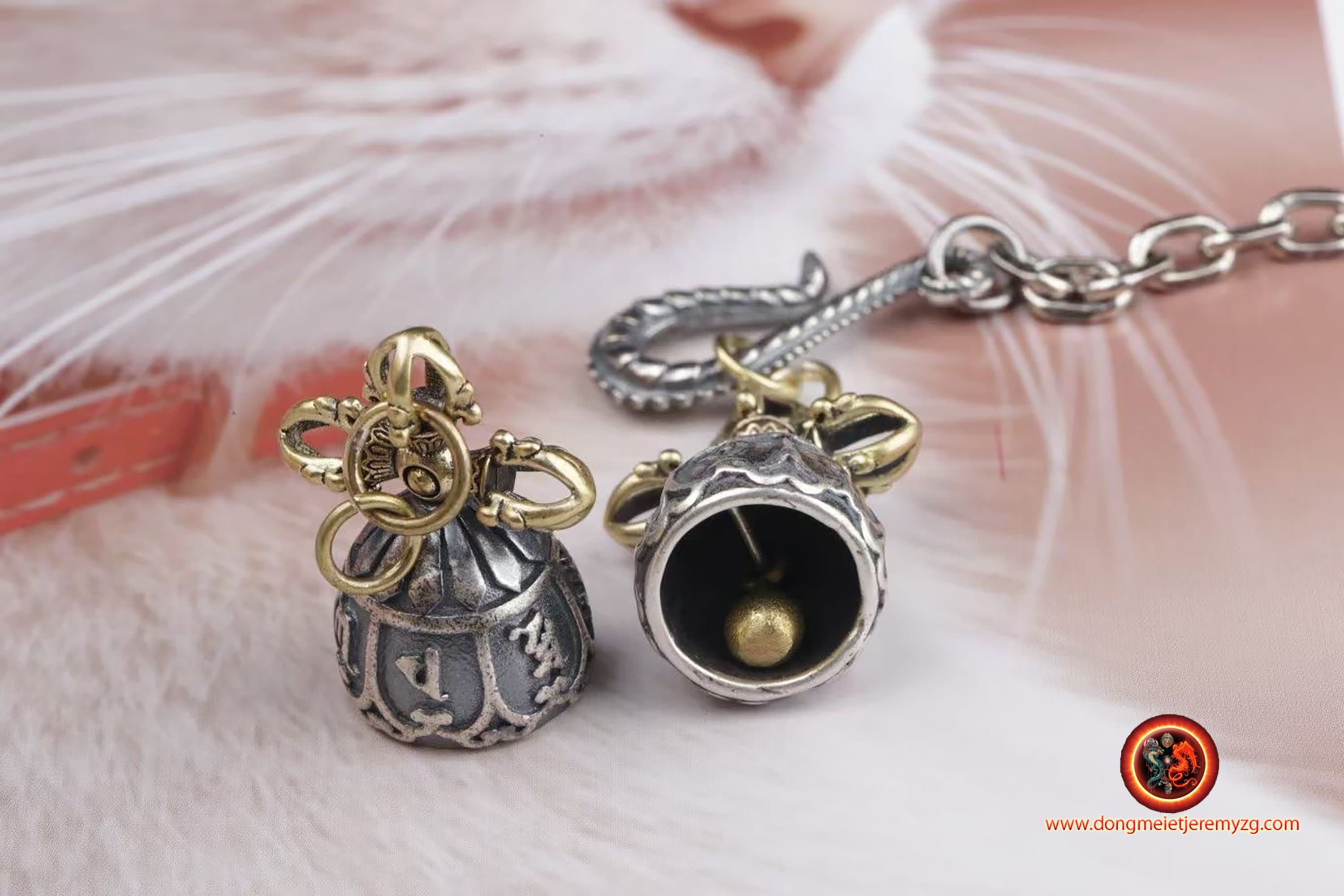 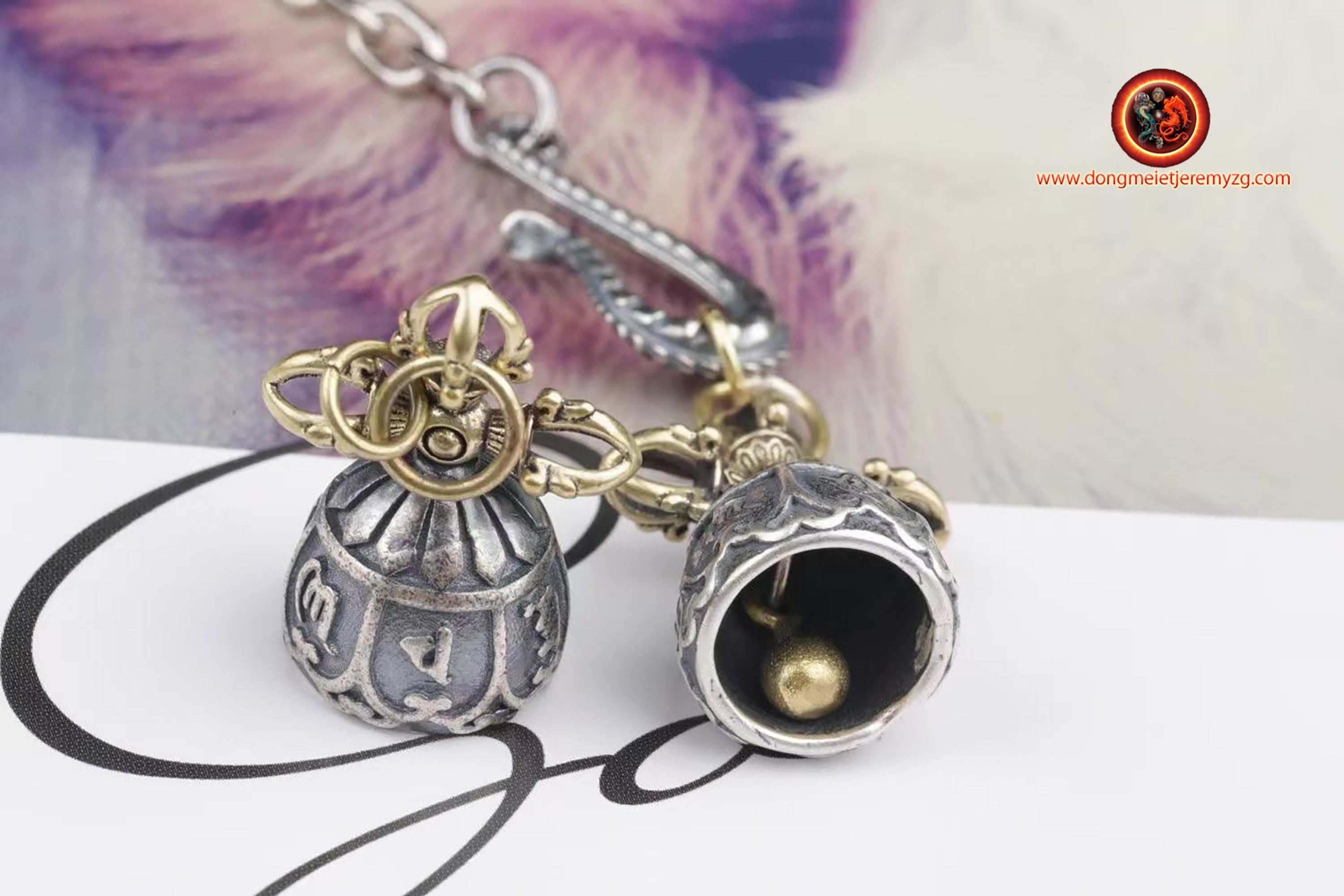 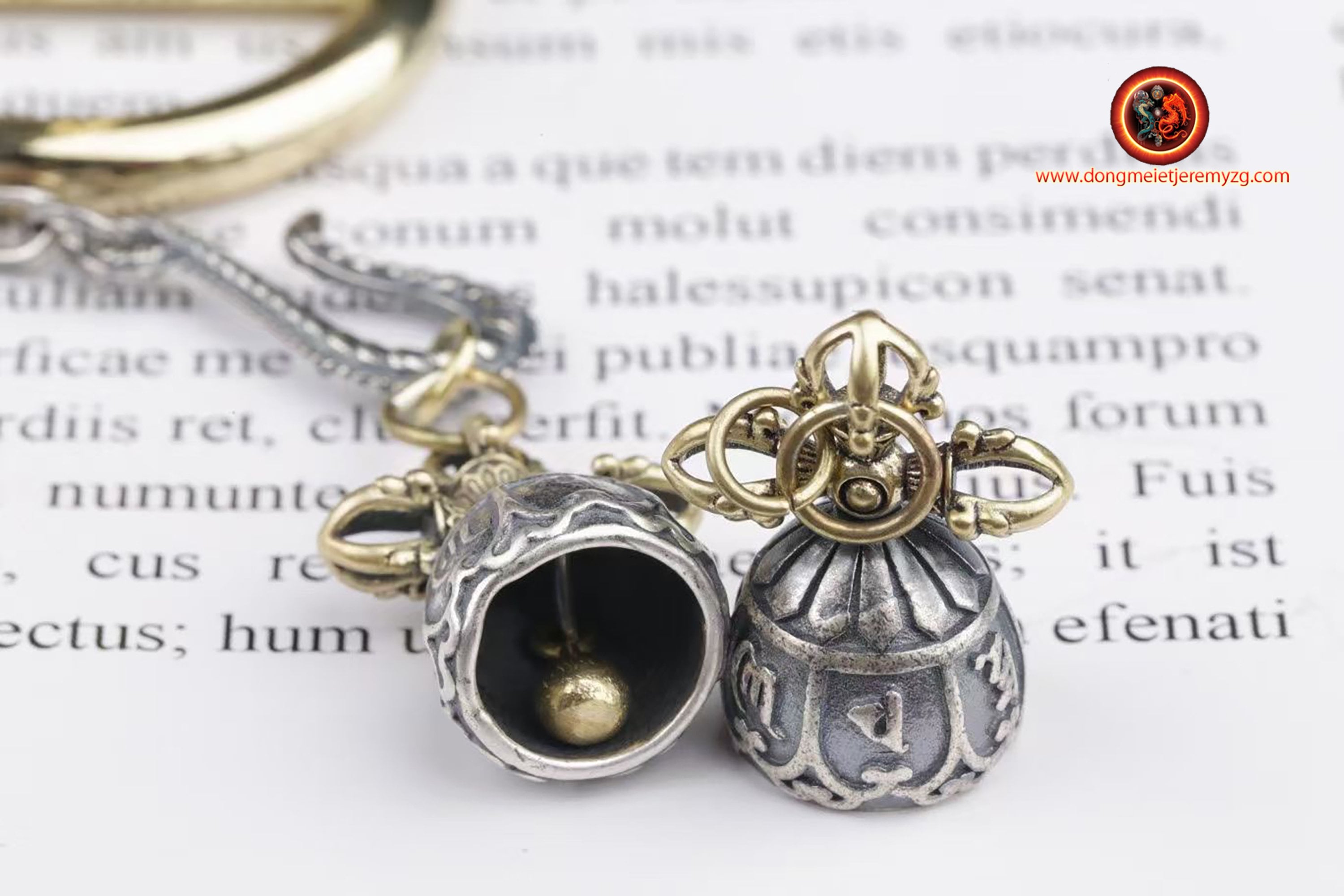 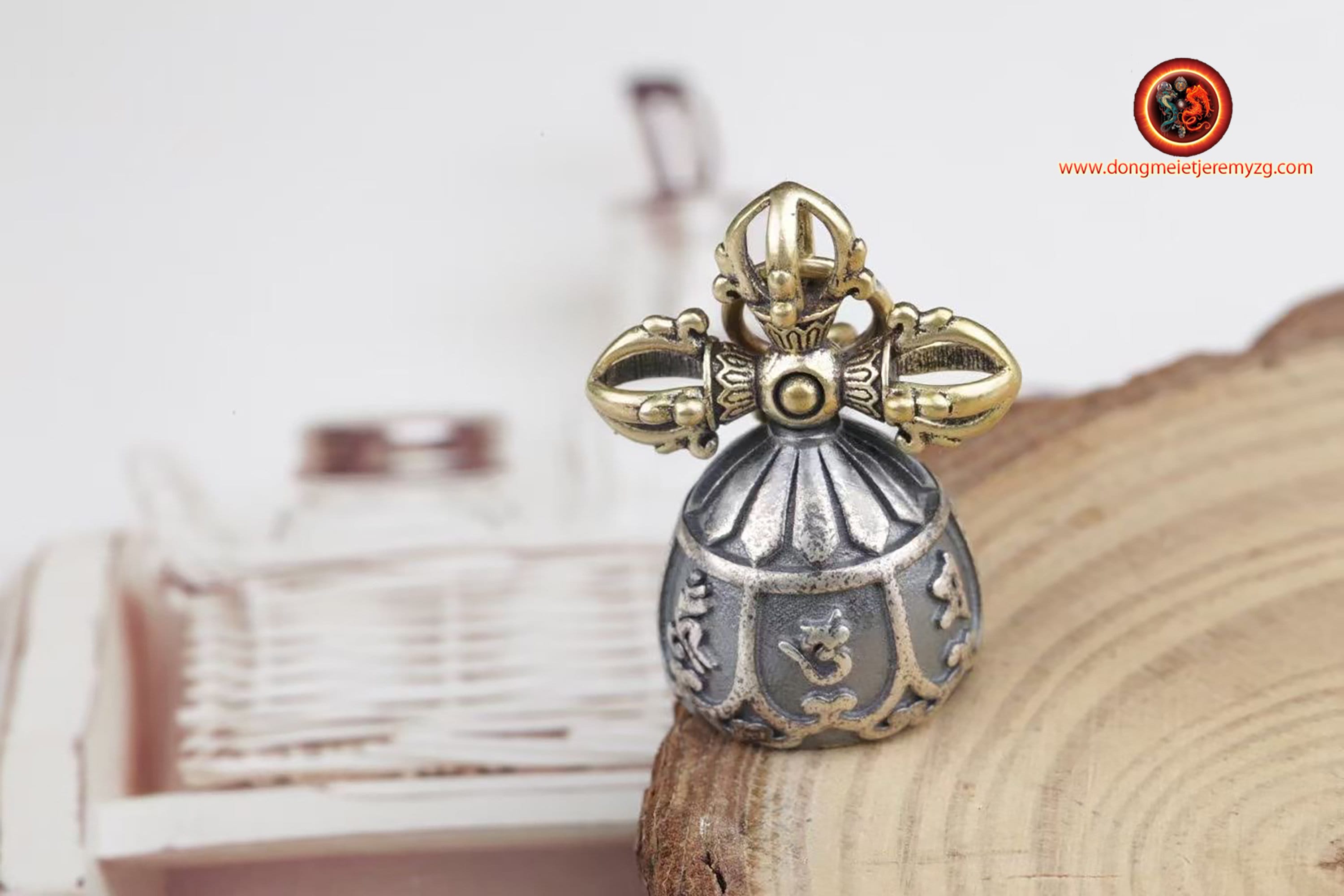 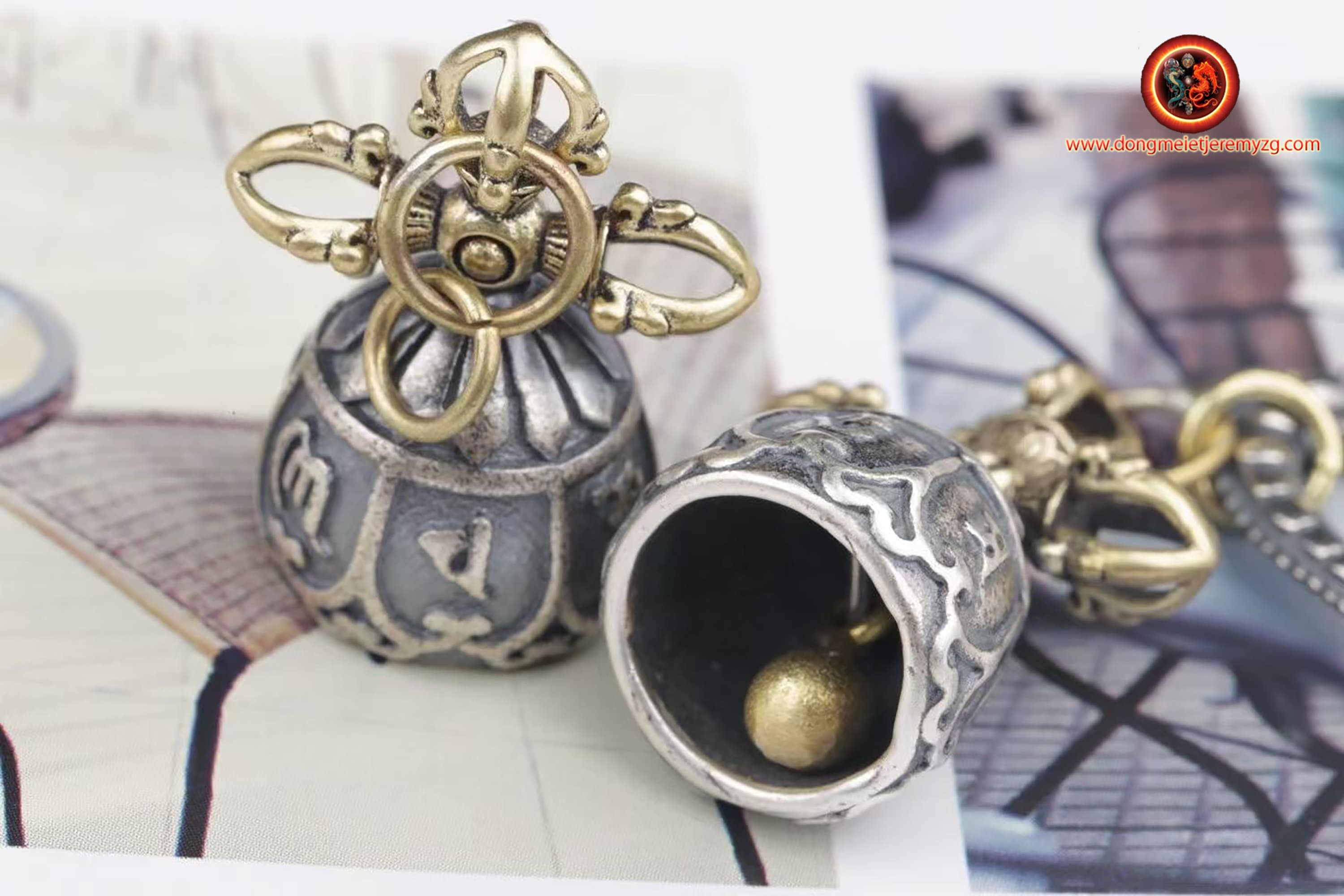 Our entire catalogue of Buddhist talismans and amulets accessible via this link
https://www.etsy.com/fr/shop/DongmeietJeremyZG?ref=seller-platform-mcnav&section_id=23827698

1° Its hollow part represents emptiness and its beating the "sound" of emptiness (i.e. its dynamics potentially containing the manifestation)

2° The lotus with eight petals symbolize the eight female bodhisattvas, associated with the idea of emptiness like all female deities.

3° The vase contains the nectar of fulfillment.

4° The face on the handle is that of the female deity Prajnaparamitam symbol of the knowledge of voidness.

5° The vajra contains its prope symbolism as seen above.

According to Tibetan Buddhism, reciting the mantra of Chenrezig Om Mani Padme Hum, aloud or inwardly, is an invocation to the benevolent and powerful attention of Chenrezig, the expression of the Buddha's compassion. The fact of seeing the mantra written can have the same effect, that is why it is found in clearly visible places, or even engraved in stone. It can also be invoked using prayer mills on which the mantra is inscribed, sometimes thousands of times. There are different formats of prayer mills: there are those that you can carry with you and rotate with one hand, and there are others that are so large and heavy that it takes several people to turn them. According to Tibetan Buddhist monks, the mantra Om Mani Padme Hum (Hung) alone brings together all the buddha's teachings. We will now see step by step the power of this mantra in a more "technical" way.