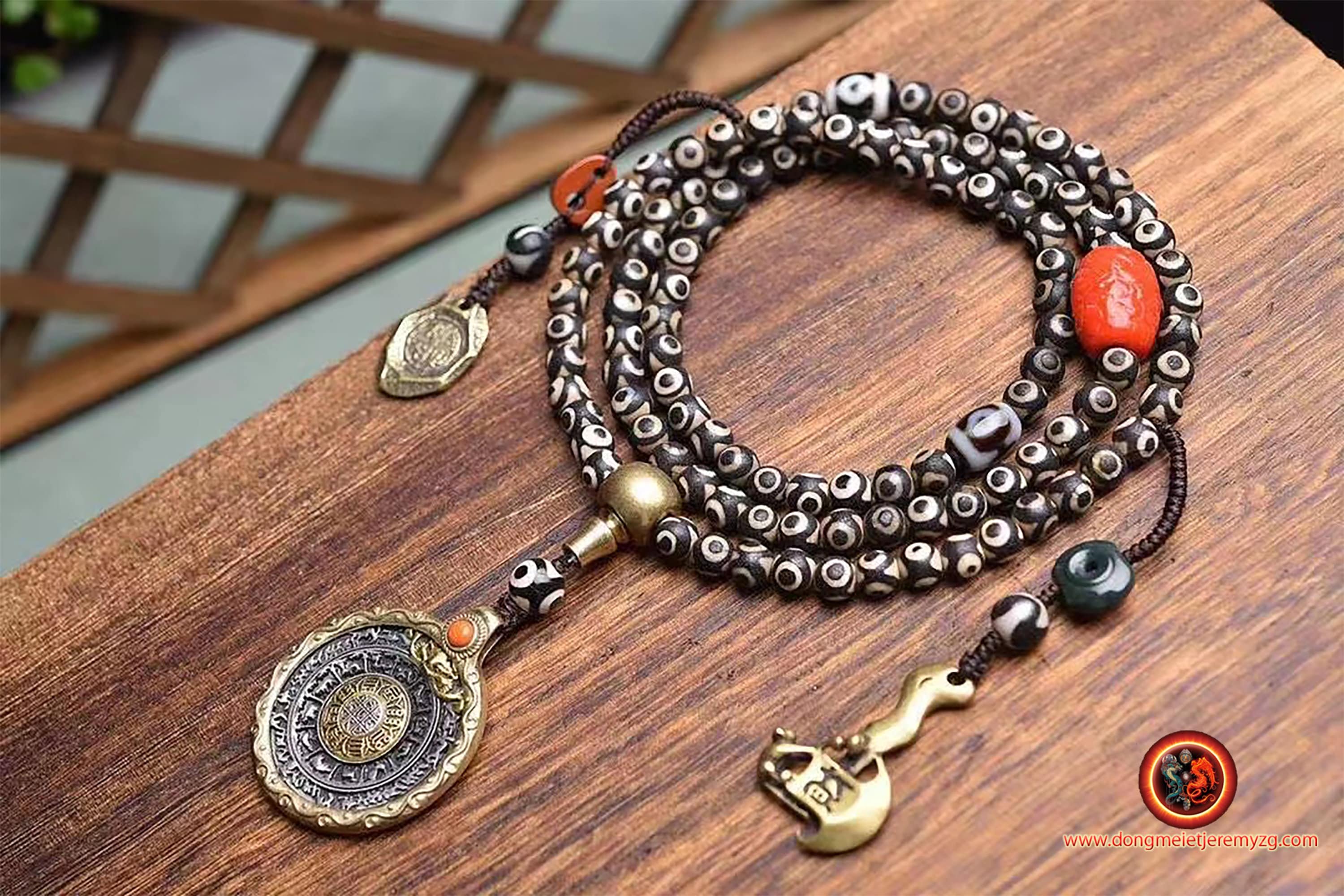 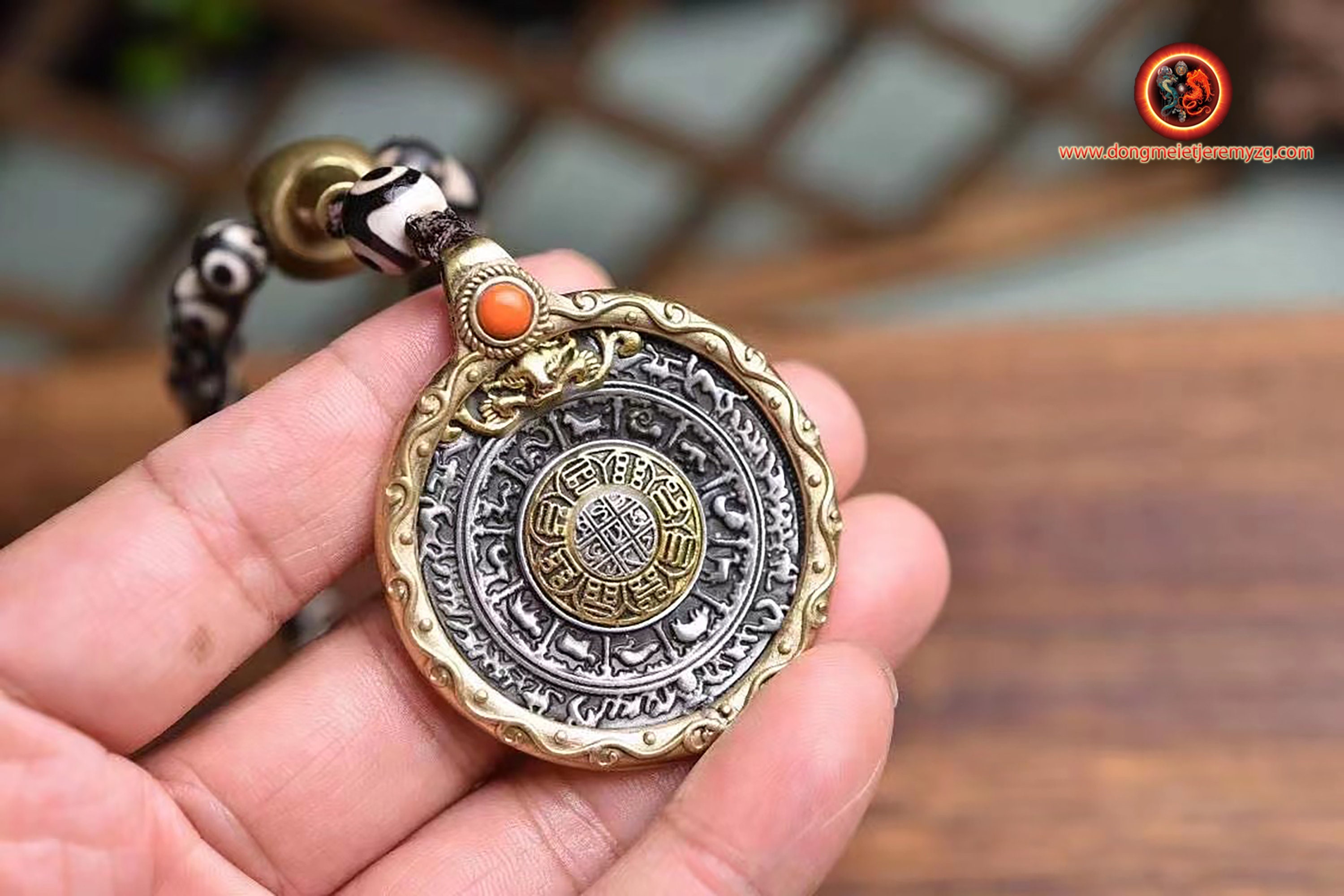 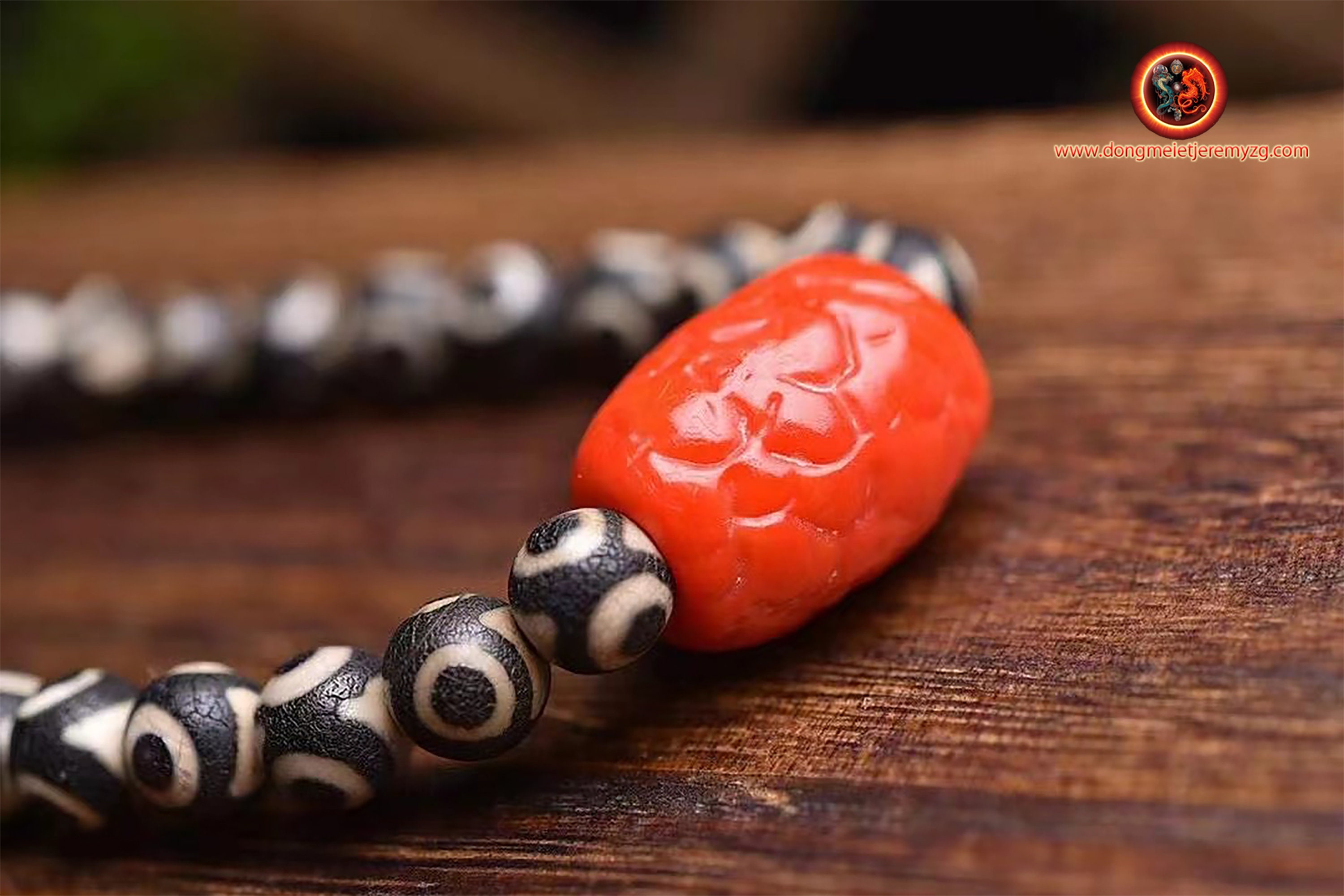 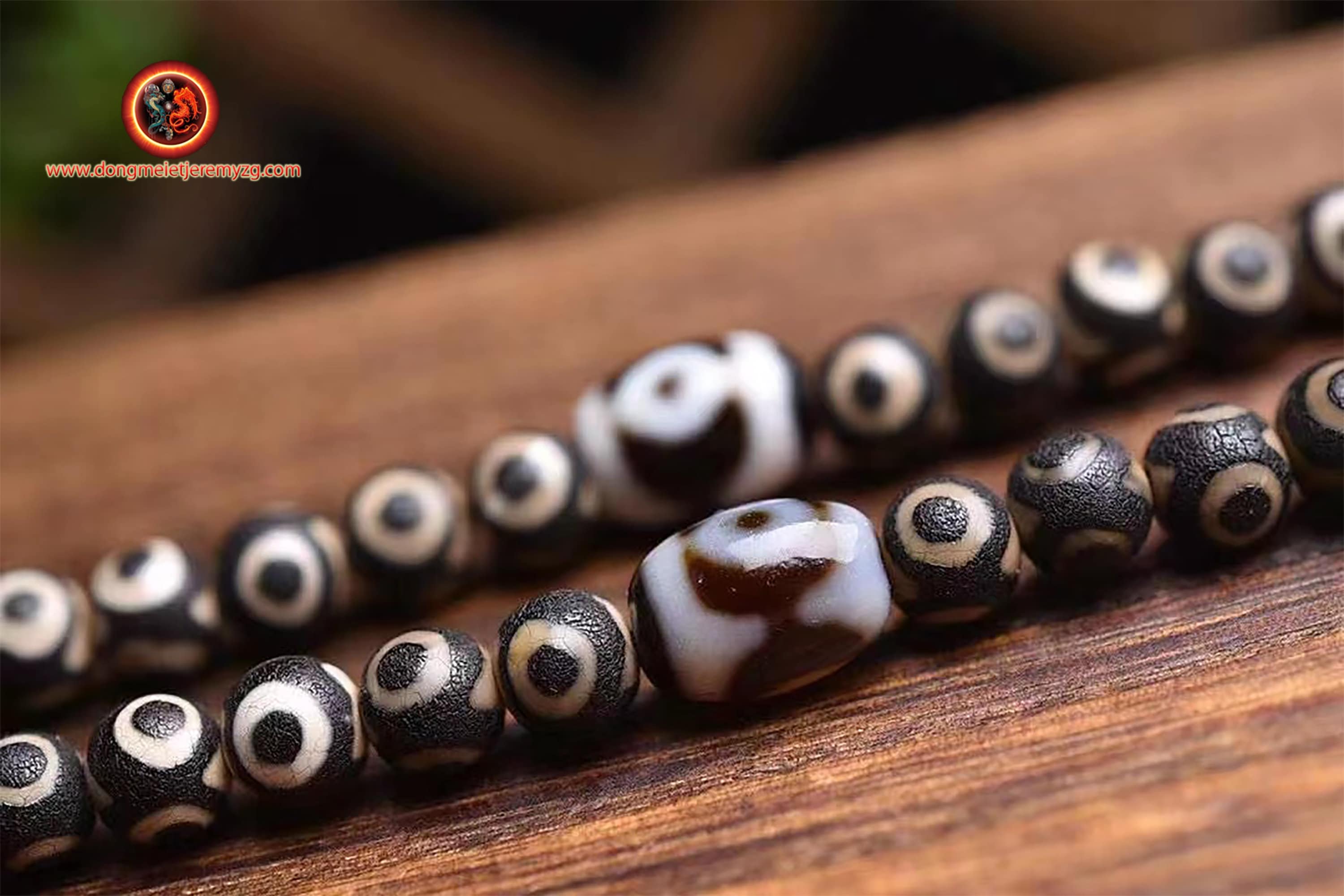 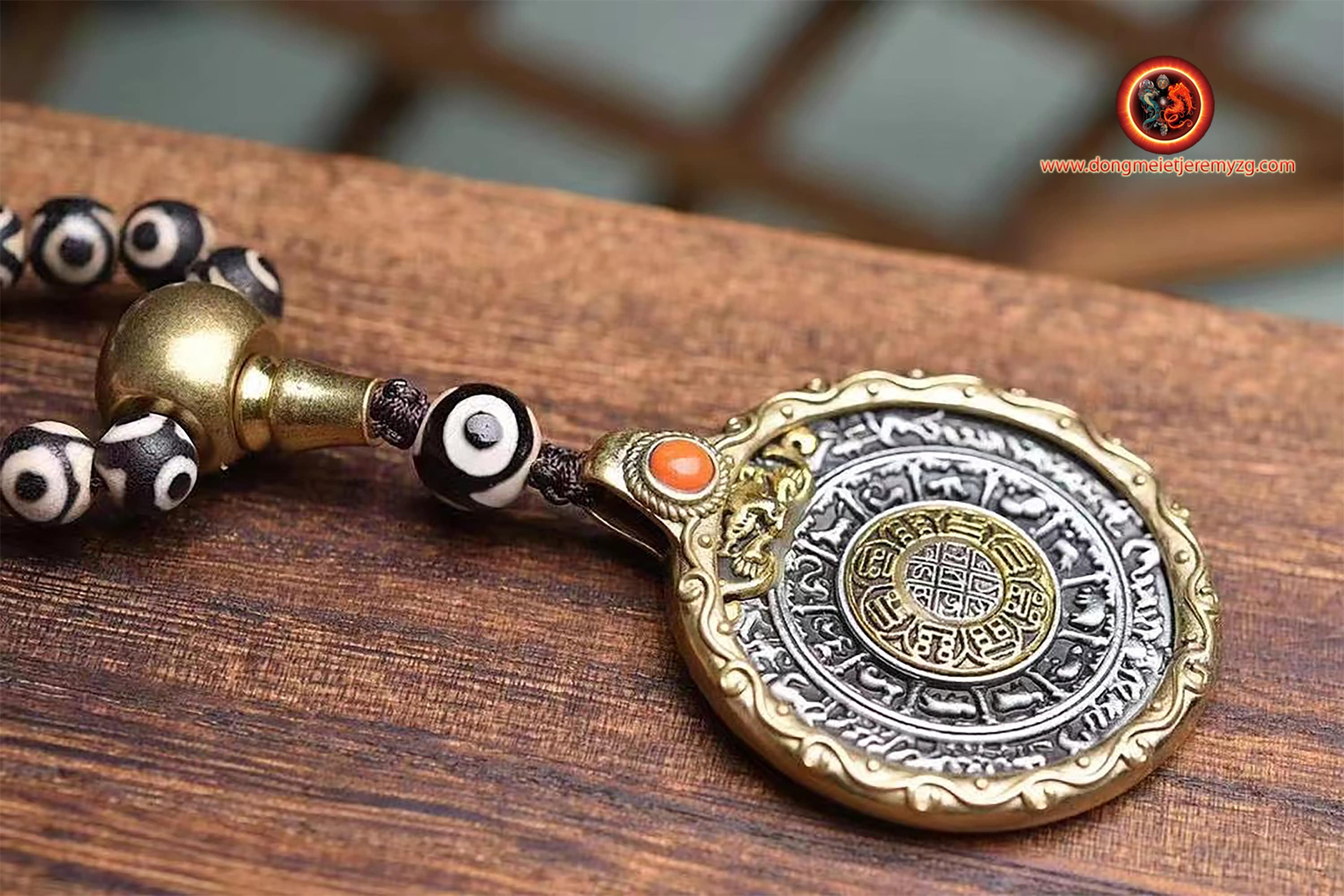 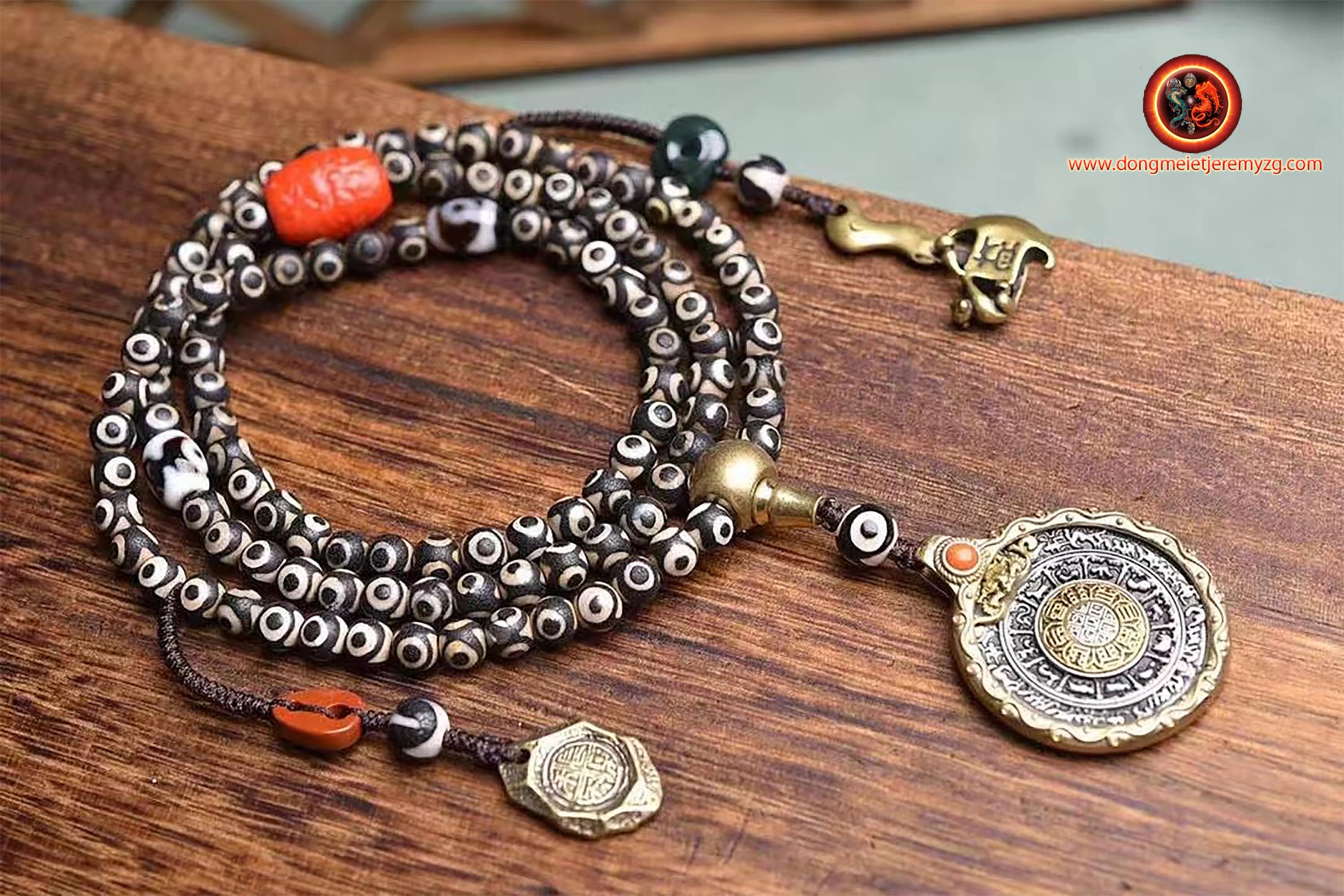 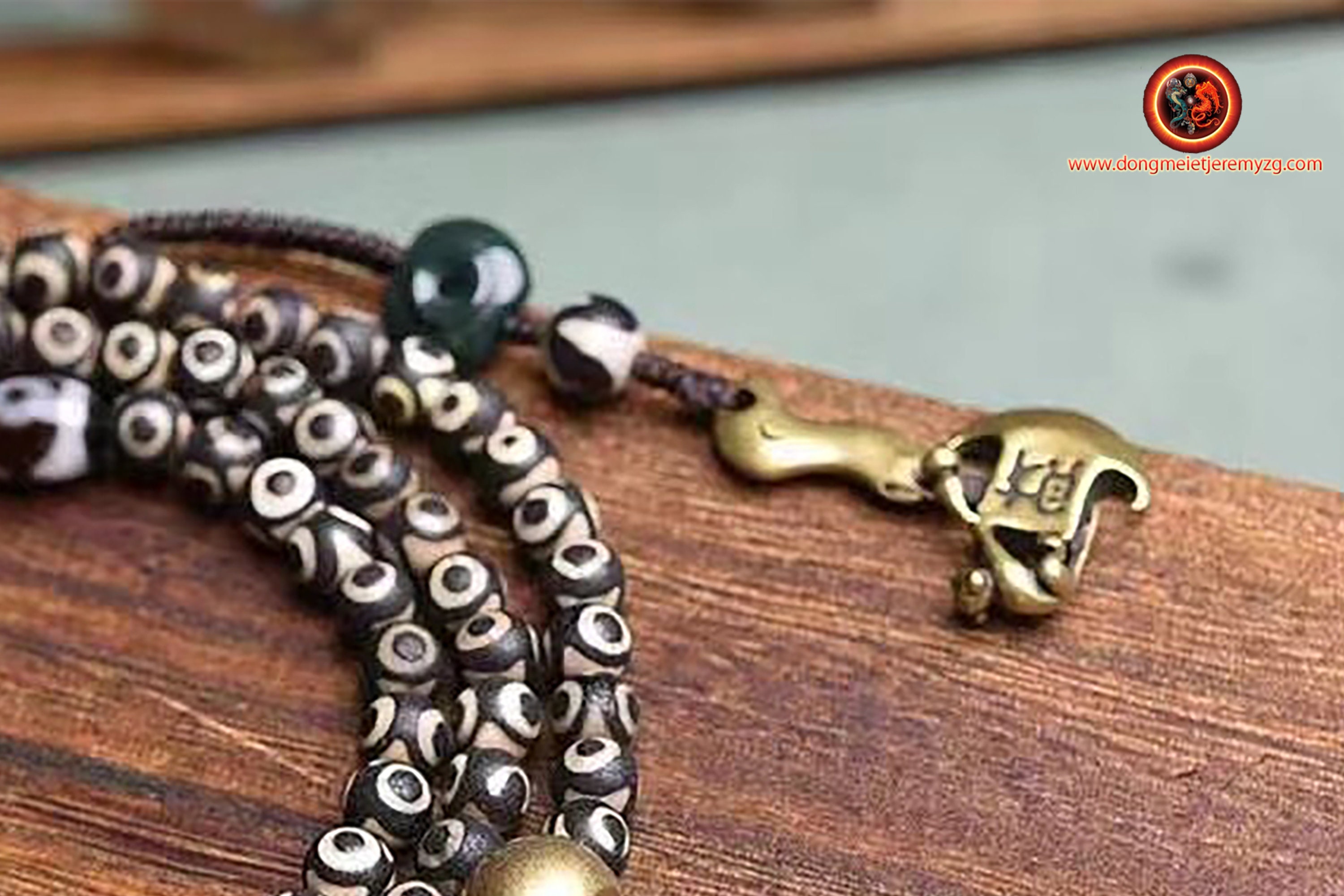 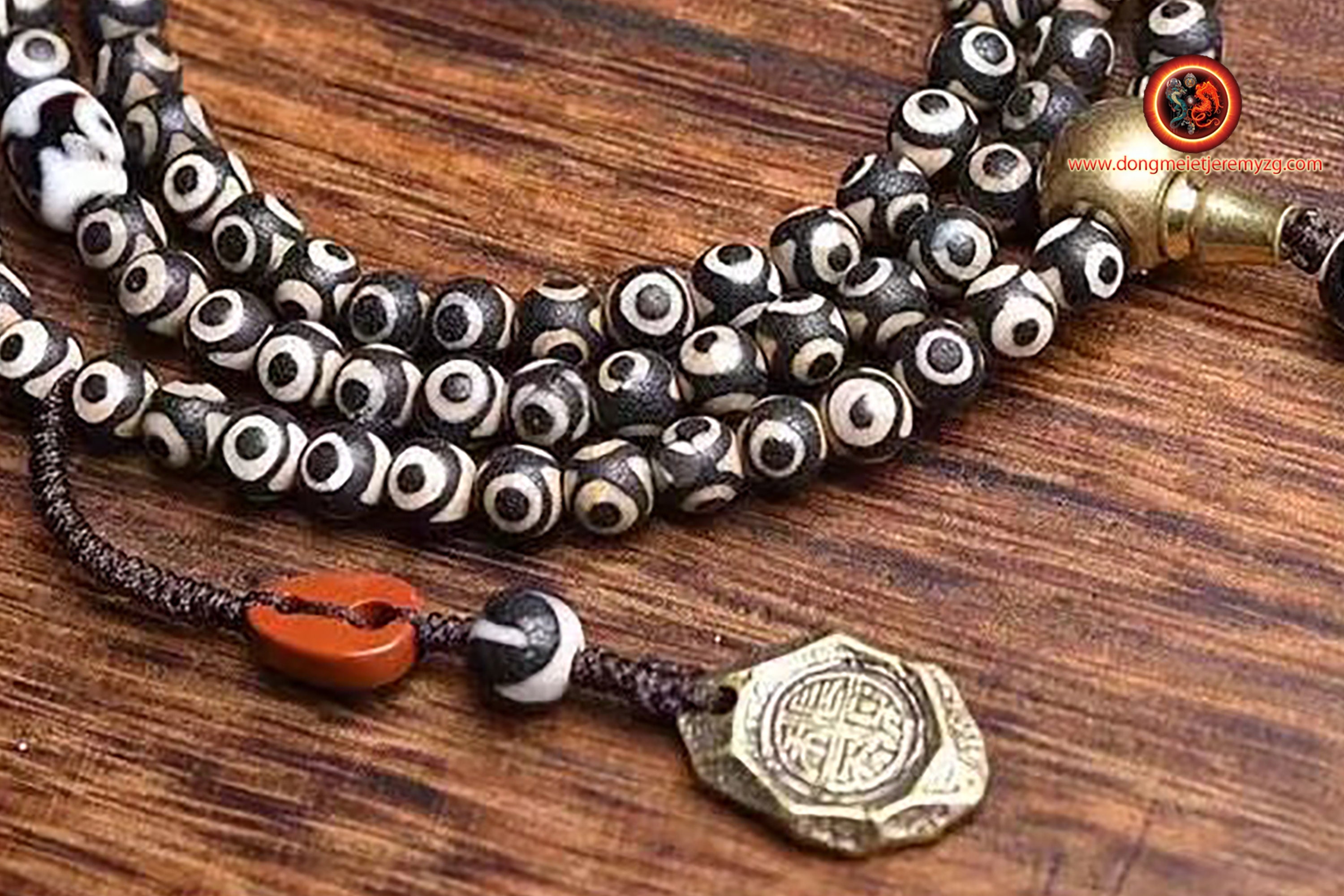 The 3-eyed Dzi represents the three stars of luck, happiness, honor and longevity. This is the manifesto of the Hindu god of wealth, the Kubera. These 3-eyed pearls create the favorable conditions to enjoy fortune, happiness and prosperity.

We have incorporated a traditional Tibetan protective pendant in finish.
Tibetans wear this amulet as protection.
Silver 925 and copper
Pendant dimension: 53mm by 44mm
Total weight of the mala 160 grams.

The whole is enhanced by agate nan hong (southern red) of Yunnan province. This unusual volcanic agate holds its red color due to its cinnabar content