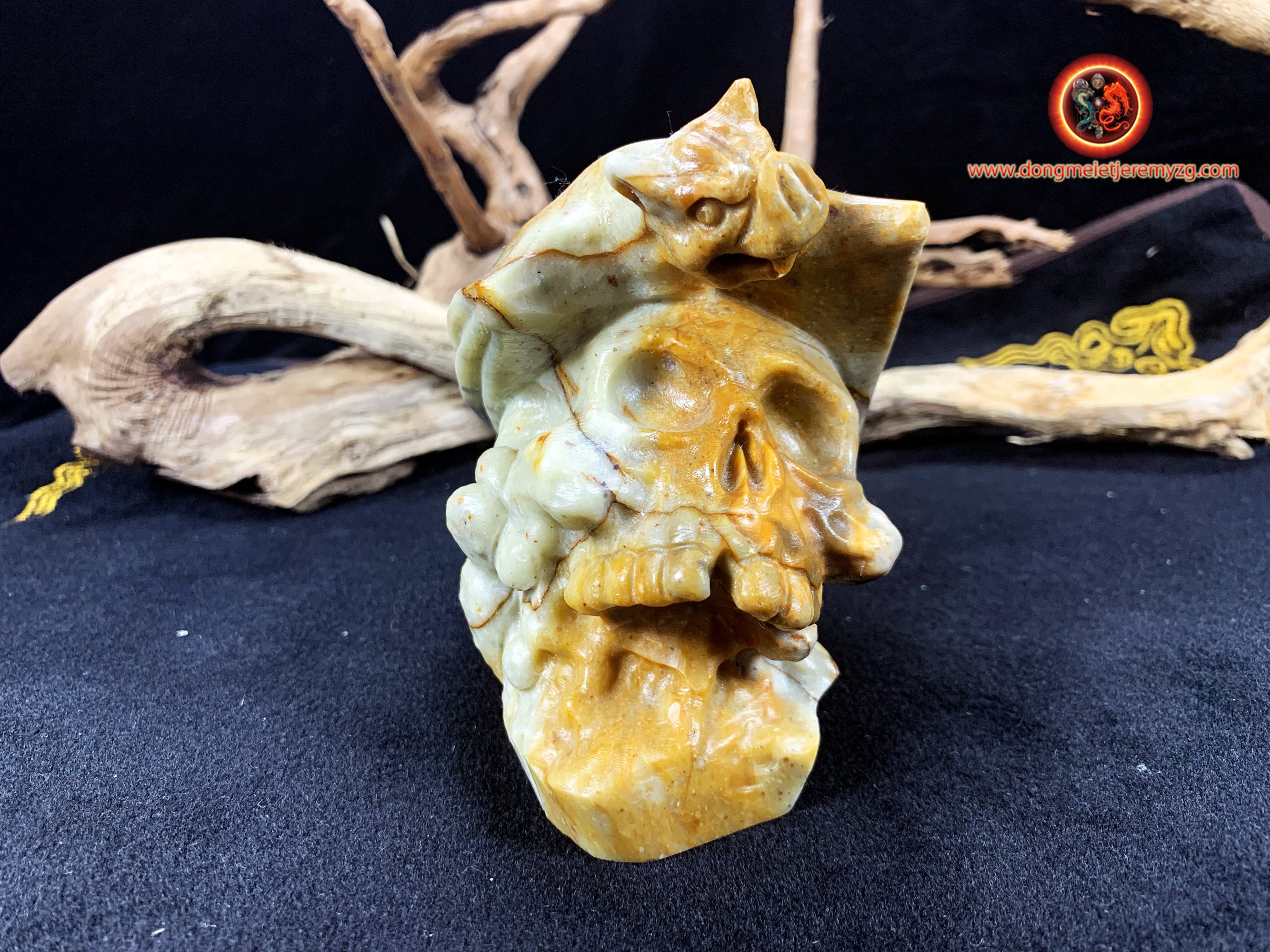 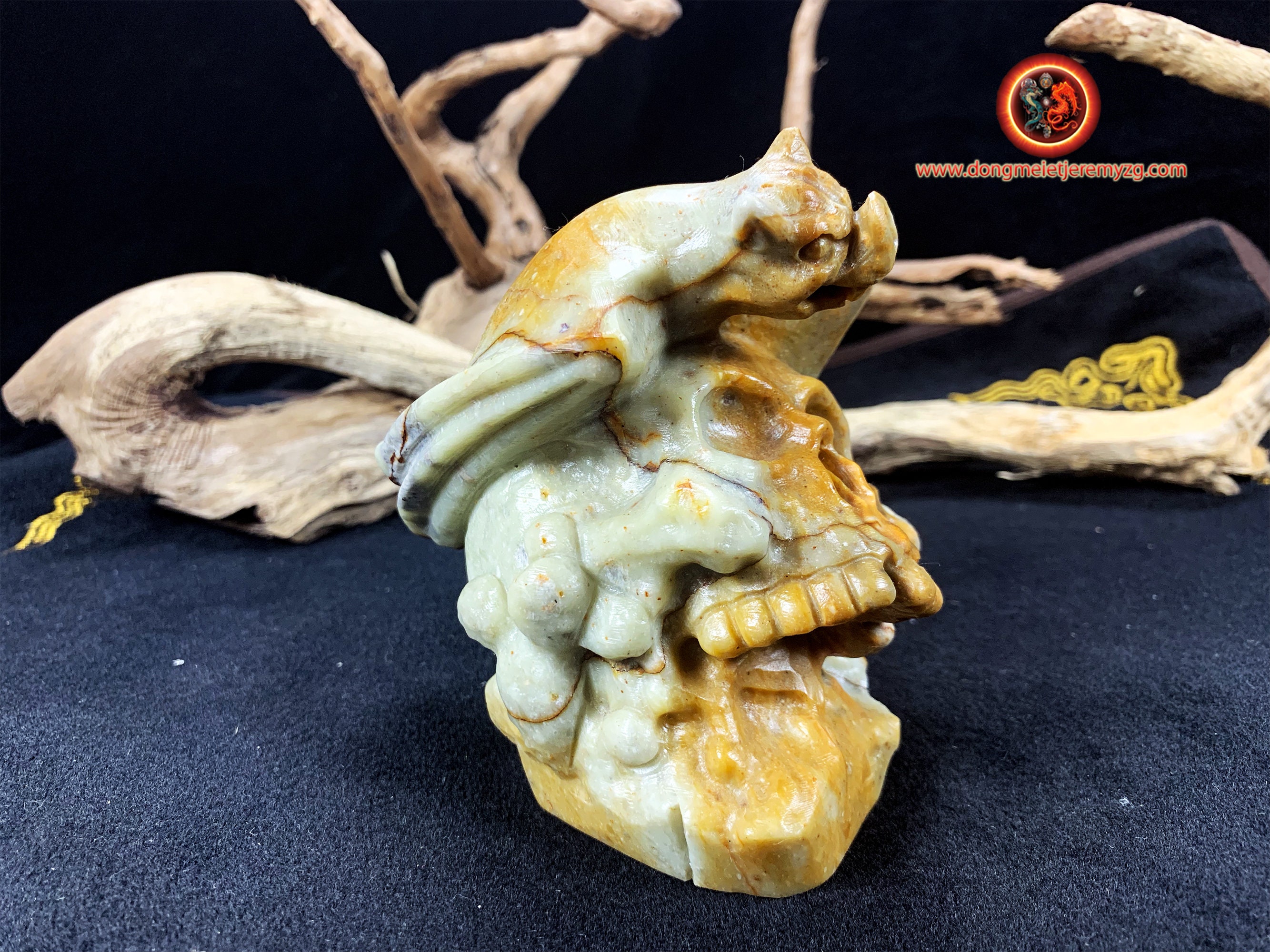 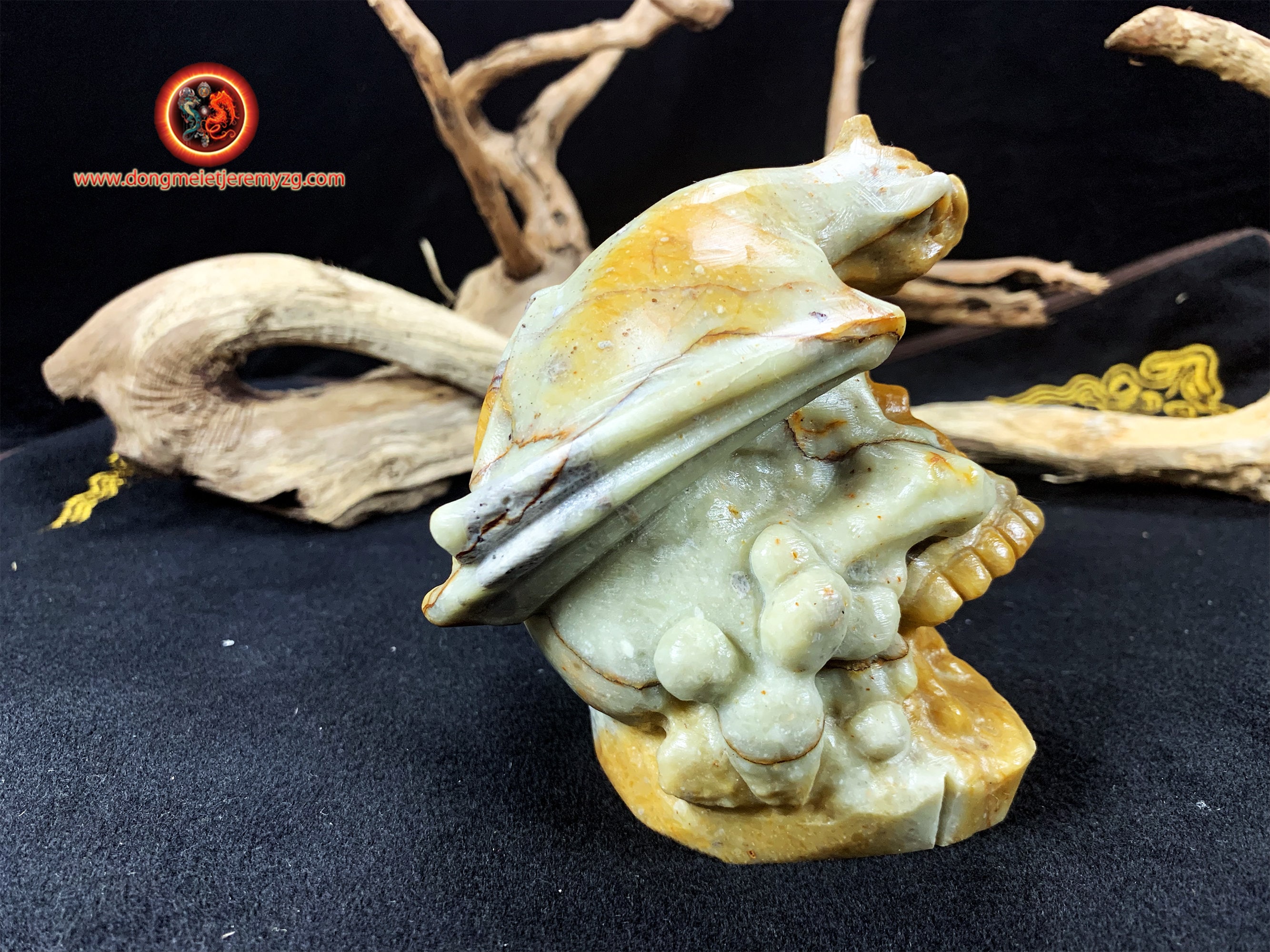 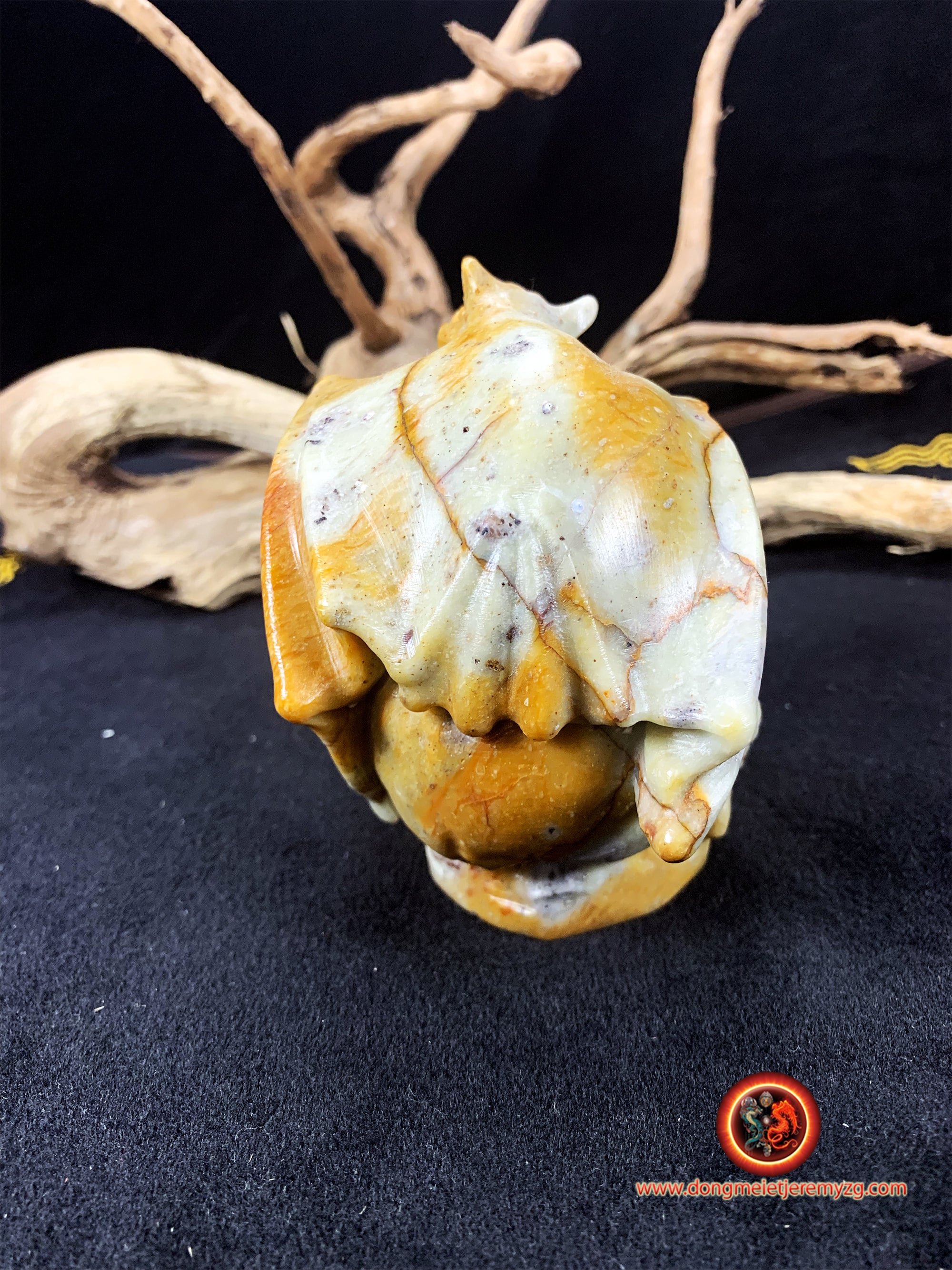 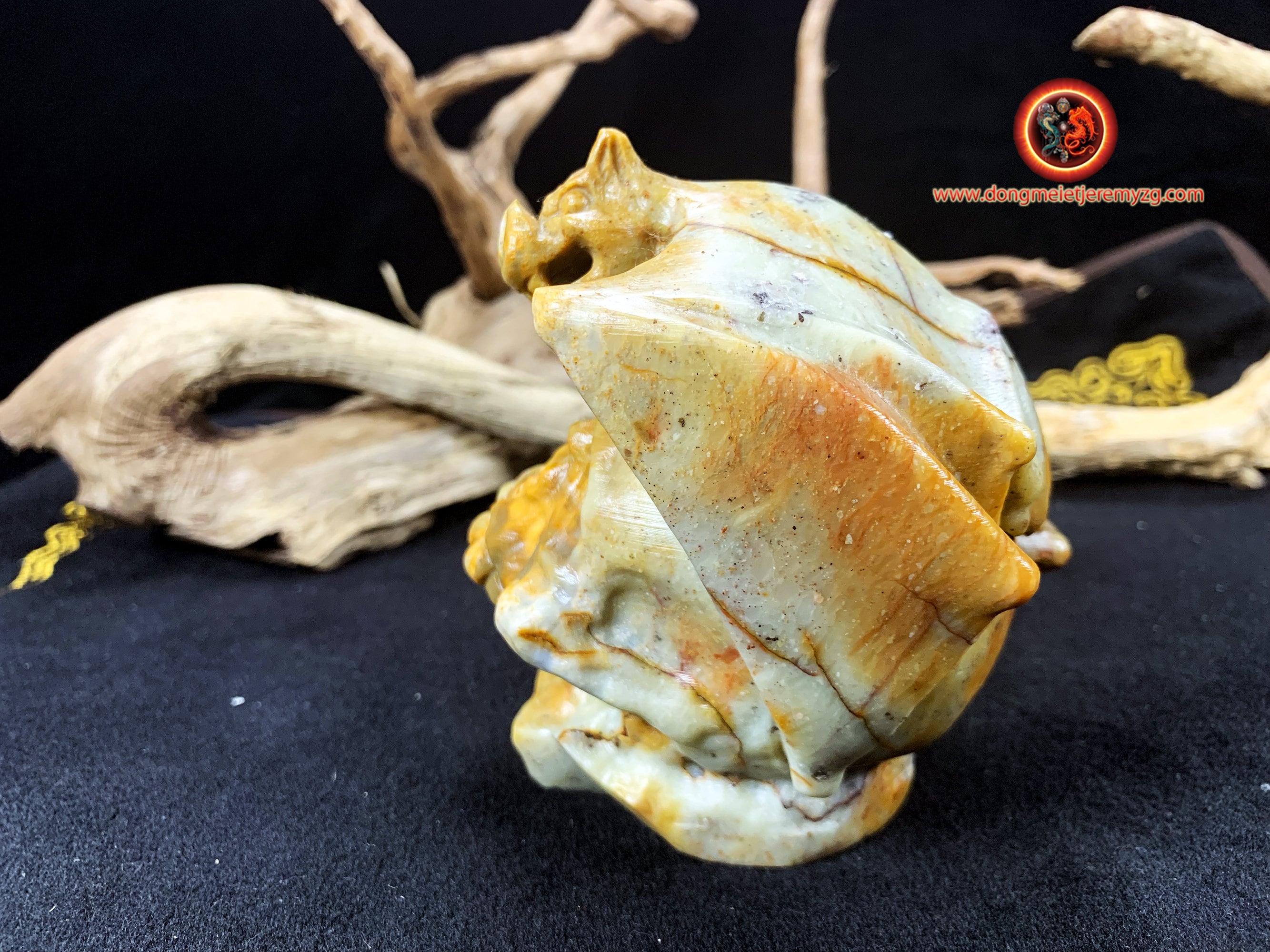 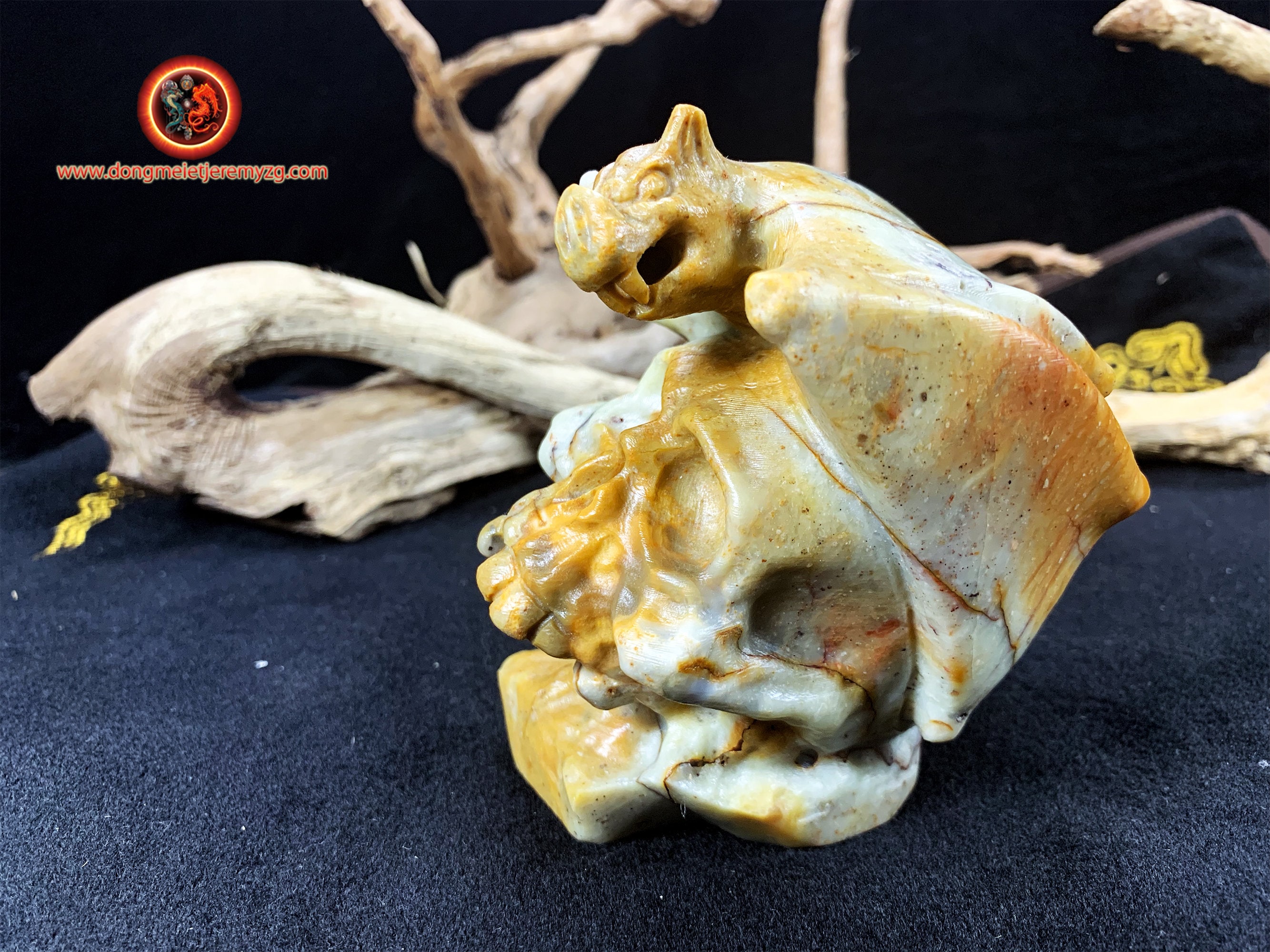 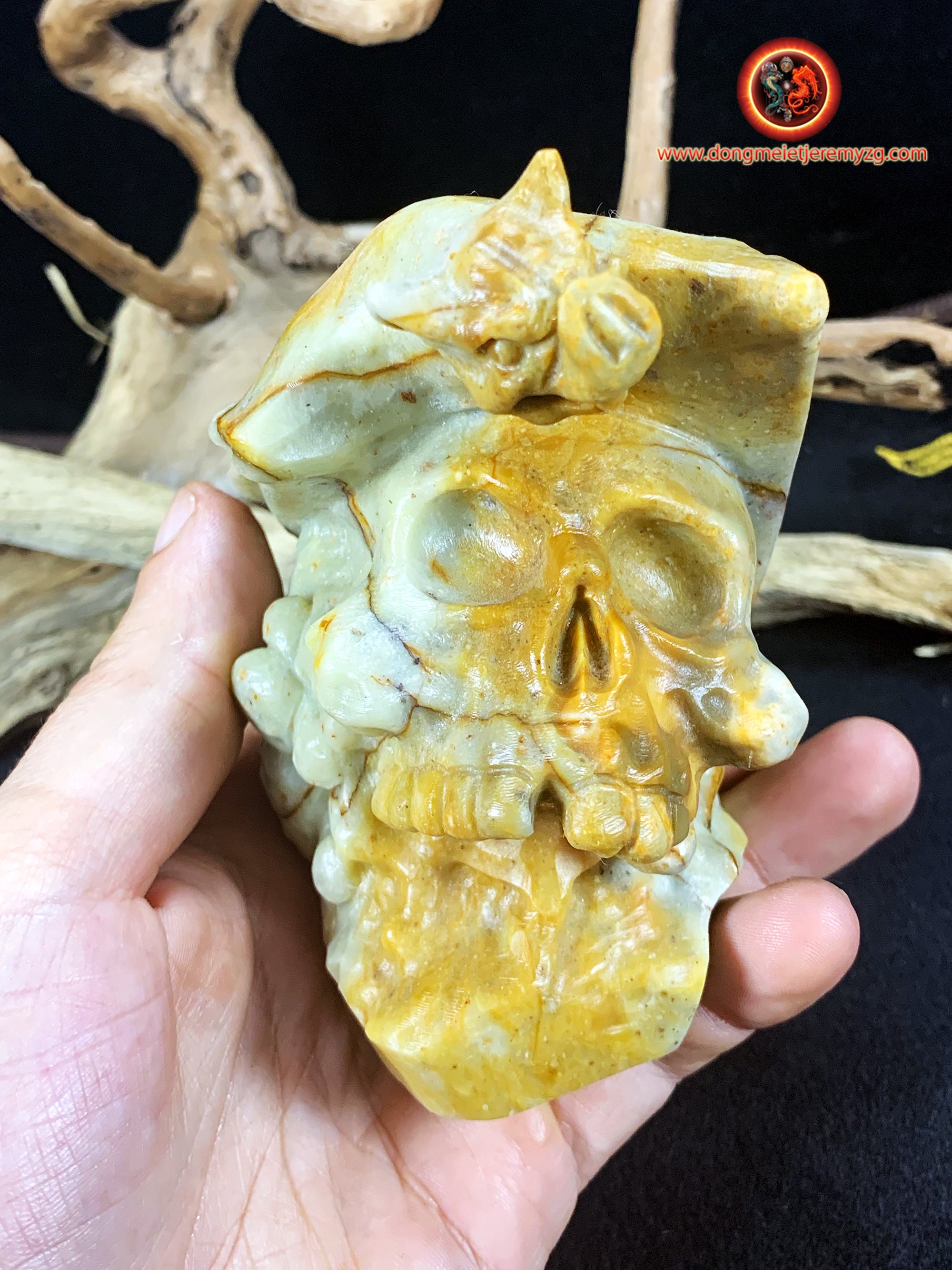 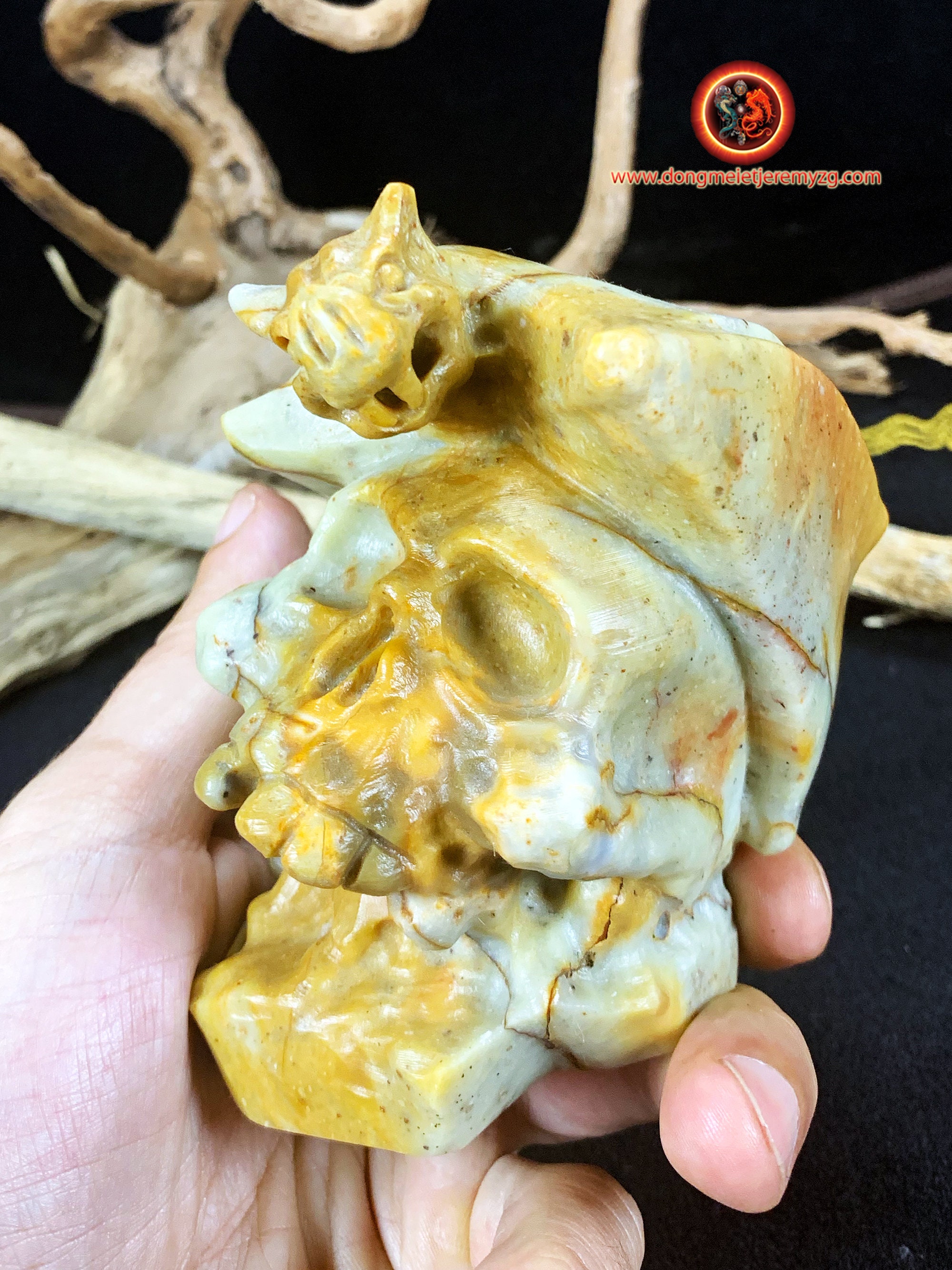 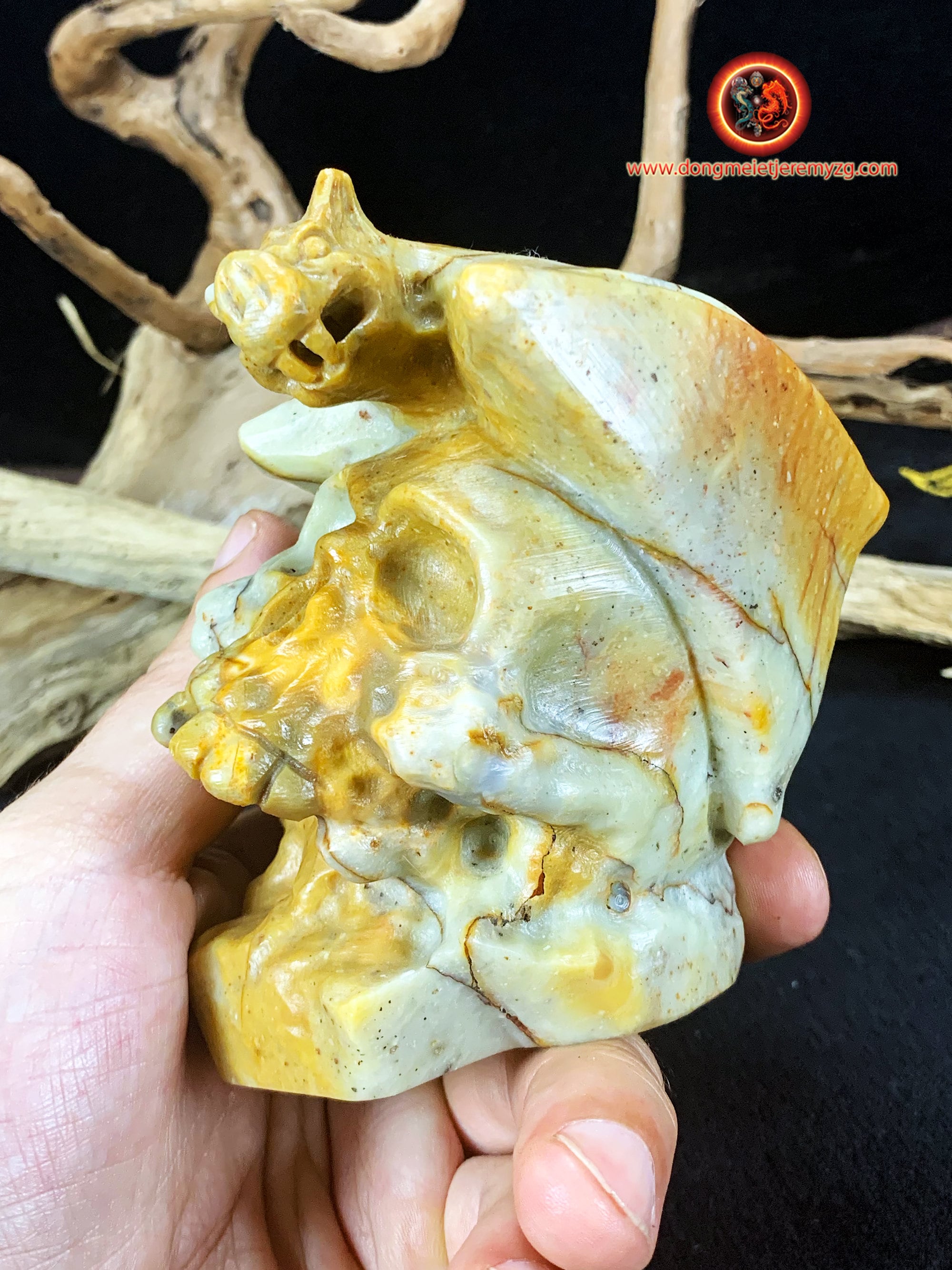 Video available via this link
https://youtu.be/lTF_9b_hbfM

in finely carved in Shoushan stone, Fujian region.
But what is the so-called "Shoushan" stone?
Shoushan stone carving is an art originating in fujian province in eastern China.

The stones used for the sculpture are also known as larderite and are mined in the village of Shoushan in northern Fujian. The use of stone for sculpture dates back to the Southern Dynasties (fifth century AD) and was frequently used during the Ming Dynasty.

Rock mainly made of pyrophyllite of clay minerals, larderite can be used to make art engravings and seal cutting pads, for sculptures in pagodas and similar objects.

Pyrophyllite is a mineral phyllosilicate composed of aluminum silicate hydroxide.
Pyrophyllite is present in phyllite and shale rocks, often associated with cyanite, of which it is a spoilage product. It also occurs in the form of hydrothermal deposits . Typical associated minerals include: cyanite, Andalusian, topaz, mica and quartz.

The skull represents knowledge. For some people, a crystal skull is simply an object carved from quartz crystal in the shape of a human skull. They can be made of light or colored crystal, and they range from roughly carved to incredibly detailed. Some crystal skulls are only a few centimeters in diameter, while others are life-size. Whether you find them beautiful or scary, many crystal skulls are representations of amazing know-how. This is partly why some of them have been (and still are) exhibited at the Smithsonian, the British Museum and the Musée de l'Homme in Paris.

But according to proponents of the supernatural and occultism, crystal skulls are more than just interesting artifacts. They can represent unhappiness and destruction, or hope and healing. Some people think that crystal skulls can be used as crystal balls to see visions of the past, present and future. They claim that skulls emit psychic energy, auras or even sounds. Believers point to mayan creation myths that refer to crystal skulls and a story that 13 crystal skulls were scattered by the Mayans thousands of years ago to be discovered and reunited in modern times.