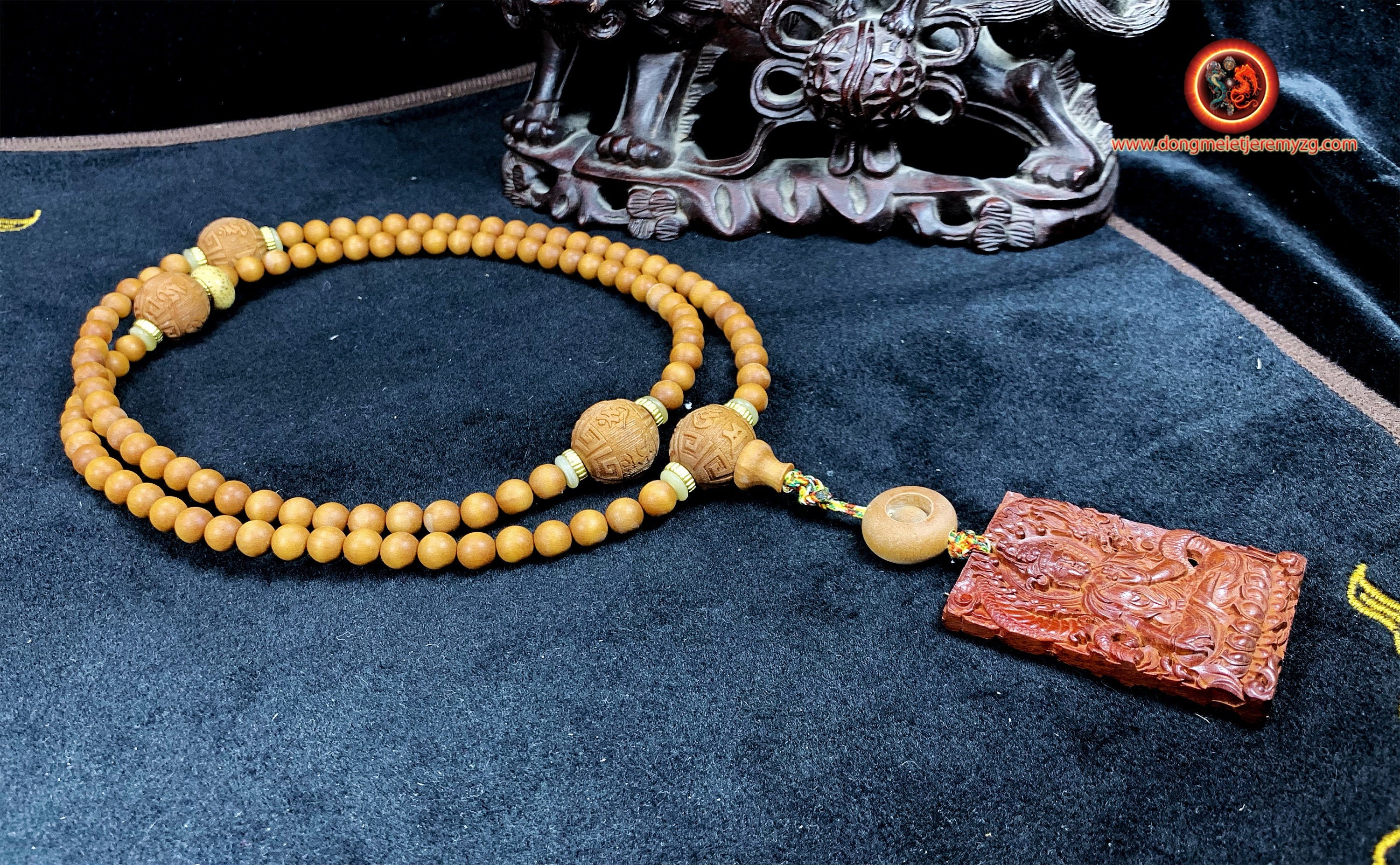 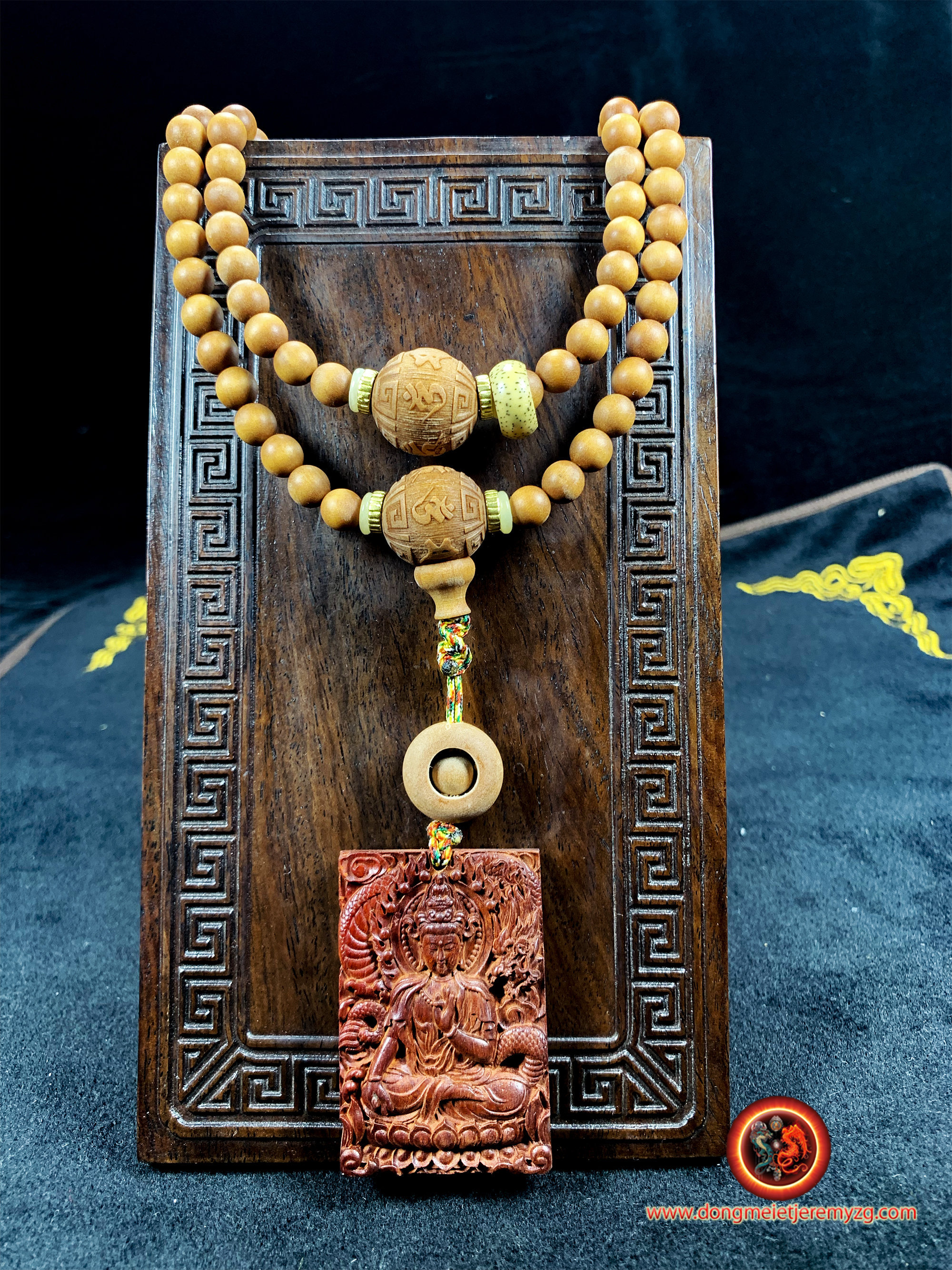 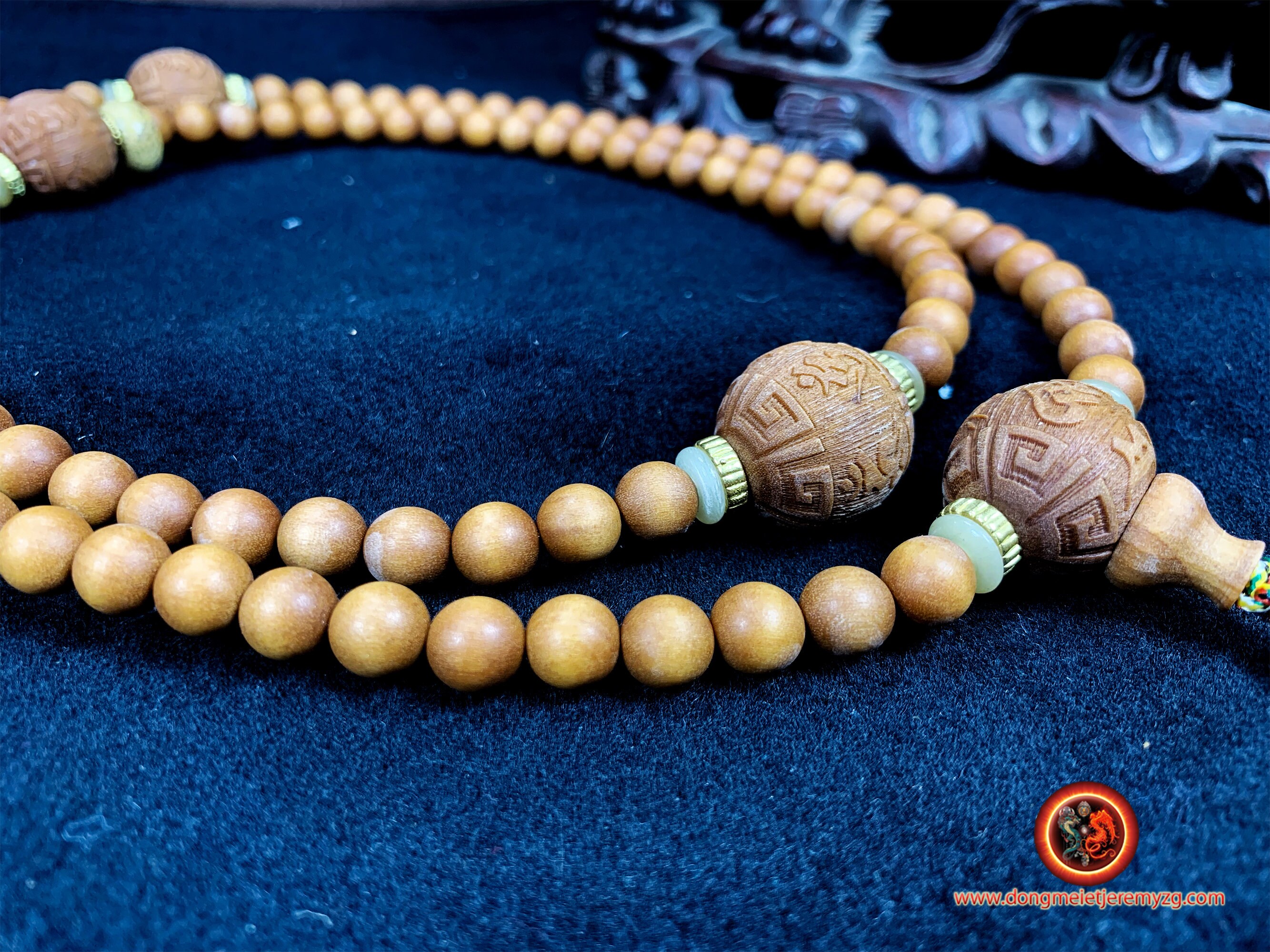 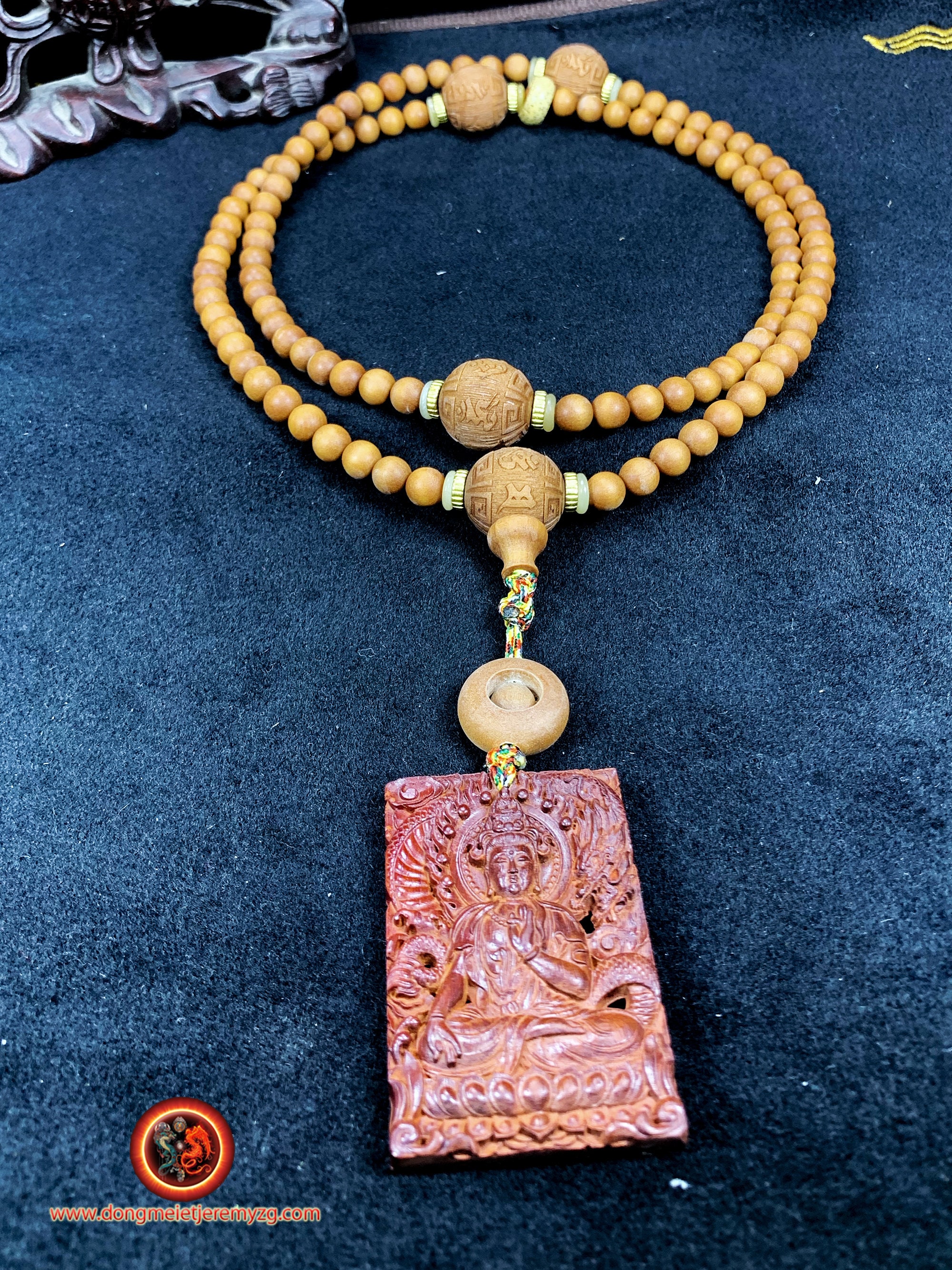 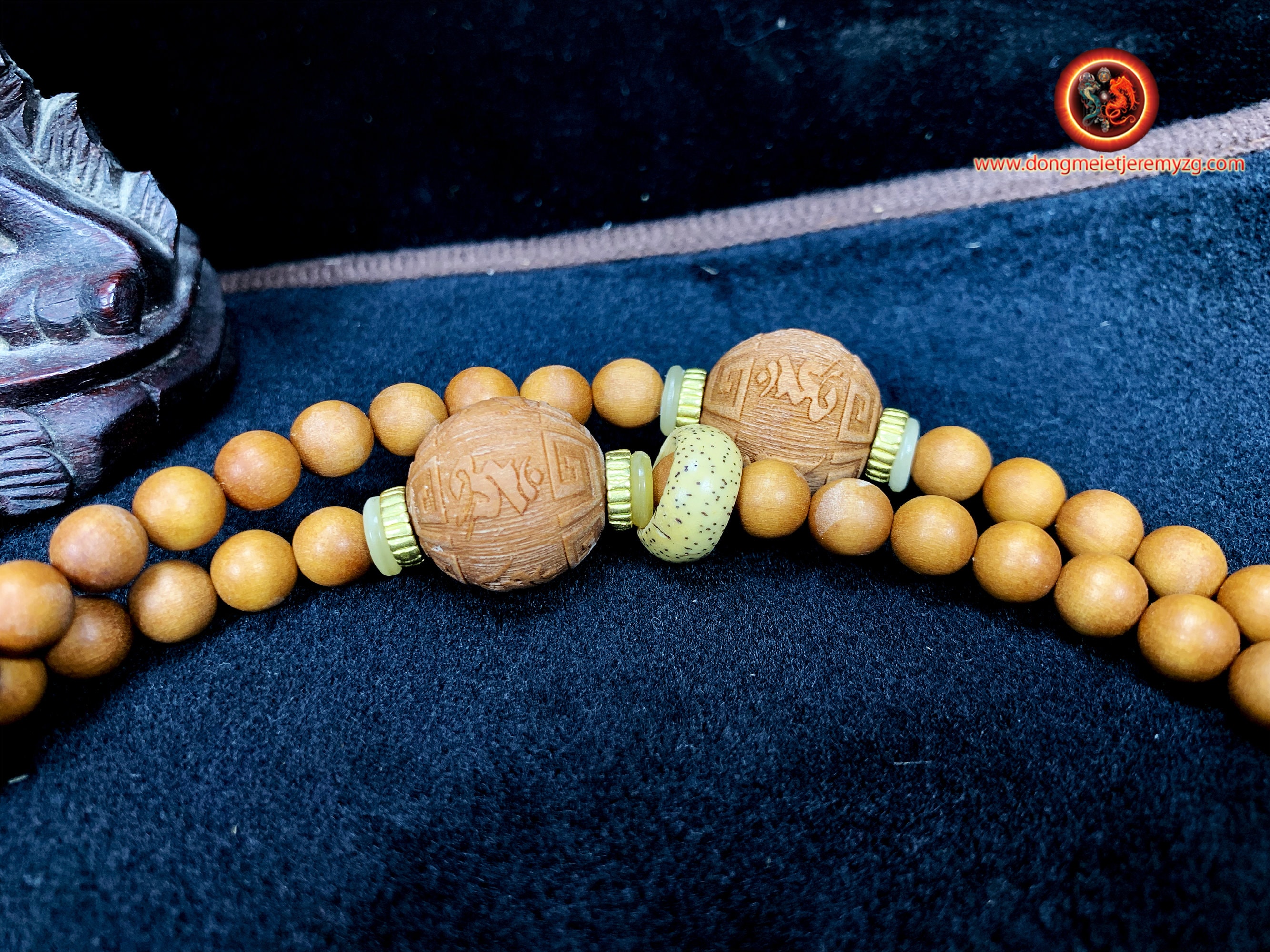 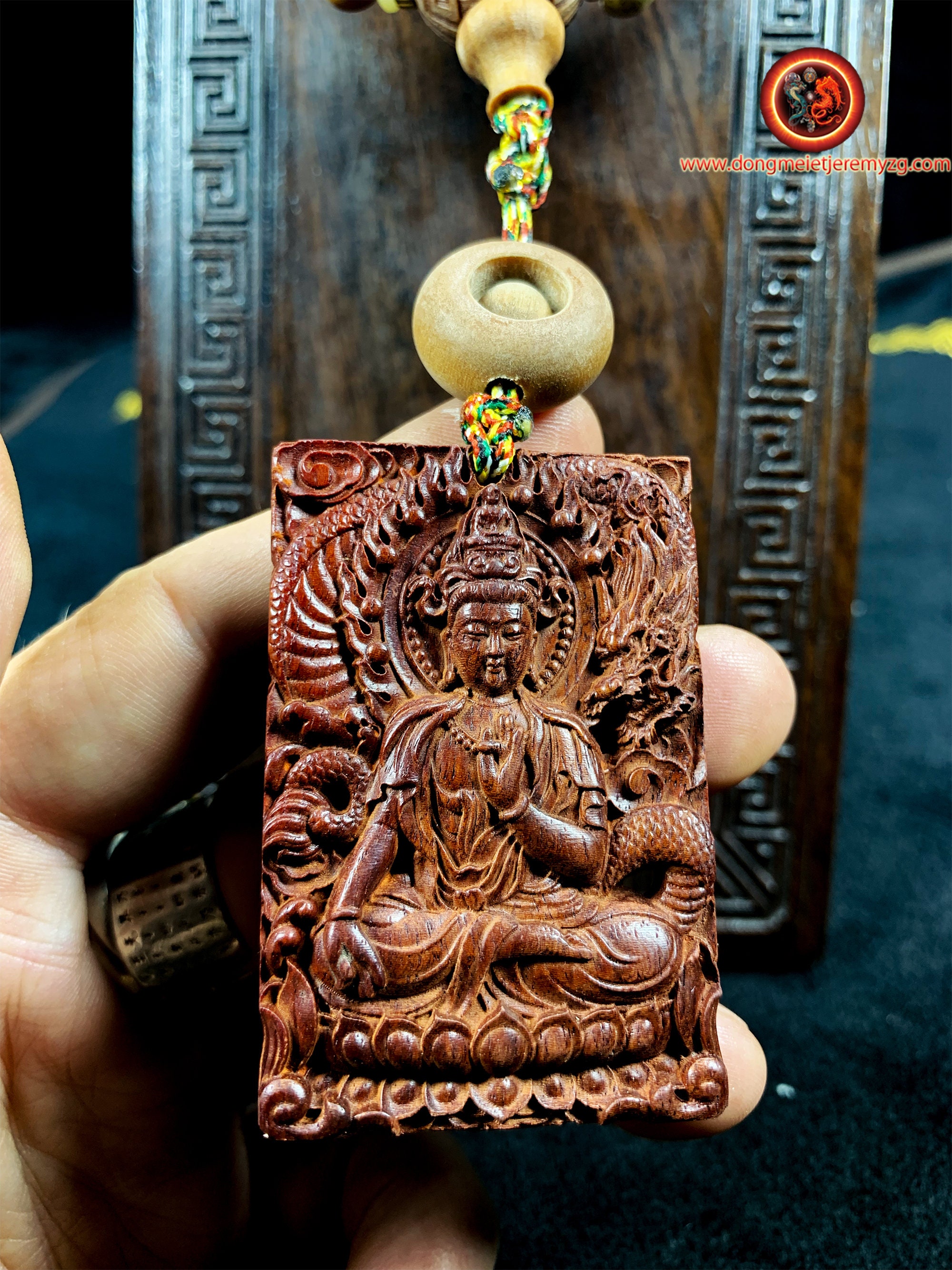 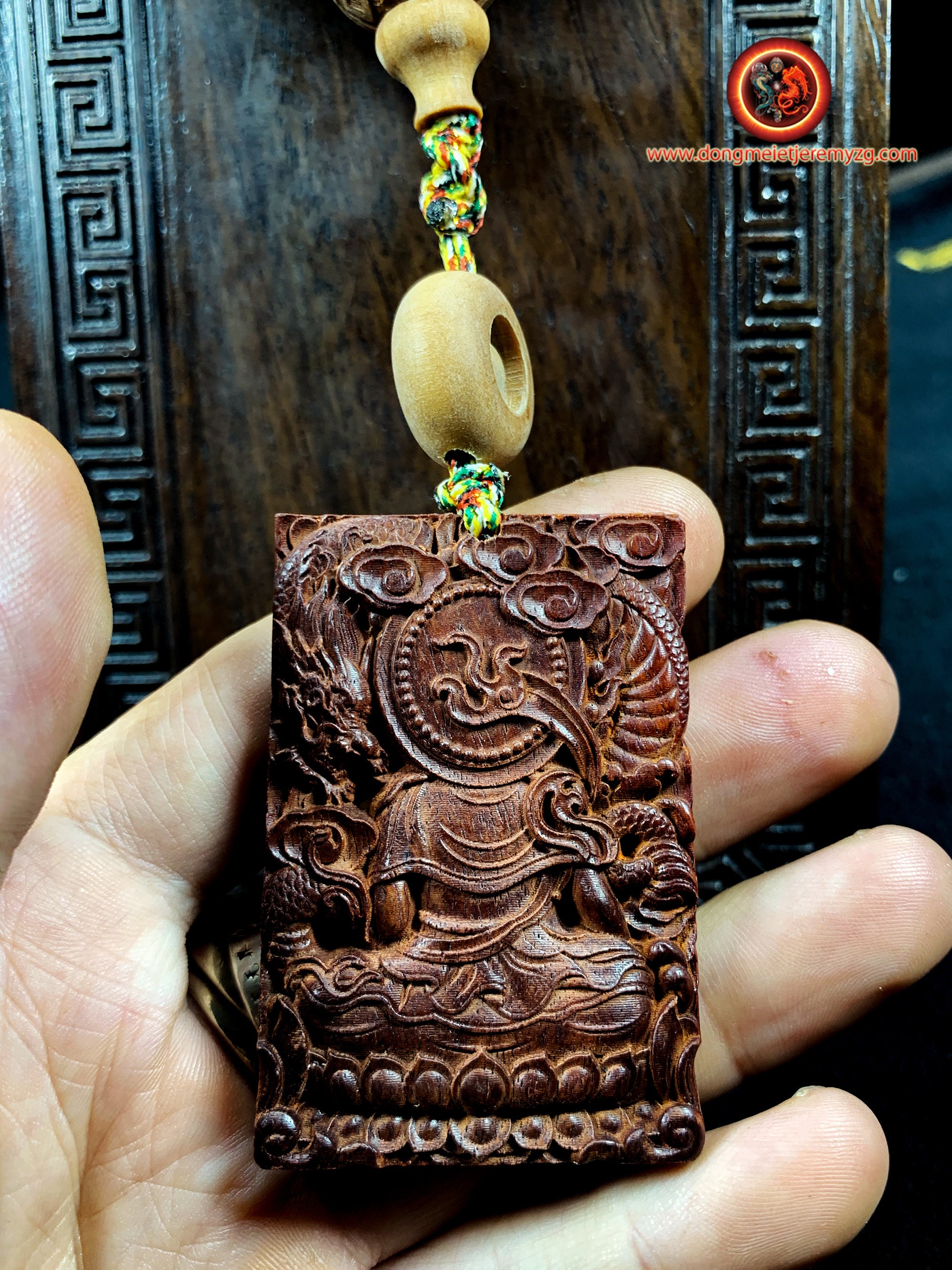 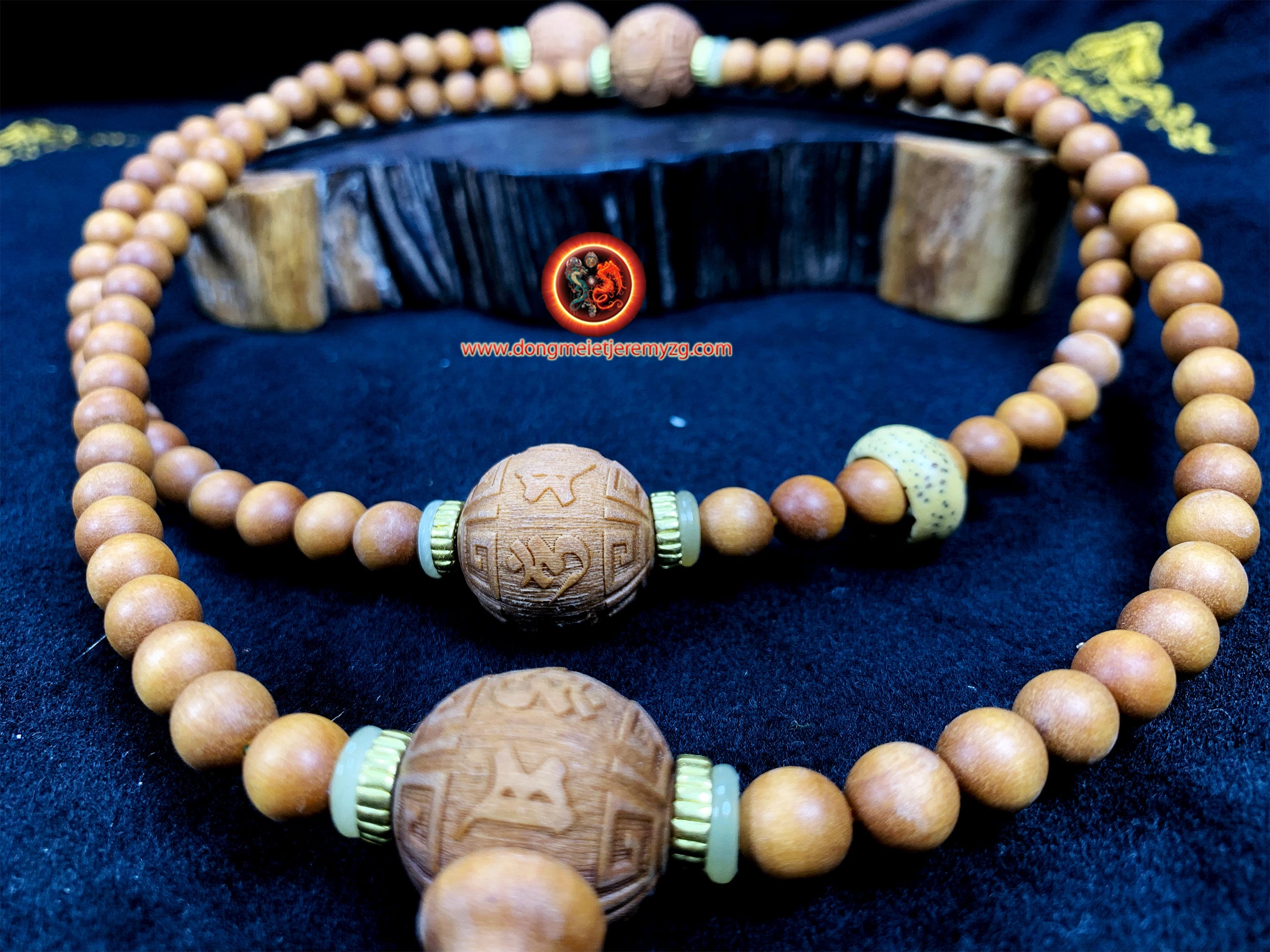 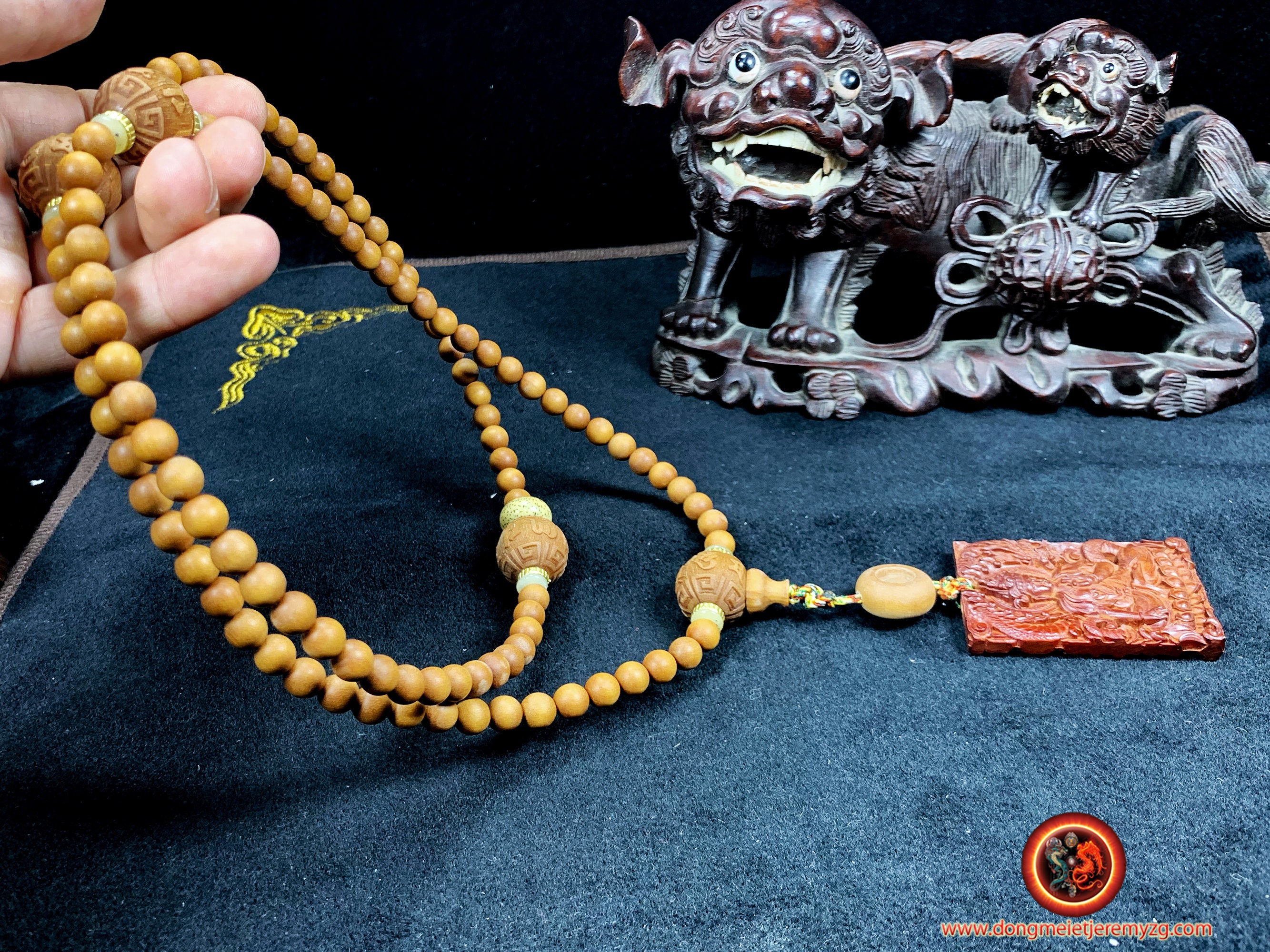 This mala is composed of 108 sandalwood beads of 8mm diameter each.
Santalum ellipticum, native to Hawaii.
the 3 counter beads of 20mm also of the same sandalwood have the mantra of compassion "om mani padme hum" engraved.

As a finish, we added a red sandalwood pendant, representing the bodhisattva of Chenrezi compassion to the dragon.
Pendant dimension: 60mm long by 40mm wide by 10mm thick.