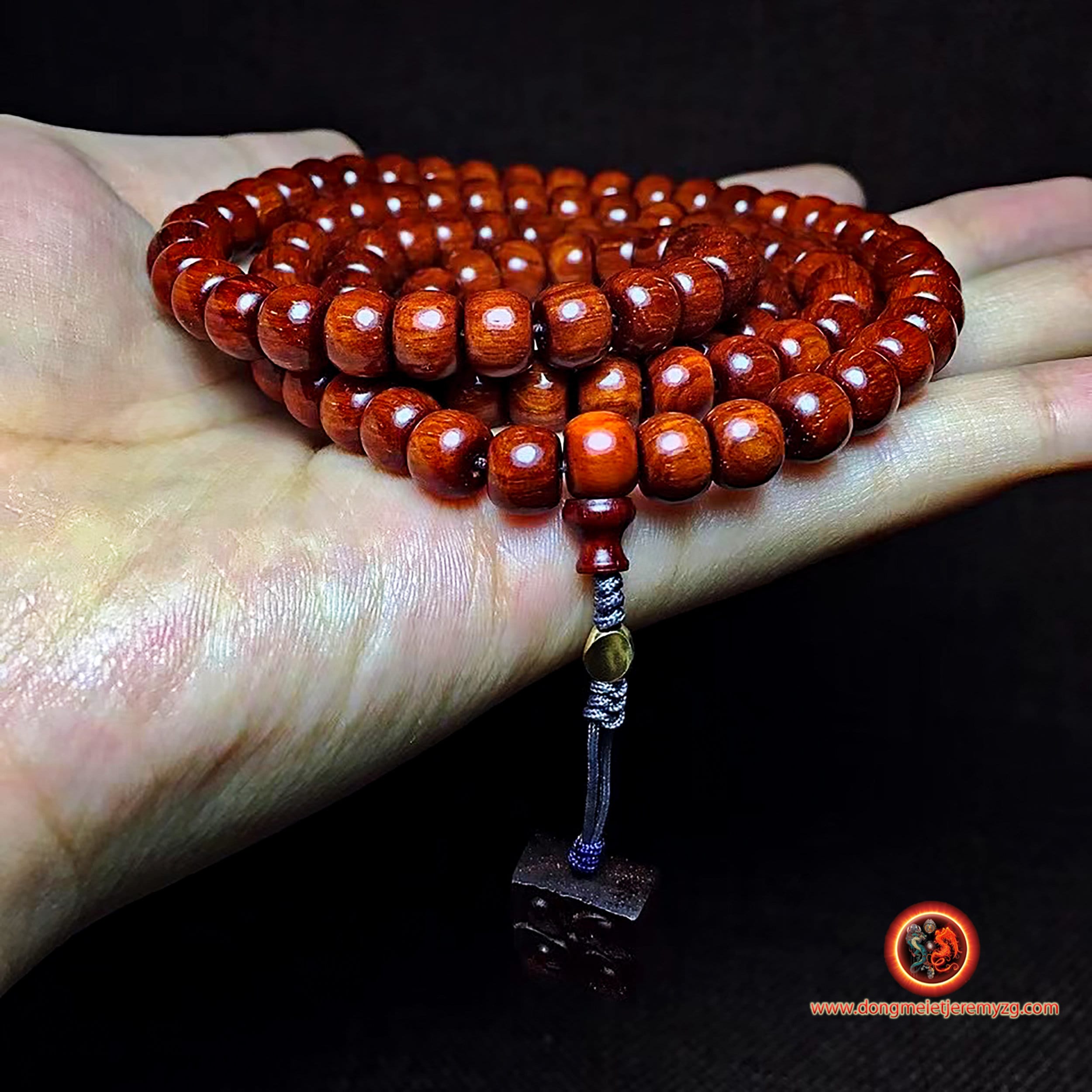 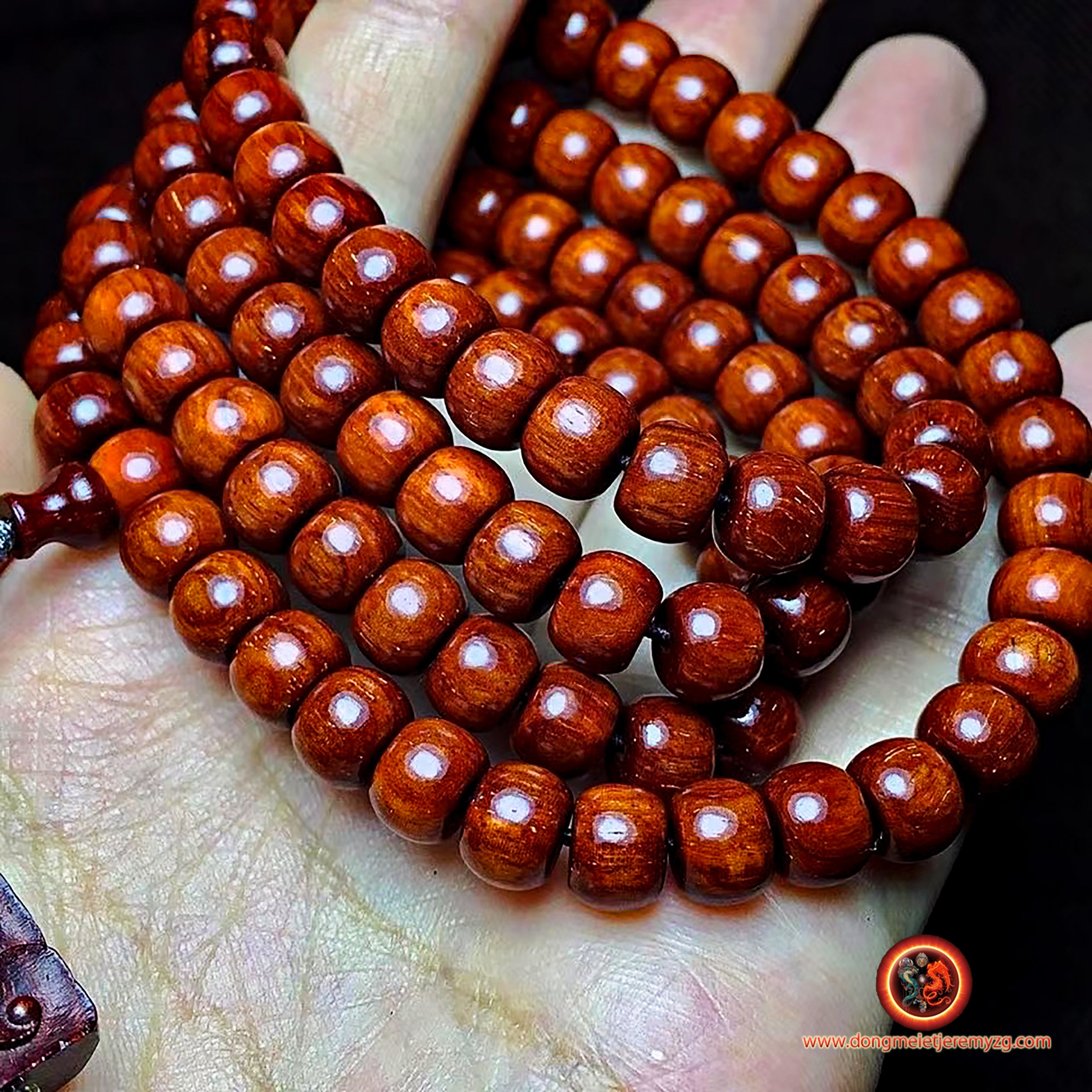 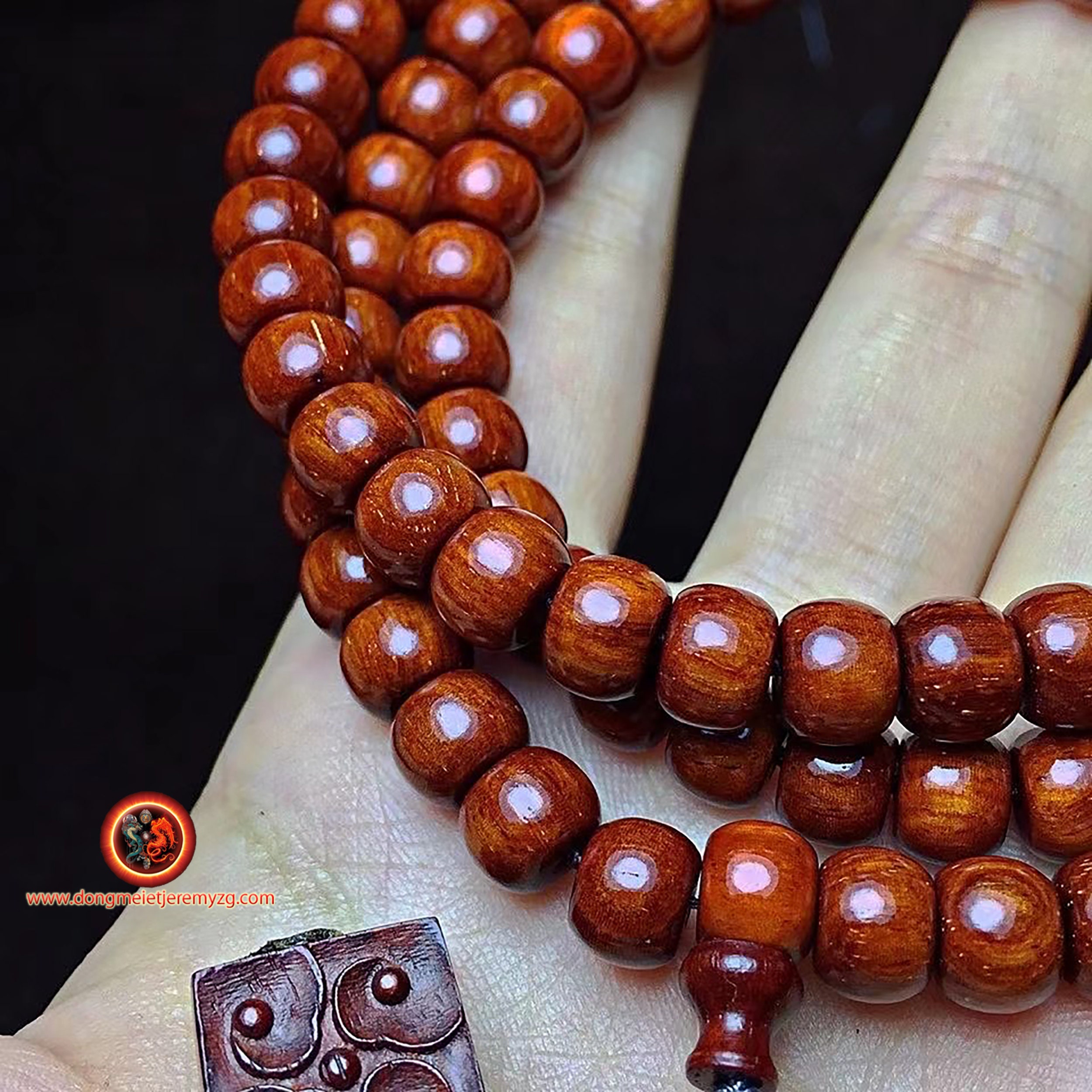 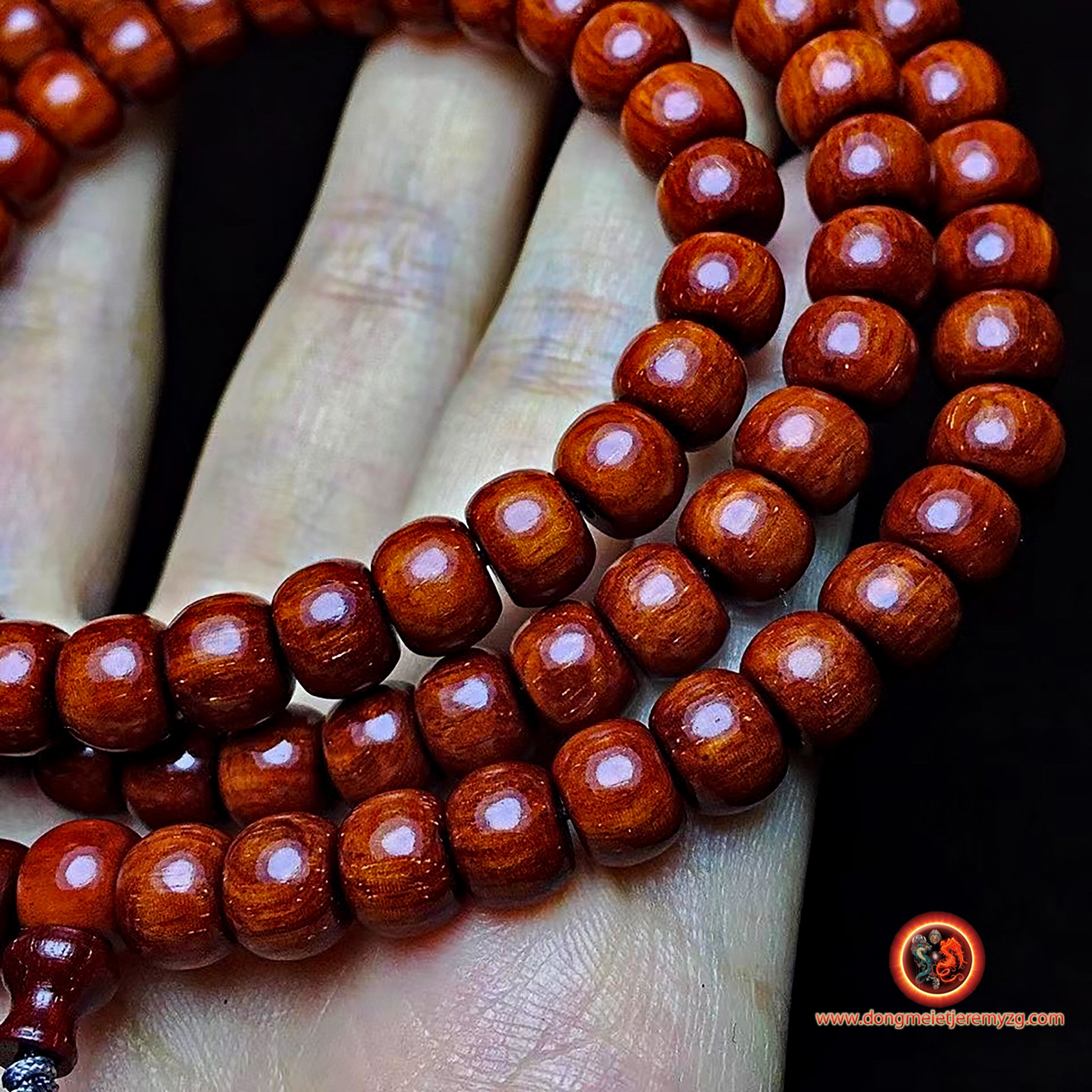 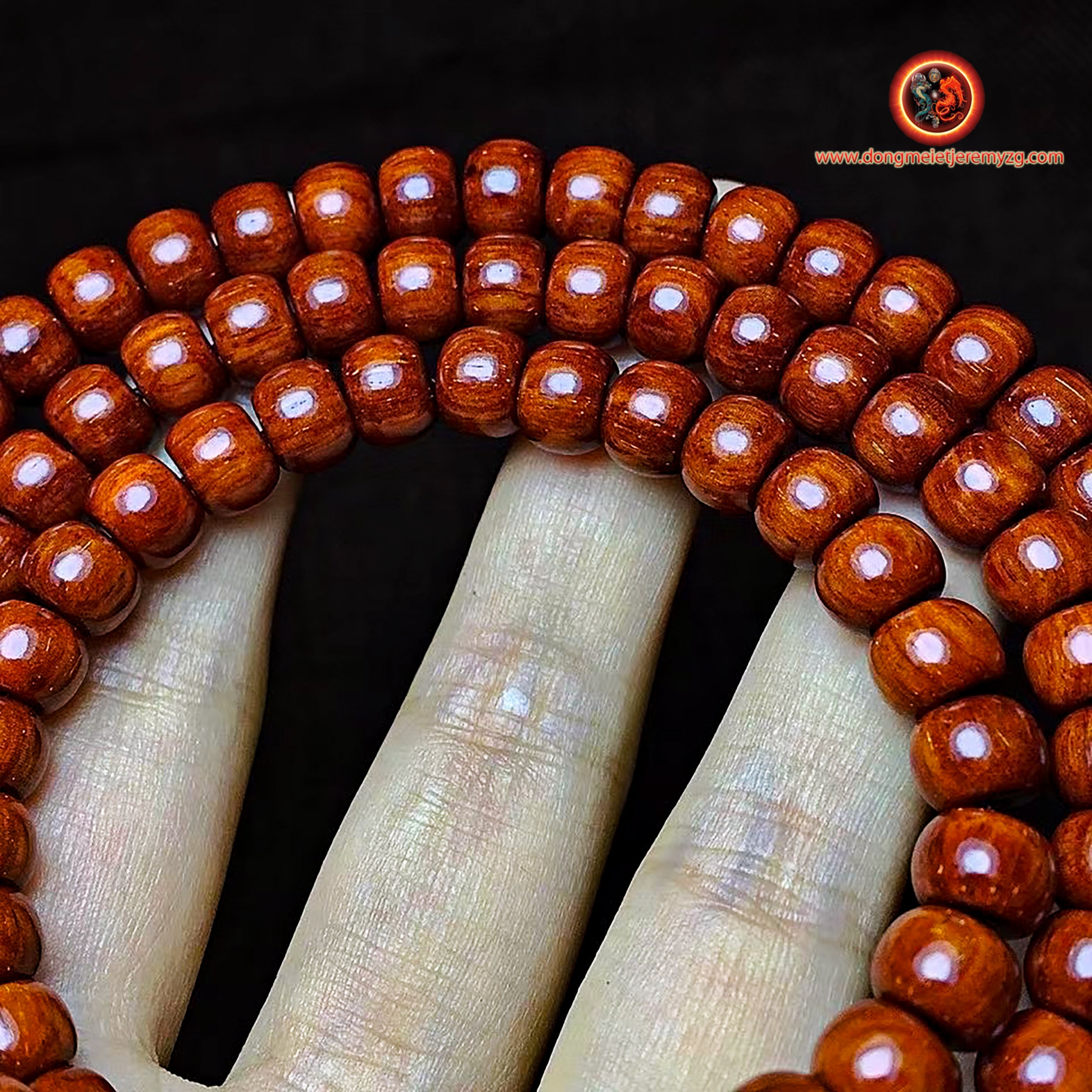 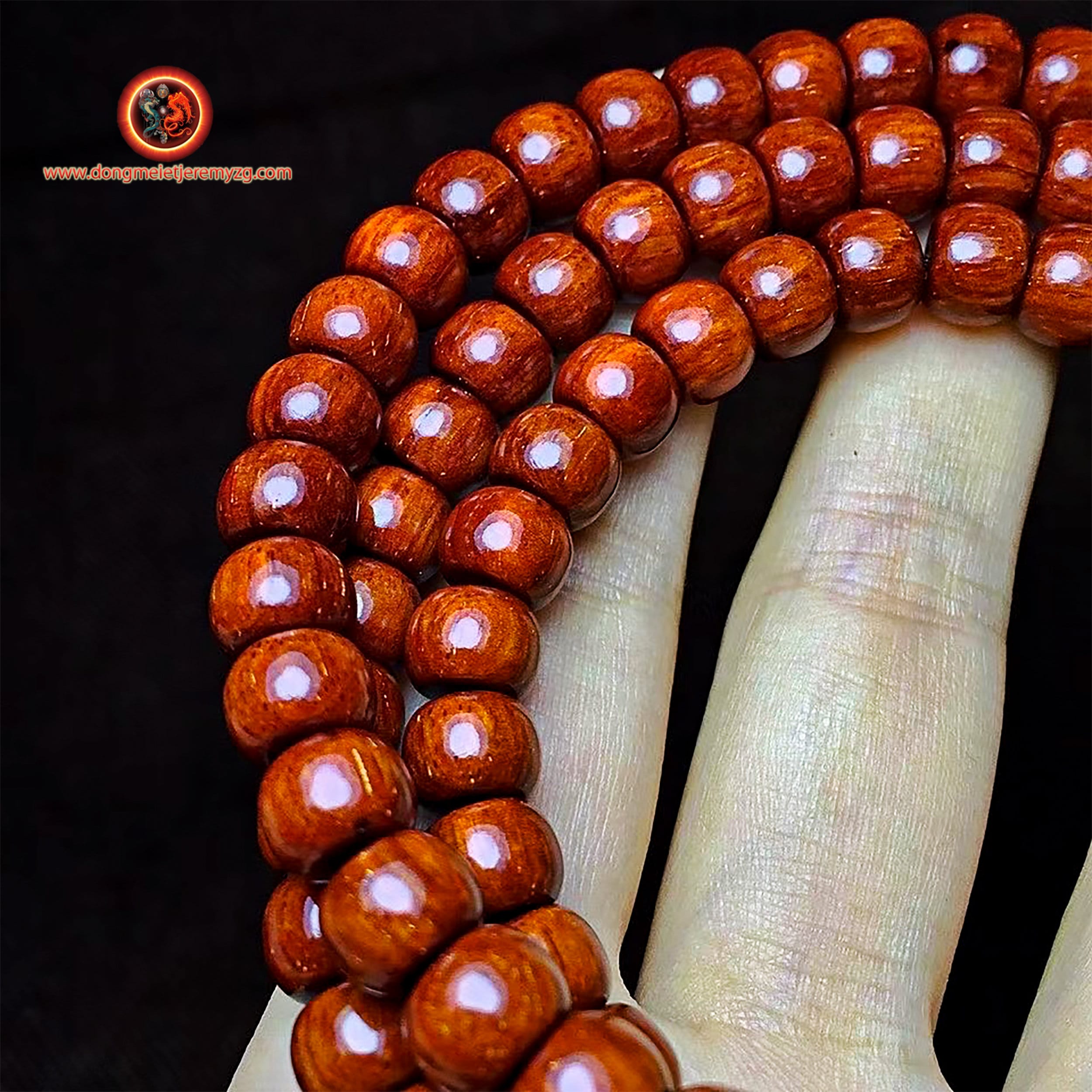 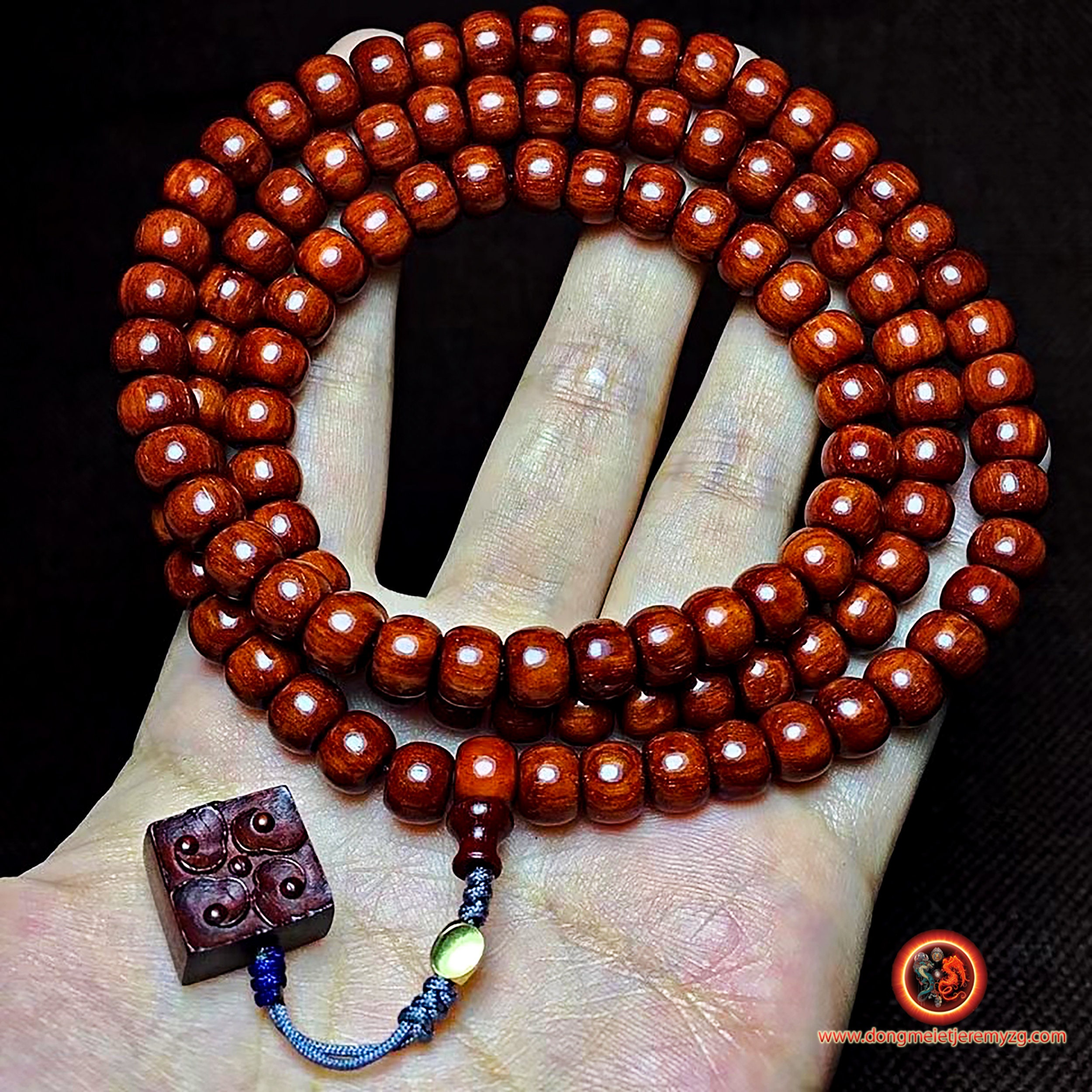 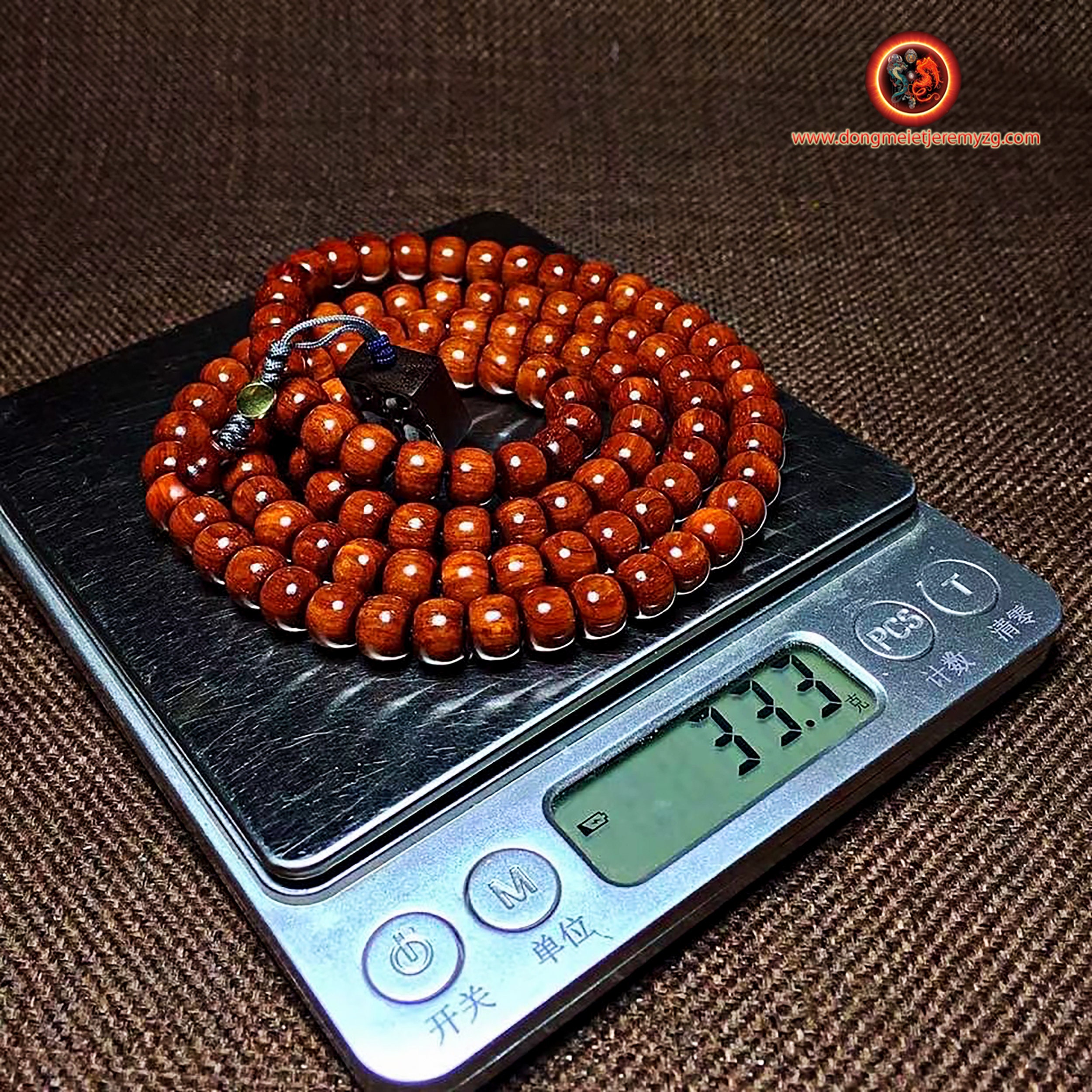 Our article explaining in detail the mala and the creative process available via this link
https://www.dongmeietjeremyzg.com/post/1037950288233/mala-histoires-et-explications-du

This mala is composed of 108 red sandalwood beads, a rare quality of collection from India.
much rarer than white sandalwood has no characteristic smell and is part of the very valuable woods.
In Buddhism, sandalwood is one of the Padma (lotus) and corresponds to the Amitabha Buddha, plus the element of this Buddha is fire and its color, red. Sandalwood is considered capable of transforming desires and retaining the attention of a person practicing meditation.
Sandalwood is one of the main constituents of incense made in China, Taiwan, Japan, Vietnam, Korea, and is intended to be lit in temples or during worship. It is also widely used in India for these same applications.

Dimension of each pearl: 6mm by 8mm