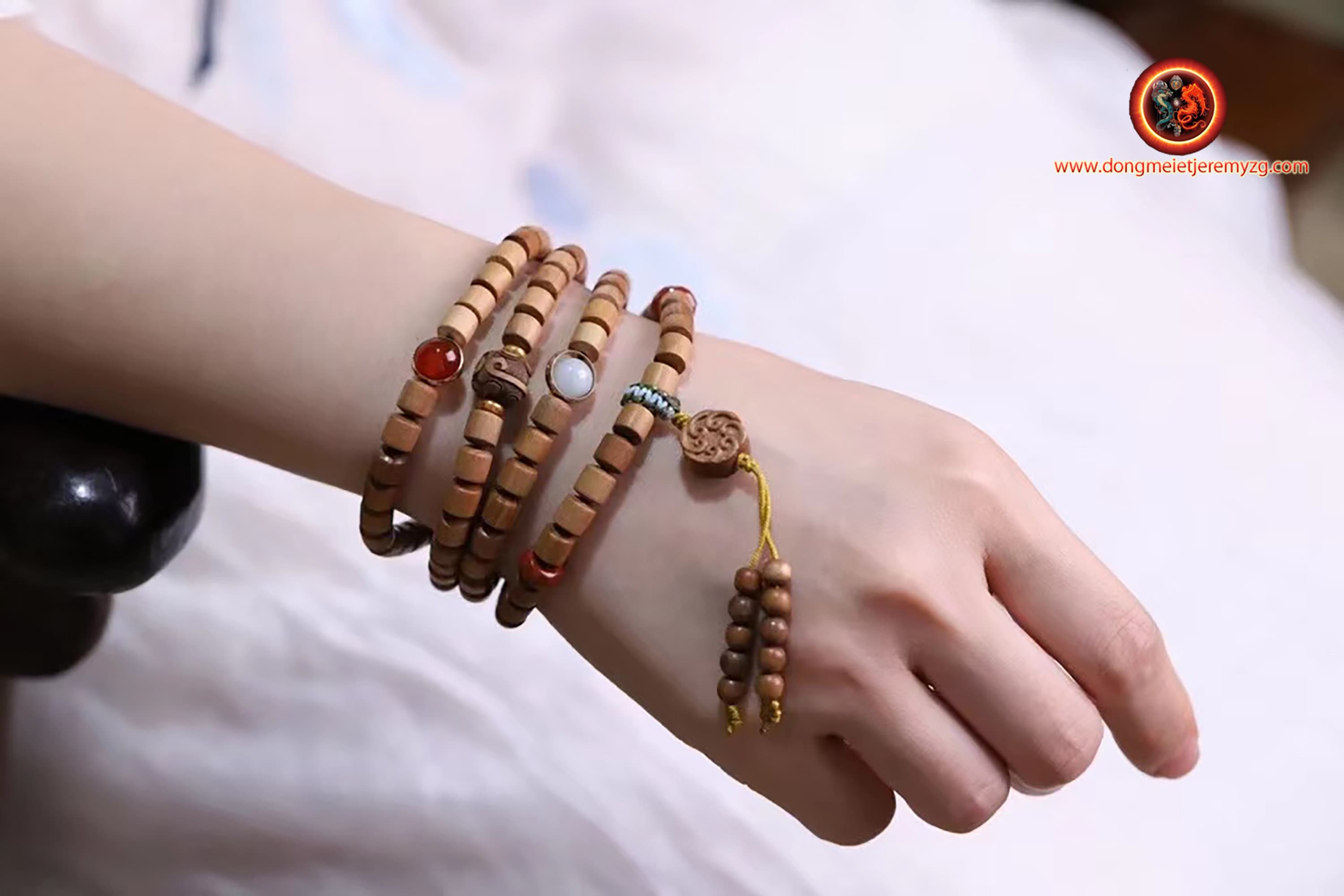 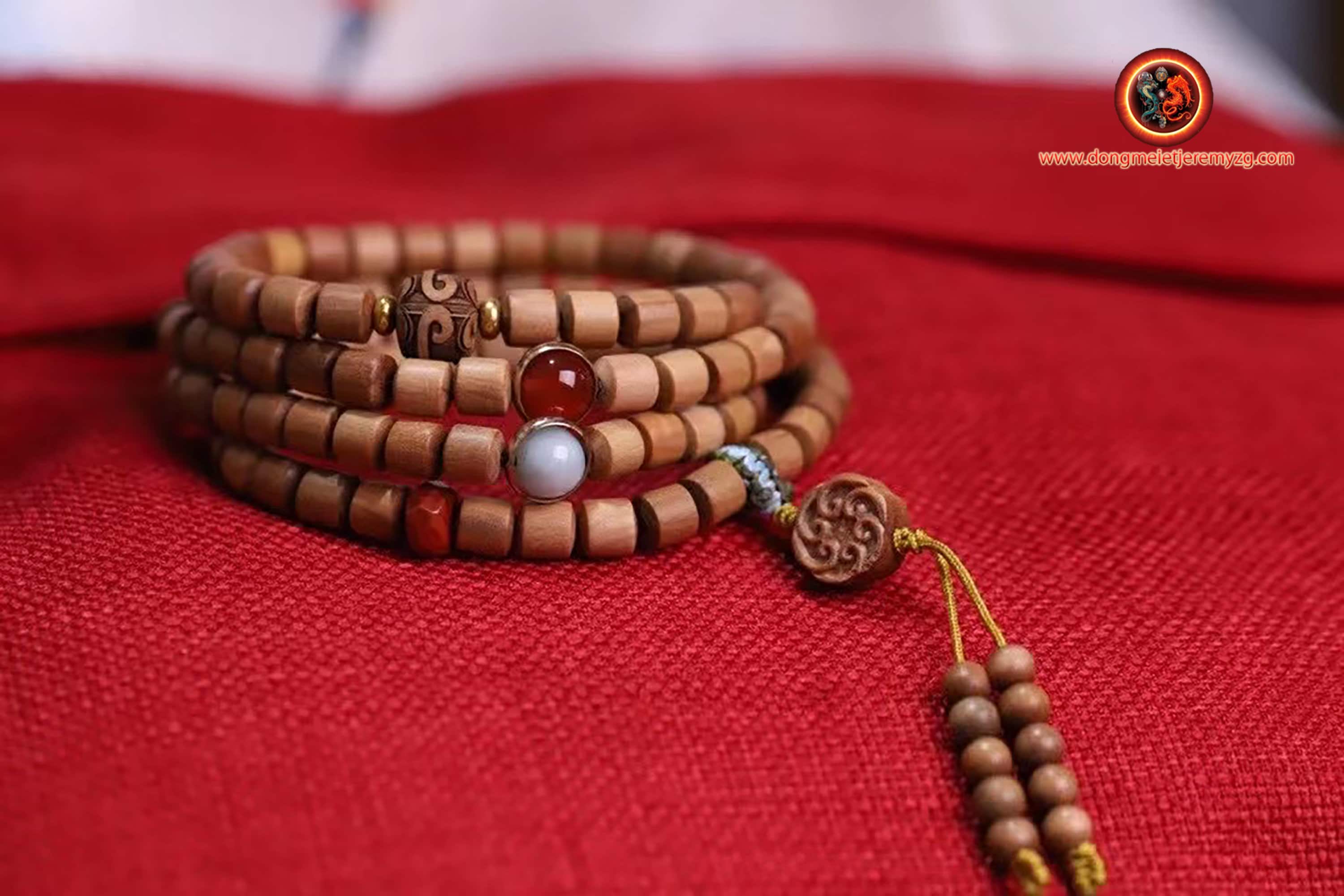 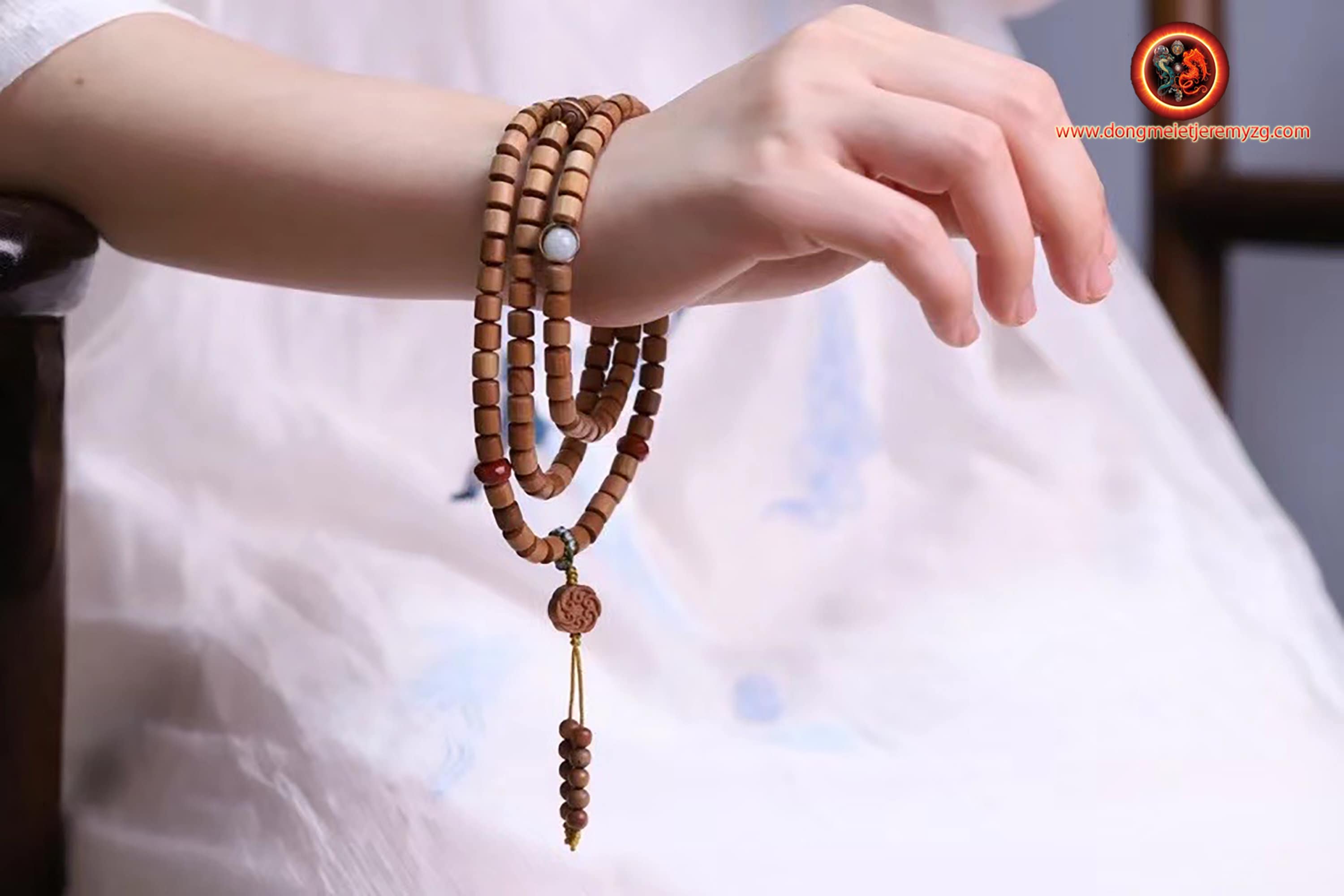 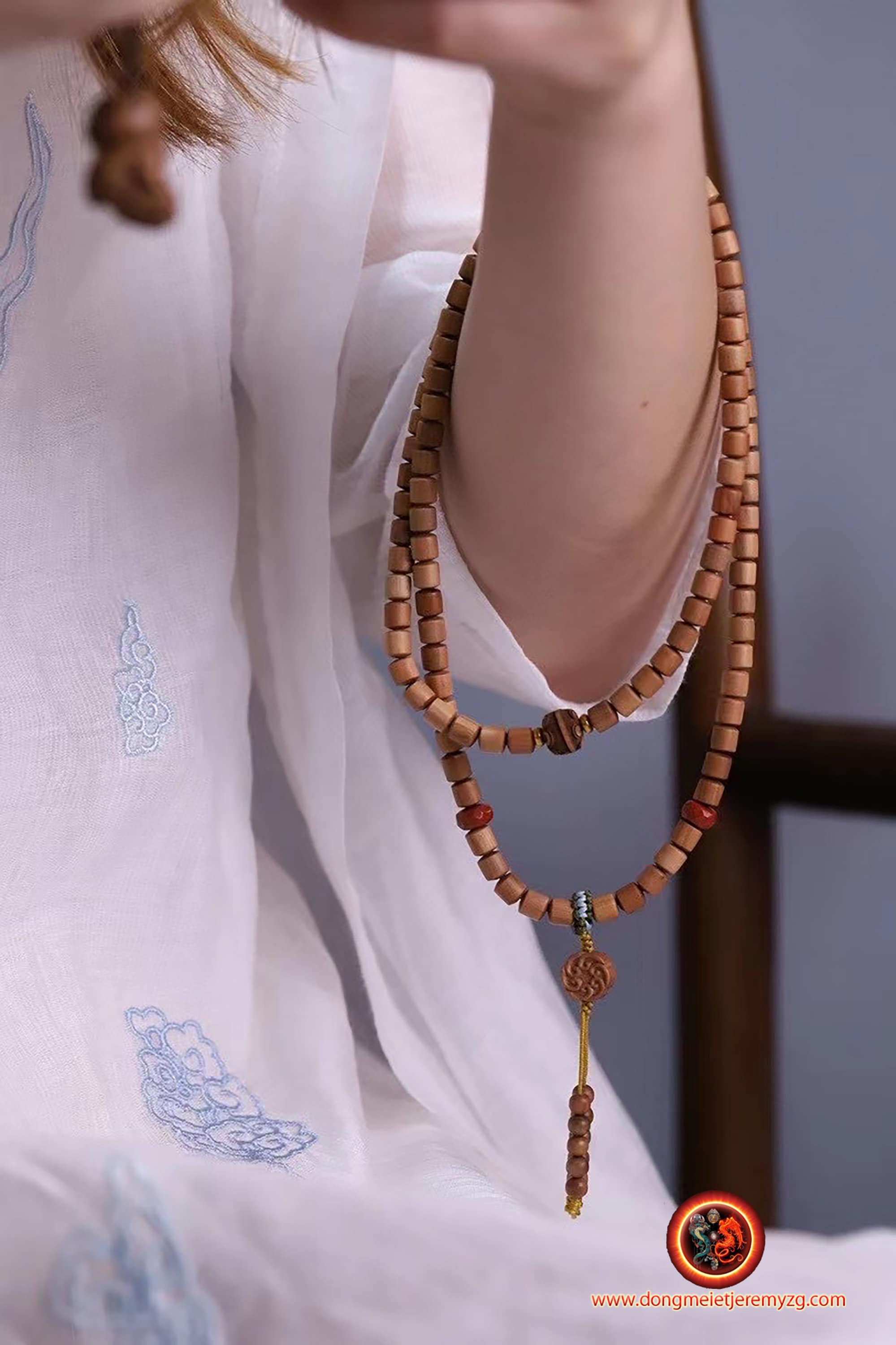 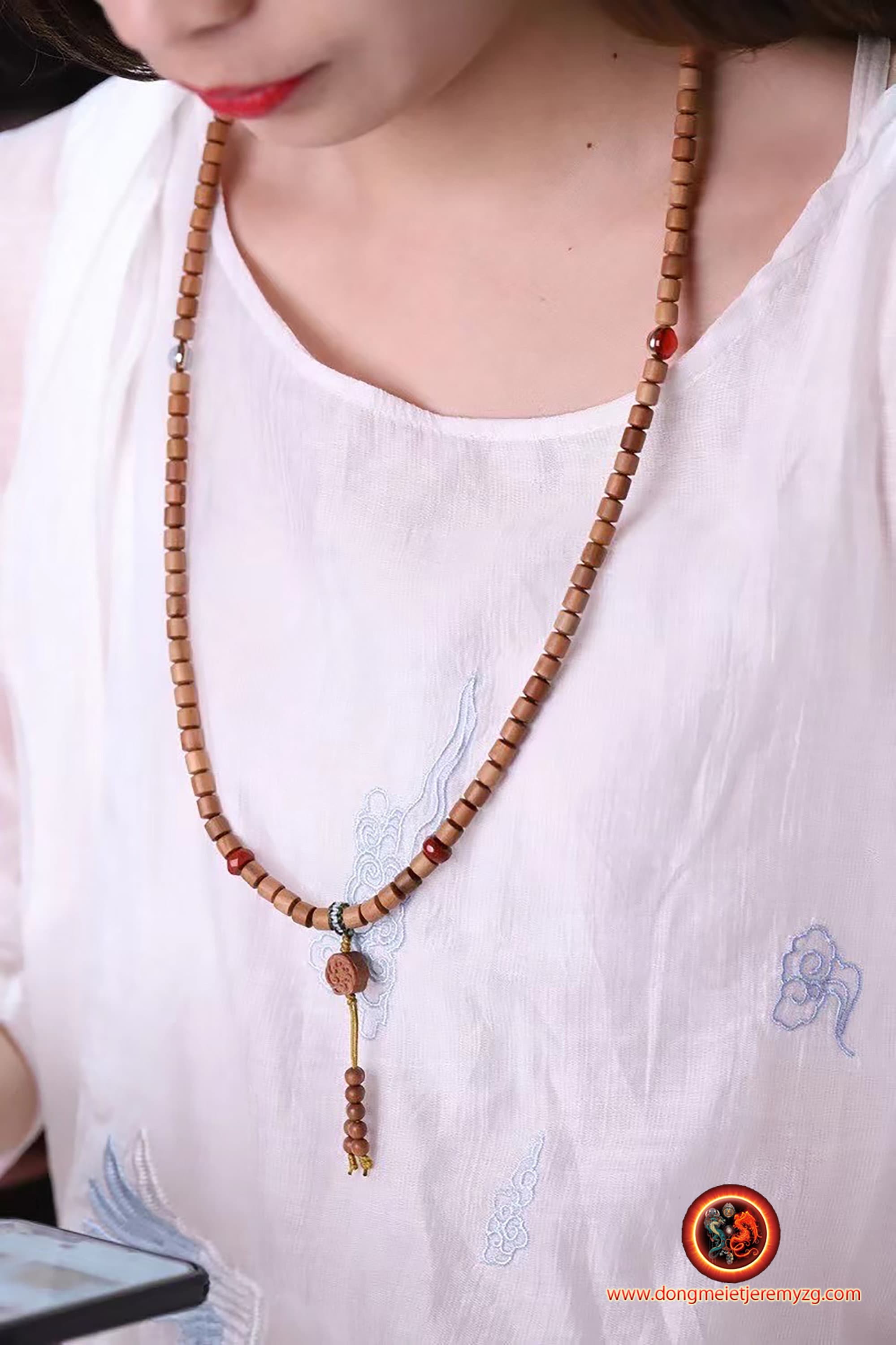 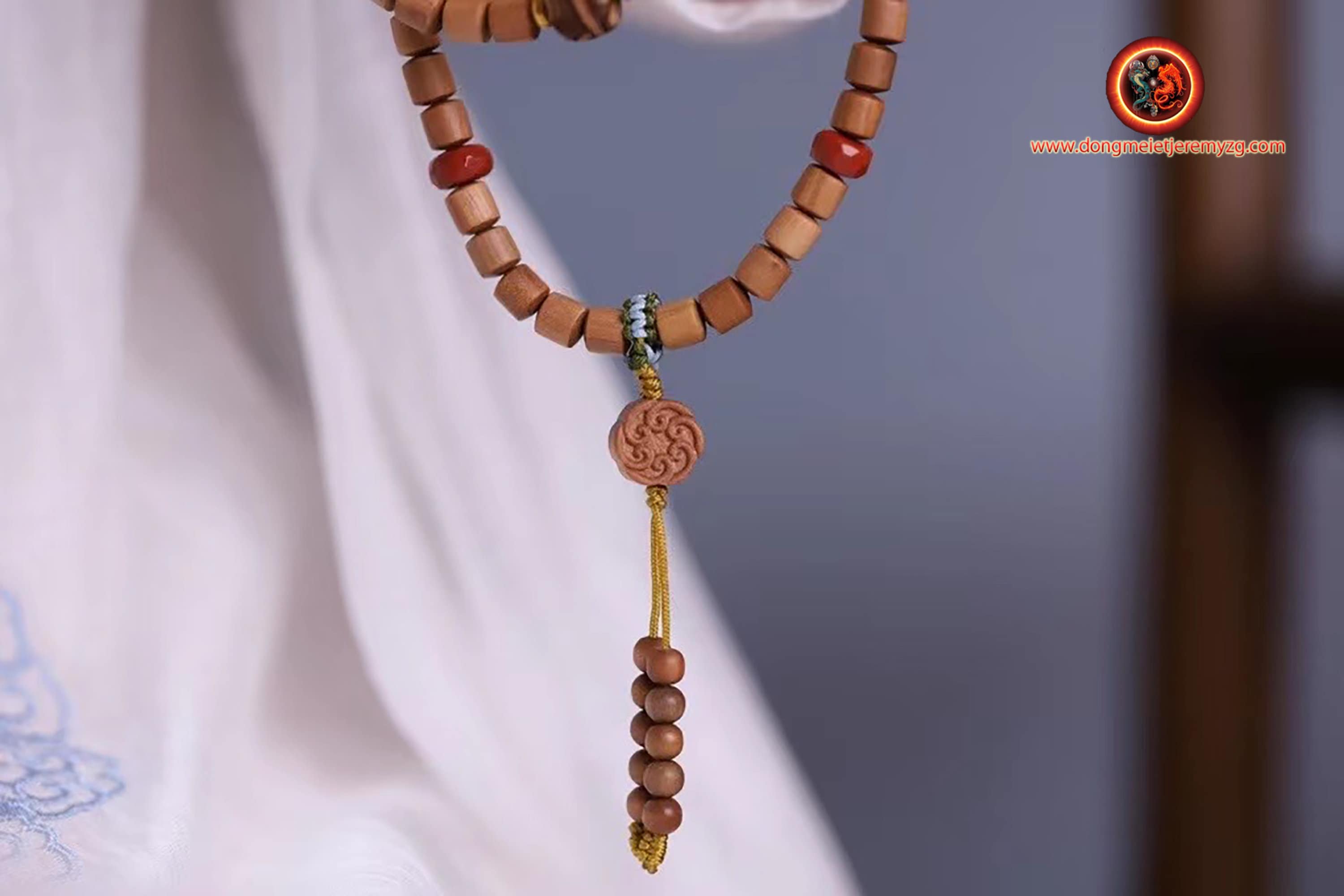 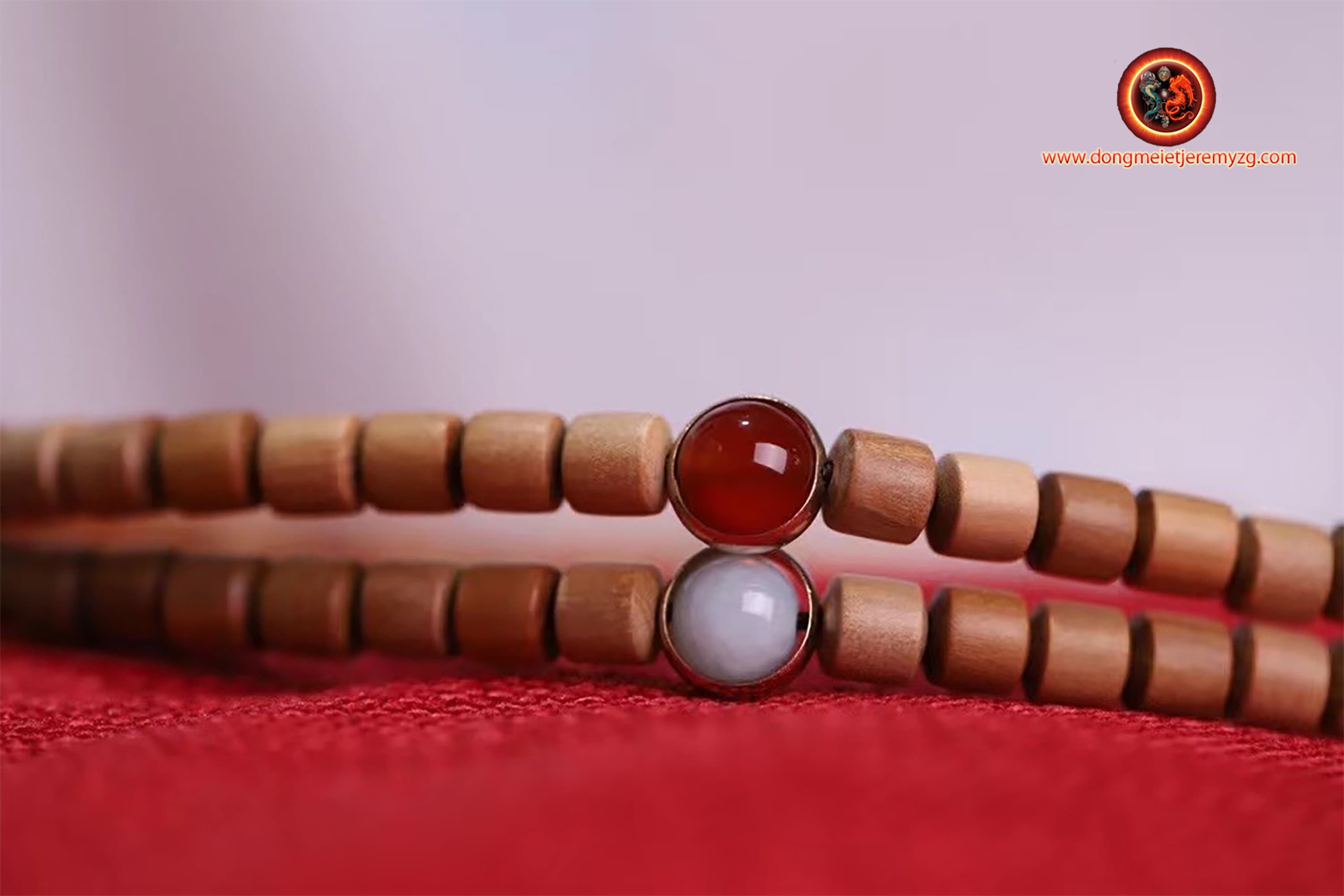 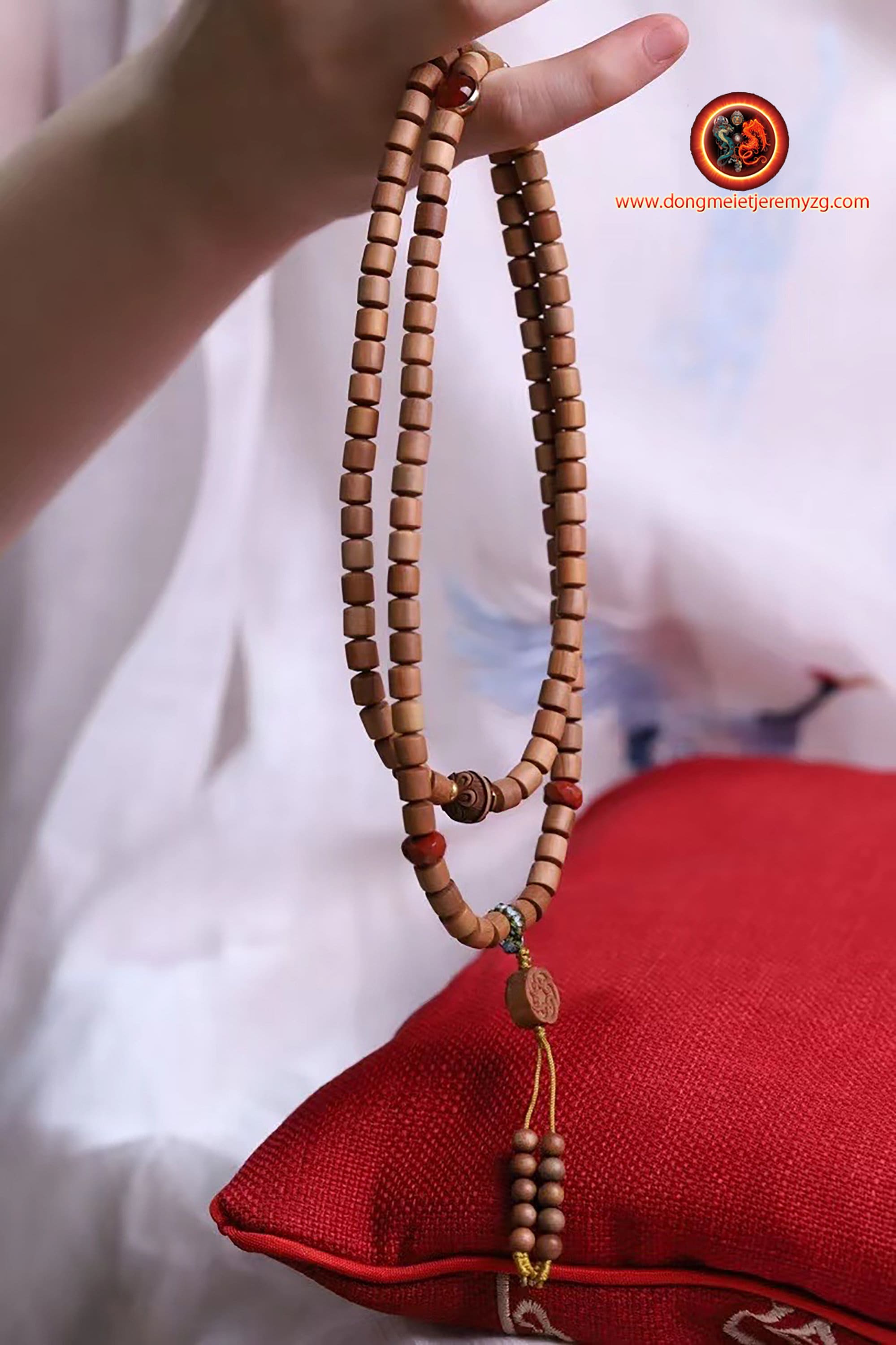 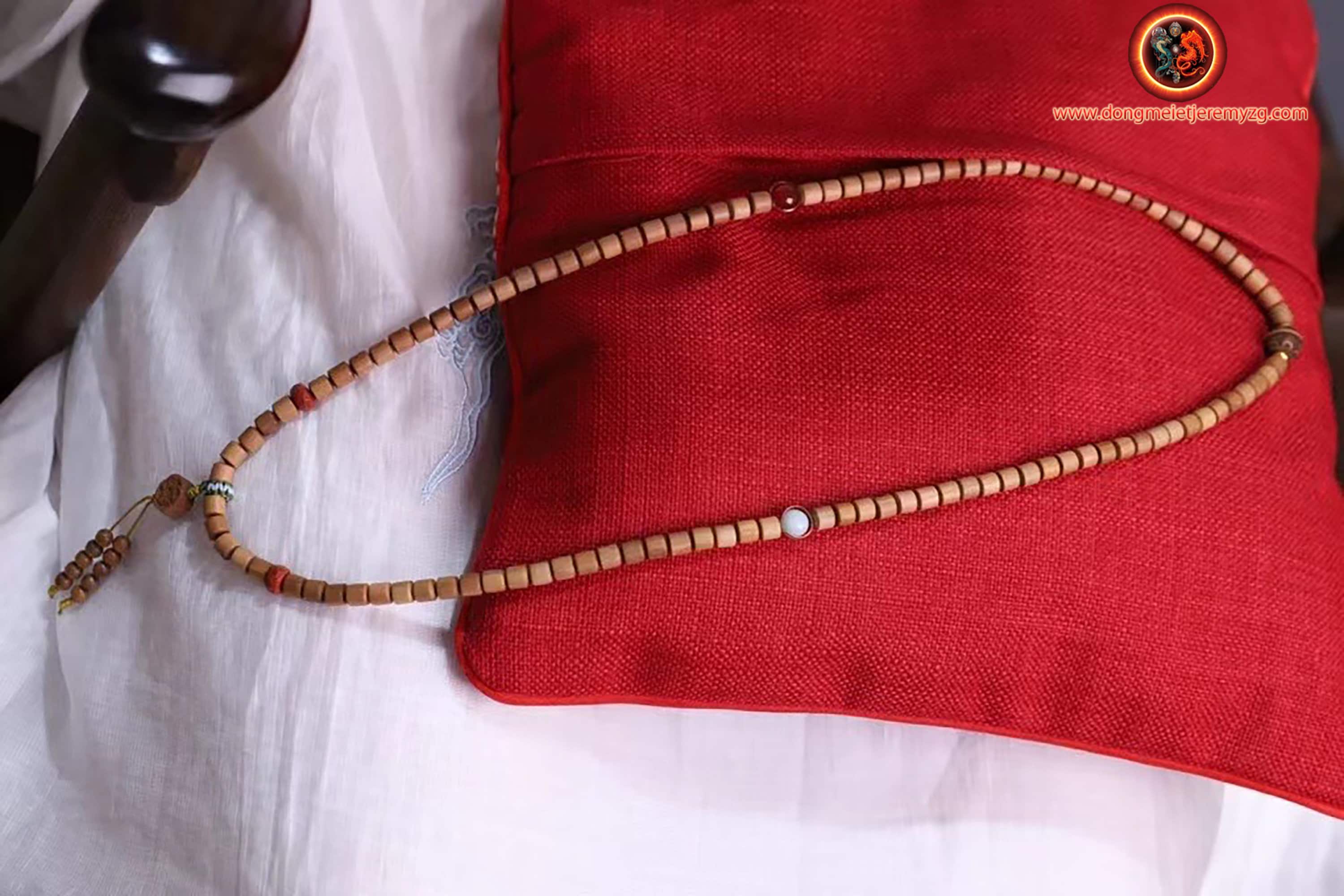 Our article explaining in detail the mala and the creative process available via this link
https://www.dongmeietjeremyzg.com/post/1037950288233/mala-histoires-et-explications-du

This mala is composed of 108 rare sandalwood beads of so-called "laoshan" collection.
collection sandalwood has become rare.
The Indian sandalwood (S. album) is now very rare and therefore very expensive. Sandalwood from the Mysore region of South India is considered the best quality available. New plantations have been set up with the help of the international community in Tamil Nadu.
It is distinguished from other sandalwoods by its characteristic fragrance that persists over time, and the quality of its wood.
Dimension of each pearl: 6mm by 6mm

A counterperl is made of grade A nephrite jade that is neither treated nor fully natural tinted in Qinghai province.
The other contraperle is in agate called "nan hong" (southern red) of Yunnan province. This unusual volcanic agate holds its red color due to its natural cinnabar content.
These two beads are set in silver 925.