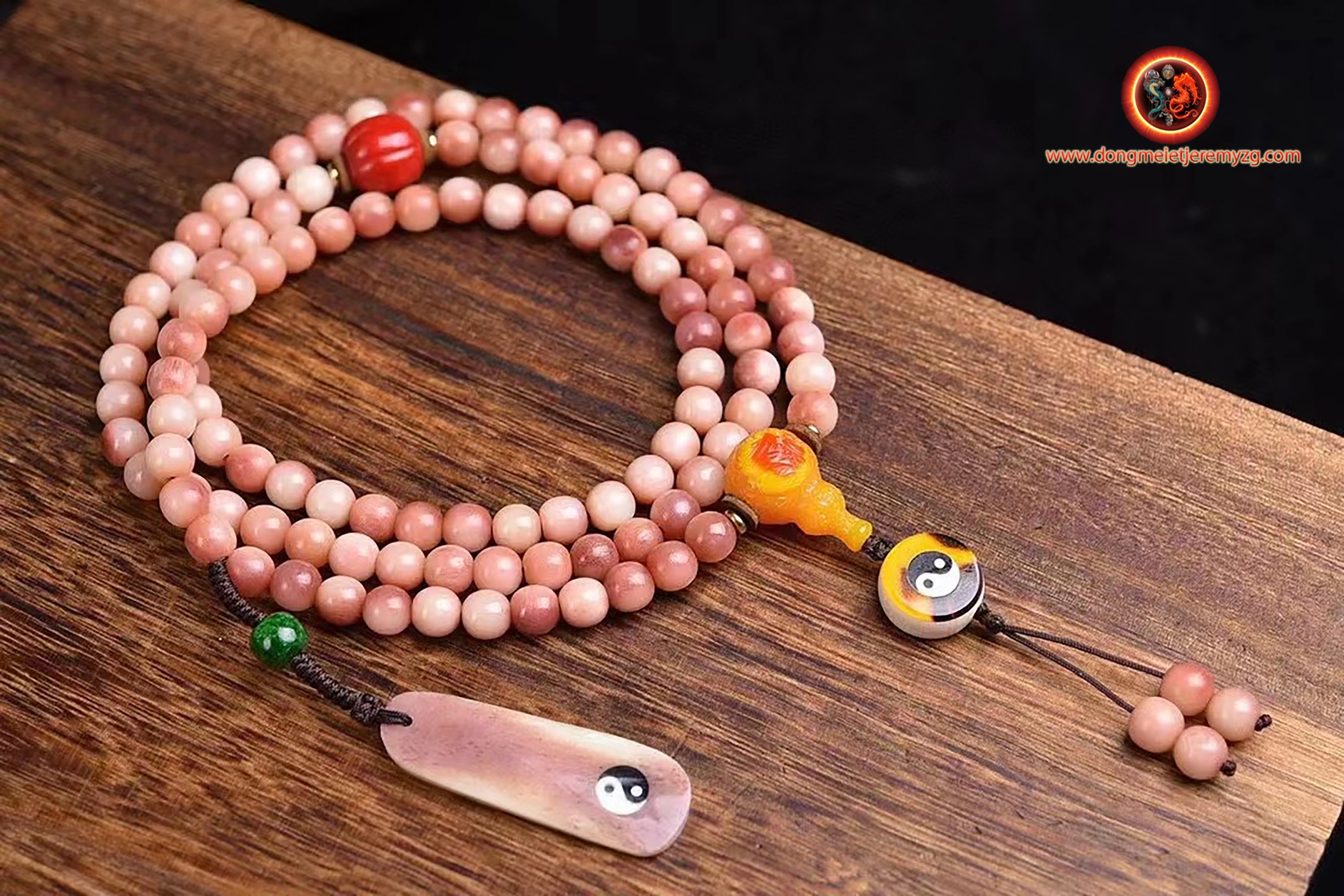 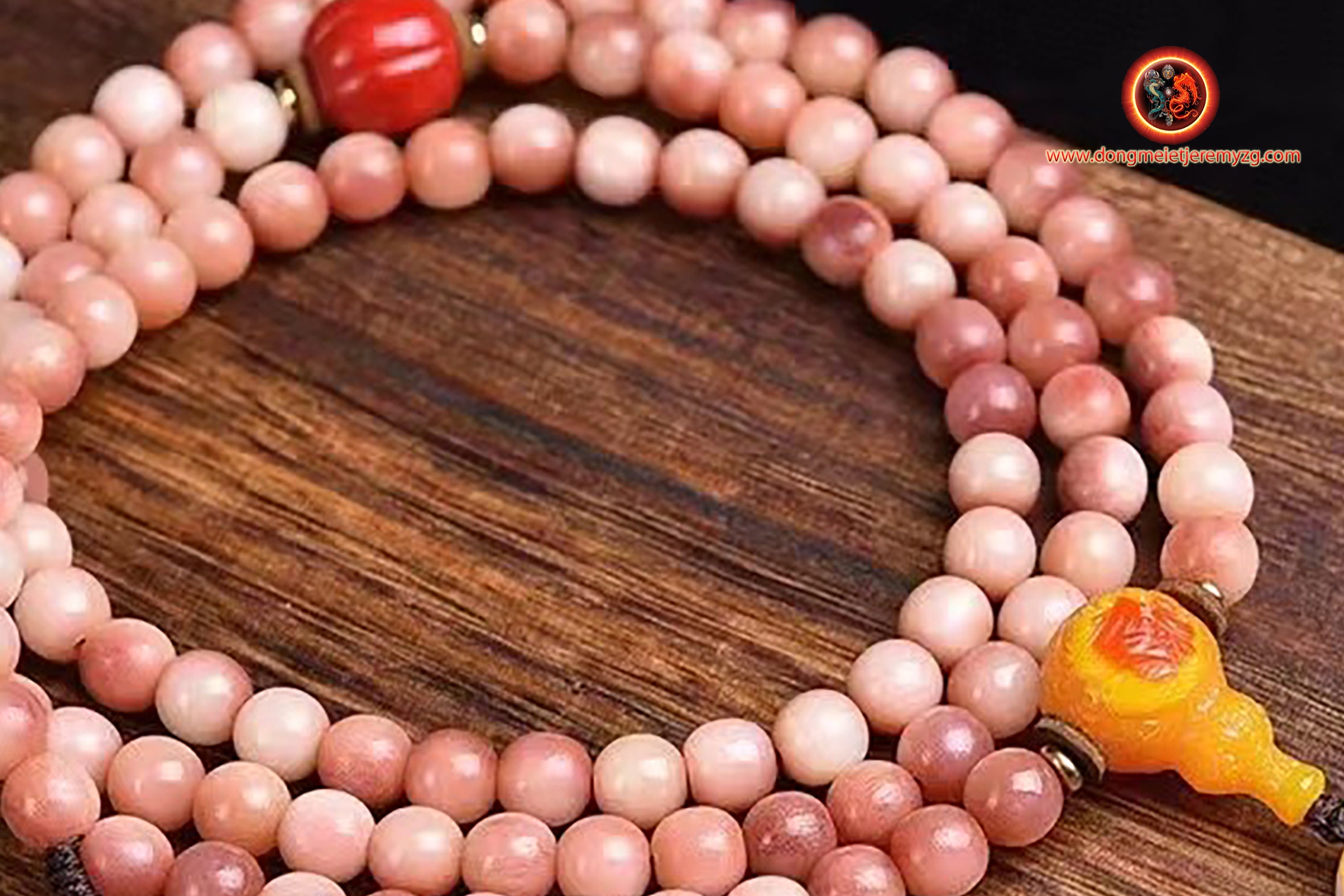 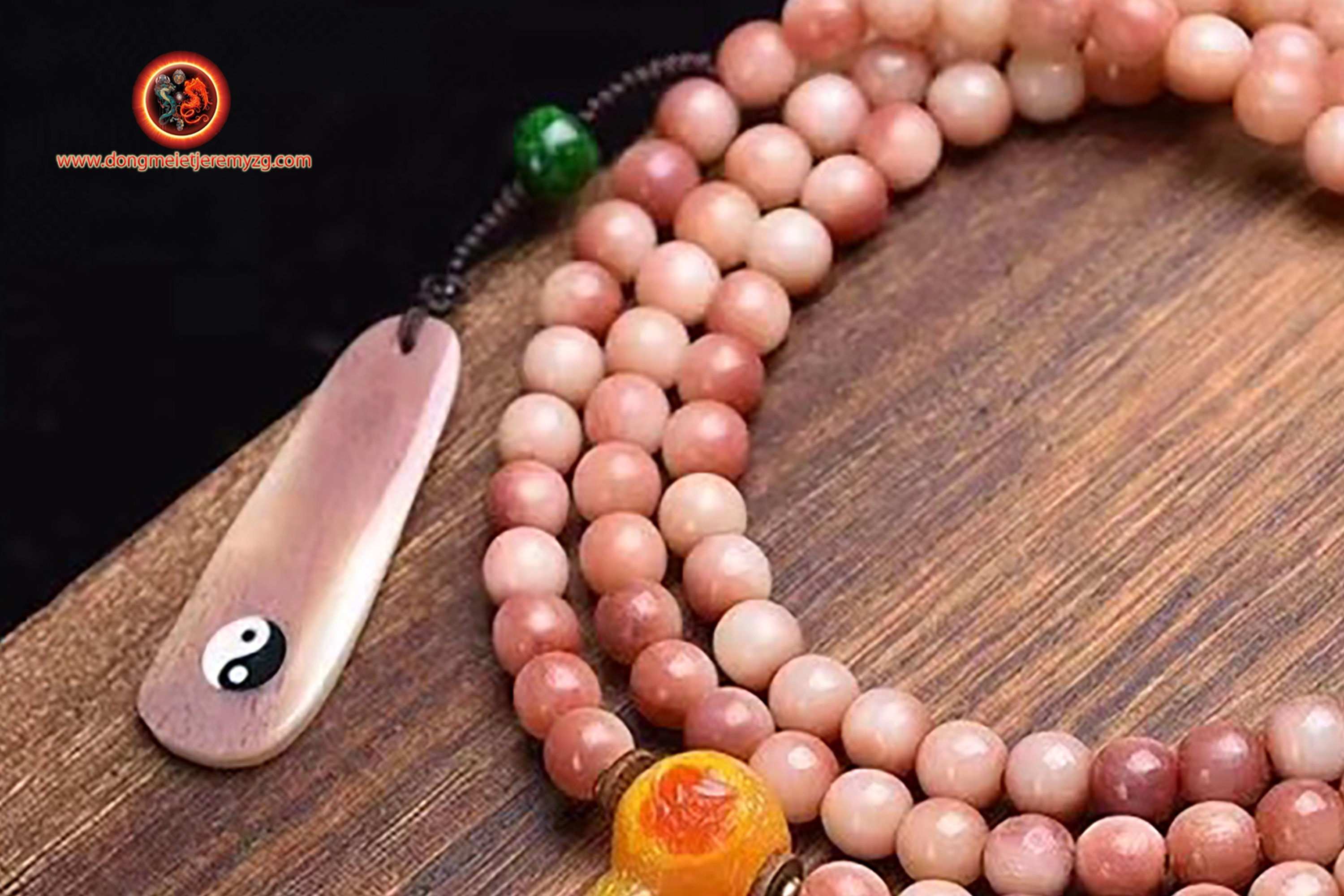 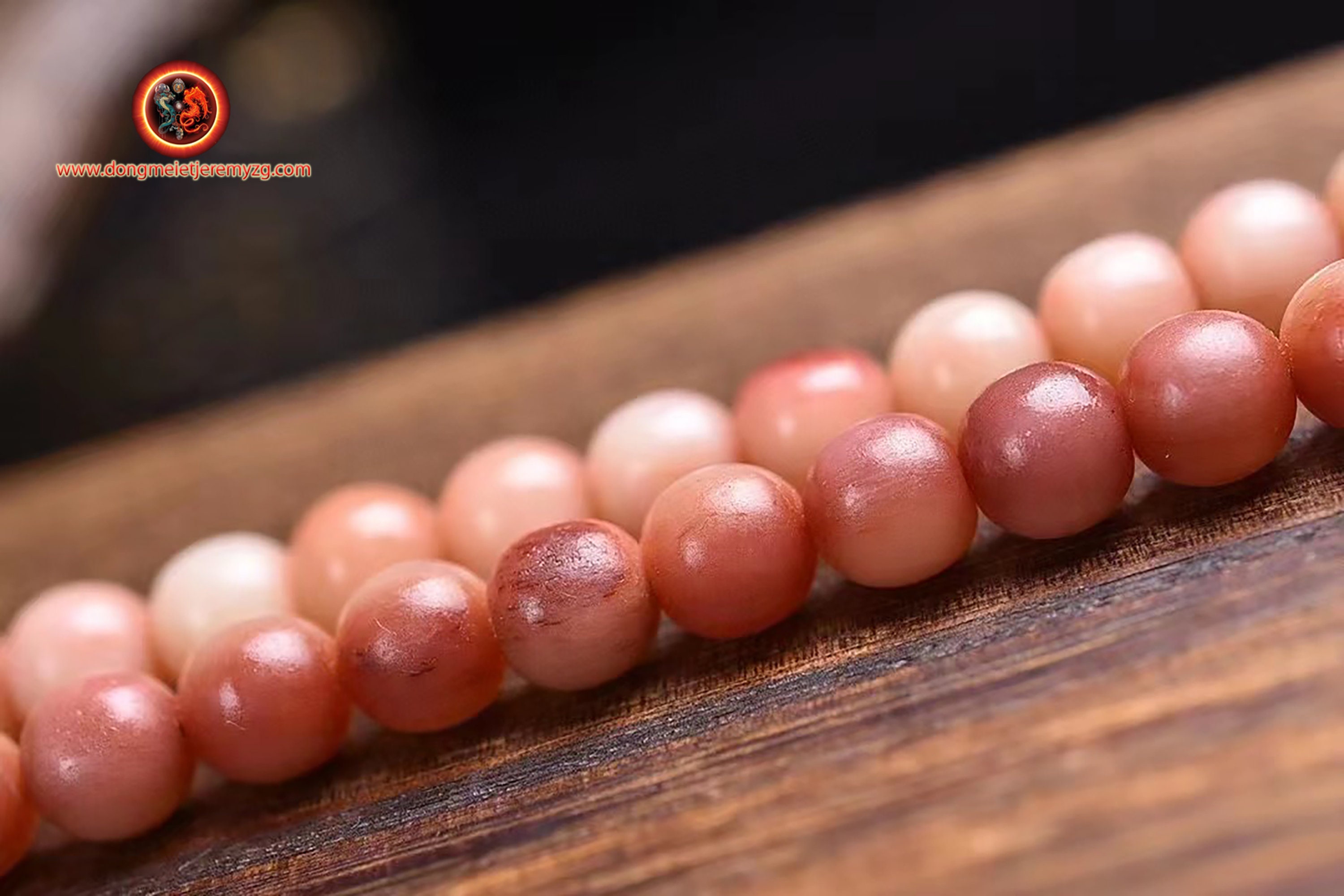 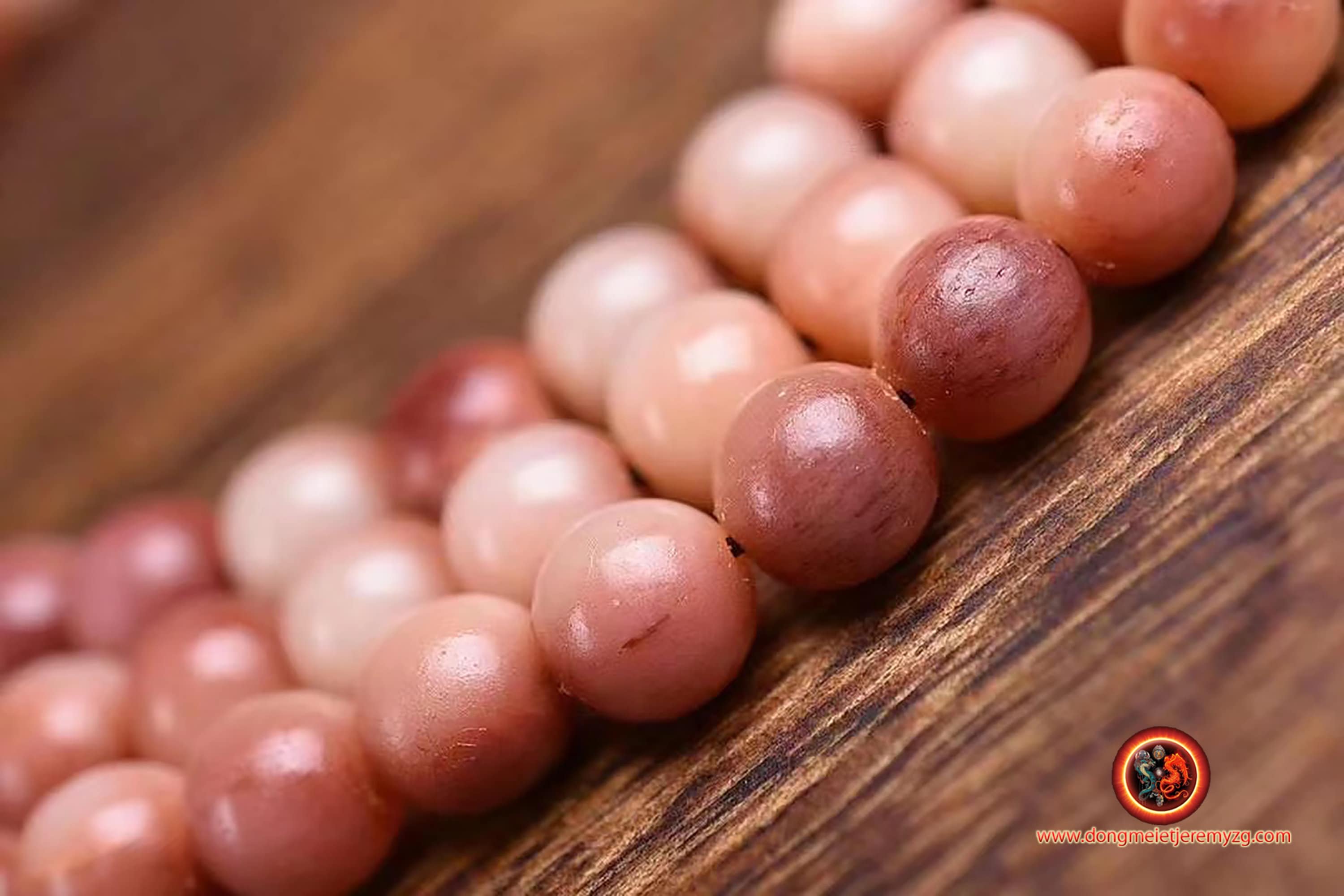 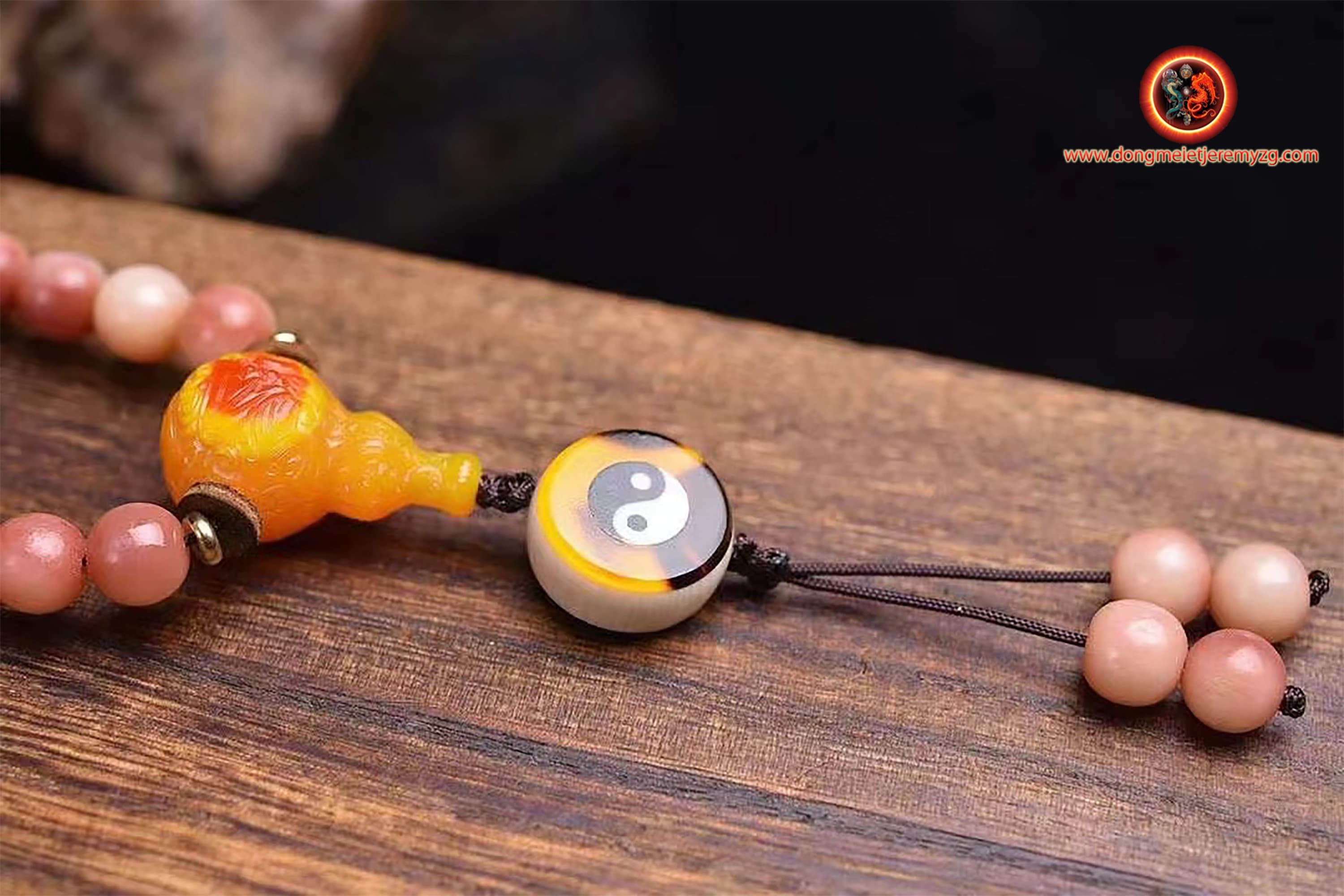 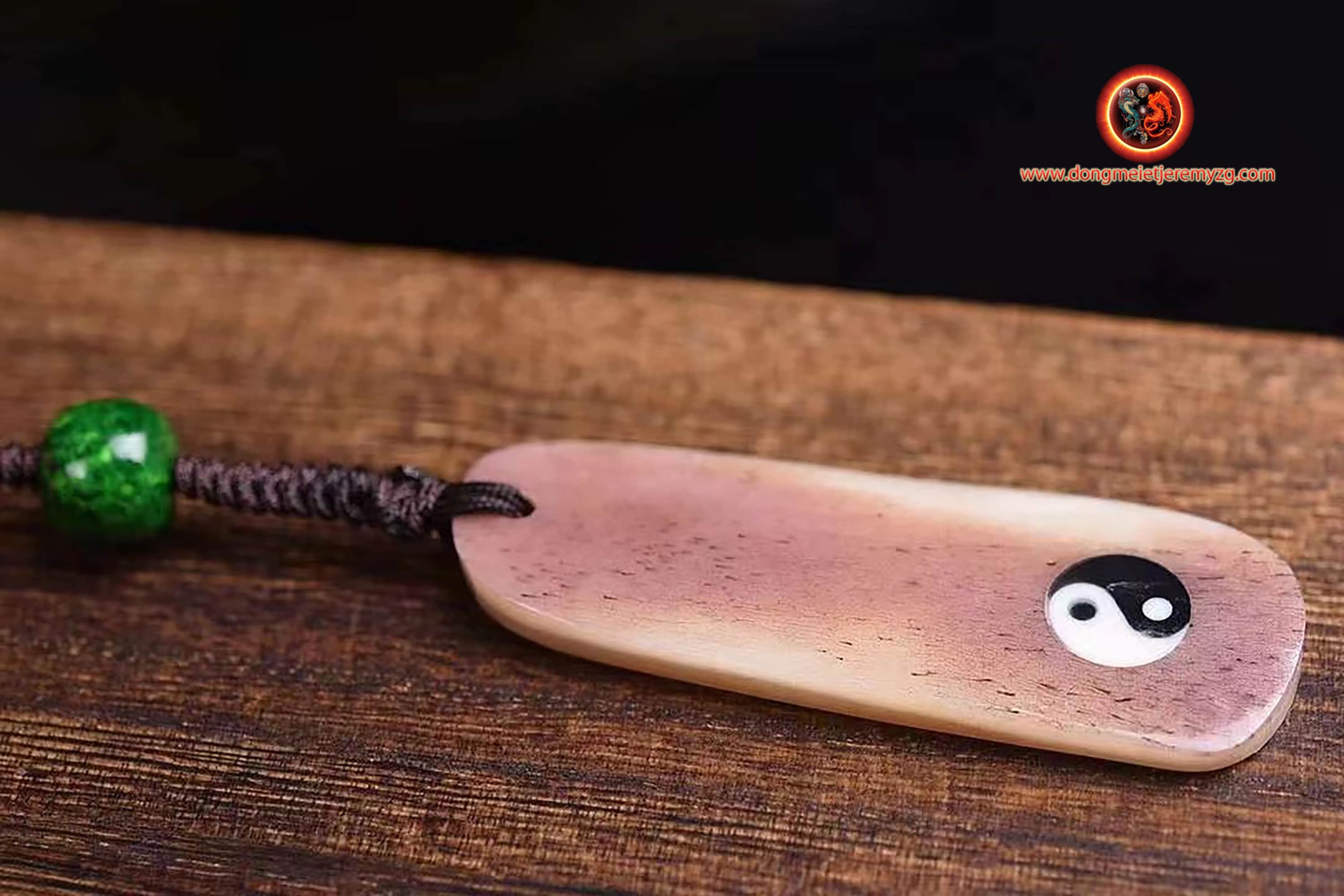 Mala
Buddhist prayer and meditation rosary.
Tibetan Mala.
Mala 108 pearls, buffalo bones macerated with cinabar. Diameter of each pearl 10mm in diameter.
We marinated the 108 buffalo bone beads in barrel cinnabar powder for 6 months so that the bone soaks up the red color of the mineral, which gives it that unique look.
The pearls are 10mm in diameter.

Representation of the taijitu on the finishing pearl and on the side plate
Tai ji tu (太極圖, figure of the supreme ridge, commonly known as the symbol of yin and yang)

Four centuries BC, Zhuang Zi philosopher, says that the whole universe is IQ, but at some point there is separation: what is light rises to heaven and what is heavy descends, and becomes earth. The Qi of heaven is Yang, the Qi of earth is Yin. Everything includes Yin and Yang.

Qi or Chi, is a notion of Chinese and Japanese cultures that designates a fundamental principle forming and animating the universe and life.

Origin of the universe connecting beings and things to each other circulating everywhere around and inside everything, we are the infinities of manifestation.

We are not animated by Qi, we are Qi, expression of the original force. fundamental and unique principle, giving the universe and beings their form, while constantly transforming them. Everything is movement, everything is in perpetual mutation, impermanent.

Qi, which could be approached by the breath (pneuma) of the Greeks, the Latin spiritus (derived from spirare, blowing).

Nothing is born nothing dies

Nothing is lost nothing is created

It is present in all manifestations of nature.

that of the structure of the universe.

At the first moment of the cosmos, wuji the nothingness during which the original Qi, still united and undifferentiated, yuanqi, polarized, creating the yin and yang duality essence of Taiji the absolute, the "supreme apex beam" of the cosmos.

Participating in the spiritual evolution of a being. by refining the breath through "bodily alchemy" operations, the practitioner evolves into a mental state merging with the fundamental functioning of the universe, the return to wuji.

that of living beings.

It circulates inside the body through meridians that all intersect in the "center of energies" called the "cinabra field", Tanden in Japan and Dantian in China.