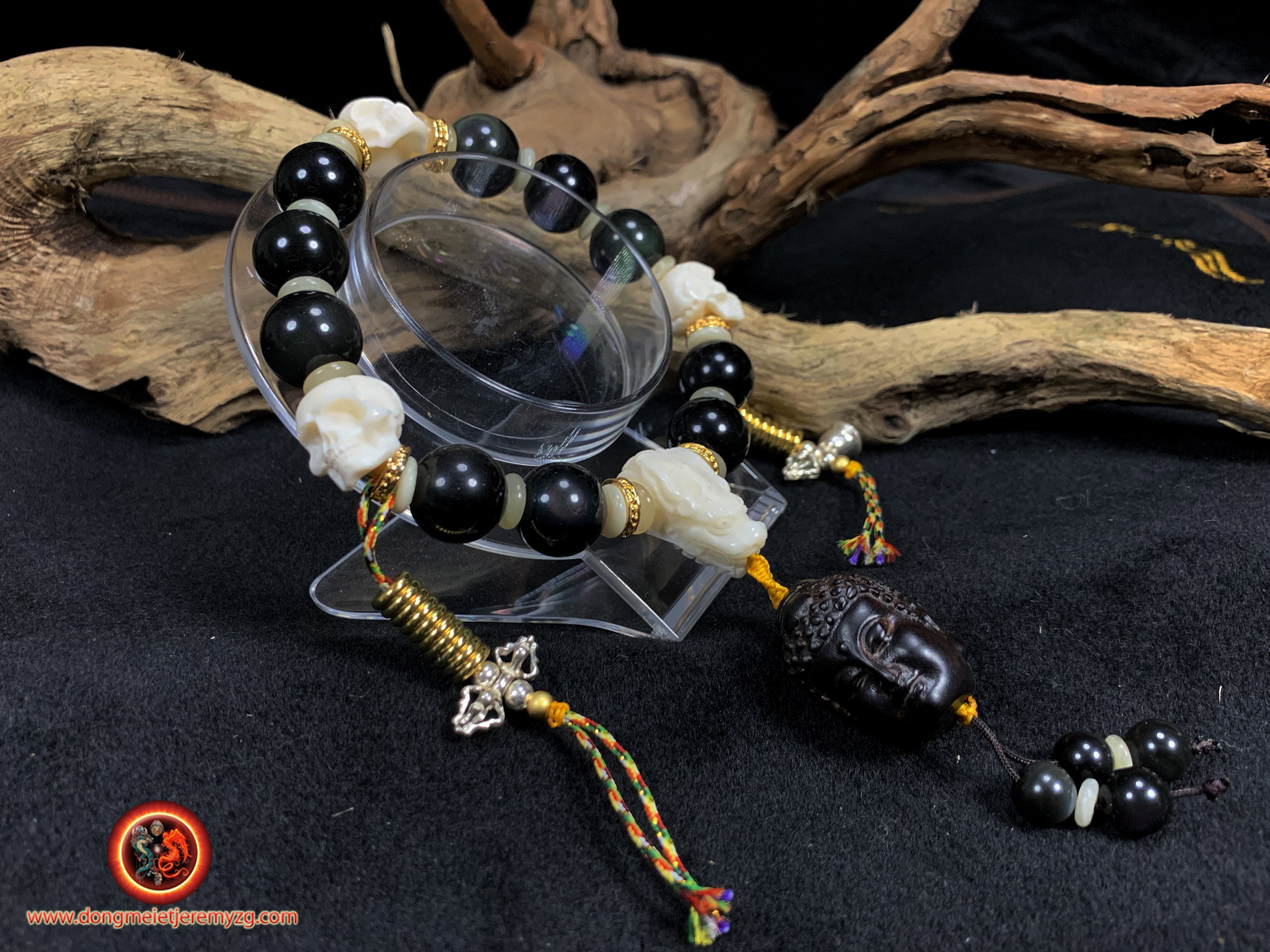 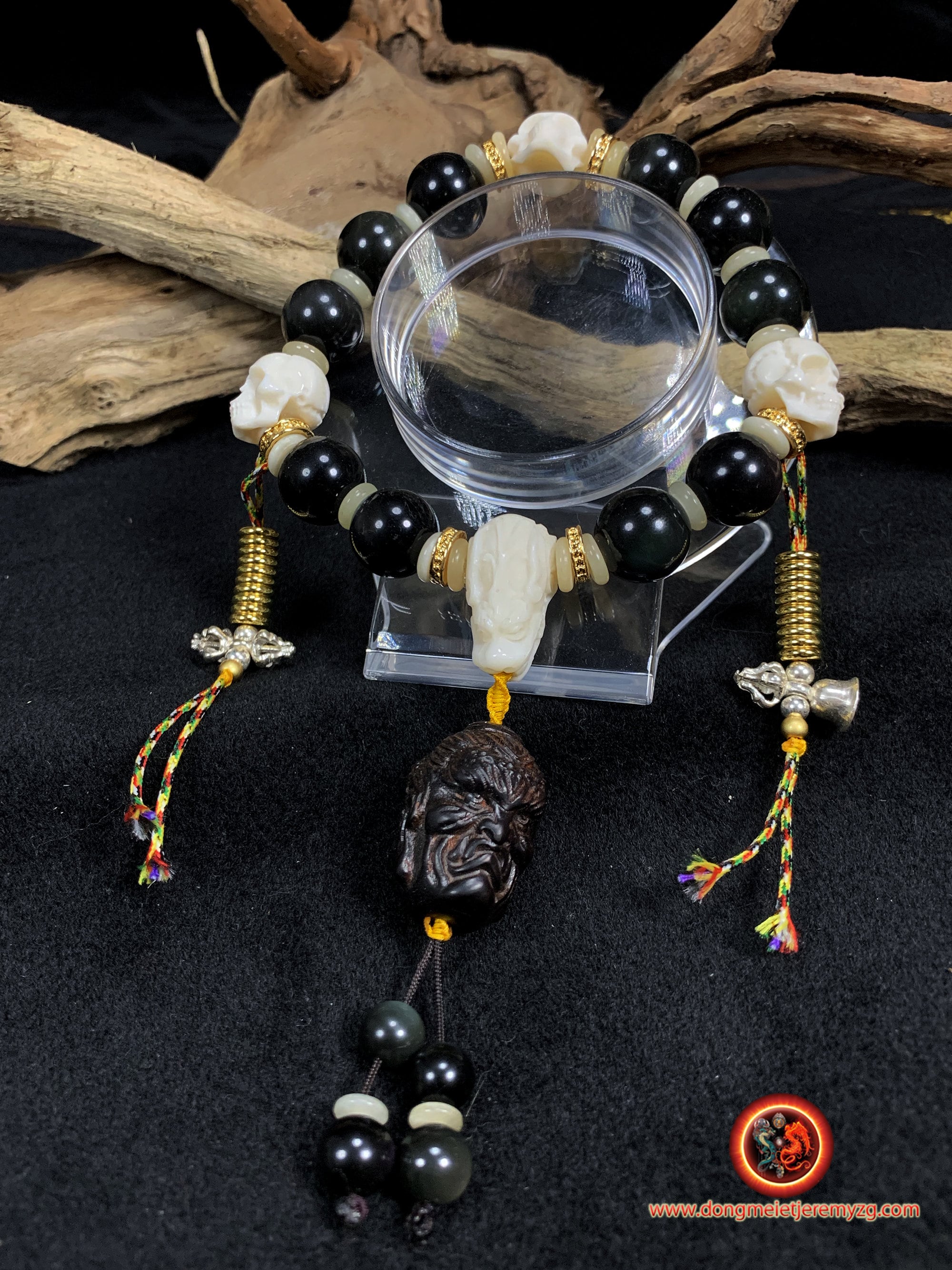 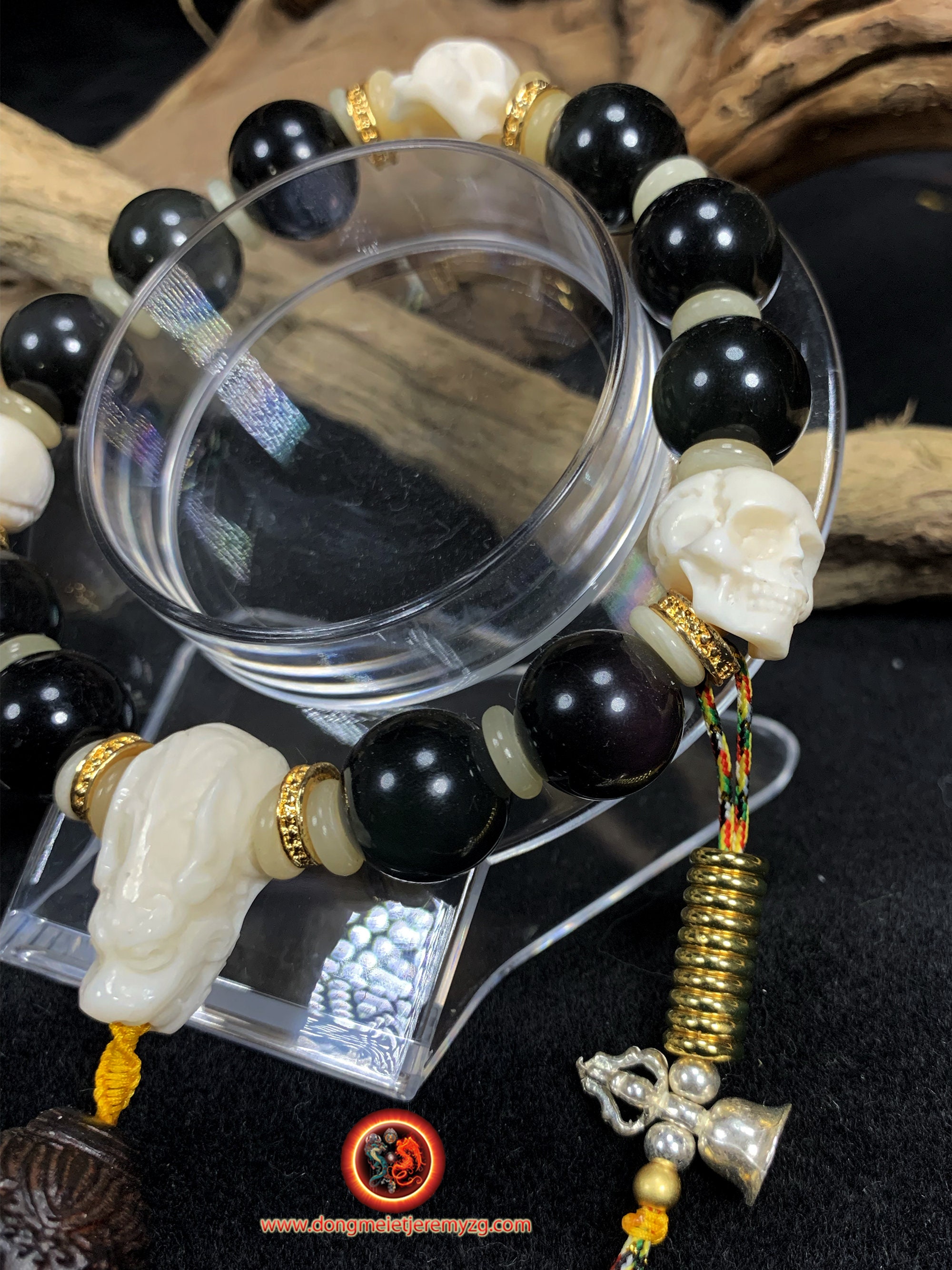 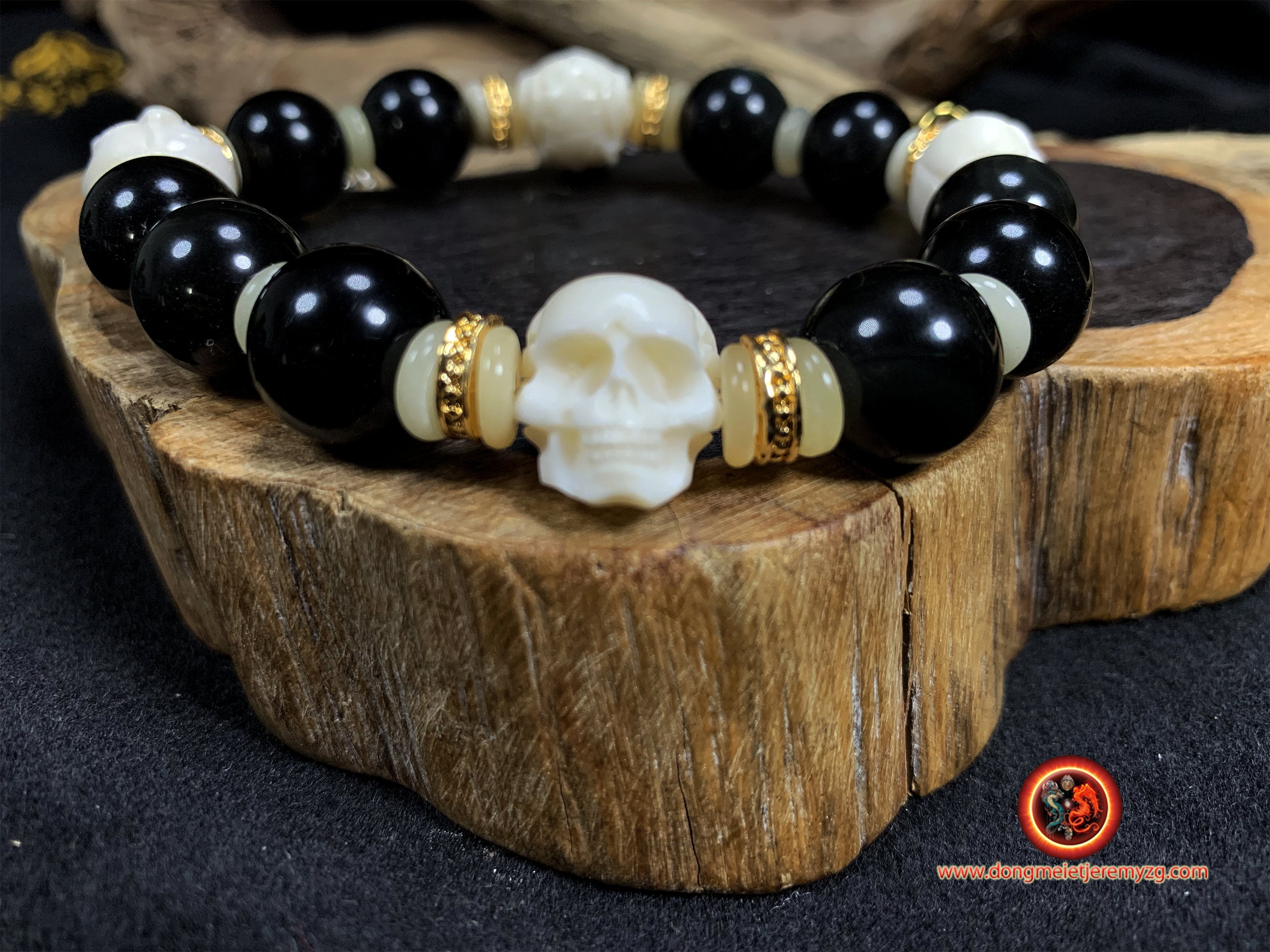 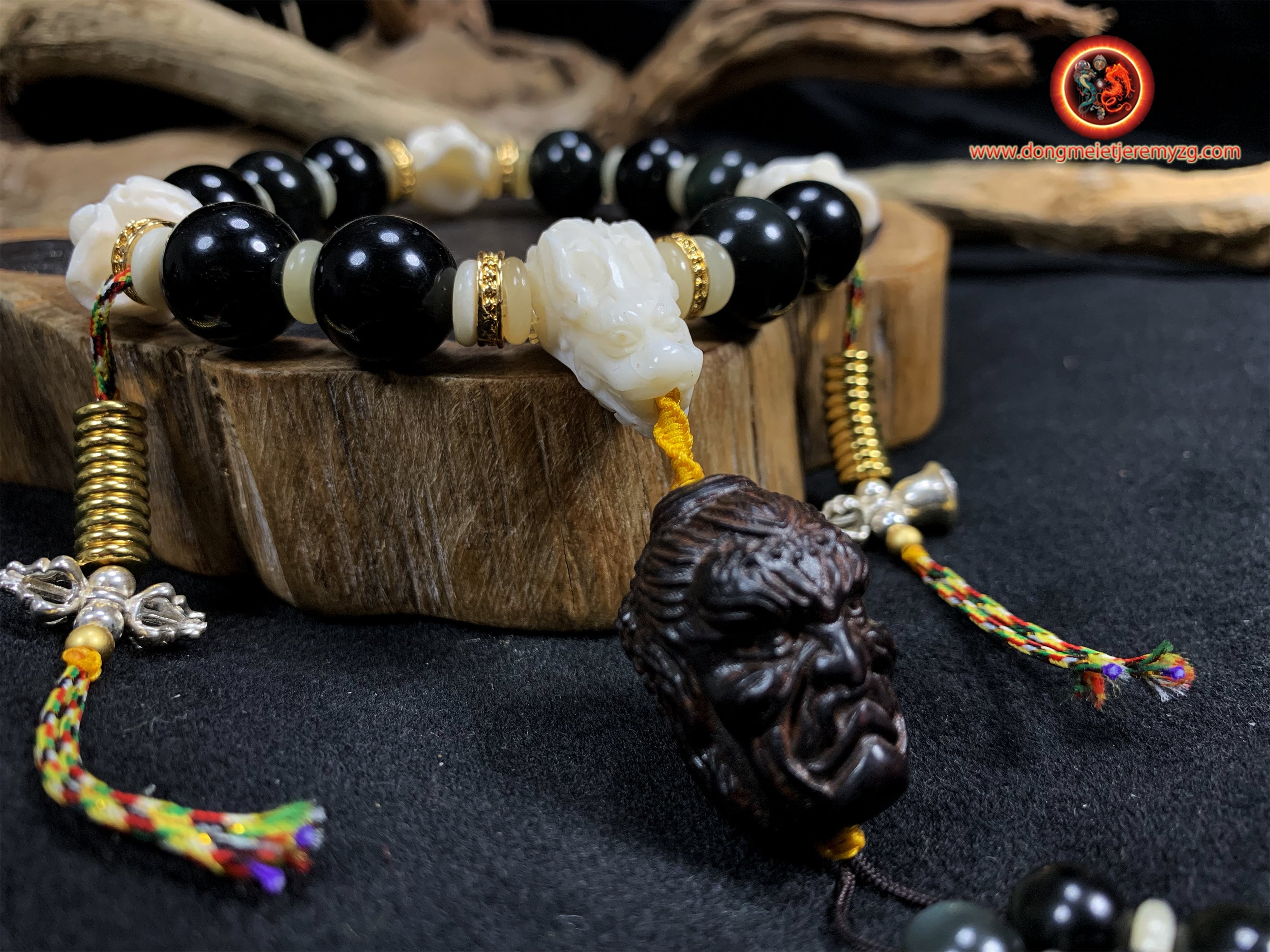 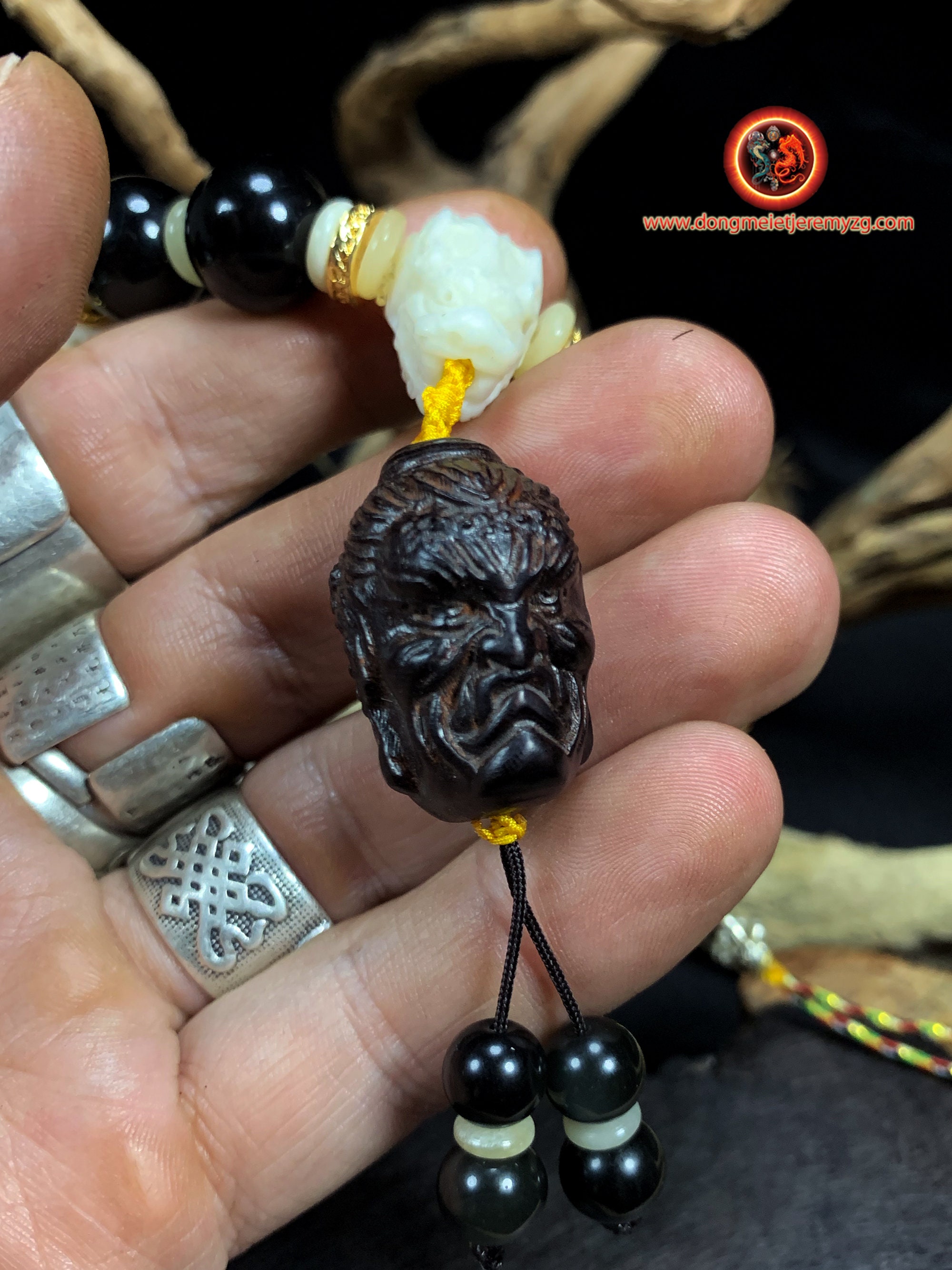 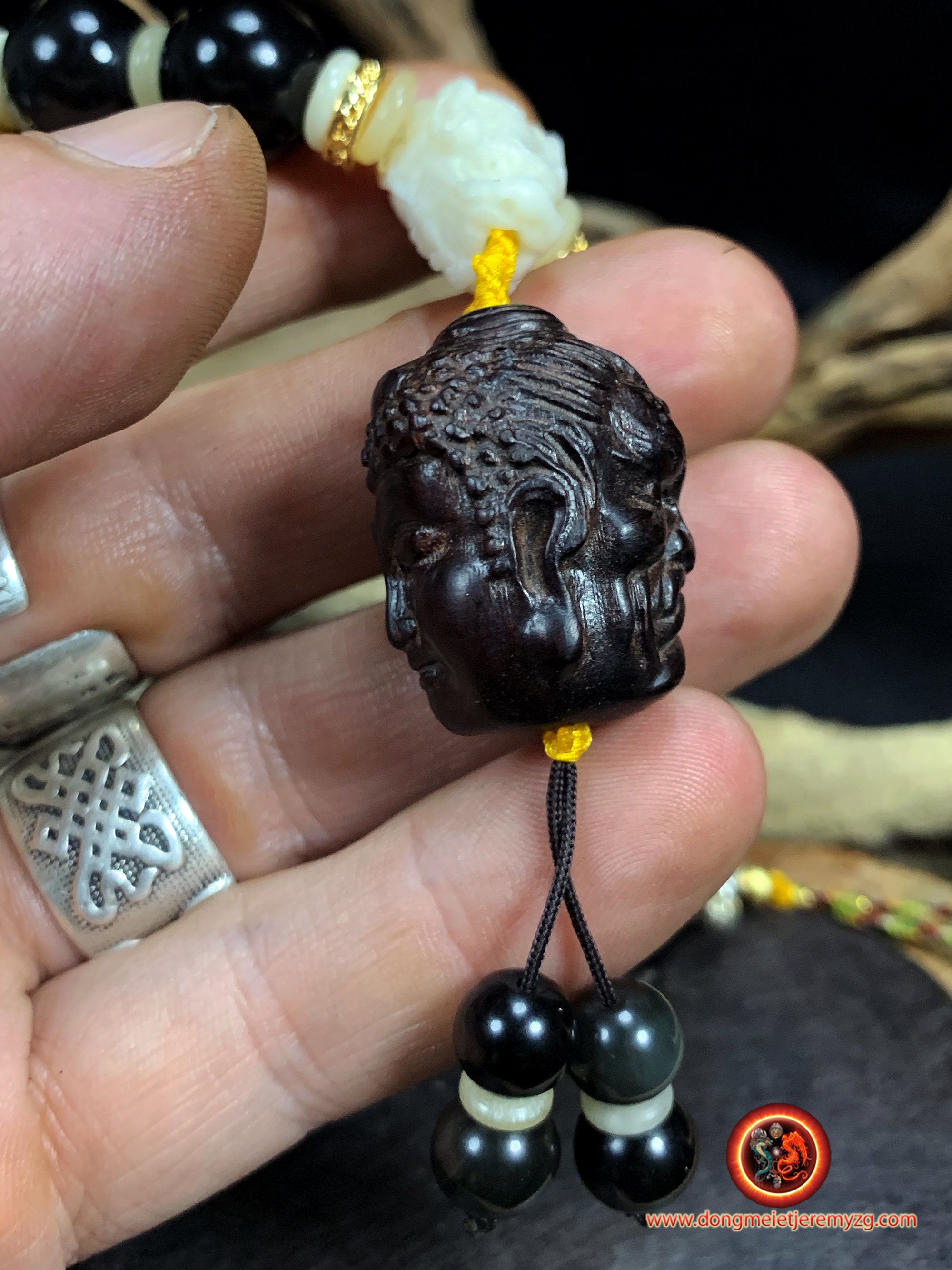 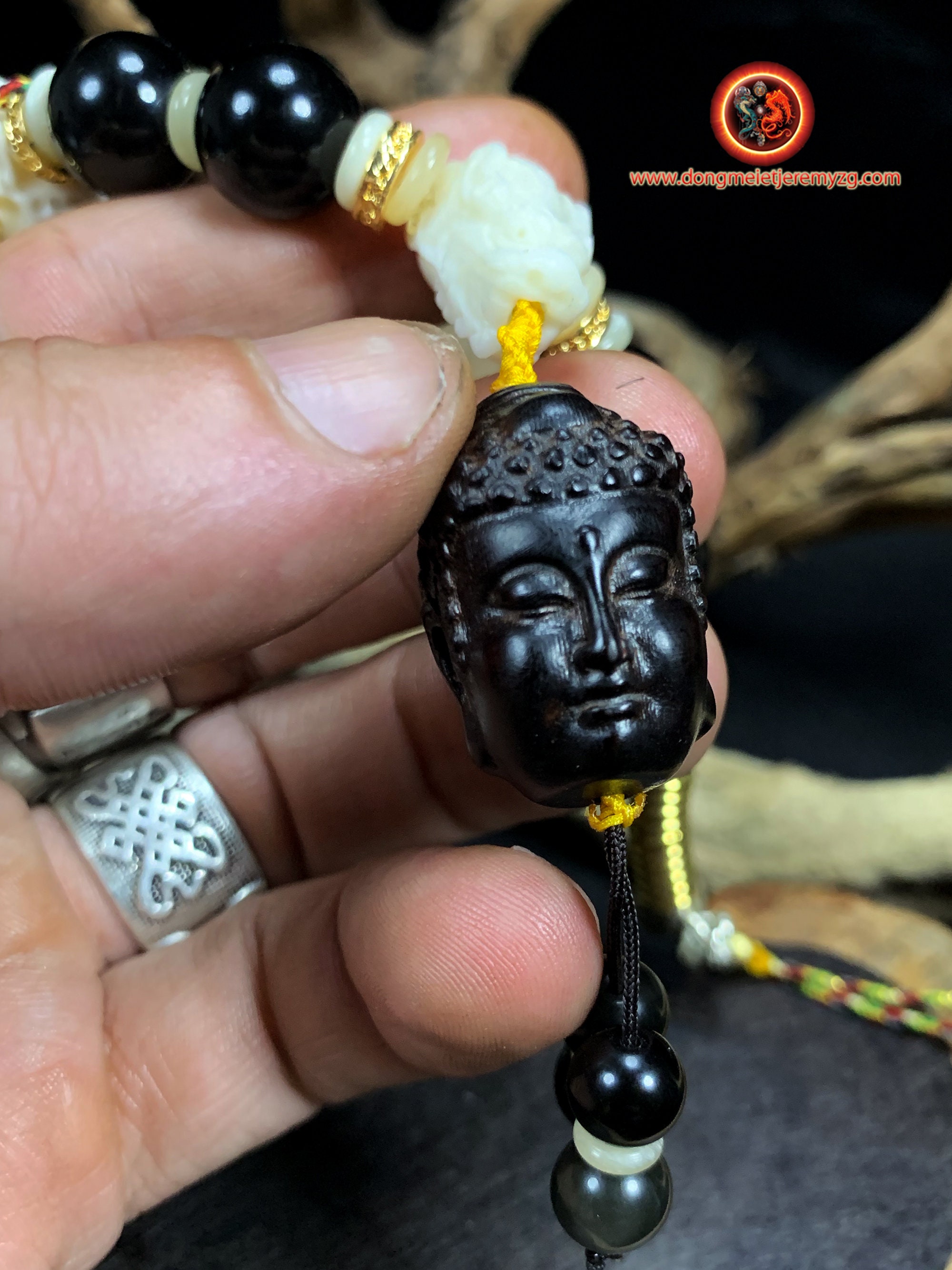 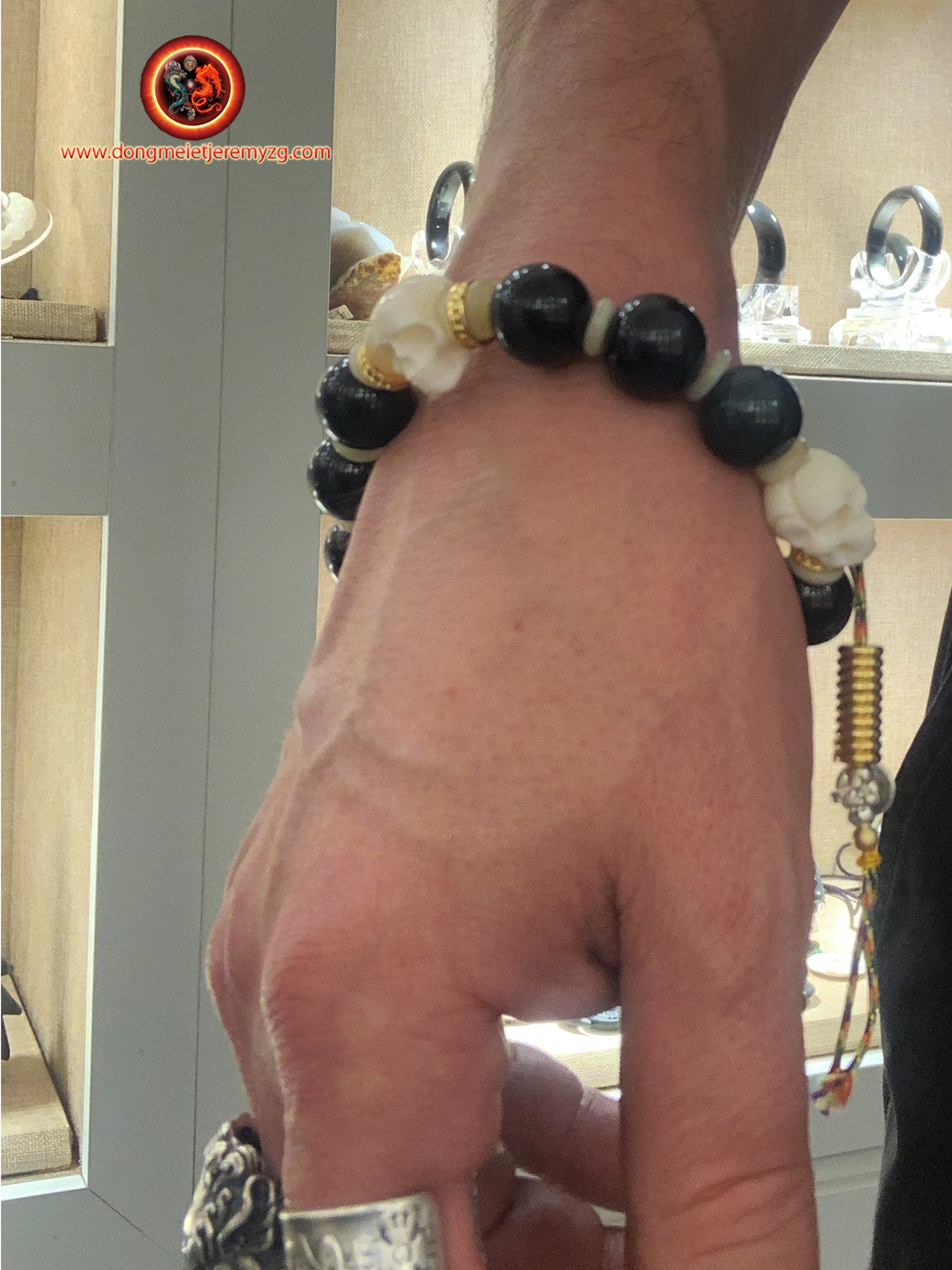 Malas smaller than 108 are called wrist malas, most often with 10 beads (the top 10 followers of Sakyamuni Buddha).

This bracelet mounted on ultra resistant extendable cord is composed of 10 beads of obsidian celeste eye from Mexico.
Pearls of very beautiful quality of 14mm in diameter each.

We also placed in counterperles and finishing bead (also called Guru's pearl or Buddha's head) a bone dragon head and three skull also made of buffalo bone
The skull representing knowledge, and the dragon the protector of knowledge.
In Asia, we find the symbolism of the skull in Buddhism and Hinduism through their religious art. Indeed the representation of the lord of death among Buddhists, named Yama, has five skulls around his head, like a crown that indicates a victory over five defects: hatred, greed, pride, envy and ignorance. On the other hand in the Hindu religion Kali the goddess of death is adorned with a necklace of skulls.

Many are disconcerted by the use of bone beads, but in Buddhism and more specifically in Tantric Buddhism or Vajrayana such as Tibetan Buddhism, the use of bone is intended to remind us of the very fact of our impermanence, that death will eventually happen.


The finishing pearl, which is called Guru's pearl or Buddha's head is a dragon's head carved out of buffalo bone.
In Buddhism, the Dragon is the vehicle of Vairocana, the white Buddha sitting in the east (or center). His throne supported by Dragons probably derives from the Chinese imperial throne. The Turquoise Dragon is the mount of a large number of protective deities, guardians of treasures and gods rain and thunderstorms. As guardians of treasures, the Sino-Tibetan Dragons are the counterparts of the Indian nagas. The Tibetan term druk (tib.brug) means both "dragon" and "thunder". Bhutan, a Buddhist kingdom, is called Druk Yul (Land of the Dragon). Its inhabitants, the drukpas, take their name from the spiritual lineage drukpa kagyu, originally from Tibet. This lineage was established by the sage Tsangpa Gyaré who, having once observed nine dragons disappearing in the sky near Gyantse, decided to establish the monastery of Ralung. In Tibetan Buddhism, the rise to heaven of a group of Dragons is a good sign.