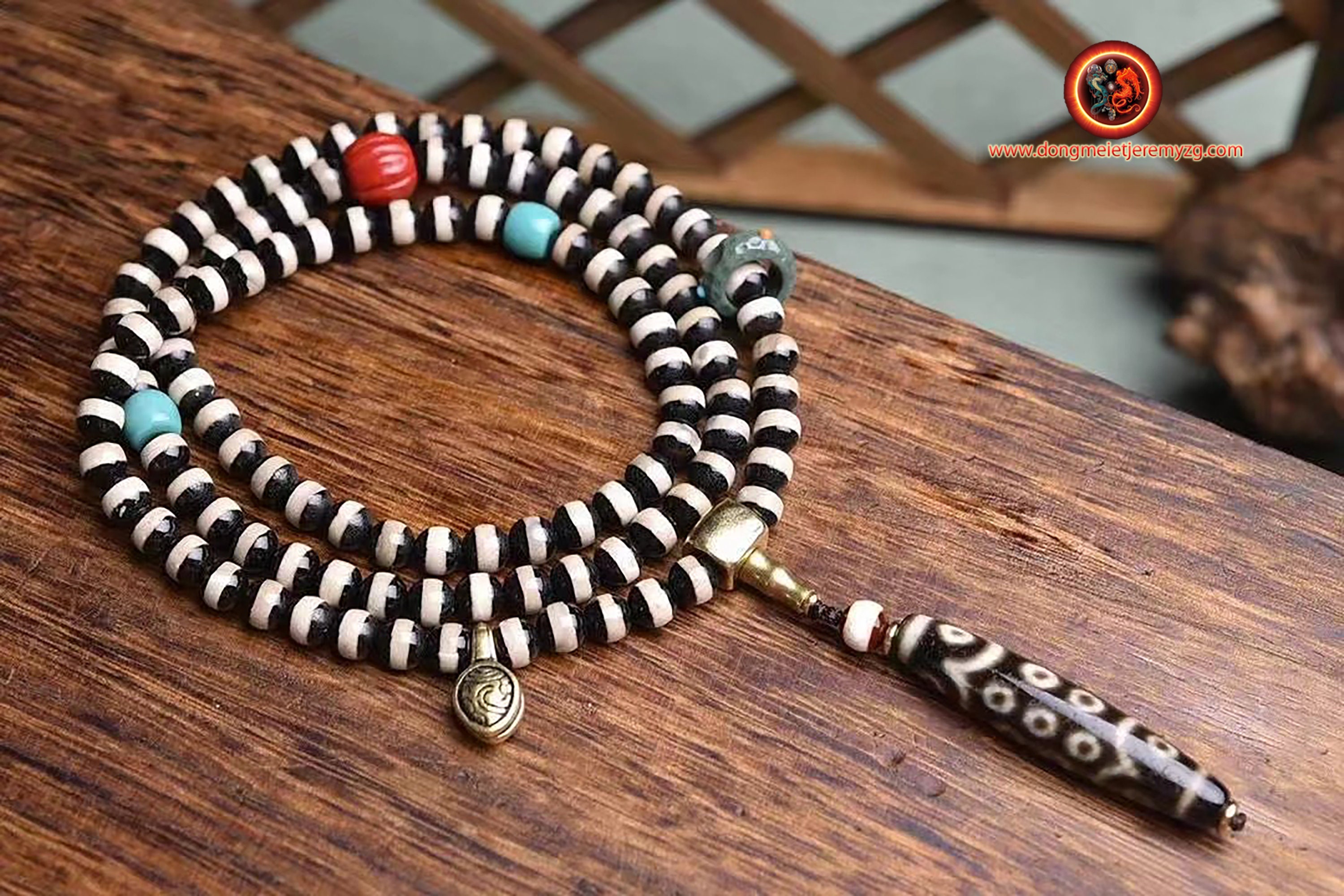 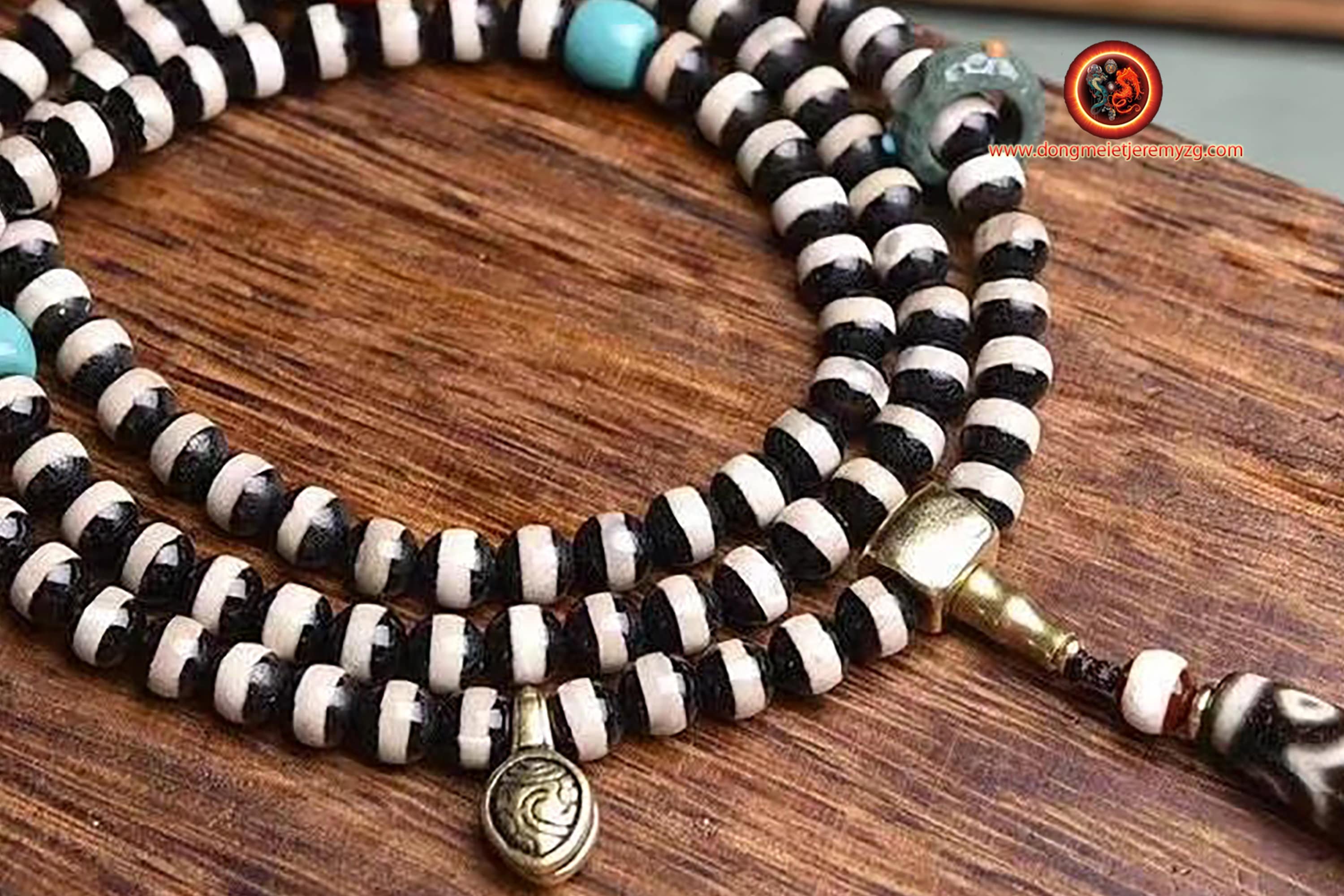 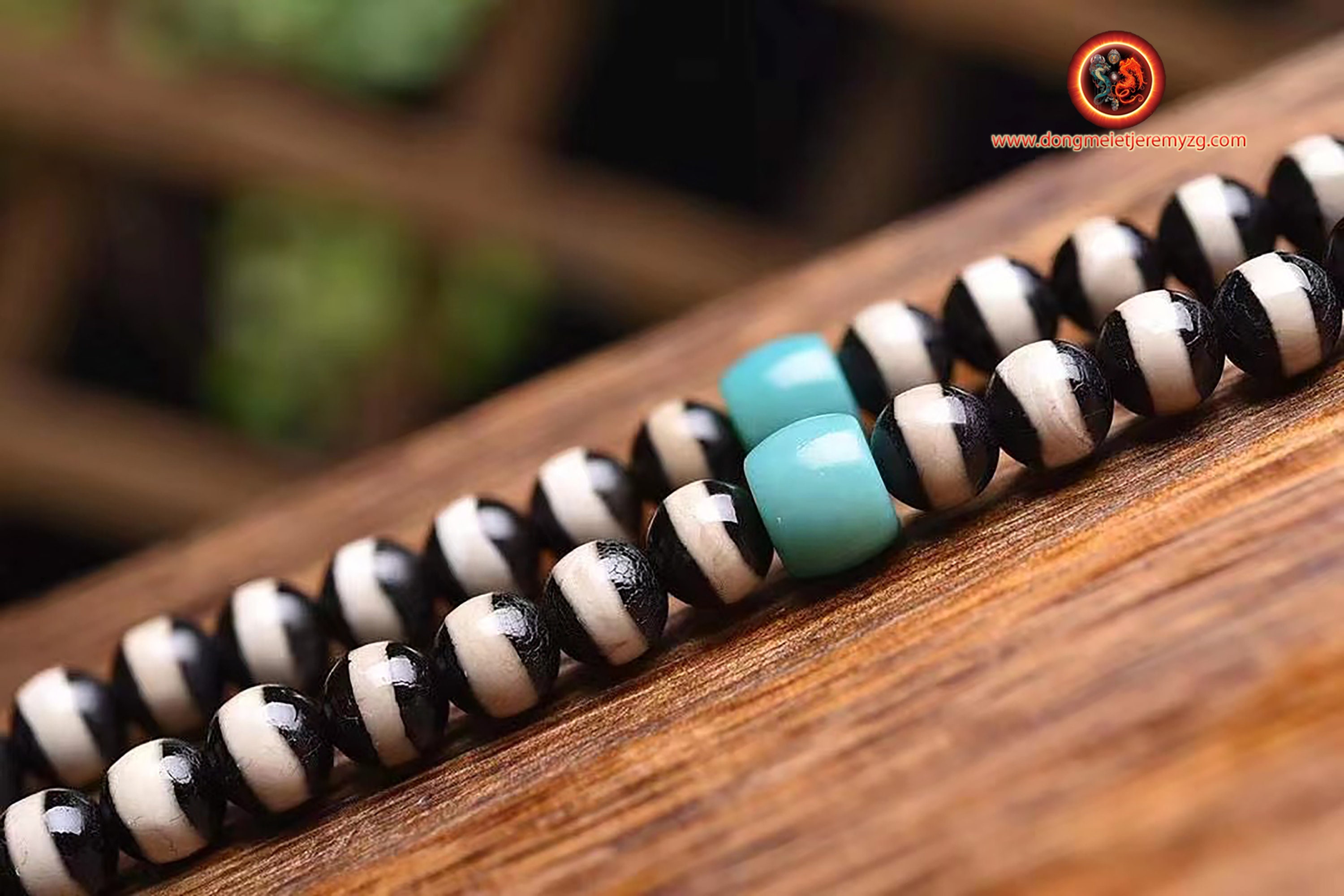 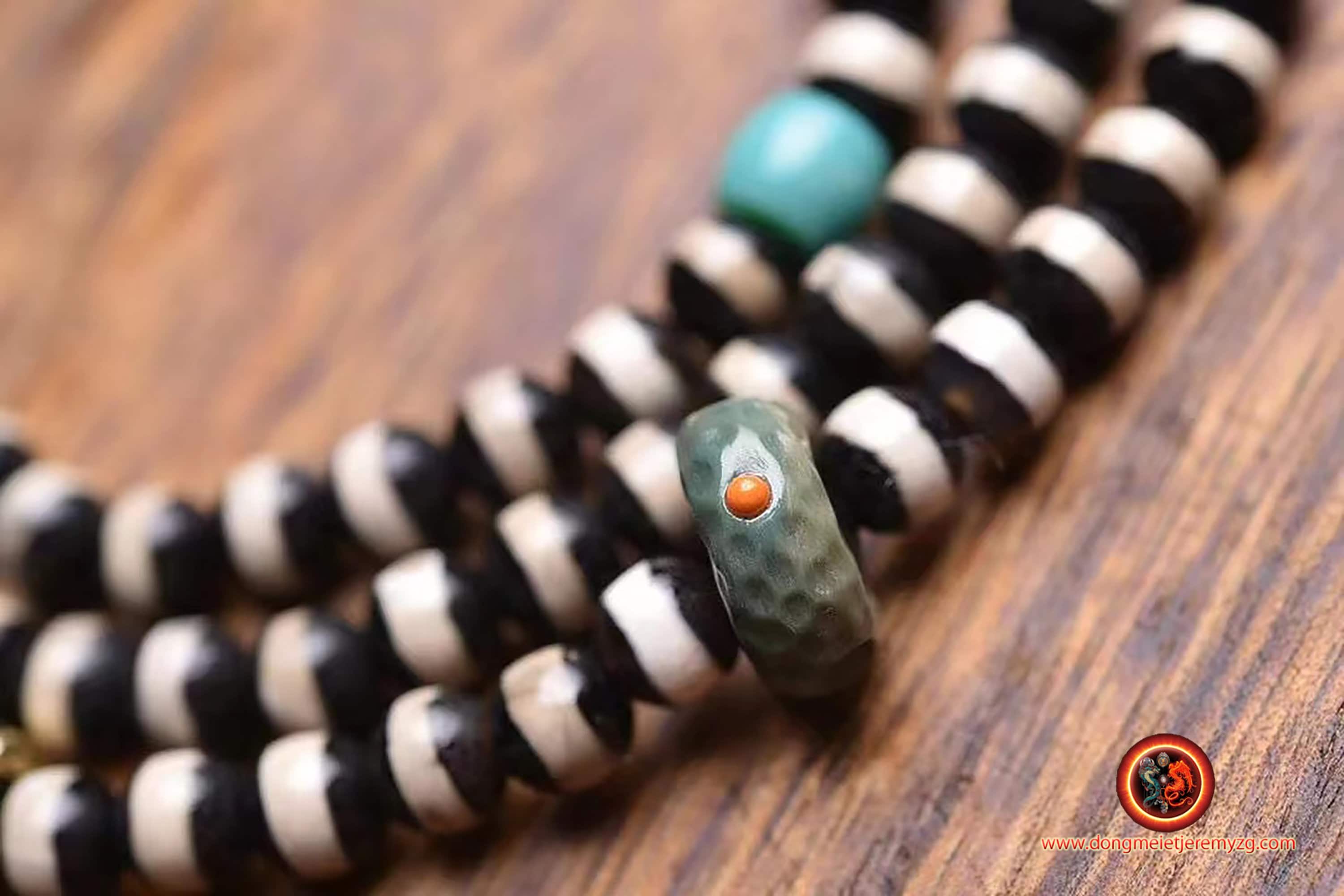 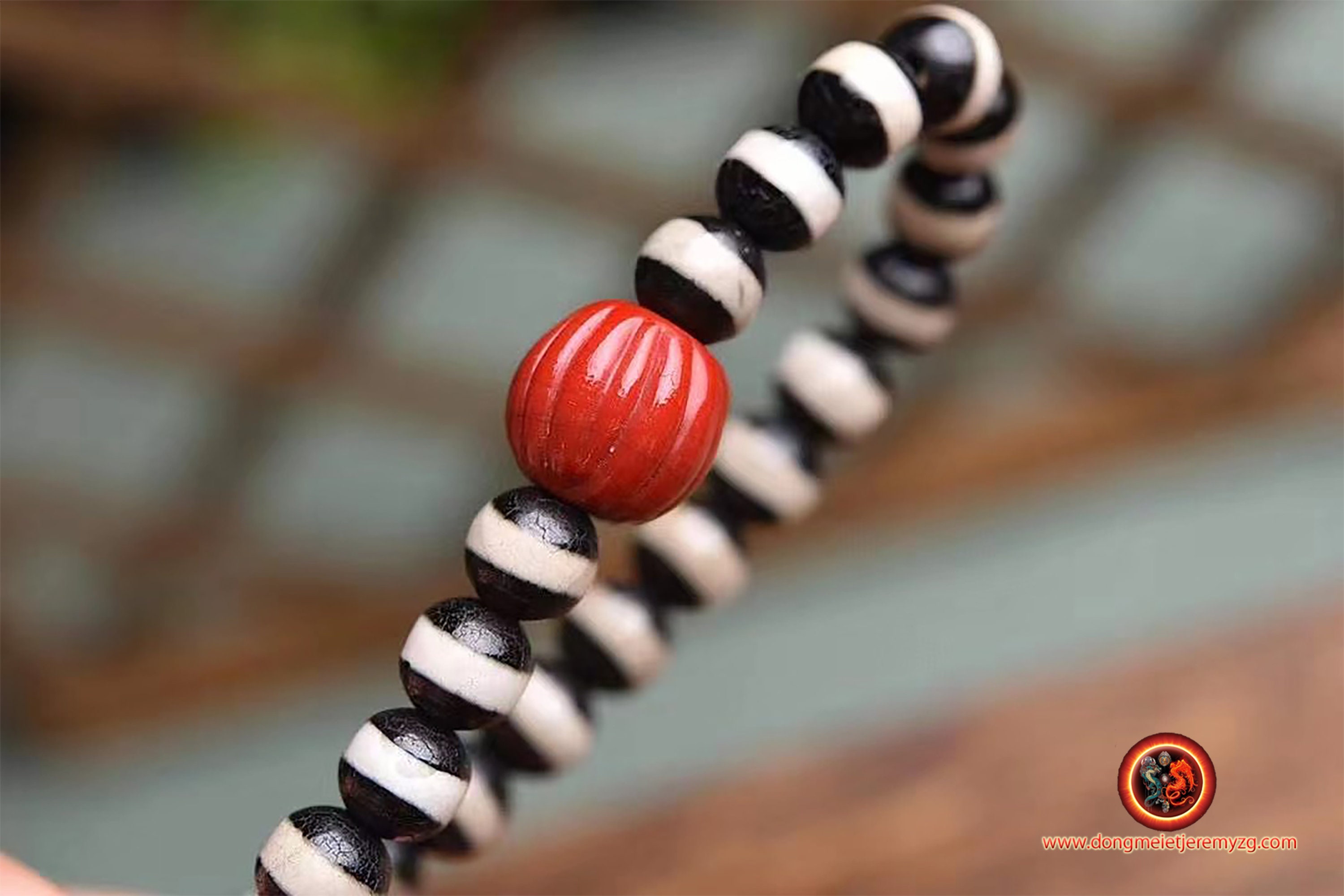 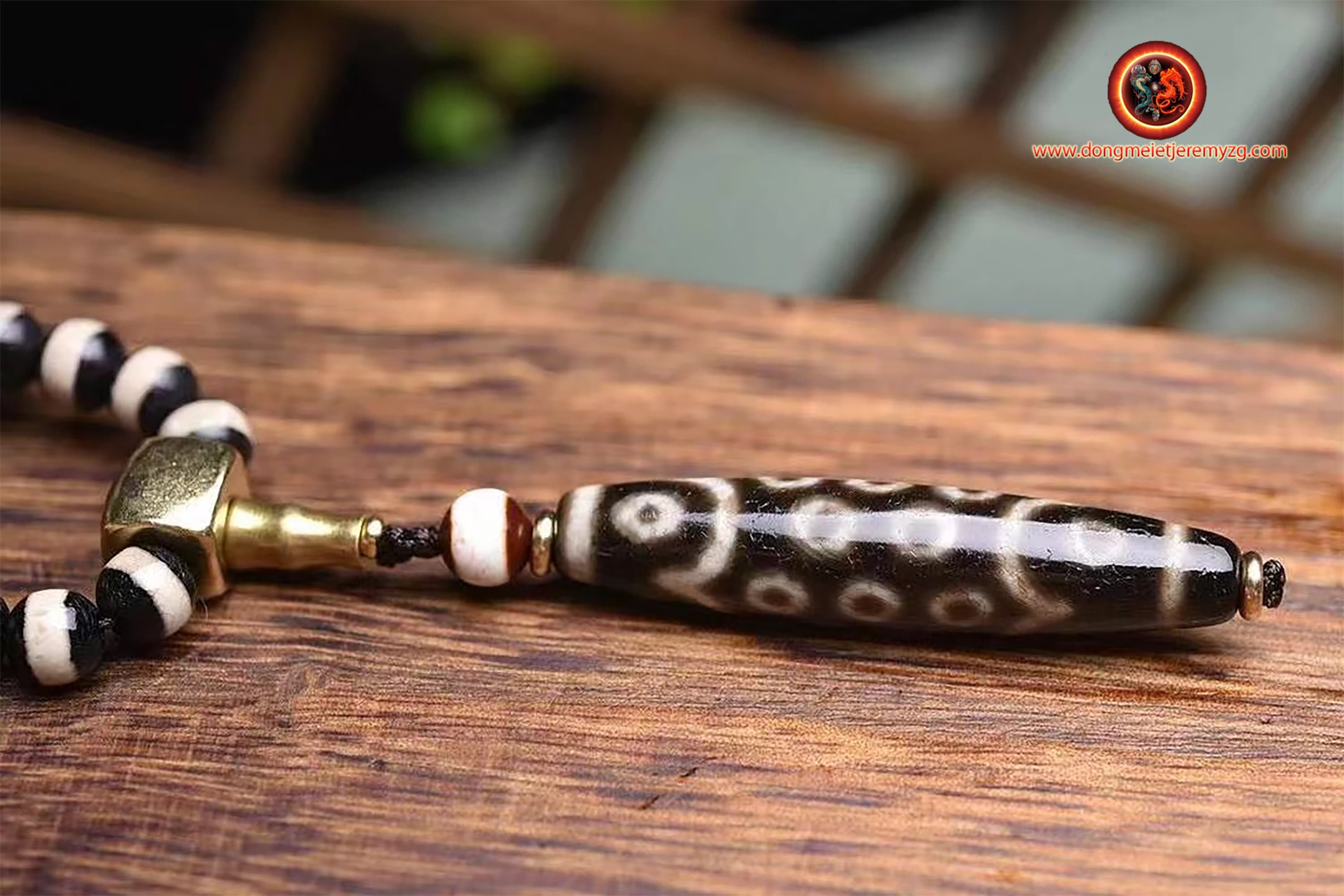 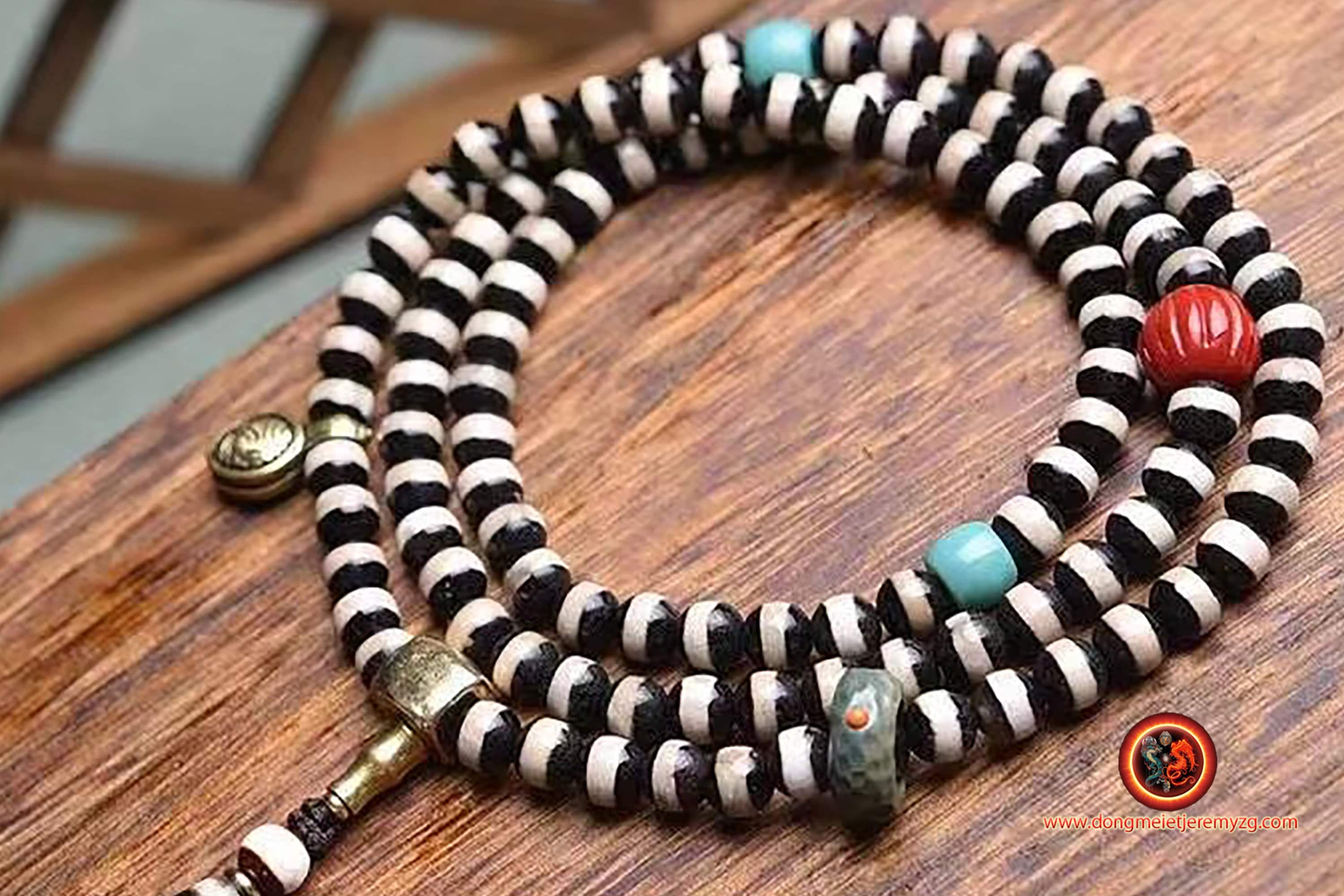 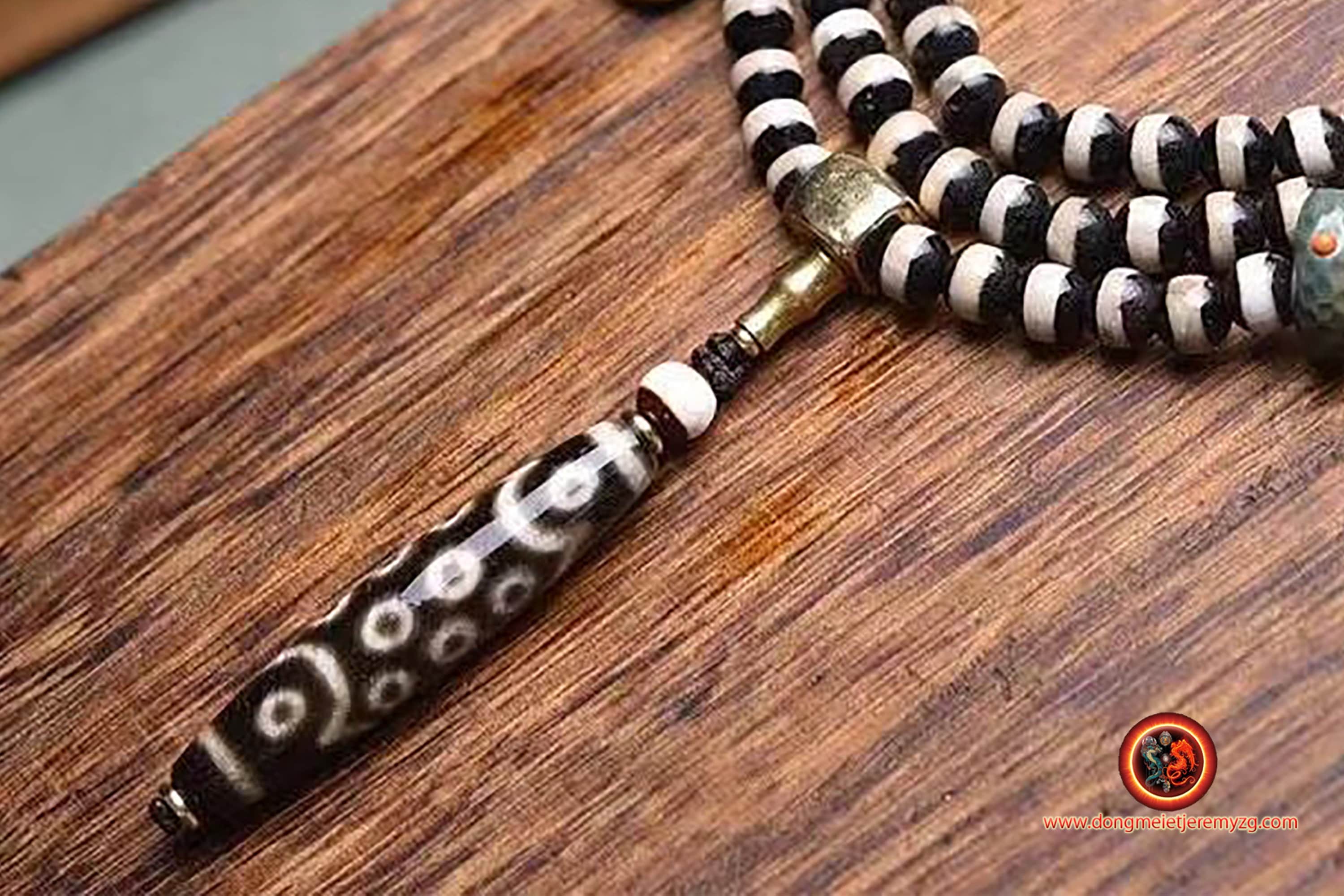 According to Tibetan tradition, the Dzi of the 21 eyes increases the magic power inherent in the wearer, it performs what you desire most. This dzi magnifies all the characteristics of other pearls and concentrates them into one. This dzi helps the owner to reach a demigod state by the fact that his dreams come true. But the holder of such a pearl must remain pious and pure of heart. The pearl with 21 eyes is highly sought after.

Dimension of the DZI 57mm long by 12mm in diameter
Weight of the mala 111 grams.

A lot of counterfeits are circulating, as well as modern DZIs sold as antiques at astronomical prices

The whole is enhanced with true turquoise from the Hubei region.
From agate Nan Hong "southern red" of Yunnan province. This unusual volcanic agate owes its color to its natural cinnabar content.