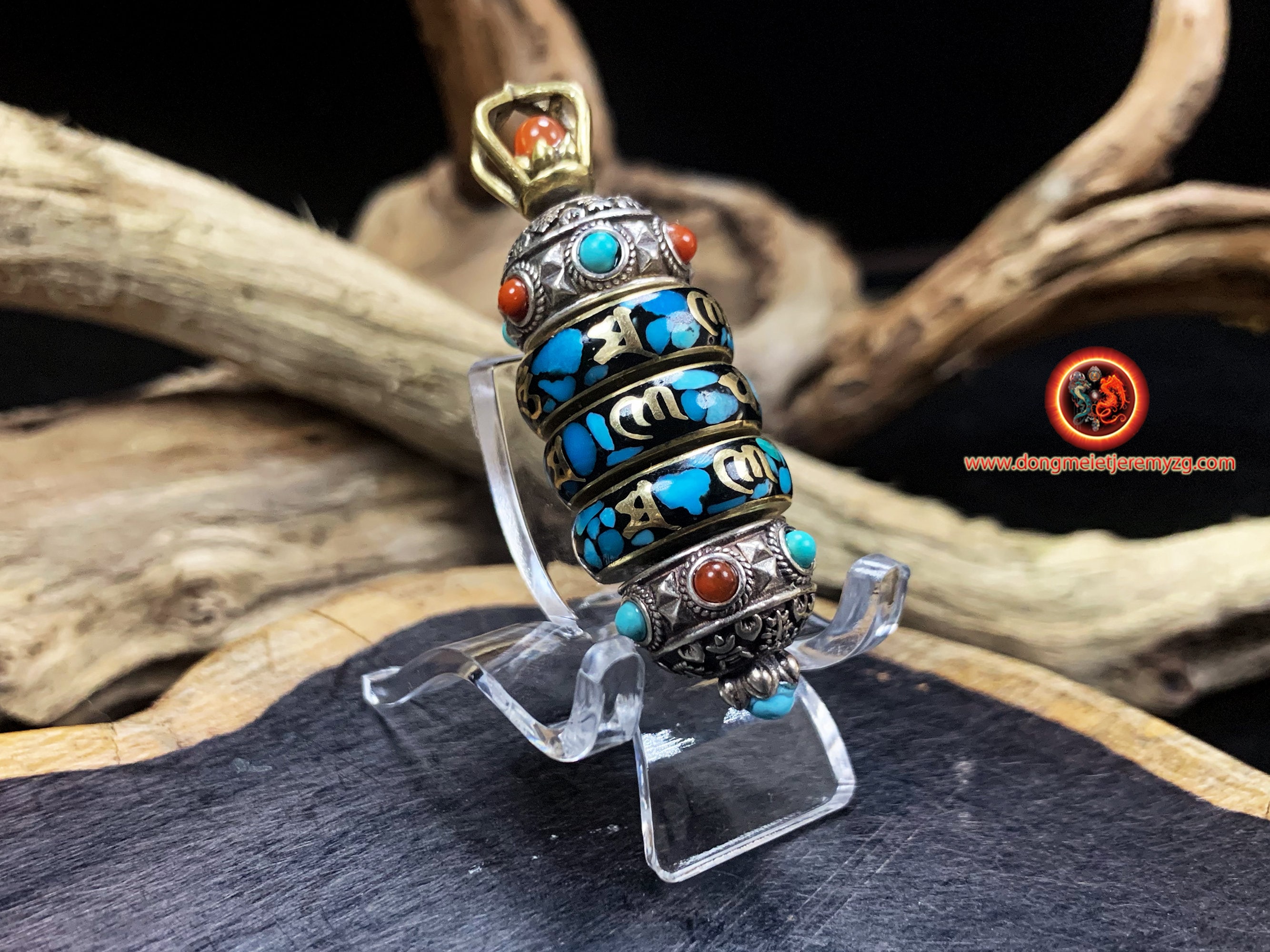 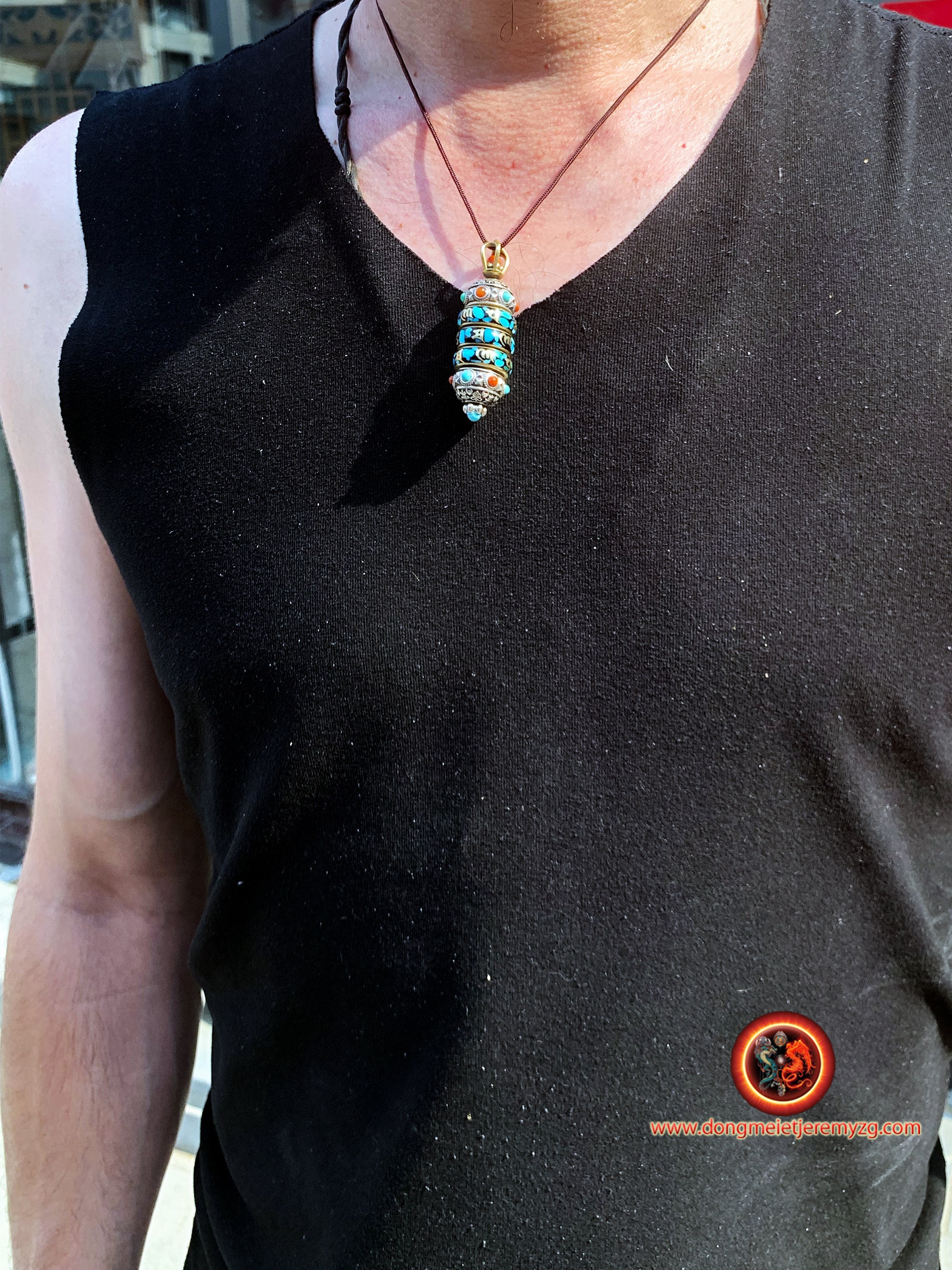 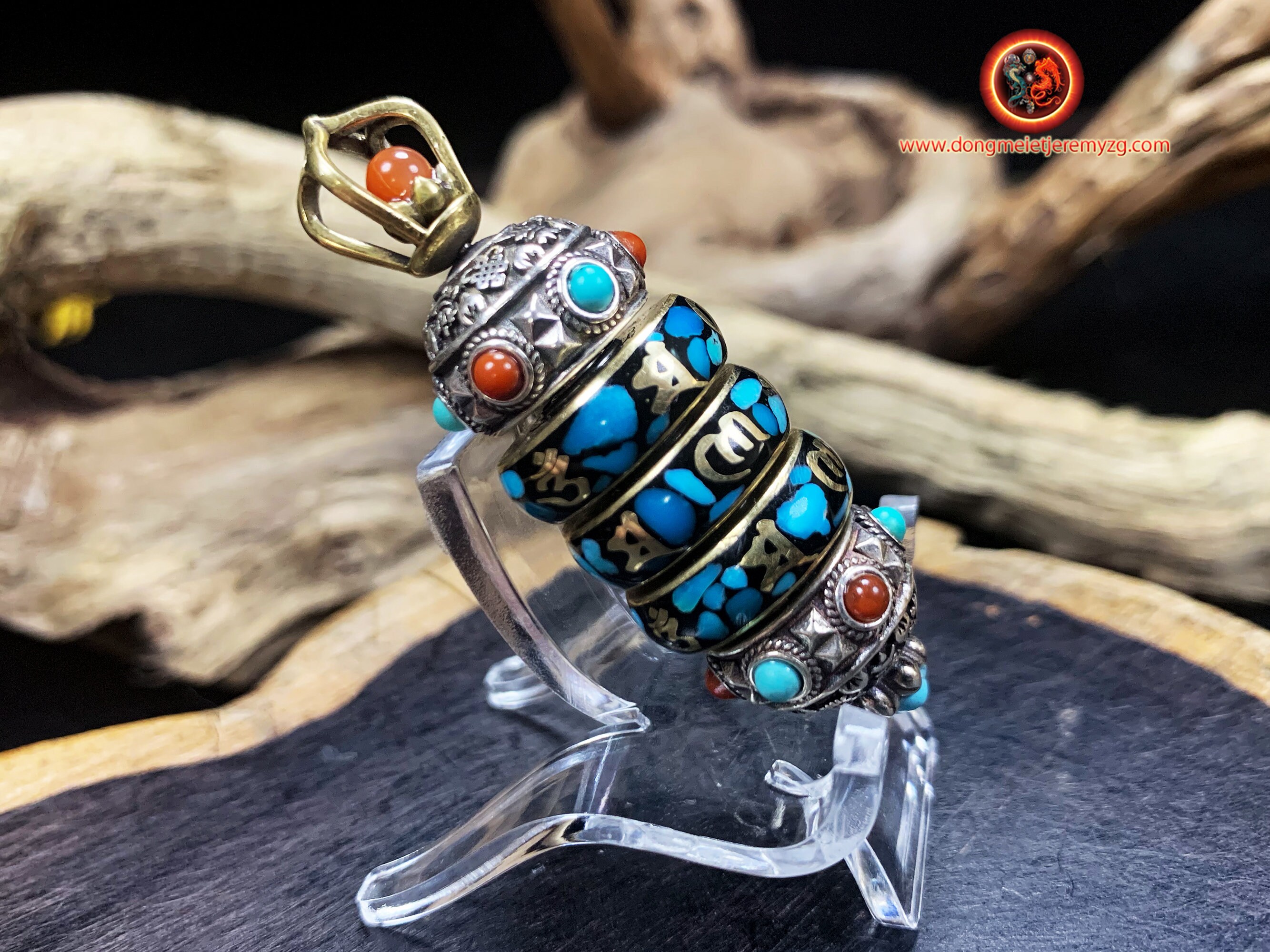 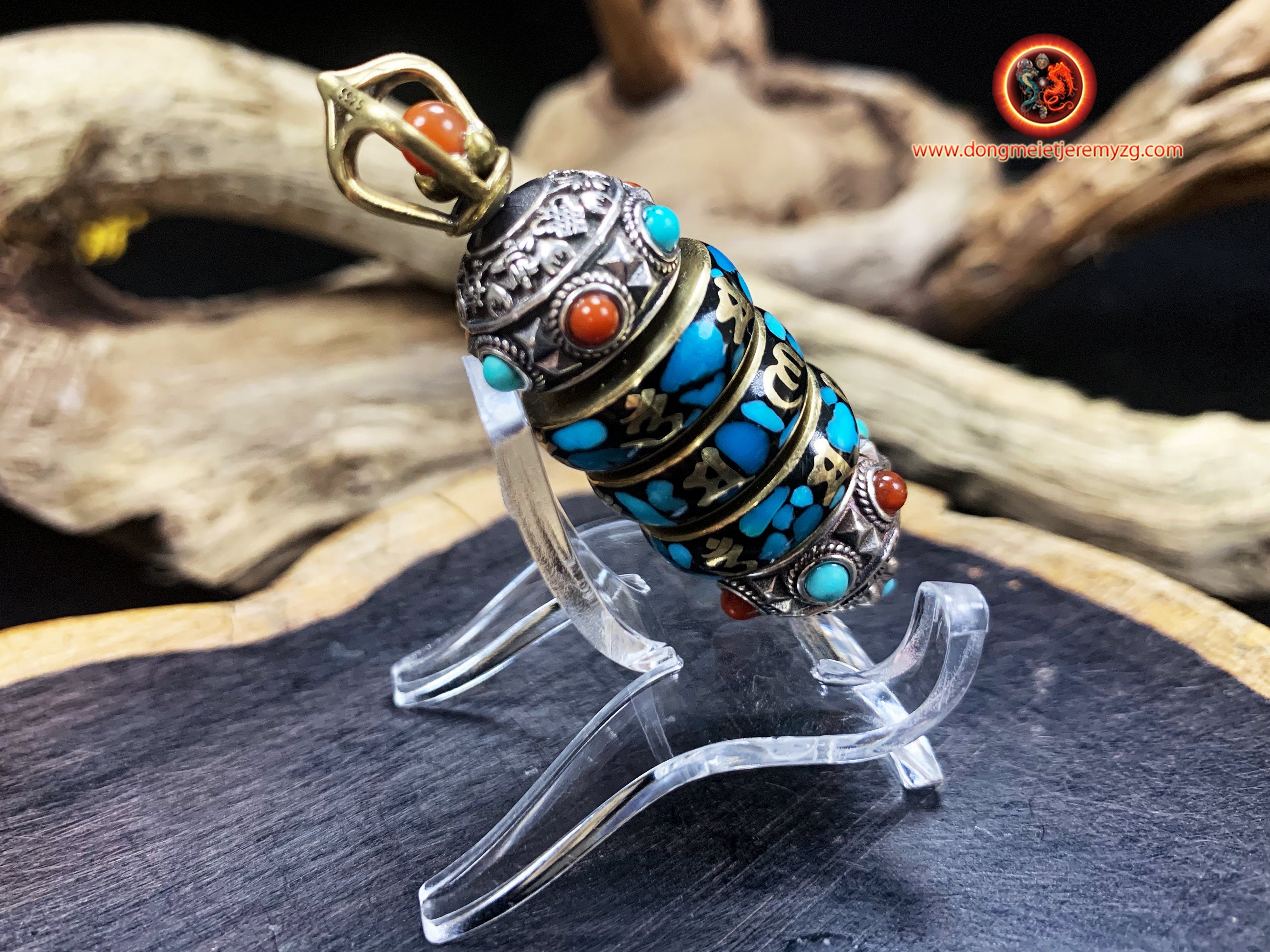 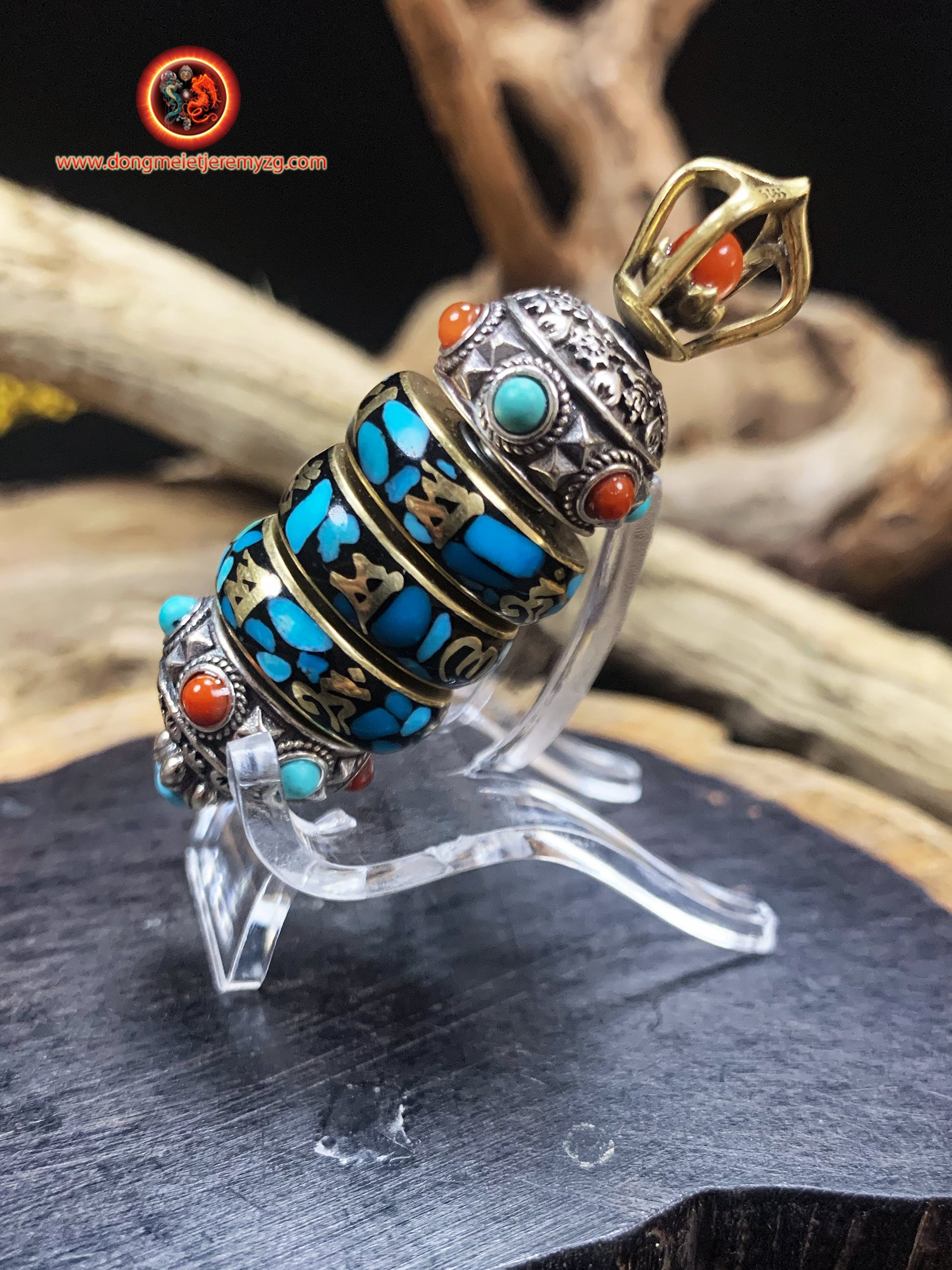 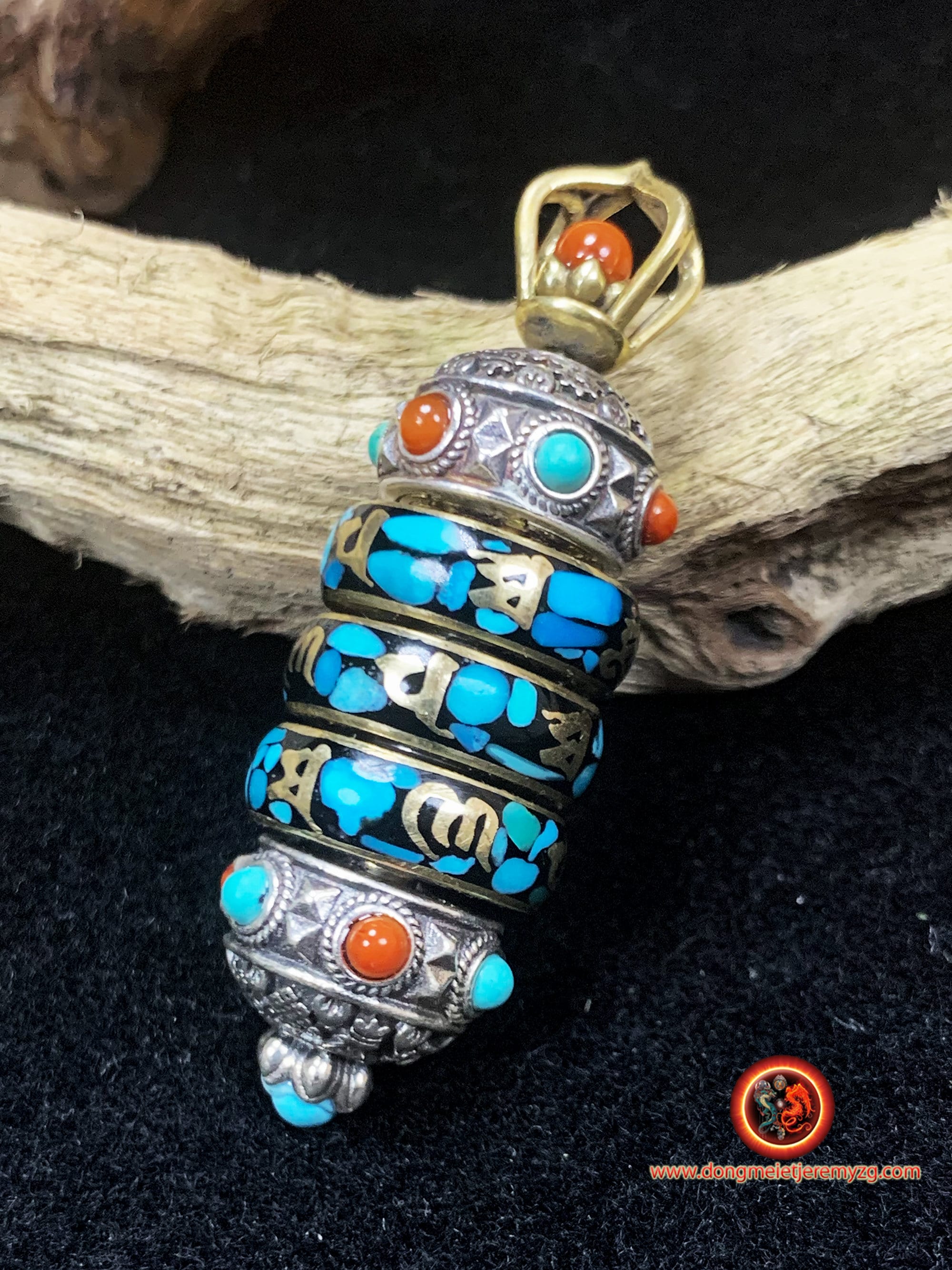 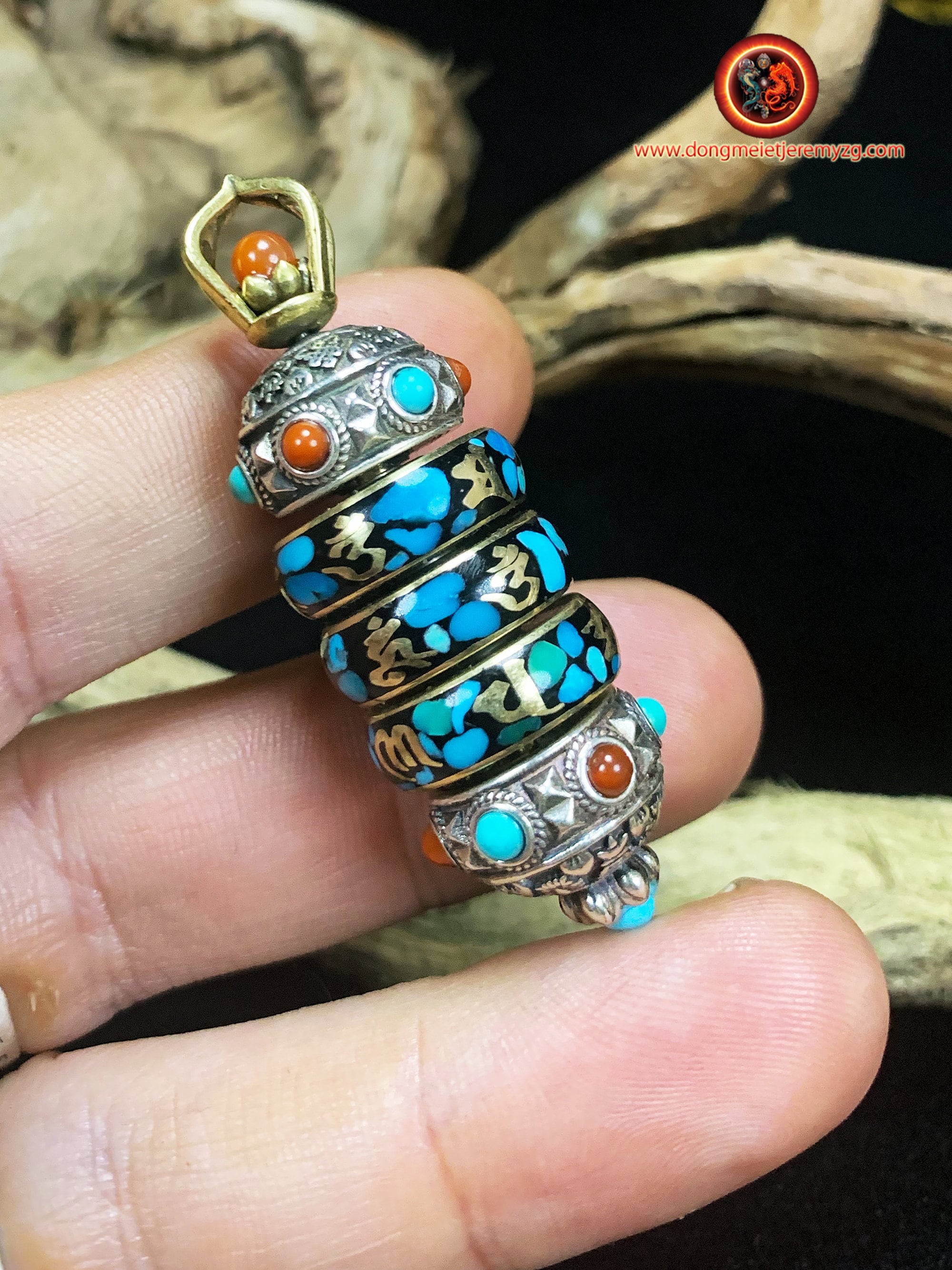 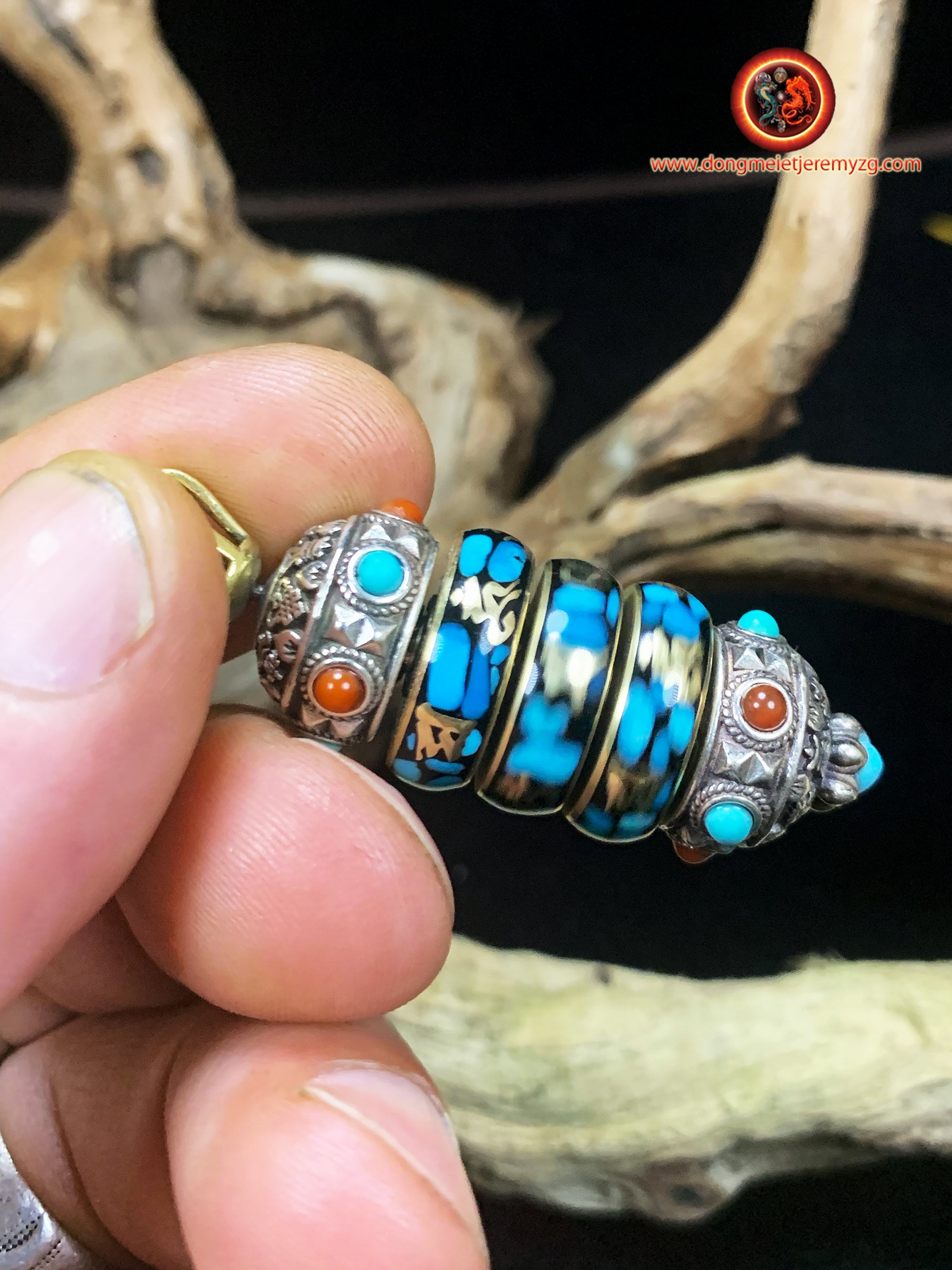 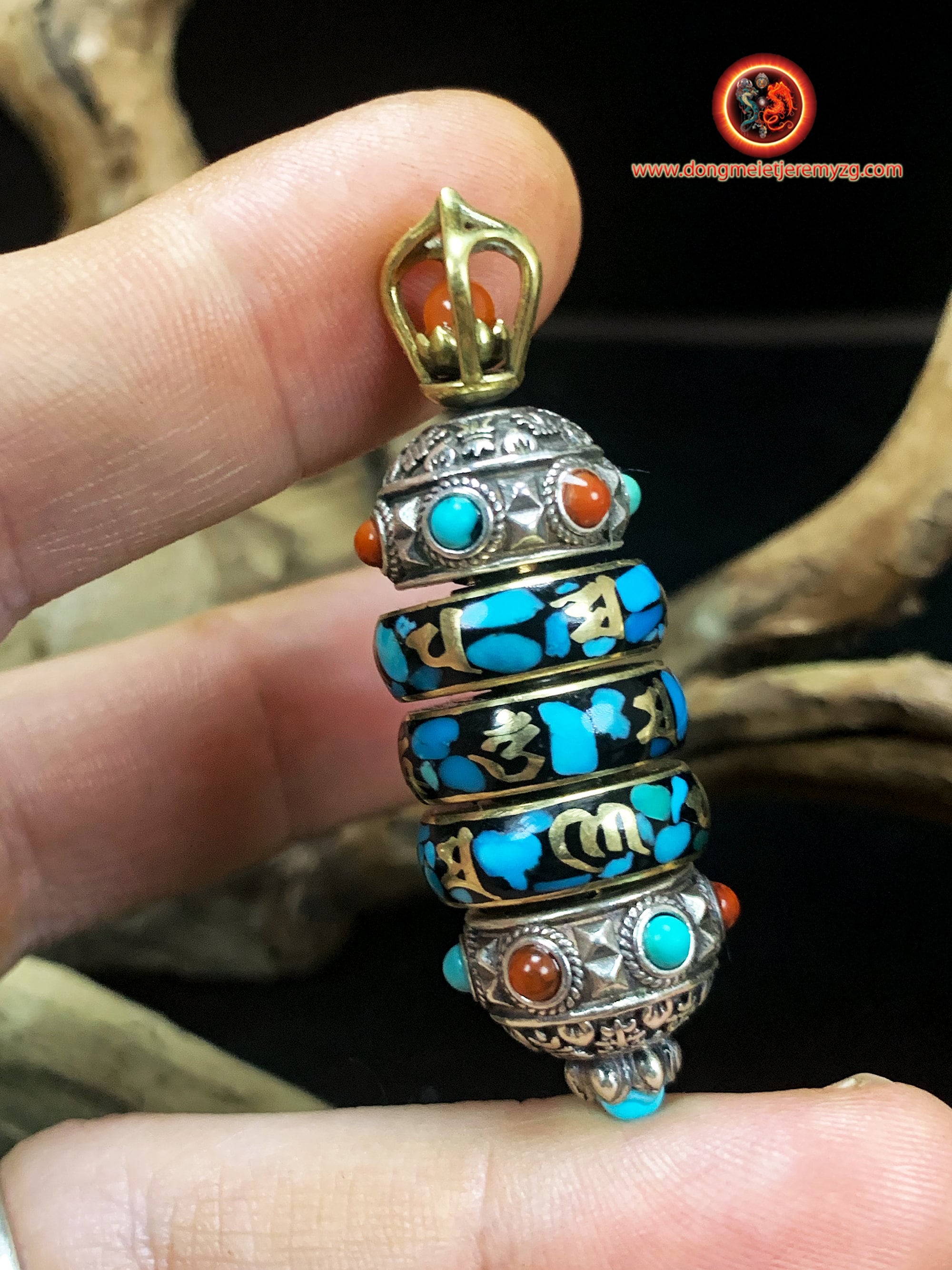 Video available via this link
https://youtu.be/FGXqOGzQVnc

The traditional prayer mill consists of a cylinder filled with mantras and can rotate freely around an axis. According to the beliefs associated with this object, activating such a mill has the same spiritual value as reciting the prayer of the mantra, the prayer being supposed to spread thus in the air as if it were pronounced.

The mills often arranged in long series are set in motion one after the other by the faithful who passes in front of them. The faithful moves the mills with his right hand. And the mill must be turned clockwise, so that the mantra is read in the direction it was written.

According to Tibetan Buddhism, reciting the mantra of Chenrezig Om Mani Padme Hum, aloud or inwardly, is an invocation to the benevolent and powerful attention of Chenrezig, the expression of the Buddha's compassion. The fact of seeing the mantra written can have the same effect, that is why it is found in clearly visible places, or even engraved in stone. It can also be invoked using prayer mills on which the mantra is inscribed, sometimes thousands of times. There are different formats of prayer mills: there are those that you can carry with you and rotate with one hand, and there are others that are so large and heavy that it takes several people to turn them. According to Tibetan Buddhist monks, the mantra Om Mani Padme Hum (Hung) alone brings together all the buddha's teachings. We will now see step by step the power of this mantra in a more "technical" way.