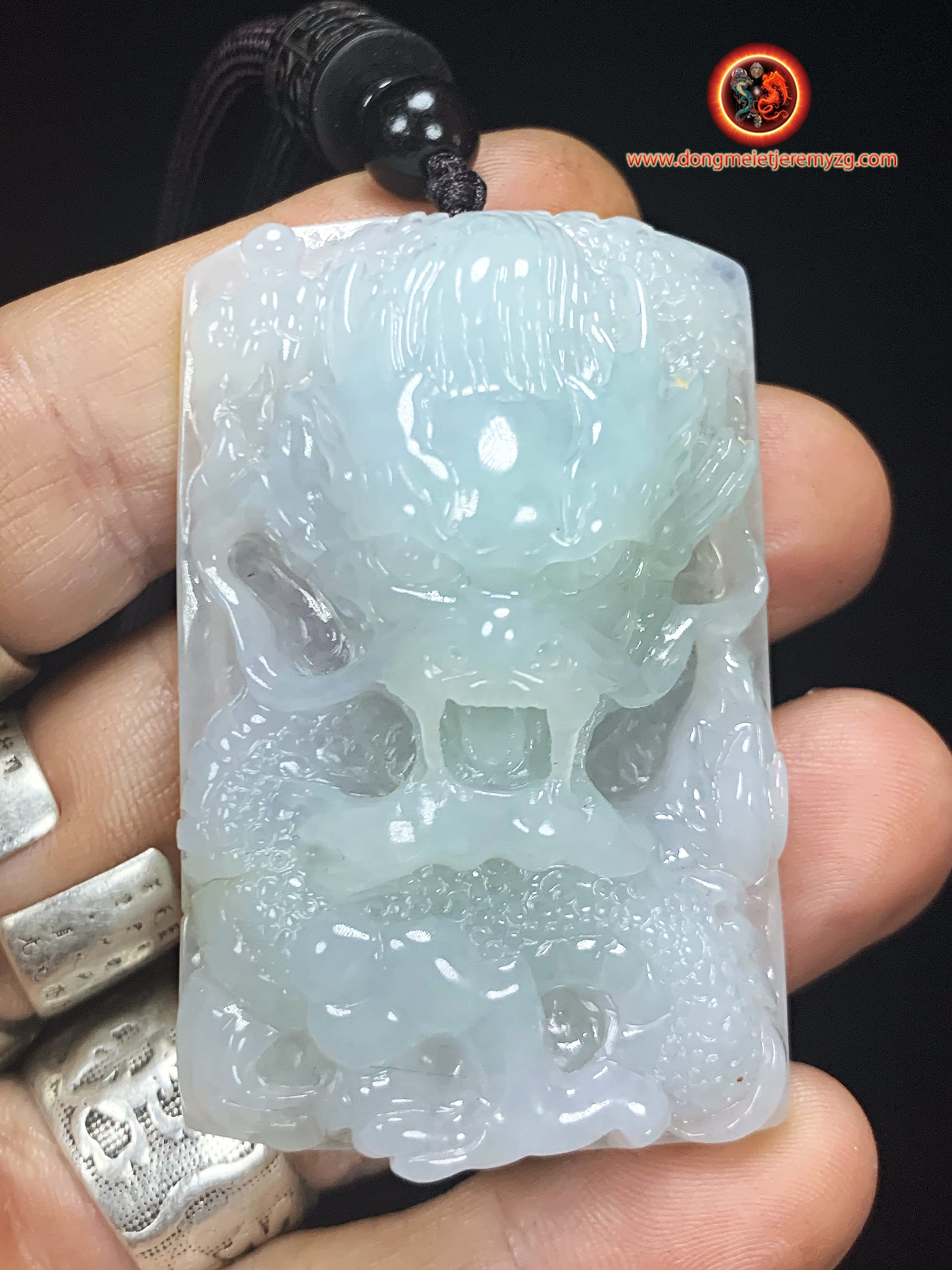 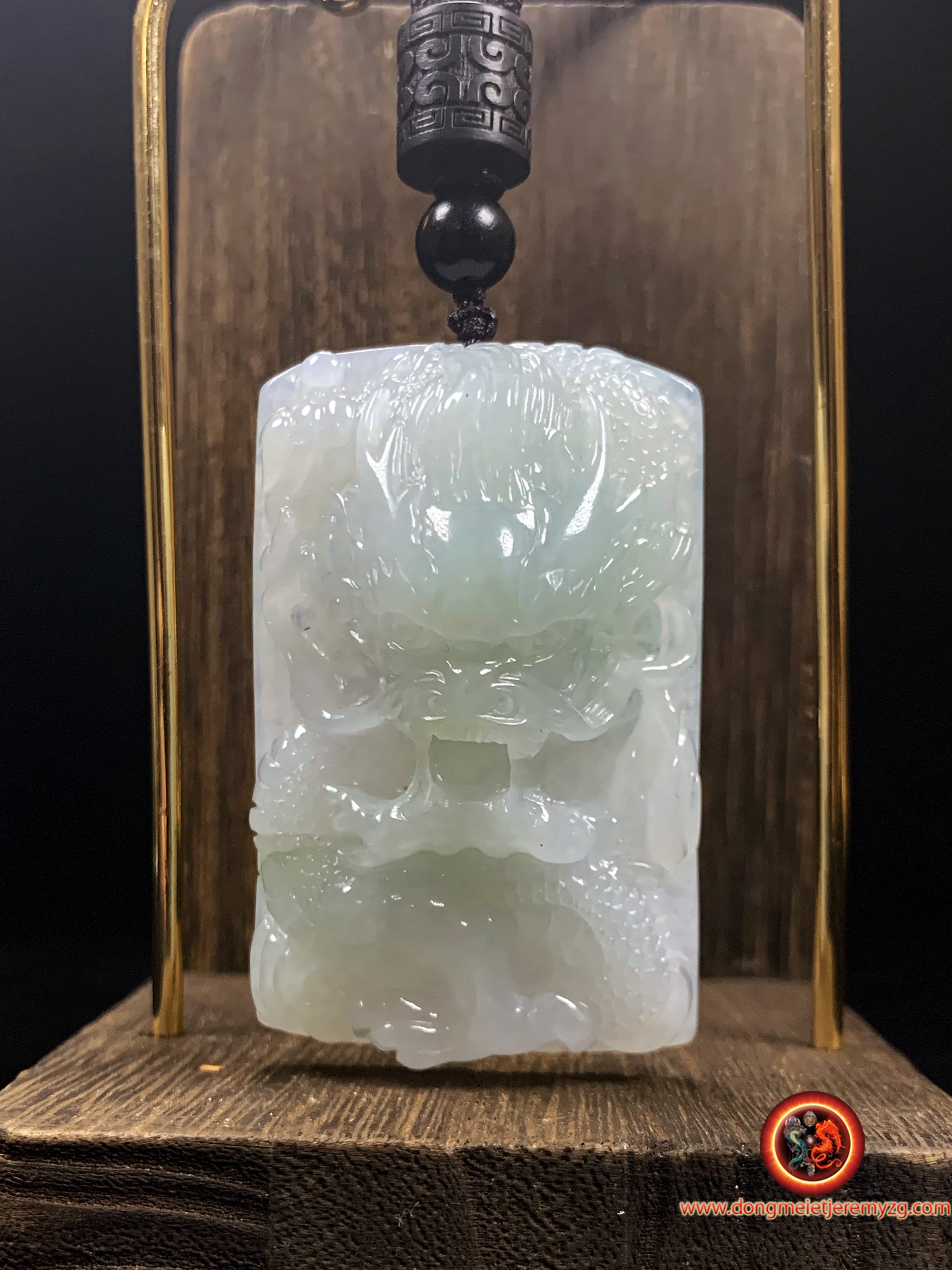 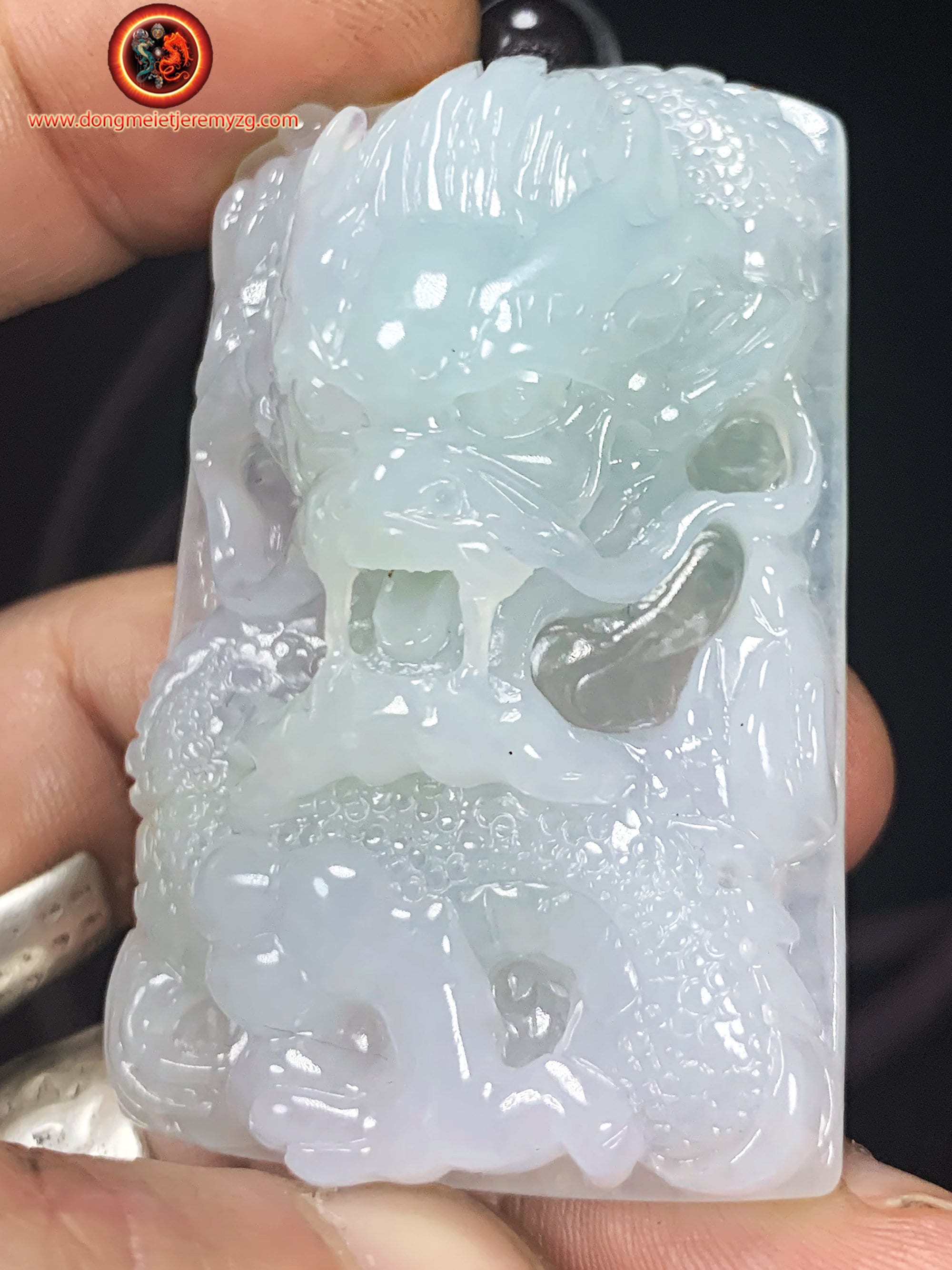 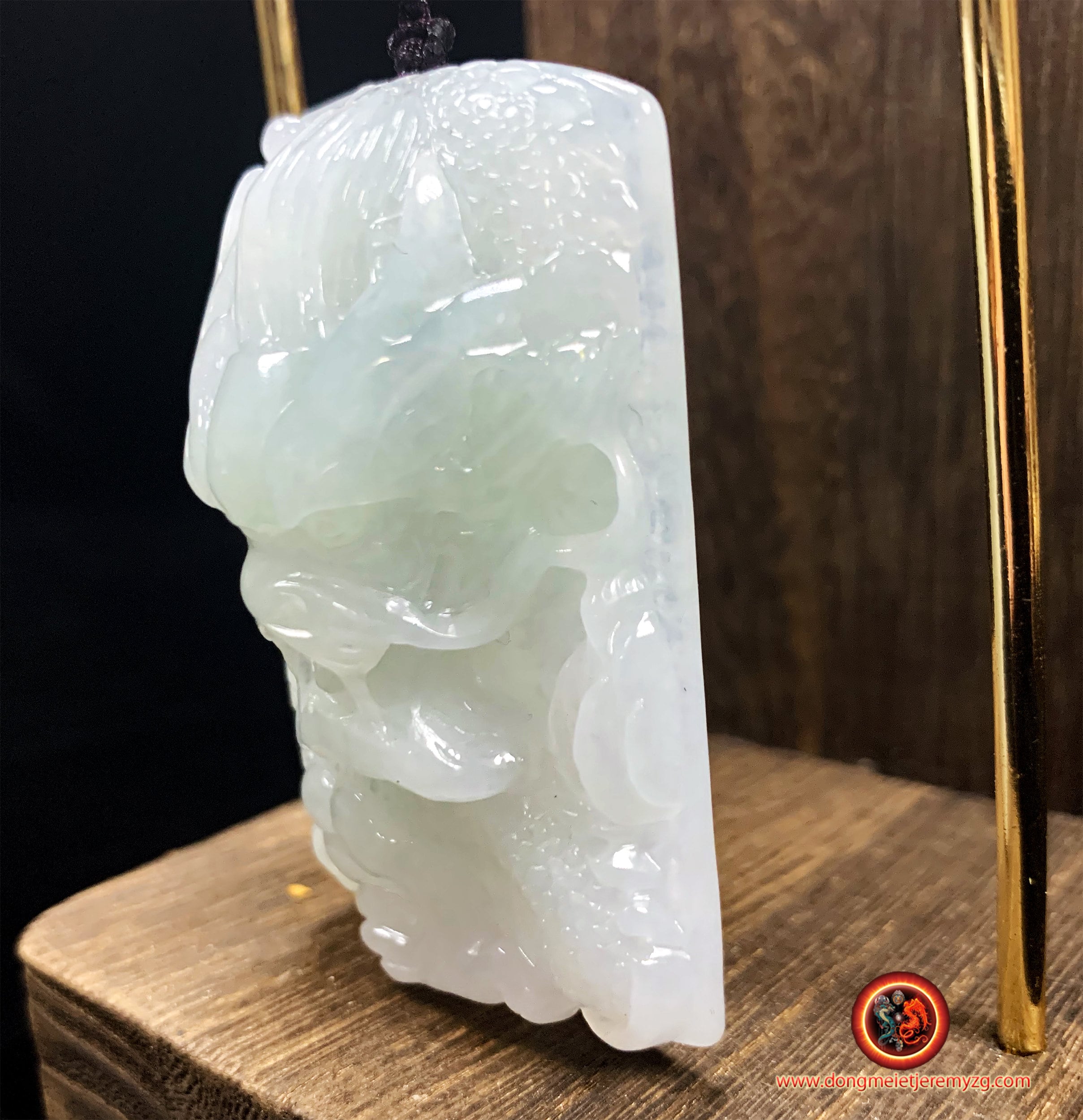 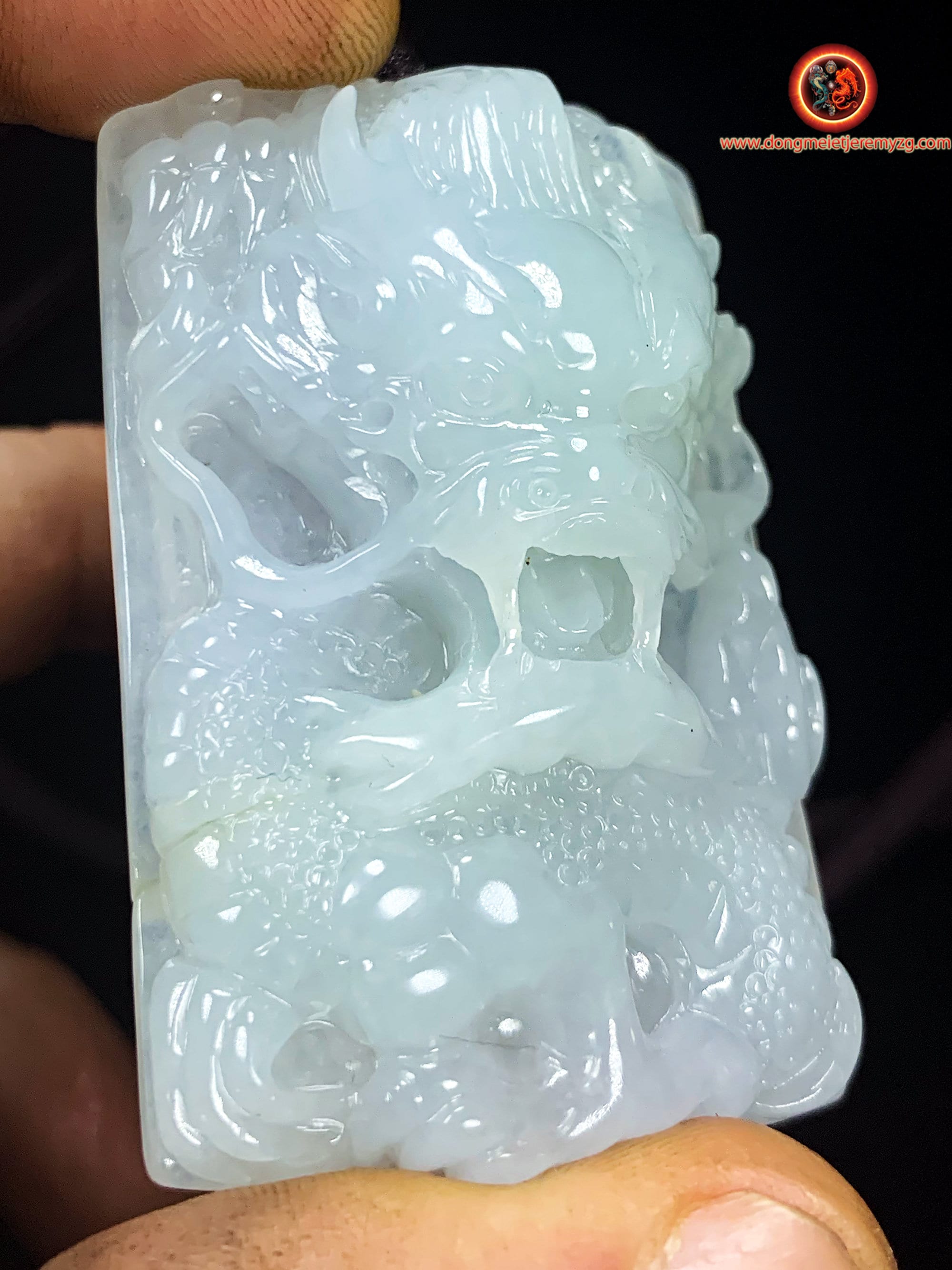 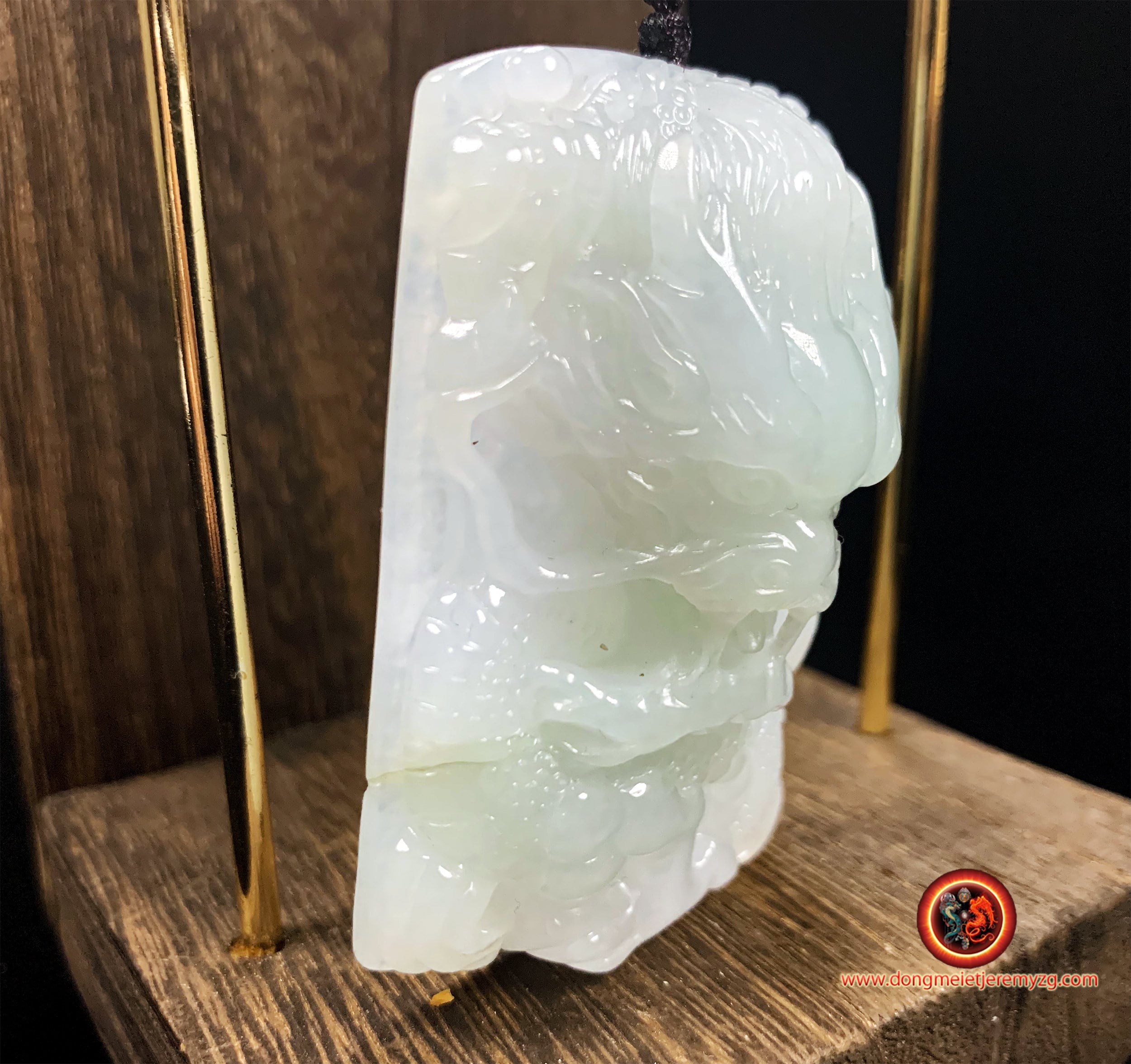 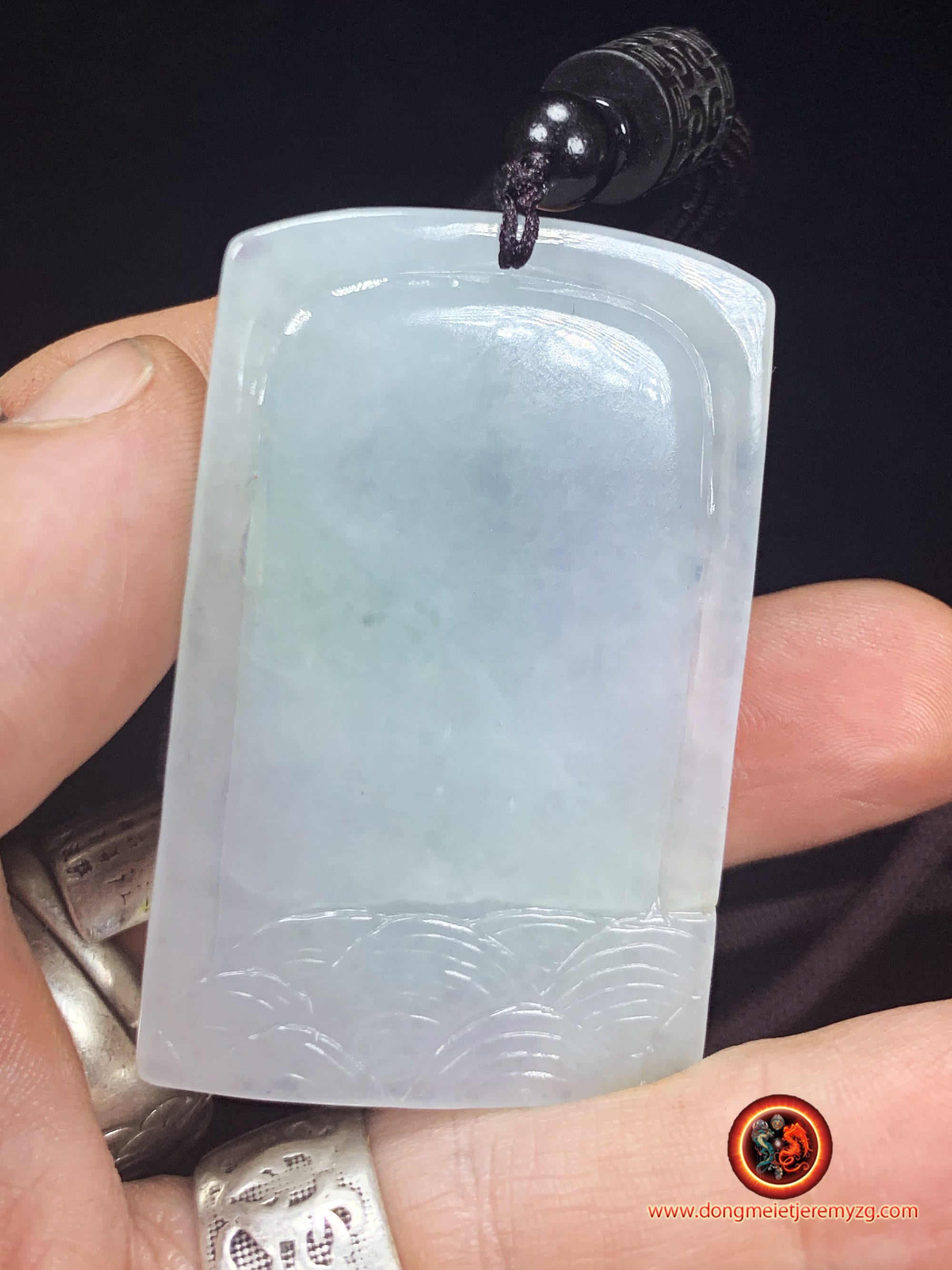 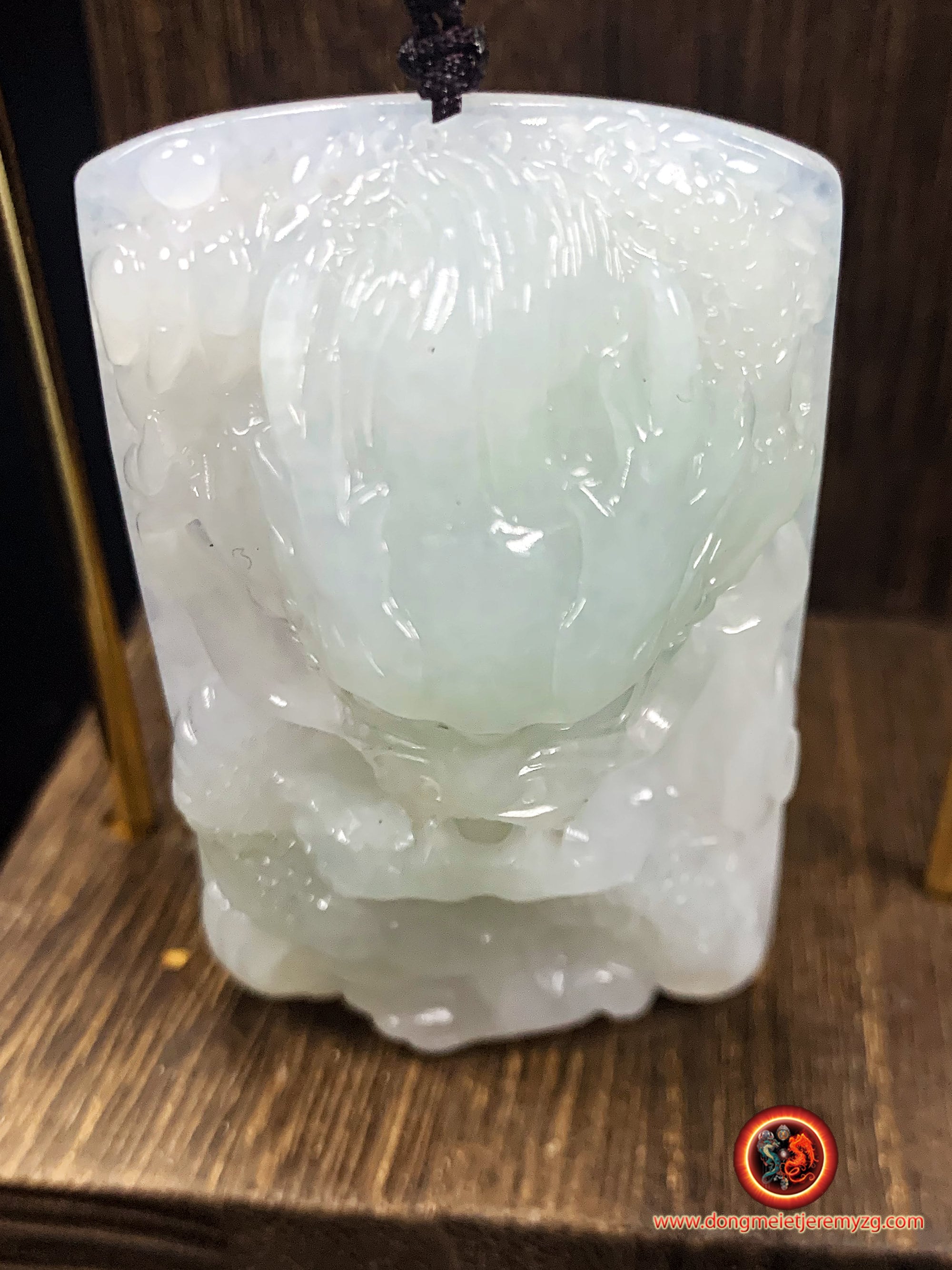 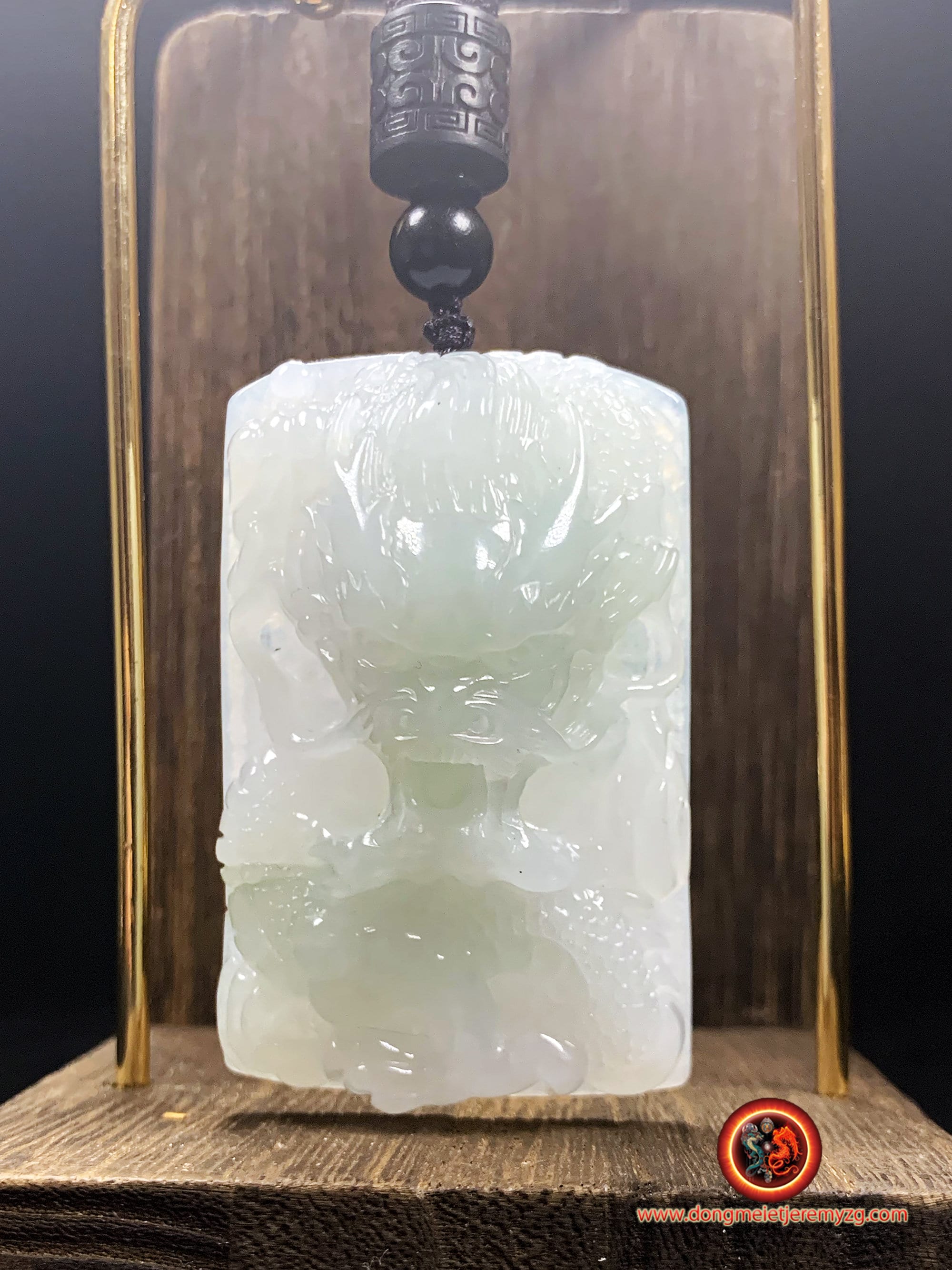 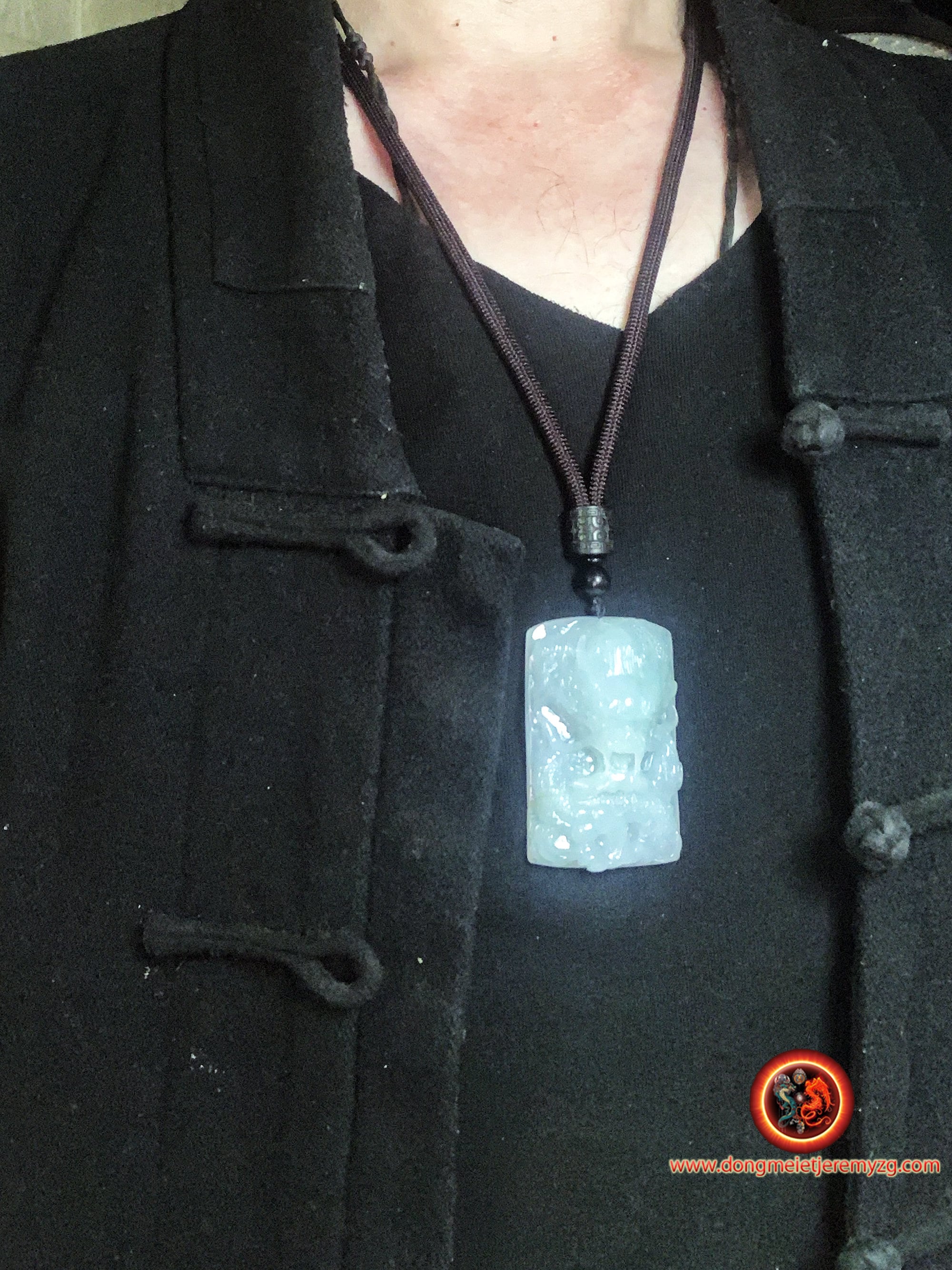 Dragon pendant,
jade jadeite. Burmese dragon.
Natural jade, neither processed nor tinted grade A
Appraised and certified all-natural part
As a gemologist graduated from the National Institute of Gemmology of Paris, all our stones are appraised and certified.
Exceptional handcrafted sculpture work
Rare piece

Mounted on a sturdy cord to support the weight of the pendant
Cord size 30cm
Set size 35.78cm

Video available via this link
https://youtu.be/GSo7-JitRZQ

Jadeite jade is a sodium and aluminum silicate of the pyroxenes group in the inosilicate family, harder, denser, rarer and considered more valuable
Because consumers traditionally associate jadeite with the color green, it surprises some people to learn that it also exists in other colors: lavender, red, orange, yellow, brown, white, black, and gray. All these colors can be attractive.