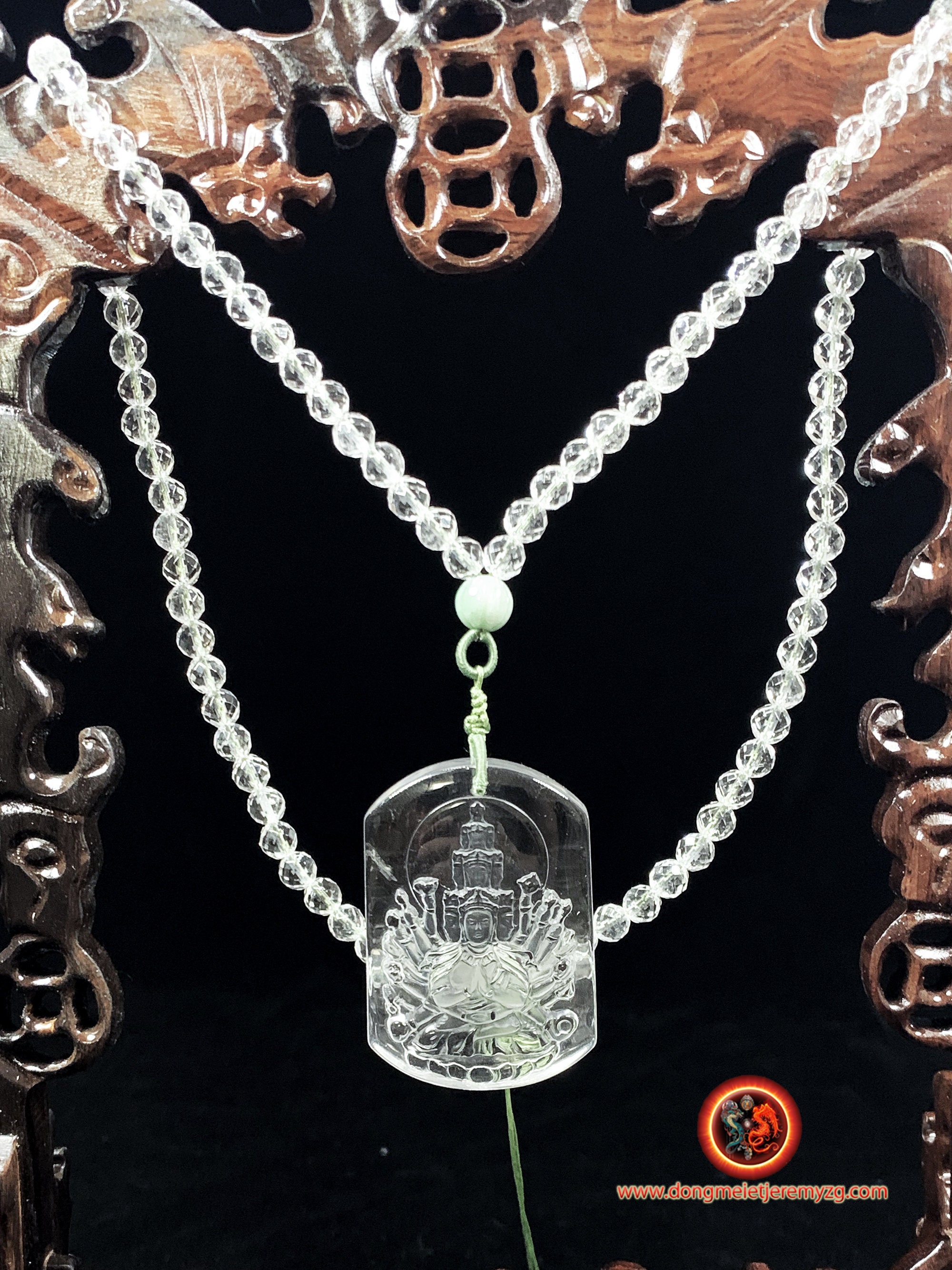 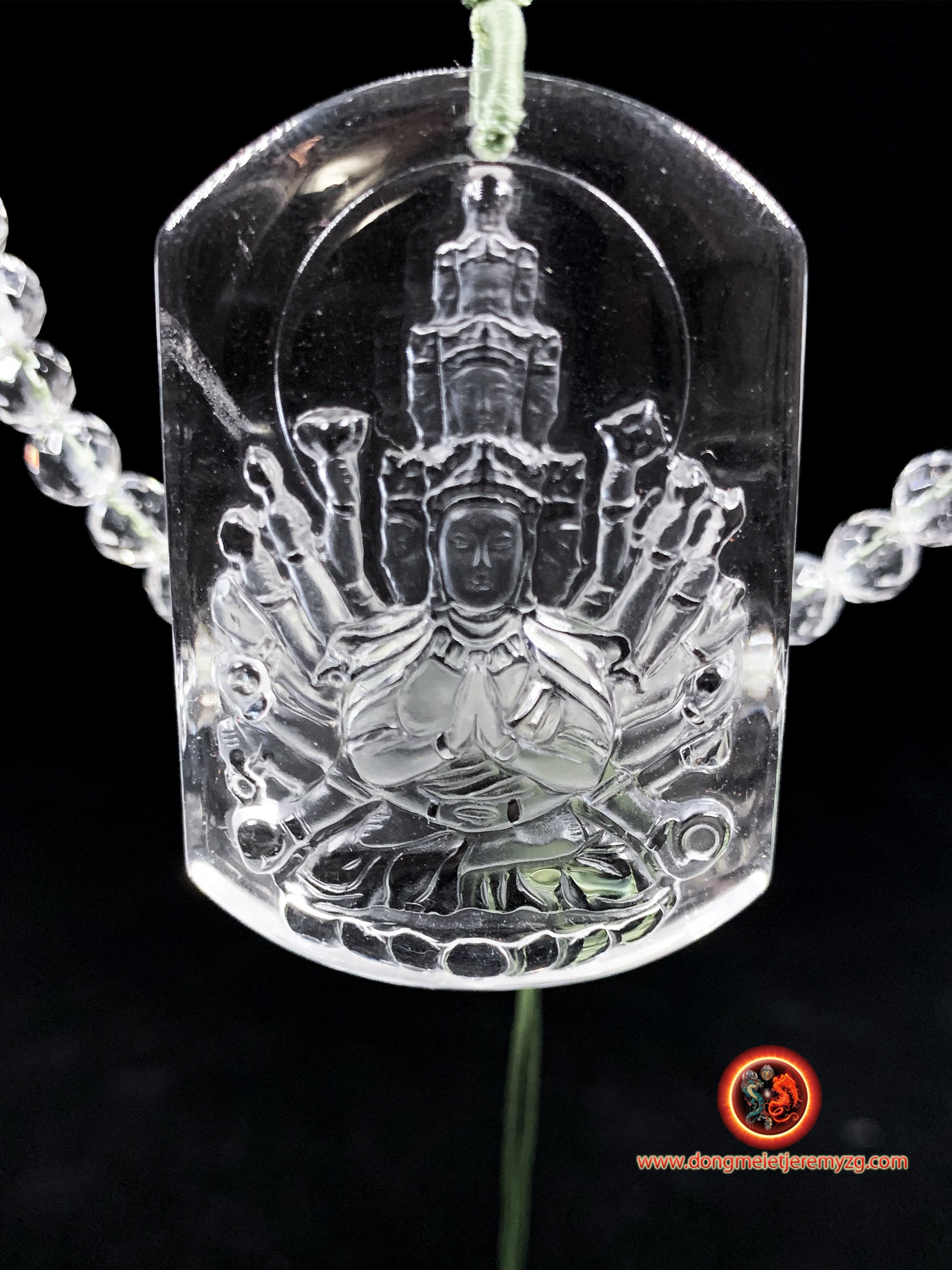 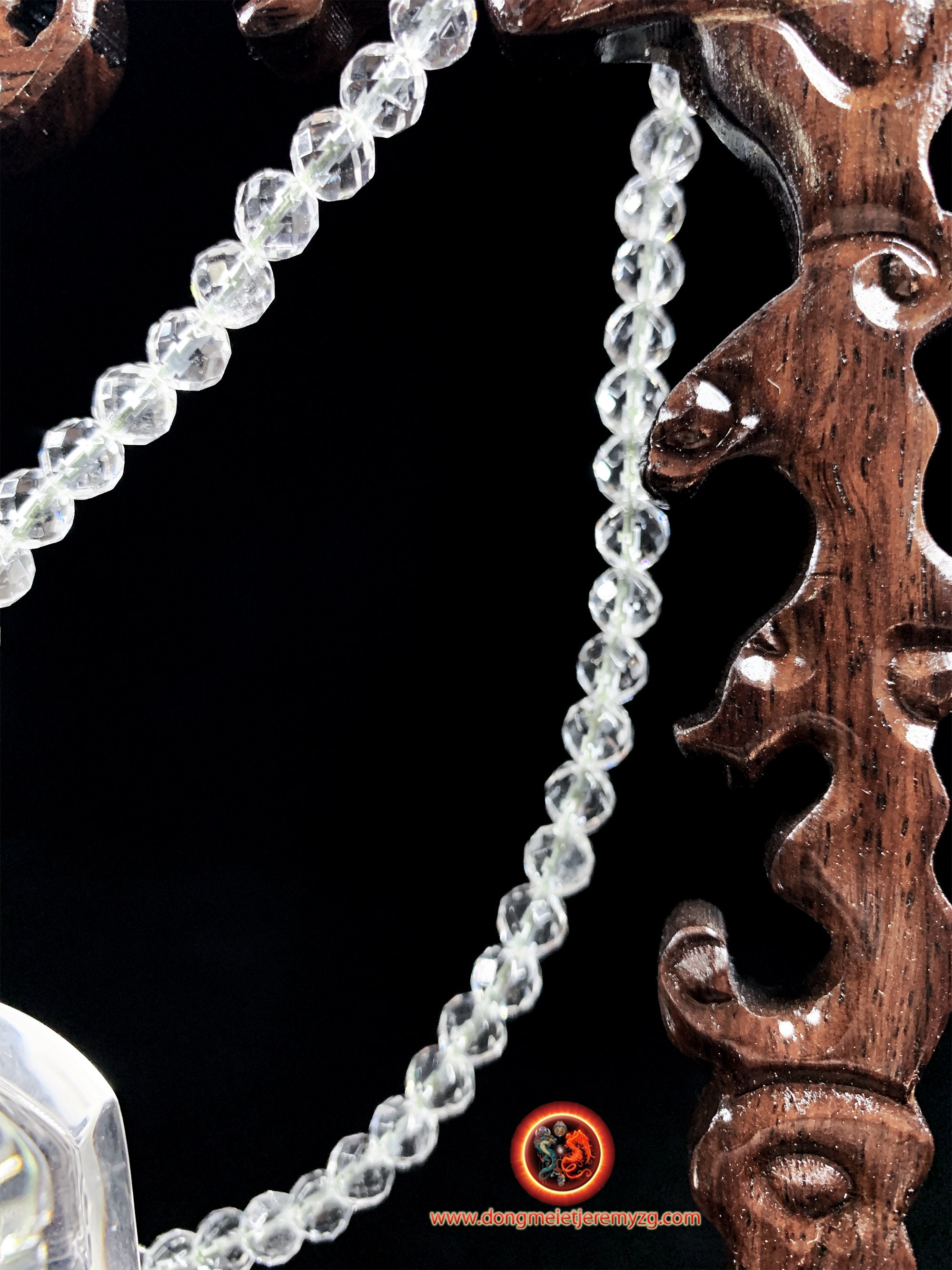 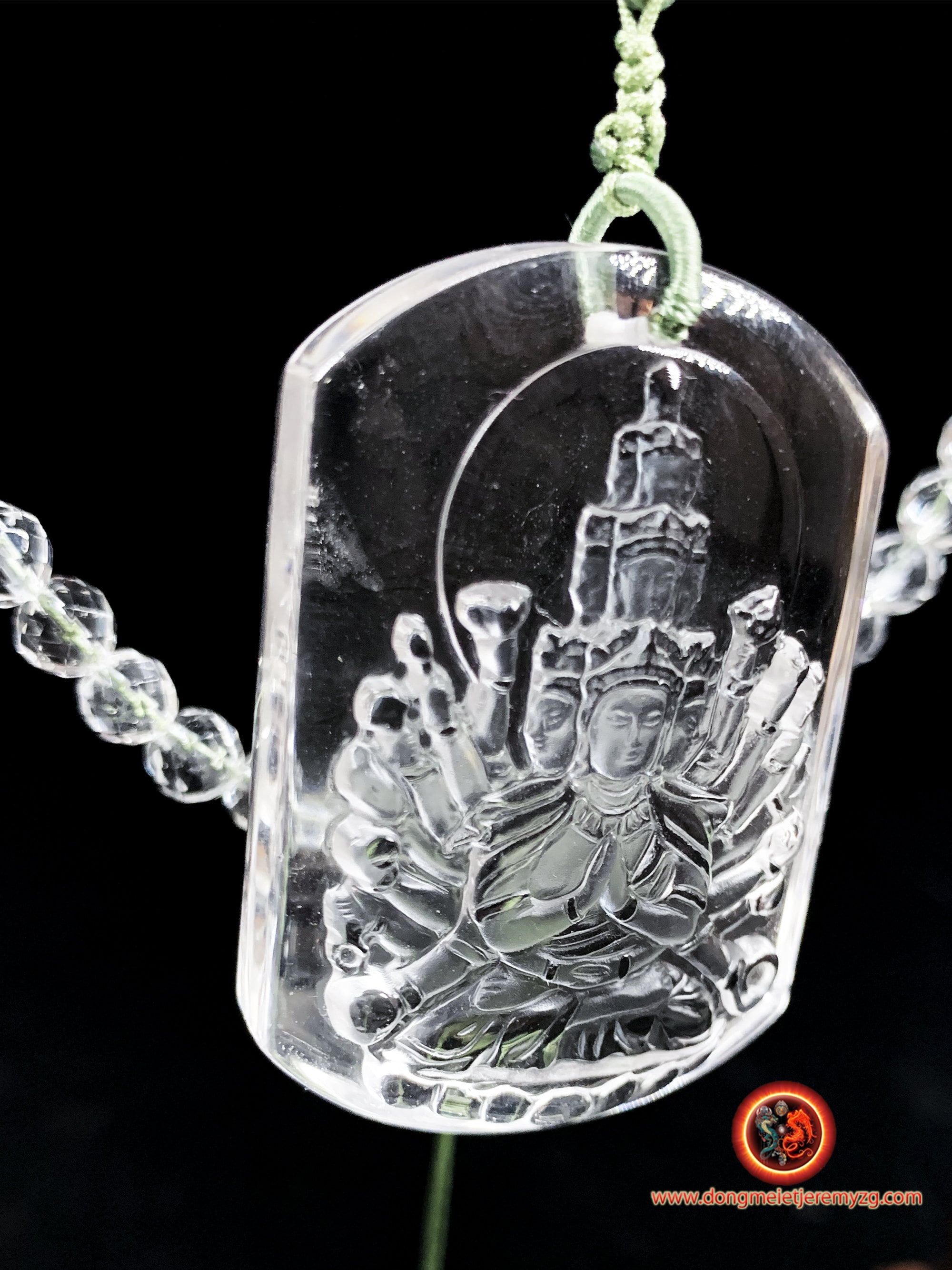 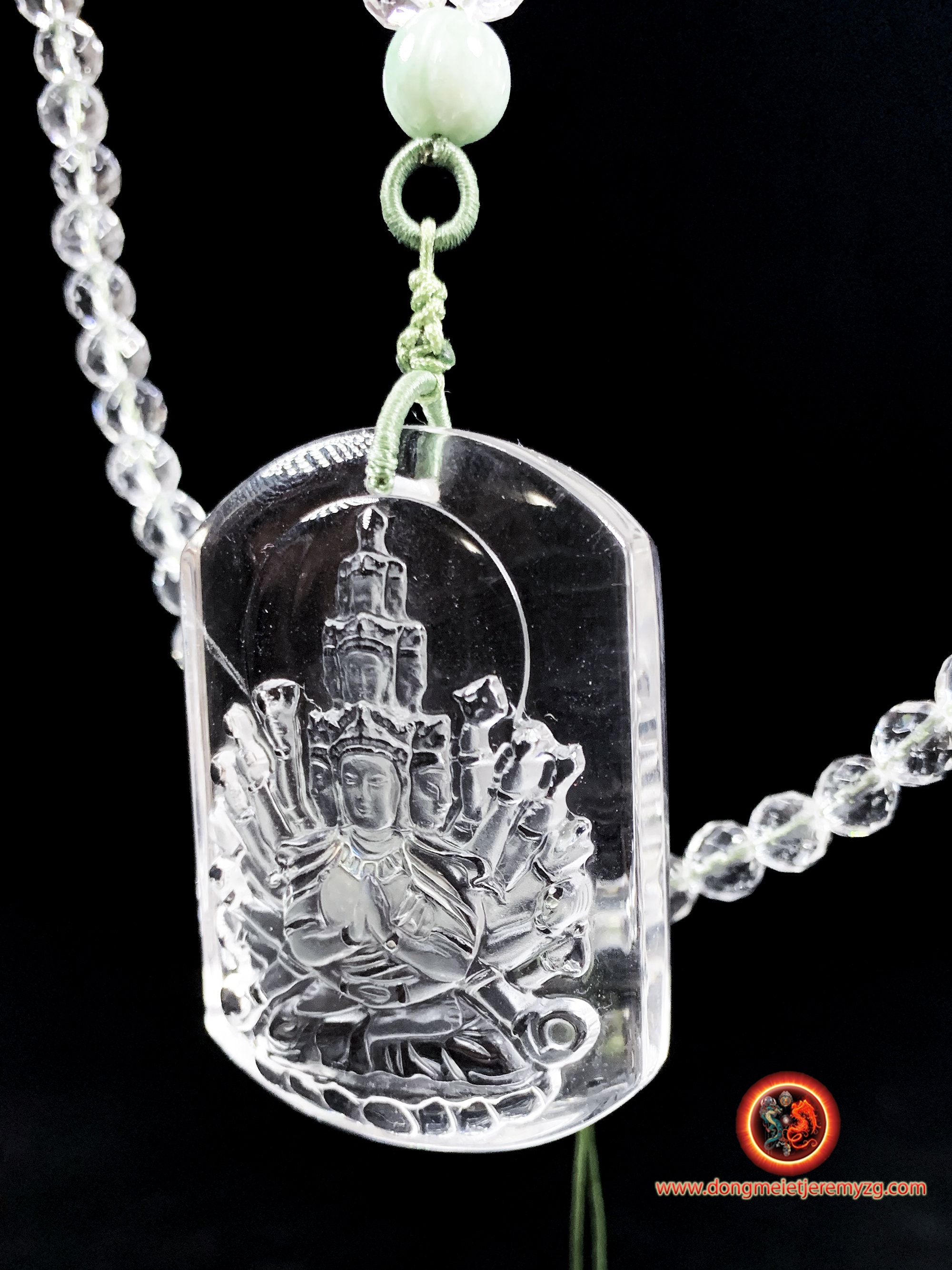 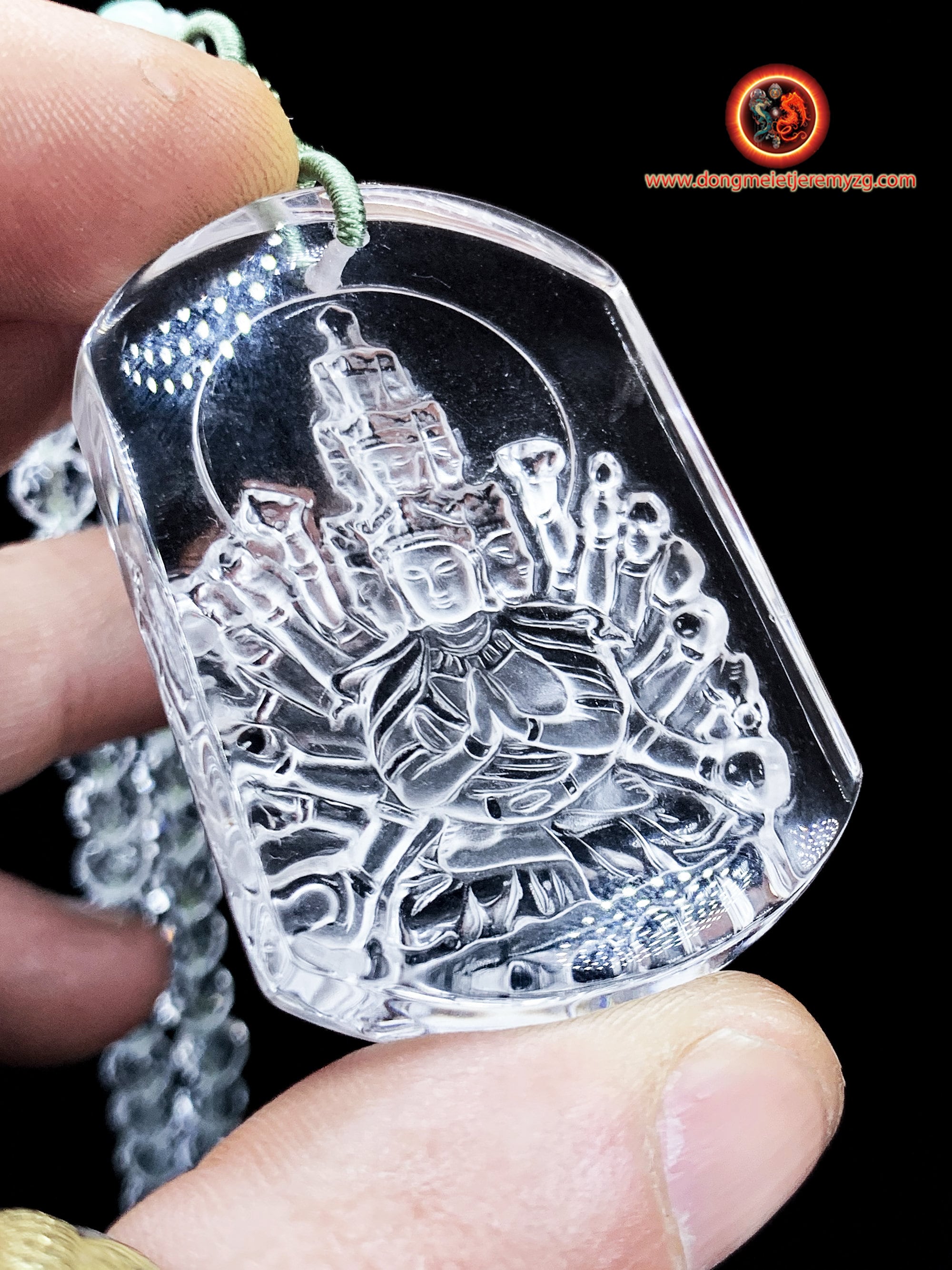 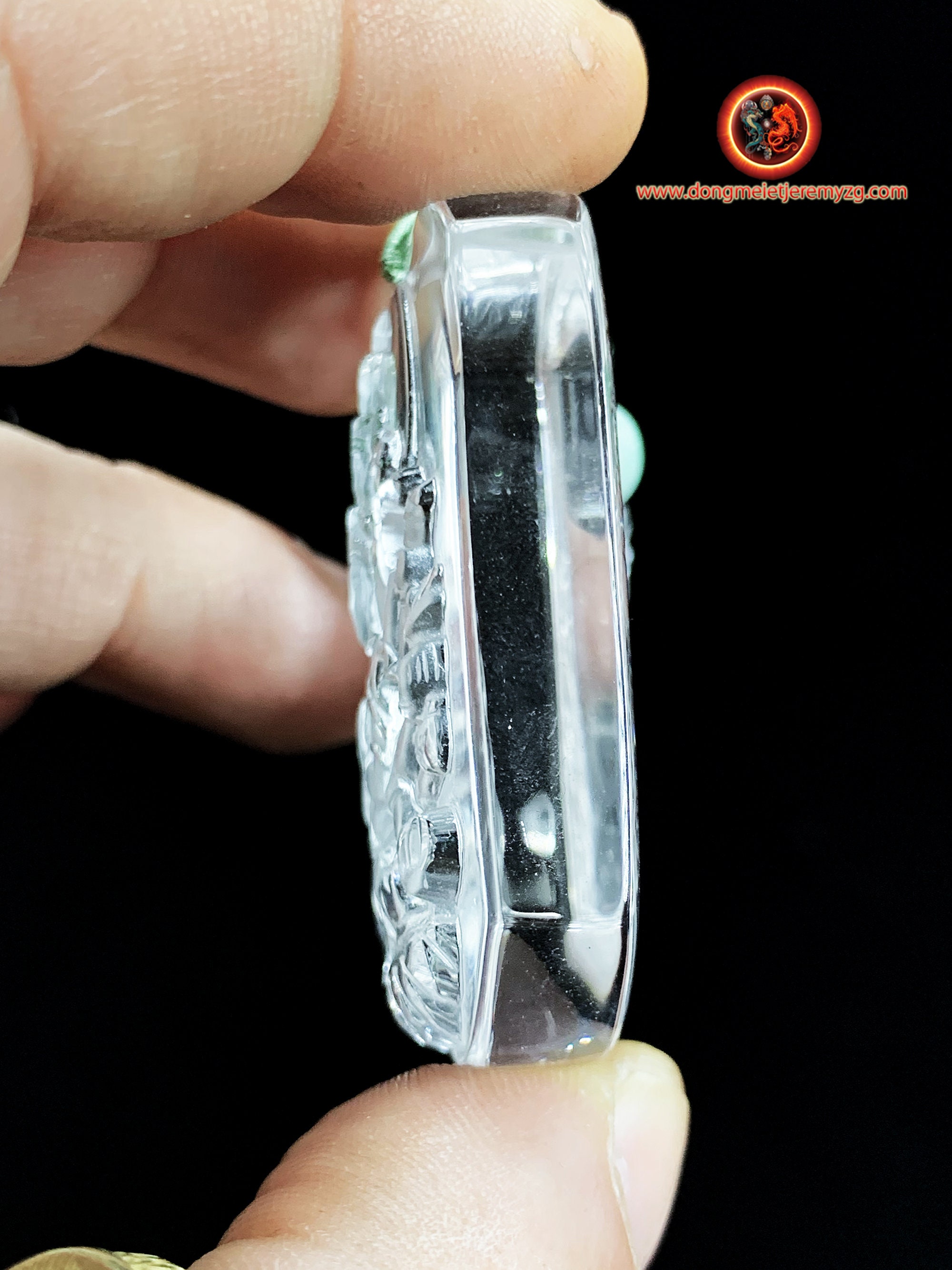 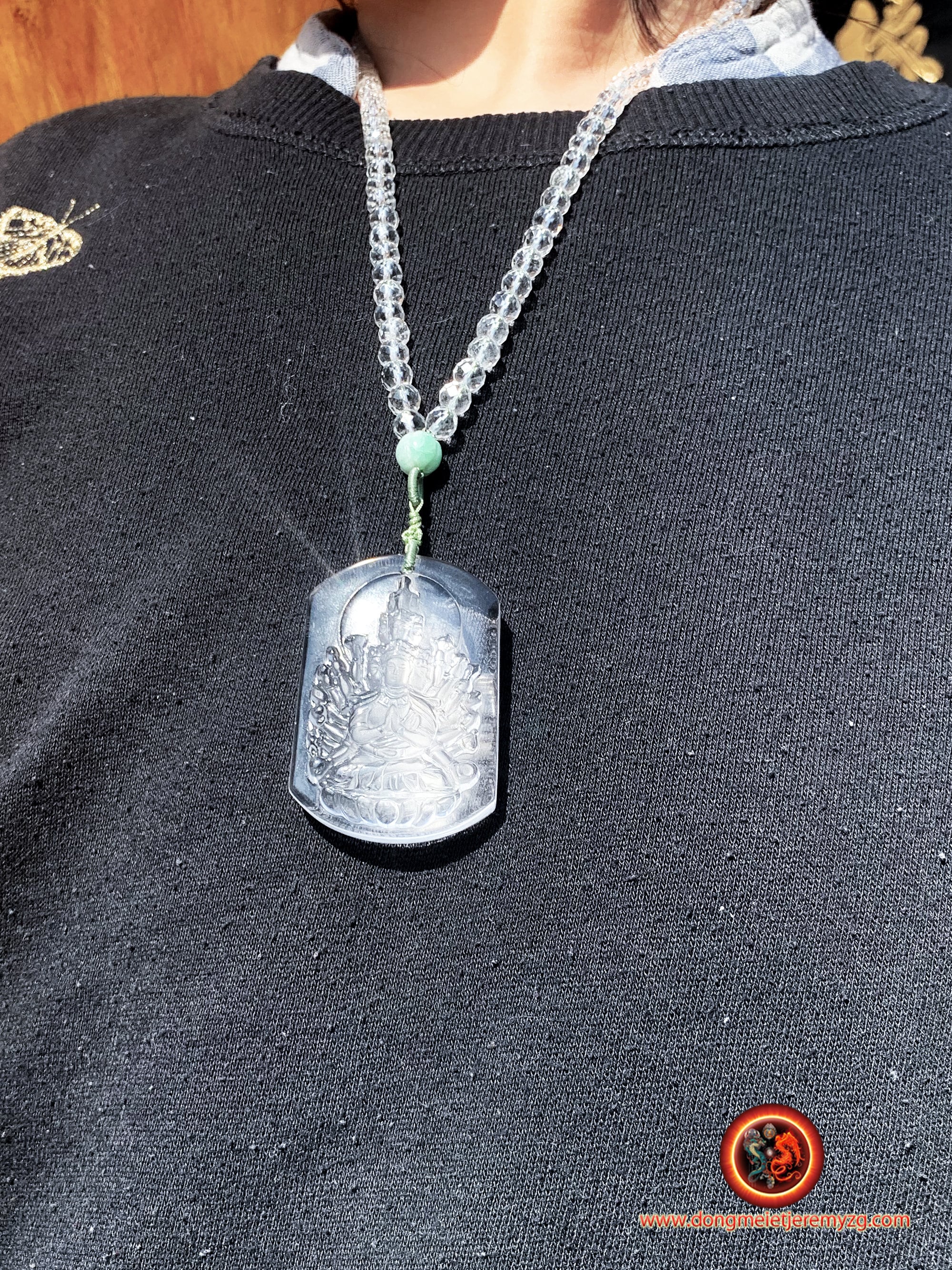 Rare rock crystal of gem quality, very clear, from Mozambique
Natural rock crystal, guaranteed without treatments.
As a gemologist graduated from the National Institute of Gemmology of Paris, all our stones are appraised and certified.

Necklace length: 32 cm consisting of 93 faceted rock crystal beads of 6mm diameter each.
Raised just above the pendant of a Burmese jadeite.

Possibility to establish a certificate of authenticity on request, contact us.

Video available via this link
https://youtu.be/p53WZCXIQ3A