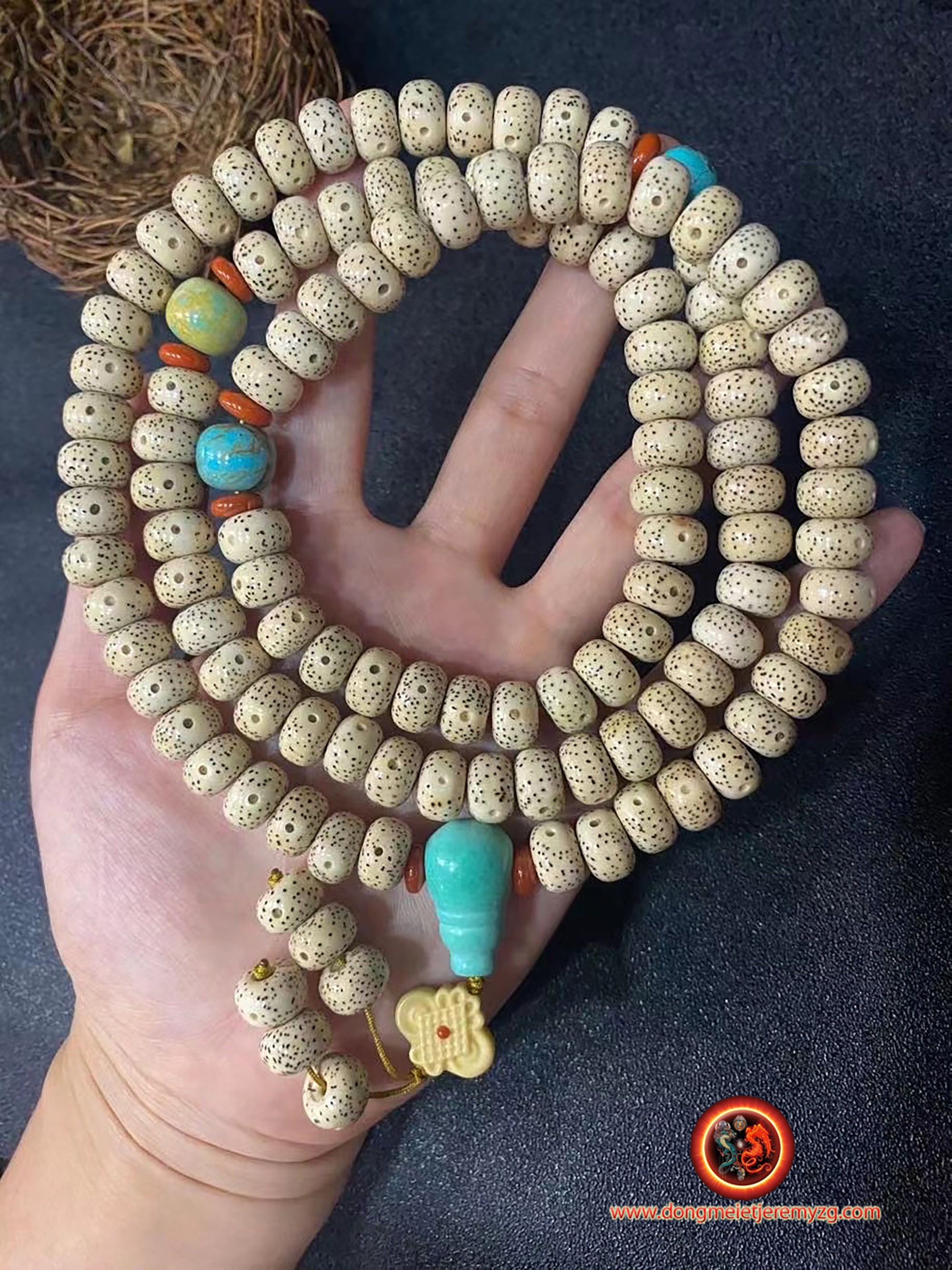 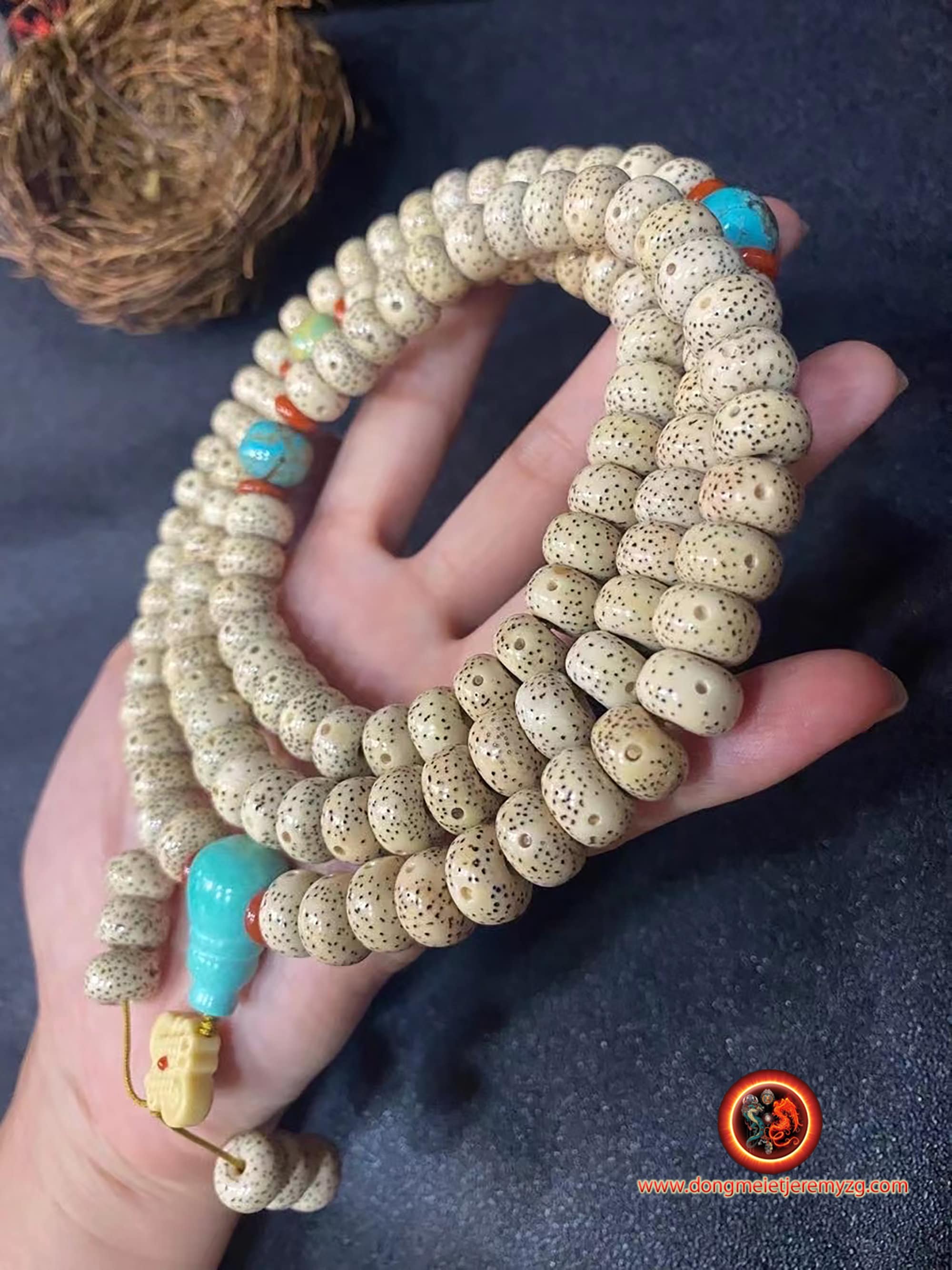 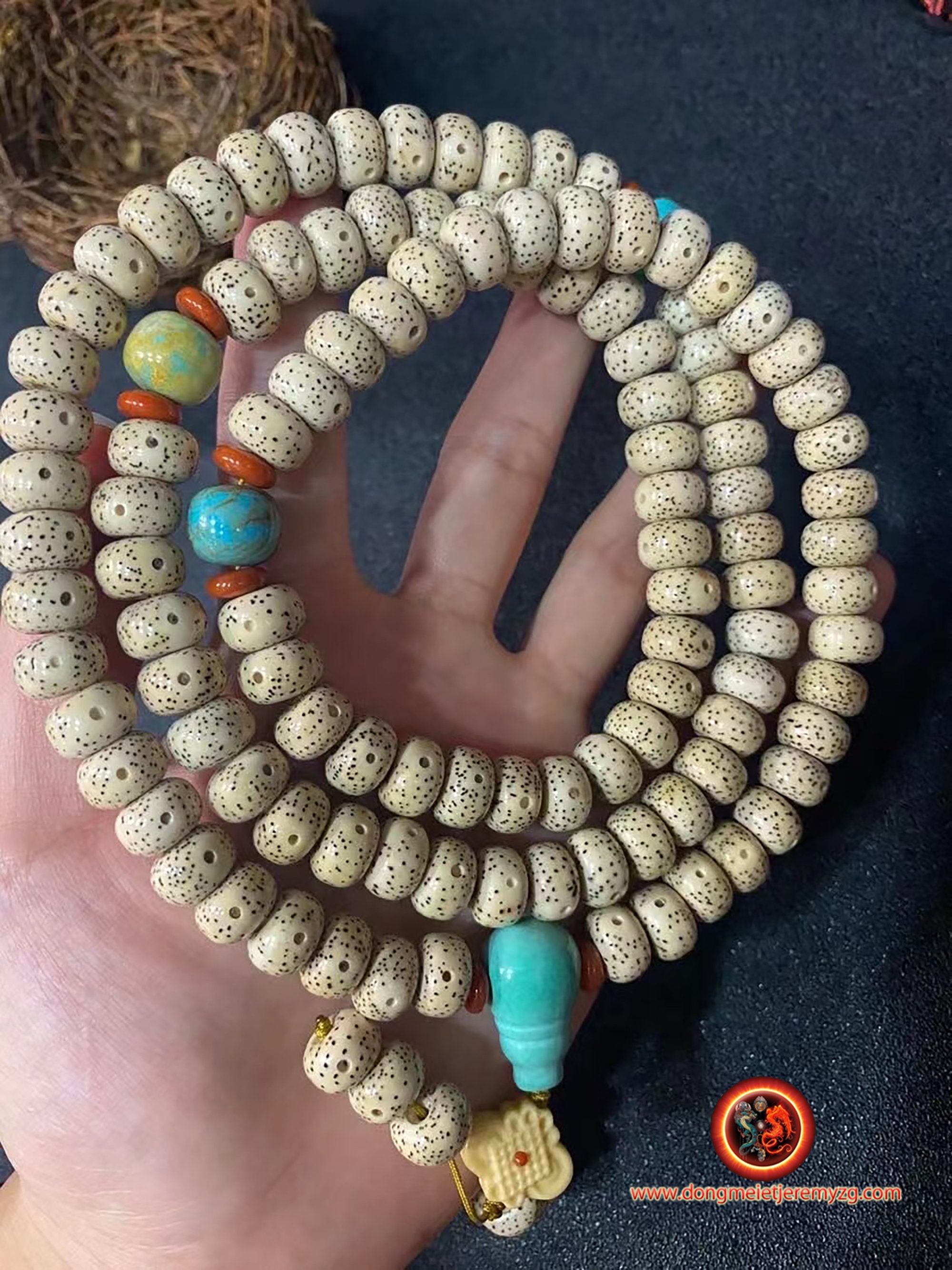 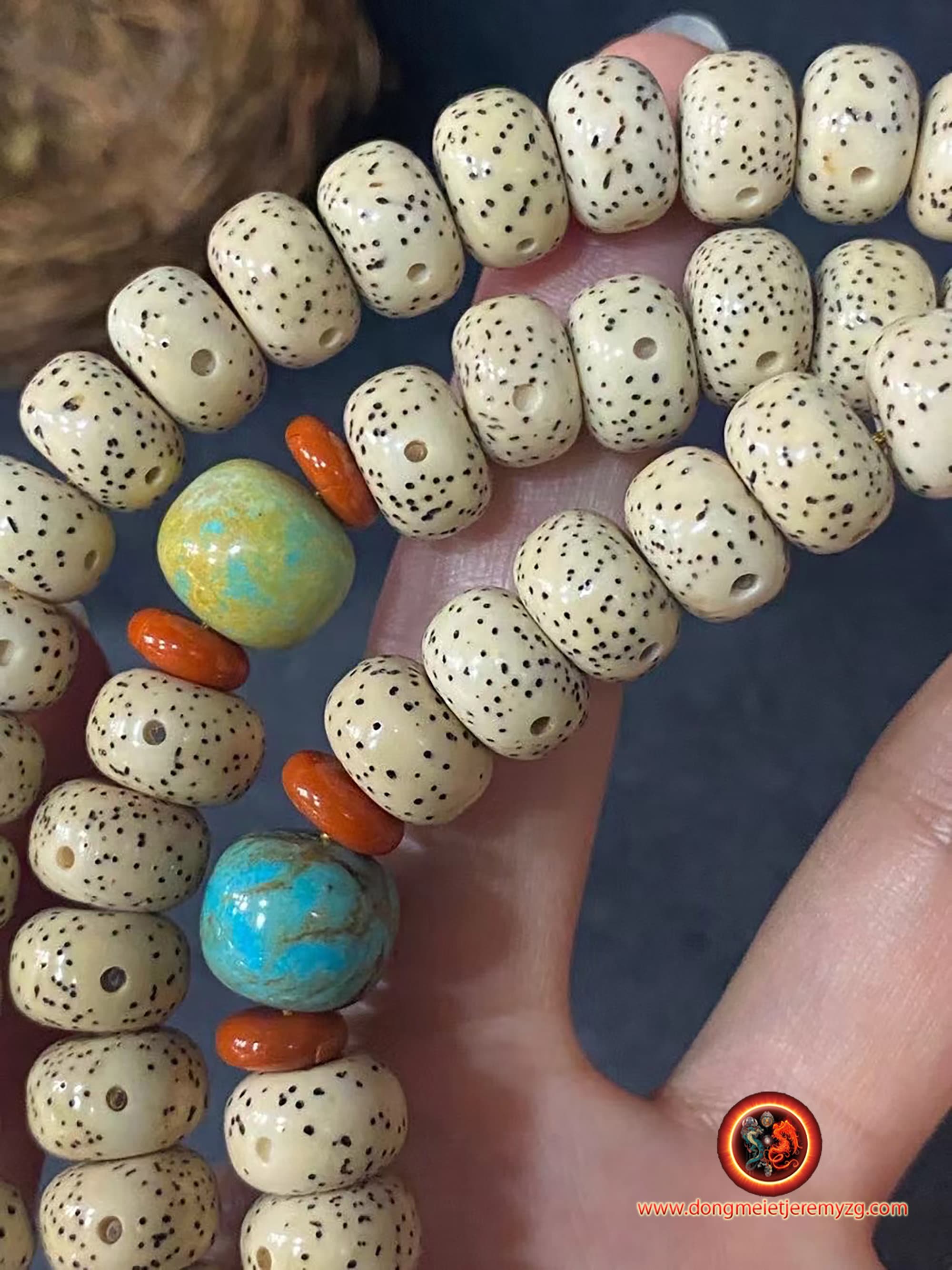 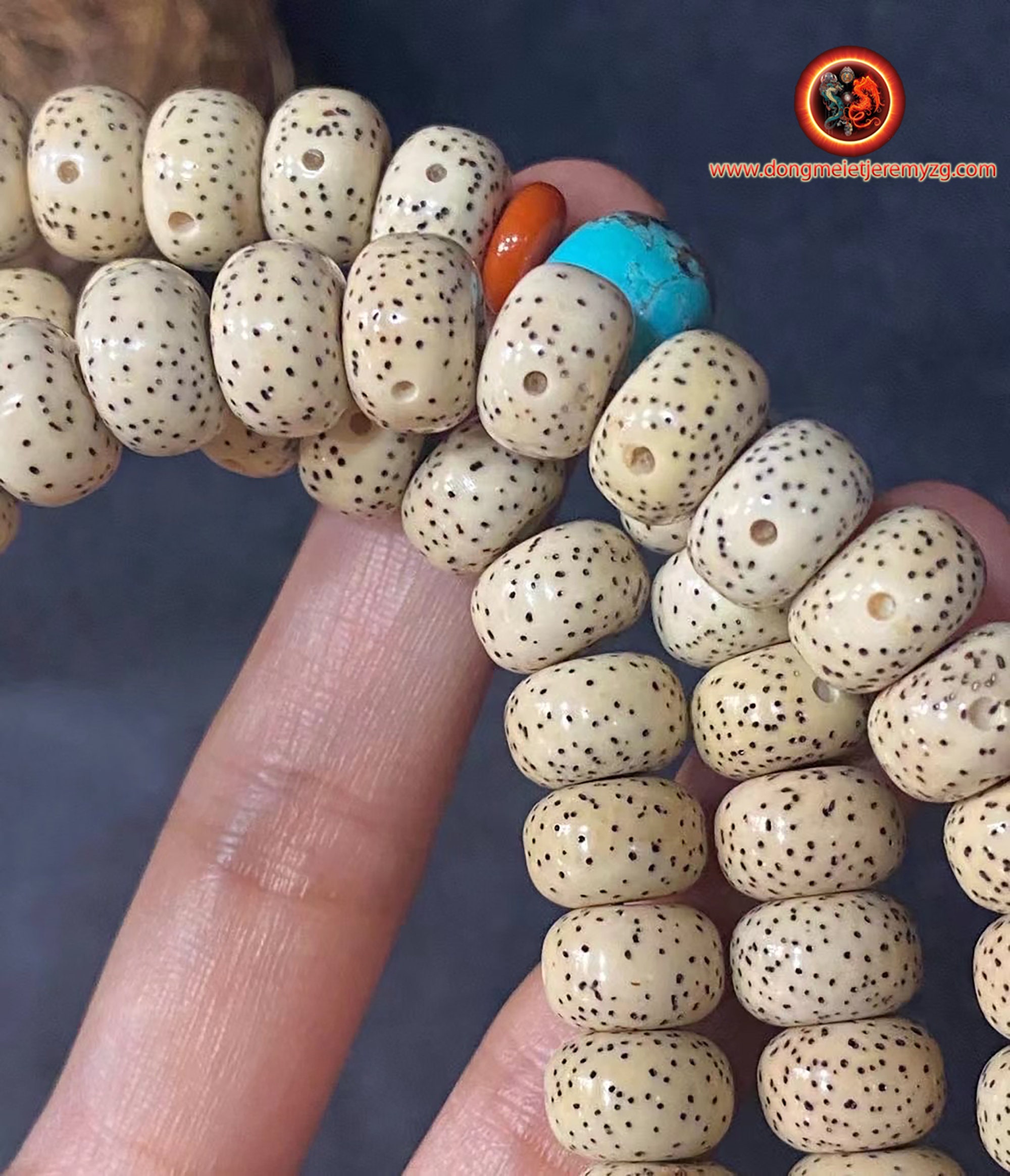 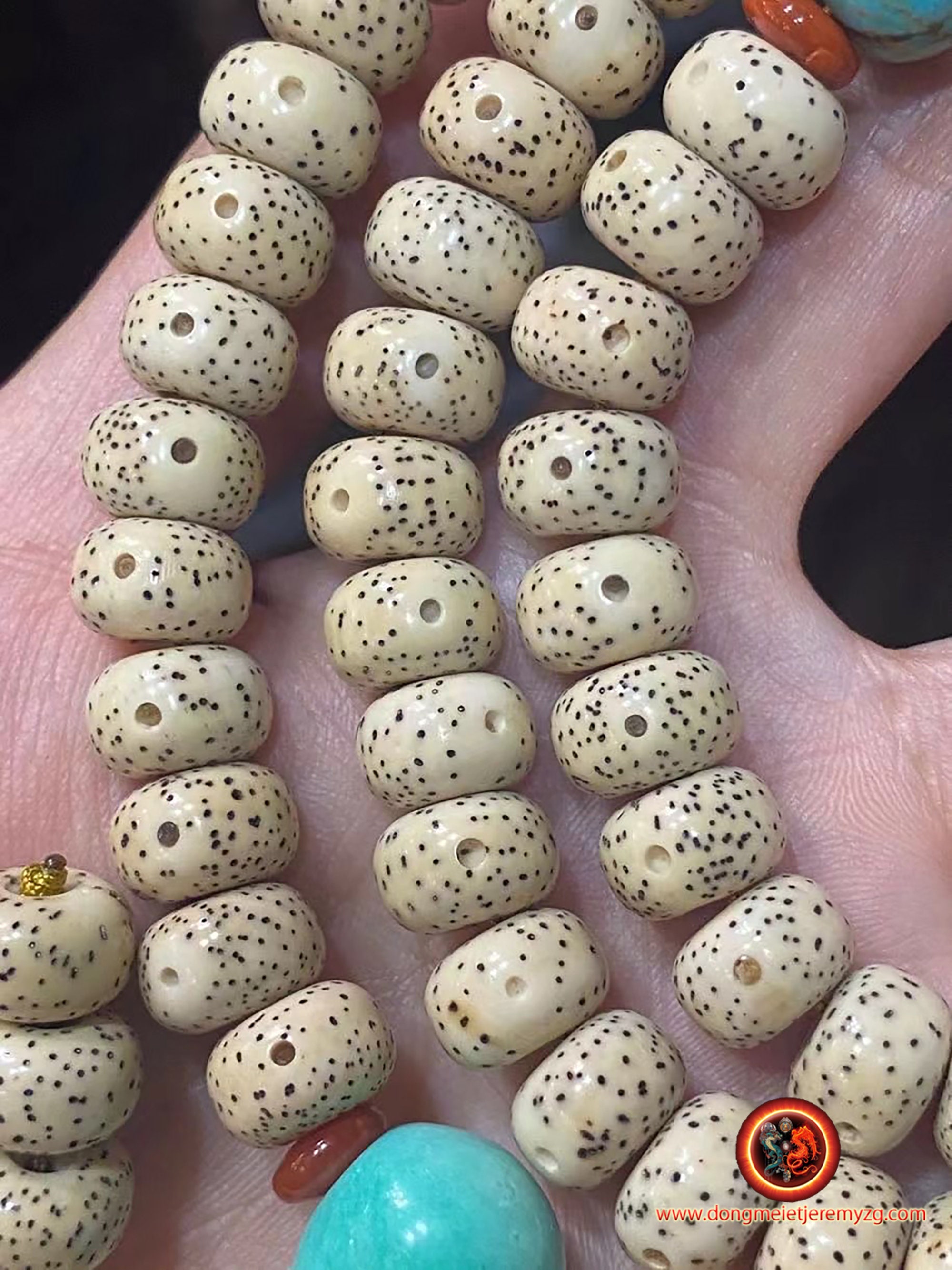 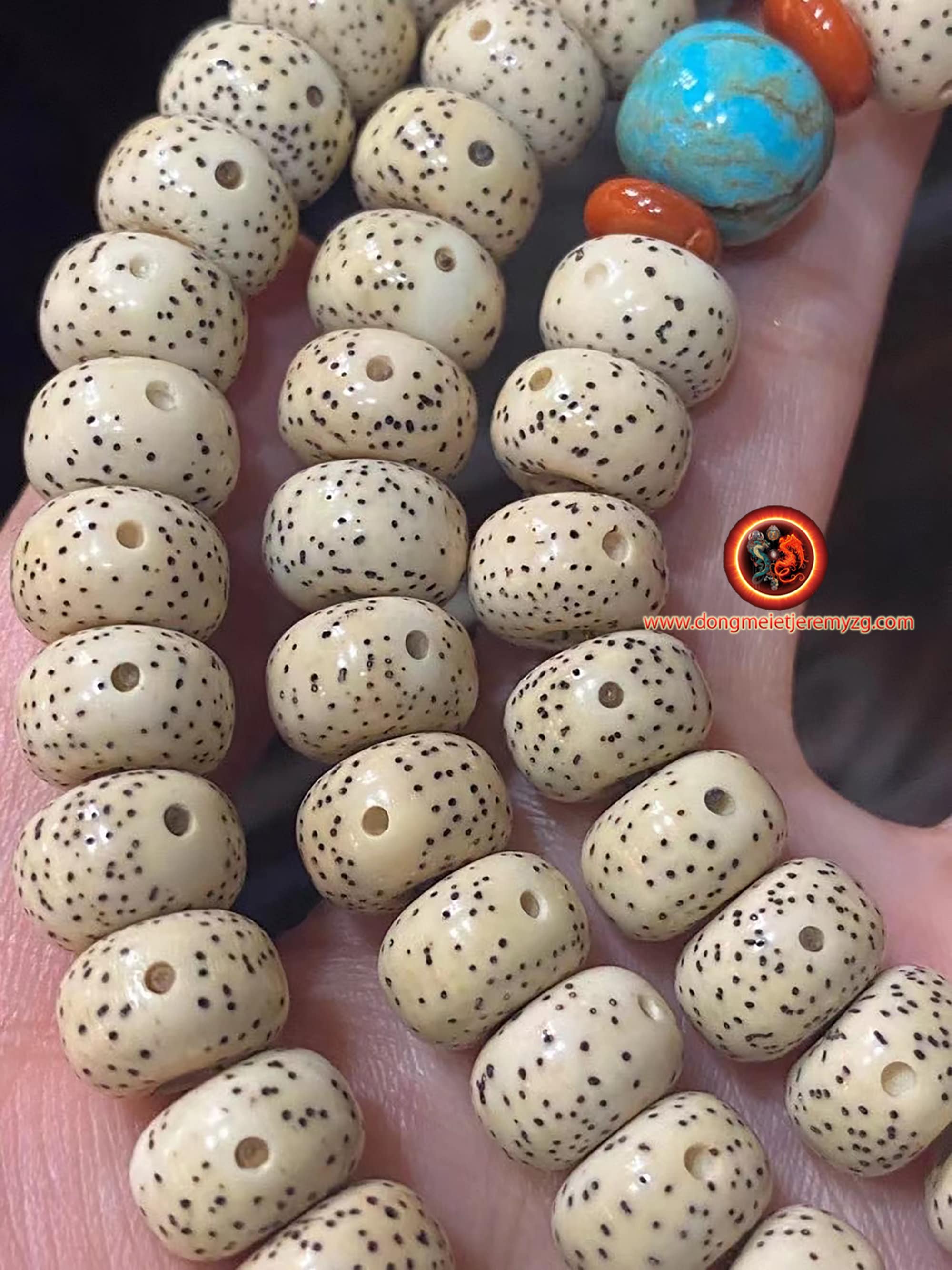 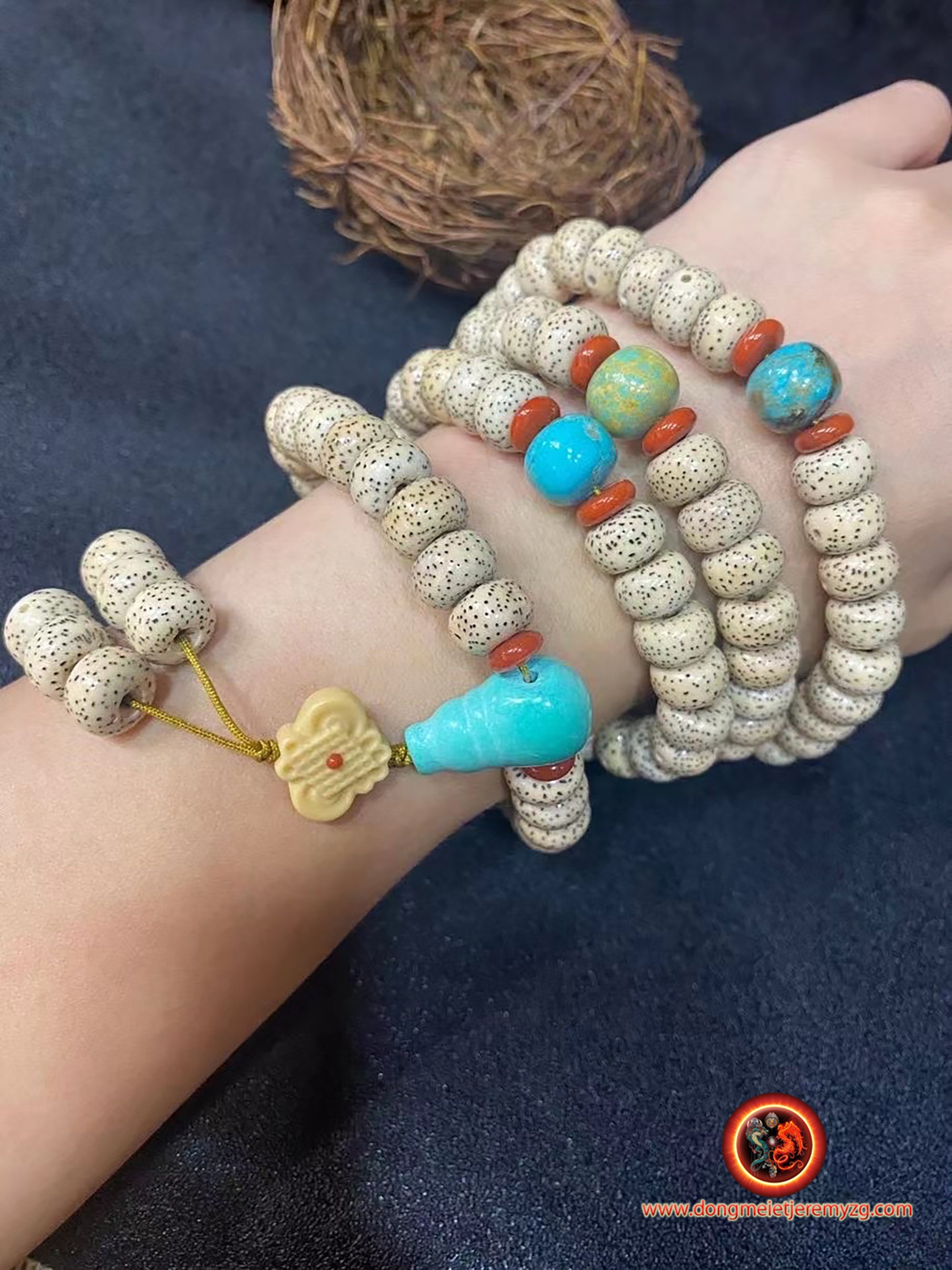 Buddha having attained enlightenment under a sacred fig tree, pipal seeds are the most traditional material for making malas. These seeds patinate and take on a beautiful shine over time called "porcelain layer". Our seeds come from hainan island known for growing and drying the finest quality in the world. Be careful many sites and specialized stores name these seeds as Lotus seeds by mistake.
Pipal seed dimensions: 11mm by 7mm
The quality of these seeds is excellent

Natural and authentic turquoises from Hubei province, falsely called Tibetan turquoise
The vast majority of traders call this turquoise, Tibetan turquoise. This is not the case, there have never been any turquoise deposits in Tibet. Hubei Region, China. At the time the wealthiest of the aristocratic class allowed themselves to afford Persian turquoises. But the vast majority of the turquoises of the Tibetan plateau come from Hubei. Blue with shades of green more or less pronounced over time. A multitude of counterfeits, treatments exist, turquoise in general is a difficult stone.

Agate called nan hong from the Yunnan region, This agate holds its exceptionally red color to its cinnabar content (HGs).