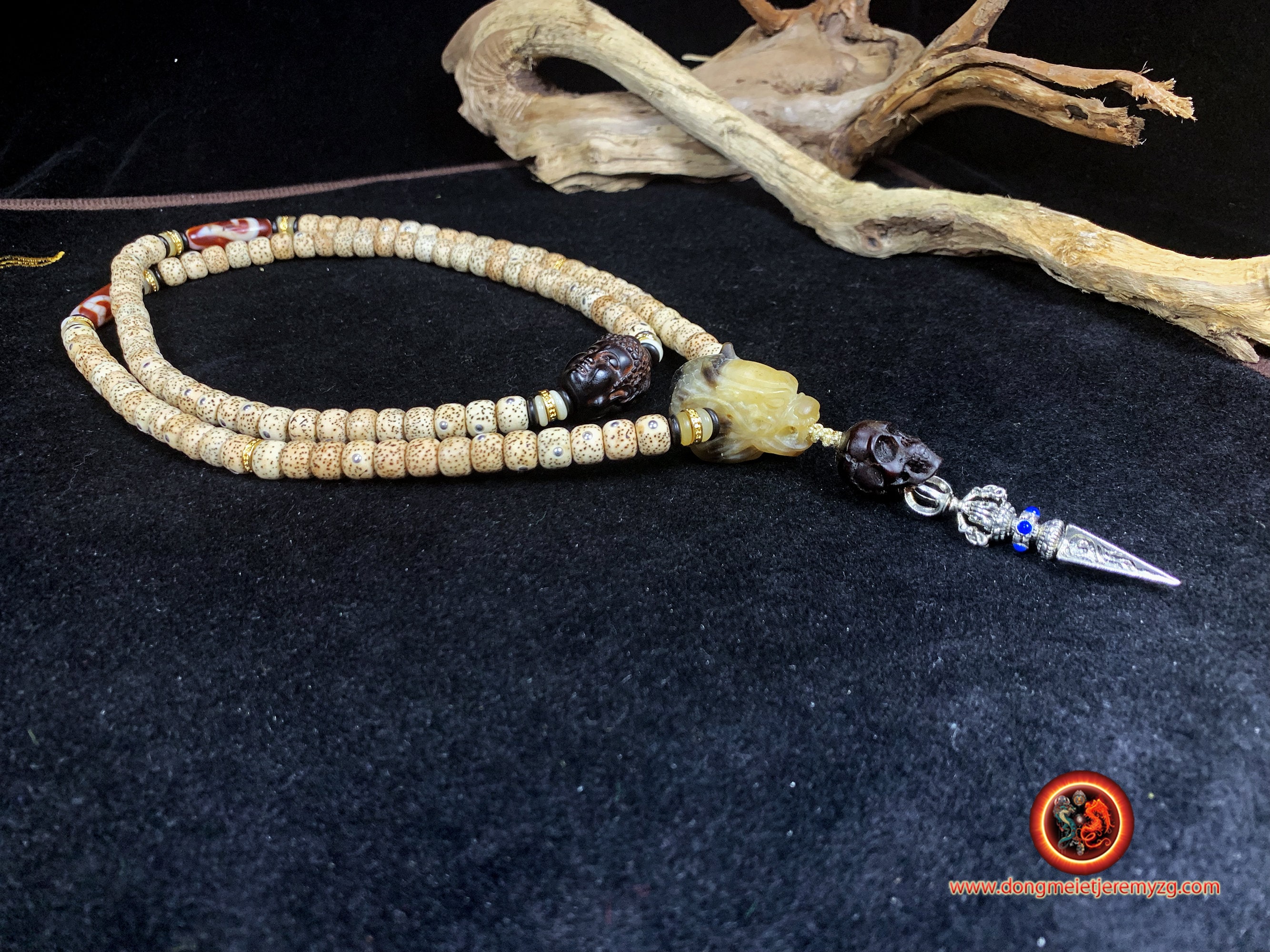 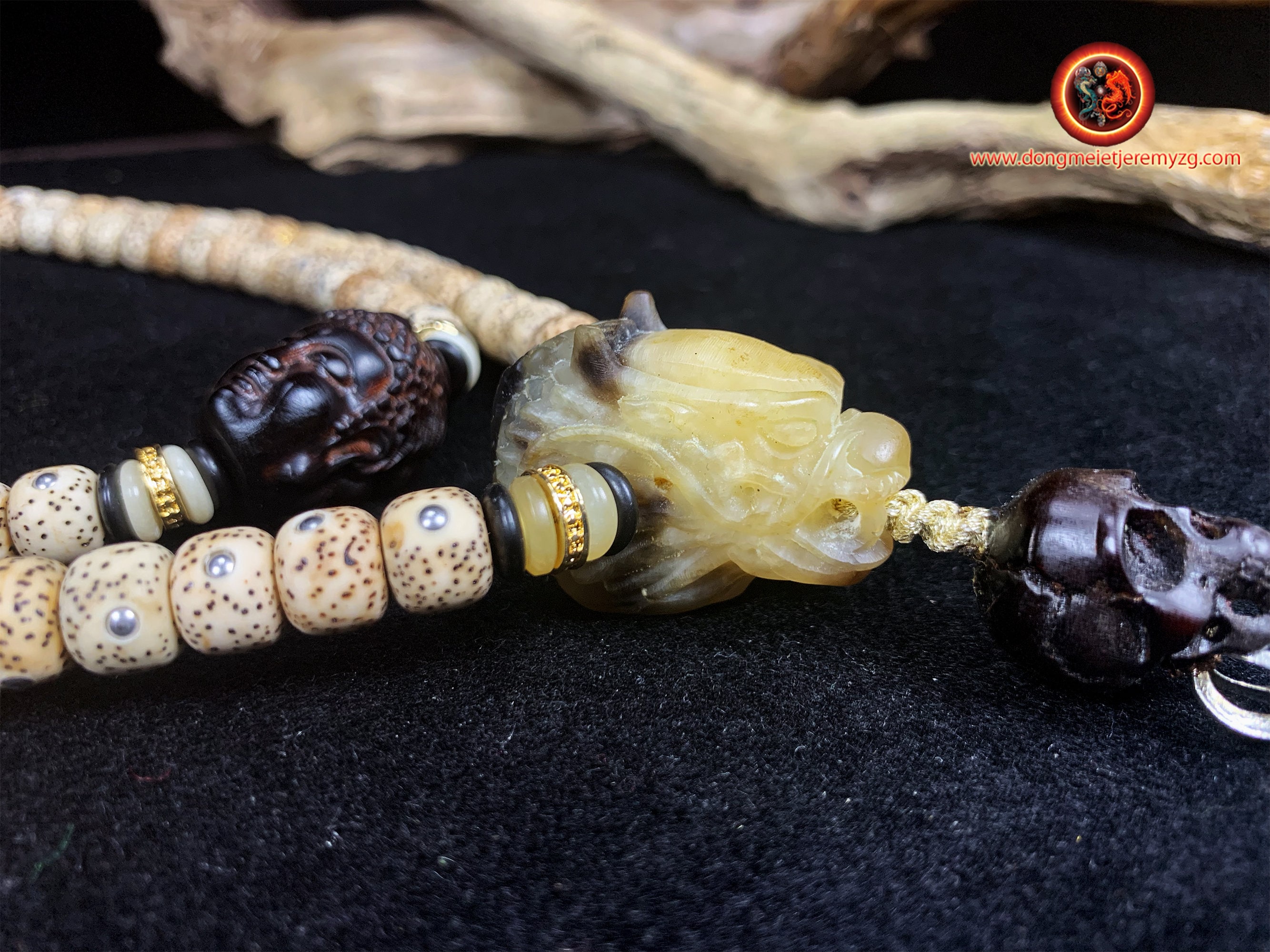 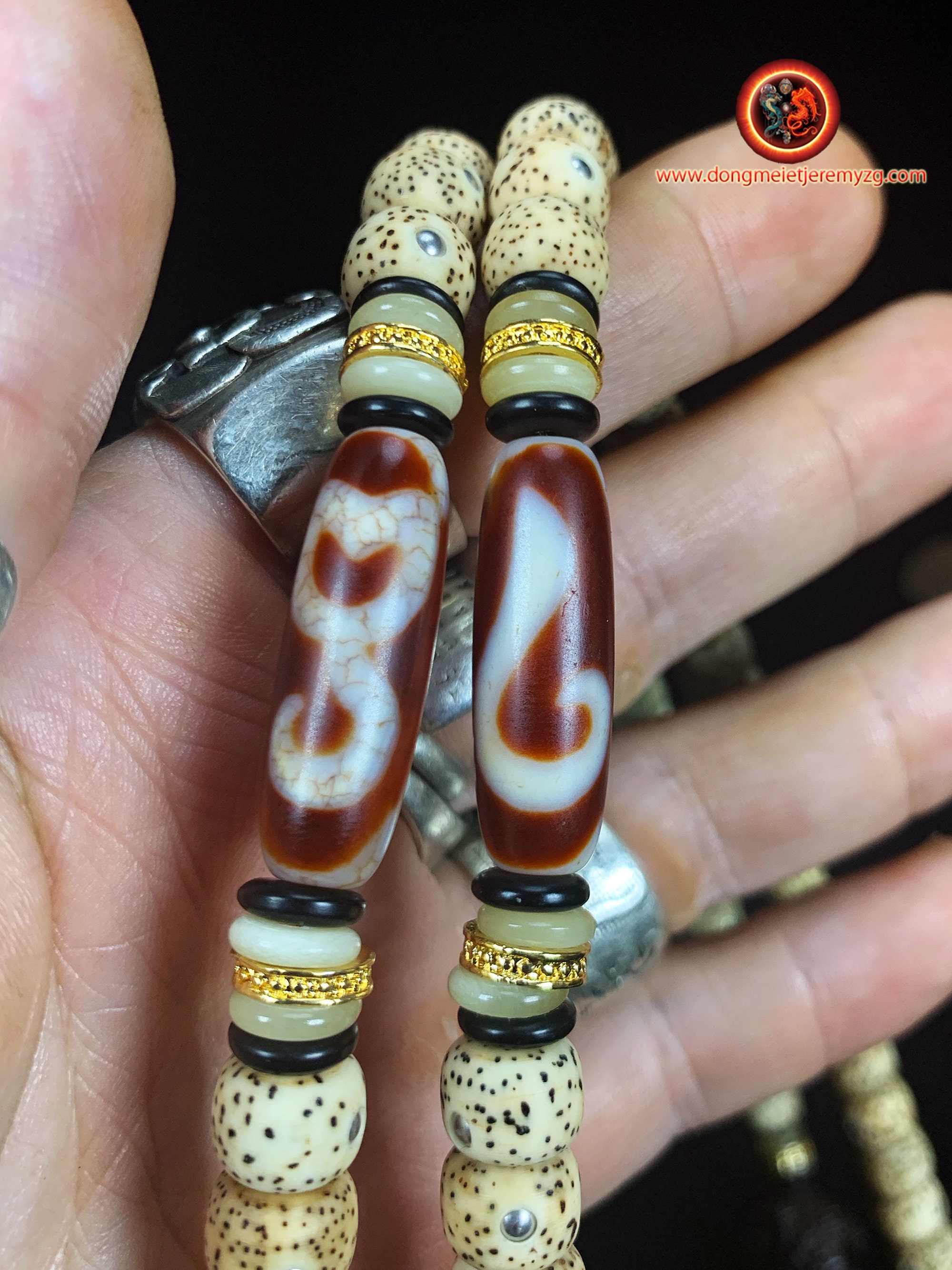 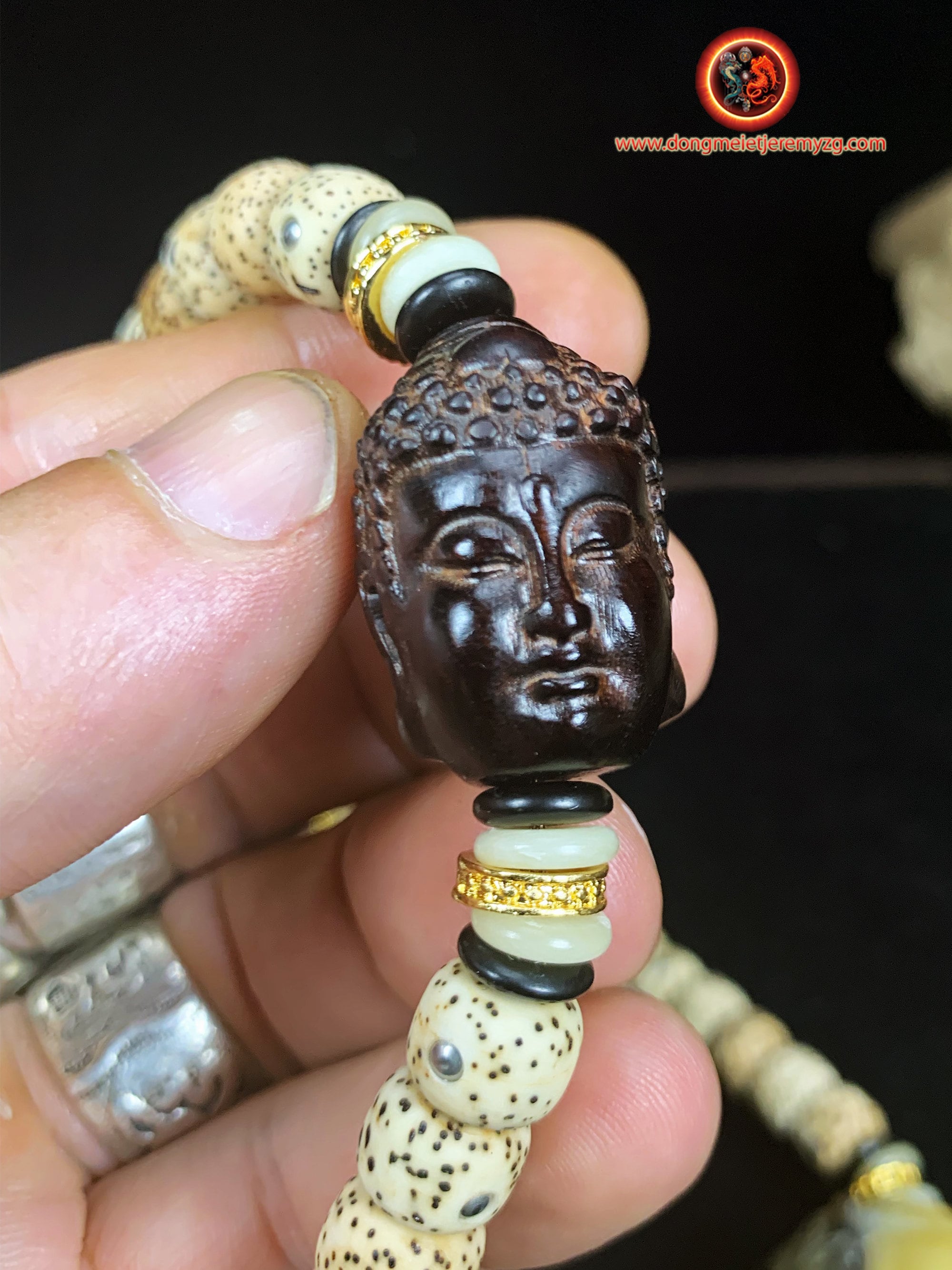 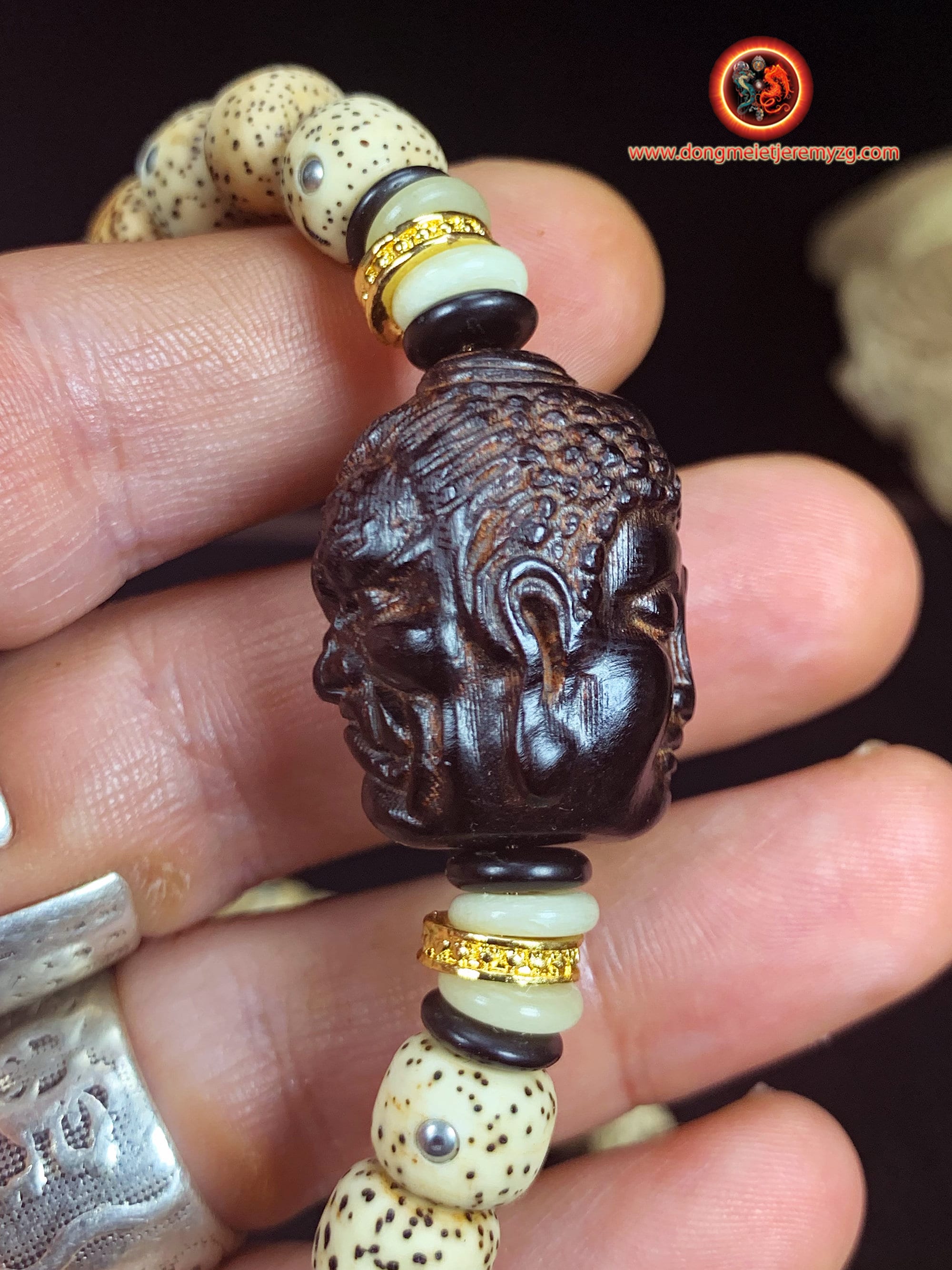 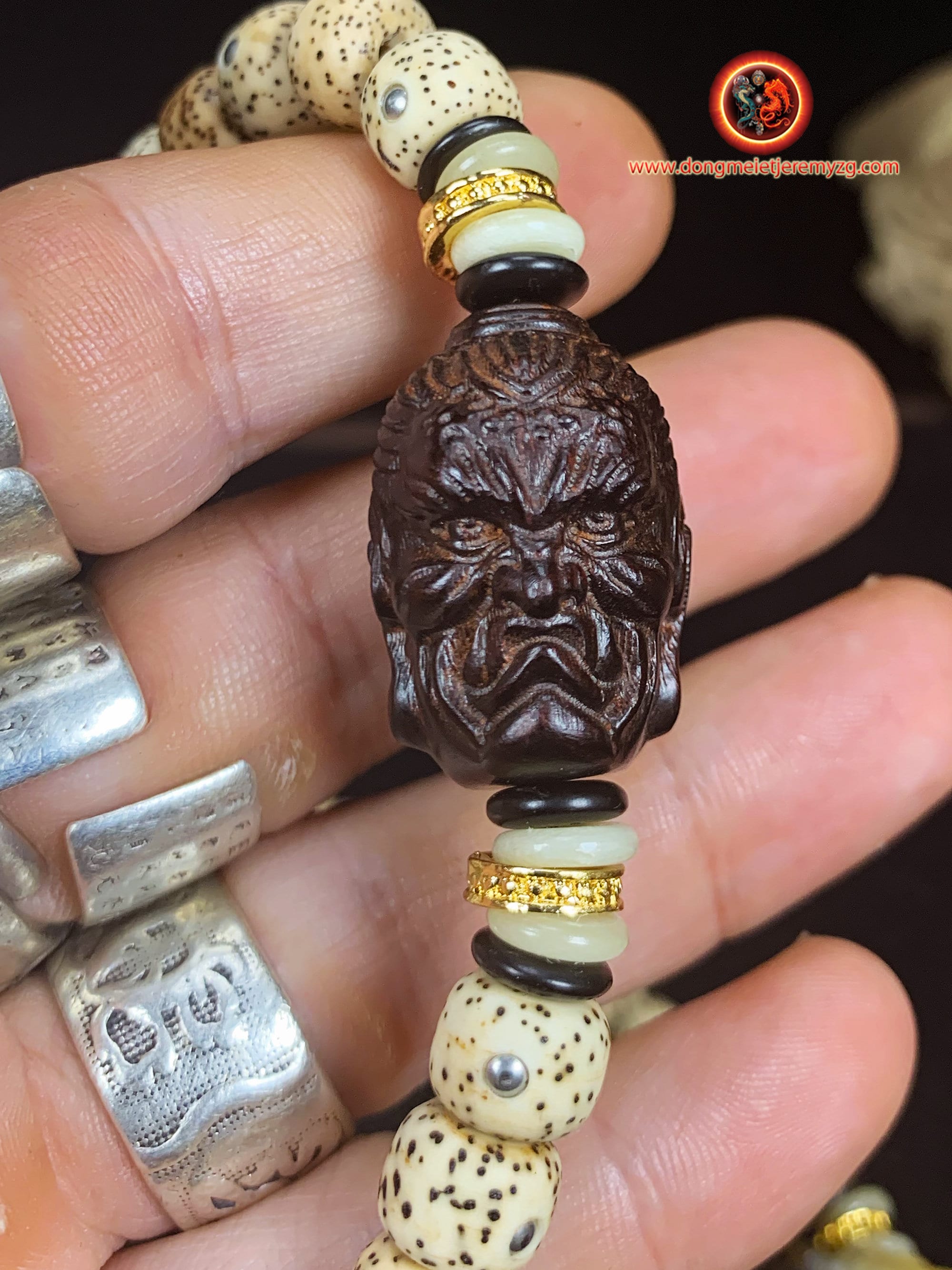 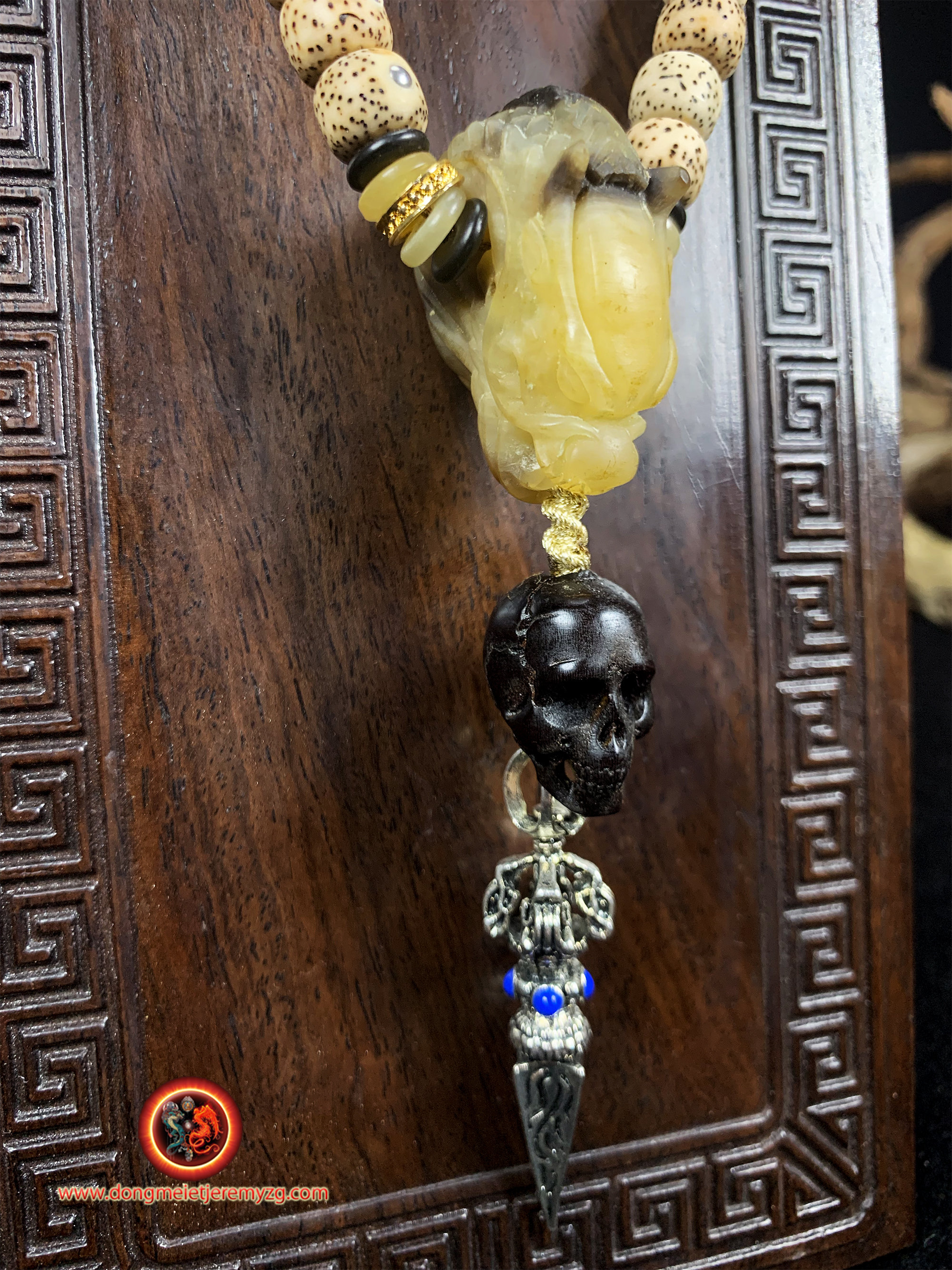 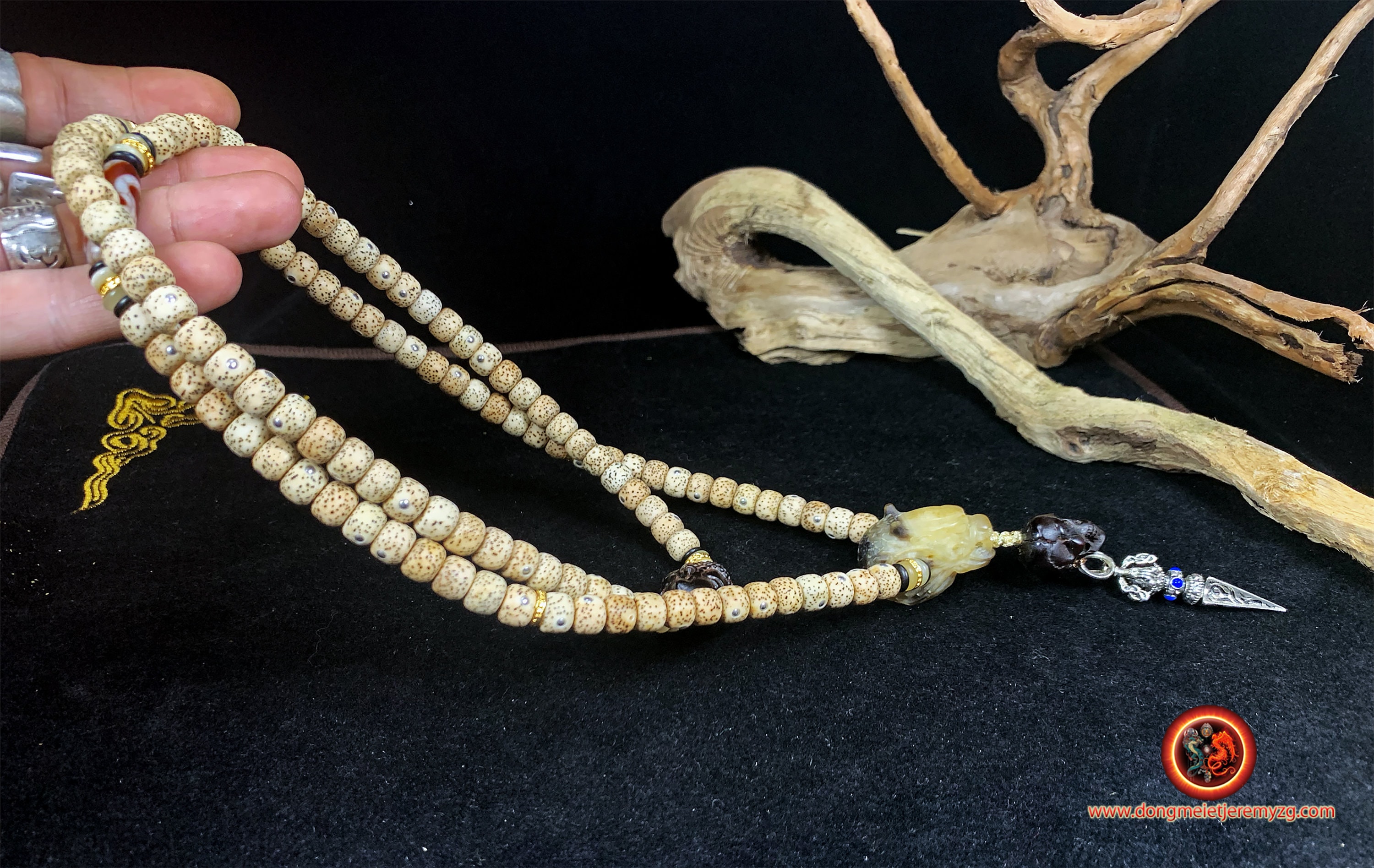 Model made to order, manufacturing time after purchase, about 5 to 7 days

Mala consisting of 108 bodhi seed beads, also called pipal seeds. These are the seeds from the sacred fig tree (ficus religiosa)
Buddha having attained enlightenment under a sacred fig tree, pipal seeds are the most traditional material for making malas. These seeds patinate and take on a beautiful shine over time called "porcelain layer". Our seeds come from hainan island known for growing and drying the finest quality in the world. Be careful many specialized site and stores name these seeds as Lotus seeds by mistake.

One of the Dzi whose shape resembles a j. Is called DZI de tara. This DZI represents dignity, auspiciousness, inner richness, and the success of the spiritual journey.

The other DZI is called lotus flower DZI, this DZI is representative of tranquility, sincerity and purity. In the Tibetan tradition, this DZI will bring harmony of mind and body and attract compassion and joy. Symbol of spiritual perfection.

The central pearl represents the head of Sakyamuni Buddha and the head of Acala Buddha in red sandalwood, a buddha very revered in Japanese Tantric Buddhism, shingon

In finishing, we incorporated a bone dragon head and a buffalo horn skull
The skull representing knowledge, and the dragon the protector of knowledge.

Finally a phurba comes to close the whole
Dimensions of Phurba 57mm/11.23mm