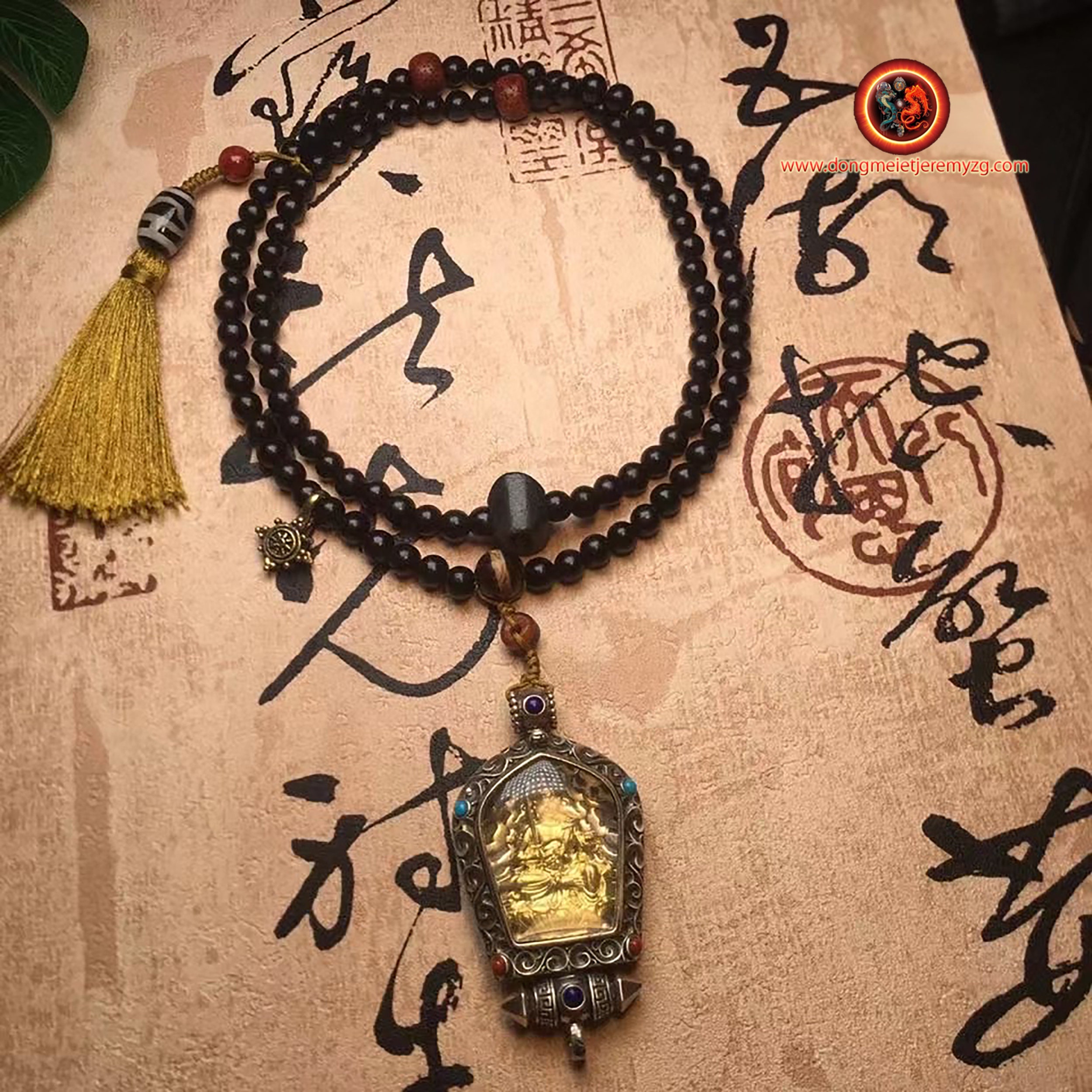 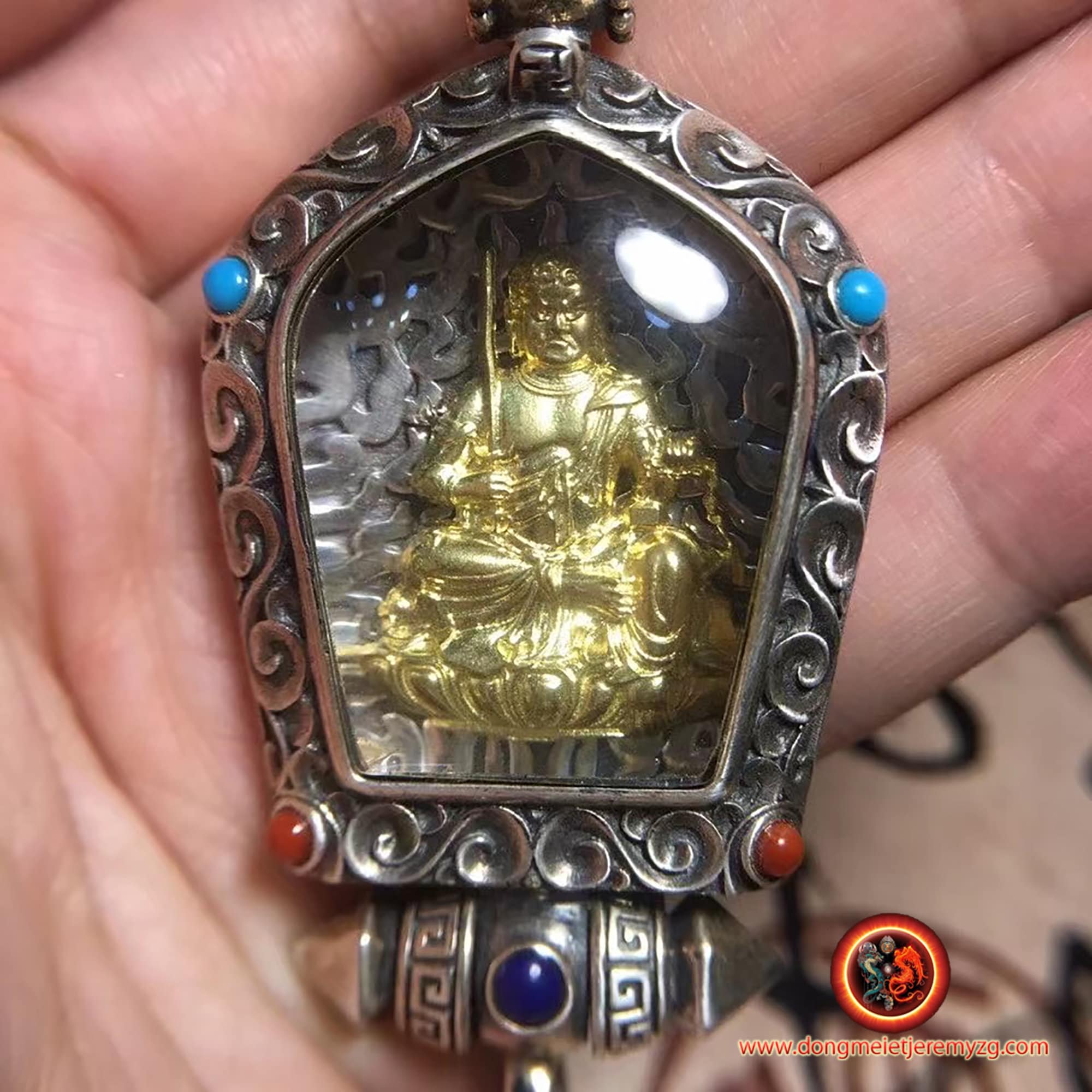 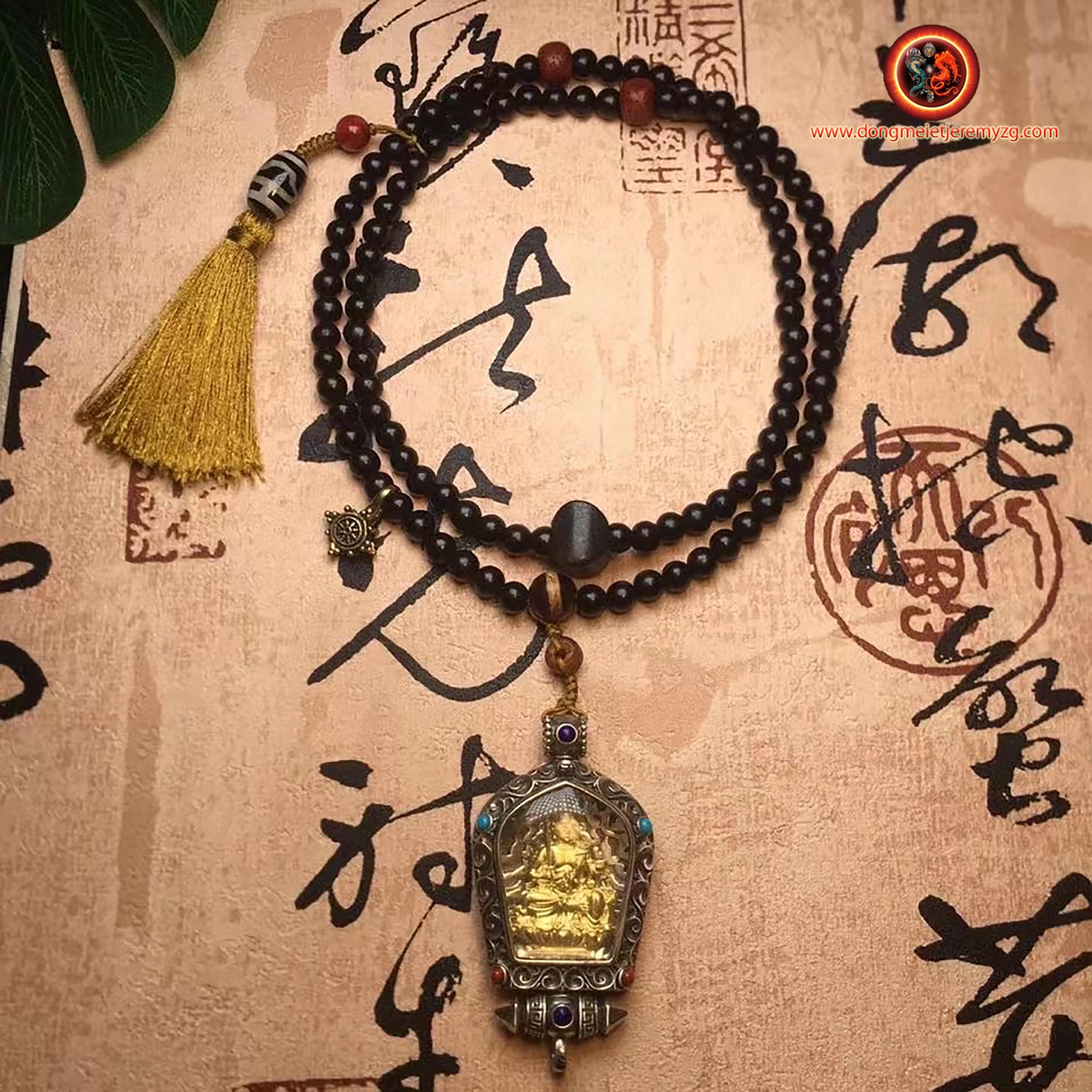 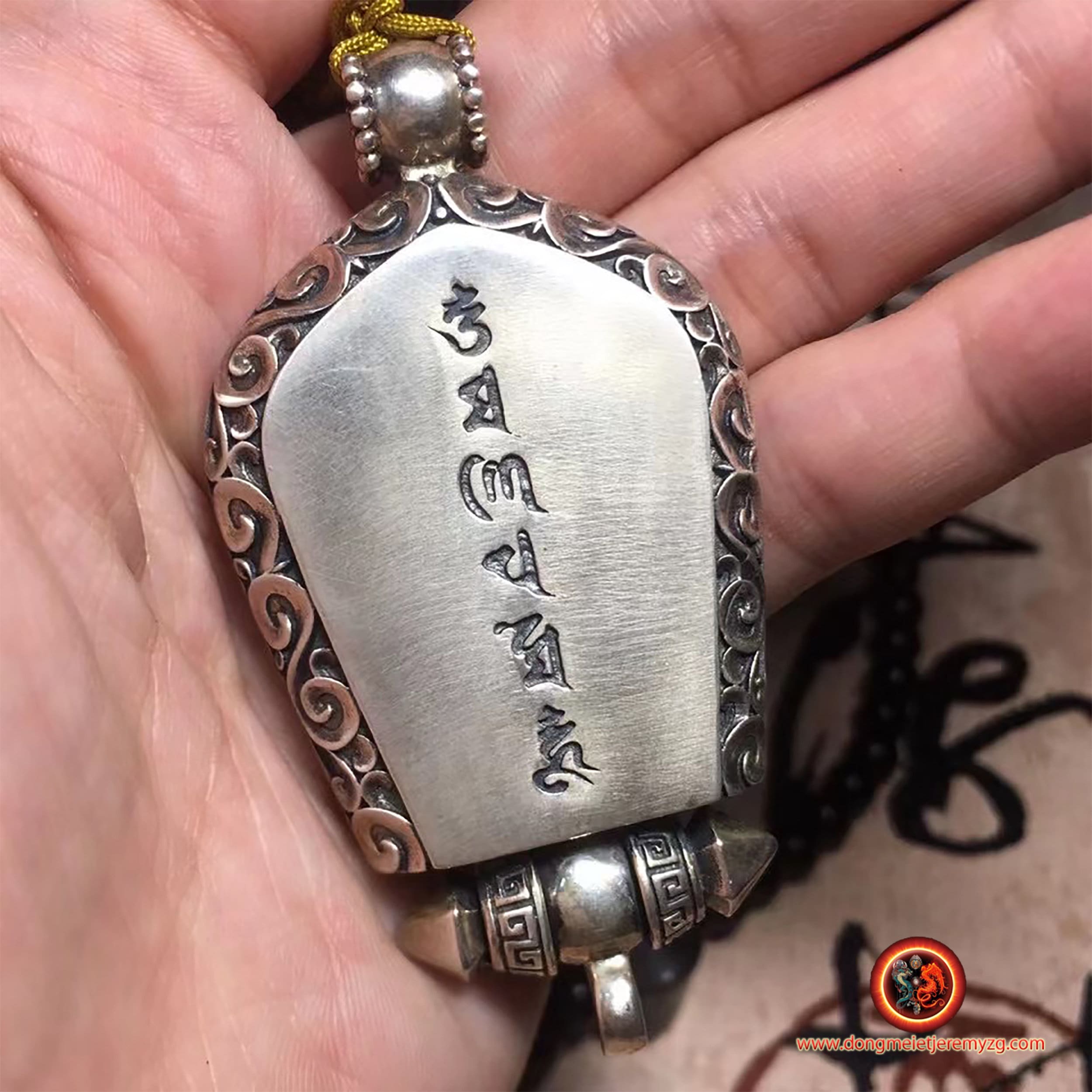 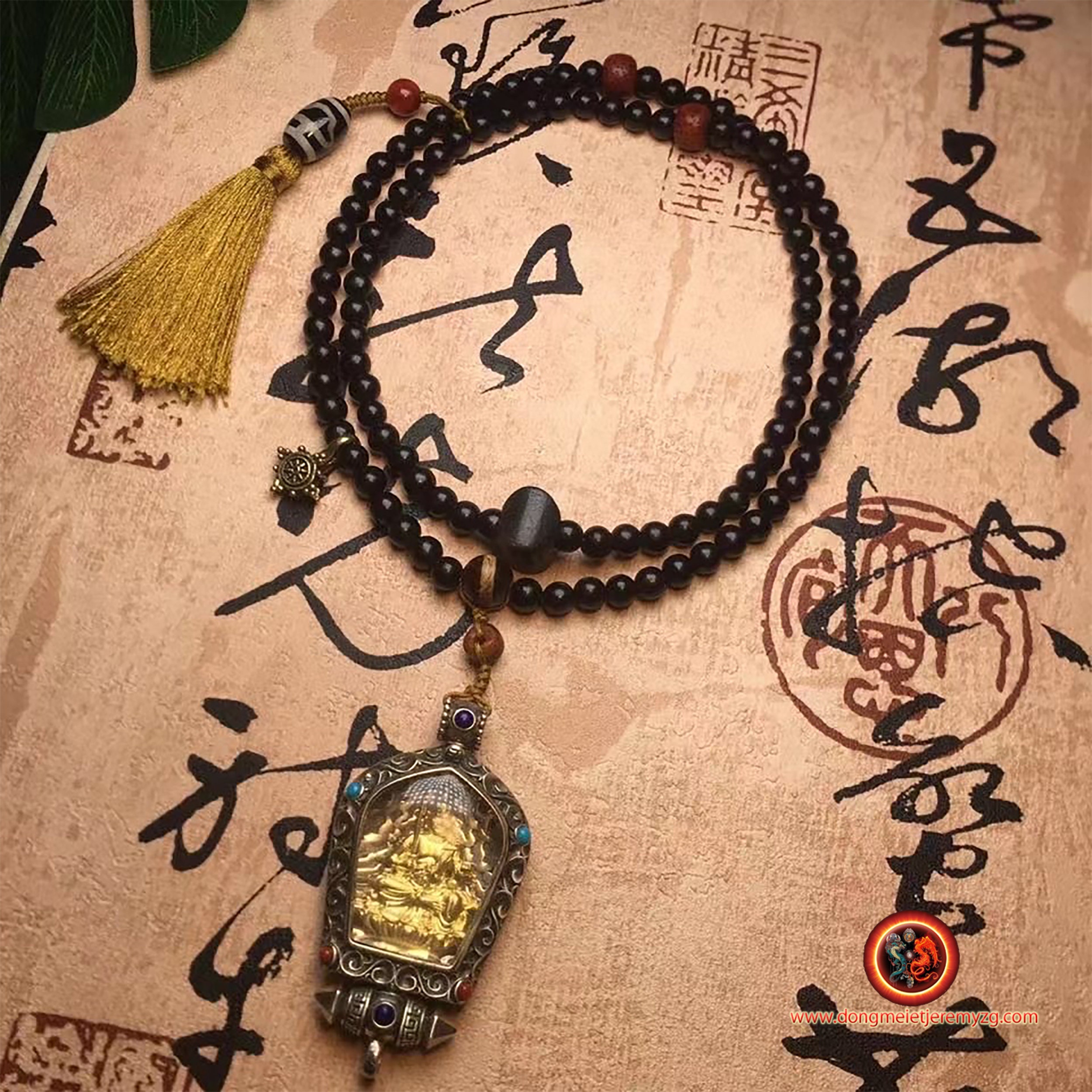 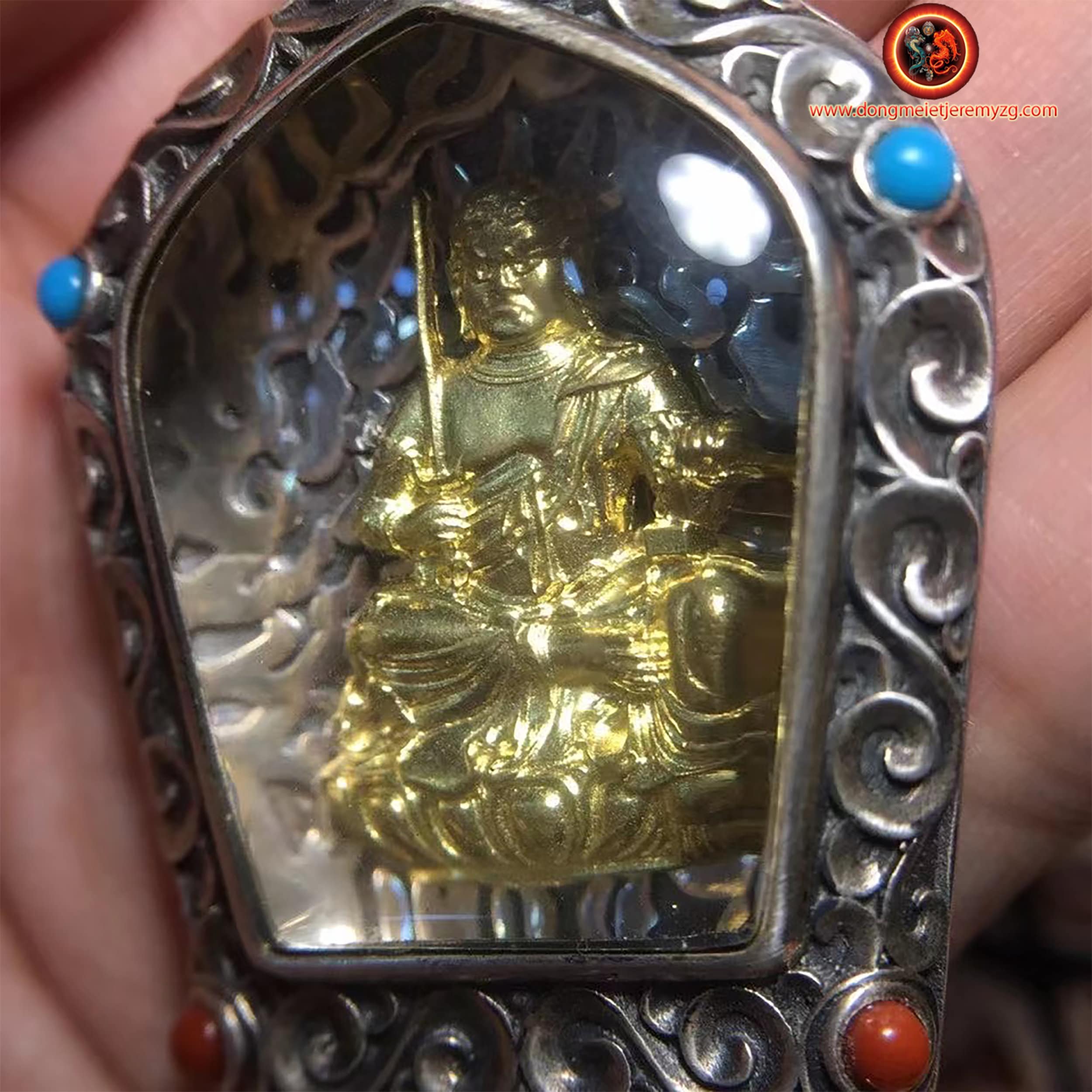 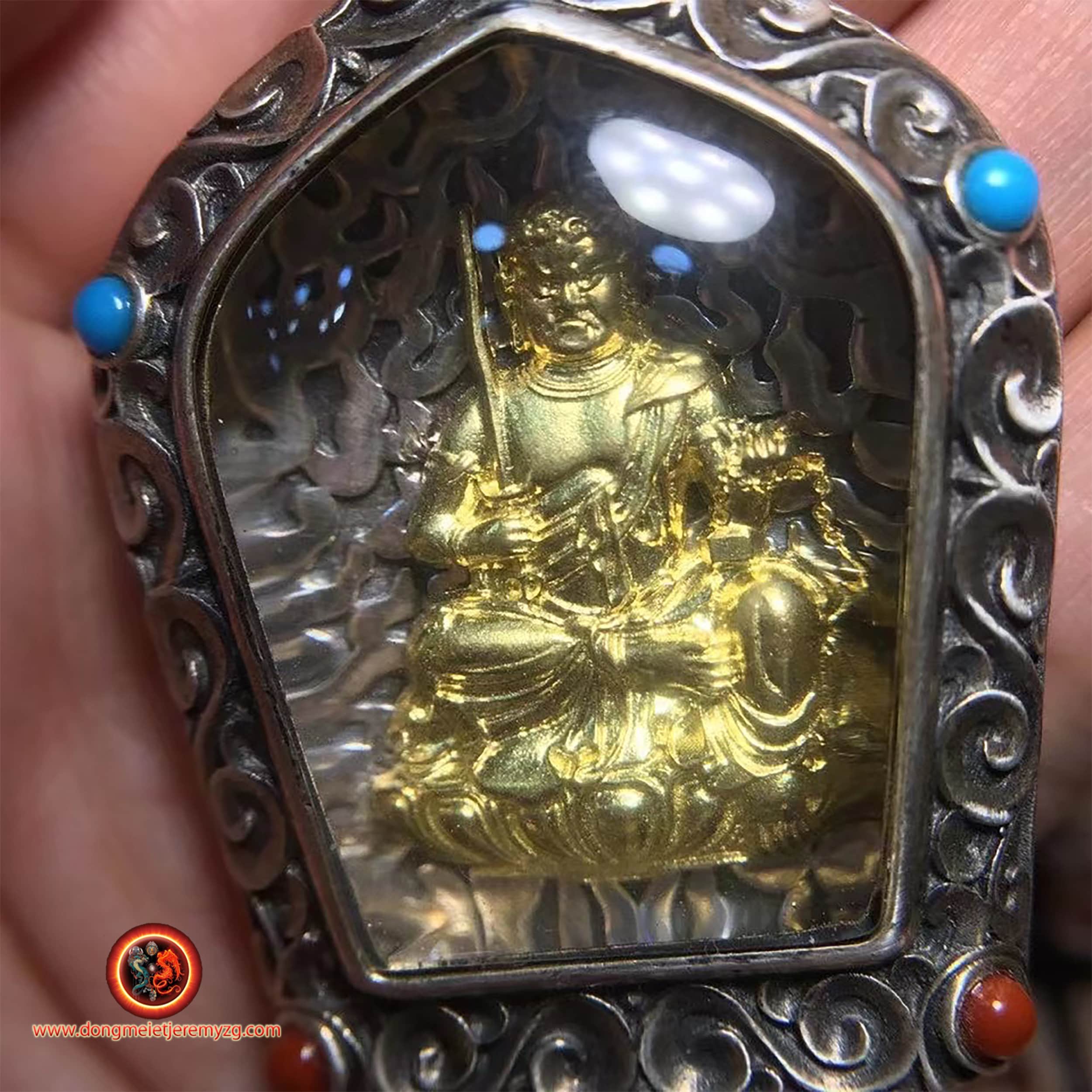 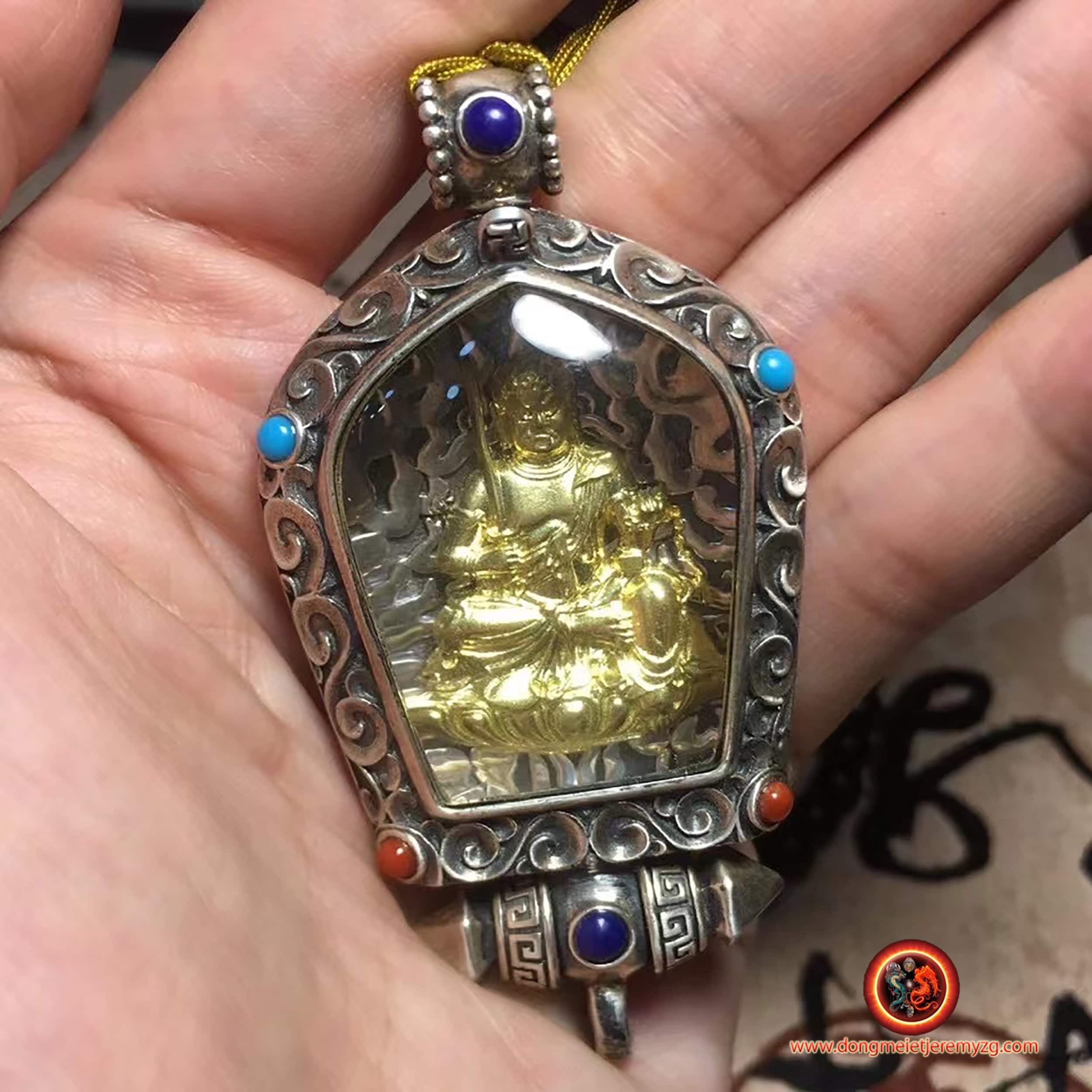 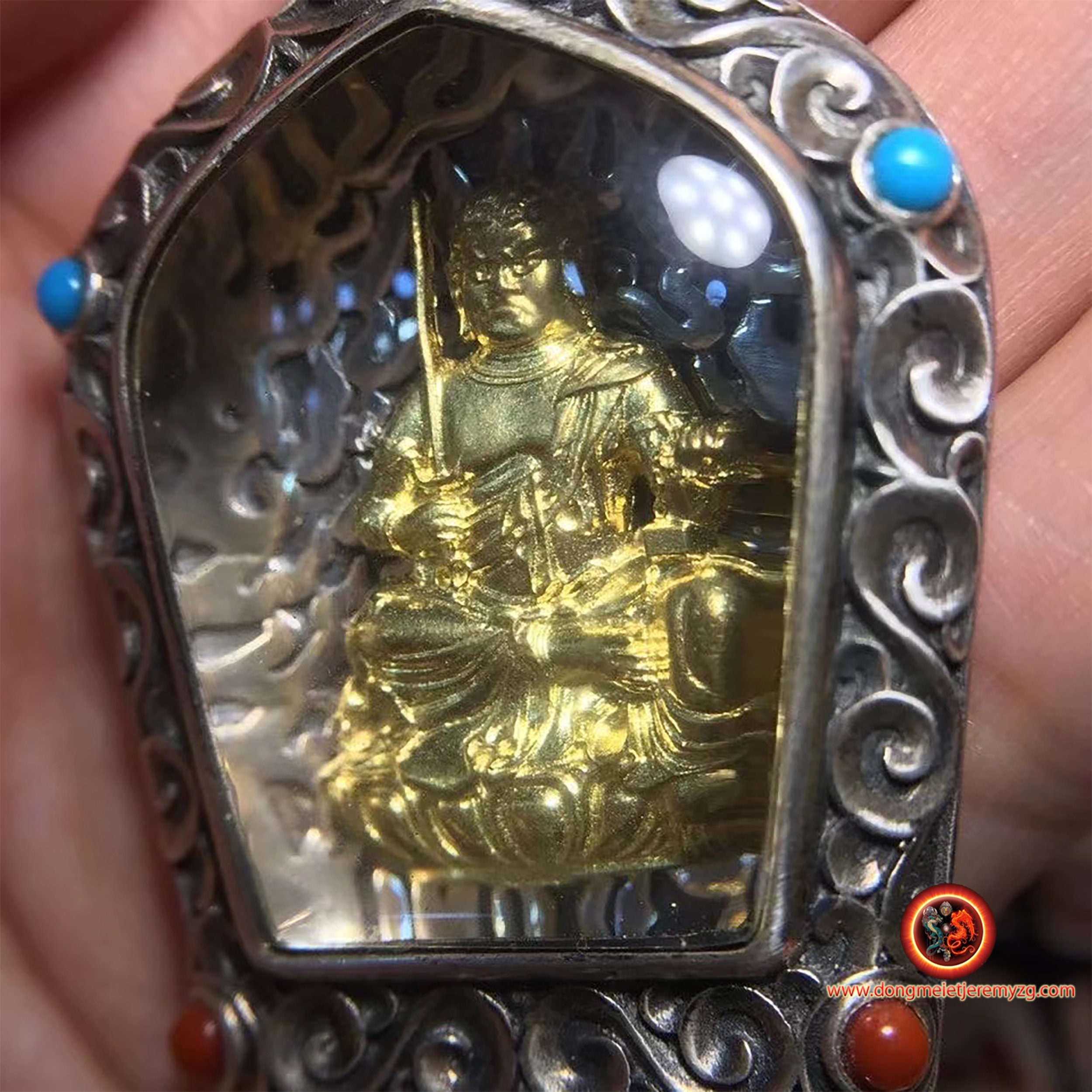 Mala, Mala Tibetan,
Buddhist rosary. Mala 108 coconut beads from Indonesia, 6mm in diameter each.
The quality of the coconut of Indonesia makes it a sought-after wood due to its density and its remarkable fat and silky side.

Acala the Immutable or "Acalanātha", the immutable master, is a Buddhist deity of mikkyo, a Japanese term meaning "esoteric teaching", refers to Japanese tantric Buddhism. It is practiced in the Shingon school and in some branches of the Tendai school.

Also revered in Tibetan, Mongolian and Chinese tantrism, the current "Tangmi" was long-lived for the latter, supplanted by Lamaism as early as the Mongol Yuan dynasty.

he is one of the five Vidyaraja, kings of knowledge and knowledge, lords of the magical sciences, wrathful gods embodied by Buddhas and bodhisattvas

cala, the leader of the Vidyaraja,is associated with fire and anger. Mostly represented in Japan,

Acala, from its mystical name Jôjû Kongô, "the eternal and immutable diamond", is the destroyer of passions. In esotericism, it is considered as a body of metamorphosis (Nirmânakâya) of Vairocana whose firmness of mind and the will to destroy evil he personifies.

He would assume, "against the obstacles, the energy of the follower himself", thus showing the power of compassion of Vairocana. His sword serves him to fight the "three poisons": avarice, anger and ignorance. With his left hand he holds a rope (pâsha) to catch and bind evil forces and prevent them from harming. Acala having made the vow to extend the life of his faithful by six months and to give them an unshakeable resolution to overcome the forces of evil, he is sometimes, as such, invoked as "prolonger of life".

In Tibet, Acala is called Achala- Vajrapani and is a Dharmapala (guardians of the teachings). He is depicted with 4 heads, four arms and four legs, trampling on demons. He holds the sword, the rope, a vajra and a skullcap.

We have also incorporated into this mala a Tibetan sacred agate, also called DZI.
Our contemporary Dzis are made according to tradition, by Tibetan craftsmen located at the crossroads of Yunnan, Sichuan and Tibet in the Tibetan prefecture of Gyaltran at 4000 meters above sea level.
The stone is agate, and the drawings on its surface are made by the hand of man, but according to a secret technique. A mixture of plant and lead is applied to their surface, the whole thing is cooked (at about 1200 degrees); at the exit and once the mixture is removed the drawings appear. According to some sources, some of the oldest Dzi would have been colored FROM THE INTERIOR using secret techniques lost for a long time...

This DZI is called the DZI of nectar.
According to Tibetan tradition this pearl dZi brings a lot of luck to its owner, offering wealth and longevity. He grants prosperity, wisdom to those who are anxious to know, enlightenment to those who seek a spiritual path.

The Dzi is a Tibetan pearl, of distant origin, bringing many mystical benefits and benefits to its wearer. He is a Tibetan talisman or amulet, the king of lucky charms, sometimes revered as a true deity. The success of the Tibetan pearl comes from its multiple eyes, up to 21.
The Dzis are supposed to bring good fortune, ward off evil spirits, and protect its wearer from dangers and accidents, and even bring longevity and good health.