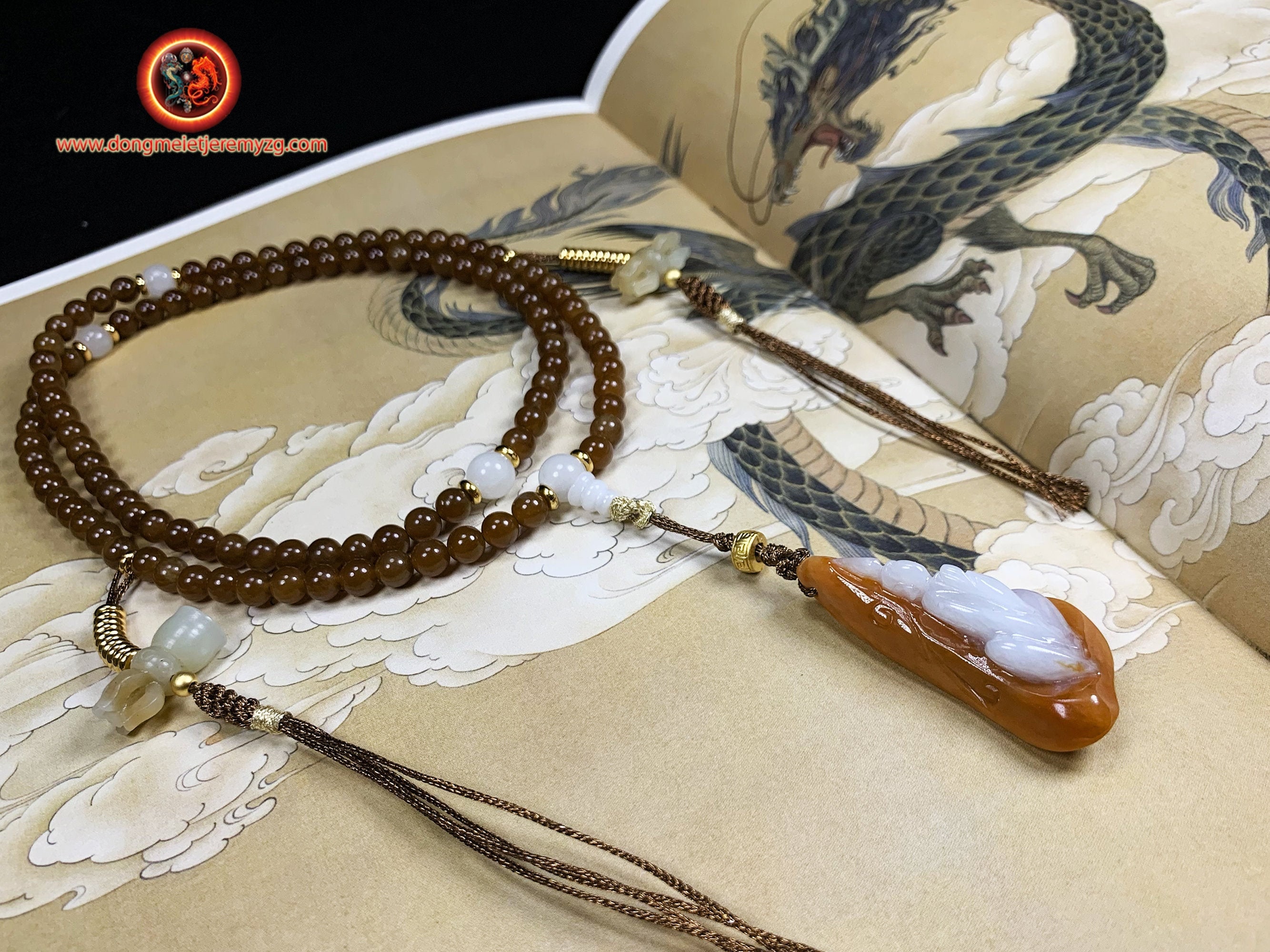 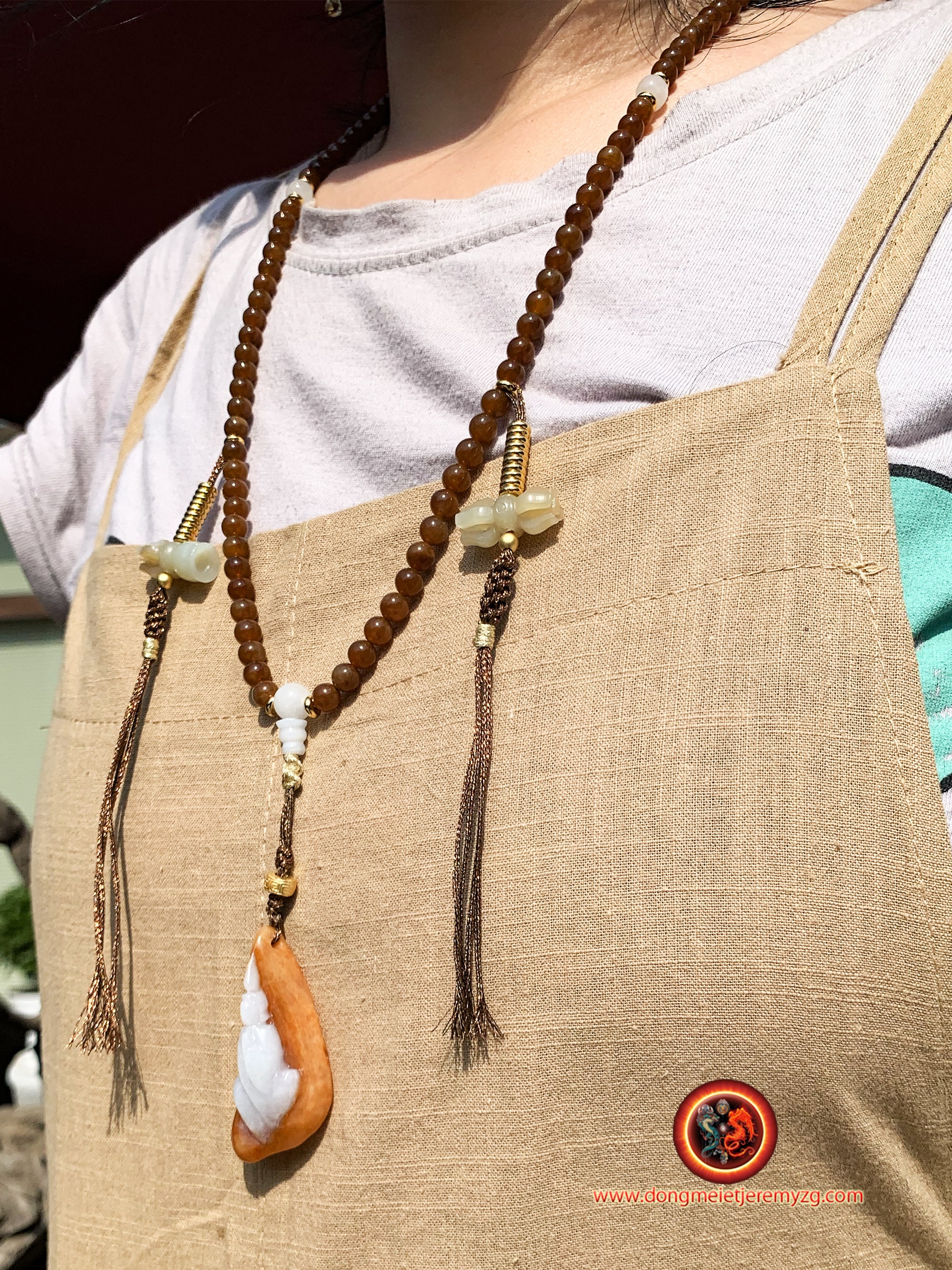 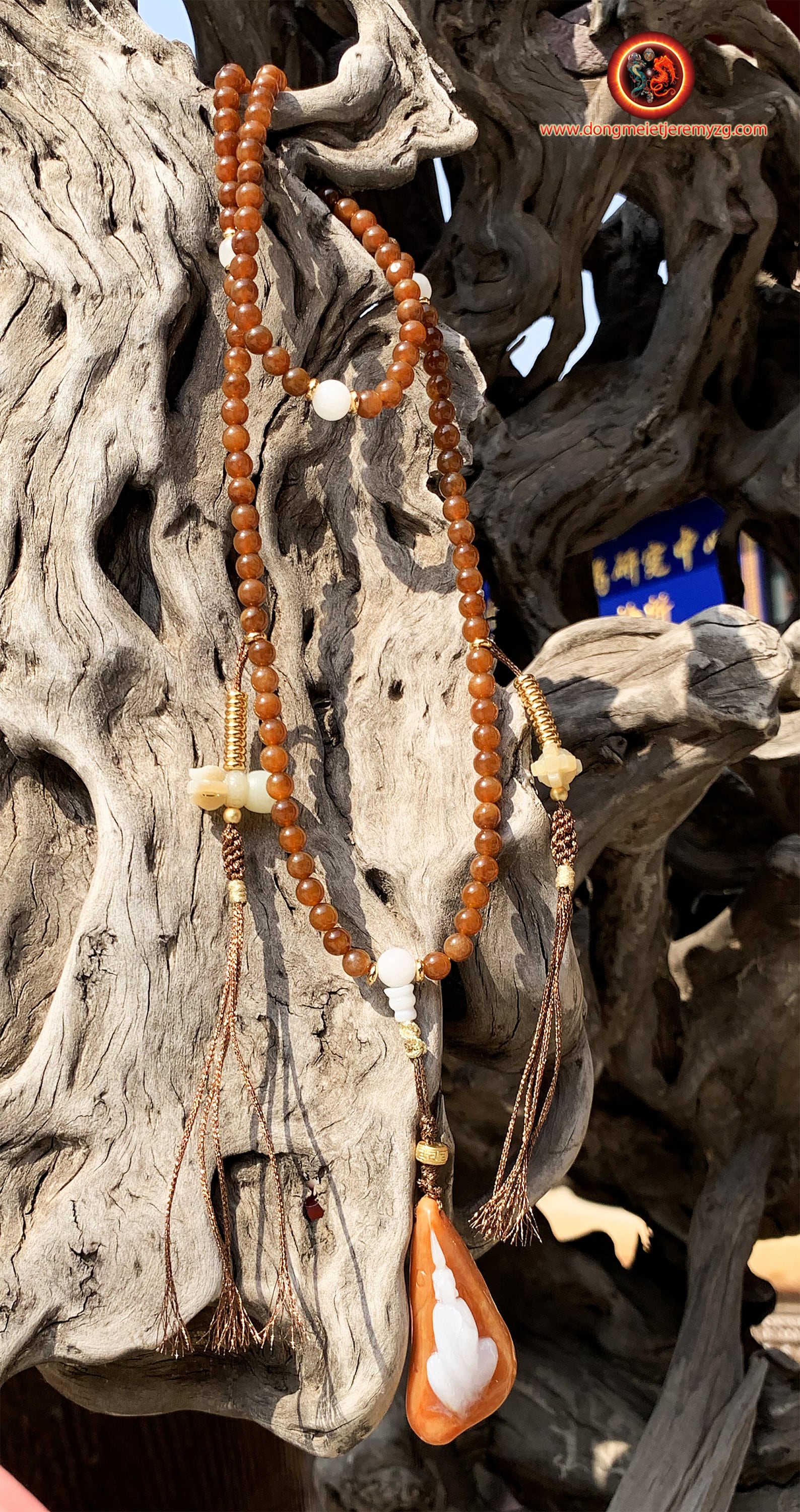 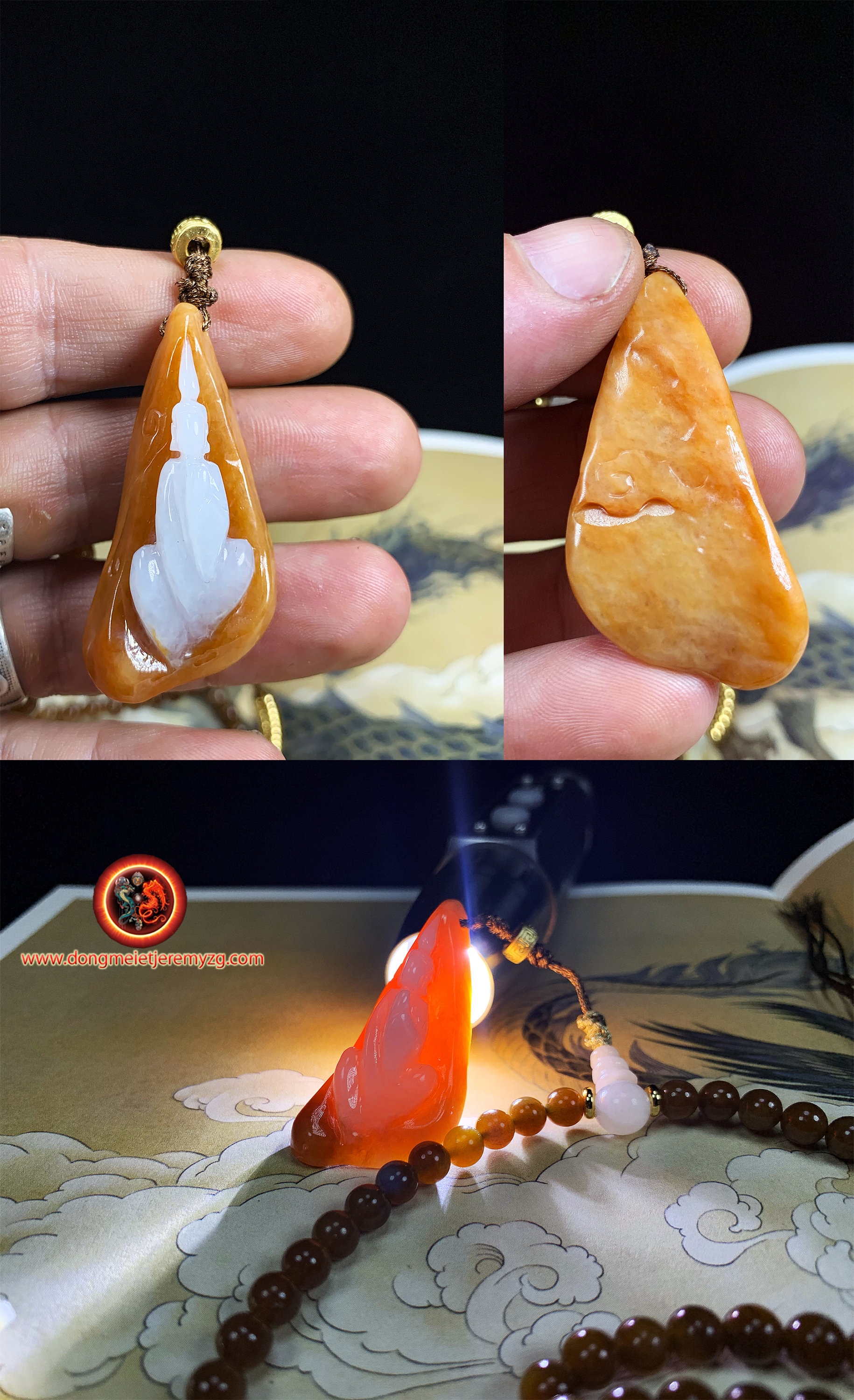 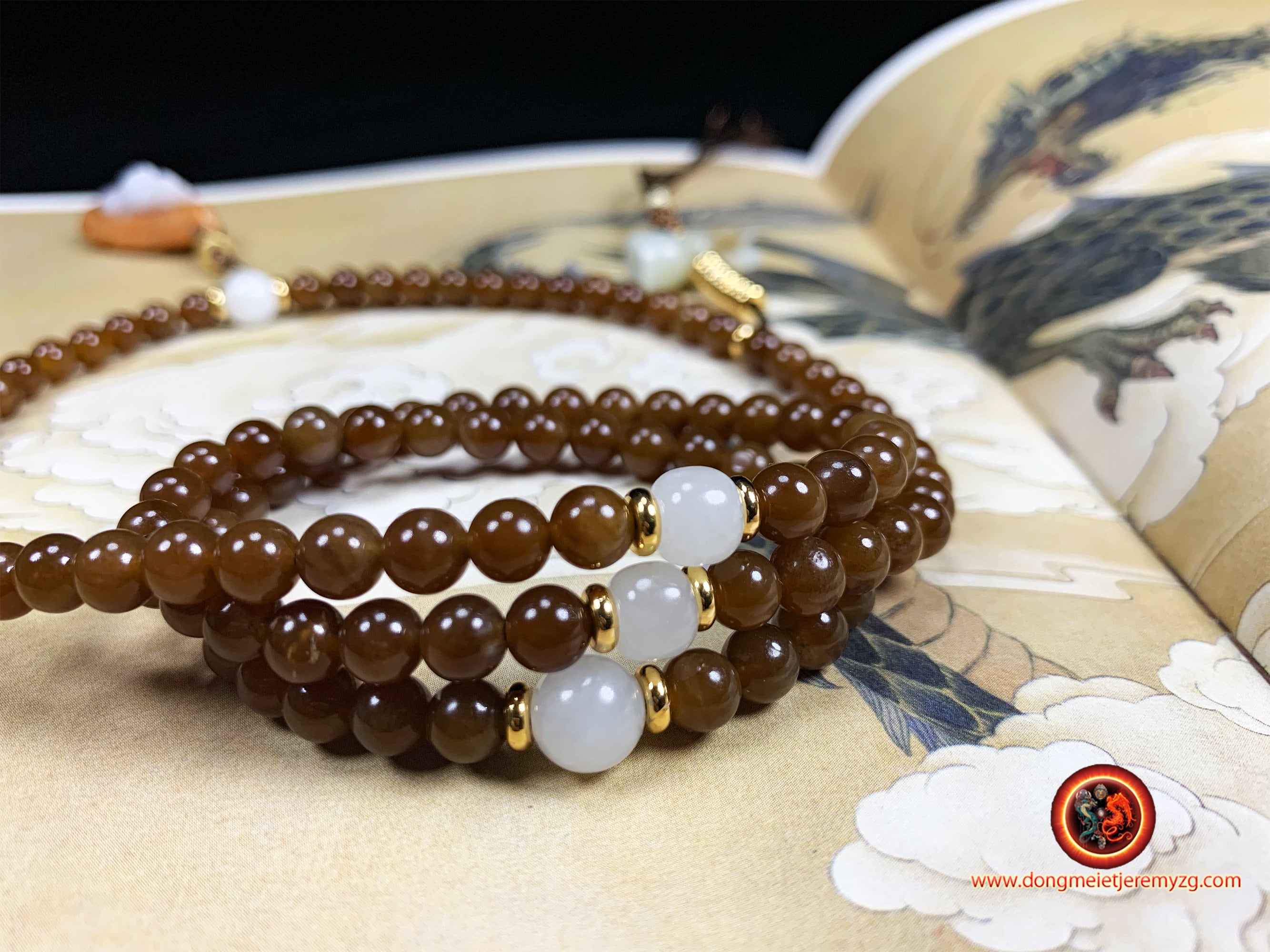 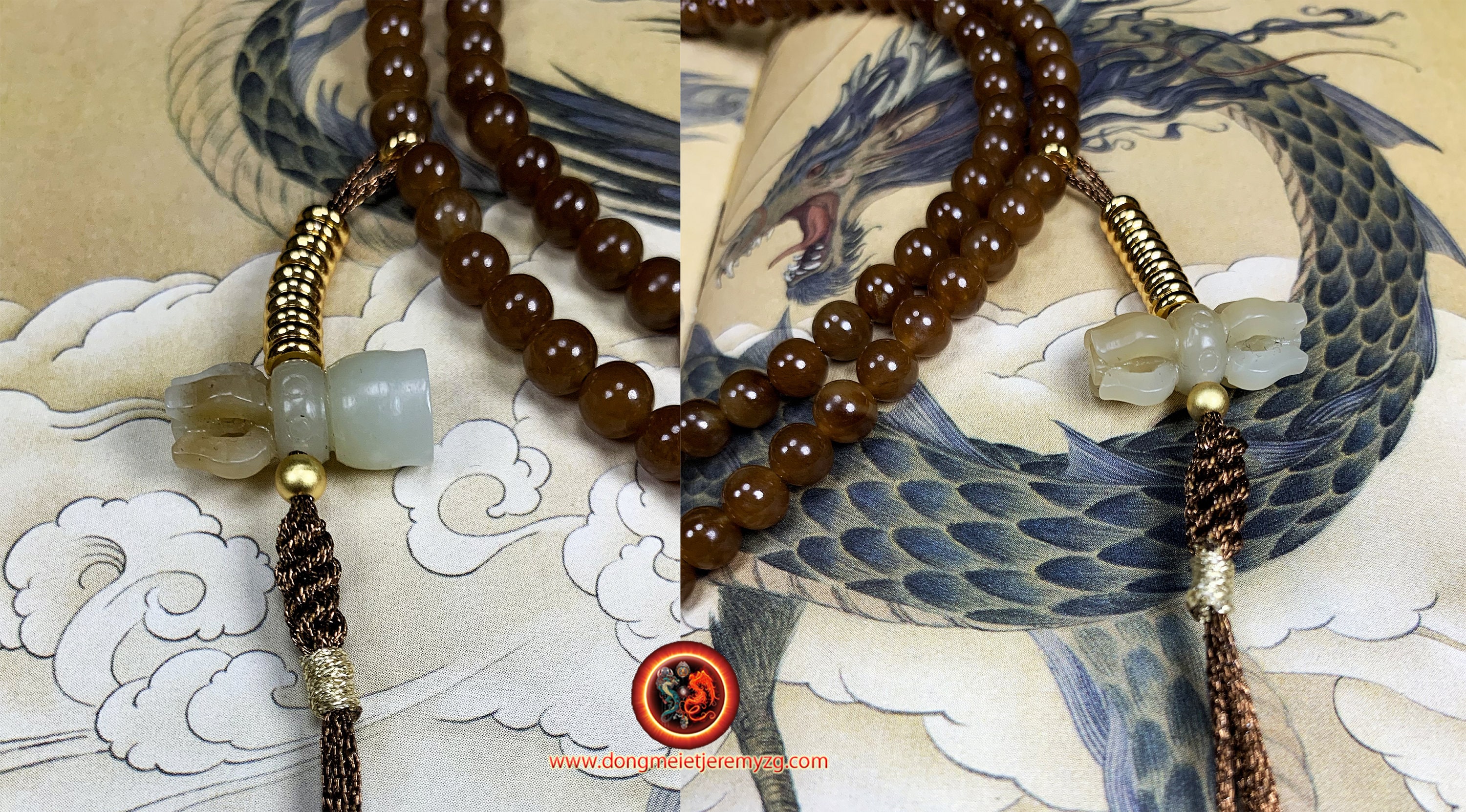 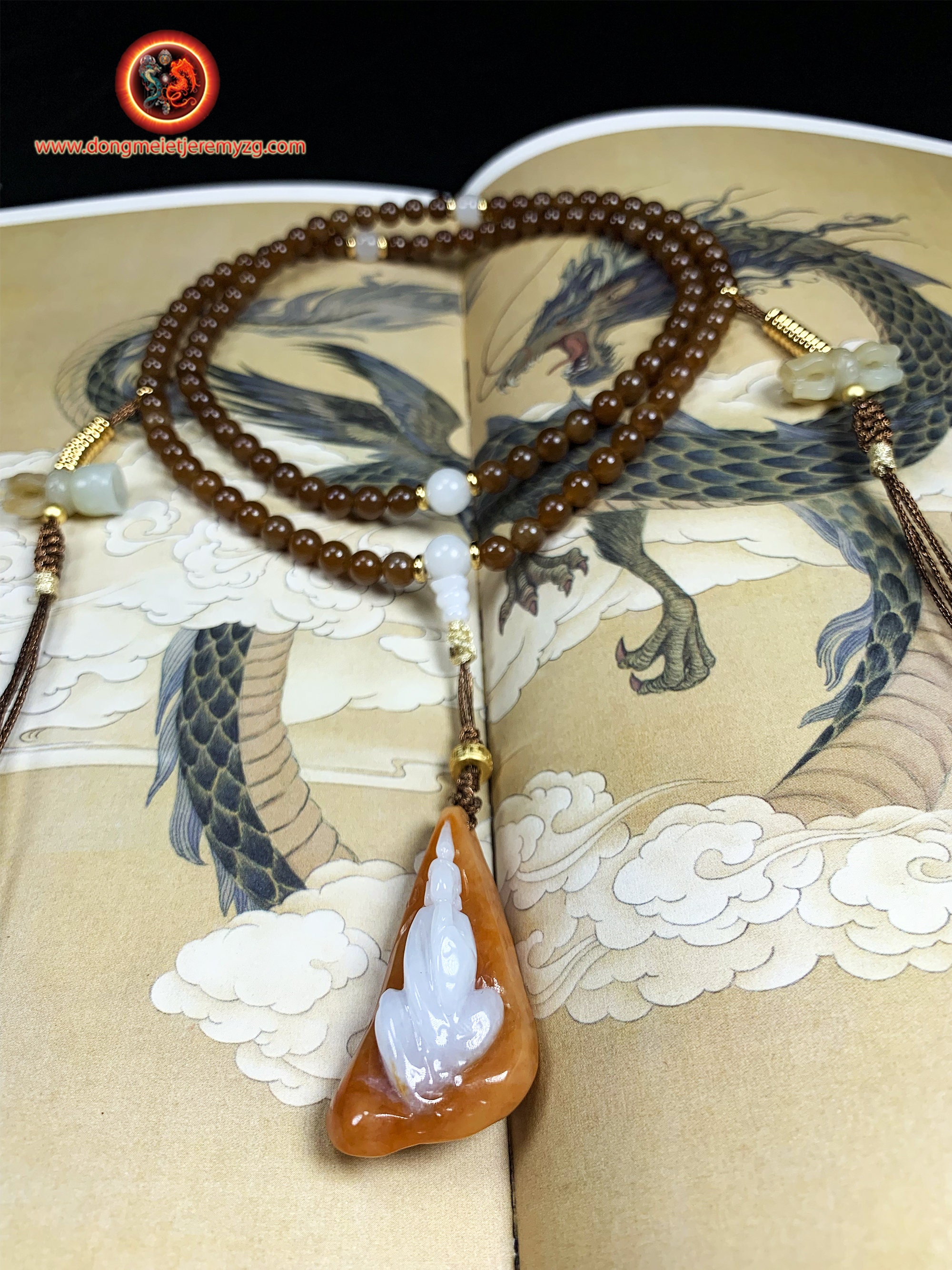 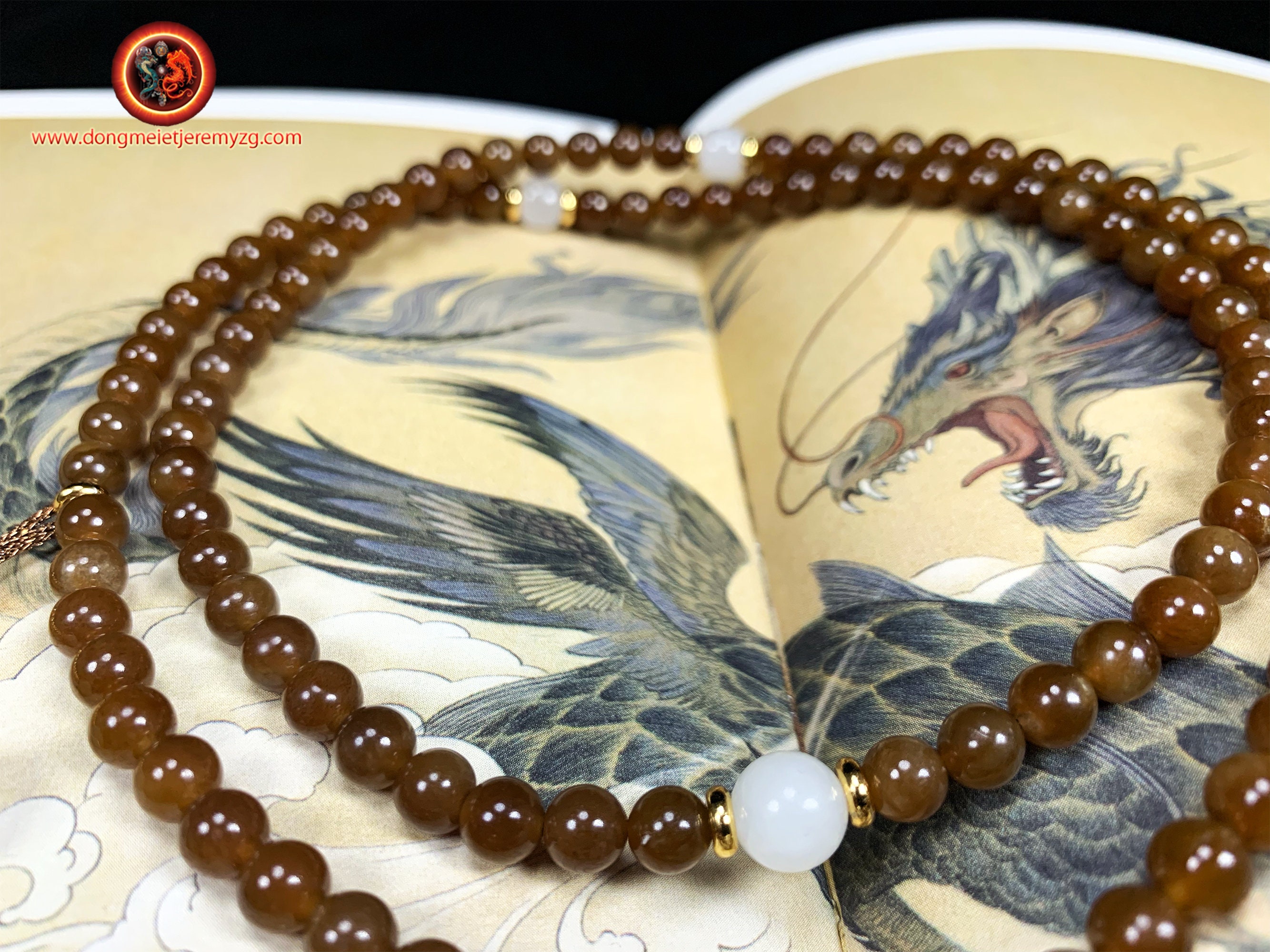 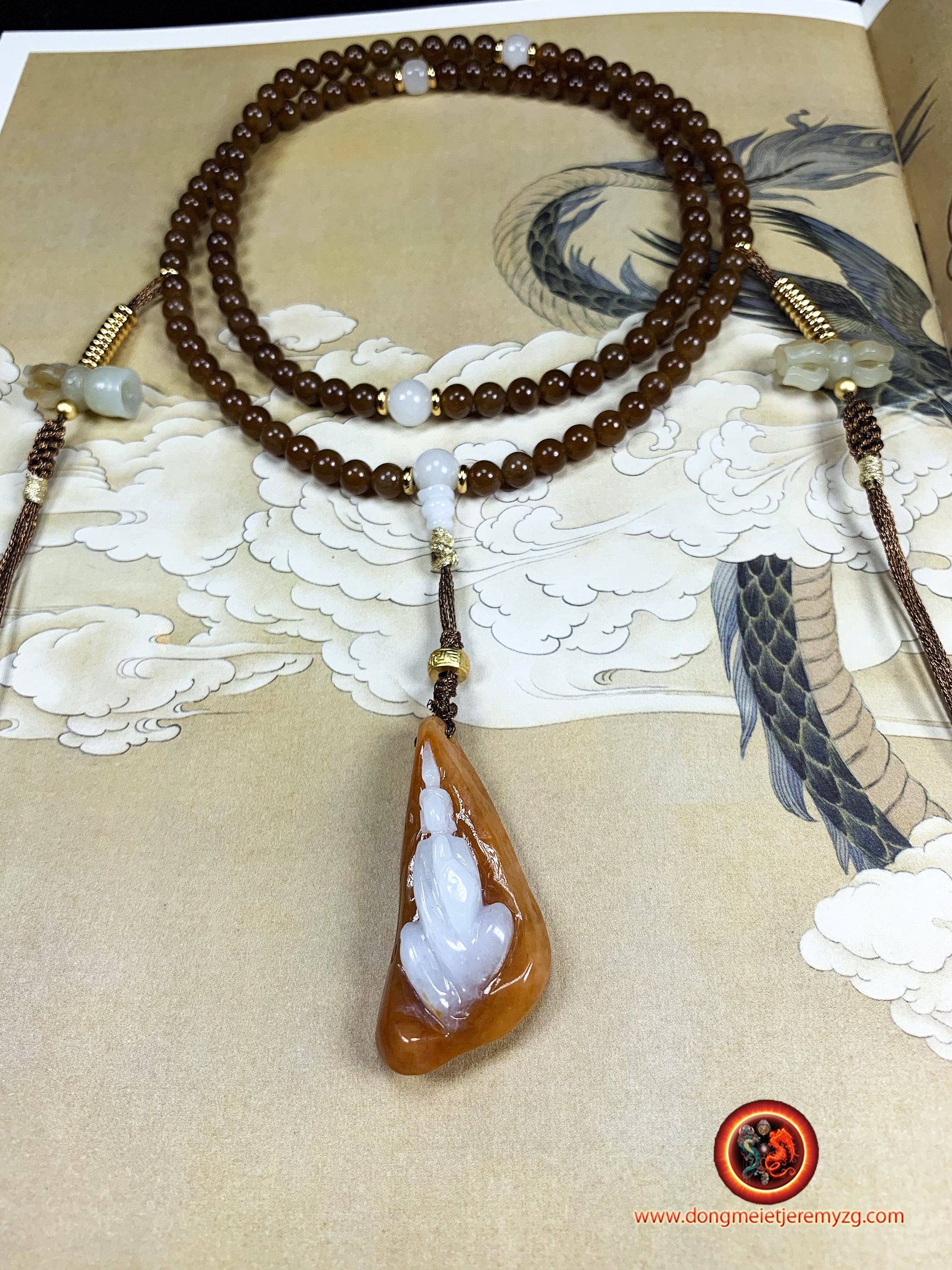 Mala 108 jade beads of 6mm diameter nephrite type, originating in the province of Xinjiang called "caramel jade" because of its color

The three counterperles as well as the finishing bead are made of white nephrite jade originating in Qinghai province.

The colors of jade:
Primary colors, such as white, black, purple and green, are due to a partial substitution of aluminum ions in the structure of jadeite.
Pure jadeite, NaAlSi2O6, is colorless or white, but if chromium or iron replace aluminum, then the color resulting from this substitution may be green. This first group of colors is directly related to the structure, and therefore is called the primary group.
Secondary colors such as red and yellow, appear when the jadeite has been exposed to the surface of the earth. Oxidation and hydrolysis lead to the decomposition of the surface and solutions containing ferric oxide infiltrate the jadeite to form limonite and hematite in the intergranular spaces, hence the yellow or red color. Since the color group occurs after the crystallization of jadeite, it is called a secondary group. It is also called the "skin color" of raw jadeite.
White jadeite: the composition of white jadeite has a pure chemical composition without ions such as chromium or iron at the origin of the color. Under the microscope, the crystals appear sharp, without chemical alteration. This result is confirmed by X-ray diffraction analysis.
Purple jadeite: Violet-colored jadeite exists in several different tones: pinkish purple, bluish purple and red purple. In general, the jadeite of this color is rather pale. It has long been thought that purple jadeite is colored by manganese ions, but no convincing analytical data has confirmed this view. In 1974, G.R. Rossman suggested that the color purple was due to elements of ferrous and ferrous transitions. This was confirmed by performing visible light spectrum measurements.

Video of mala available via this link
https://youtu.be/61nBnxVfV_I

Our explanatory article on mala available via this link
https://www.dongmeietjeremyzg.com/post/1037950288233/mala-histoires-et-explications-du