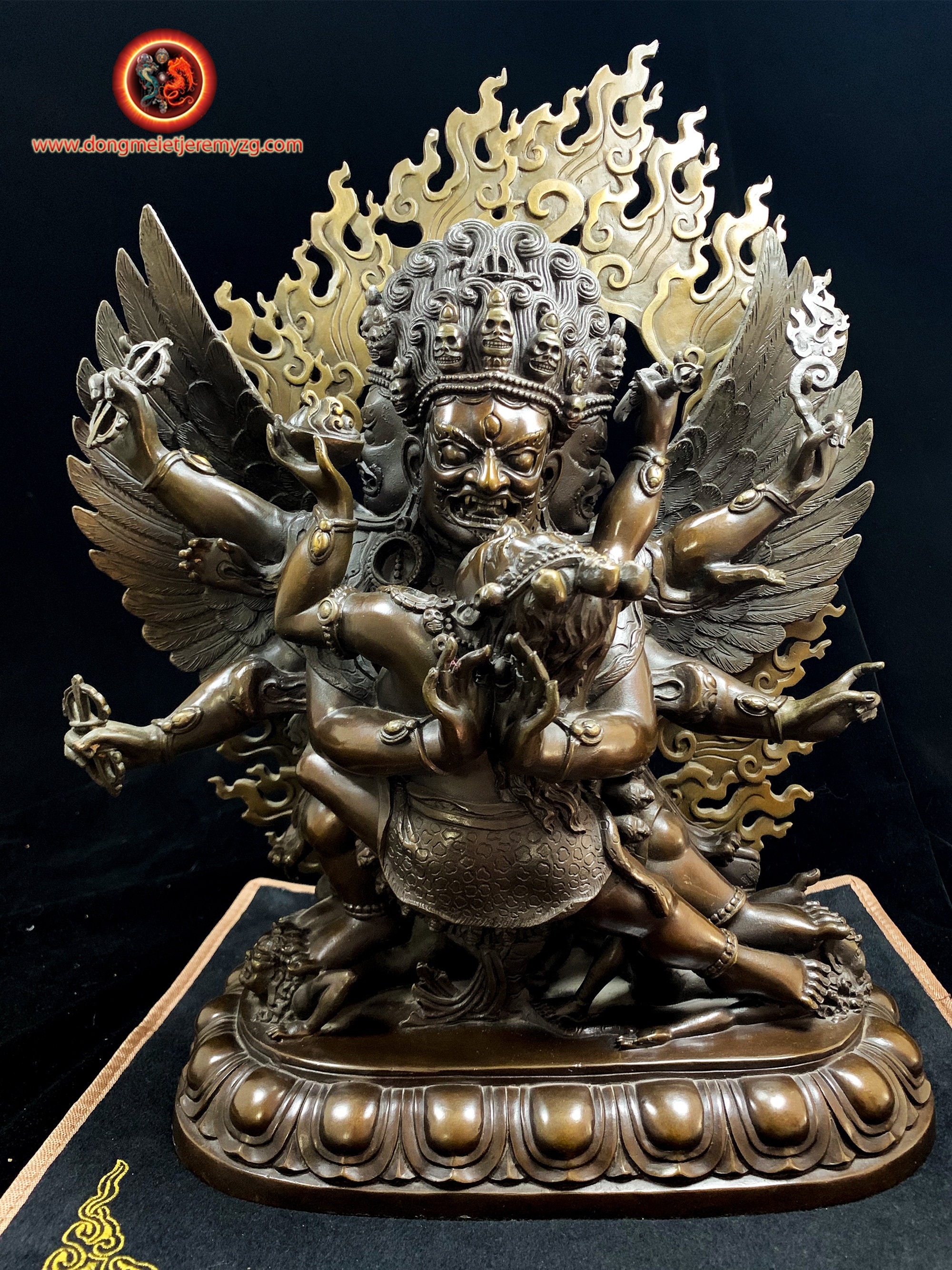 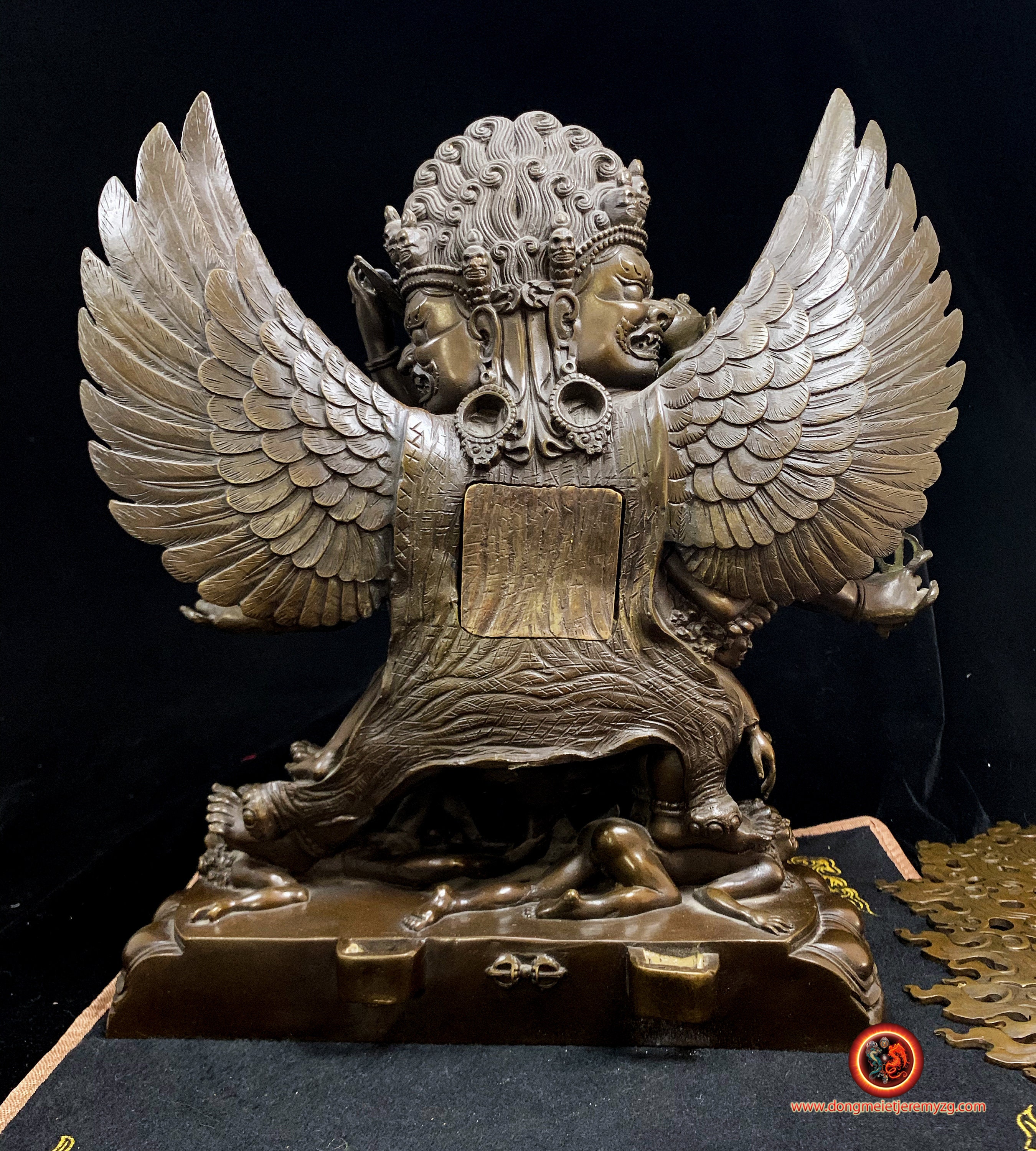 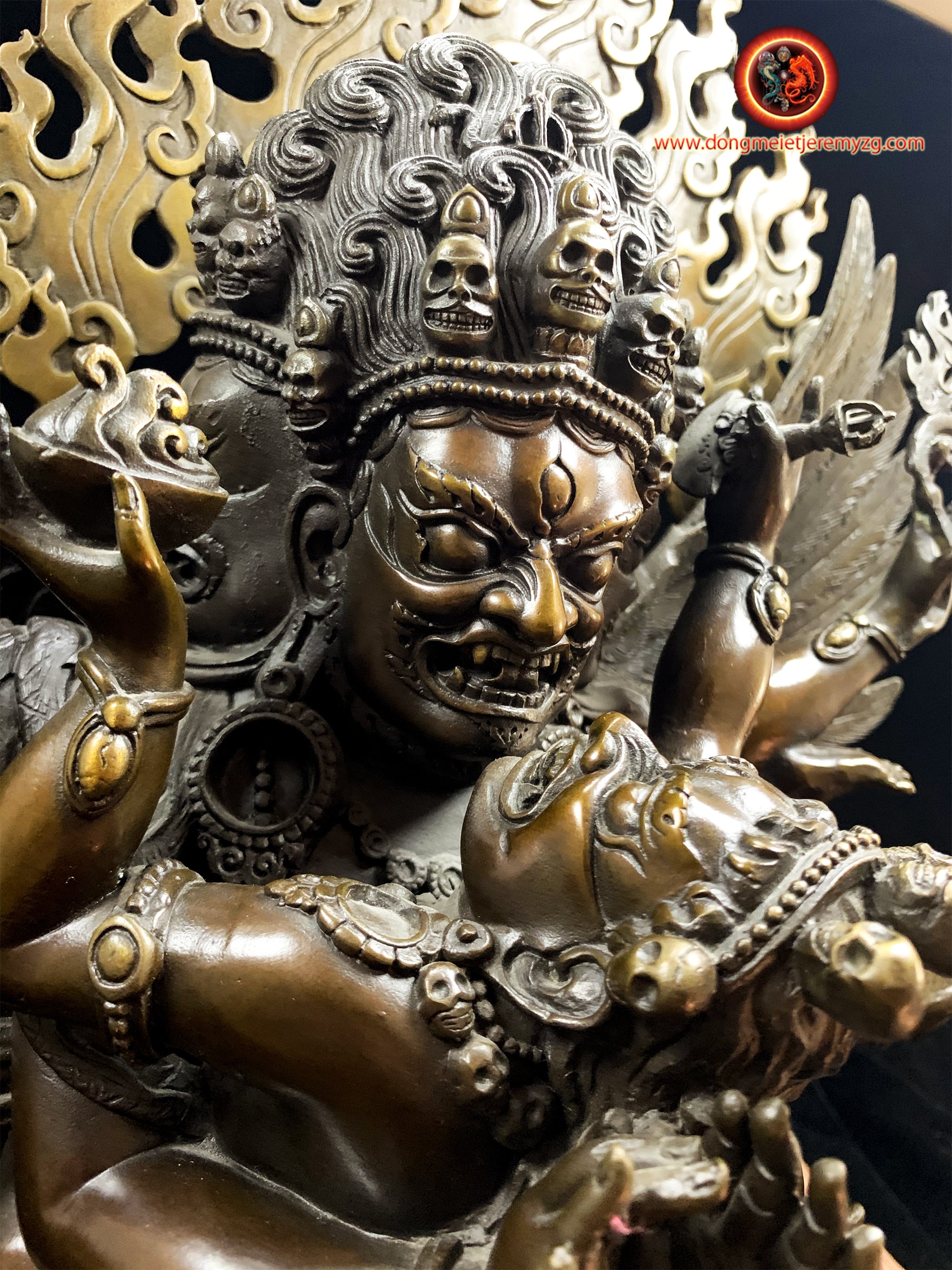 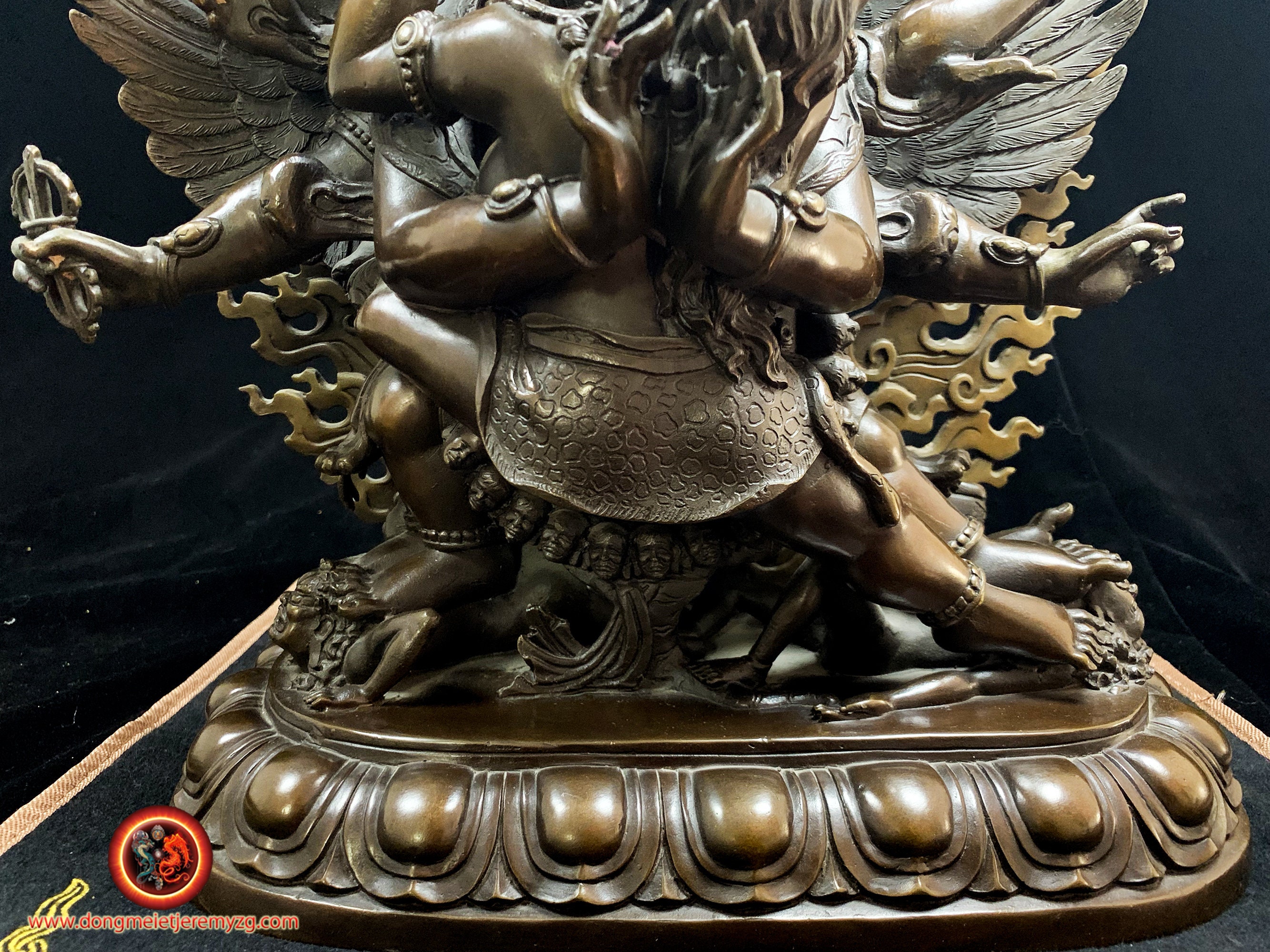 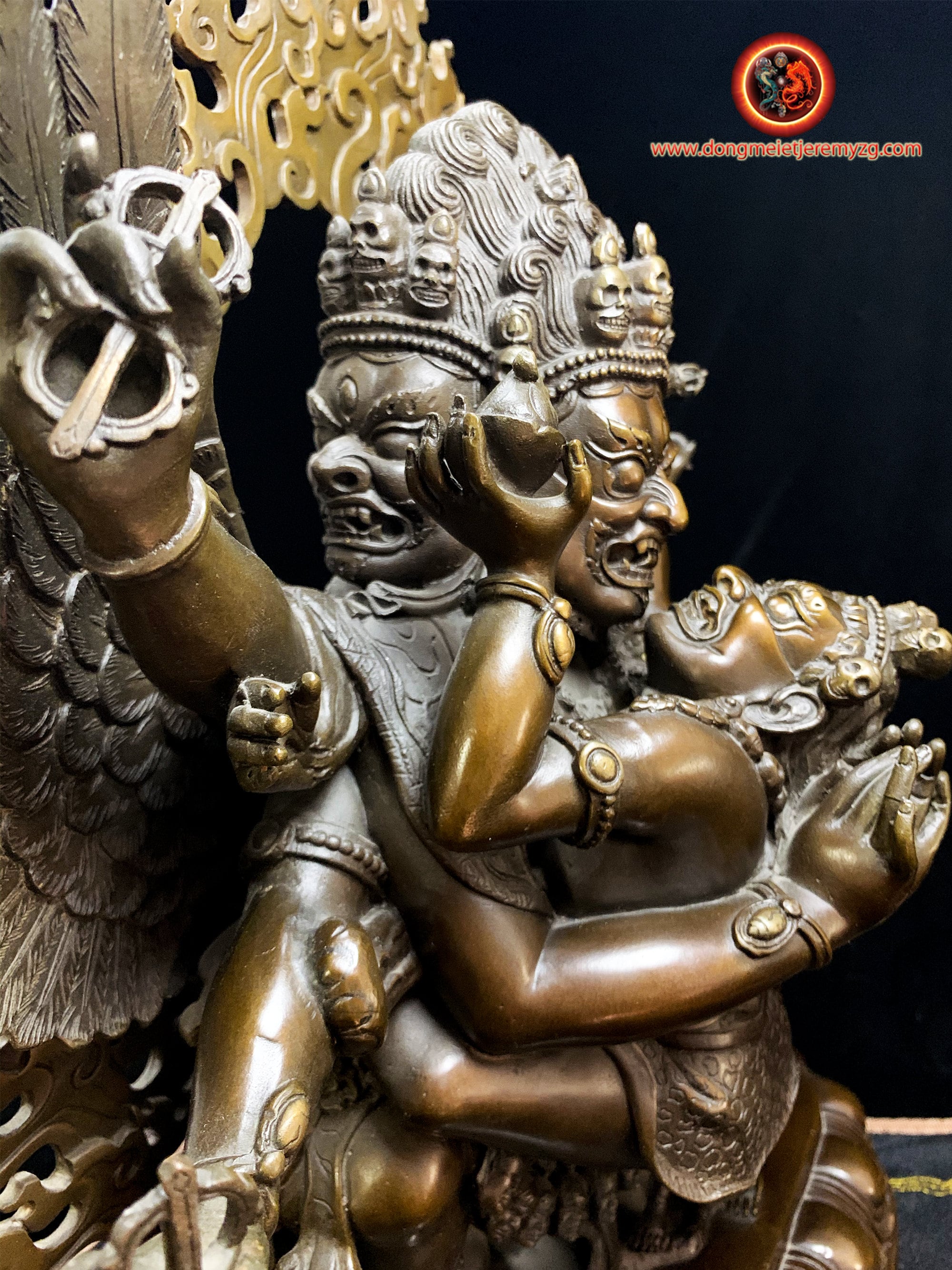 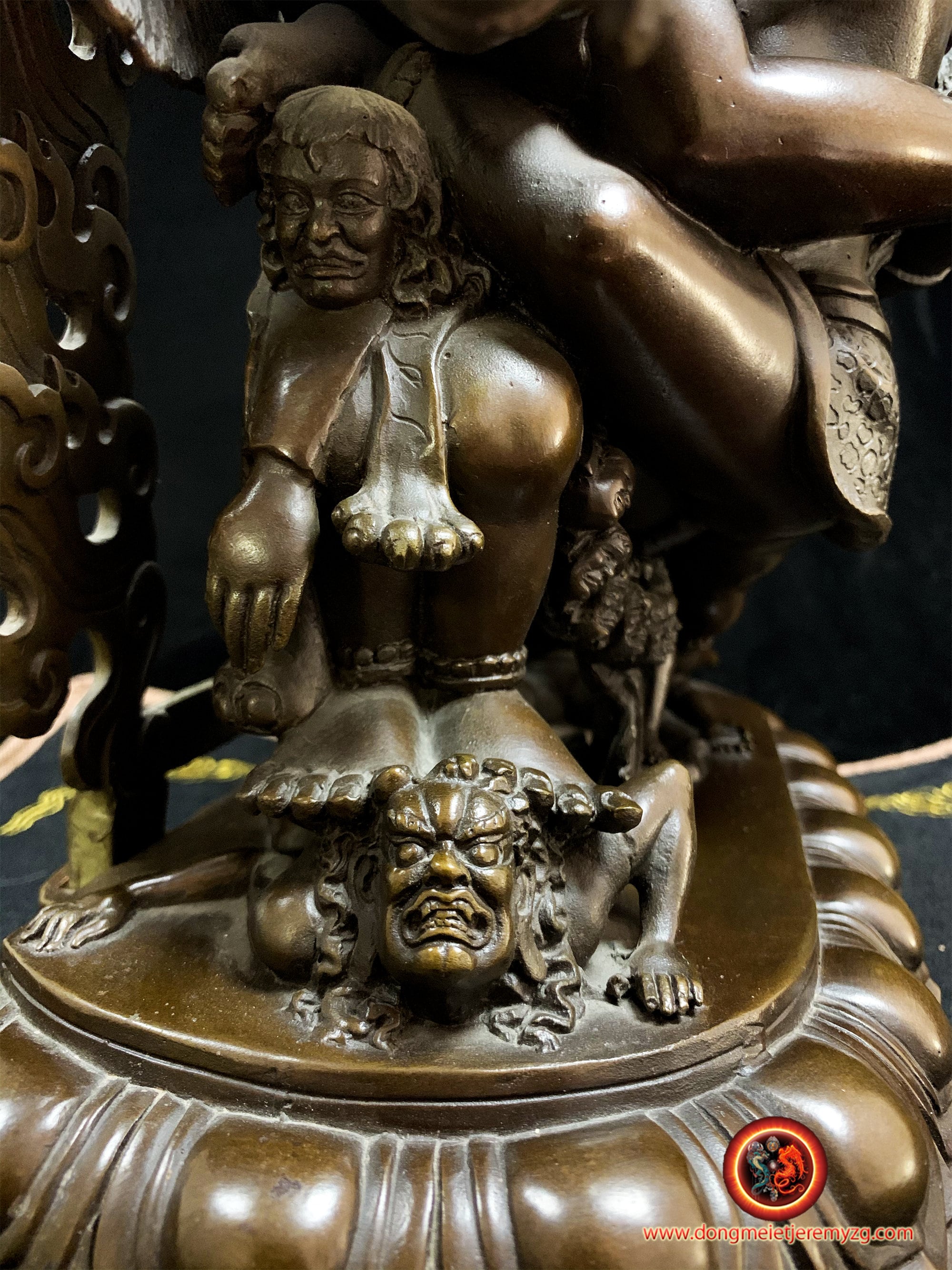 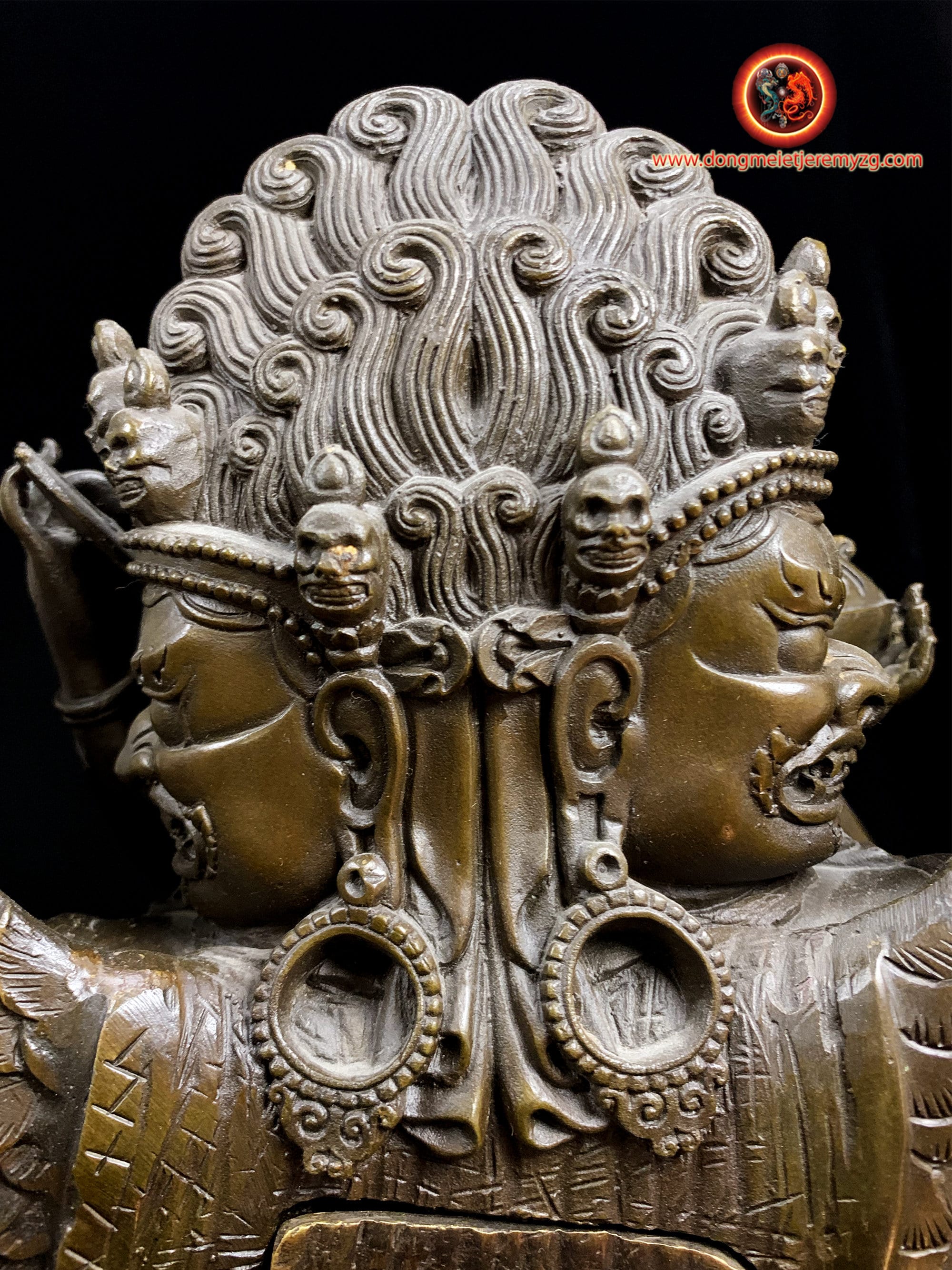 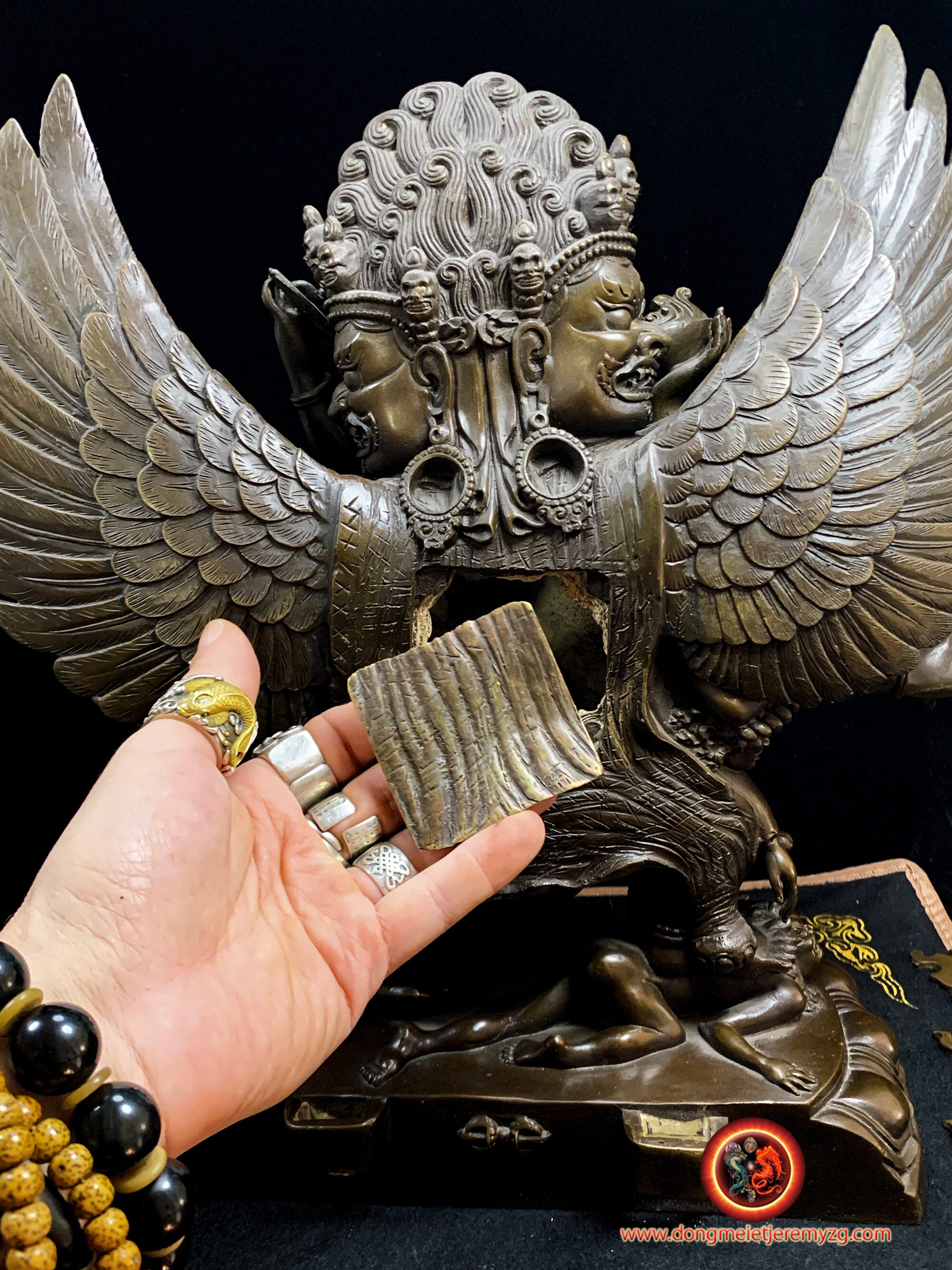 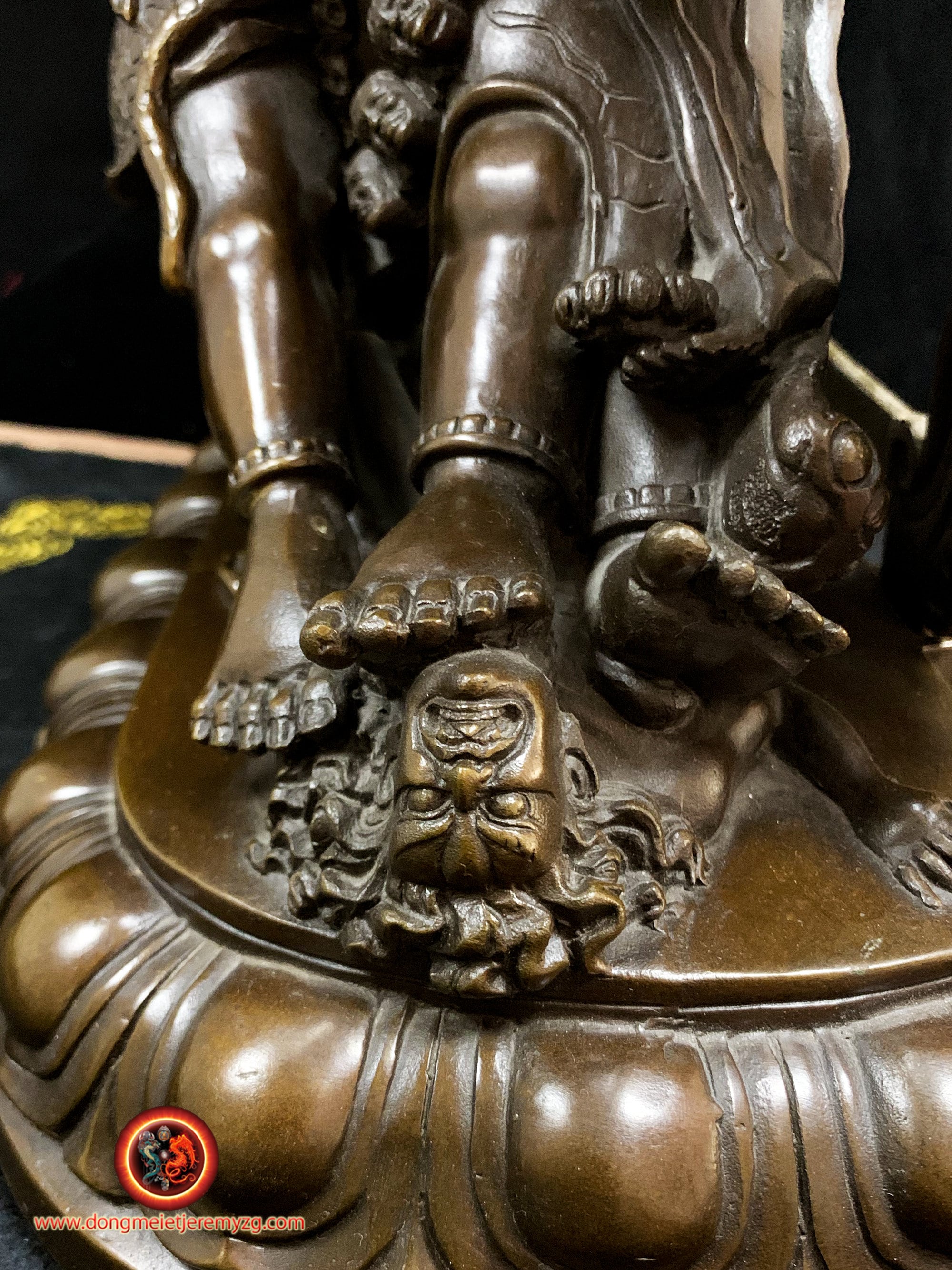 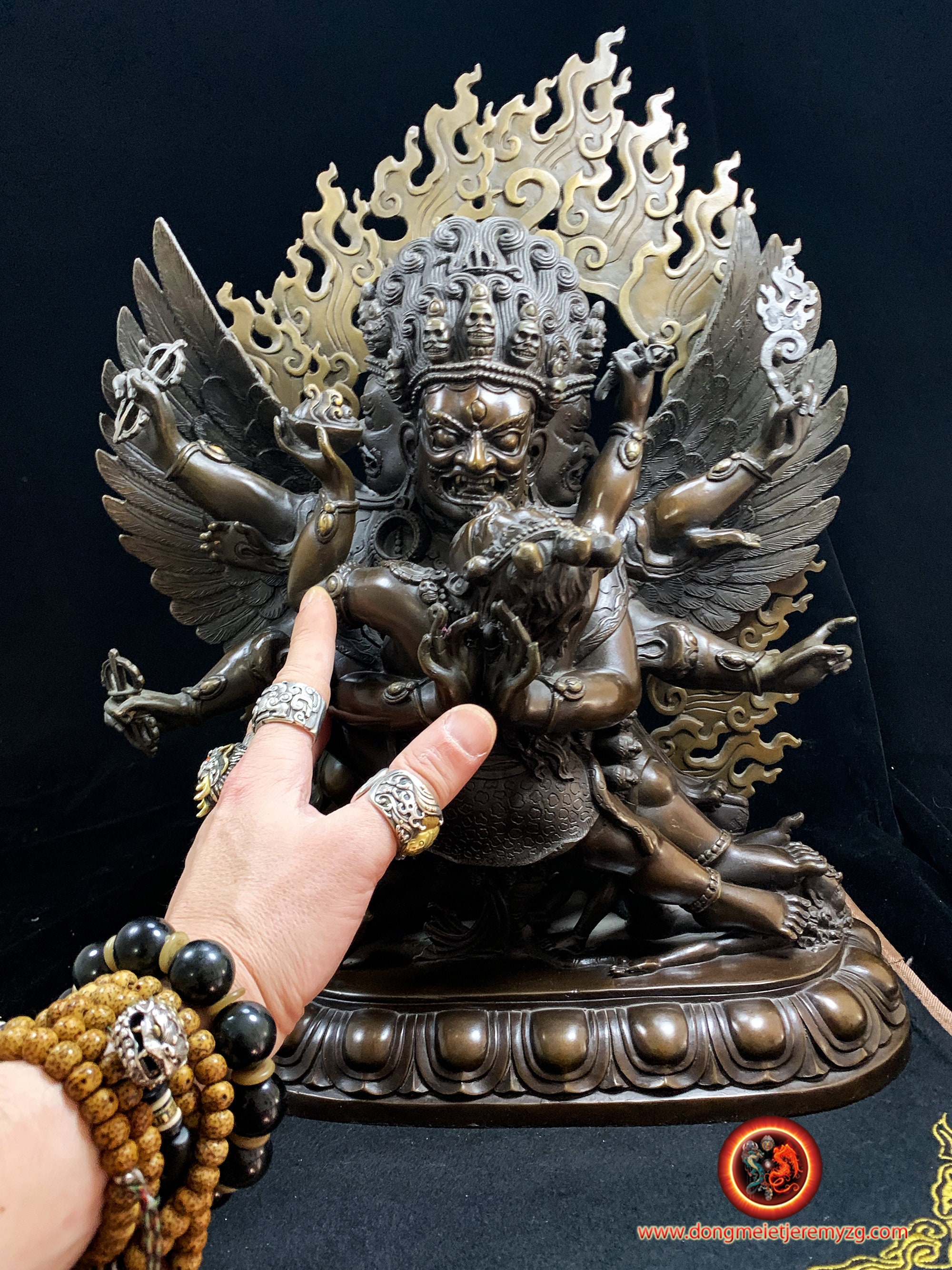 Rare and exceptional piece of 45.5cm high by 33cm wide and 15cm deep
Weight of about 12kg

Video available via this link
https://youtu.be/Us-1TI7CSq4

Traditionally, a lid is located behind the room at the level of the back (2nd and 8th photo) in order to place offerings, prayers, mantra, during the so-called "opening of the eyes" ceremony making the statuette invested with the power of the deity represented.

This statue was made by Tibetan bronziers, specialized in the making of statues and ritual objects for Buddhist vajrayana temples.